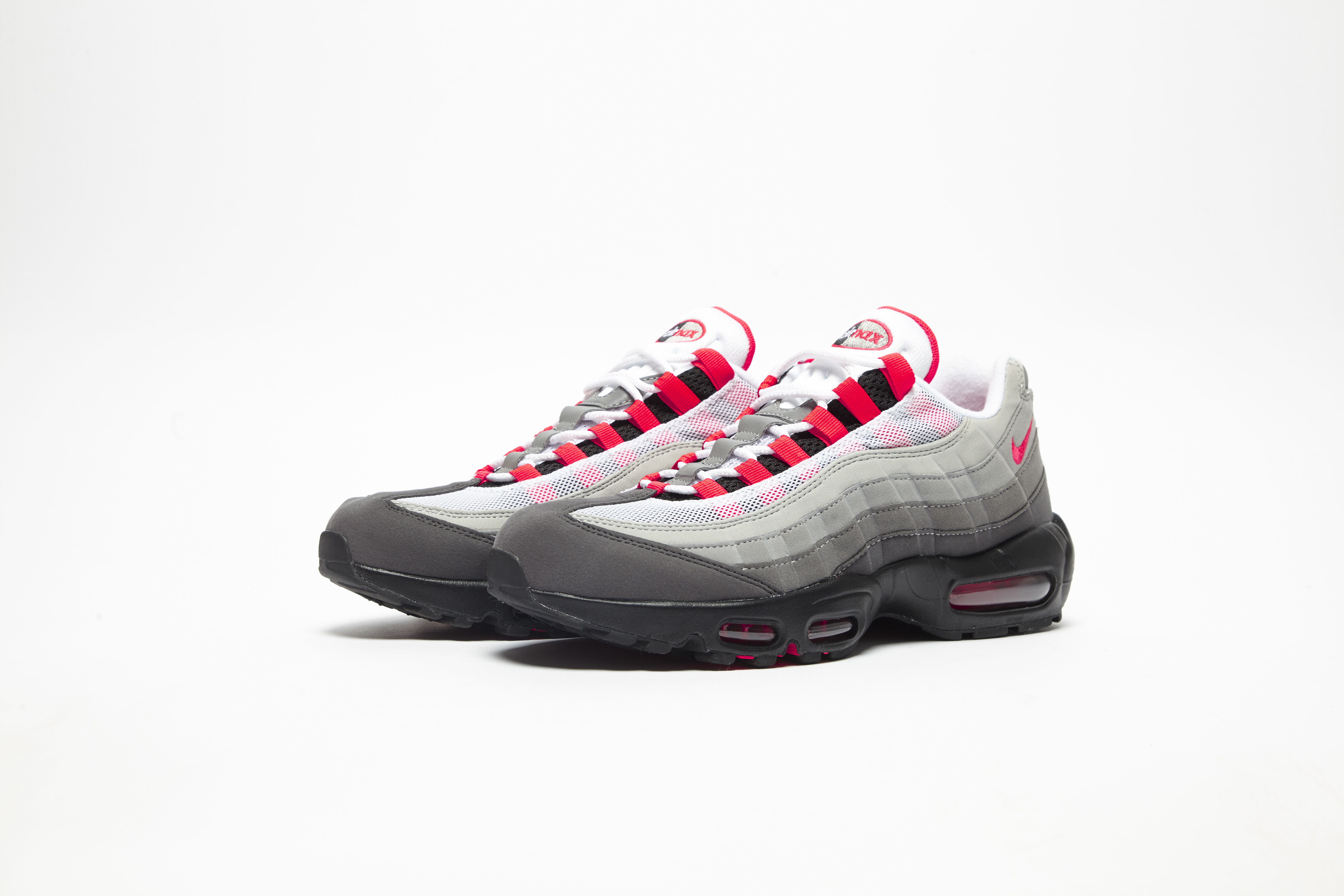 Back in 1995, Nike saw an opportunity to shift the direction of the performance sneaker market at the time. With so much focus on basketball, partly down to the domination of Michael Jordan's signature line, the brand's Air Max family needed a fresh perspective and Nike brought in ACG designer Sergio Lozano to spearhead the project. Lozano positioned the revolutionary Air Max 95 project as a means to recapture the public's attention towards visible air.

Inspiration for the Air Max 95 came to him one rainy day in Nike headquarters’ home of Beaverton, Oregon; “I was looking across the lake out into the trees and I began picturing the process of rain eroding the earth and thought it would be interesting if the perfect product was unearthed by erosion,” says Lozano. The final shoe had an upper with layered panels that resembled muscle fibers and flesh, Nylon eyelets that were fashioned after ribs, a midsole that took after the spine, and a gradient that resembled geographical striations of eroded rock walls. A black midsole and the now-iconic grey upper was paired with a number of coloured accents including Nike's signature 'Volt' and the returning 'Solar Red.' Originally considered an outcast among Air Max silhouettes, the 95 gained a cult following thanks to it's unapologetic appearance, and youth culture soon rallied behind the Air Max 95 and the Air Max franchise blossomed into a style staple. Fast-forward to 2018 and the Air Max 95 is making a return in dressed it's original 'Solar Red' colourway. The layered upper takes on the white to black gradient which merges seamlessly into the black midsole. Underfoot the Air unit takes on the 'Solar Red' tone, alongside the nylon eyelets and signature miniswoosh on the heel. The Air Max 95 'Solar Red' are available online and in selected size? stores, priced at priced at £130. 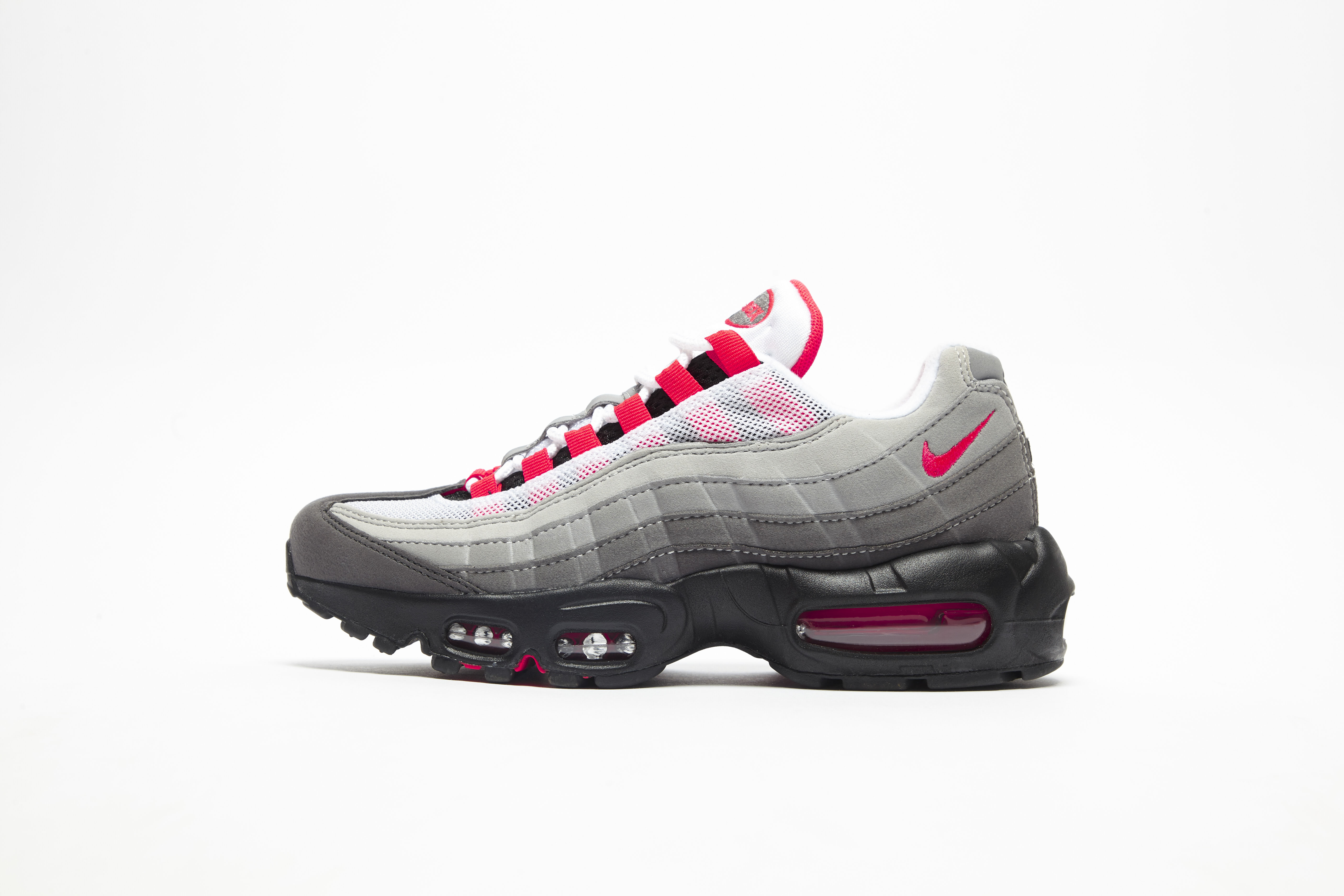 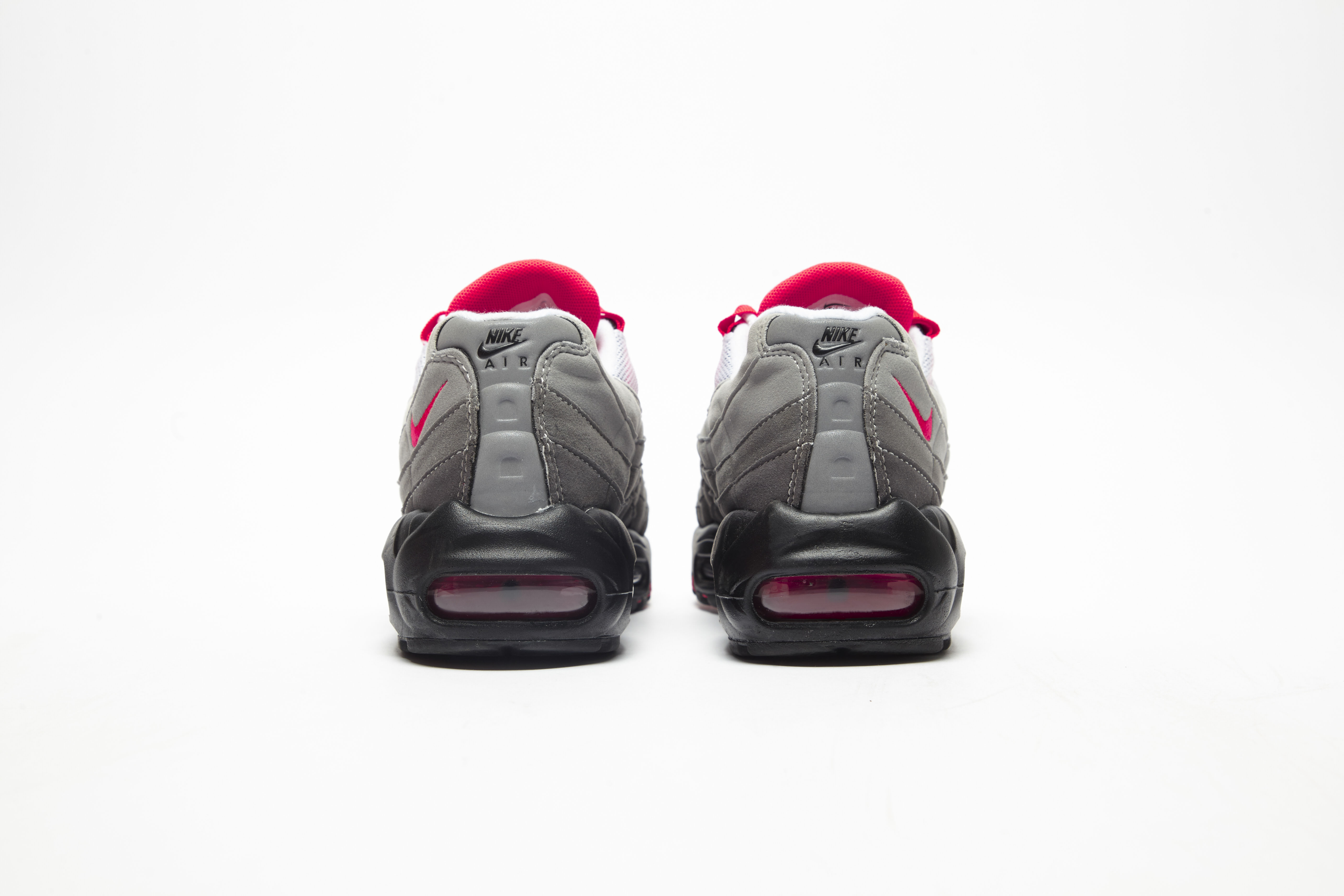 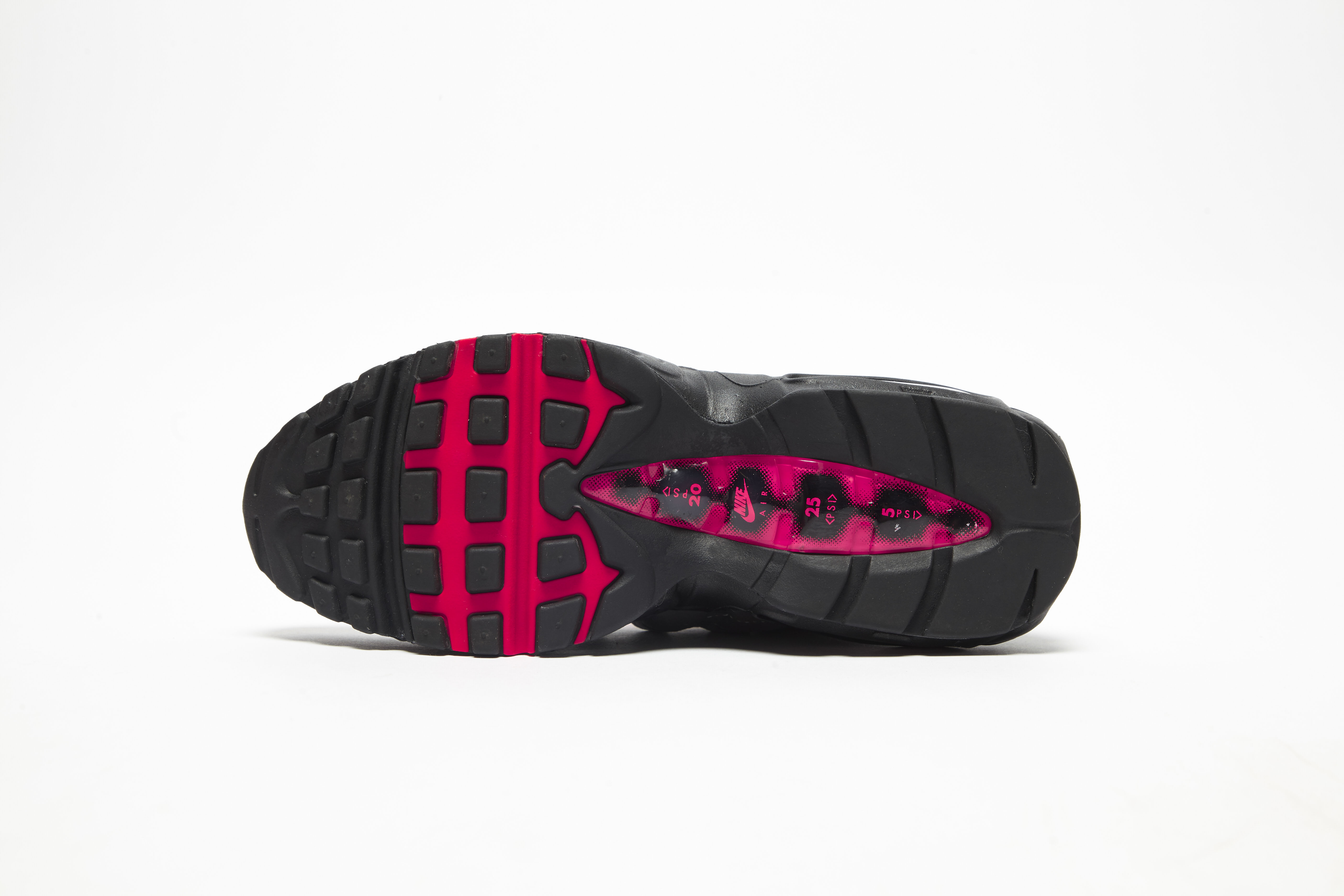