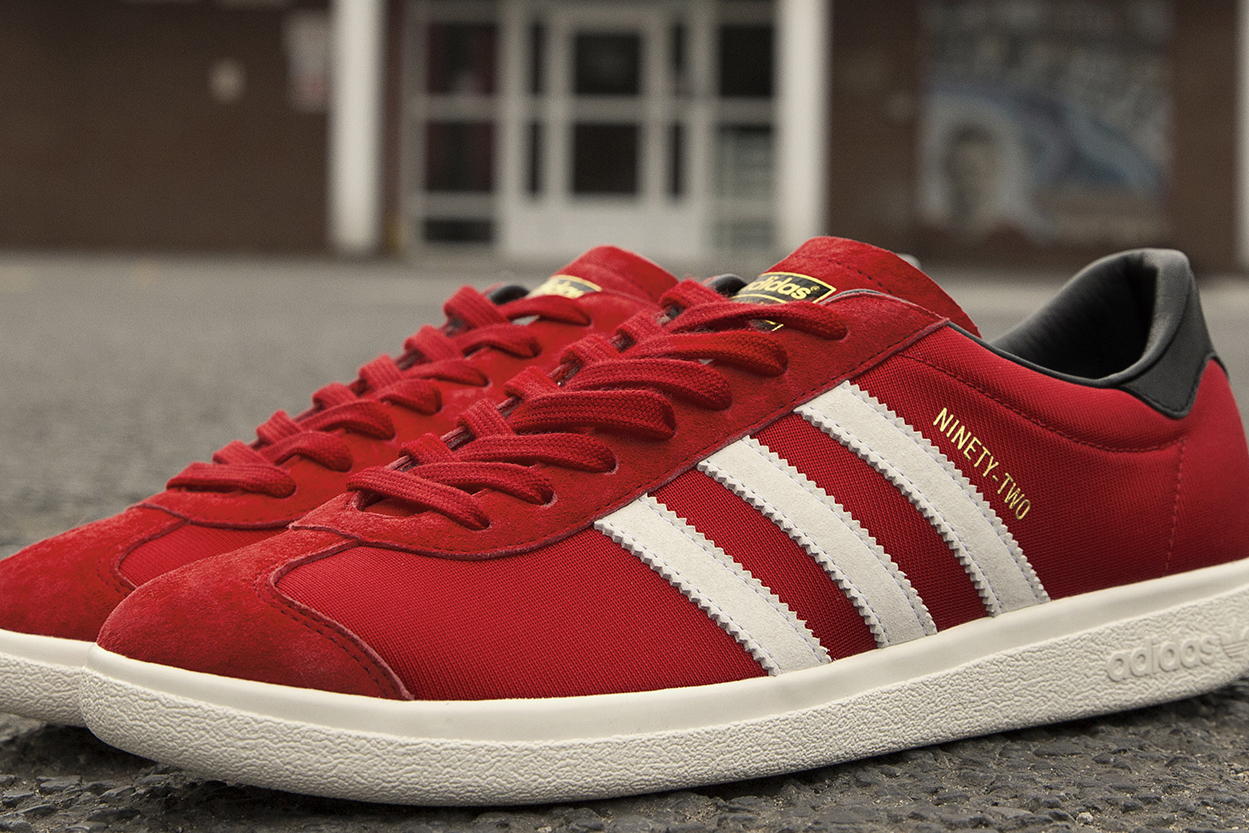 To commemorate and celebrate the 25th anniversary of Manchester United’s class of ’92, which boasted players such as David Beckham, Ryan Giggs, Gary and Phil Neville and Nicky Butt - who would all go on to become world class footballers and initiate a golden age in British football - the club and adidas Originals have teamed up to release their third super-exclusive silhouette. With only 1,992 being made available, each will be numbered 1-1992, to make every pair unique. As well as the numbering of each pair, specifications on the shoe include an upper material linking back to the original home shirt worn in ’92 and an insole featuring the iconic printed pattern taken from the away shirt worn famously by Ryan Giggs; alongside golden lettering of ‘Ninety-Two’ on the tongue, all finished off in the iconic red and white of Manchester United. The adidas Originals Ninety-Two will be available from size? Manchester on Friday 3rd November, priced at £92. Strictly one pair per person. A number of fans will get the chance to attend an exclusive event on the day of the launch, with selected shoe boxes containing invitations to gain entry as a VIP to get up close and personal with key members of the class of ’92 who will be appearing at Old Trafford on Friday 3rd November. 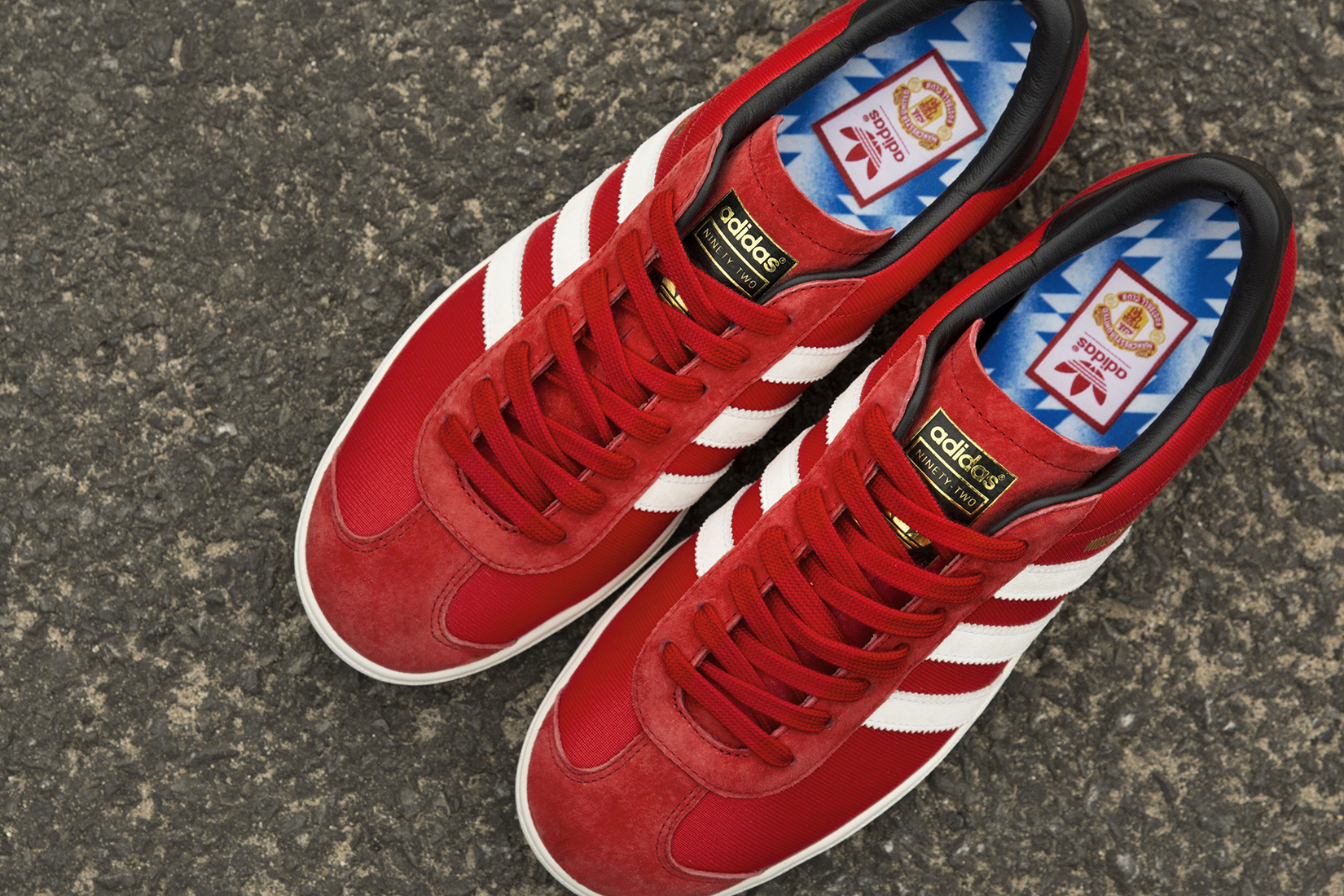 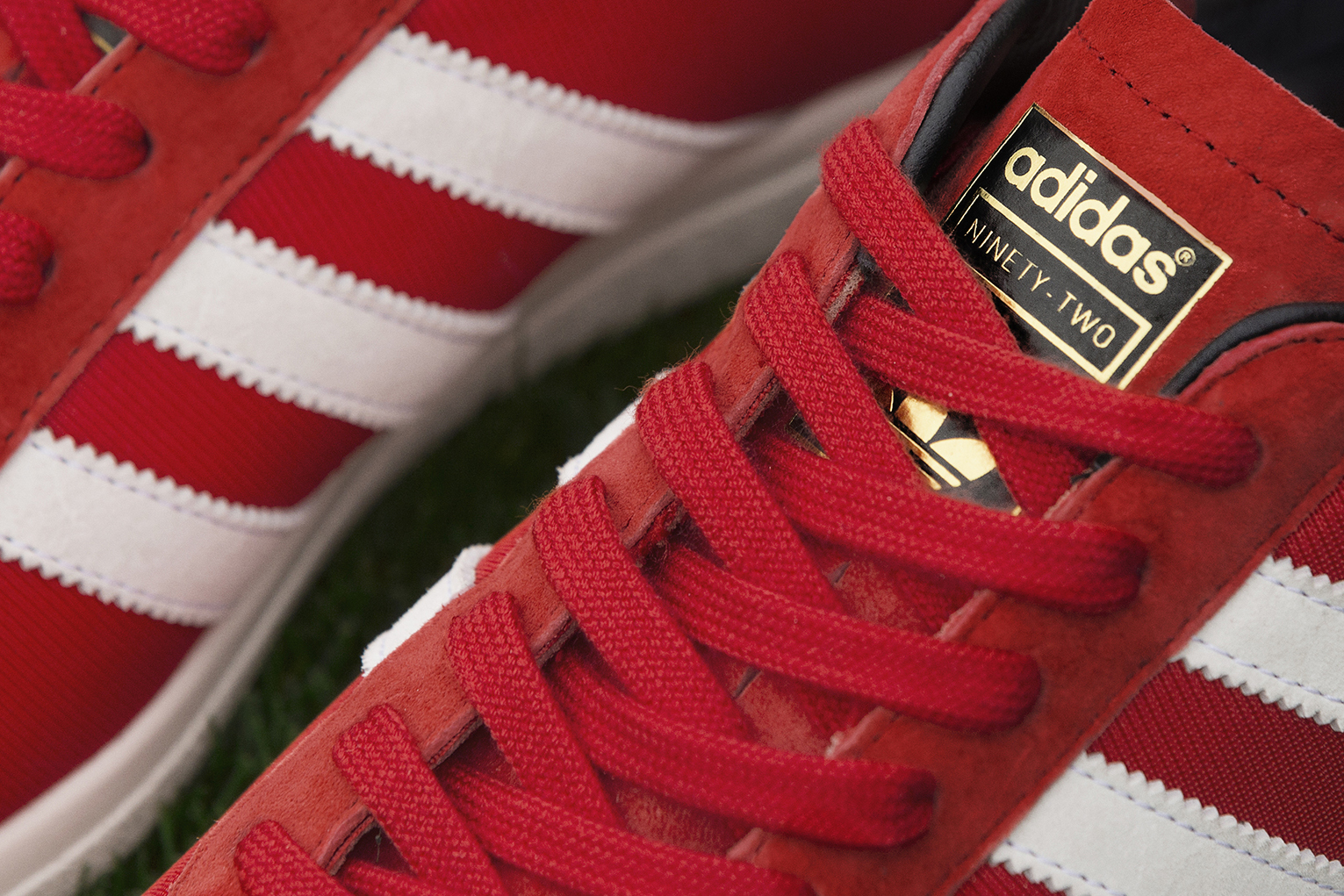 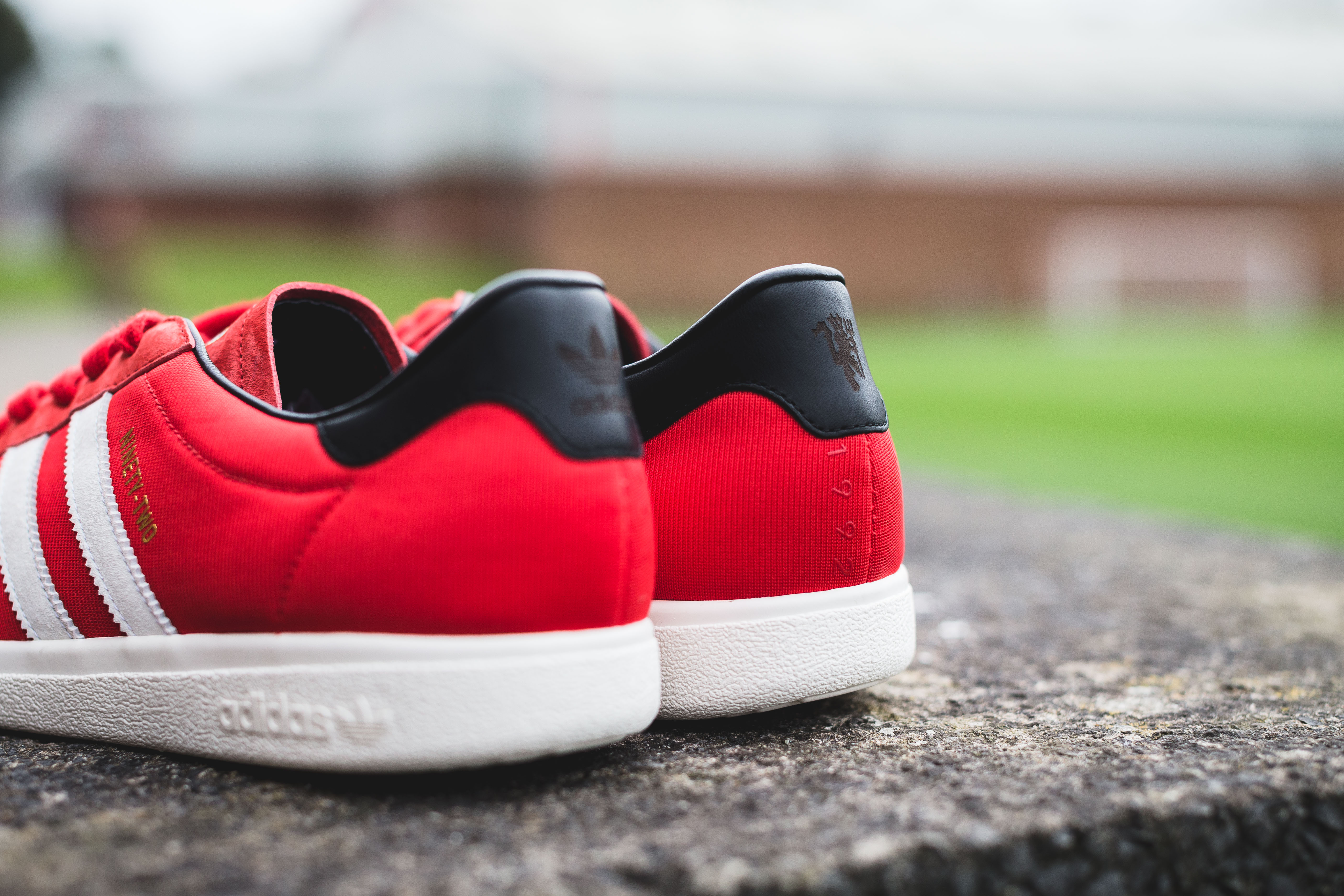