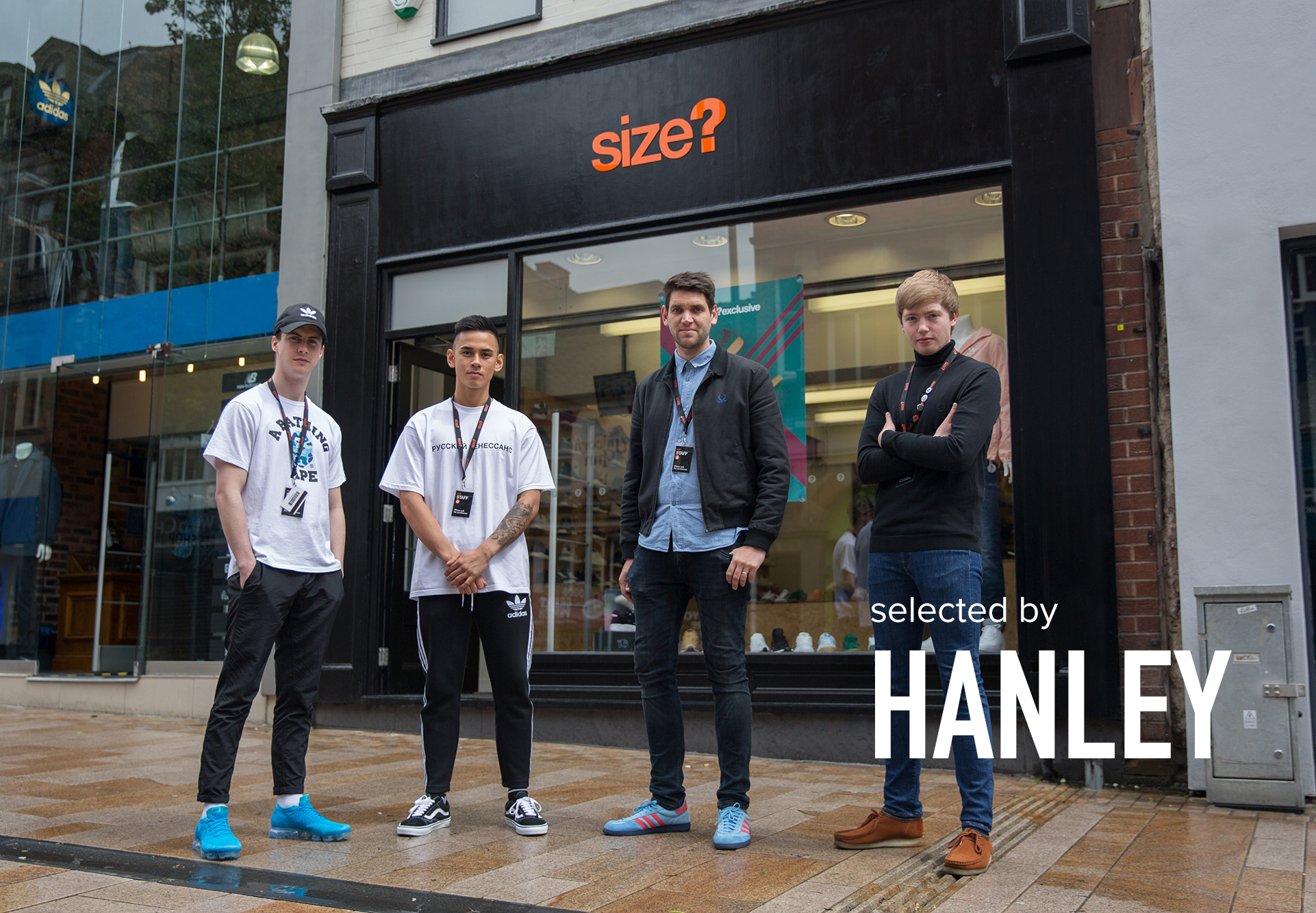 For the latest edition of our 'Selected By' series, we headed down to the latest store of ours to open, size? Hanley. If you're not already familiar, we visit one of our bricks and mortar locations to find out a bit more about the staff behind each individual store. Located in the heart of Stoke-on-Trent, the store lives within a footballing city which has always had a strong affinity with the three stripes. With the store being a little more out of the way than it's neighbours Nottingham and Manchester, there's always a second chance to pick up some of the latest and greatest releases if you didn't manage to grab them the first time around. We headed down to Hanley to catch up with the staff after their first couple months of being open to see how they were getting on, and find out how they all initially discovered a love for footwear. 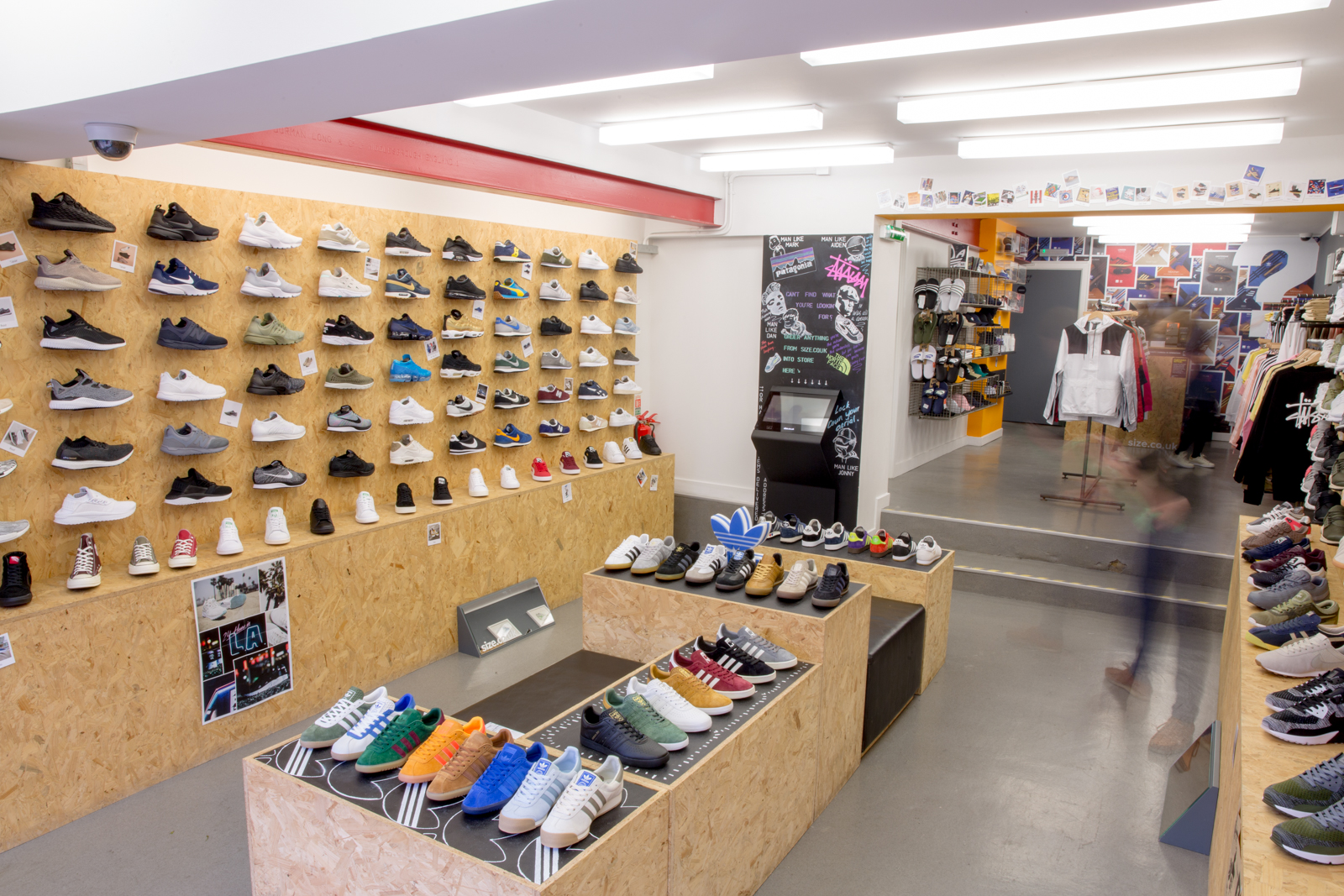 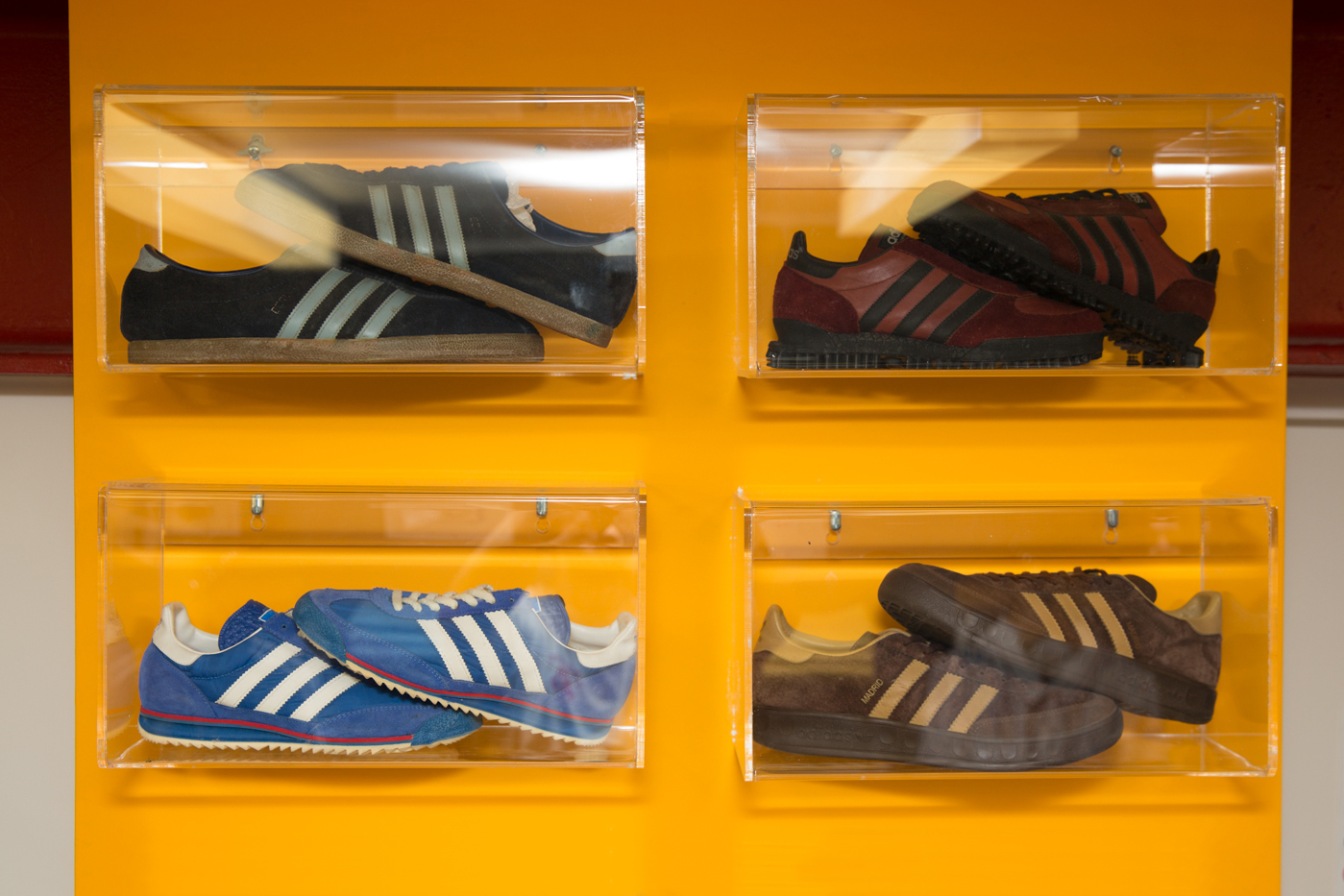 Among other things, Hanley itself is famed for being the birthplace of the late Sir Stanley Matthews. Regarded as one of the greatest footballers to ever grace the field, the England International devoted 19 years of his playing career to his home club Stoke City. Back in the more gentlemanly days of the game, in 1965 Matthews set the record for being the oldest ever player to score a goal during a professional game at the age of 50, a feat which stood for 52 years and was only recently broken this year. 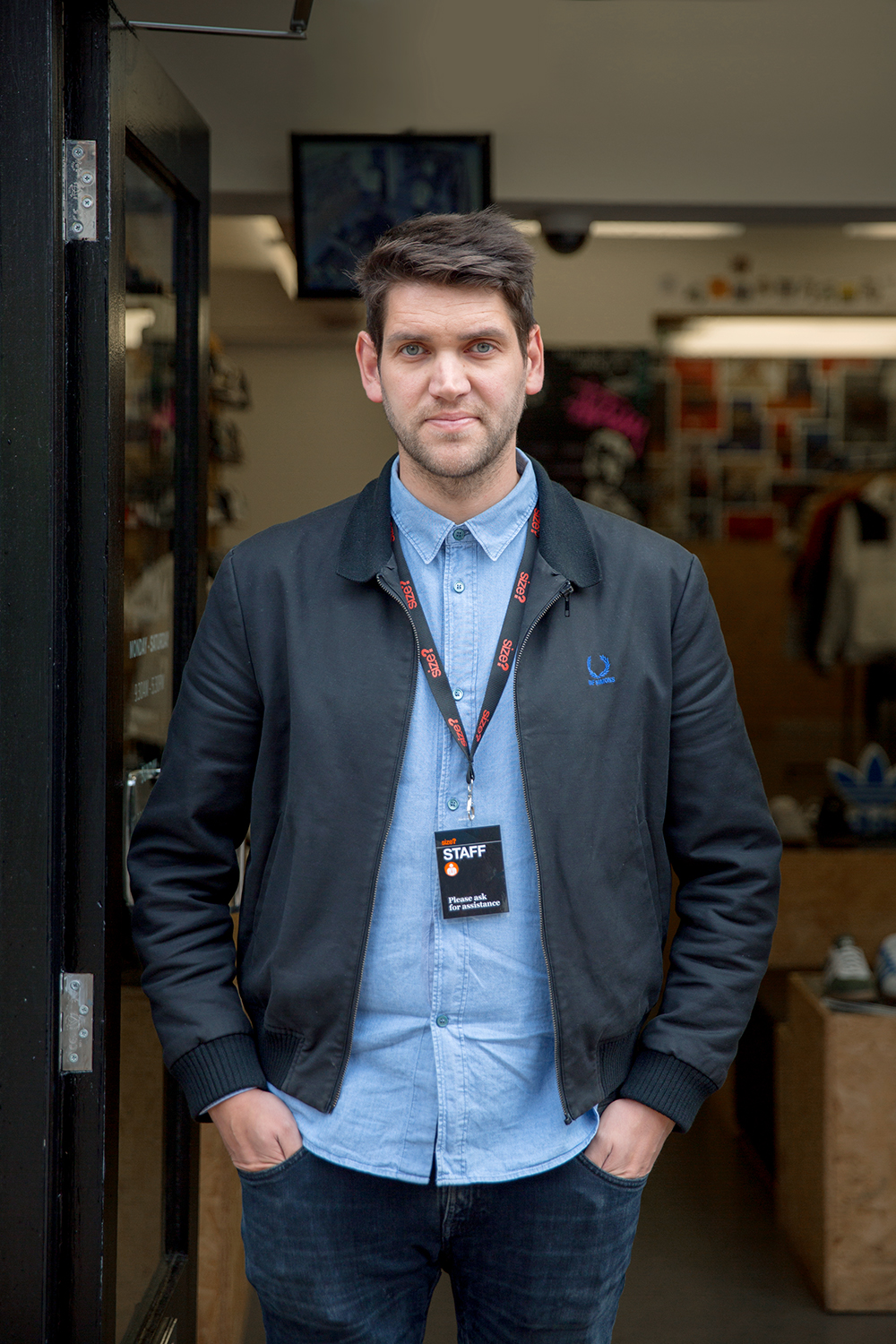 Dan - Store Manager There’s definitely a strong football culture that lies within Stoke. You see a lot of well dressed groups of young lads proudly decked out in Stone Island and the latest adidas releases. I’ve been wearing a bit of a mix of adidas styles lately. I got my Adidas Stockholms out of the loft the other week to go and watch the Europa League final in Sweden and they've not been off my feet much since. Now we've had a glimmer of sunshine I've started wearing my all white Adidas x Hyke SL72's a lot. I also love the size? exclusive purple Bermuda that came out recently, I had to let my purple Trimm Stars go as they were a bit tight so these have been a great replacement, the colourway is amazing. When I was about 12/13 years old I started paying attention to what people were wearing at the football and in particular the shoes. At first it was just noticing the various colours of predominantly adidas trainers, and as my interest progressed I started to learn about the different models and the rarity of certain shoes. From then on I've always enjoyed the quest to try and track down a certain model. 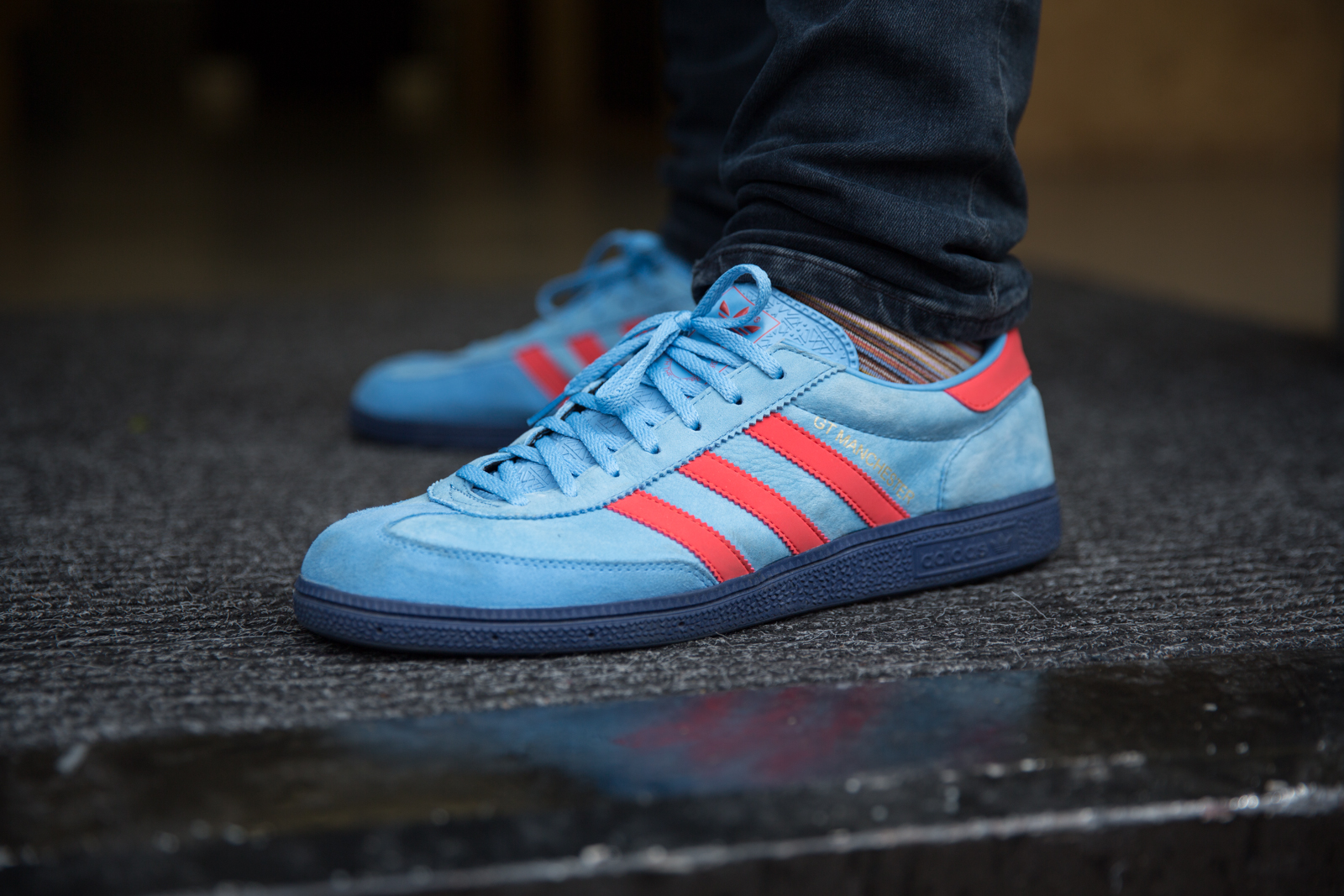 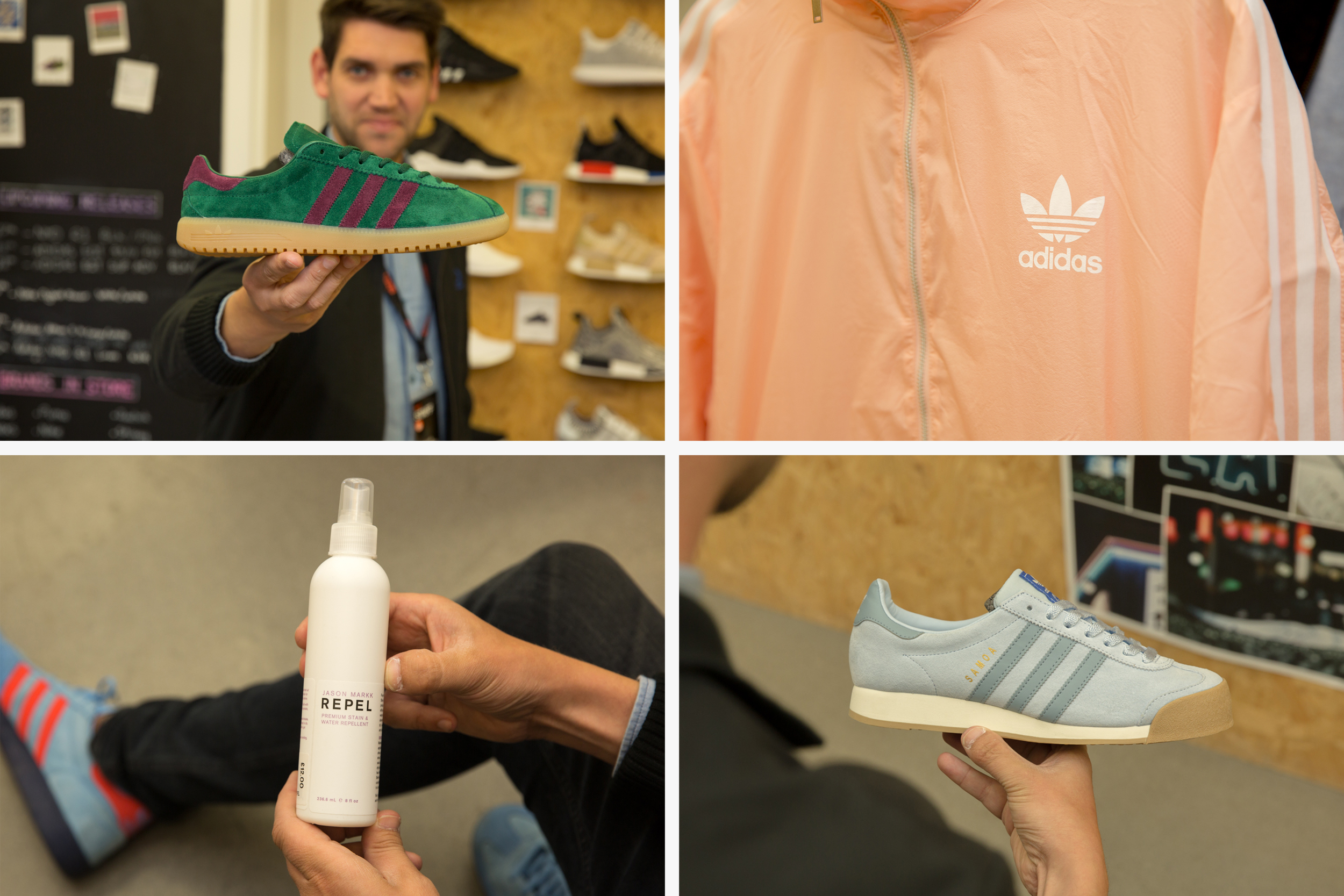 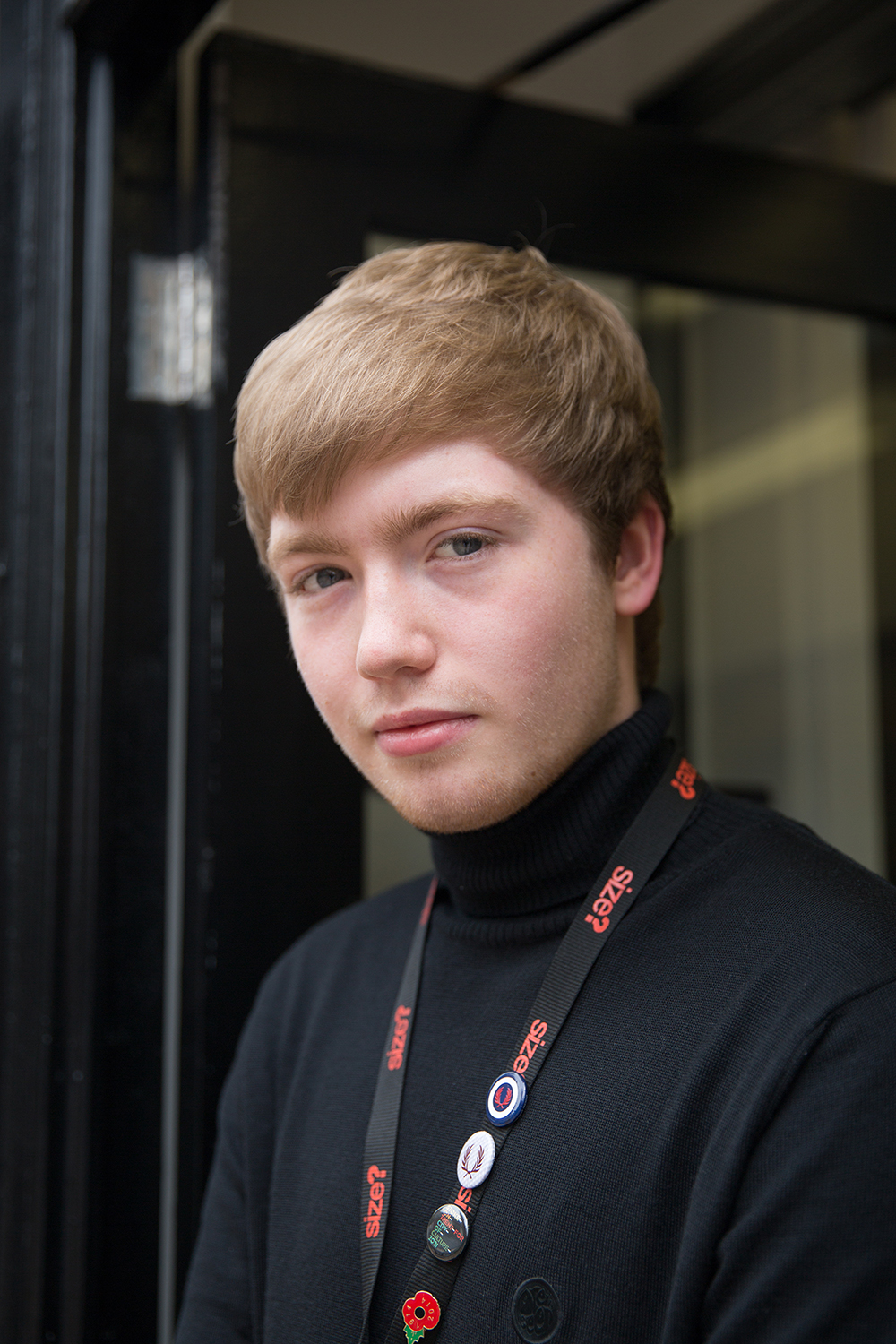 Aiden - Part Time Sales Assistant I’ve got quite a core selection of shoes I tend to keep in my rotation including Nike Internationalist, adidas Originals Bermuda and of course Clarks Wallabee’s are my go to’s. I bought my first pair of adidas Originals from size? Manchester back in 2010, a pair of ZX750’s, and have been hooked since. From then on I’ve started compiling a small collection of three stripes releases including GTX Jeans, Jamaica’s, Spezials and many more. The zx750’s are one of my favourite pairs that have been through a lot, festivals, gigs, holidays, and I still have them to this day. Other than footwear I’ve also got a vast collection of Fred Perry shirts! 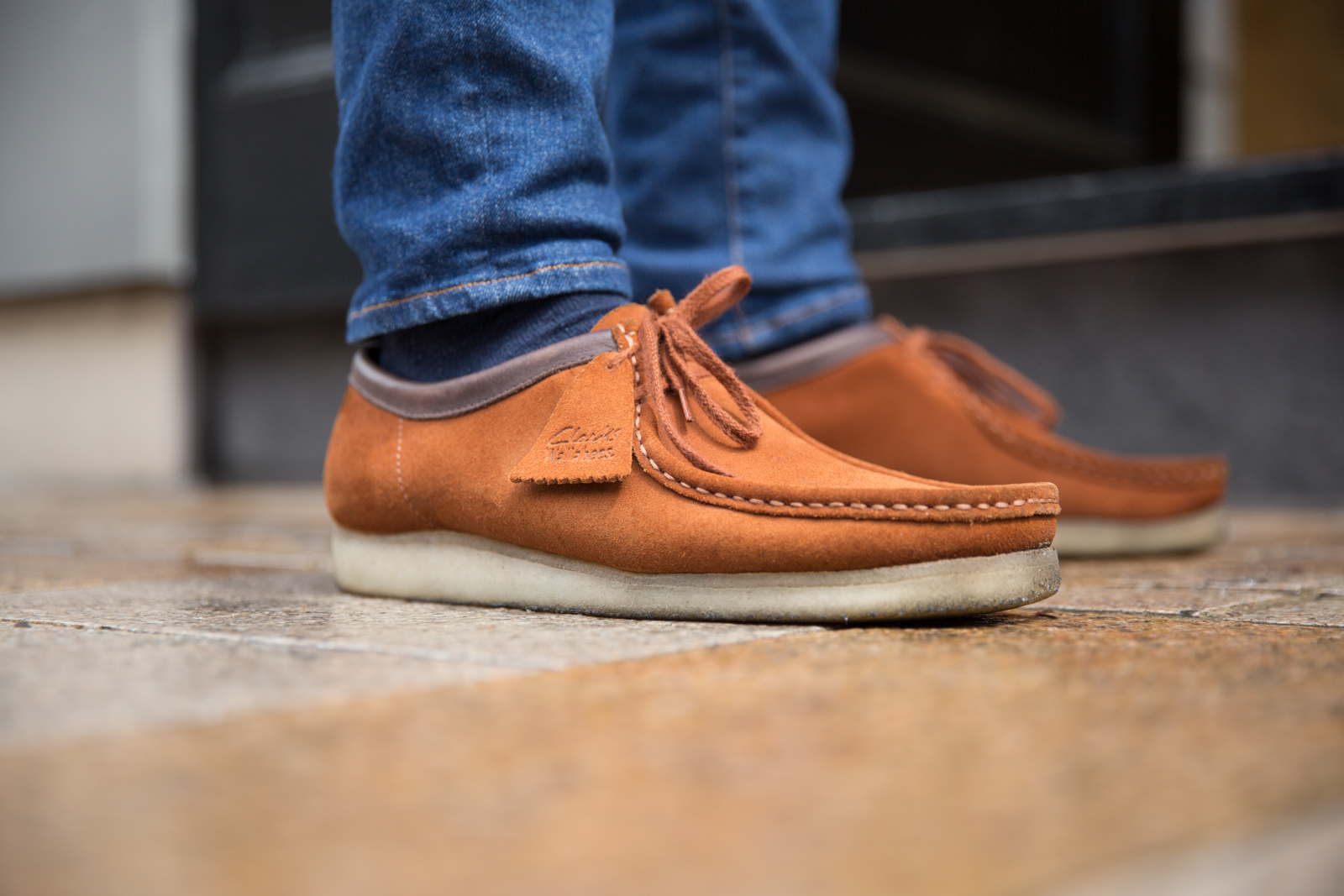 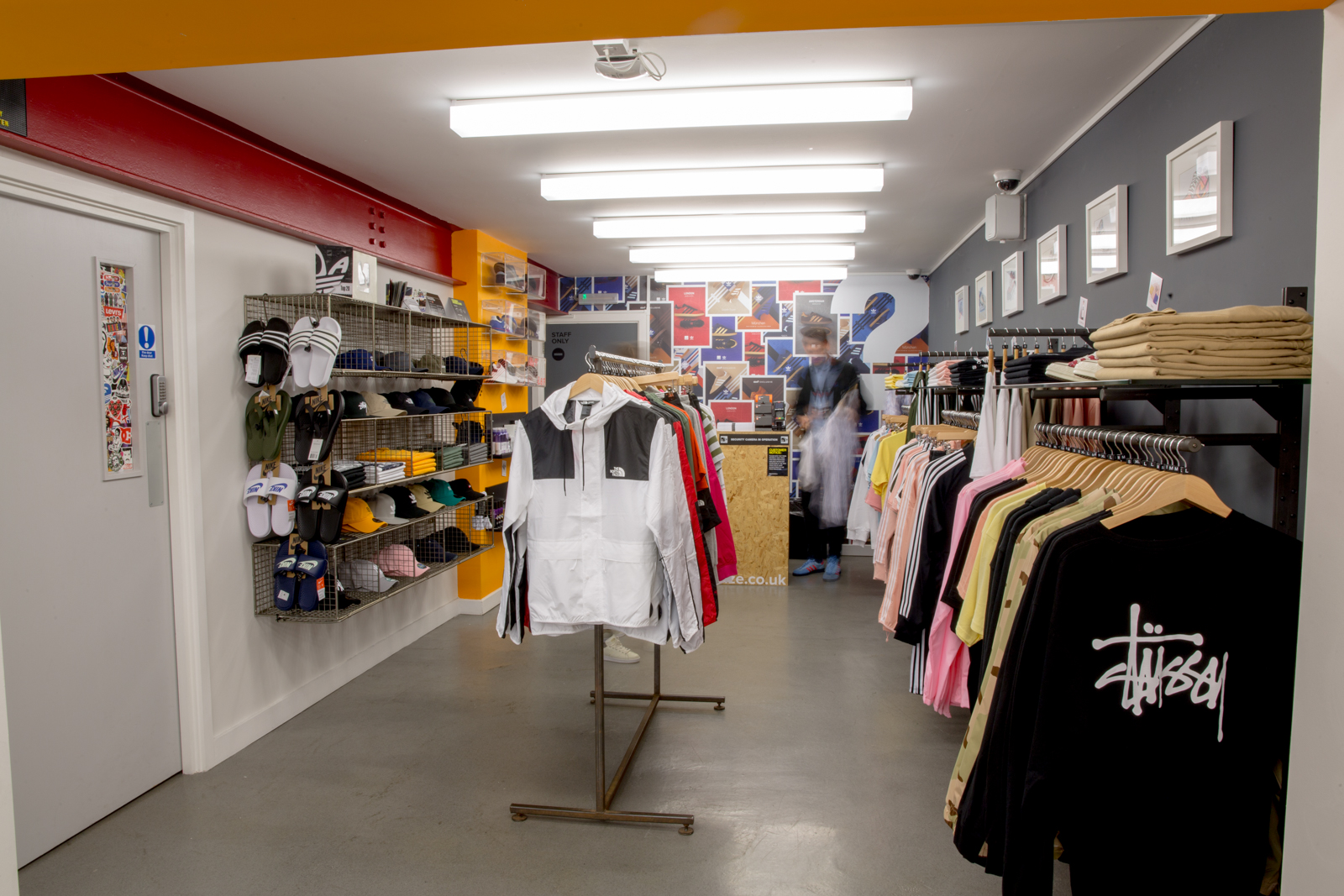 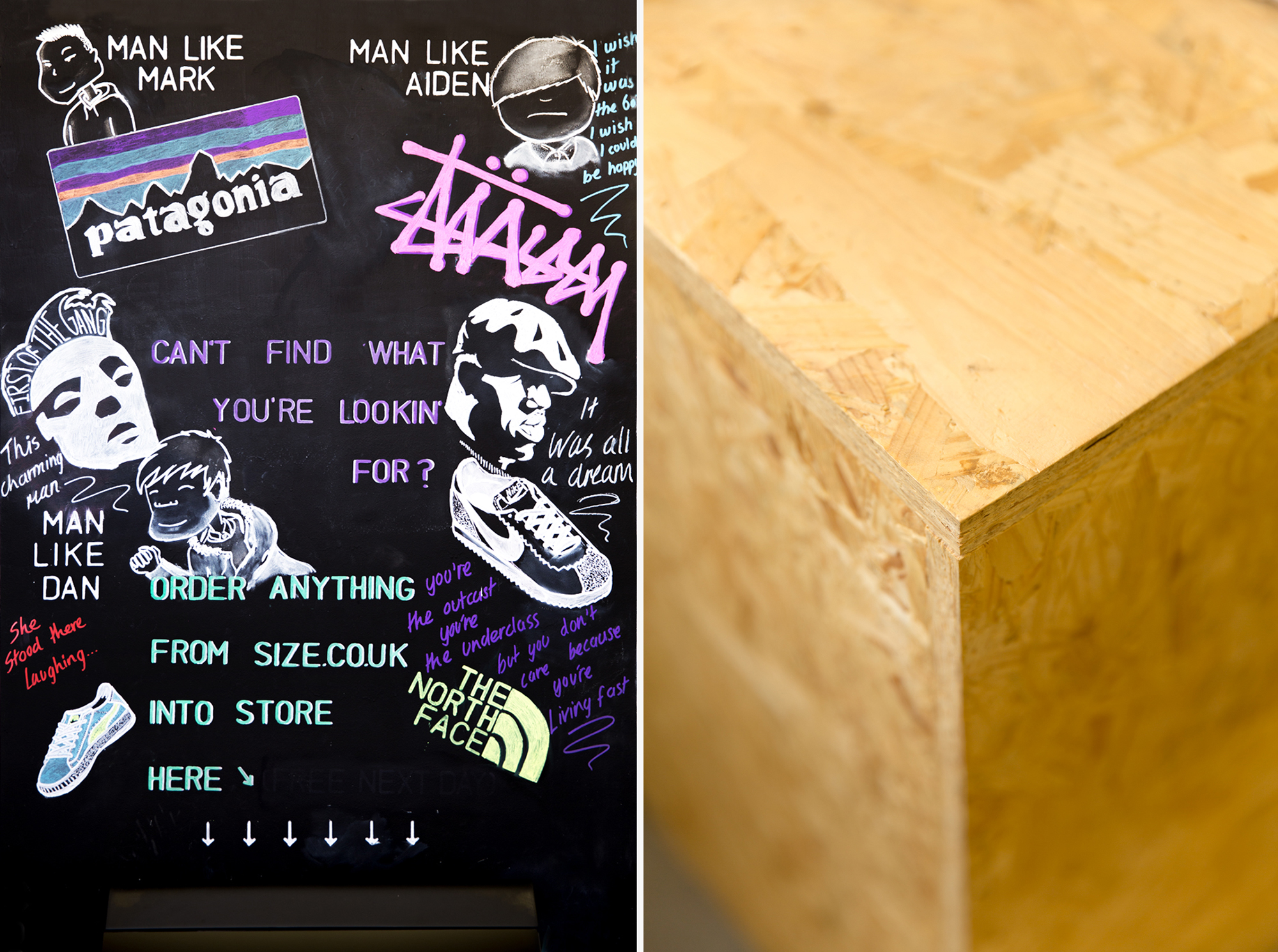 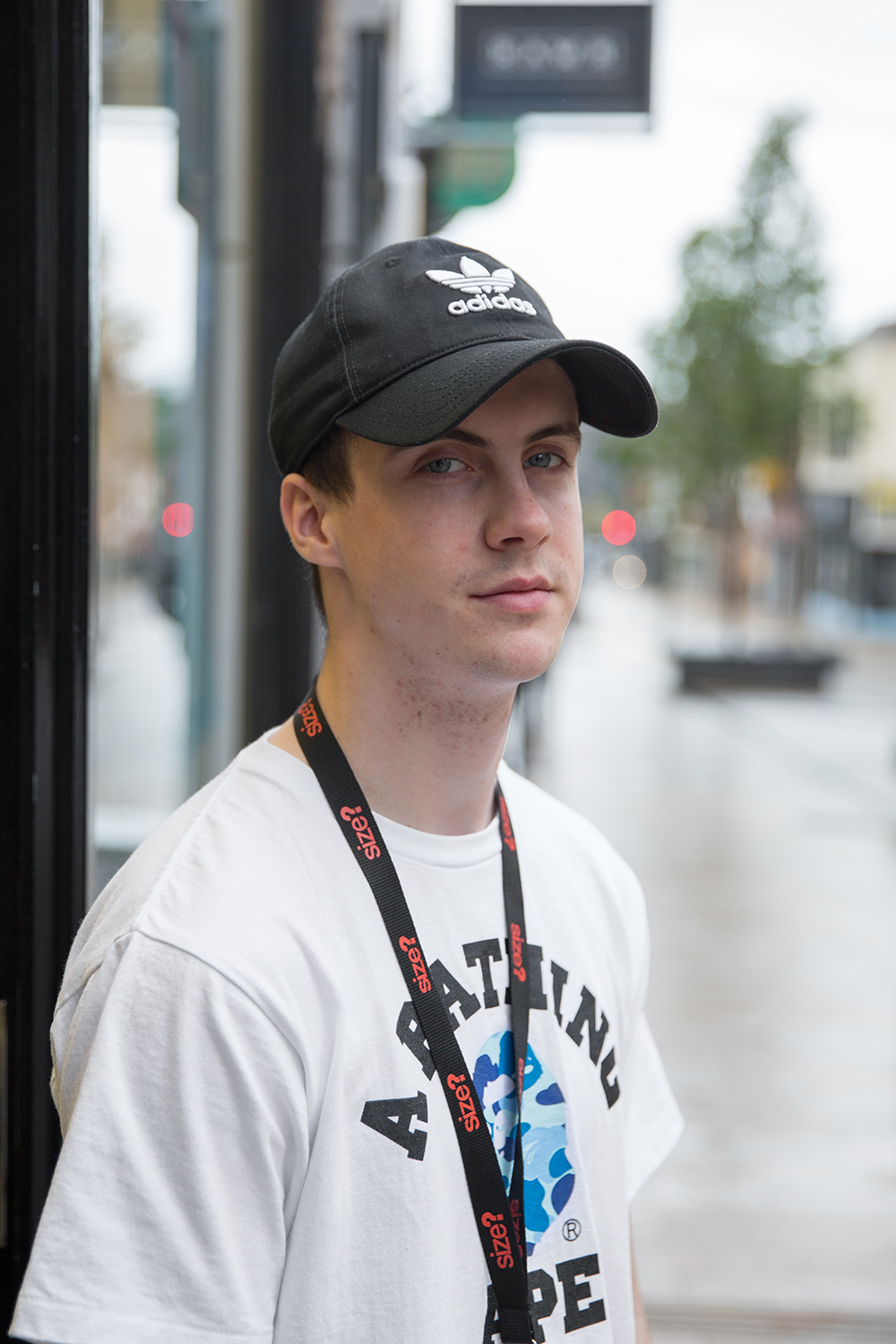 Johnny - Sales Assistant Stoke is home to one of the largest concrete skate plaza’s in Europe. It’s a great place to skate and we’ve been lucky enough to have it on our doorstep since 2010. I started skating when I was about 12, and the shoes you were wearing were always a big deal, so I sort of got into footwear from that angle. The original adidas Busenitz were the first skate shoes I owned so I’ve always got a soft spot for them. I’ve been wearing a bit of a mix lately between Y-3 Yohji Run’s, the great adidas EQT ADV Support, and the new Nike Vapormax in blue from the ‘Day to Night’ pack. I own a pretty big selection but only tend to wear a few pairs at a time. 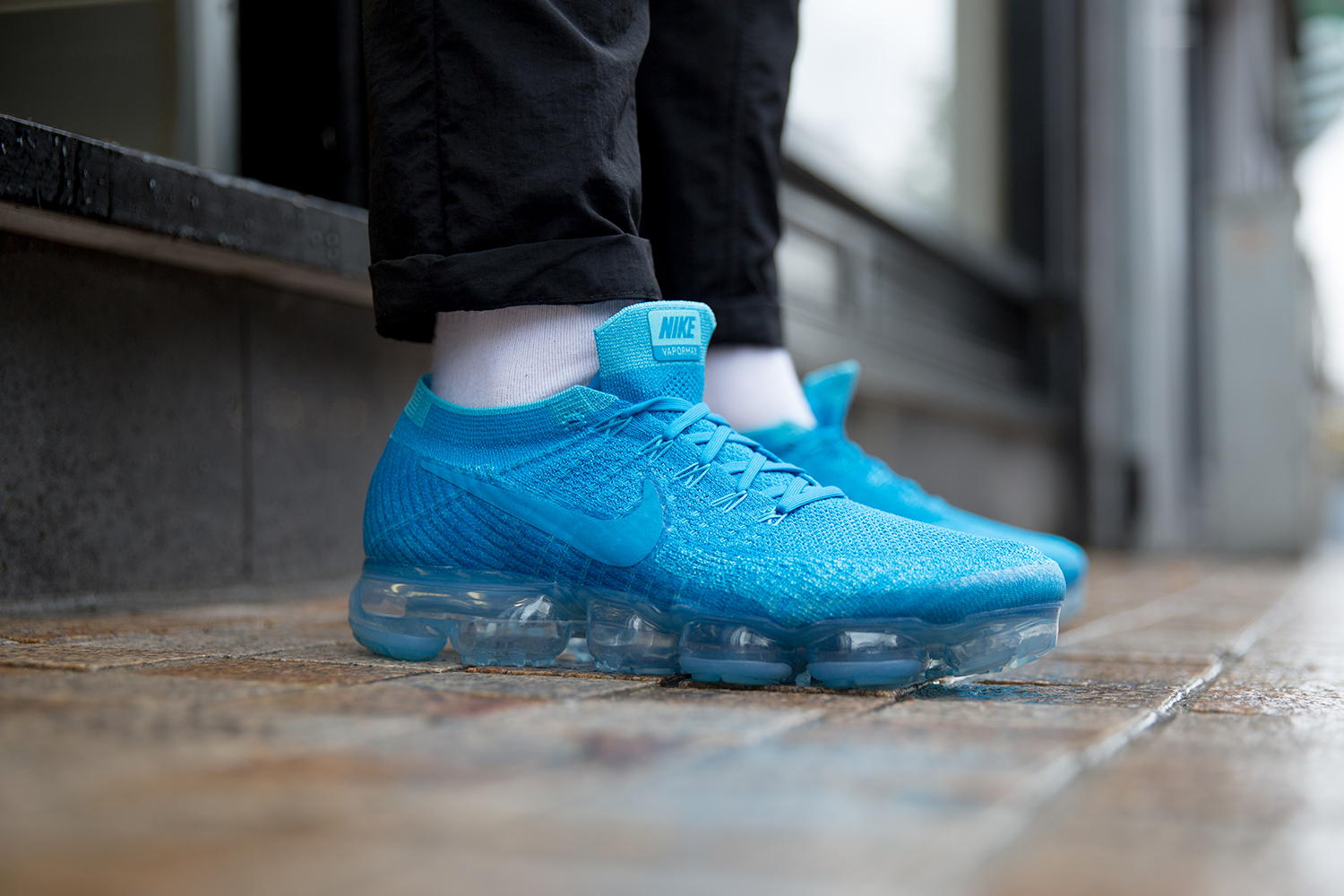 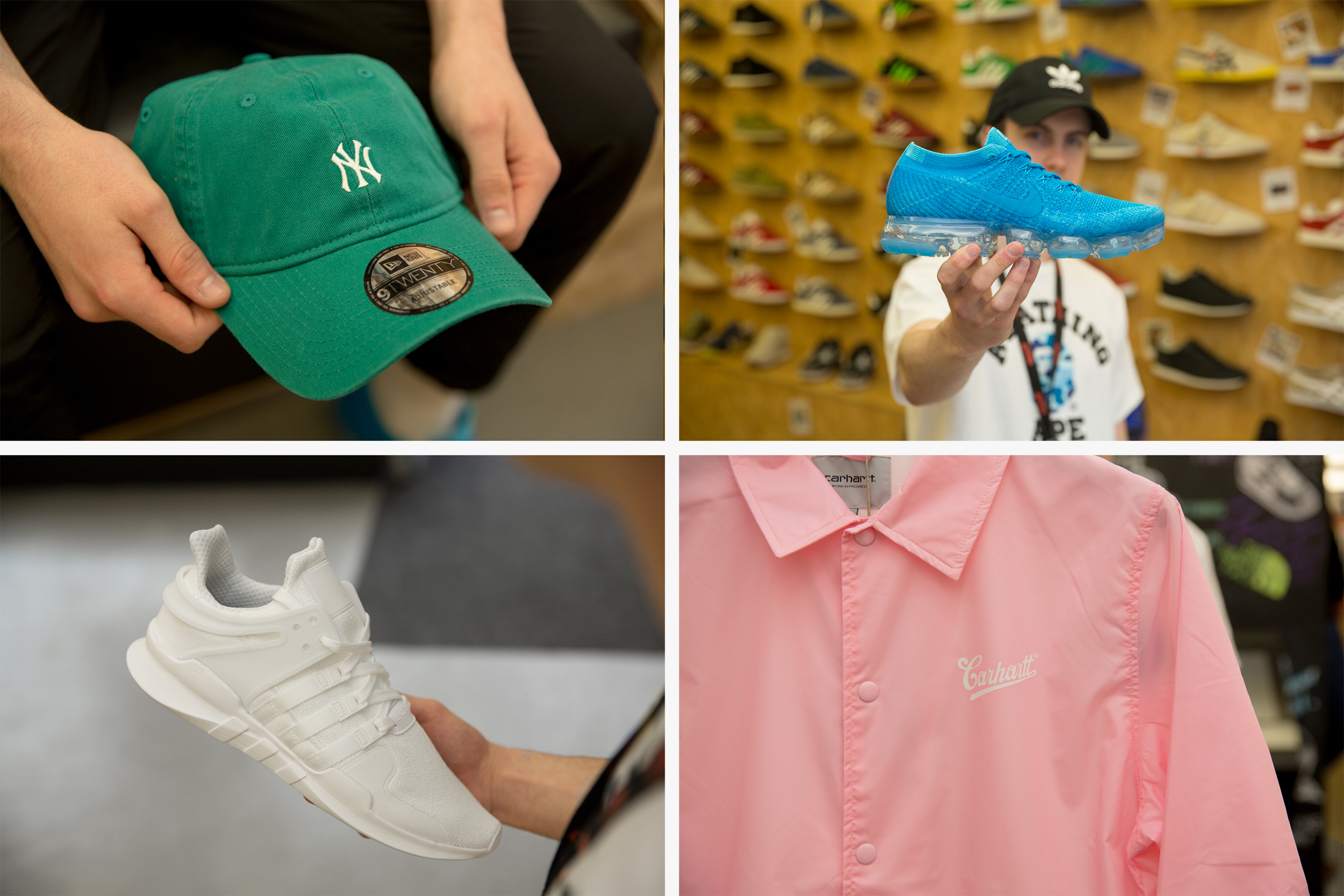 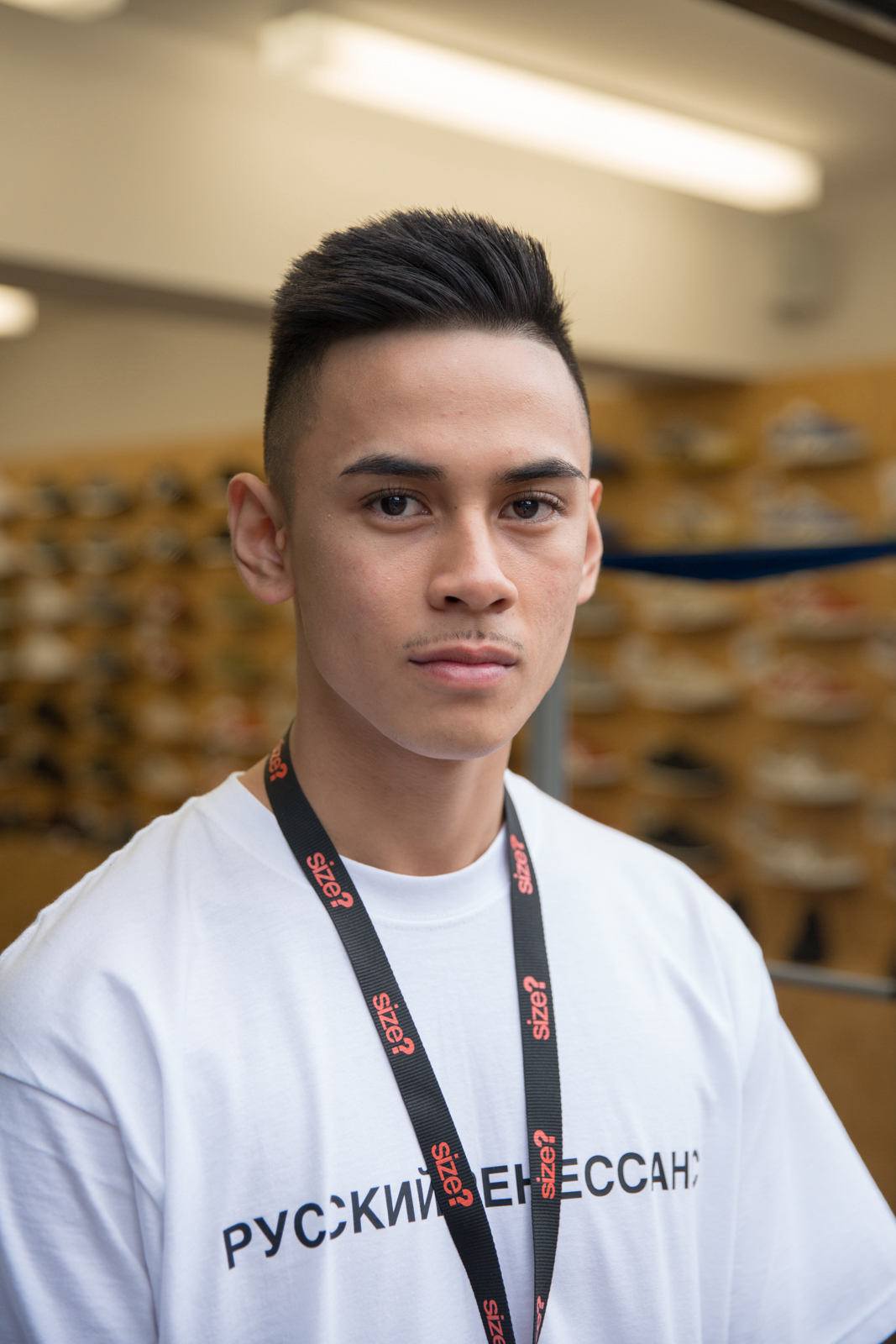 Mark - Sales Assistant I own a pretty big collection of Nike’s, most of which are basketball shoes. I only really get around to wearing a few select pairs most of the time, and the others are on display in my room. Ever since I was a little kid my parents always kept me laced up with Air Jordan’s, my dad was a bit of a sneakerhead himself so I guess that’s where it all started for me. My all time favourite pair is probably the Air Jordan 1 ‘Shattered Backboard'. They took me a while to finally get my hands on and I had to pay a bit extra for them! Outside of work I play basketball, and I’m currently training to become a professional boxer, so that takes up a lot of my spare time as training is fairly intense. 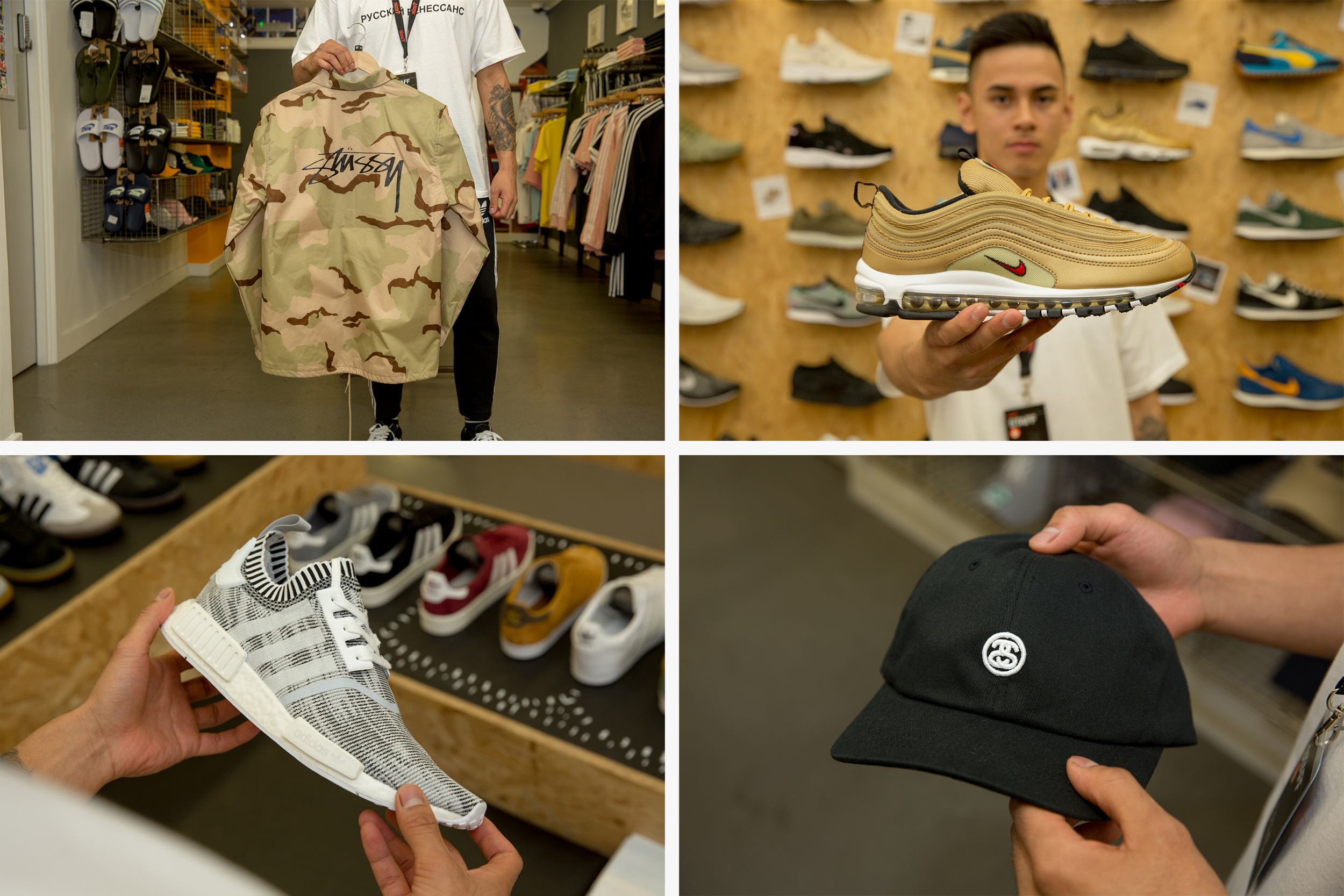 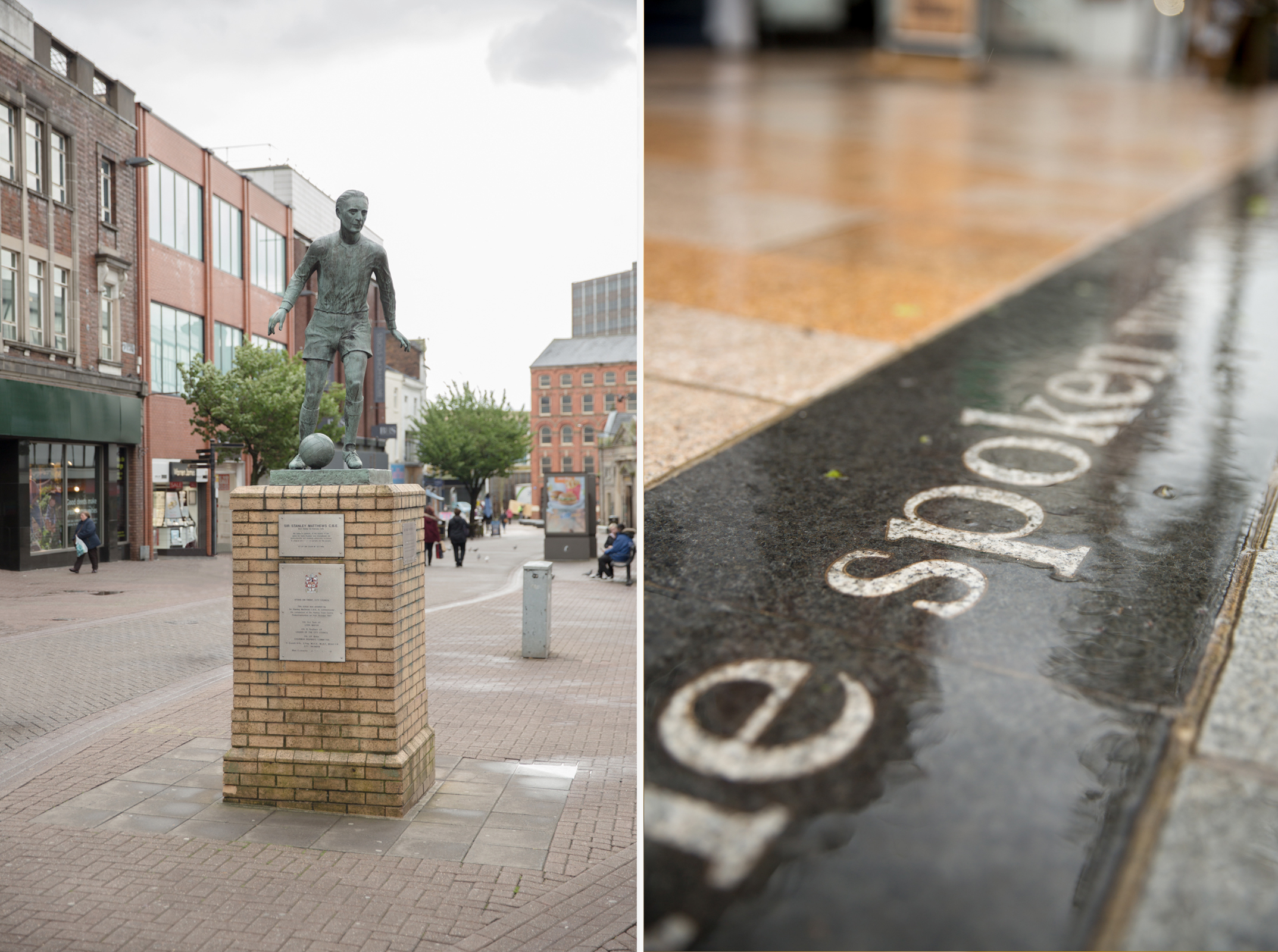