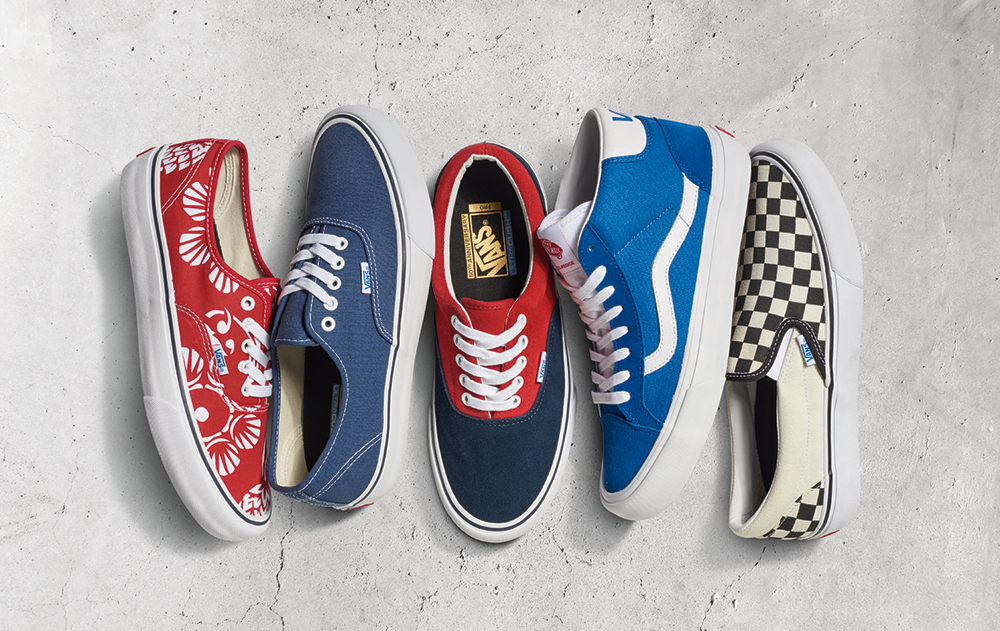 Vans commemorates 50 years of heritage and progression with the debut of the Vans Pro Classics Anniversary Collection, available at selected size? stores on March 16th. The most iconic footwear silhouettes from Vans’ history return to the spotlight, enhanced with innovative performance features that provide upgraded cushioning and durability exclusively designed for skateboarding. 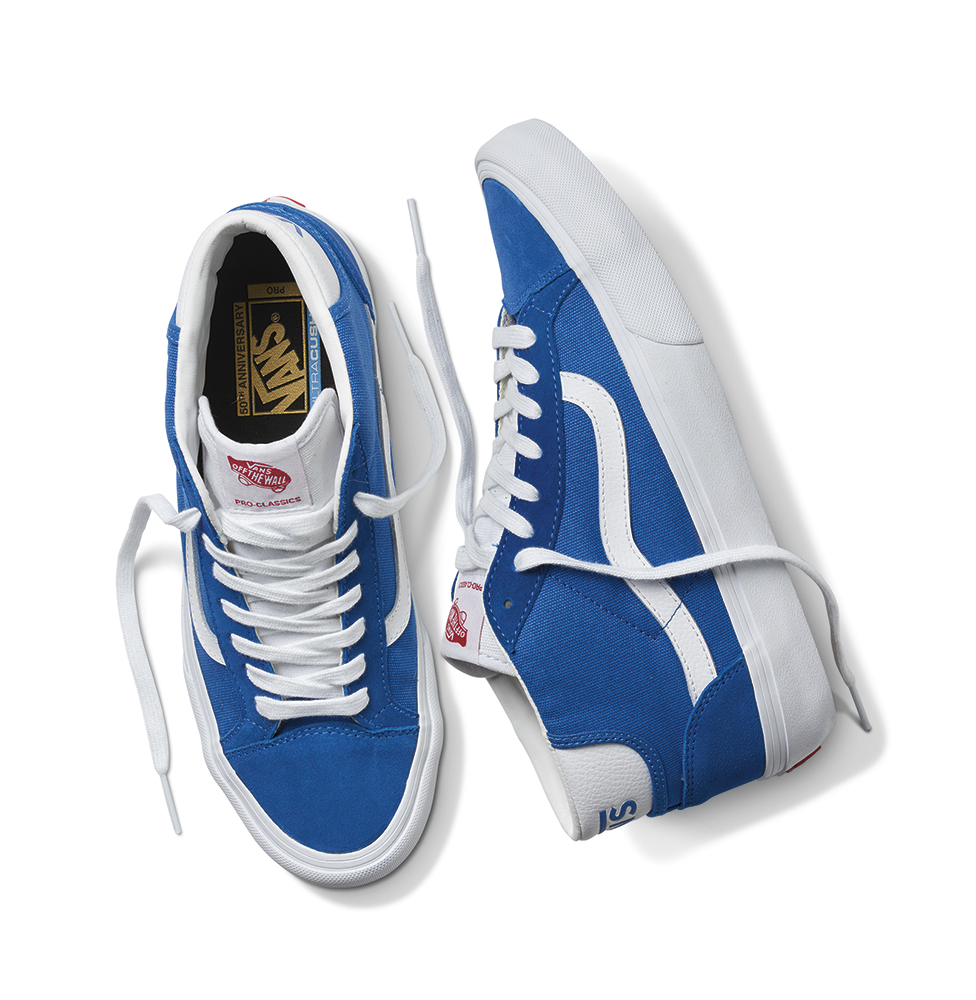 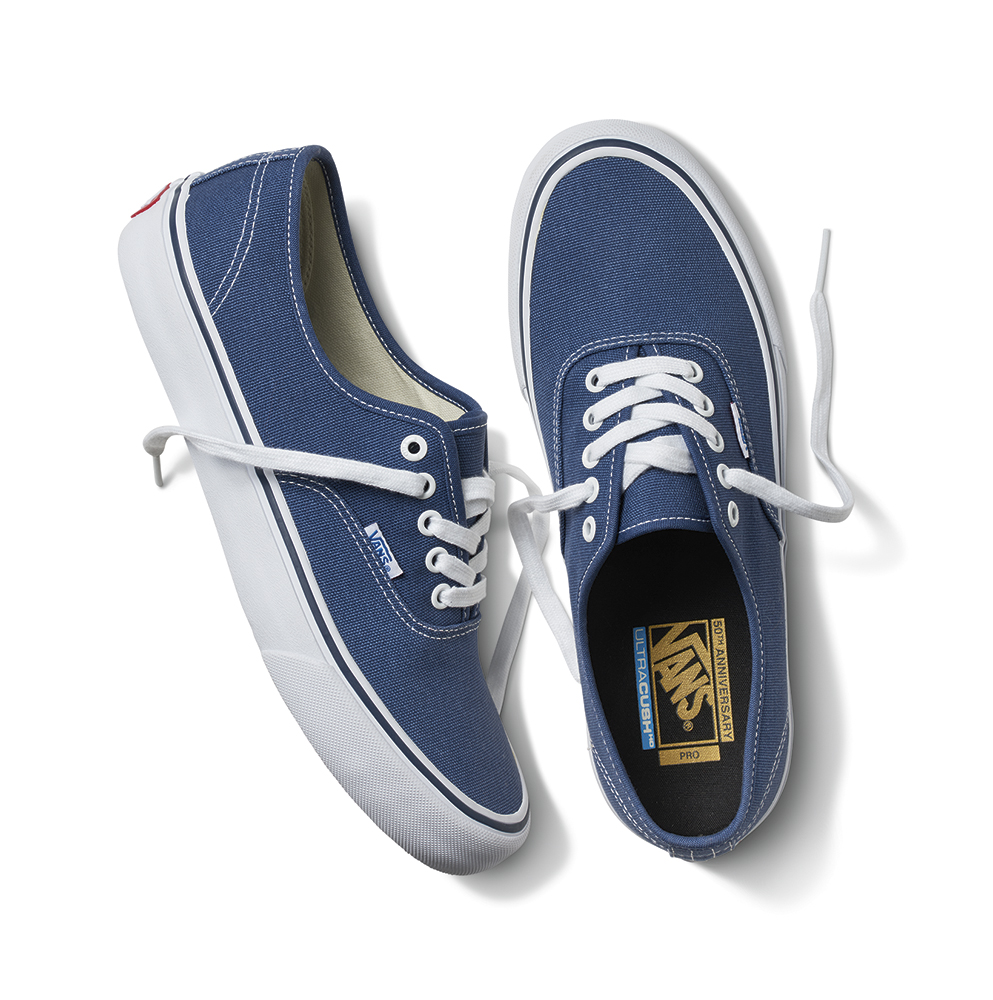 Whether it was taking the Hawaiian shirt off Duke’s back to design a custom pair of floral Authentics, or padding the collar in the original Era to create the first “Off The Wall” shoe in skateboarding, Vans has championed reinvention since 1966, paving the way in design progression to meet the critical demands of skateboarding today. 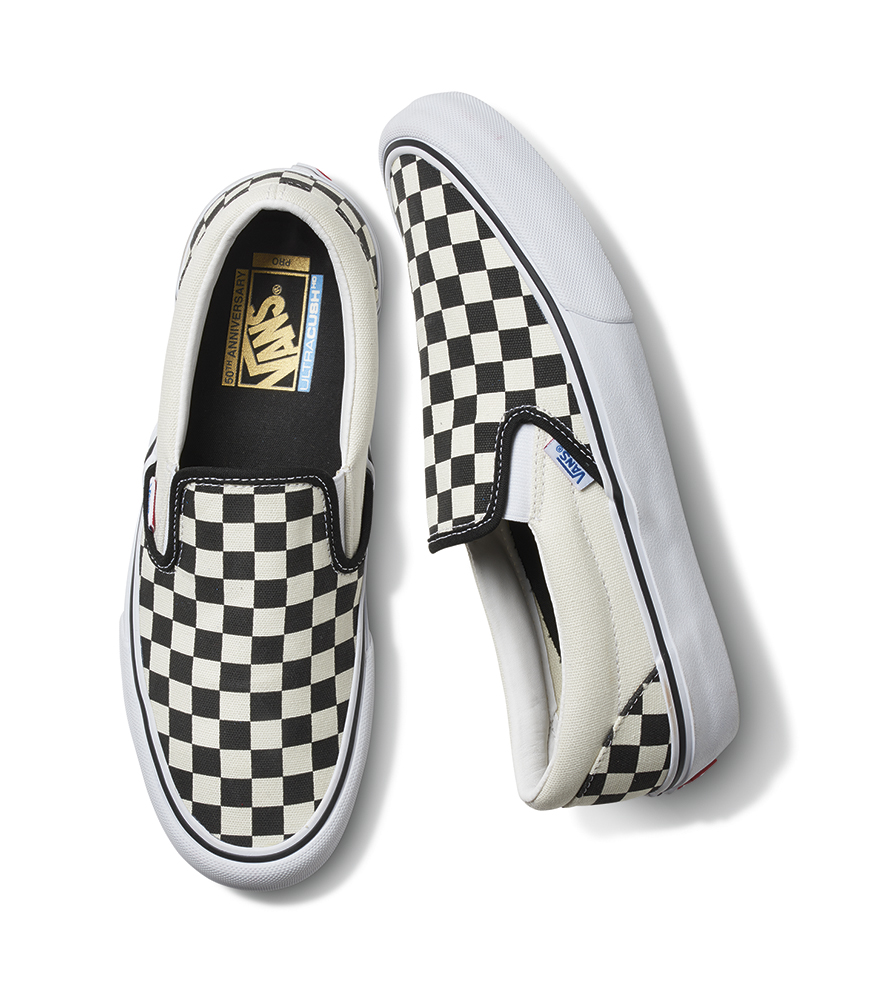 To coincide with this special release Vans and size? have exclusively commissioned five leading illustrators, each with a personal connection to the Vans spirit, to create a series of unique skateboard graphics each inspired by the shoes and stories they embody. The resulting artwork has been applied by hand to premium skate decks using a traditional screen printing technique to exacting specification. 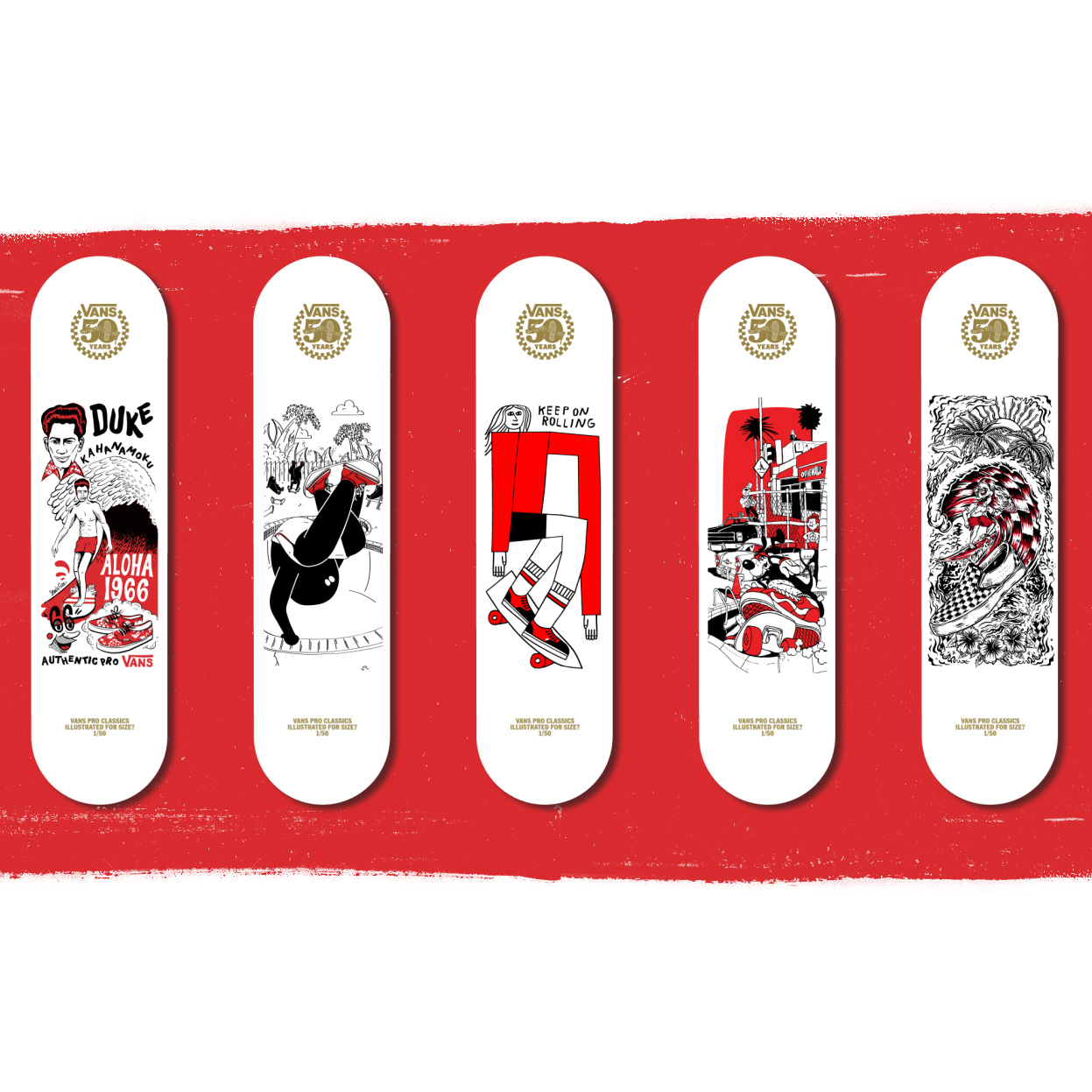 Anchored this spring by model favorites such as the Era Pro, Checkerboard Slip-On Pro, and Authentic Pro, the Vans Pro Classics Anniversary Collection releases in size? Carnaby Street, Milan and Amsterdam on Wednesday 16th March from their respective opening times.