Shepard Fairey ‘On Our Hands’ Interview via DETAILS. 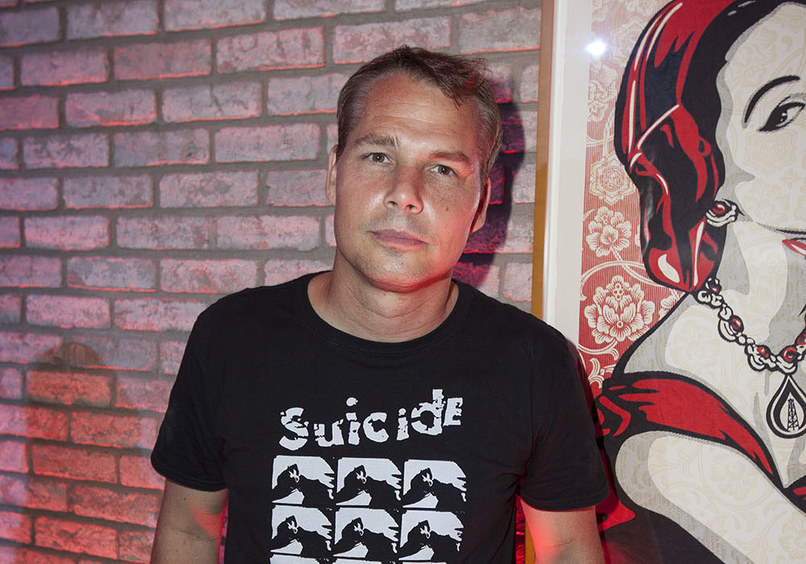 DETAILS recently say down with Shepard Fairey, the man behind OBEY, to talk about his latest exhibition 'On Our Hands' The last time street artist Shepard Fairey held an art exhibition was only two years after he gained mainstream recognition for his famous Barack Obama "Hope" poster during the 2008 U.S. presidential election. As we gear up for an already bonkers 2016 election cycle, Fairey's new exhibition, "On Our Hands," is striking a decidedly less optimistic chord. Opened at New York's Jacob Lewis Gallery on September 17, the show tackles themes of failed democracy and corporate greed. 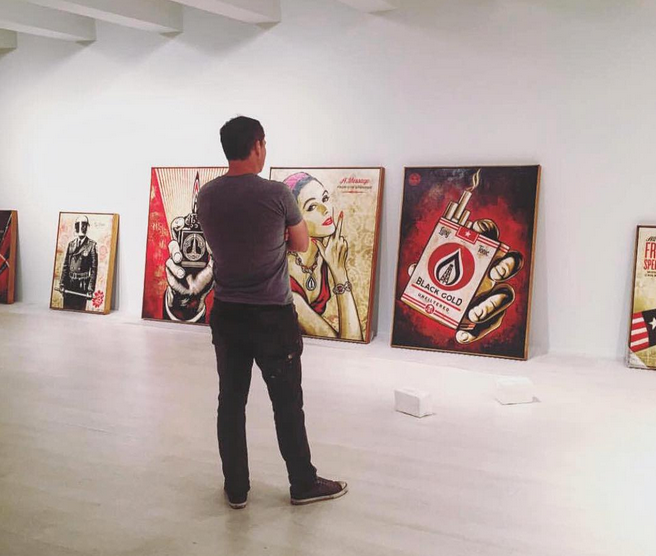 "I feel frustrated but not apathetic," Fairey says of the past 26 years he's spent commenting on the state of the global community. "I'm driven by problem solving even when the odds are great so any slip towards apathy would feel like giving up on life for me." "On Our Hands" is also Fairey's ongoing attempt to reconcile what gives him creative pleasure with what is important to say. His techniques are more sophisticated and subtle this time around, exploring both tight rendering and looser juxtapositions. But the message is as provoking as ever. While in town for his opening, Fairey sat down with Stein at New York's NeueHouse to discuss the book, the exhibition, the fusion of art and commerce (it's fine as long as you don't change the DNA of your art), and Bernie Sanders ("He needs personality. But I like his ideas.") Since music inspired Fairey to create art in the first place, we asked him to make us a playlist that would incite, inspire, or just make us laugh. As creative stimulus, we found some of the most ridiculous comments made at the last Republican Party presidential debate. He paired a song for each one. https://www.youtube.com/watch?v=0VlBuJmgowc The Beatles: "Back in the USSR" Carly Fiorina: "Having met Vladimir Putin, I wouldn't talk to him at all. We've talked way too much to him." https://www.youtube.com/watch?v=5k0GDQrK2jo Martha Reeves & The Vandellas: "Heat Wave" Marco Rubio on climate change: "America is not a planet!" https://www.youtube.com/watch?v=C0sk1fwt280 Christian Lunch: "Joke's On You" Scott Walker: "We need to live in an America where we have an economy where everyone can live their piece of the American dream." https://www.youtube.com/watch?v=GcHL8efKKPE The Clash: "The Magnificent Seven" Carly Fiorina: "If someone's been in the system their whole life, they don't know how broken the system is." https://www.youtube.com/watch?v=KXewIR7Y7cc Blondie: "One Way Or Another" Rand Paul: "I want to collect more records from terrorists but less records from innocent Americans" https://www.youtube.com/watch?v=mQZmCJUSC6g Carly Simon: "You're So Vain" Donald Trump on Carly Fiorina: "I think she's got a beautiful face, and I think she's a beautiful woman." Head over here for a look at some of the other songs and quotes on the playlist. [Source: DETAILS]