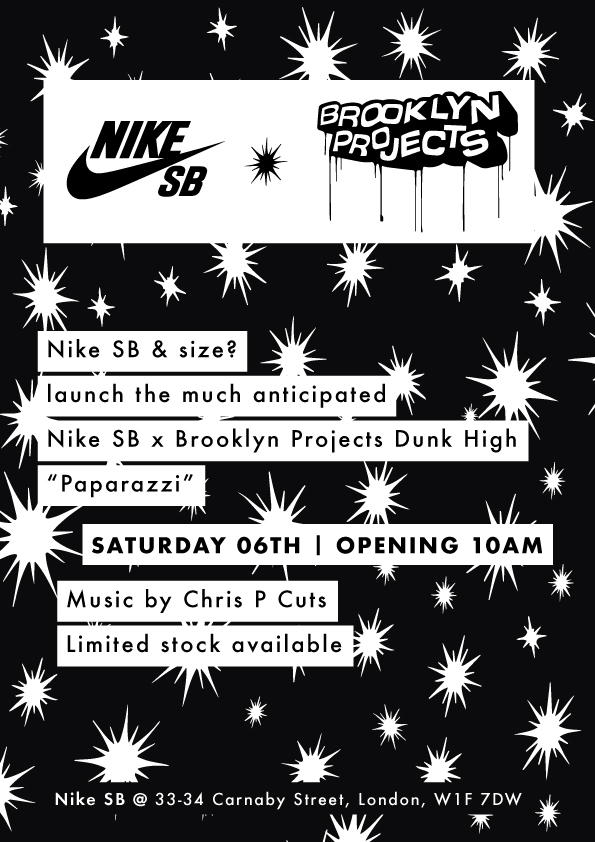 This Saturday, we have joined forces with Nike SB to launch the highly anticipated Brooklyn Projects Dunk High 'Paparazzi' at an exclusive in-store event, held at our dedicated Nike SB space in size? Carnaby Street. Opening at 10am BST, the store will be releasing the Nike SB Dunk High 'Paparazzi' which is being sold exclusively at our Nike SB space in our Carnaby Street store, whilst set to the soundtrack provided by live DJ, Chris. P. Cuts. 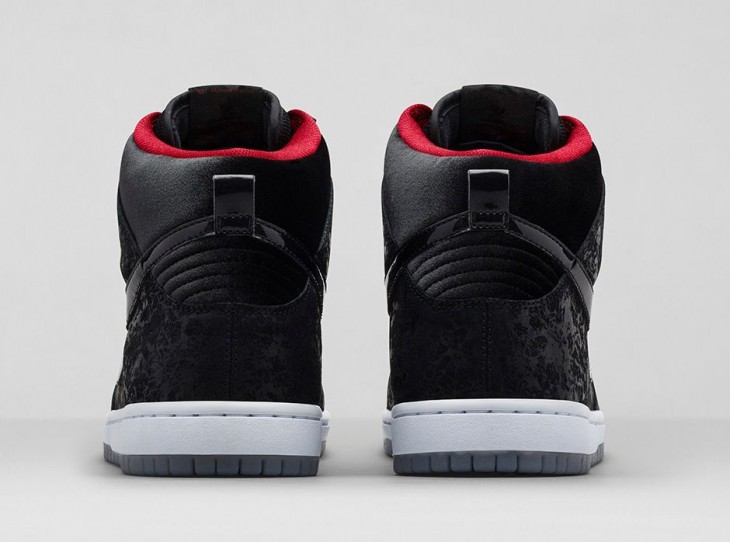 The “Paparazzi” is a collaboration with the world-renowned Los Angeles based store Brooklyn Projects. Founded by the former BMX pro Dominick Deluca, the store has grown into one of the industries giants, housing an art gallery and streetwear boutique inside their store. 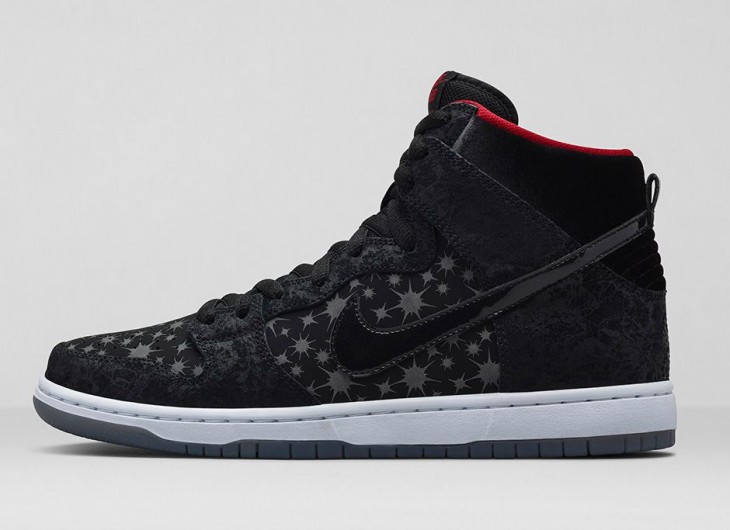