The evolution of MF DOOM 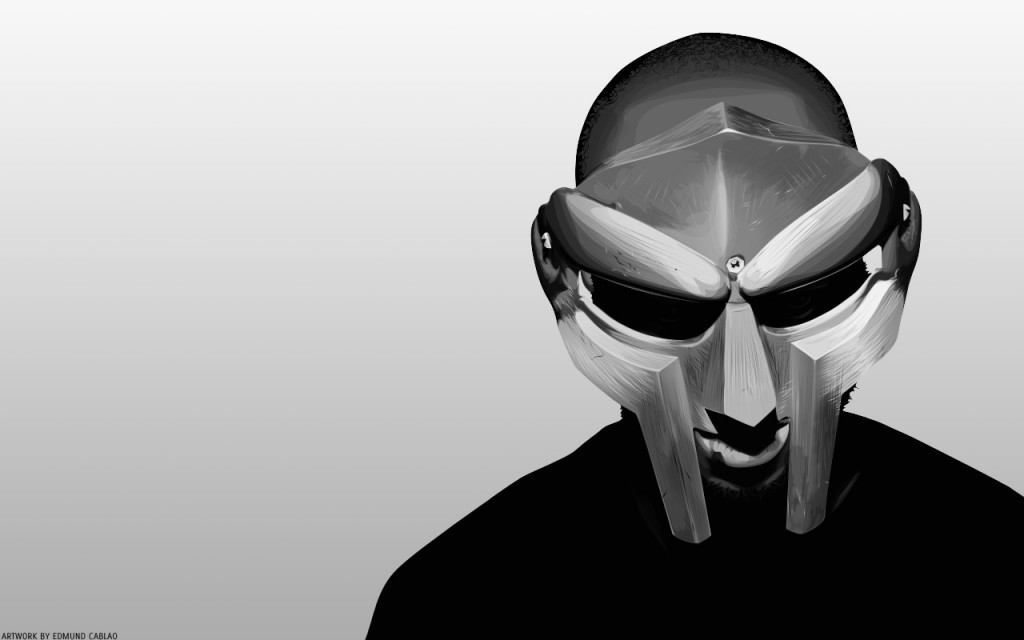 MF DOOM is the most inimitable figure in hip-hop. As prolific as he is elusive, the London-born and New York-bred Daniel Dumile owned artist anonymity long before SBTRKT donned his feathers and Daft Punk were still wearing bags on their heads. From behind the privacy of a metal mask, DOOM has painstakingly crafted a world of his own that's invited a cult following of fans like no other rap artist. It's a world drenched in sci-fi and comic book references, built through multiple personas, inseparable visuals and, of course, laboriously constructed bodies of music. Whether it be a concept album or left-field collaborations DOOM's world is one of a kind. Growing up in Long Island, Dumile split his time between music and immersing himself in comic books and video games. Aided by his brother DJ Subroc, music gradually took centre stage, with rapping and production becoming more than just a hobby. By 1988 they had formed Kausing Much Damage, otherwise known as KMD. http://youtu.be/Q_3GgAALPkQ Picked up by A&R Dante Ross following a guest spot on 3rd Bass' "The Gas Face," KMD released their debut album Mr. Hood in 1991. At that time, with all members identifying themselves as members of the Ansaar Allah community, the LP had a heavy focus on Black American issues, managing to address religion and racism but offsetting the subject matter with samples from Sesame Street. Though it was with lighter tracks like "Peachfuzz" that they gained moderate success. However, in 1993 they made a stark departure from their upbeat debut with Black Bastards, a project that was swiftly shelved, Elektra Records deeming the title and cover image too controversial. The group were dropped from the label shortly after. Black Bastards, after furious bootlegging of the LP gave KMD cult status, did eventually make it to release years later in 2000, but Dumile as his alter ego Zev Love X dropped off the music radar completely. During the tail end of 1997 Dumile re-emerged performing at open mic nights in New York, like Nuyorican Poets Café, using a range of disguises. But it was an old metal prop mask that became synonymous with his first full length release, Operation: Doomsday, under the moniker MF DOOM, released via indie label Fondle ’Em Records in 1999. Gone was the melodic and upbeat afrocentrics of Zev Love X, in was the Dr. Doom Marvel comic inspired alias and a vigilant quest for anonymity, said to be spurred on by a distaste for the music industry post-KMD. 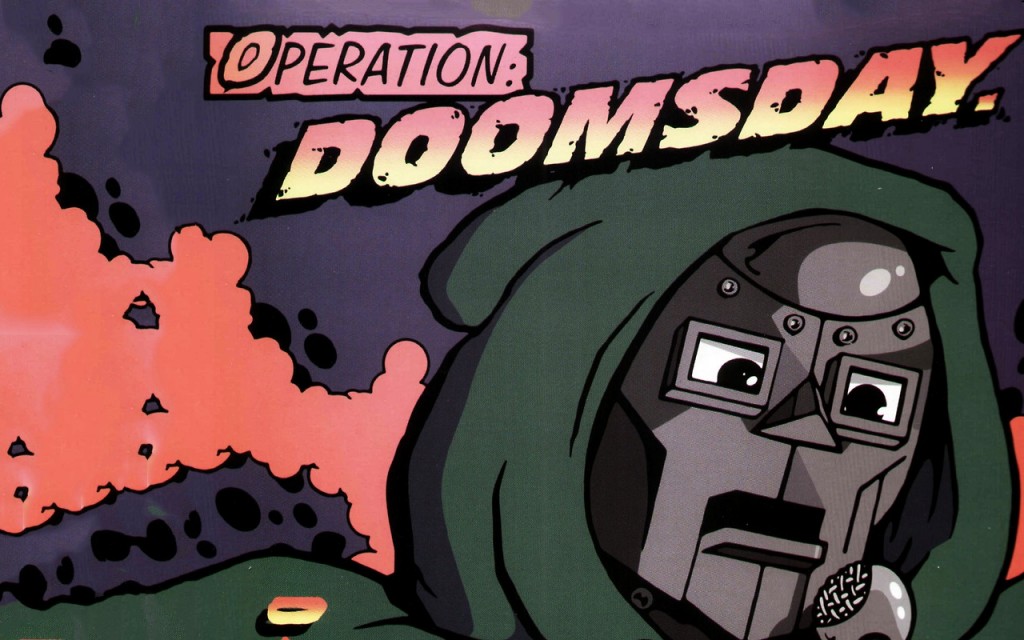 Having earned relative cult status with Operation Doomsday, DOOM kept his followers on their feet working prolifically under a handful of different pseudonyms. In 2003 he collaborated with a slew of producers, including RJD2, to release Vaudeville Villain under the alias Viktor Vaughn. The same year also marked the appearance of King Geedorah, a pseudonym he used to produce extensively for Monsta Island Czars' Escape From Monsta Island!  LP, as well as putting out a full LP as Geedorah via Big Dada entitled Take Me to Your Leader. http://youtu.be/glEimuLiL0k The meeting of producer Madlib with DOOM for Madvillainy proved to be one of the most accomplished albums in hip-hop history. Released in 2004 by Stones Throw, the much anticipated final product mutually exposed both to a wider rap audience, as well as being furiously lauded across the board by mainstream music publications. In an interview with EgoTrip, Jeff Jank, revered art director behind Stones Throw and the man responsible for visual curation of the likes of J Dilla and Dudley Perkins, explained the importance of Madvillainy in bolstering DOOM's first real public appearance. Along with DOOM's reluctance to use Eric Coleman's photo as the cover, he revealed how soured moods after a track leak, liquor, weed and both Madlib and Doom's need for solitude were responsible for the slowed creation of Madvillainy. 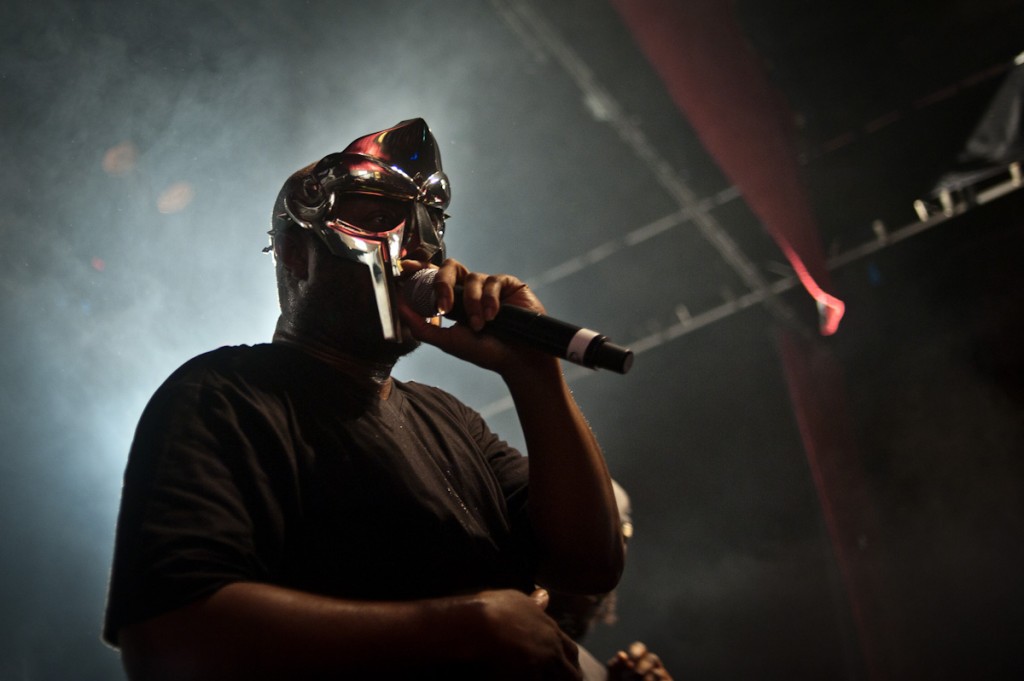 The MF DOOM persona made a triumphant comeback, since its inception on Operation Doomsday, with the Rhymesayers released MM...Food in 2004. It was another thematic adventure seeing DOOM tackle all things culinary and while it wasn't as well received by critics as Madvillainy, fans praised MM...Food for its lyrical richness and a more playful DOOM, as well as welcoming back his sorely missed production with stand out tracks like "Hoe Cakes" and "Rapp Snitch Knishes". http://youtu.be/8AK59wmpaso http://youtu.be/T64Ul-2xDHc In 2009, following DOOM settling in the UK and the commercial success of The Mouse and the Mask, Brit label Lex Records released Born Like This under the shortened name DOOM. Though it was a much darker effort than Madvillain and Dangerdoom converts may have been accustomed to, having been laced with bleak references to Charles Bukowski and underpinned with themes of disillusionment and anti-establishment, it became the first of his solo albums to chart, debuting at number 52 in the US. Though one of his gloomier turns, Born Like This was intertwined with a series of DOOM firsts; including his first ever series of live performances outside of the US, musical dalliances with the likes of Thom Yorke and Gorillaz and another EP in the form of Gazzillion Ear. Fast forward to the present day and it's yet another collaborative project announced last year with Lex cohort Jneiro Jarel as JJ DOOM, that's got DOOM die-hards falling in love with him all over again. 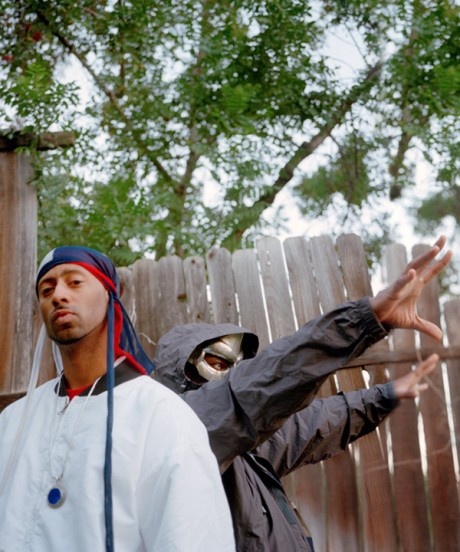 With MF DOOM being a major influence in Hip Hop for over 20 years it’s no surprise that the next chapter has seen him collaborate with yet another well-known footwear company. In 2007, we saw the iconic Nike SB Dunk High showcased with a combination of premium suede and ostrich-like leather and featuring the classic ‘DOOM’ graffiti-styled logo on the side. For 2014 however, DOOM is paying tribute to a different kind of icon, the Clarks Wallabee. More info to follow… Source: VICE