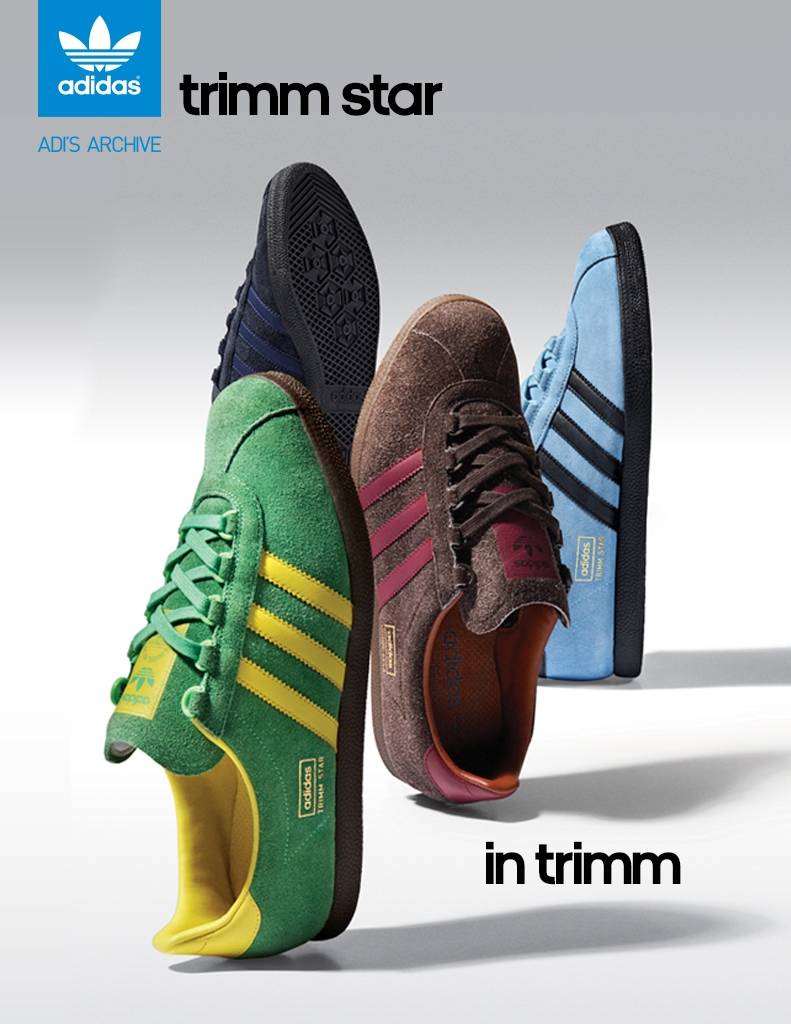 adidas Originals bring back another sought-after silhouette from their extensive back catalogue in the shape of the hotly anticipated ‘Trimm Star’. An original member of adidas’ 1970’s ‘German Sports Confederation’ endorsed fitness range, the Trimm Star at first glance could easily be mistaken as a slimmed down version of the Trimm-Trab. Its history, however, dates back further than that of its better-known sibling. First released in 1985, the Trimm Star (at the time) was the jewel in adidas’ training shoe crown. Not only did it feature an innovative ‘Ghilly Lacing System’ – technology that would later transcend to a number of adi releases from the same decade – it also featured premium materials throughout. The result: a shoe very much at the forefront of the then rising sports footwear revolution. The sleek low-profile design of the Trimm Star is signature 1970’s, and while it may seem like any other adidas reissue to some we mustn’t forget that this silhouette helped spawn the birth of adidas’ “golden era”, paving the way for other much loved 3-Stripe favourites. Fast-forward some 40+ years and the Trimm Star is back! Initially released as two inline versions: brown/maroon & green zest/yellow – the former a nod to the shoe’s OG colours, the latter a colourway more commonly associated with another model from the original “Trimm” collection, the T-Master. Also expect to see two size? exclusive colourways follow in the coming weeks. The adidas Originals Trimm Star will be available at size? stores and online on Friday 29th March in sizes 6 – 12 (UK), priced at £67. adidas Originals Trimm Star (zest green/vivd yellow/gum) - available 29th March: 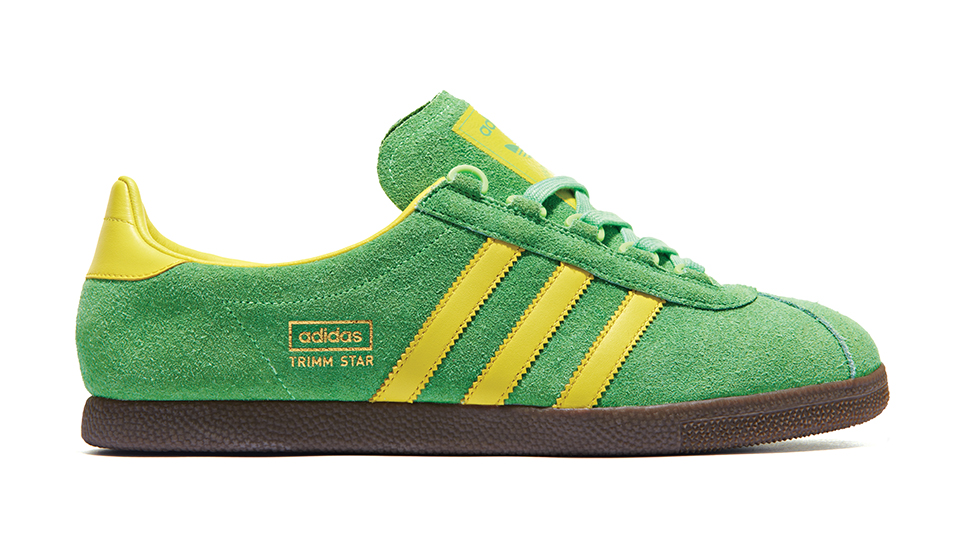 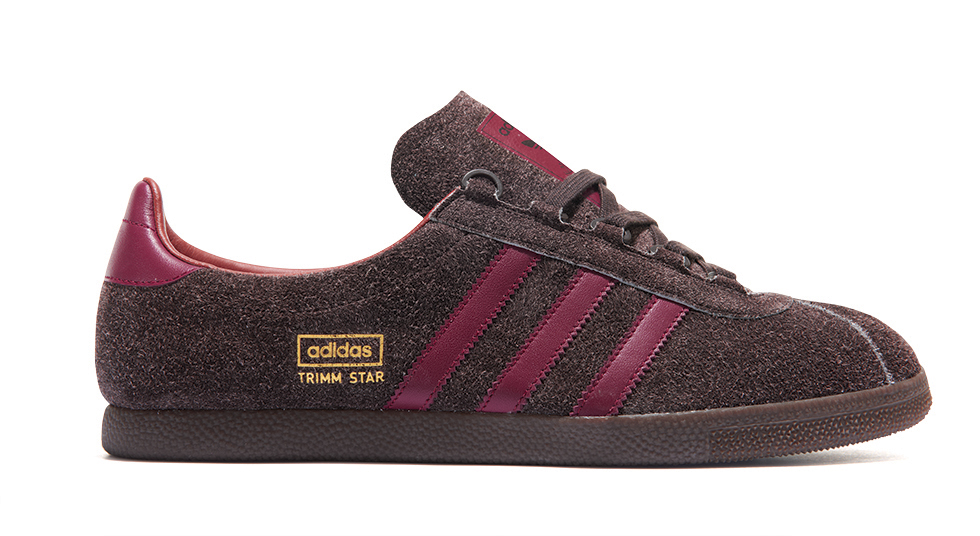 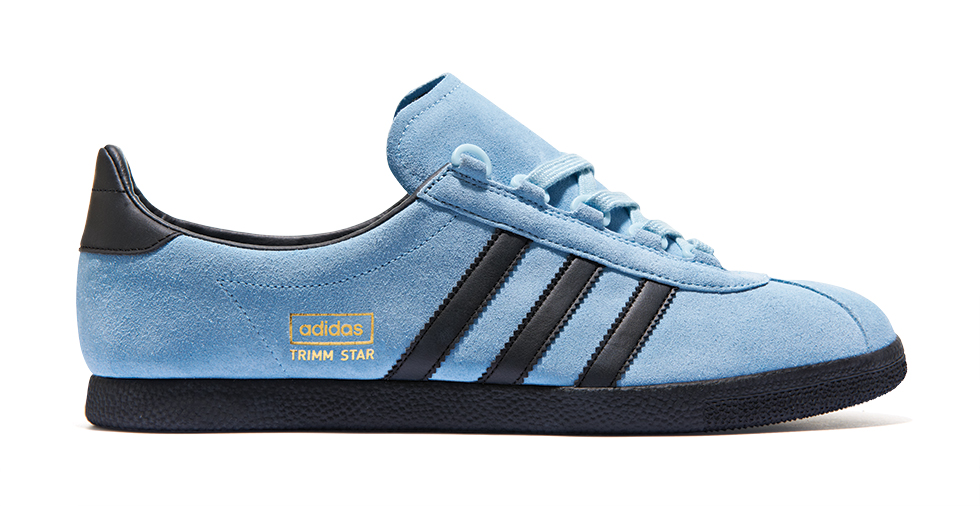 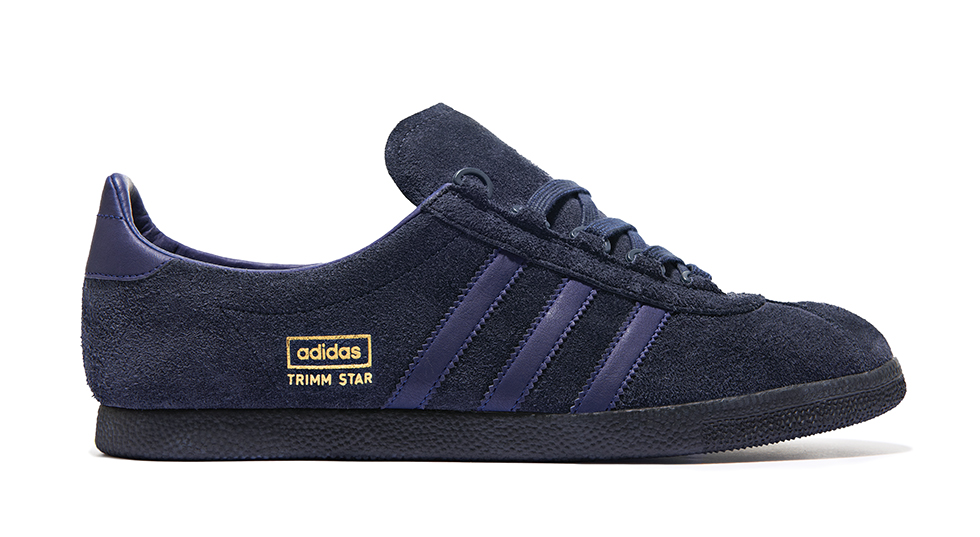