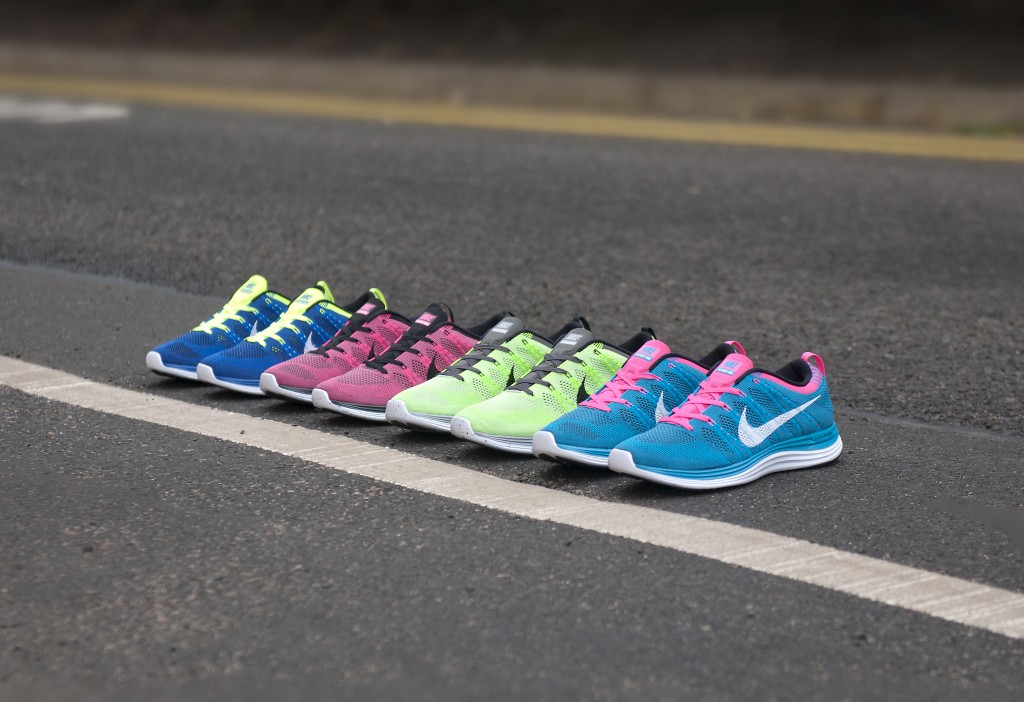 Like the innovative Flyknit technology, which was released during the early months of last year, the Nike Flyknit One+ features a redefining seamless upper, engineered to provide an increased amount of breathability, flexibility and to greatly reduce the amount of friction created by different seams around the foot. The new Flyknit One+ utilises all of these impressive characteristics along with a couple more additions. The most noticeable change from both the original Trainer or Runner silhouettes is the sole. Instead of the previous sleek and low-profiled sole, which featured integrated Air Zoom units, Nike have decided to add their NASA-inspired Lunarlon technology into the mix, creating yet another game changing shoe. But it’s not just the two-toned speckled/glitter infused sole (which are huge favourites around the office) that have been aincluded, an improved padded construction around the heel is now present, instantly recognizable from the minute you slide your foot in. They are available in a lot more colourful options as well compared to the original Flyknit collection, allowing this silhouette to become more acceptable for its still hefty £140 price-tag, a number that frightened away quite a few people last time round. Like some of you though who are new to the game, the Flyknit series have always been a hit or miss purchase, but due to the now wider stance given by the Lunar sole, this new silhouette is easily wearable, even if the colours are still as bright as ever. The Nike Flyknit One+ is available online and from our Carnaby Street and Paris stores now, priced at £140. http://youtu.be/Kdk2KdiMM3g 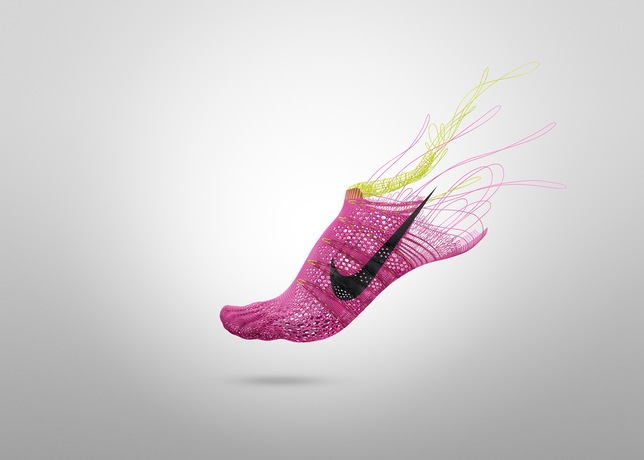 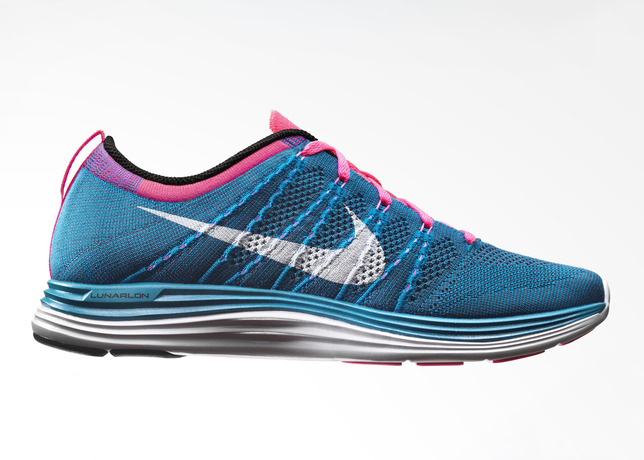 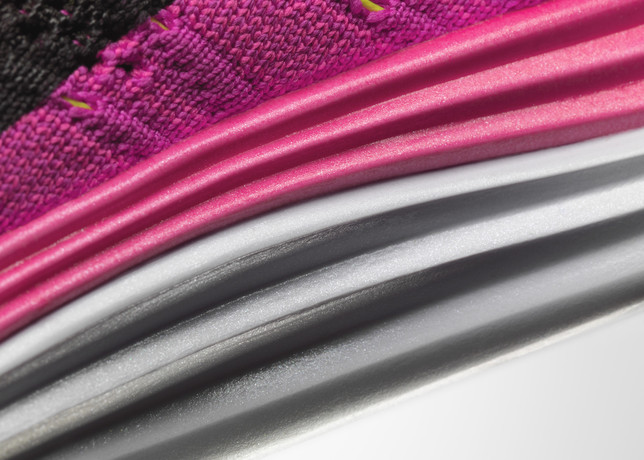 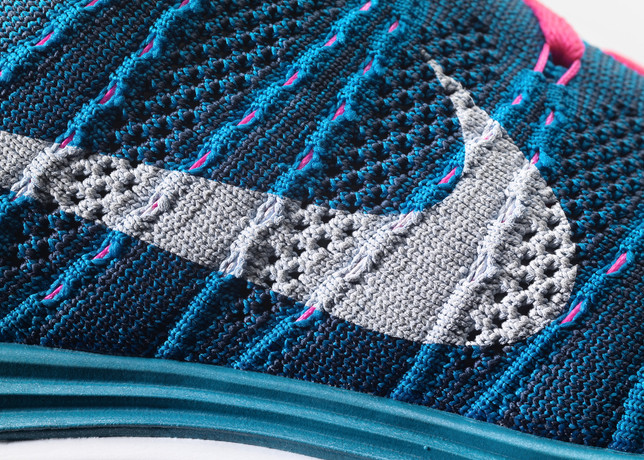