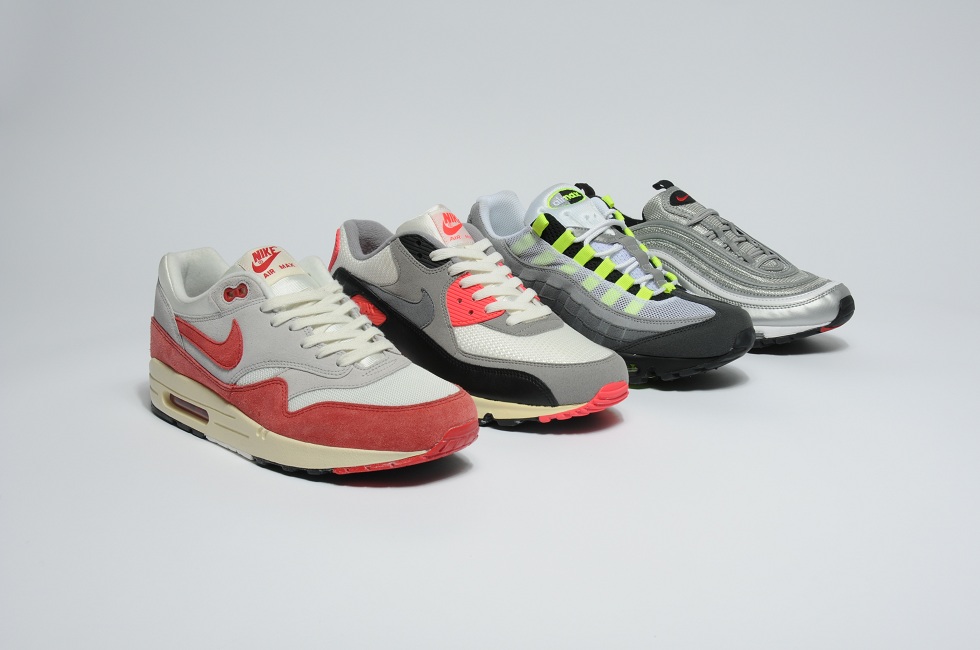 It’s been quite a while since we’ve witnessed an OG reissue like this and in our opinion Nike couldn’t have picked any better silhouettes. Air Max 1, Air Max 90, Air Max 95 and Air Max 97 – four heavyweights that need little introduction. All with their own unique technological advancements, Nike's Air Max series, and these silhouettes in particular, rewrote the history books when first released. 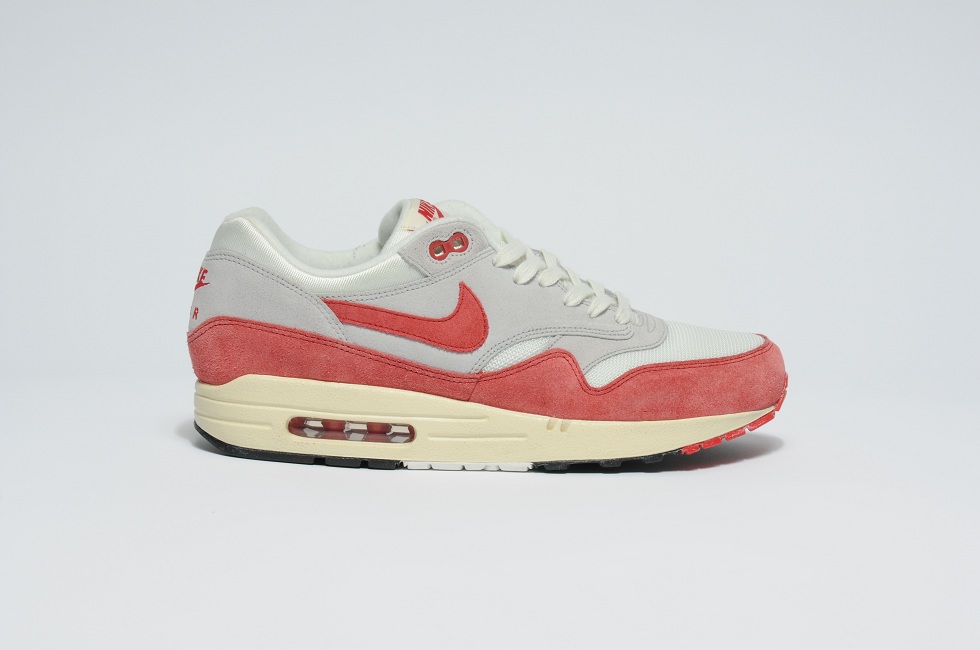 Air Max 1: Arguably the most desirable of the four pack has to be the Air Max 1. The first ever shoe to feature Visible Air when it debuted 25 years ago, the 'Max 1' rewrote the history books and pushed the boundaries of what was possible in footwear design more that any other shoe had done before. Reissued in its original and best colourway, complete with Nike's 'infamous' VNTG treatment – a effect that's split opinions ever since it first started appearing on Dunk, Bermuda and Cortez (amongst others) releases circa 2007/8 – for many, this will be the first time they've had a chance to get their hands on one of Nike's best ever releases. 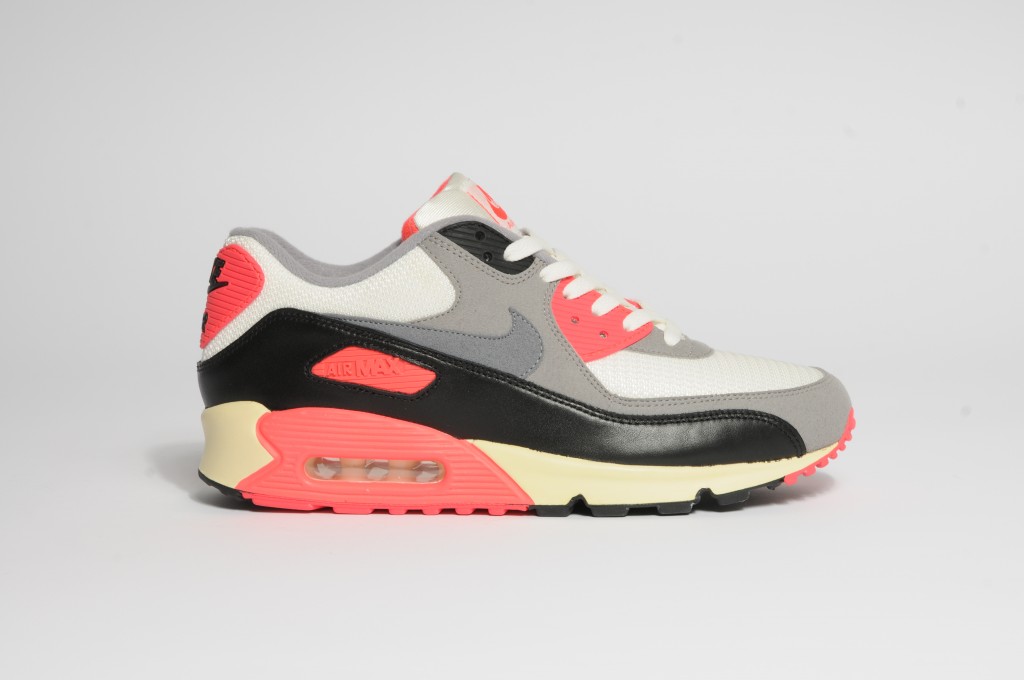 Air Max 90: Next up is the Air Max 90, a shoe that's been produced in more colour and material options over the last 22 years than you can shake a stick at. Back as it should be (colourway wise that is), the AM90 'Infrared' is a staple piece in any good footwear collection. First retro'd just after at the turn of the Millennium – a launch that even heralded a change of name (the AM90 was originally released and marketed as the Air Max III) – the 'infrared' has built up a healthy army of fans and it's not hard to see why. Since 2000 we've seen the original infrared colour pallet used on a variety of AM90 versions and even other silhouettes (remember 2008's infrared inspired Court Force Hi?), each time proving a popular choice. A downside though to this version for many will be the off yellow staining on the midsole but we actually think it works here and compliments the infrared, allowing it to pop off more. Each to their own of course but with or without a Vintage treatment there's no questioning the strength of this shoe's colourway. 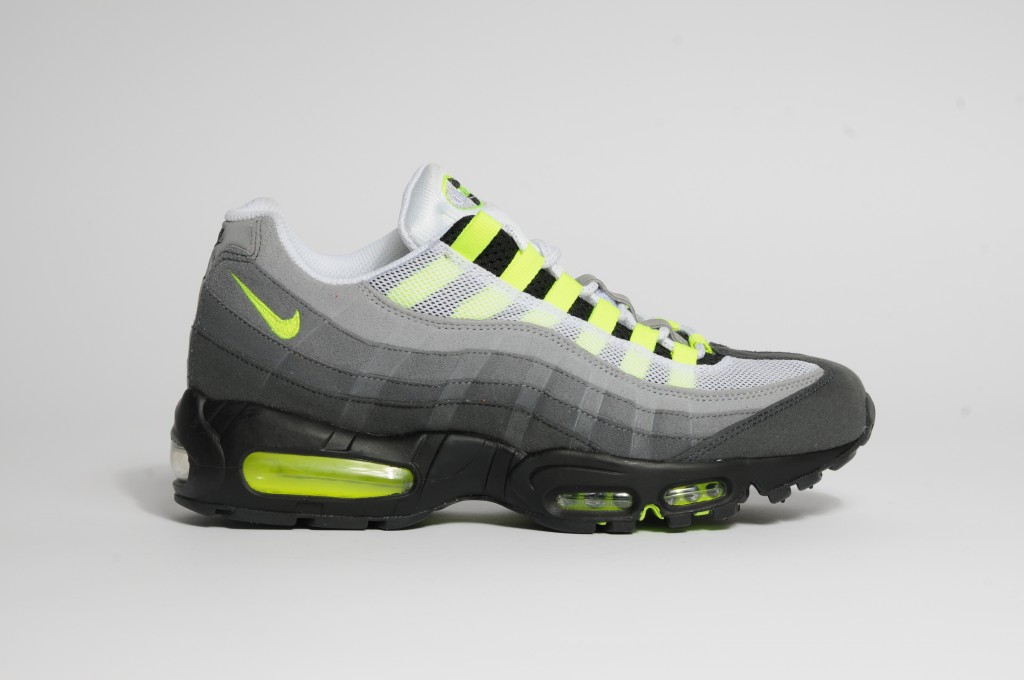 Air Max 95: Another model that benefited from a name change (initially called ‘Air Total Max’) is the Air Max 95. Designed by Sergio Lozano and featuring a silhouette inspired by the human body, the AM95 was the first Air Max family member to feature Visible Air at the front and back of the midsole. Making a welcome return in the eye-catching white/neon-black-anthracite colourway, the Air Max 95 is the first of the four silhouettes in this series to stay true to the original and not feature an aged effect treatment. 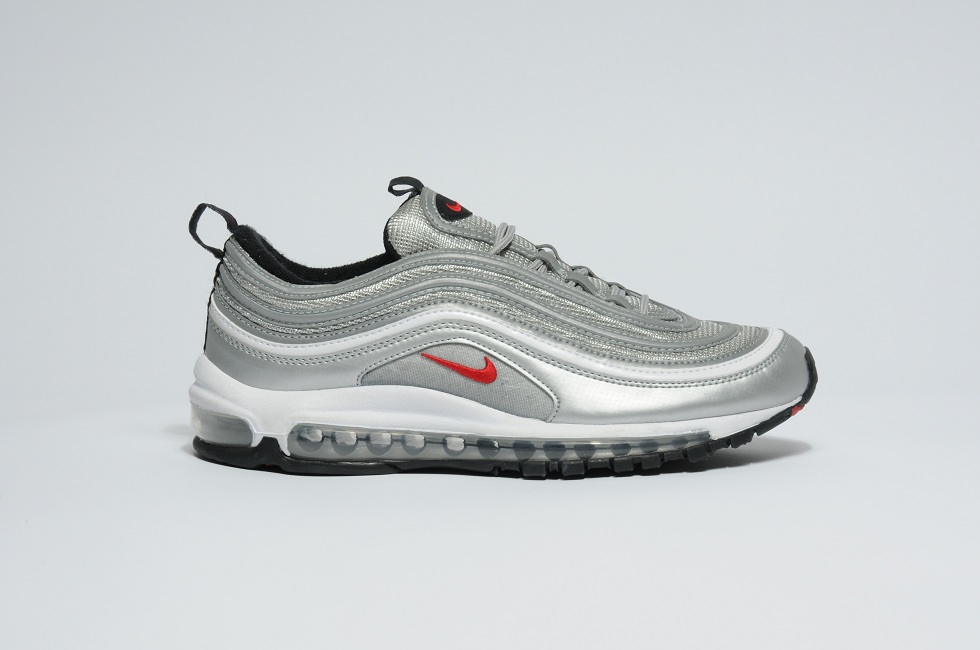 Air Max 97: Last but by no means least is 1997's entry into the Air Max hall of fame. Released in an era of high-end fashion aspirations and increasing BPM's, the '97' was perhaps the most 'out there' looking Air Max to hit the shelves when it first dropped. Paving the way for some rather questionable Nike releases and branded by many a shoe for "townies" (the 90's equivalent of a 'chav'), the AM97 has benefited from a bit of a resurgence recently thanks to some strong Hyperfuse variants over recent months. A firm favorite or ours at size?, it’ll be nice to see the futuristic ‘97 back on the shelves. The Nike Air Max OG four pack will be available from size? stores and online in the very near future. Question is, which one will you choose? 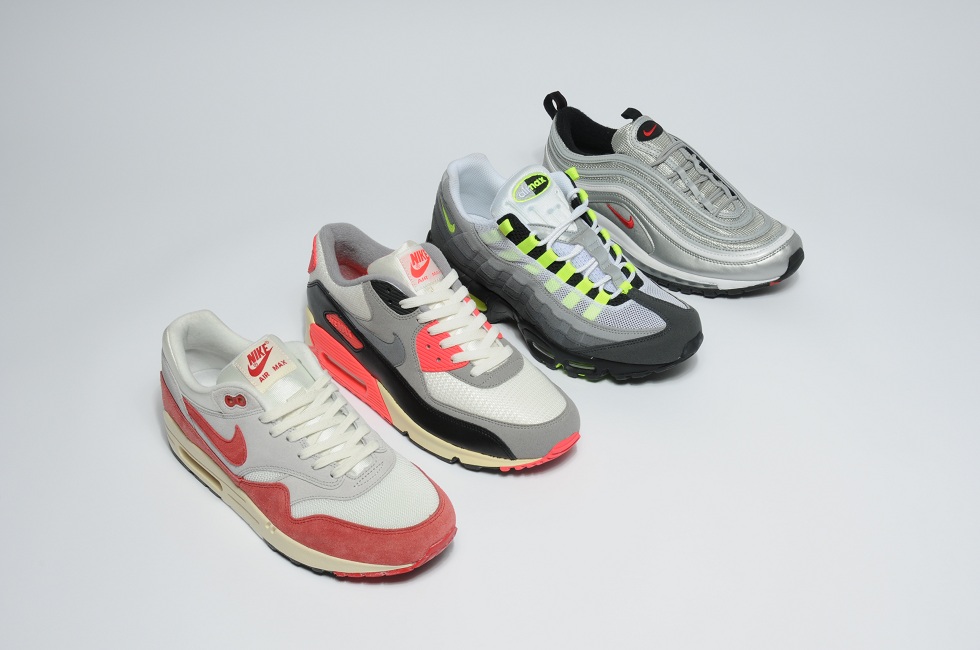