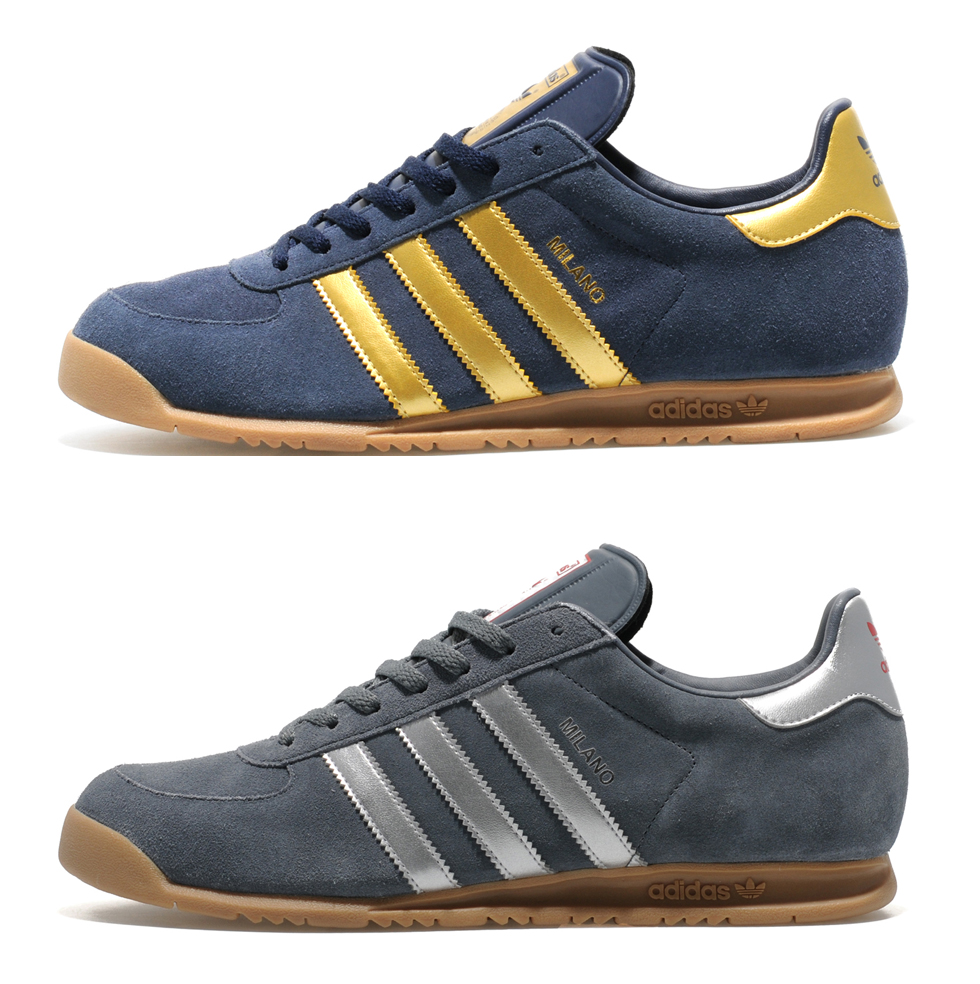 Our Adi’s Archive collaboration series with adidas Originals continues with the long awaited launch of the size? exclusive Milano. A true classic from the depth of adidas’ vast back catalogue, the Milano – an original release from the famed ‘European City Series’ of the mid/late 1970’s – is a shoe steeped in terrace history. Initially intended as an indoor gym/training shoe, it, along with other City Series releases, soon fell into adidas’ ‘leisure’ category and was followed by a number of silhouettes created for everyday use as appose to purposely being built for sport. Like the majority of models from that first stage of City Series releases, it was on the terraces of Britain’s football stadiums where the Milano really gained a strong legion of fans. Hard to come by for the majority, it was was first introduced to our shores by diehard travelling fans who regularly attended away fixtures following their teams round Europe in the glory days of British football, long before the big money/televised ties of the Champions League. Back then fans would compete with each other to see who could return with the rarest, most sought after sports footwear and clothing that you simply couldn’t get over here and shoes like the Milano were right at the centre of attention. A clean, athletic looking silhouette, the Milano was one of only a handful of City Series releases not to feature an overlay section on the toe box – an iconic feature on a lot of earlier adidas shoes, designed to add extra support to high impact areas. Favoured by many because of its lightweight but durable build, the Milano makes a welcome return in 2012 in its original colourway (new navy/matte gold/gum) alongside a new second colourway (lead/matte silver/gum), both exclusive to size? in the UK. Both colourways launch in limited numbers from size? stores and online next Friday (31st August), priced at £67. 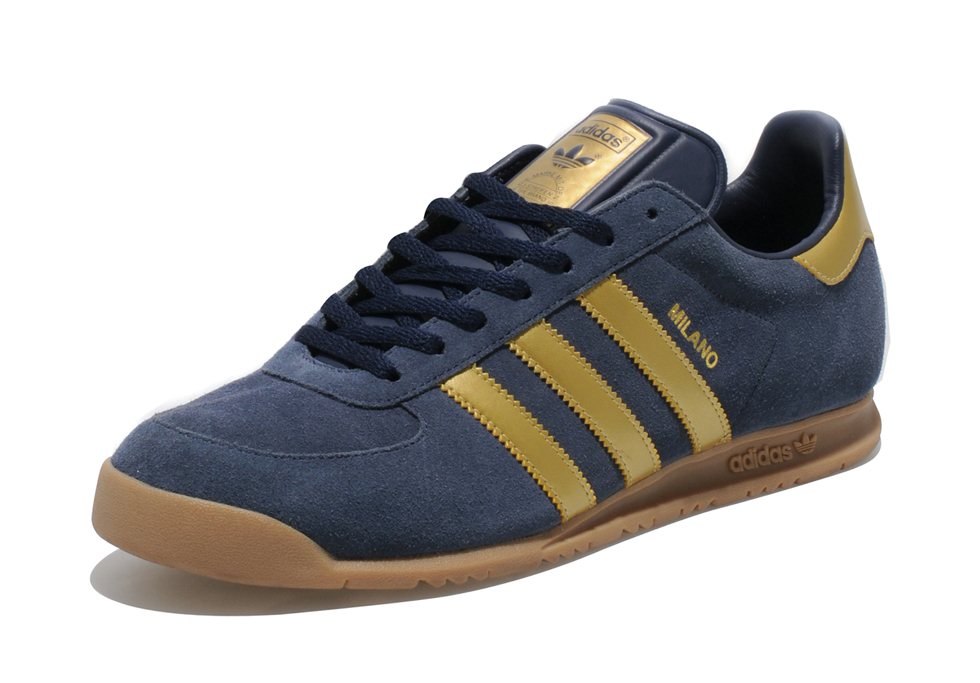 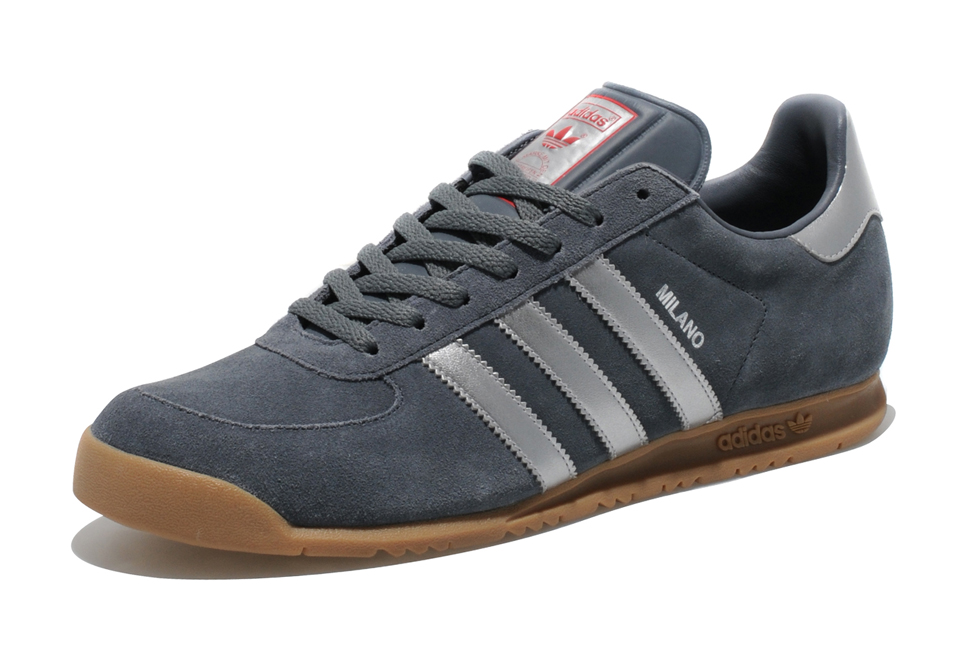