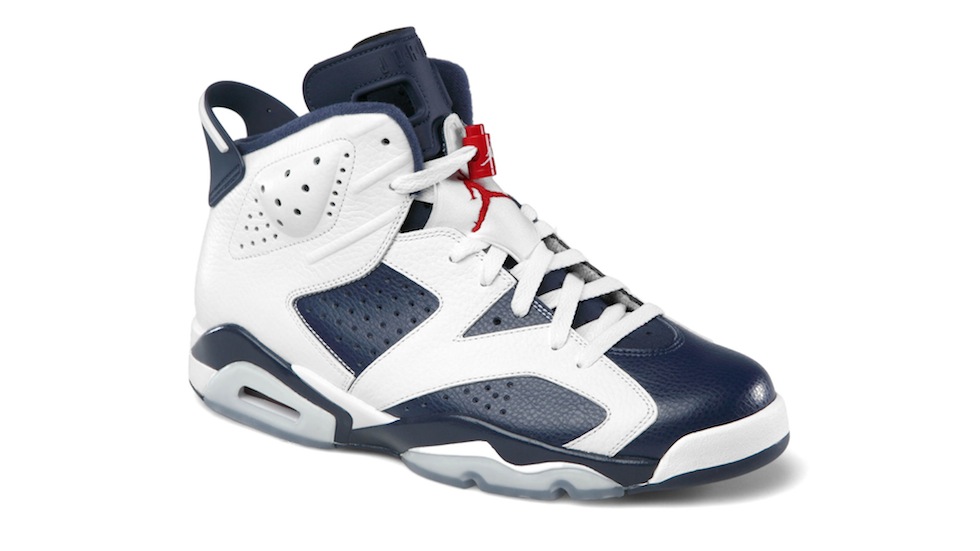 This Saturday see the release of yet another bring back issue from the extensive Air Jordan back catalogue in the form of the AJ6. First seen on the feet of Michael Jordan in 1991 whilst he won his first ever NBA title as well as his first MVP, design & development duties for the AJ6 were once again handed to Nike’s head design honcho, Tinker Hatfield. Featuring a clear rubber outsole & visible Air unit reminiscent of the ones used on the 5th generation Air Jordan, the ‘6’ was the first edition to utilise a clean toe box (a specific design request of MJ’s), a rubber tongue with finger loops, a molded plastic heel tab and an inner boot sleeve, designed to give a superior fit. The Air Jordan VI has been released in a number of different colour & material options over the years, but this time round we’re treated to the rather appropriate ‘Dream Team’ inspired colourway, which was first released to coincide with the 2000 Olympic Games in Sydney. Featuring premium white & midnight navy leather with varsity red colour pops, the Air Jordan VI will be available this Saturday (7th July) in limited numbers. 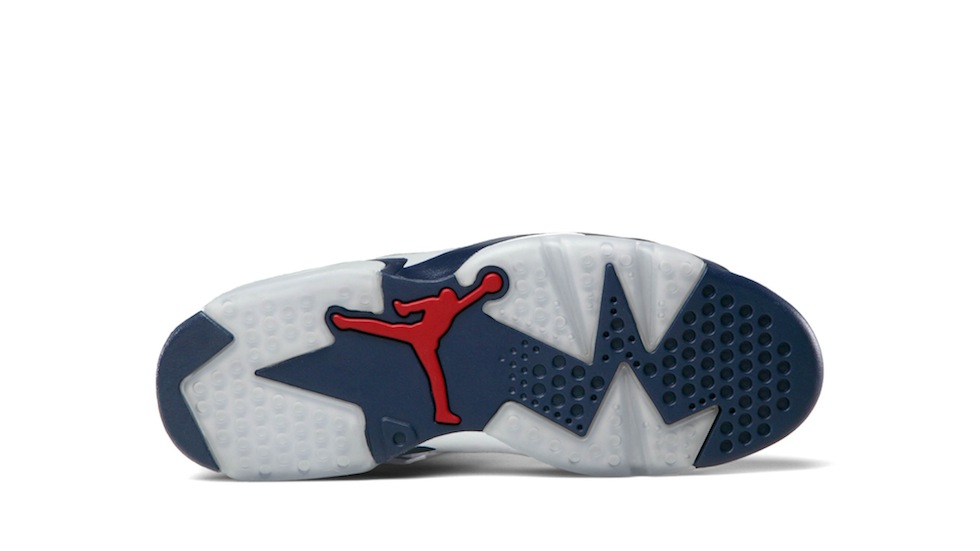 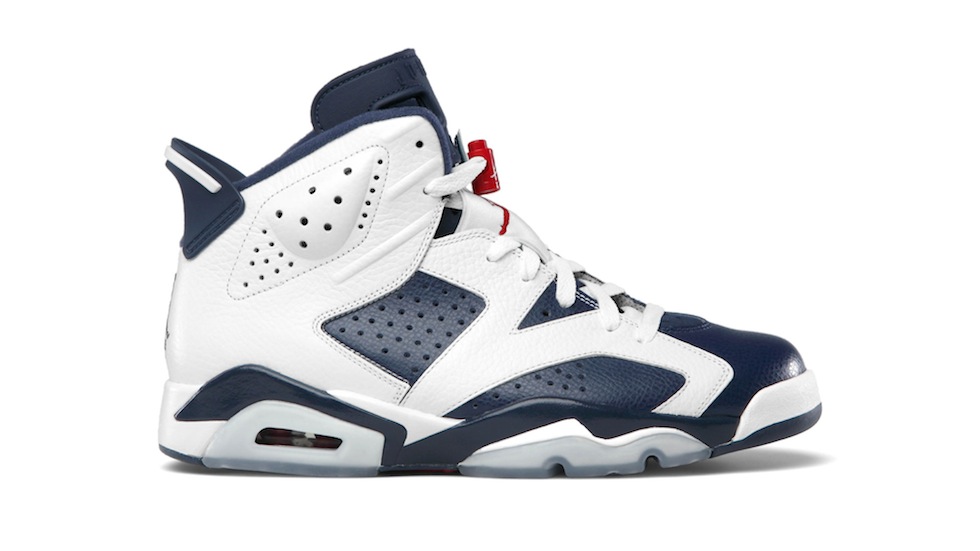