The iconic story of the adidas Originals Superstar 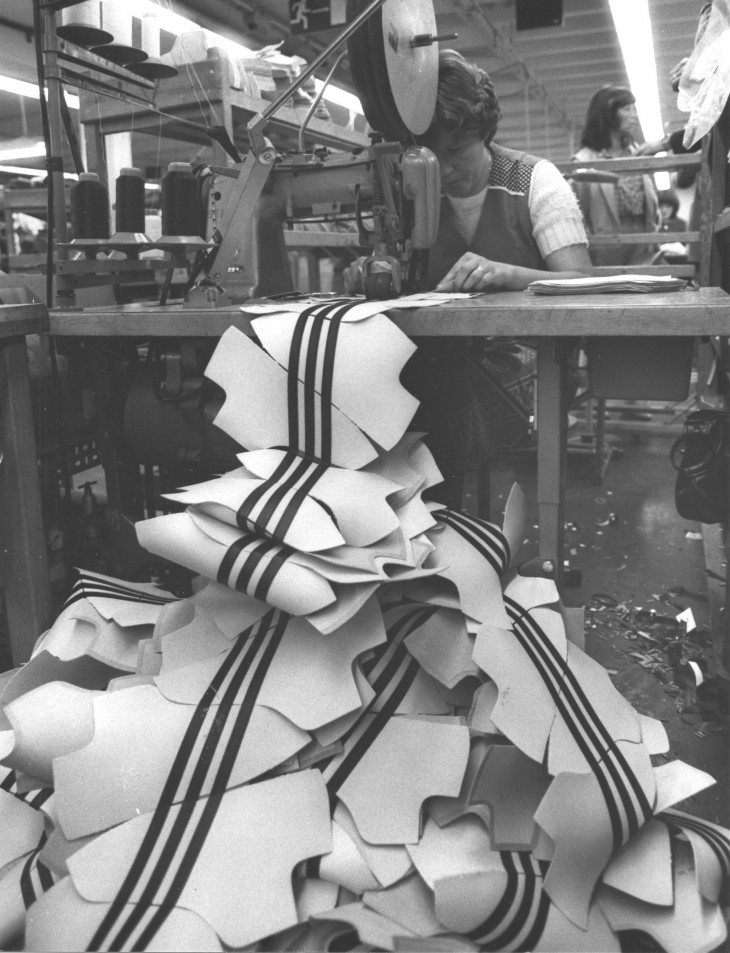 From its origins as humble sporting equipment, all the way through to its current stature as a global streetwear staple, the Superstar is arguably the most iconic sneaker design of all time. After a fine career in major league basketball in the 1970s, the shoe’s golden era arrived in the 80s, when it found itself at the nexus of urban fashion and hip-hop. Over the course of five decades, the Superstar has transcended countless scenes and maintained its timeless essence. Below, we take you on a journey through the shoe's storied history. 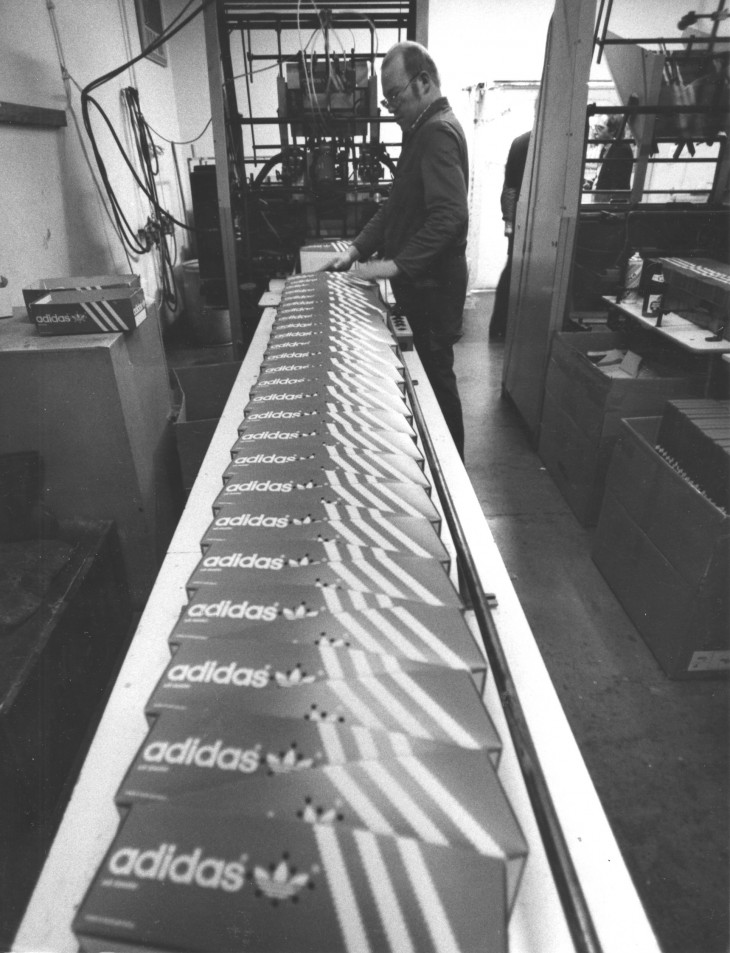 The Superstar technically hit the court late in 1969, but 1970 is widely acknowledged as the shoe’s official rookie year. Today the Superstar model is lauded for its undersatated look and historical connections, but back when it debuted, it was considered a highly technical piece of performance footwear. Supremely light and comfortable, it was immediately embraced by professional b-ball players. And by the mid-70s, the model set a new benchmark by which all other shoes would be judged: now worn by around 75% of pros in the major league. True all-court domination. 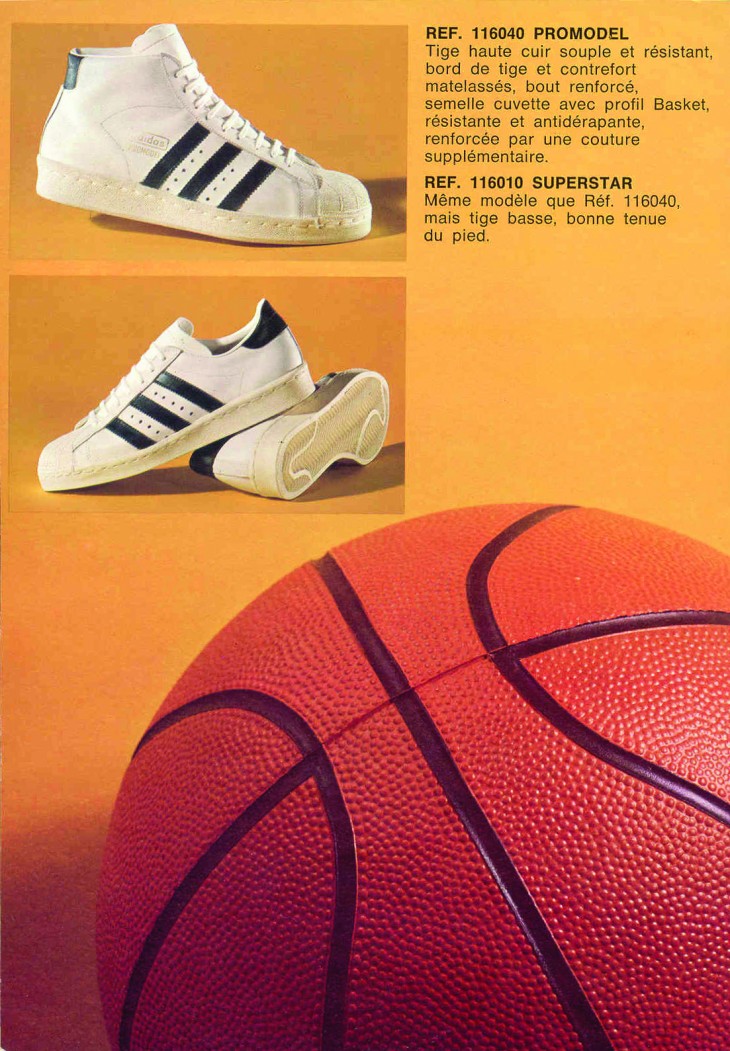 At the end of the 70s, the Superstar and Pro Model were visible in catalogues. By the early-80s, adidas catalogues included a modified Superstar with a reconfigured shape and a more relaxed fit aimed at the American market. 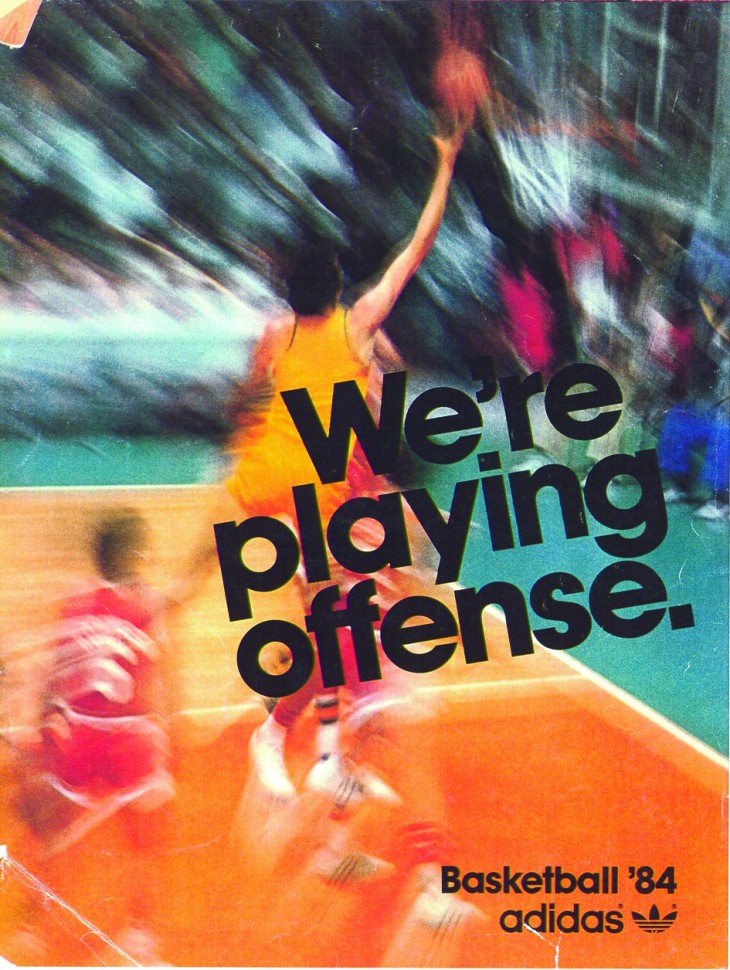 It’s at this point that a nascent hip-hop scene in NYC gravitated towards the Superstar as a result of the shoe’s raw aesthetic and b-boy resilience. adidas had prestige. The exotic otherworldliness of a European sportswear brand seemed to resonate louder than comparable American-made alternatives. On the East Coast of the USA, the pioneers and party-starters of the era had adopted Superstars, lending them a street credibility that adidas had never envisaged. Against all the odds, the Superstar was about to take on a new lease of life. 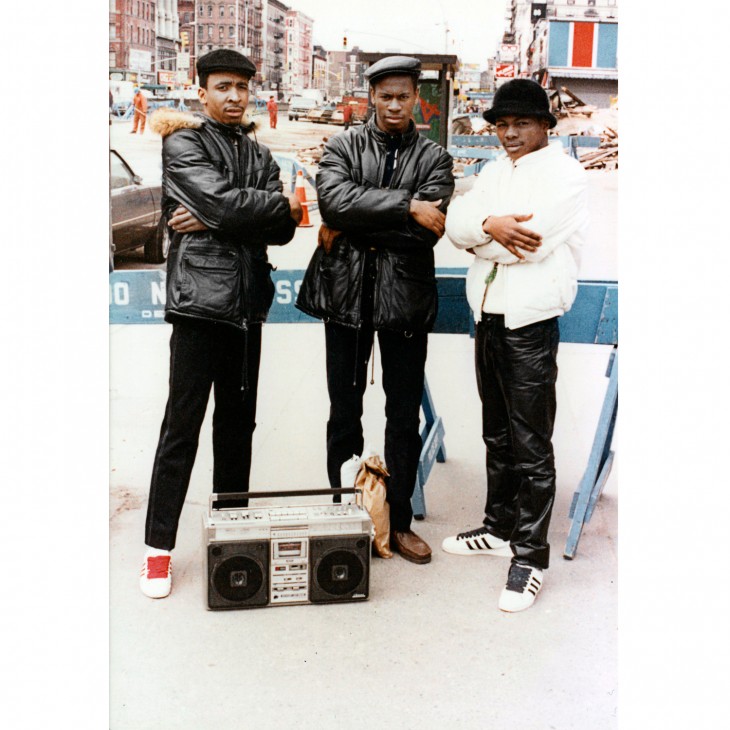 When Run-DMC brought gold chains, leather goose down coats and unlaced Superstars together, it forged a more authentic dress code for rap. The inclusion of ‘My Adidas’ on their bestselling Raising Hell LP – and the infamous Madison Square Garden concert call for fans to hold their Superstar shoes aloft – resulted in a pioneering endorsement deal with adidas that redefined the entertainment industry. A year later, the Ultrastar model was released as part of the Run-DMC line with an oversized Trefoil logo and elastic straps as a nod to the group’s laceless aesthetic. That hip-hop connection was deeply influential all around the world. 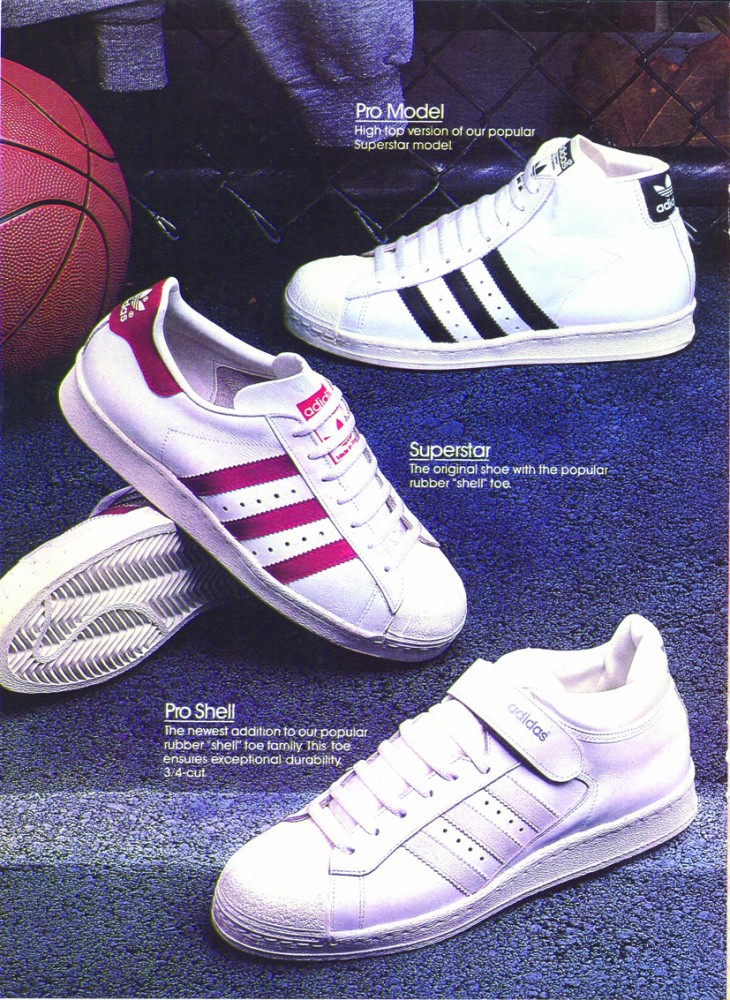 What had been set in motion in the late-80s would multiply harder in the early-90s. The thirst for ‘old school’ footwear careered into the mainstream consciousness with traction. The flip-trick evolution in street skateboarding created new cult heroes and the Superstar model became a fixture in VHS skate-vids. Signing with the adidas skate team, the mercurial Mark Gonzales legitimised the shoe’s credentials and the connection with skate culture was made contractual. As the '90s drew to a close, the Superstar model’s aura remained strong. For a Y2K crossover into a new century, the fact that a sneaker from 1970 was still hitting buckets was indicative of some serious stamina. 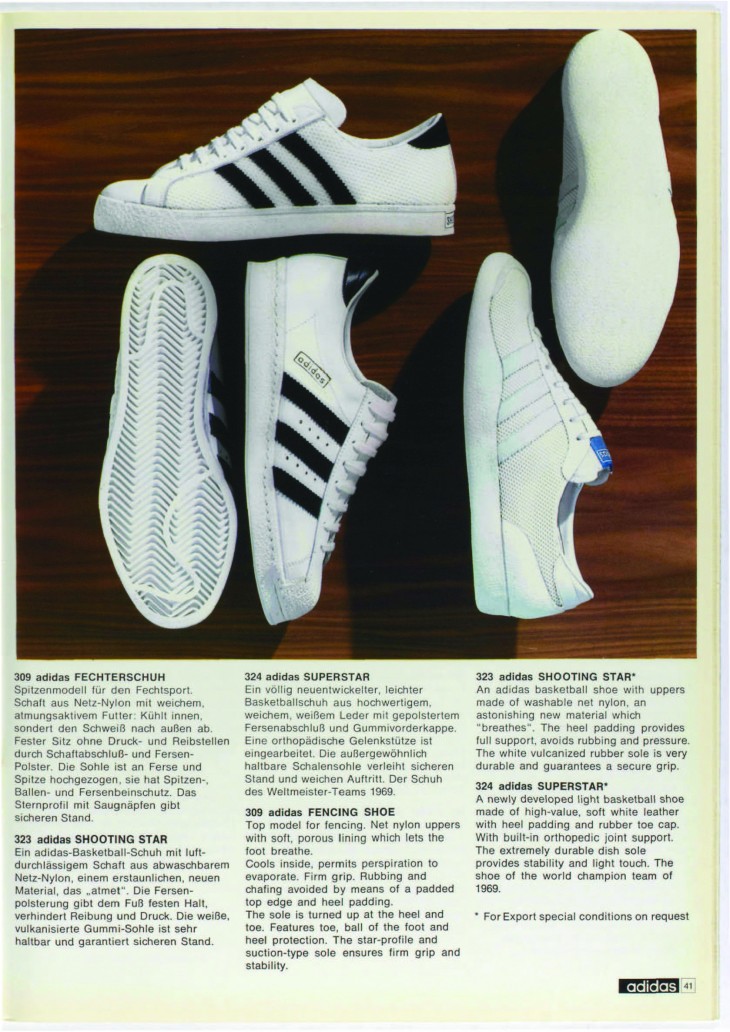 With sneaker culture expanding beyond a small group of diehards into a globalised digital cult, the obsession with retro sneakers and a new collaborative approach to product development was about to have a profound impact on the Superstar’s fortunes. 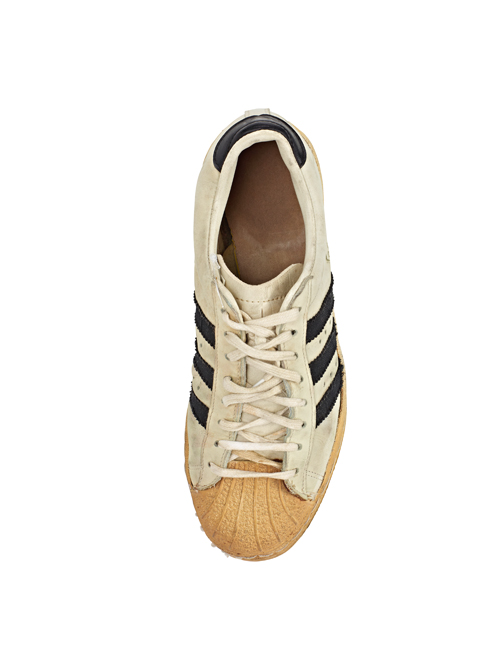 The ambitious SS35 programme marked the 35th anniversary of the Superstar. 35 years = 35 collaborative releases. It began with fanatics queuing outside a handful of sneaker boutiques on December 31st, 2004. While the rest of the city was in full party mode, the midnight chime signaled the sale of the Consortium collection, a pioneering combination of top-tier adidas doors given free reign to design their own Superstar sneaker. A project of this stature needs a fitting finale and Superstar #35 model was the rarest of them all. Handmade entirely from sumptuous leather, right down to the shell toe and the outsole, the shoe was presented in a huge white case with gold-plated hardware and an equally plush cleaning kit. Made in miniscule quantities, it was a luxury celebration of a unique and innovative concept that would serve as the foundation and inspiration for the next decade of sneaker culture.

Everything runs in cycles, but even with the dozens of Superstar variations made, the countless countries of origin and the myriad of collaborations that have been released over the years, there’s still a thousand Superstar tales to be told. And this season, we tell the story of two very important landmarks. Celebrating the Superstar's 50th and our 20th anniversary, we've teamed up with adidas Originals for a fittingly commoerative rendition of the silhouette. To take a look at said shoe, click on through.