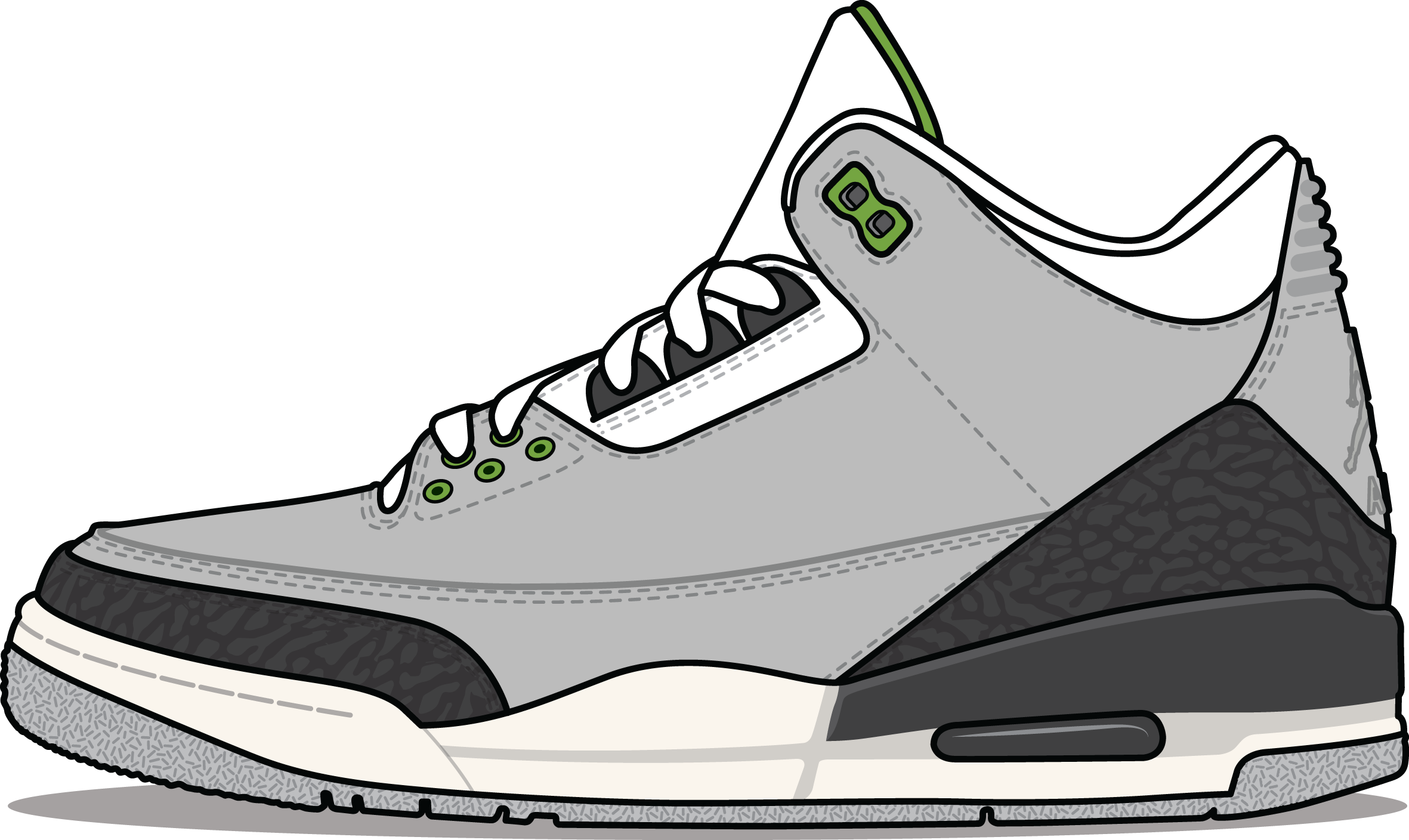 This season the Nike Air Jordan III Retro gets a 'Chlorophyll' makeover, inspired by one of Michael Jordan's favourite off-court sneakers, the Air Trainer 1. But before we go into that, a quick look back at the heritage of the Jordan III silhouette. Originally launching in 1988, Michael Jordan’s third signature shoe continued to push boundaries and maintain Nike’s streak of innovation within the world of athletic product. With Tinker Hatfield manning the helm on his first Air Jordan release, it was inevitable that something brand new would be brought to the table. After the successful introduction of visible air in his 1987 masterpiece, the Air Max 1, it was decided to begin evolving and start integrating the technology into other categories. Debuting on the basketball court inside the Air Revolution in 1988 (also designed by Tinker), the same Air-bubble midsole tooling was transferred over into the Air Jordan III, with more of an emphasis given to the appearance of the radical new upper. In Tinker’s original renderings for the III, he even refers to his new creation as the ‘Air Jordan Revolution’, a nod to its predecessor. One design cue that followed through from the Air Jordan II was the use of animal print. The Bruce Kilgore designed, Italian made sneaker incorporated an iguana textured leather into it’s mid-panel, in place of the Swoosh seen on the original Air Jordan I. A luxurious Elephant print made it’s way onto the III to inherit the premium feel of the product line, and has been a mainstay feature for almost all of its 28 year existence. Looking to the Air Trainer 1's original colour palette as a key influence, this season the Air Jordan III Retro arrives with a premium leather upper in a 'Light Smoke Grey', decorated with black elephant-print overlays. Bursts of colour pop throughout, with accents 'Chlorophyll' green decorating the eyelets, tongue and signature Jumpman branding. This 2018 re-up see’s the lauded ‘Nike Air’ branding placed back on the heel firmly where it belongs, a request from the public that has finally been acknowledged by the brand over the course of the last couple years worth of retro releases. The Air Jordan III OG Retro ‘Chlorophyll’ will be available on the size? previews app and in selected size? stores on Saturday 10th November, priced at £100.