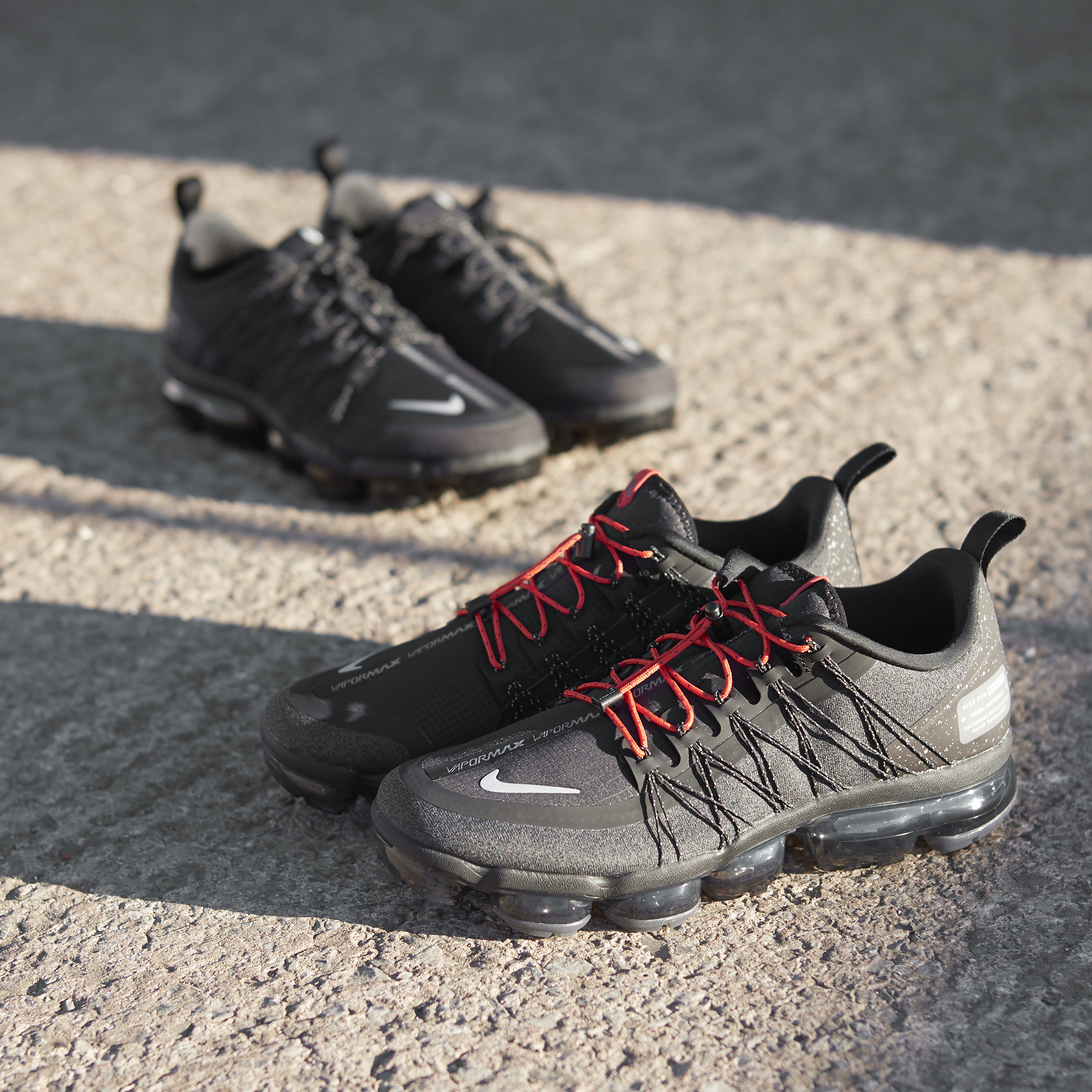 Nike have never been one to shy away from tinkering with their already ground-breaking designs and this season the Nike Air VaporMax is the latest model to receive an upgrade. Crafted with running in mind, the Air VaporMax Run Utility play host to an ensemble of premium detailing, whilst retaining all the key features that make the silhouette so revolutionary. Thirty years on from the release of the first ever Air Max model the VaporMax aimed to stand apart from its predecessors. The revolutionary pair was formed with the idea of using less air, more efficiently. With the aid of pressure maps on the foot, Nike’s designers identified the precise amount of Air needed to support a runner’s step. Building on that technology, the team formed a tread patterned outsole which performed like small pistons; with each of its lugs being pushed into the Air unit and releasing at step-off for that energy-responsive, springy bounce. 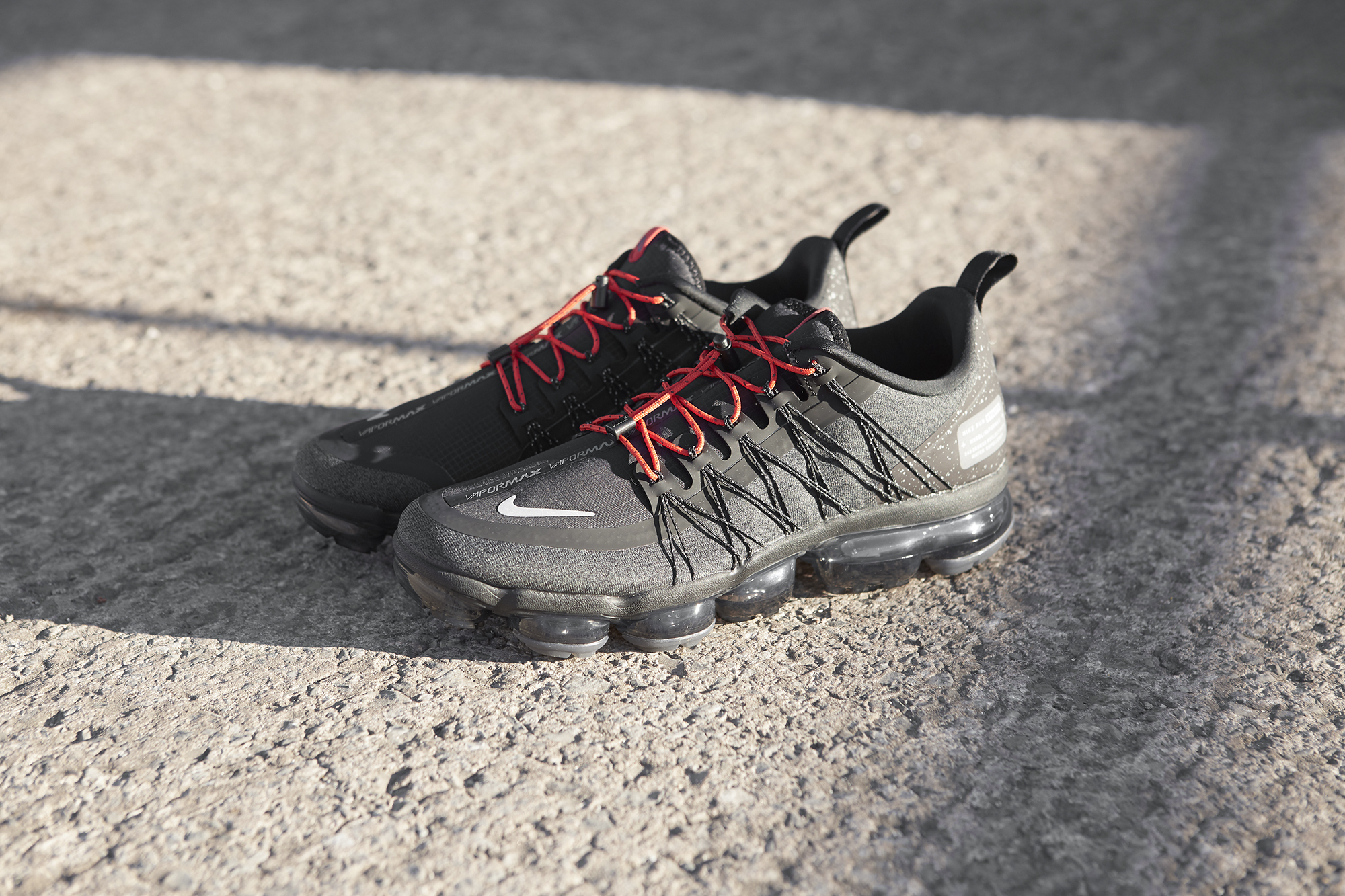 The VaporMax Run Utility takes the DNA from the typical model we all know and enhances it further. Flymesh is swapped out for a waterproof construct, with a durable ripstop fabrication making up the model's vamp and tongue. Held together by taped seams, the two-piece upper is fused together to ensure maximum levels of water-repellency, making the Air VaporMax Run Utility suitable all year round. And with winter just around the corner, the addition of a drawcord toggle Flywire lacing system enables quick and easy adjusting when the weather turns wet and cold. Releasing in two different colour palettes - the VaporMax Run Utility arrives in an all-black edition and a black and grey colourway, with bursts of orange arriving at the toggle-lace system. Reflective detailing to the Flywire system help assures you're seen when running at any time of day, proving both safe and stylish. Underfoot, the lightweight trainers play host to an instantly recognisable Air bubble midsole ensuring a wonderfully buoyant feel with every step you take. The Nike Air VaporMax Run Utility will be available via the size? Previews App and in size? stores on Thursday 1st November priced at £170. 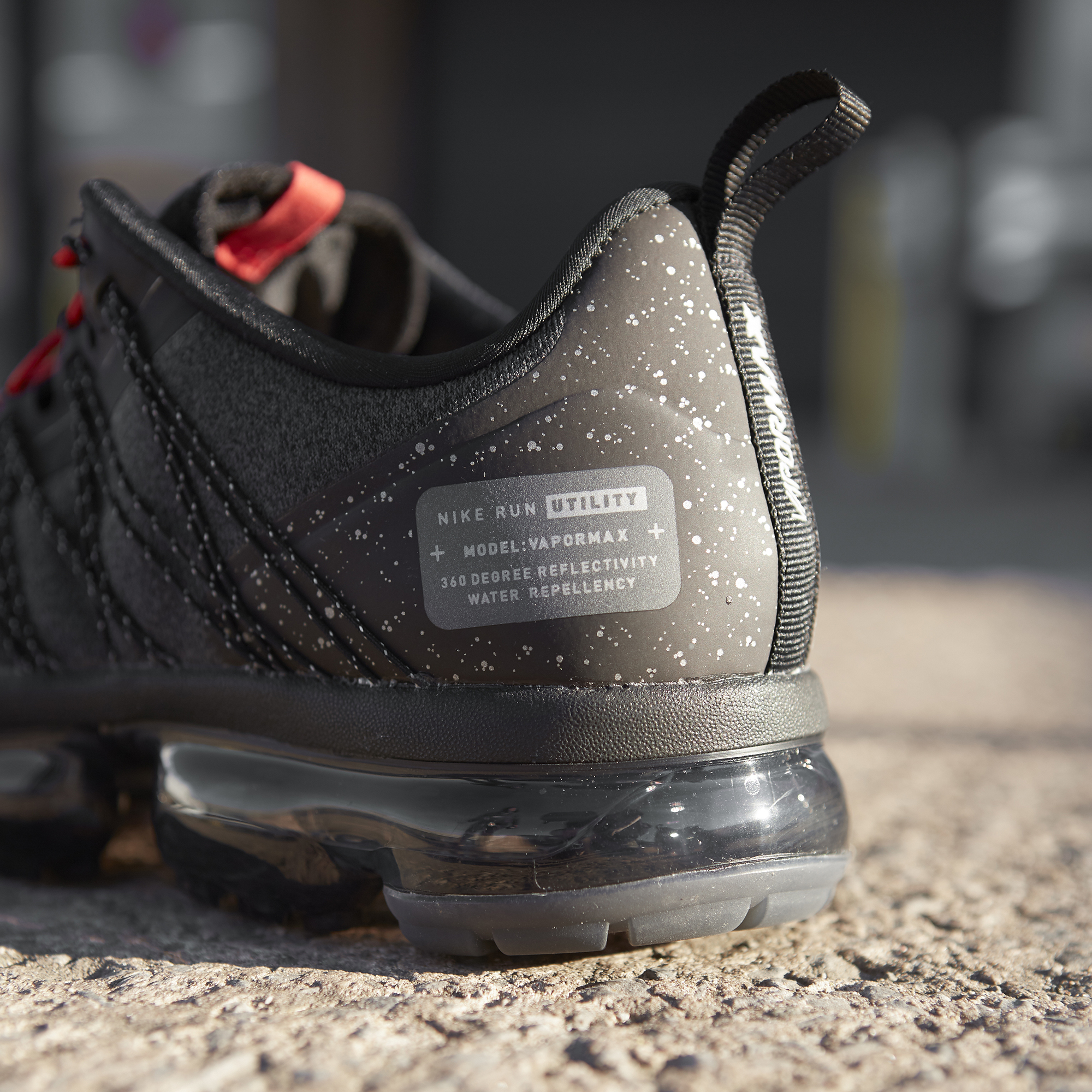 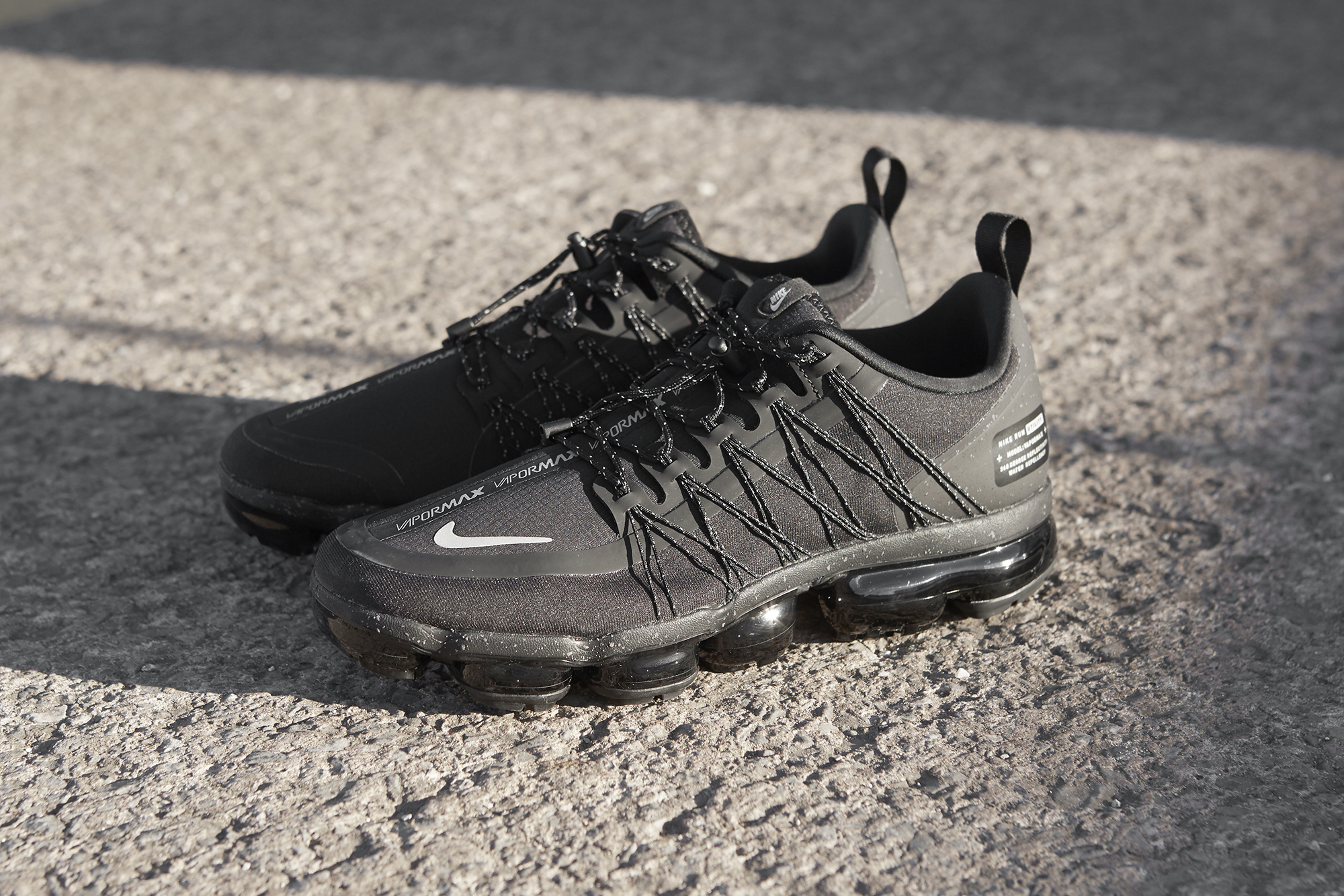