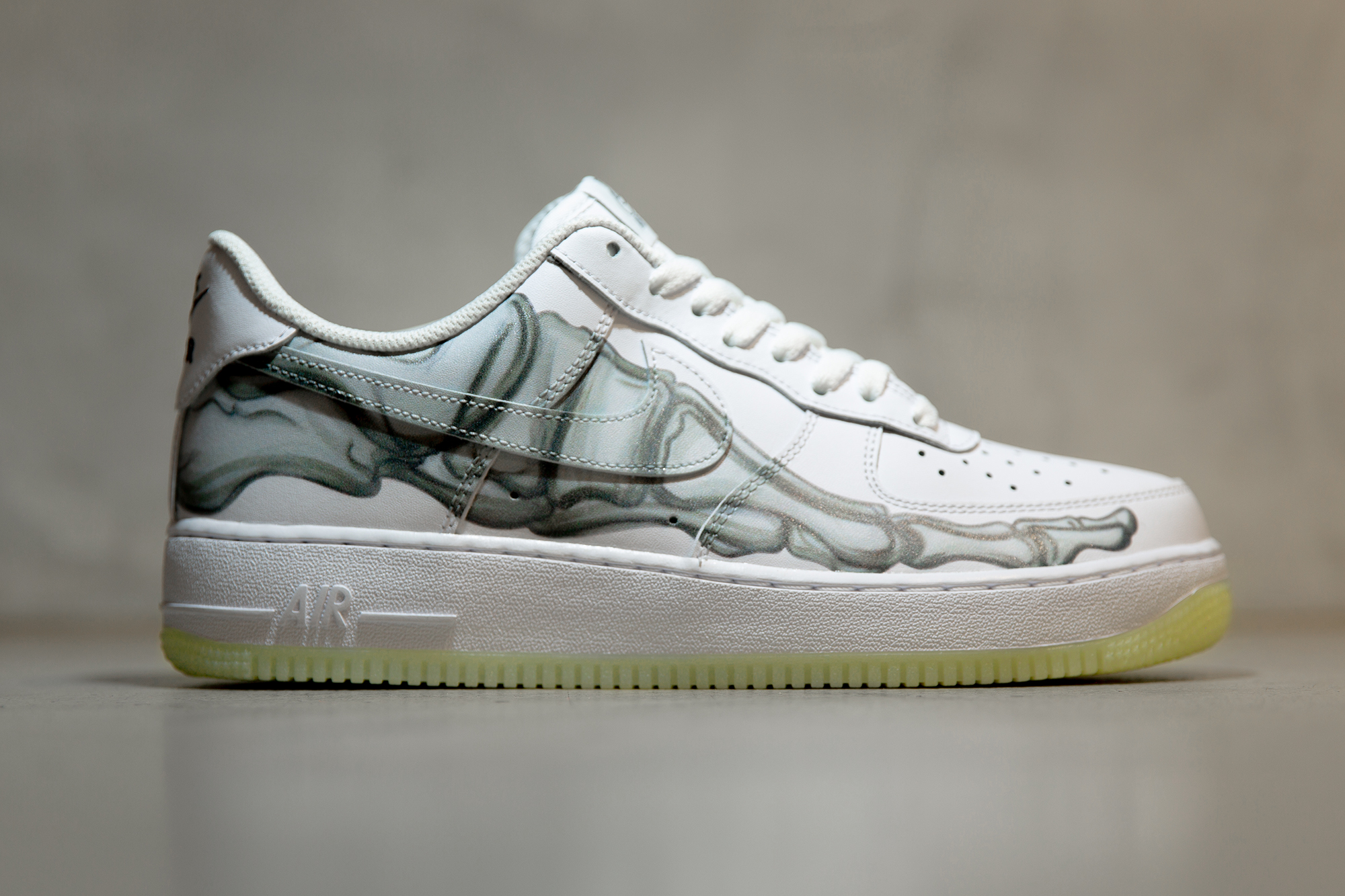 With the Halloween season upon us and fright in the air, Nike's Air Force 1 '07 Low gets a spooky 'Skeleton' inspired makeover. But before we dissect that, let's take a look back at the silhouette's illustrious history. AF 1's, Forces, Uptown's and Harlem's, whatever name you call them there's no denying Bruce Kilgore's Nike Air Force 1 has become one of the brand's most infamous silhouettes. First hitting the hardwood in 1982, Kilgore designed a revolutionary pivot point system on the outsole, designed to help quick turning on the court. Championed by Allstars like Rasheed Wallace, Kobe Bryant, and most famously Moses Malone (one of the original poster boys for the shoe) it later found fame on the streets as a statement piece in any outfit. Despite all of the colour combinations and transformations, it’s gone through over the years, it’s still an archetype which has stood the test of time and is still highly revered today. Forever evolving, the Air Force 1 continually re-imagines itself season upon season with subtle updates to reflect the current moment and here we get to see a haunting edition of the model just in time for All Hallows' Eve. Working upon the iconic white-on-white model, these low top Air Force 1's play host to premium detailing whilst retraining all the key features that make the pair so covetable. 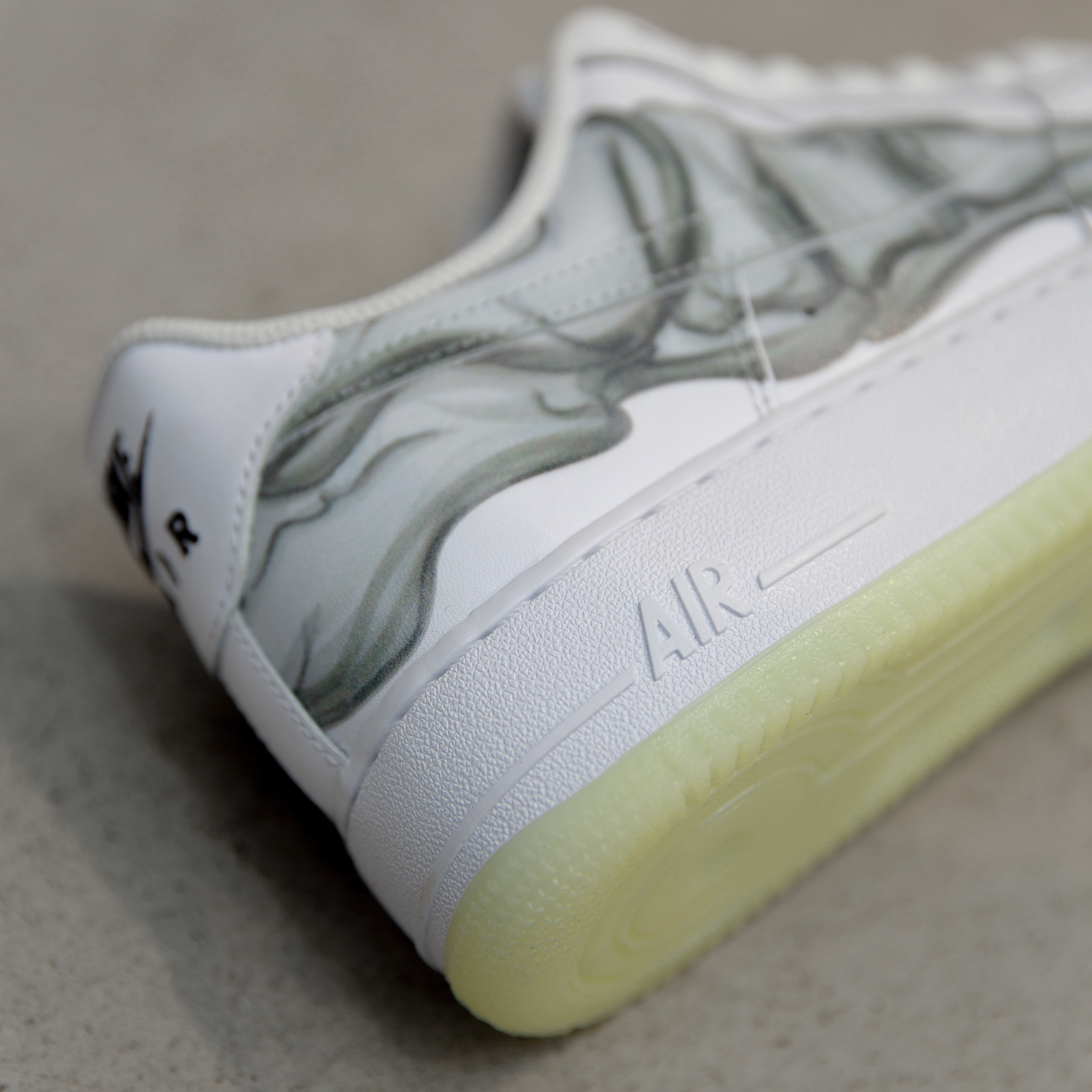 A ghoulish grey skeleton print adorns the hard-wearing leather upper, painting over the signature midfoot Swoosh making the wearer look as though they've slipped their foot into an X-Ray machine. Continuing the theme, bones are used to make up the woven Nike branding on the tongue tab, replacing the brand's usual Futura font, and the pivot-point outsole is realised in a translucent glow in the dark rubber. The Nike Air Force 1 '07 Low 'Skeleton' Quickstrike will be available via the size? Previews App and in size? stores on Wednesday 31st October, priced at £85, available in both men's and women's sizes. 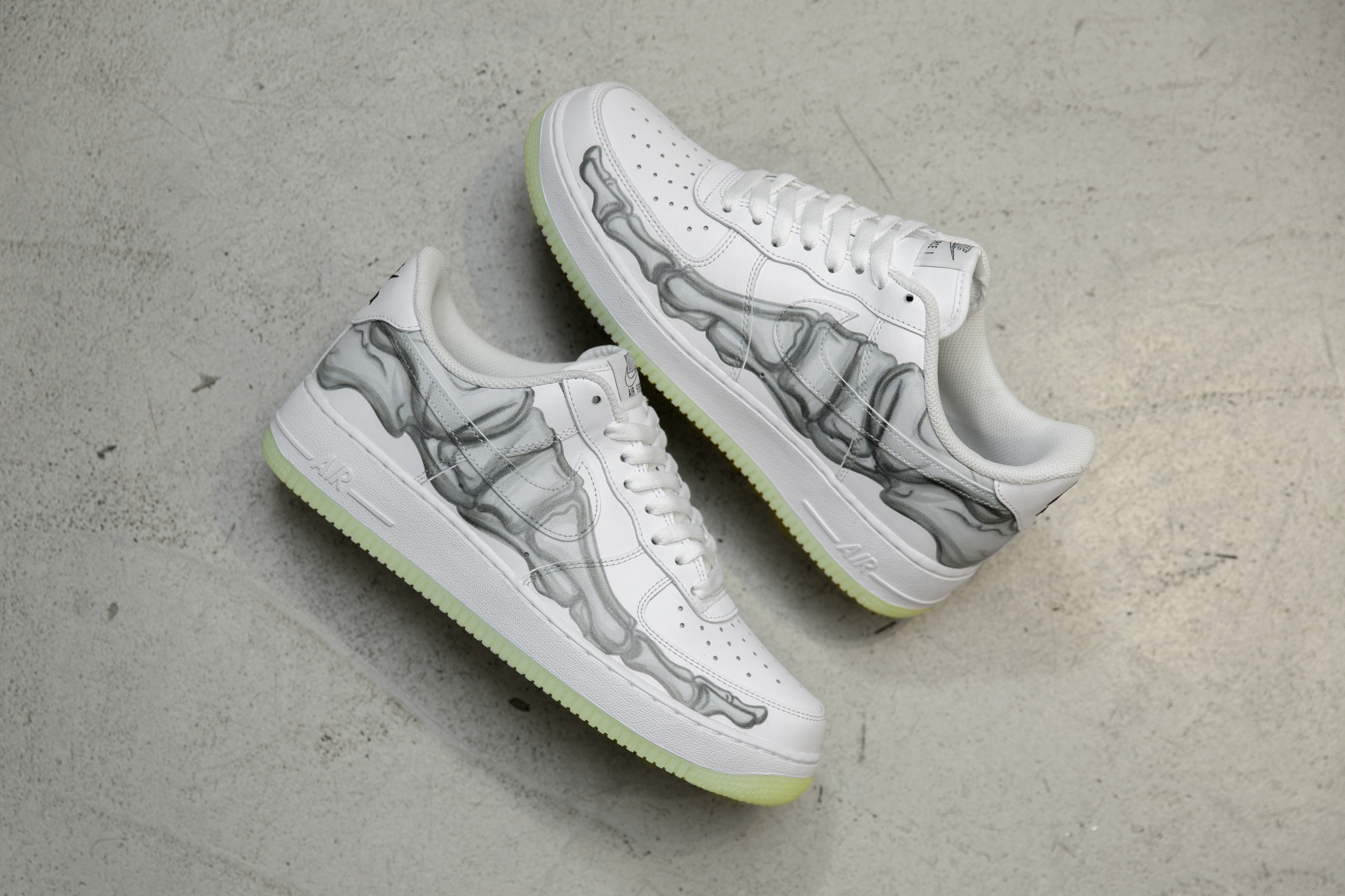