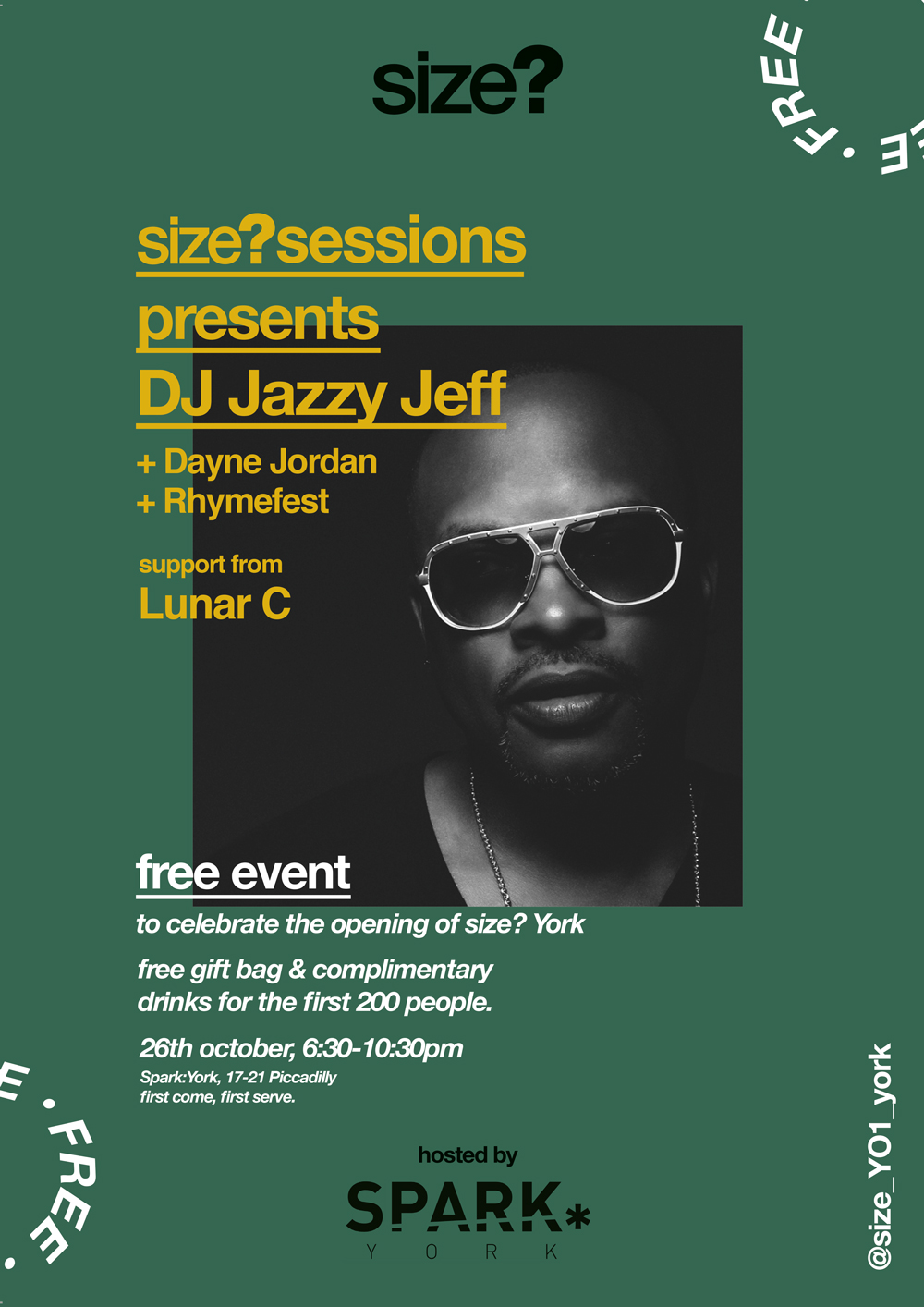 To welcome in the opening of our latest store, the next instalment of size? sessions will feature the legendary DJ Jazzy Jeff. Instantly recognisable within the Hip-Hop community, Grammy Award winning Jeff started his DJ career during his school days, DJ’ing summer block parties and school dances – playing music ‘everyone in the neighbourhood loved!’. A West Philadelphia local, DJ Jazzy Jeff's first credited appearance was on The Korner Boyz’s “Bust the Move” track with fellow Philly natives, MC Parry P and Grand Tone. Jeff (alongside DJ Cash Money) is also credited with making the ‘transformer’ scratch famous. Jeff then went on to form one of the most iconic duos in rap history, hooking up with the Fresh Prince (Will Smith) to form 'DJ Jazzy Jeff and the Fresh Prince'. The pair would go on to record 5 studio albums that spanned from 1987 to 1993. The duo also received the first rap category Grammy nomination (ever!) in 1989 for their “Parents Ain’t Nothing but Trouble” track. Jeff and the Prince would eventually win a Grammy at the 1992 awards for their hip-hop anthem ‘Summertime’. The pair would go on to transcend the genre, when Jazzy Jeff and the Fresh Prince brought hip-hop to the front room with the sitcom ‘The Fresh Prince of Bel-Air’, which ran throughout the 90s. Jazzy Jeff split with the Prince in 1994, pursuing a solo career that would see him work with iconic artists such as Method Man, Big Daddy Kane and CL Smooth. Jeff has also produced three studio albums of his own, with each of his records demonstrating his pioneering and versatile style of production. The critically acclaimed ‘Magnificent’ album would go on to be placed in at number 25 on the ‘”100 best Philly Albums of All Time” list. Now 53, DJ Jazzy Jeff is one of the most decorated DJ’s of all time, producing contemporary records and touring make him just as relevant in the modern day. Jeff will be descending upon venue Spark in York alongside Rhymefest and Dayne Jordan, with support from Lunar C, on Friday 26th October. Keep an eye on our Instagram over the next week for more info on the event!