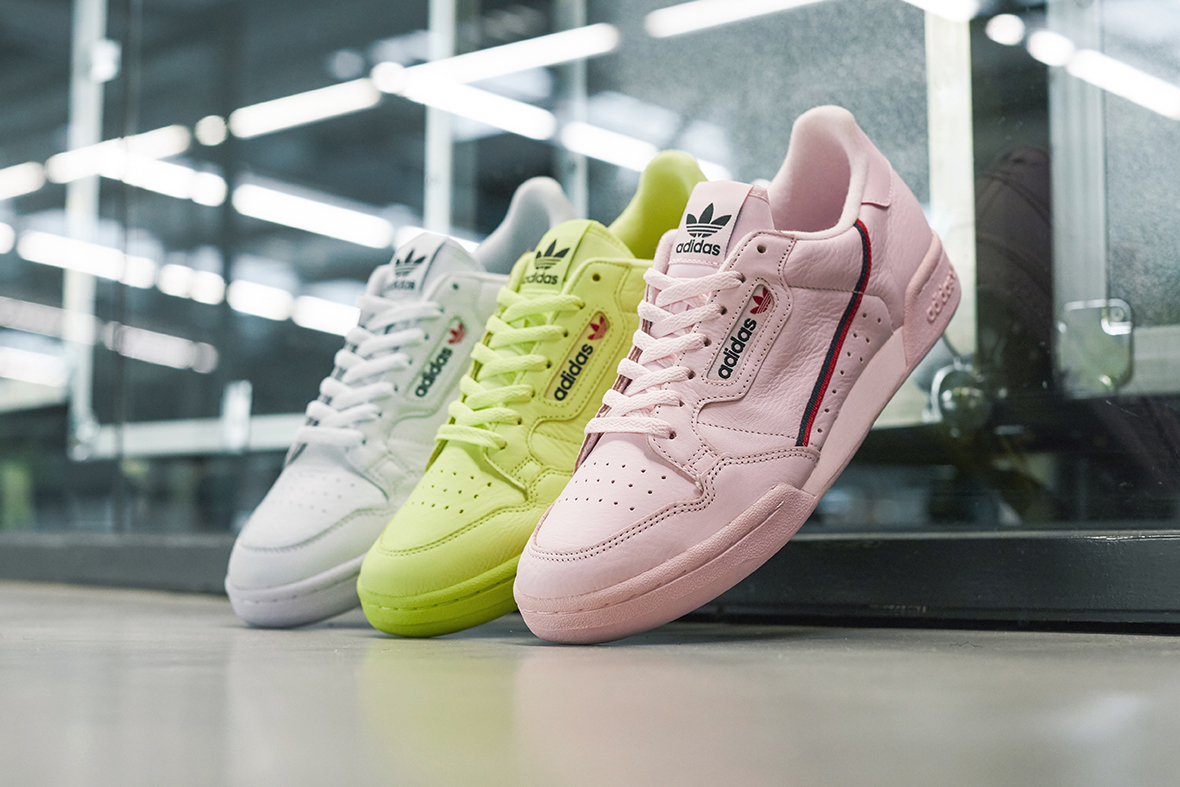 After its reissue in June as part of the ongoing ‘Yung’ series, adidas Originals return with the Continental 80 in two colourful renditions of the archive silhouette.

Giving off more of an aerobic vibe than simpler tennis styles such as the Stan Smith, the Continental is a technological one-up from icons of the 80’s. Adding a foam portion to the instep allowed for extra manoeuvrability on the court and that little added bit of cushioning needed when impacting on the court. Visibly it sits alongside the Powerphase, another shoe which has seen a surge in attention due to it’s transformation into a premium leisure shoe designed to sit amongst the Yeezy Calabasas line, and there’s no doubt the Continental will also be getting all the attention it deserves after years out of the line.

Returning in two monotone colourways, the first references the semi-frozen yellow colour palette that featured on the much sought after Yeezy Boost 350 v2, and the second is a more relaxed ‘Clear Pink’ colour-up. Both are finished with navy and red two tone pinstripe that runs along the sidewall.

Both colourways of the adidas Originals Continental 80 will be available via the size? previews app and in selected size? stores on Thursday 13th September, priced at £75. 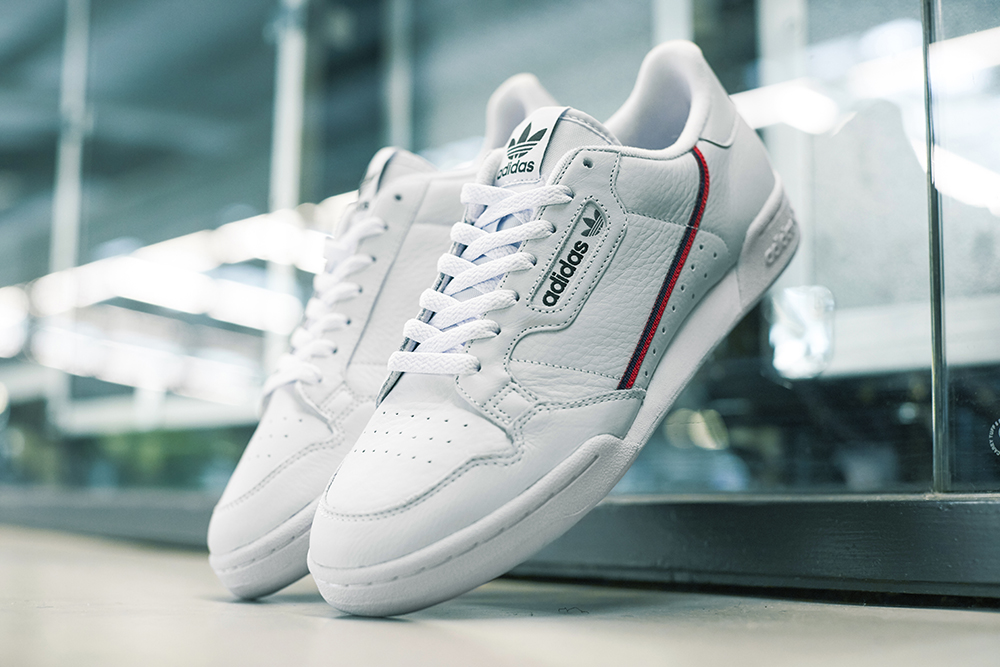 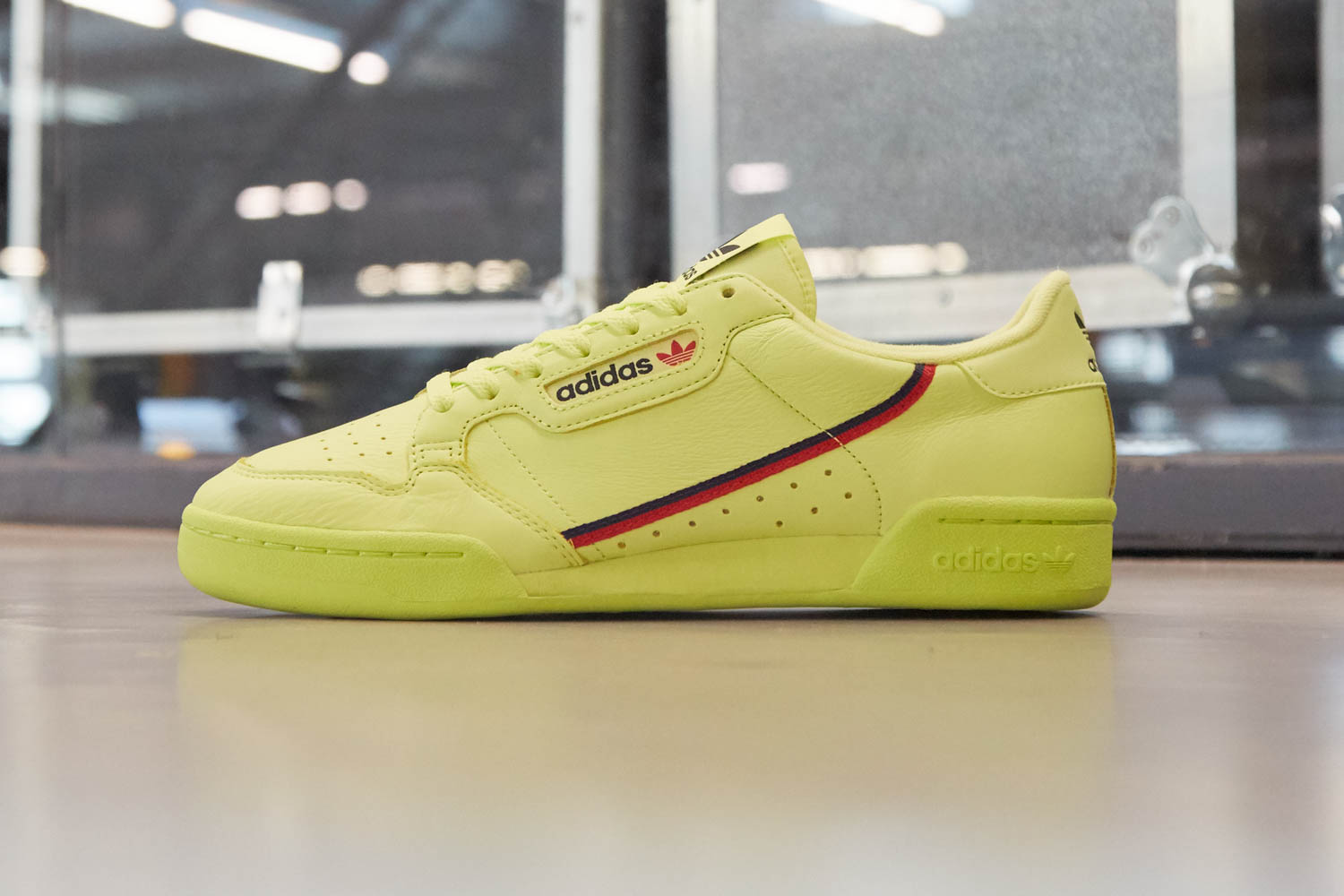 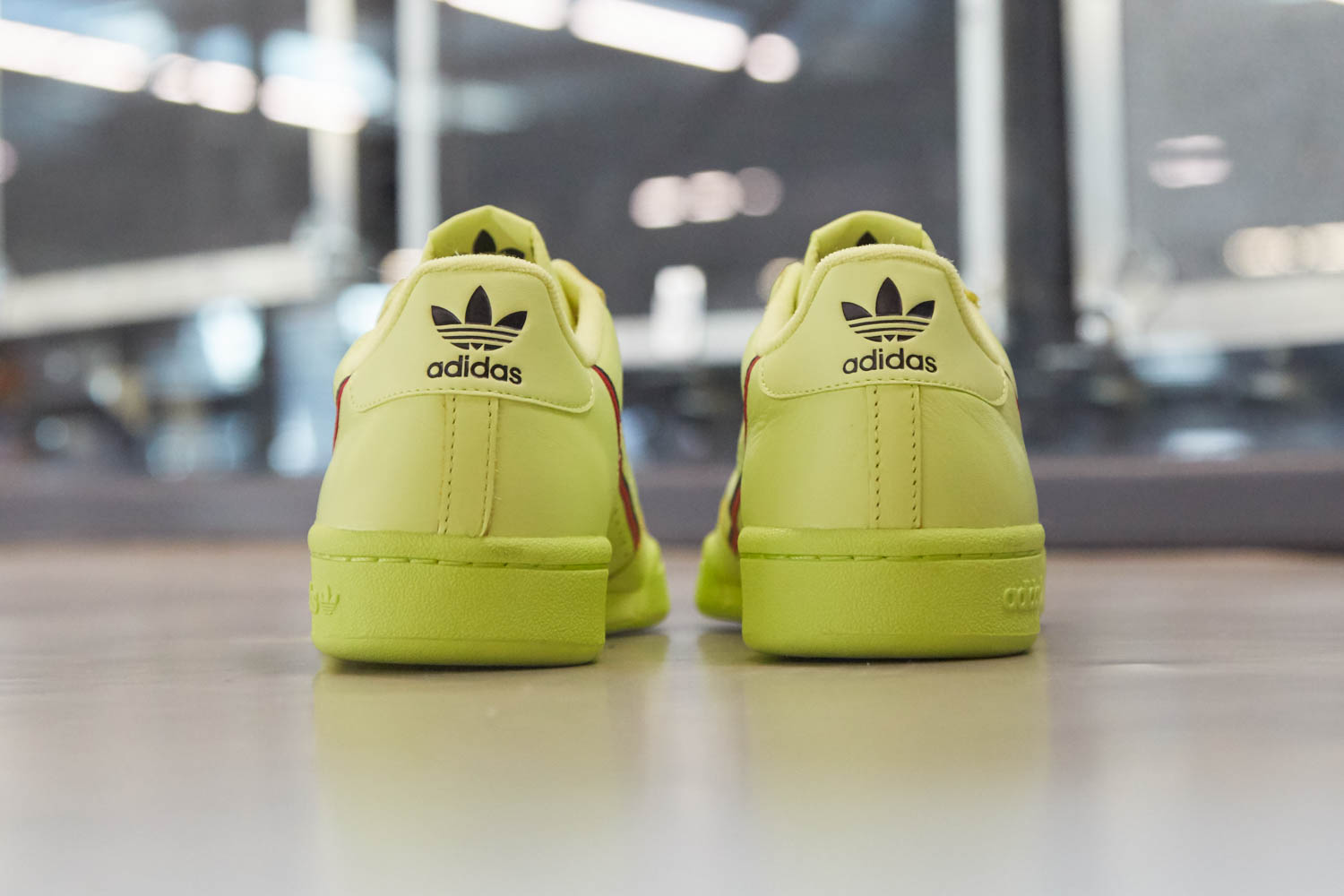 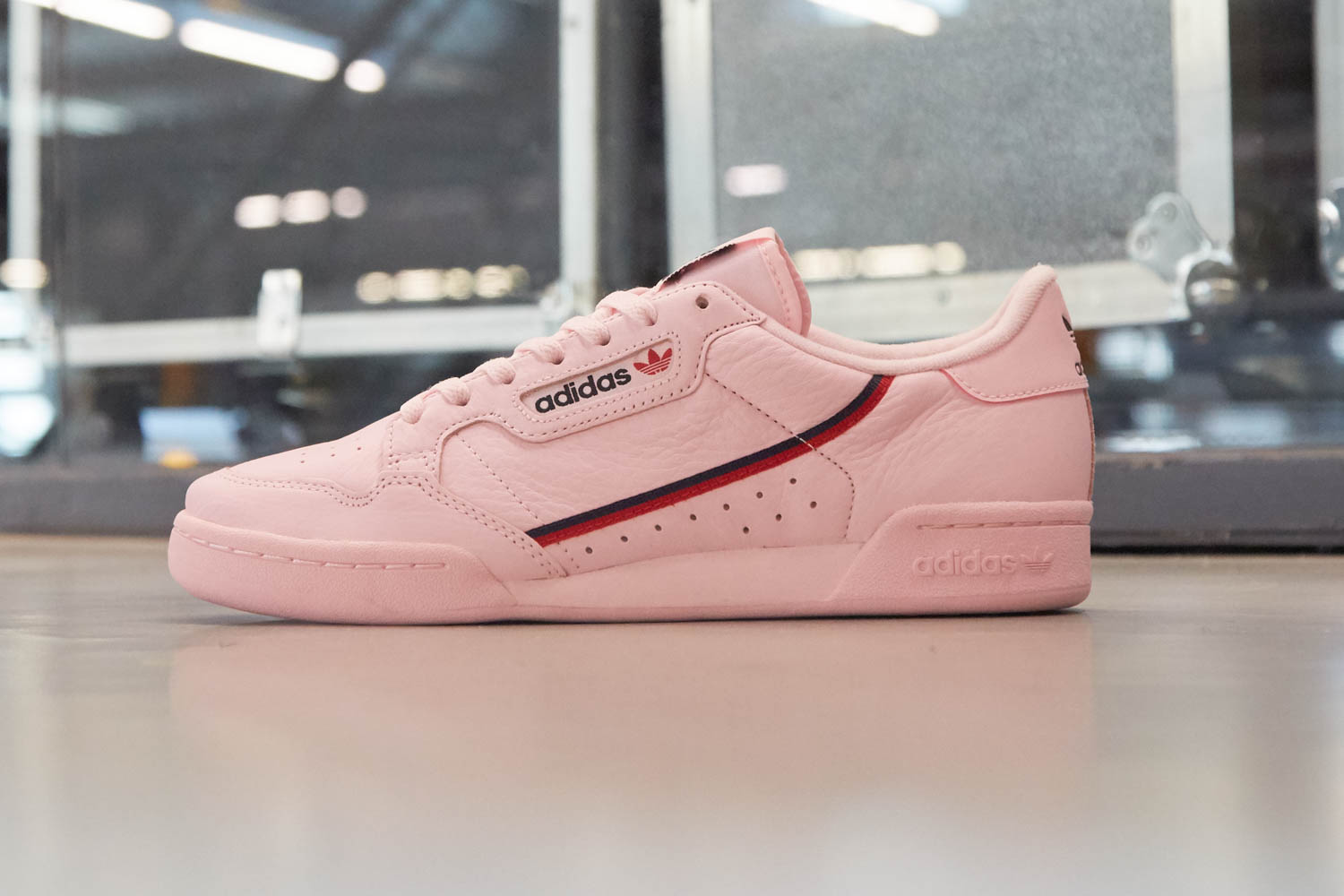 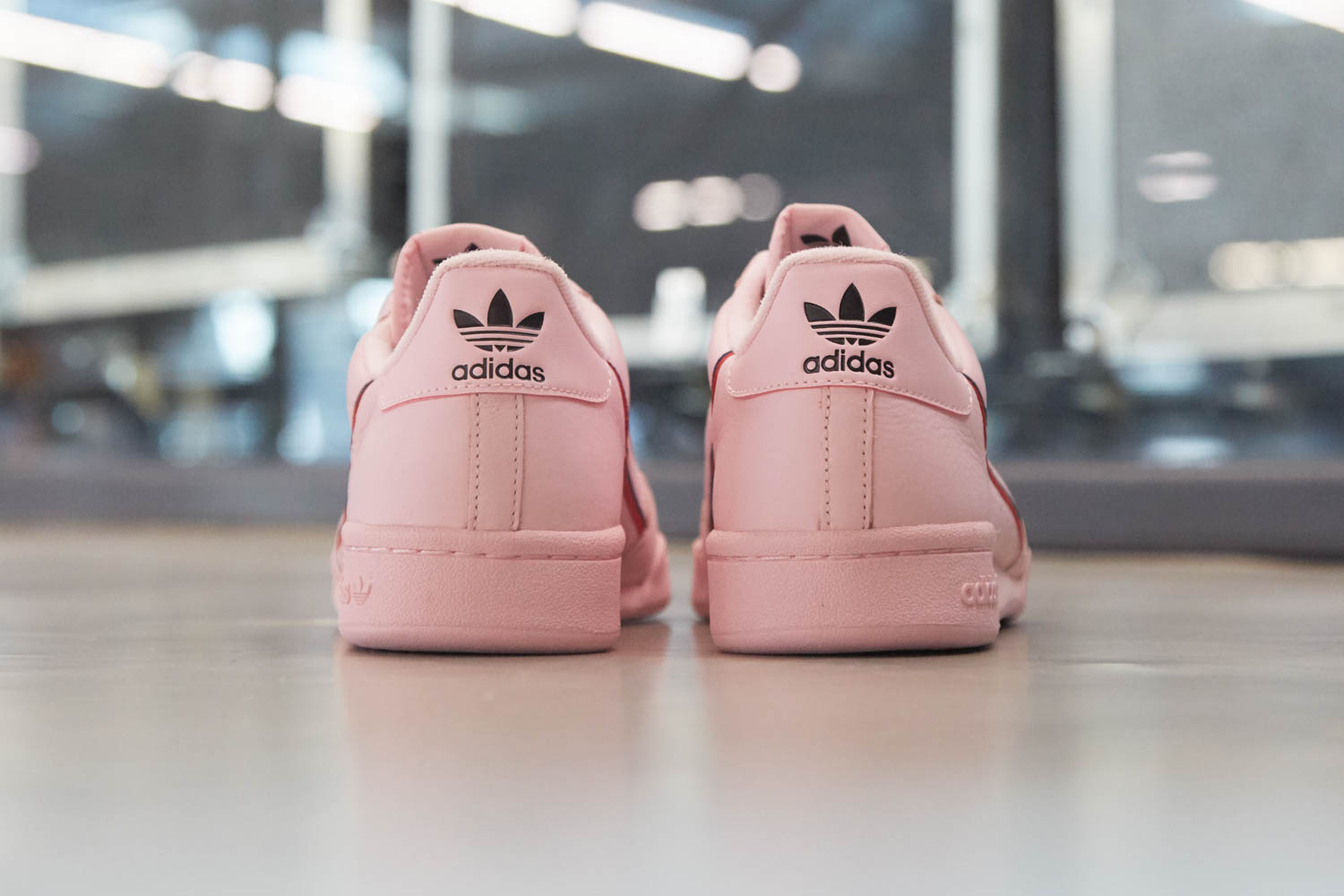