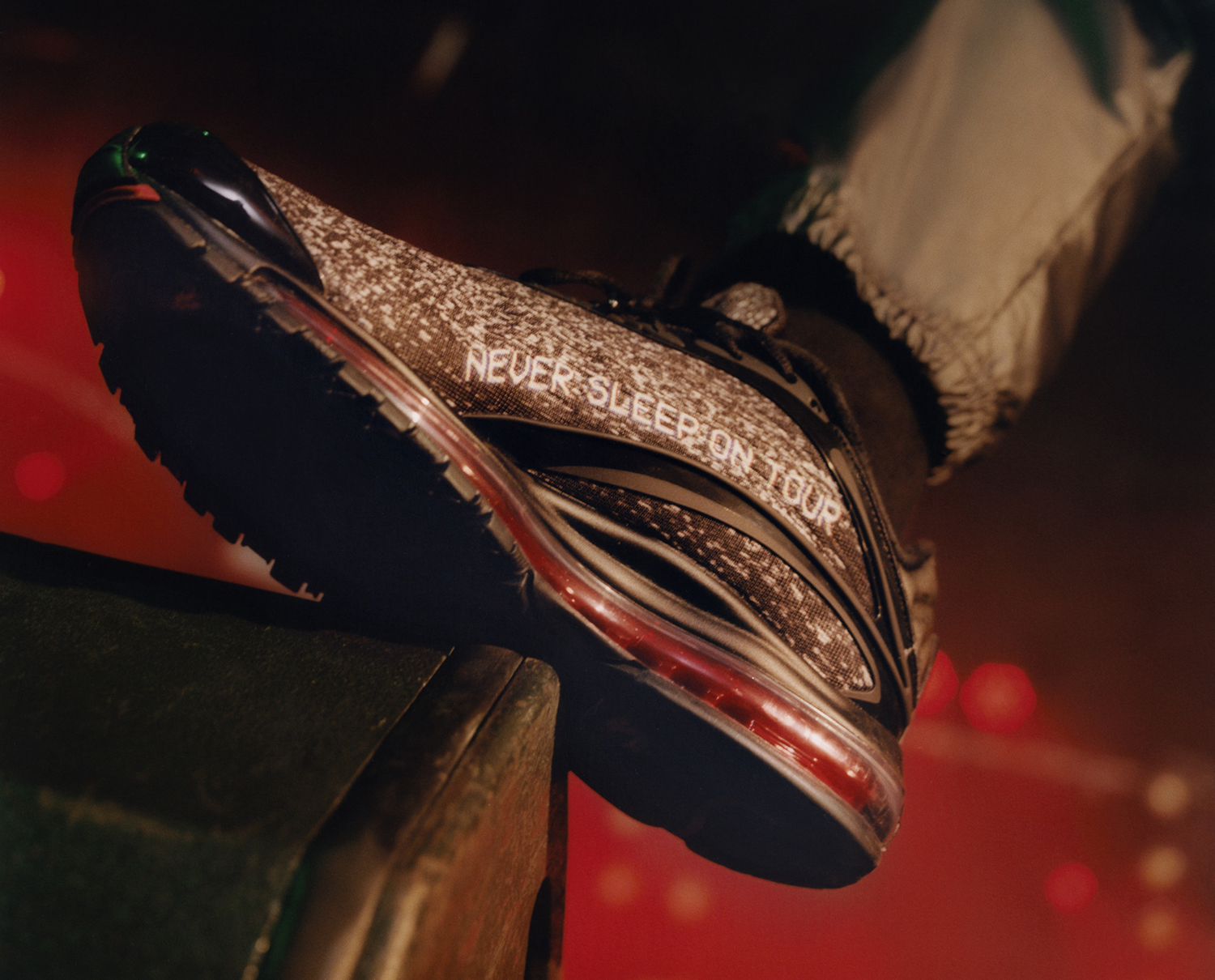 After plenty of speculation online as to what his follow up to his first two collaborative releases with Nike would look like, Skepta returns to his roots in Air Max for yet another project. This time sights have been turned to the recently retro’d Air Max Deluxe, one of the franchise’s more overlooked silhouettes.

The Deluxe’s predecessors (the Air Max 97 & Air Max 98) both featured radical panelled uppers that drew inspiration from global sources, and this update was no different. After the successful adoption by the music crowd the first time around, club culture was cited as a further influence in the approach to the Deluxe’s graphic upper, nodding to the reflective clothing and mental prints worn by clubbers across Europe. In addition, the sweeping lines that run along the upper are almost ‘Gigeresque’ in appearance, distorting and wrapping around the heel counter.

Skepta’s latest effort makes use of the digitally printed nylon upper, covering the entirety in TV static and date-stamping the outside with June 08 2014, the date of release of his seminal track ‘That’s Not Me’ that helped propel him to his current stature within music, both within the UK and globally. Colour is fairly stripped back throughout aside from a deep red found inside the full length Air Unit, and the signature iridescent heel panel.

The Nike x Skepta Air Max Deluxe ‘Never Sleep on Tour’ will be available via the size? previews App and in selected size? stores on Saturday 8th September, priced at £170. 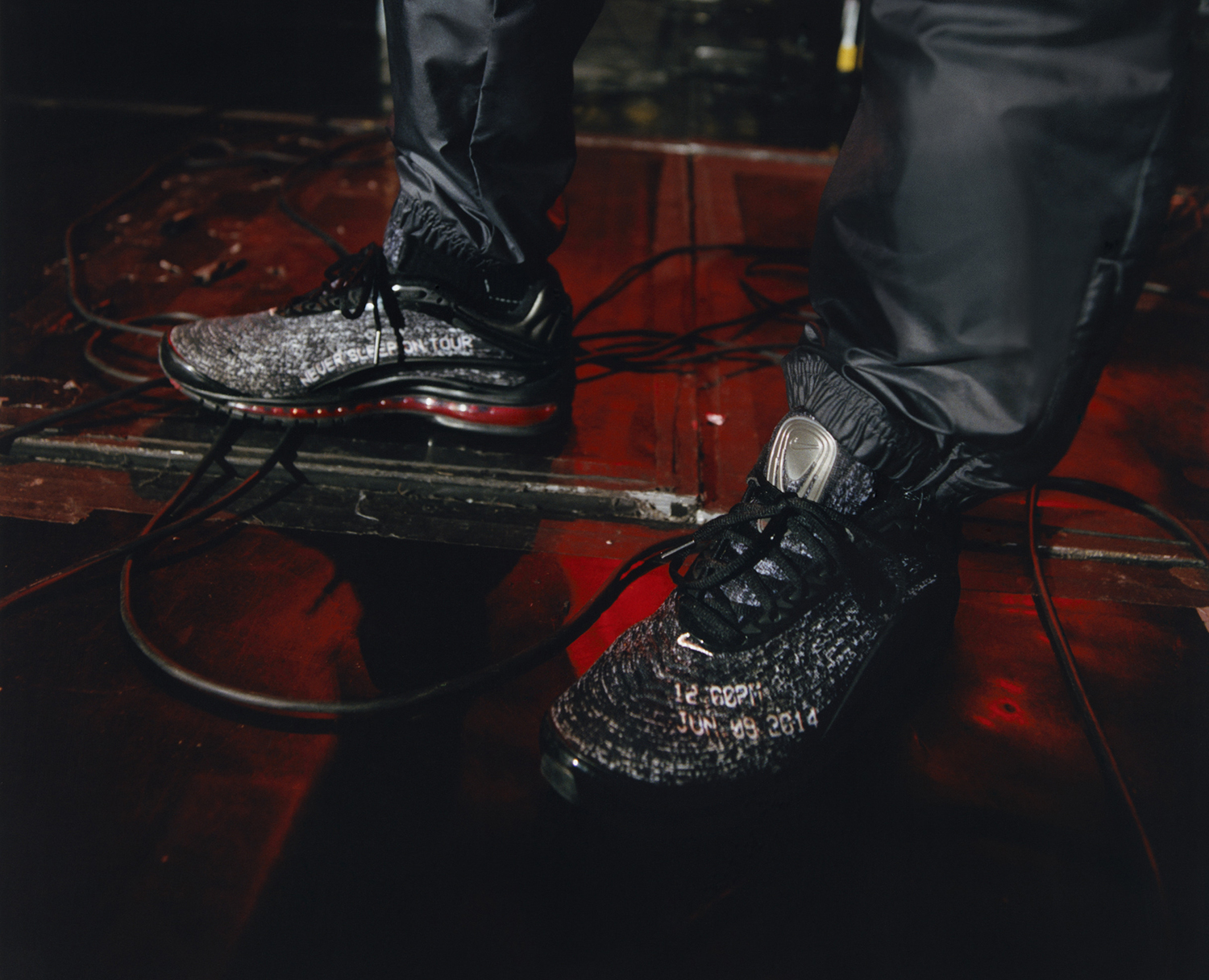 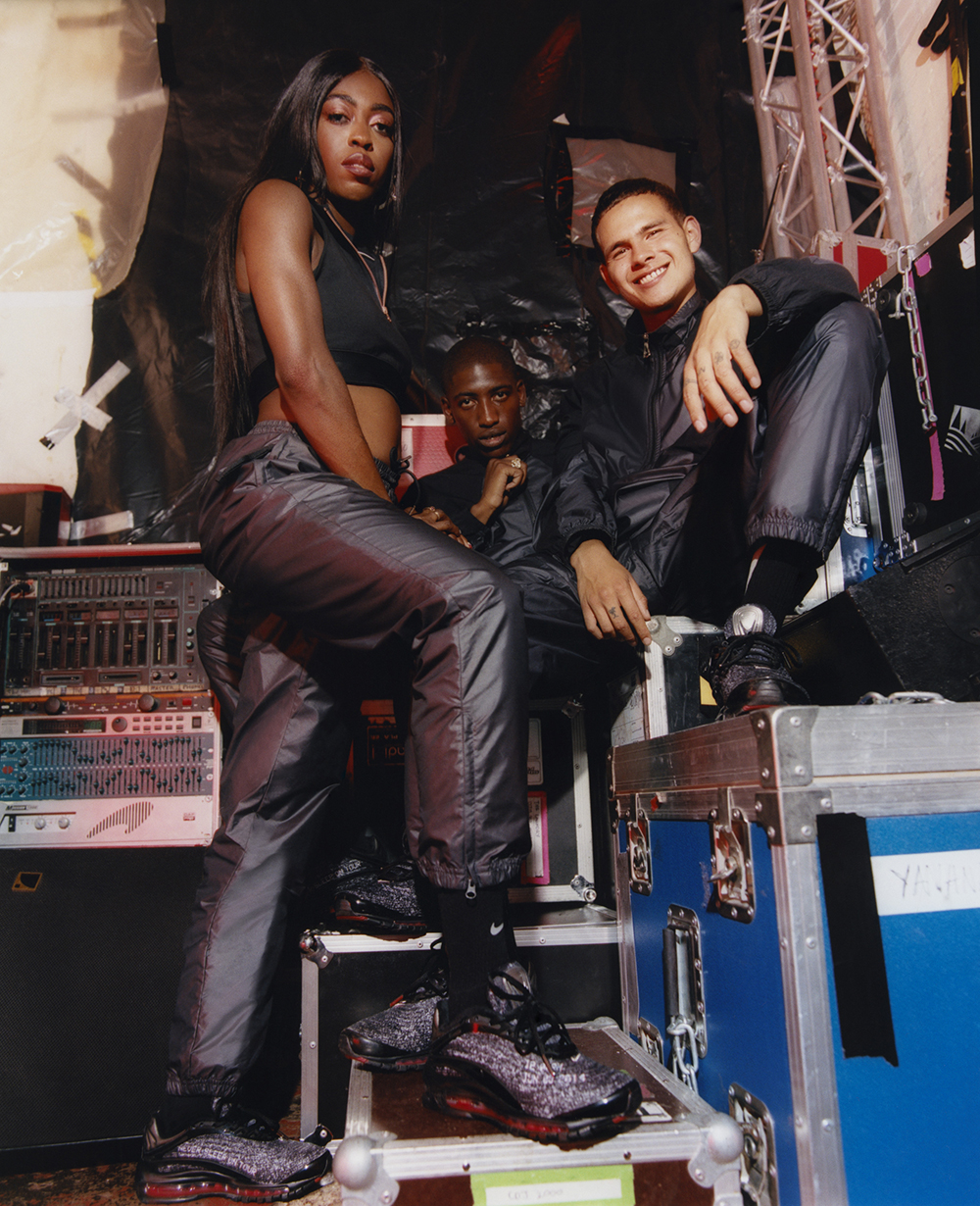 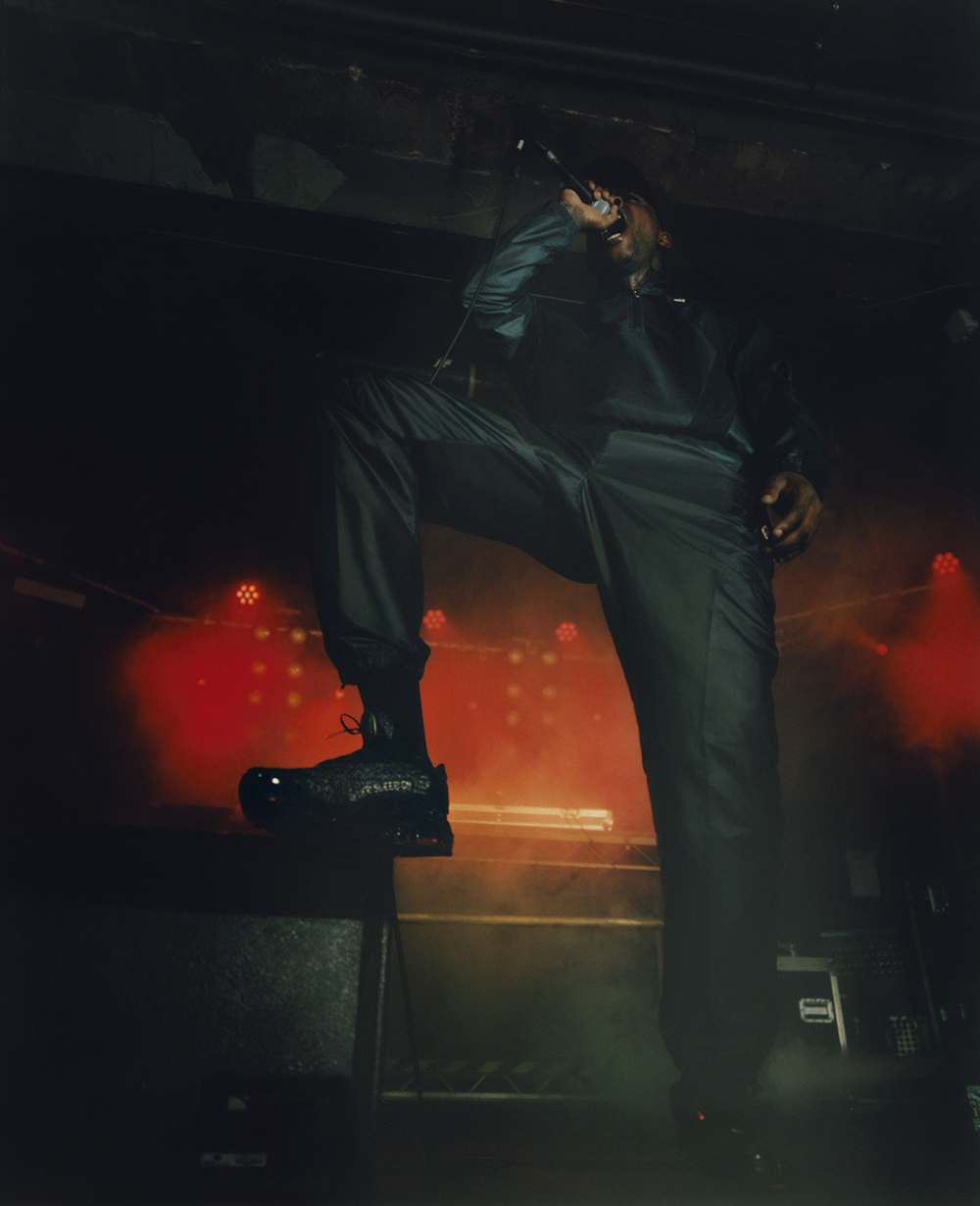