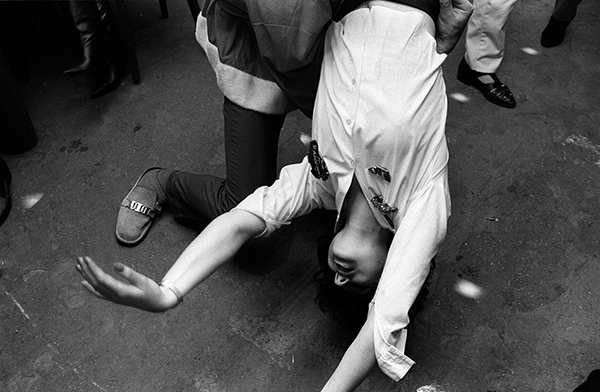 At the very dawn of the eighties a dive bar in Covent Garden sparked a style revolution. Photographer Homer Sykes captured the birth of the New Romantics.

Sometime in the mid-seventies, when punk’s initial energies had yet to be packaged up and sold back to the masses as a commodity, a young Welsh ducker-and-diver called Steve Strange arrived in London. Steve quickly made a name for himself arranging gigs for punk bands.  Teaming up with friend and drummer Rusty Egan (they would later form New Romantic electro pop act Visage) - they set themselves up as club promoters organising ‘Bowie Nights’ on Tuesday evenings in a seedy basement nightclub below a Soho brothel. By 1979 they had outgrown that venue and relocated from Soho, to a down-at-heel wine bar in Great Queen Street, Covent Garden. The place was decked out in posters from WW2 and a photograph of Prime Minister Winston Churchill. This was not the Covent Garden of today, the place of identikit designer houses and the paraphernalia of international tourism, but rather a rundown fruit and veg market place awaiting redevelopment. 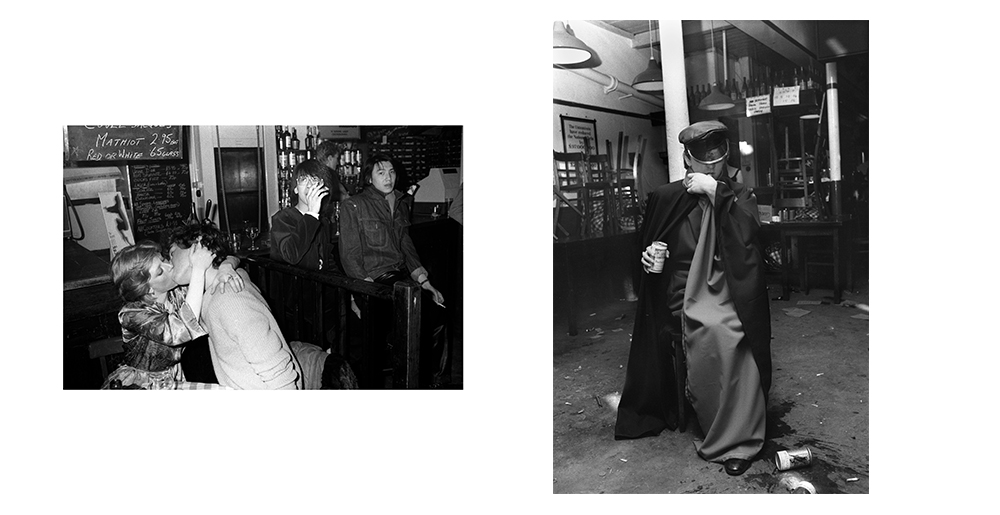 Every Tuesday night at The Blitz, as the club had now been named, Rusty was on the decks and Steve enforced a strict door policy. Only ‘the weird and wonderful’ were allowed through the doors. When I went to photograph the kids there it was obvious that something new was arising. Out of the ashes of punk - a new louche, florid way of dressing was being heralded here. The music was electronically generated, unashamedly danceable and often lyrical. The clothes were as lavish and colourful as the music and the attitudes irreverent, self-consciously intellectual in an unsophisticated, art-school kind of way. This was a classic backlash against the puritanical stripped back anger that had motored punk. The Blitz Club was beginning to make headlines. The red top tabloid press were predictably outraged by the art student and clubbers ‘gender-bending’, cross-dressing, and — shock horror — men and women were putting on makeup emphatically! The boys from Fleet Street quickly labelled the club’s punters the Blitz Kids. 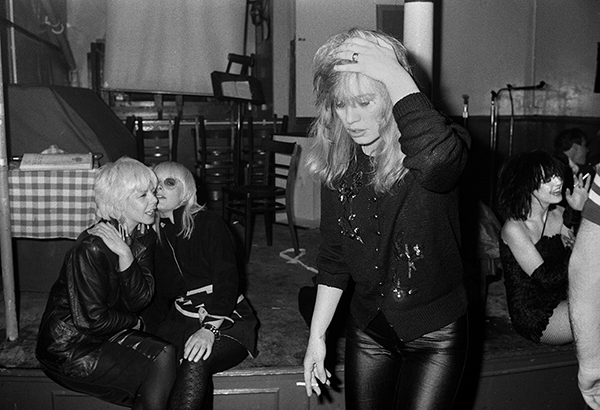 Crucially,  the new venue was situated between two of London’s most important art schools;  St Martins and the Central School. It was frequented by many fashion students who had become fed up with the rinsed out, commodified codes of punk . They wanted to express themselves differently and in a much more androgynous way. The Blitz Club was a test bed for their fashion ideas. This new look later became known as the New Romantic movement. The Blitz Kids fused the irreverence of punk with a more positive, romantic view of the world and threaded the dancefloor together with new tech-driven music, tilling the soil for the House music revolution that would hit London six or seven years later. 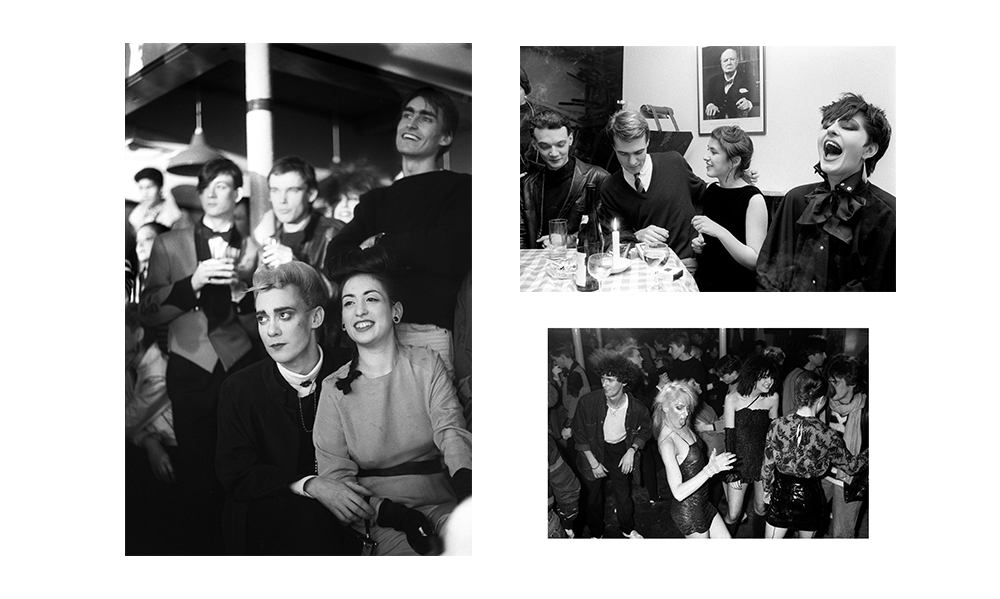 Numerous now familiar personalities in the fashion and music world first gathered together at the Blitz. George O’Dowd (Boy George) worked there as the cloakroom attendant. His fellow gender bending popstar Marilyn would hang there too, as well as people like Sigue Sigue Sputnik’s schlockmeister Martin Degville. House music pioneer Jeremy Healy, stylist and fashion muse Kim Bowen were just some of the regulars who went on to create the style that briefly defined the era. Martin Kemp of New Romantic poster boy band Spandau Ballet said, “The real magic of the Blitz was the electro disco that no-one had heard being played anywhere else”. By 1981 the the Blitz Club was closed. But for a few brief moments it had become the centre of the style universe.