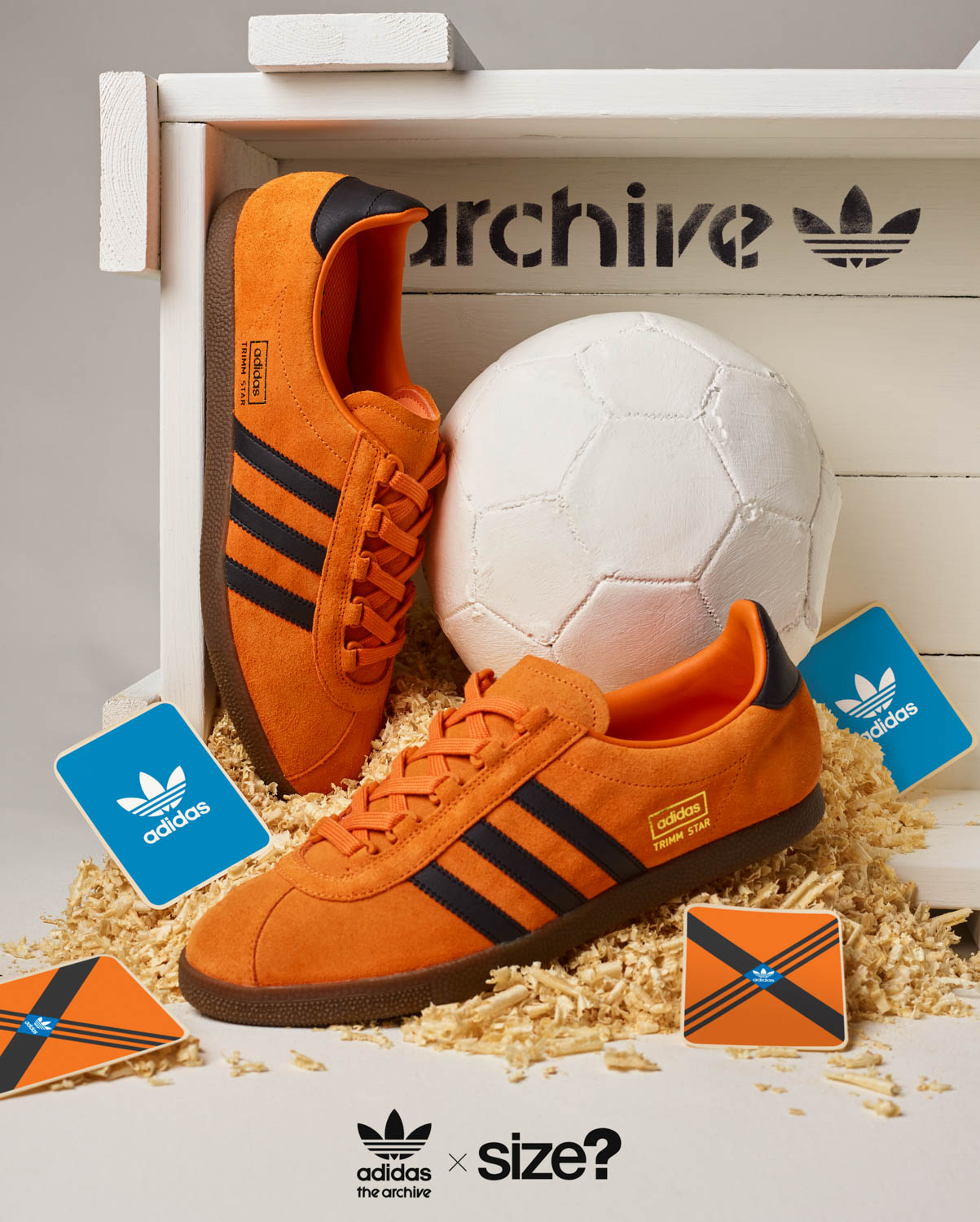 After spending several years out of the limelight since the last time we brought the adidas Originals Trimm Star back, we’re pleased to announce it’s return this year as part of our size? Exclusive Archive Collection. Originally released in 1971 and designed as a lightweight training shoe, the Trimm Star follows in the footsteps of a strong lineage of sportswear legends. The slim, low-profile look has been ever present on some of the greatest release from adidas Originals over the decades, each with performance always in mind. The shoe itself takes its name from a German sports initiative introduced by the government in the early 70’s to try and get people out of the house and getting healthy after the economic boom. Branding is minimal across the whole shoe, with the signature gold foil emblazoned on the sidewall calling out the shoes namesake, and embossed lettering moulded within the gum midsole unit. The lacing system on the Trimm Star was also a bit more developed than some of the older silhouettes it’s related to. Ghilly loops replaced the standard eyelets, allowing for a more controlled fit that held your foot in place during physical activity. The size? Exclusive adidas Originals Archive Trimm Star 'Pumpkin' will be available via the size? previews app and in all size? stores on Friday 10th August, priced at £85. 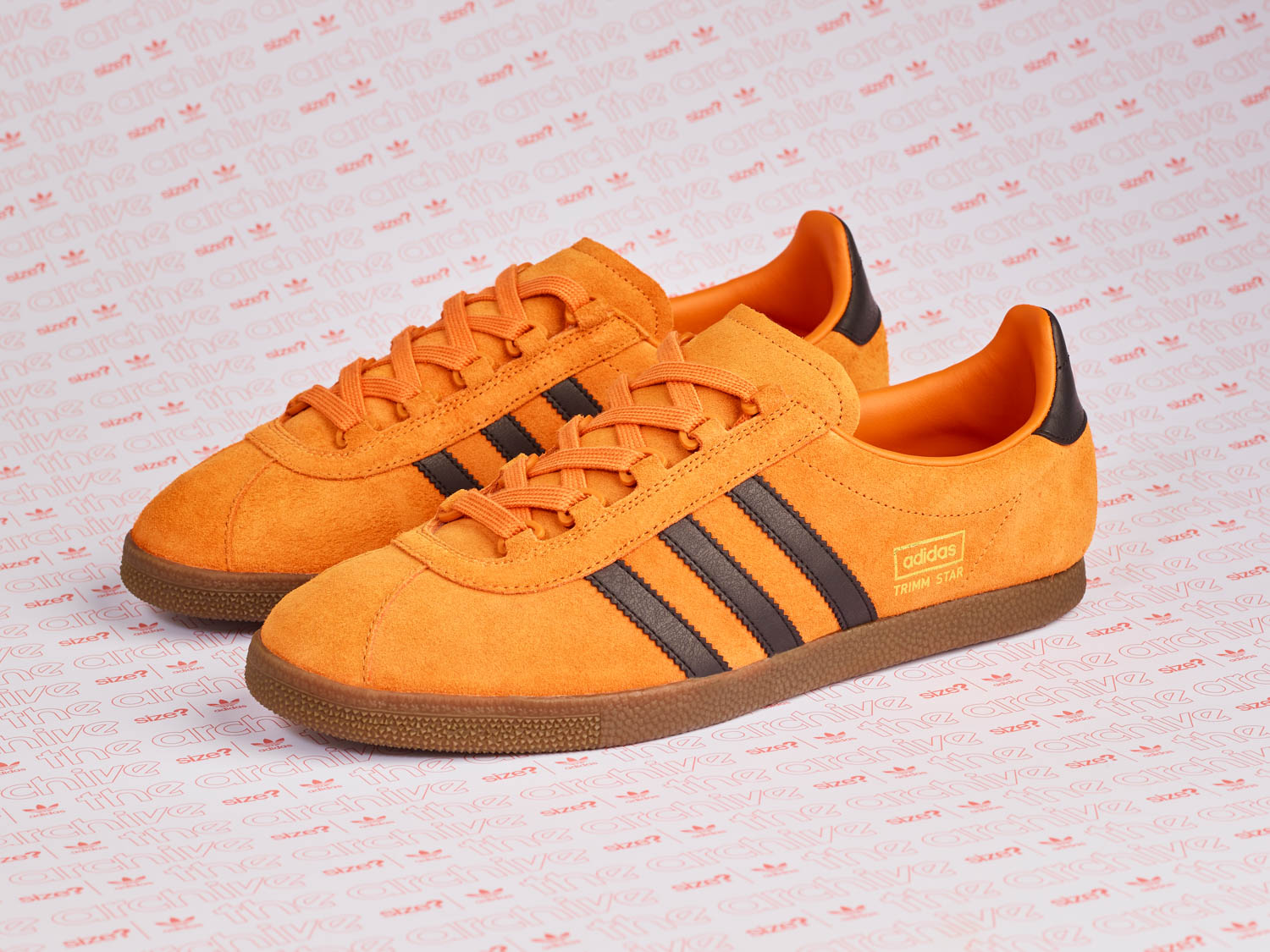 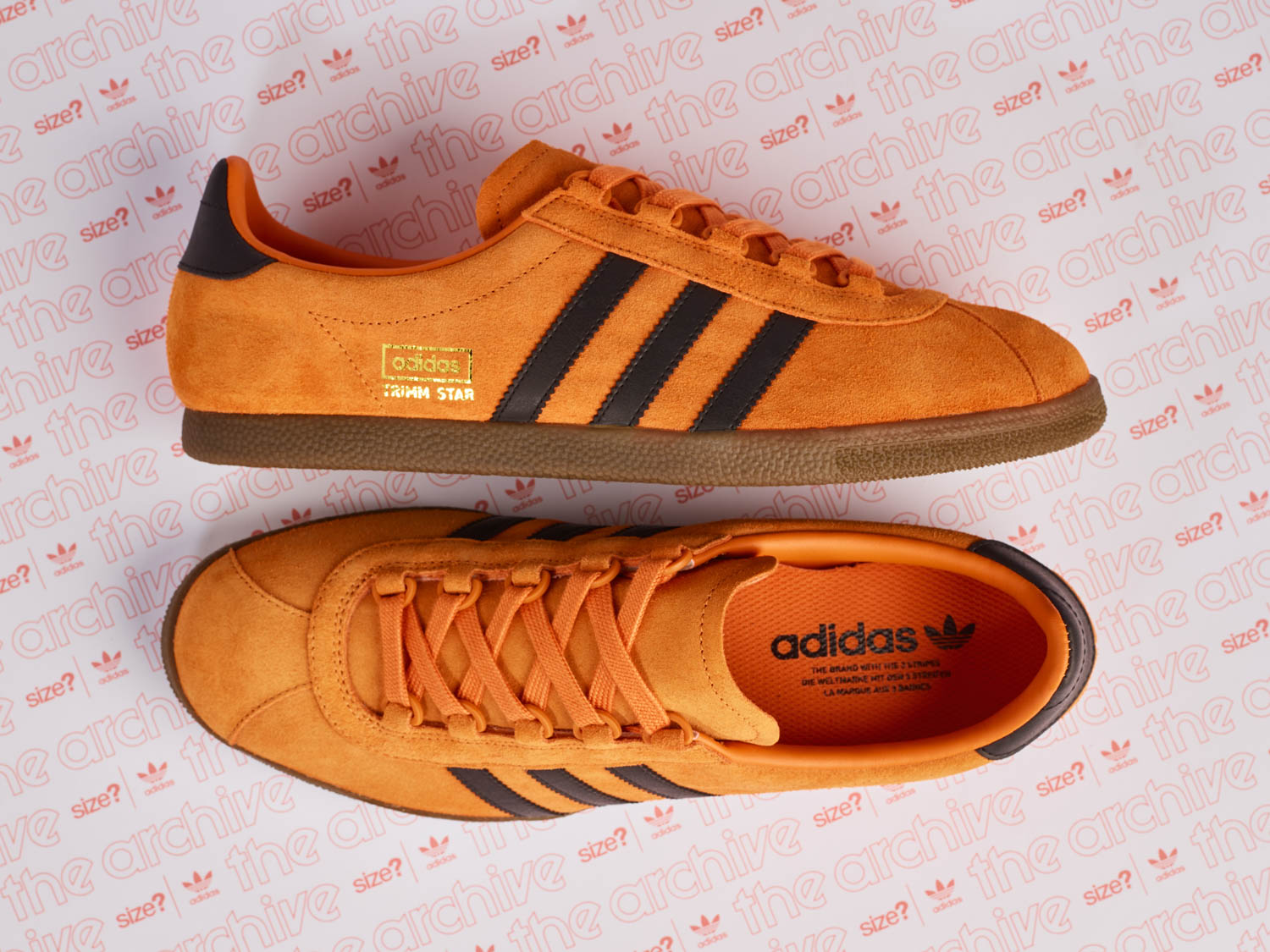 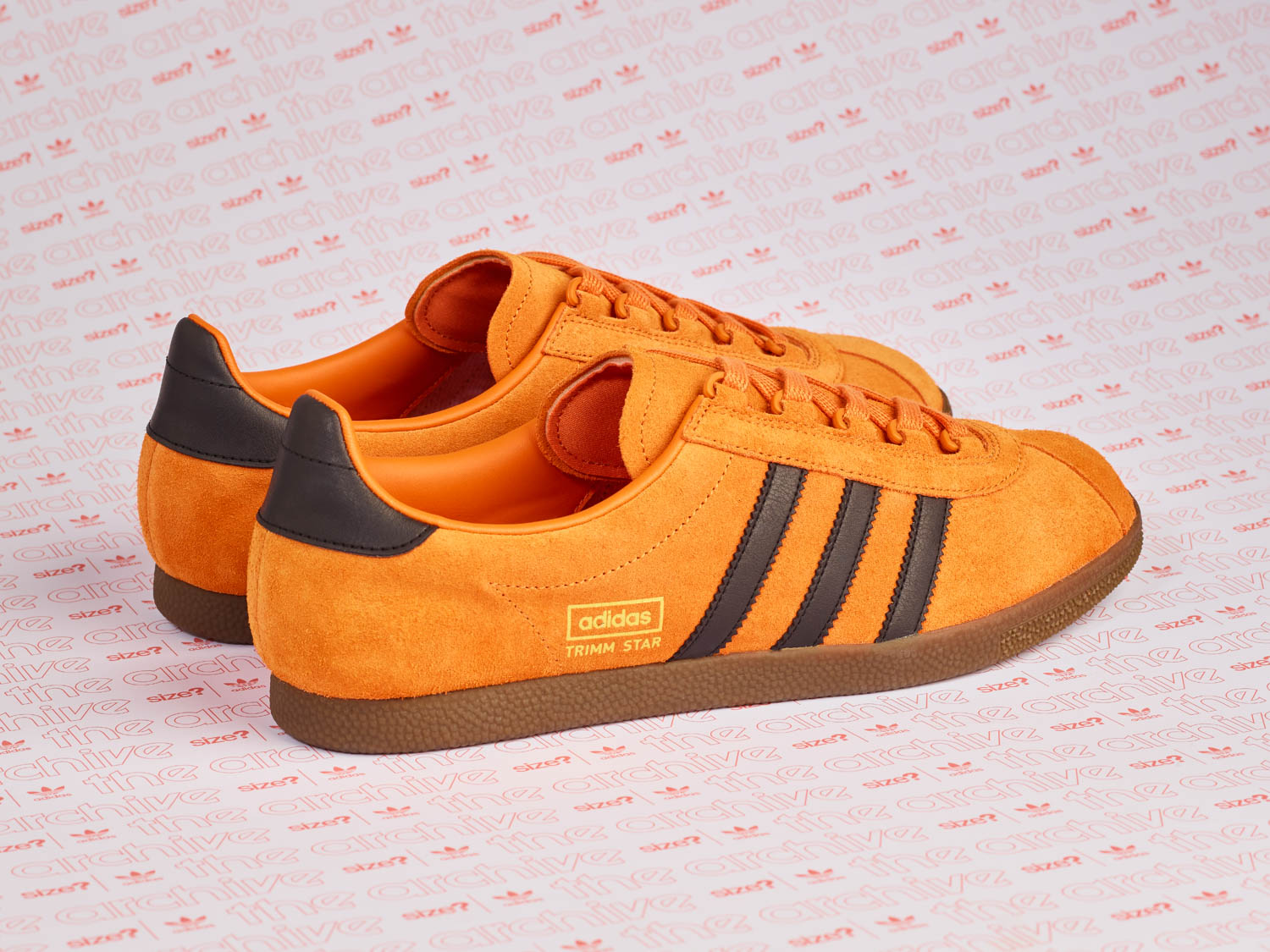 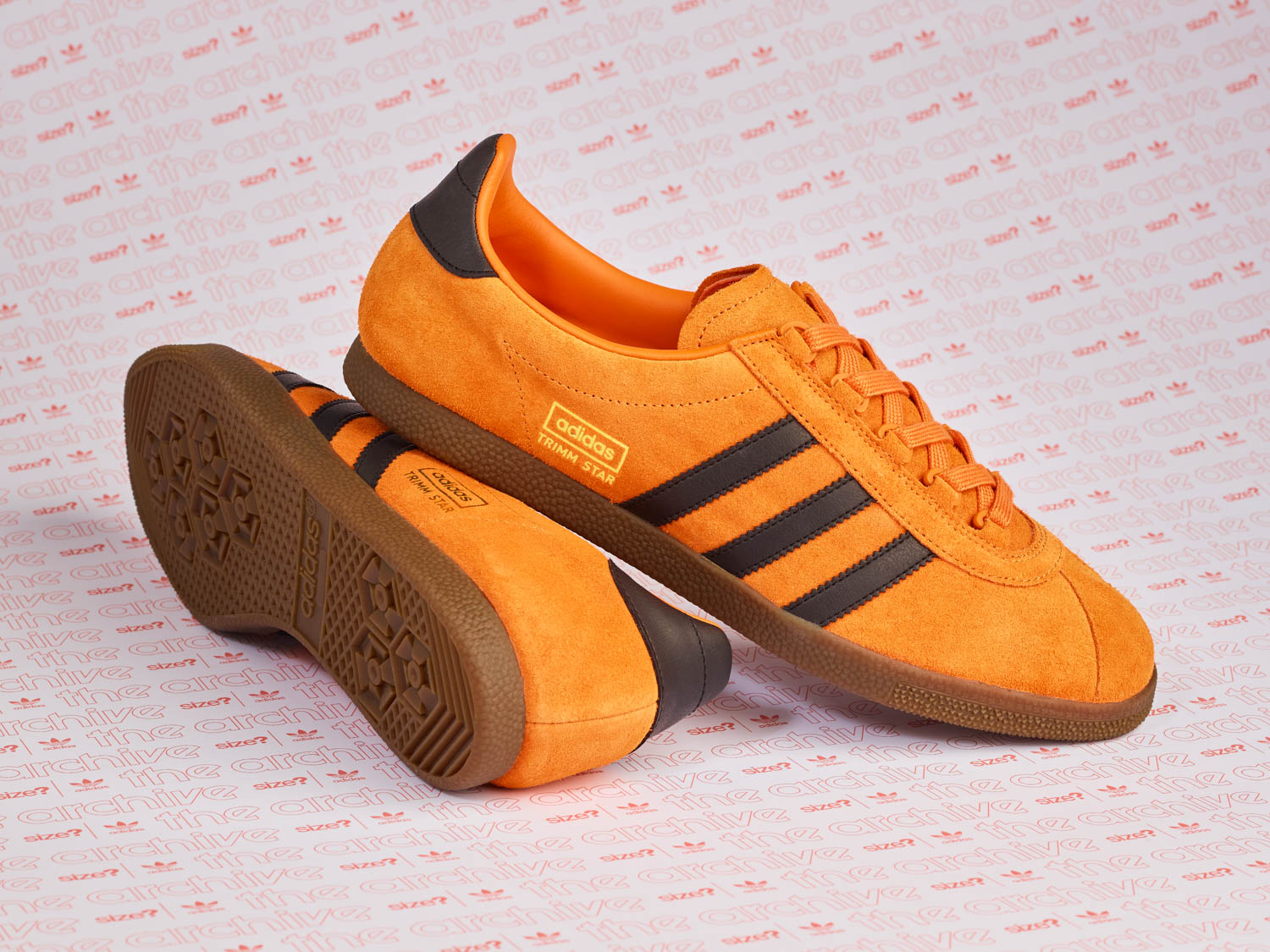