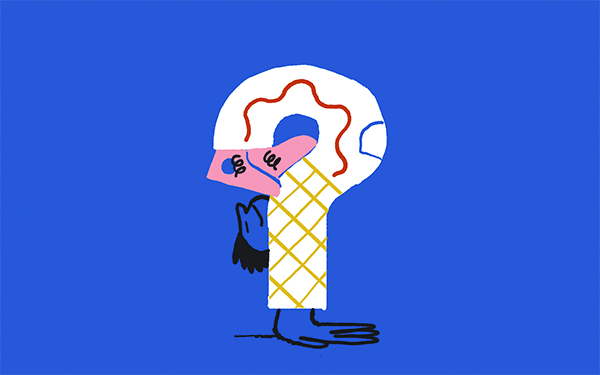 Alec Doherty is an illustrator based in London. Represented by Grand Matter agency, Alec is the label artist for South London’s Partizan Brewery. Describing himself as having no defined style, Alec works across a range of media to create loose, colourful shaped characters within his illustrations. Alec’s work has appeared across a variety of outlets, with notable clients that include The Guardian, The New York Times, Nokia and the Red Bull Music Academy. Doherty is also an award-winning artist, and was presented with a YCN Professional Award in 2014. Alongside this, Alec, has also had his works exhibited at numerous London galleries. Although Alec has stated in passing that he has an ‘un-defined’ style, his work is often fun, smart and casual, utilising shapes and colours to create unique pieces, immediately recognisable to his hand. Alec is also a member of TwoFriends Co, alongside collaborator, Morgan Spencer. TwoFriends produce film and art collaboration, and have created a number of independent films. Alec’s piece for size? series is typical of his smart, but casual style. His artwork is all about feeling good, listening to tunes and having a good time. We sat down with Alec to chat size? series: Could you tell us about your beginnings in art and illustration? My parent encouraged us all to make art and be creative as kids. Arts always been something which I've loved to do and be involved with. At college, I made friends with a group of people, we would hang out, draw and make screen-prints. That was when I formed a direction and started to break out into illustration. How would you describe your style of illustration? My work is uncomplicated, I like to simplify shapes and use big colours. I take a graphic approach when I'm making a piece, I like things to sit in a 2D space and to feel flat. I'm a little obsessed with drawing people and use them to help me express the mood in a piece of work. What inspires your work? Lots of everyday things inspire my work, I take colour and shape references from things I spot when I am walking around, some architecture, something someone’s wearing or an interaction between people for example. The building I work in is full of creative people and having them around is a constant source of inspiration and encouragement. It’s important for me to have lots of stimulus to stay creative so I'll try and read as much as possible and get to shows. Can you take us through your creative process when working on an illustration? I'm pretty conventional, I sketch ideas out with paper and pencil and flesh them out, and then work them up with colour. Recently I've been using a tablet for my roughs and then going back to pencil when I'm making the final artwork. Are there any artists that inspire you? Yeah absolutely, folks that spring to mind right now are Danny Fox and James Ulmer, they're making some really beautiful work. Could you tell us a bit about the artwork you’ve submitted for size? series? I made a looping animation using the iconic? with a diverse collection of people enjoying themselves and their new garments. 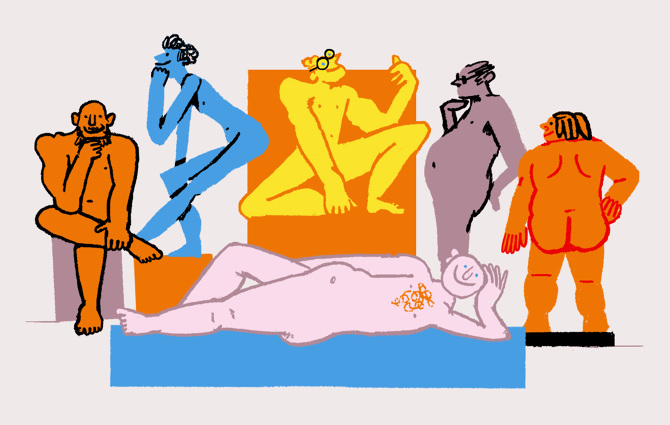 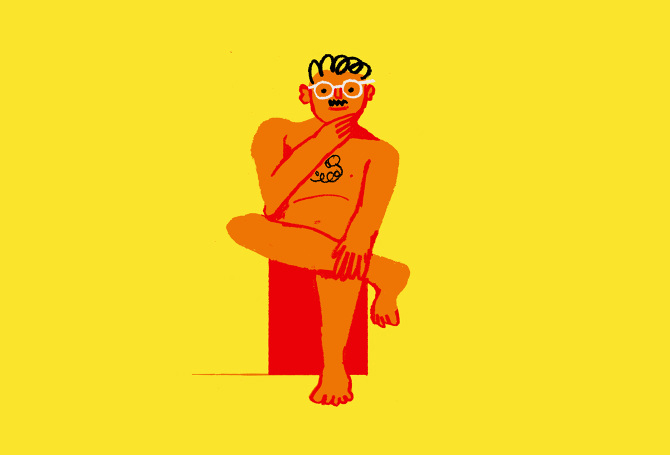 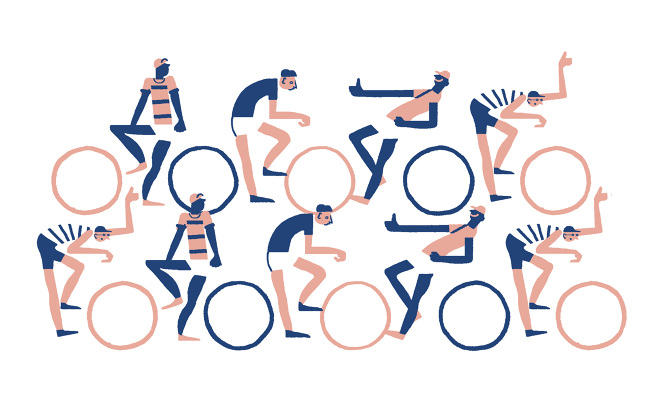