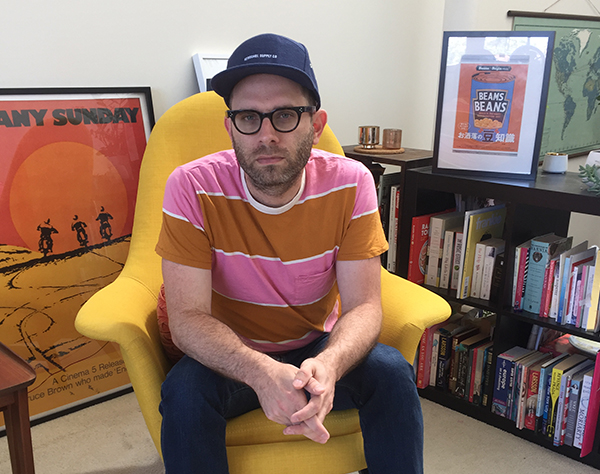 For an international take on our icon, we'd like to introduce Adam Nickel, an illustrator based out of Brisbane, Australia. Adam is heavily influenced by mid-century illustration, referencing 50s iconography within his works to give it a sense of authenticity. Adam works across several creative outlets, developing animations alongside his acclaimed graphic illustrations. A motorcycle enthusiast, Nickel is the proud owner of a 1955 Triumph Thunderbird. His love for motorbikes can be seen in many of his illustrations and is particularly prominent in his work for lifestyle brand Deus Ex Machina. Working and creating art for a broad and diverse client list, that includes The Guardian, Men's Health and The Wall Street Journal. For his interpretation of our icon, Adam created a philosophical piece, illustrating a skull that not only looks cool but also raises questions of life, death and everything in between. We sat down for a chat with Adam to discuss his interests, career highlights and his piece for size? series. Hi Adam, could you tell us a bit about yourself and your background? I'm 38, I like riding bicycles, creating art and eating ramen. I've been illustrating for about 15 years. Before that I worked as a graphic designer. How would you describe your style of illustration? My style of illustration is very mid century influenced. Lately, its headed in a more painterly, hand done direction, while hopefully still maintaining that mid century aesthetic. When did your interest in motorcycles begin? I've been interested in motorcycles since about 8th grade. I remember getting in trouble in class because I drawing futuristic motorcycles. I had just seen Akira and couldn't get enough of it. It wasn't until about 2004 that my interest turned towards vintage bike and 60s style choppers. Do you currently own a bike? If so, what model? I have a 1955 Triumph pre unit., customised a little to look like a 60s drag bike. You've referenced 1950s iconography in your works. What is it about this era that fascinates you? I'm not totally sure why I am drawn to things from that era, I think I appreciate the simplicity of it all. That simplicity makes it work well for editorial illustration. Three artists that have inspired your career? Katsuhiro Otomo, Al Parker (the illustrator not the porn star) and J.C. Leyendecker. Can you tell us about the piece you've presented for size? series? I thought it might be interesting to combine elements of something "dark" or "edgy" with something as commonplace as a question mark. Also I thought that having the question mark for eyes on the skull would give the impression of the character questioning what they're viewing. 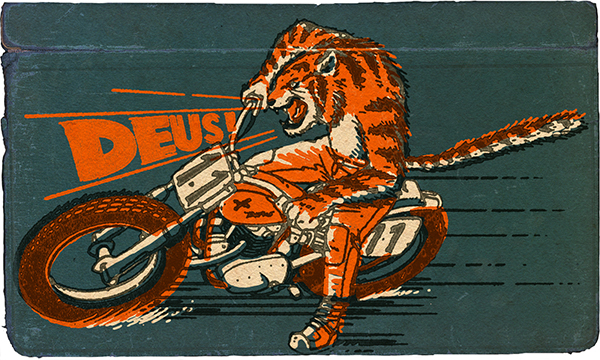 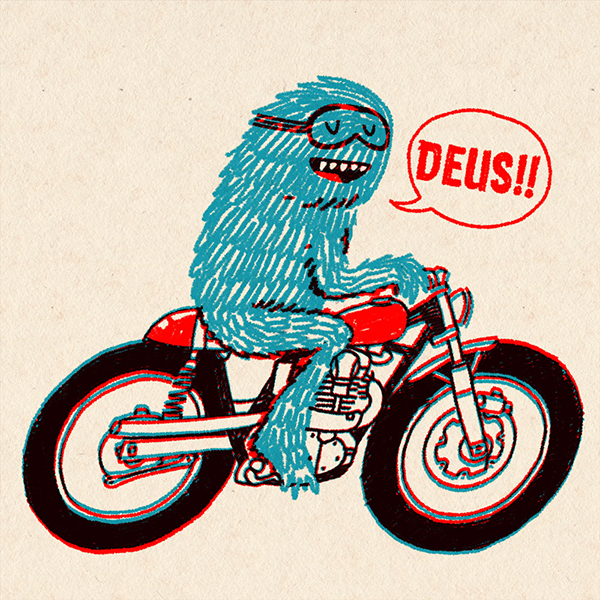 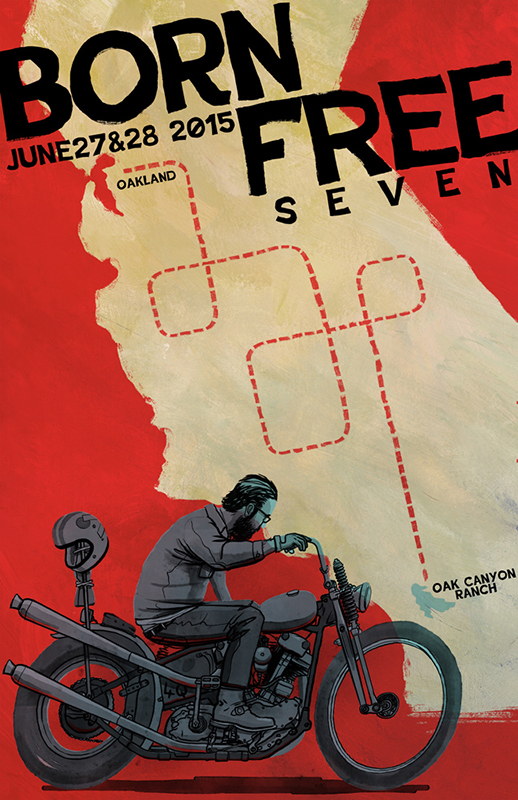 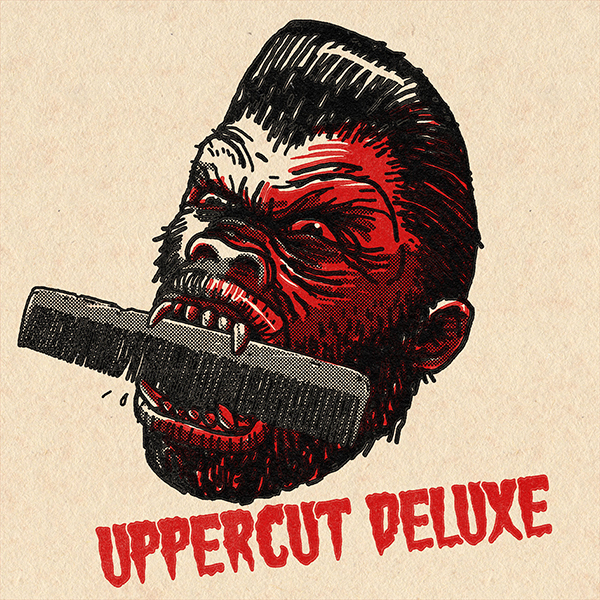