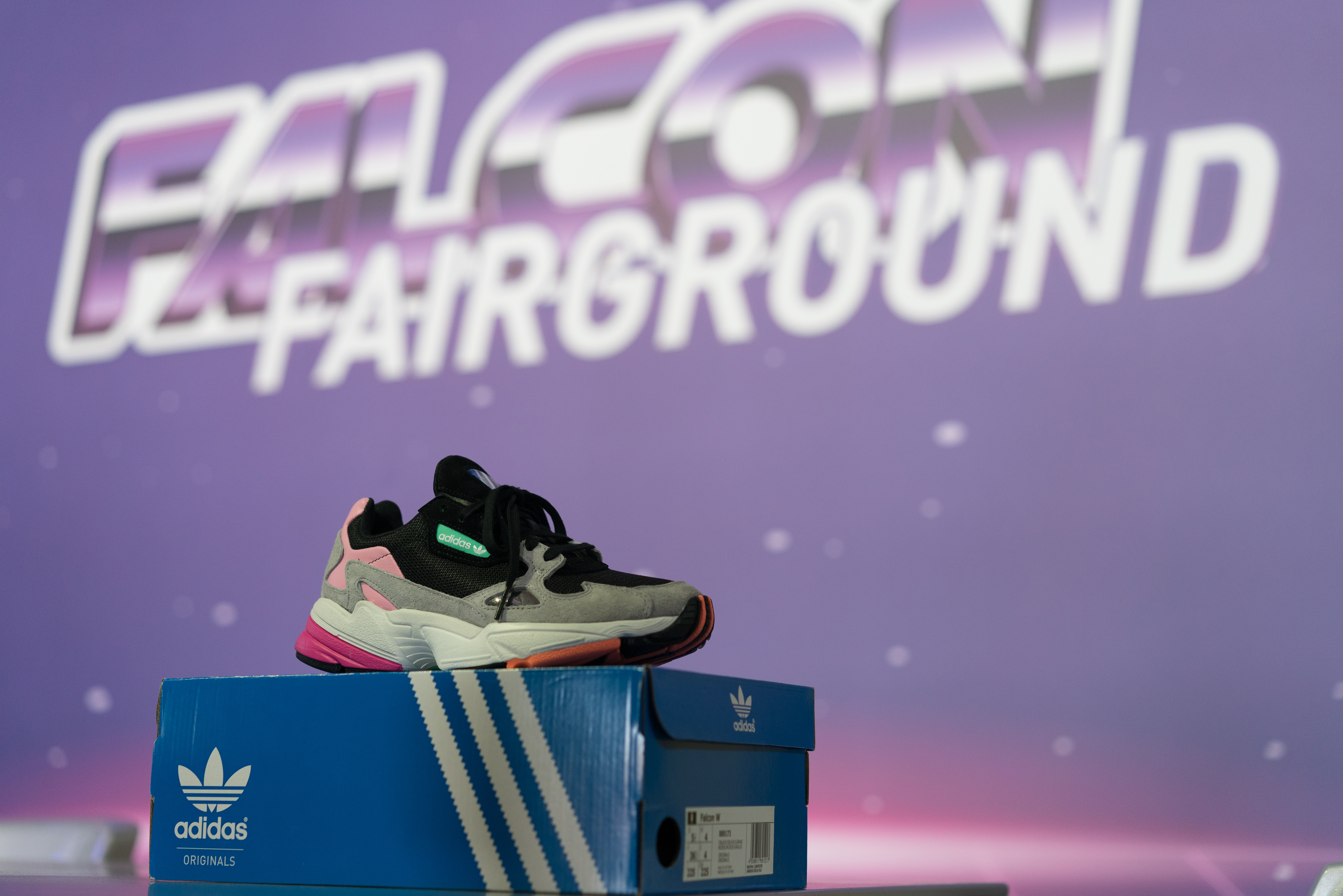 This past week, we were invited to take the short trip to Berlin by adidas Originals for the global launch of their upcoming Falcon silhouette. The all day event, in partnership with Girls Are Awesome, took us back to the 1990's with the Falcon Fairground and let us get up close and personal with the shoe. The Falcon, an updated womens exclusive version of their '90s runner, comes dressed in panels of black, grey and pink. The Three Stripes are left behind and replaced with teal trefoil branding on the tongue. Reminiscent of the Raf Simons Ozweego's, a mirrored panel on the upper brings the retro inspired silhouette into the future. The shoe is loud, and the event matched it. As we walked through the gates of an abandoned warehouse space in the Berlin borough of Kreuzberg, we faced up to a huge T-Rex model. Random, we thought, but definitely somewhere to grab a photo or two. A quick look around the outdoor space saw a all-you-can-eat candy floss bar, a carousel and some Three Stripes branded deck chairs. Once we'd grabbed some candy floss, of which the Earl Grey flavour was definitely the stand out, we headed inside to a very '90s themed party and a dose of sensory overload like never before. A pool filled with purple balls was surrounded by more deck chairs, palm trees and a slide, whilst across the room a neon-lit bumper car arena was like a scene out of Blade Runner. Lined up against the walls, small 'shops' were offering everything from piercing to tarrot card reading, hair braids and temporary tattoos. Event staff dressed in adidas x Girls are Awesome t-shirts skated around on roller blades offering pick & mix and ice cream whilst the claw machine drew a crowd as people tried to win a prize. As day turned into night, the vibe totally changed as the carousel lit up, '90s hip-hop blasted through the speakers and the T-Rex stood in the shadows. Inside we'd been told that a special guest was set to perform and after being warmed up by SXTN, an all-female German rap duo, the crowd eagerly awaited the main event. Stefflon Don soon took to the stage and did not disappoint. With two backing dancers, the London native played hit after hit and finished things off by pulling as many people on stage as she could. The adidas Originals Falcon is set to release on 02.06.18 so stay tuned for more info throughout the week. 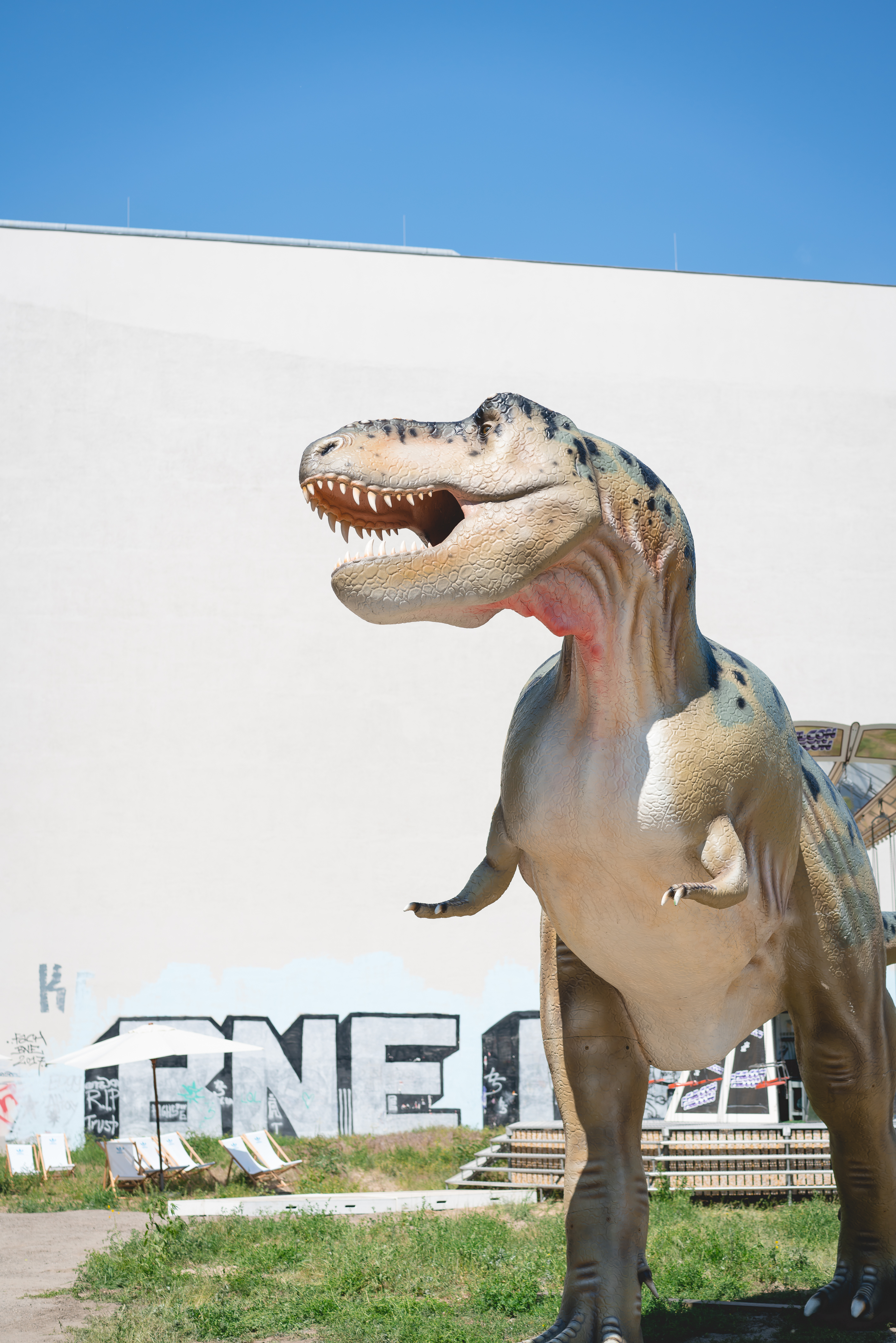 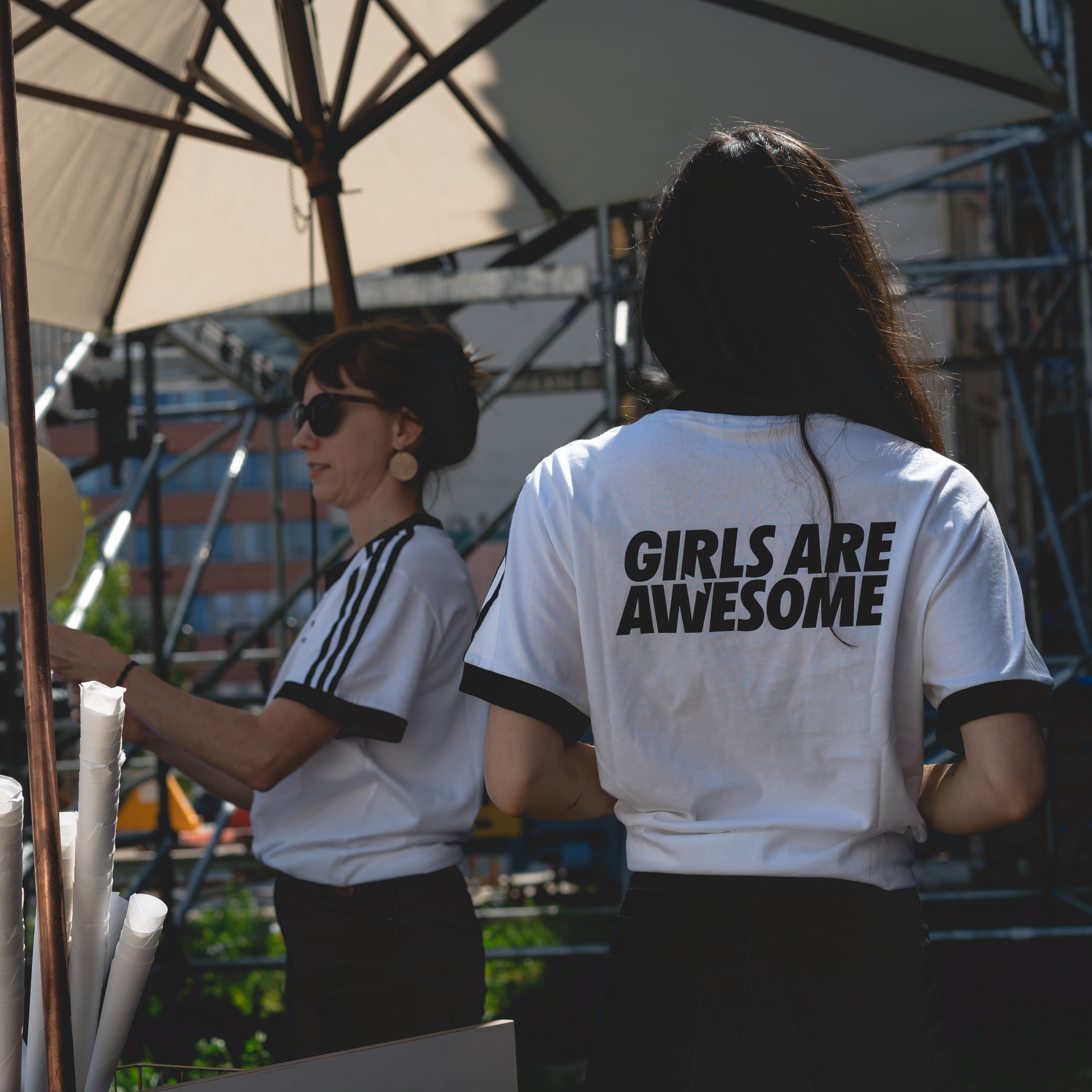 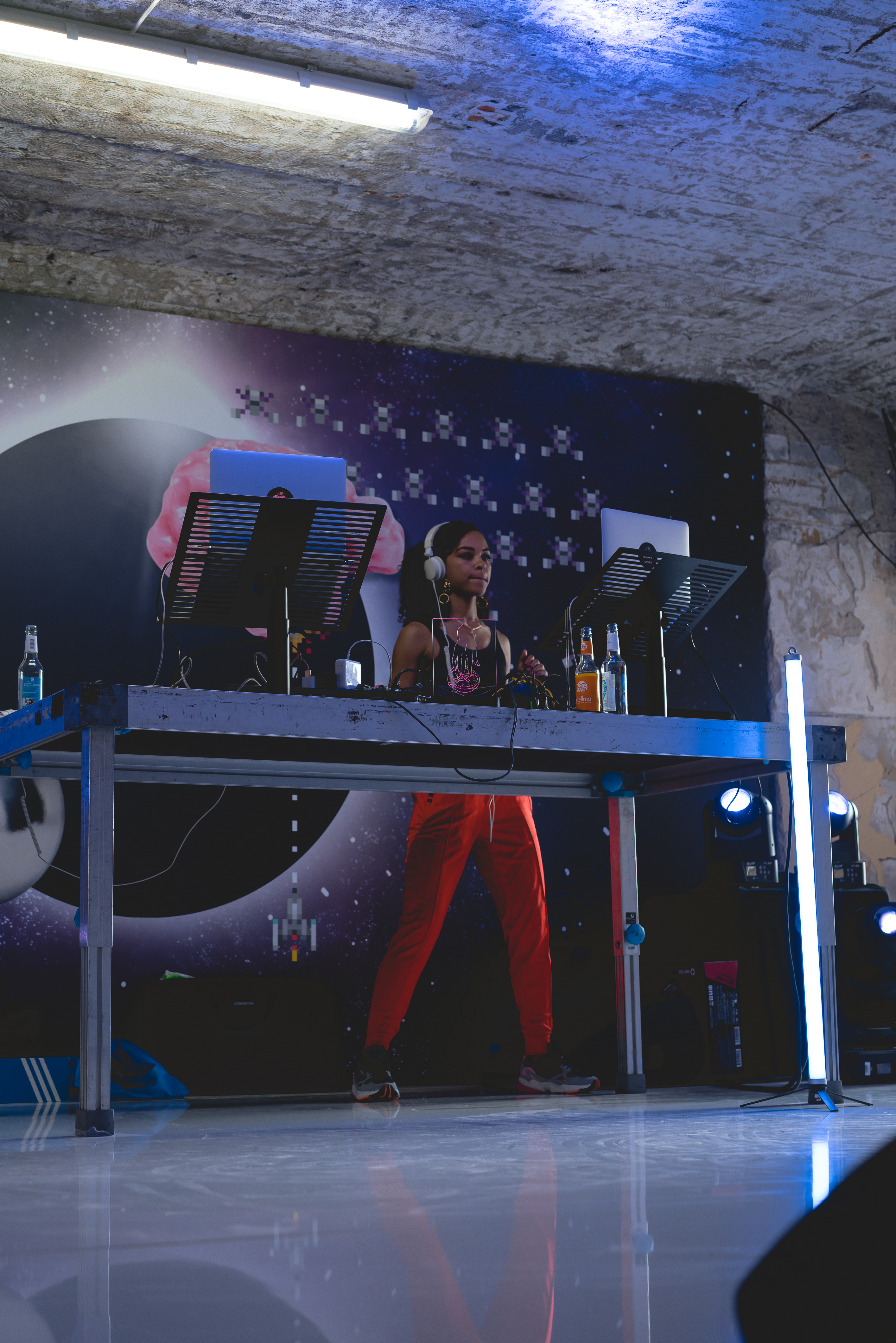 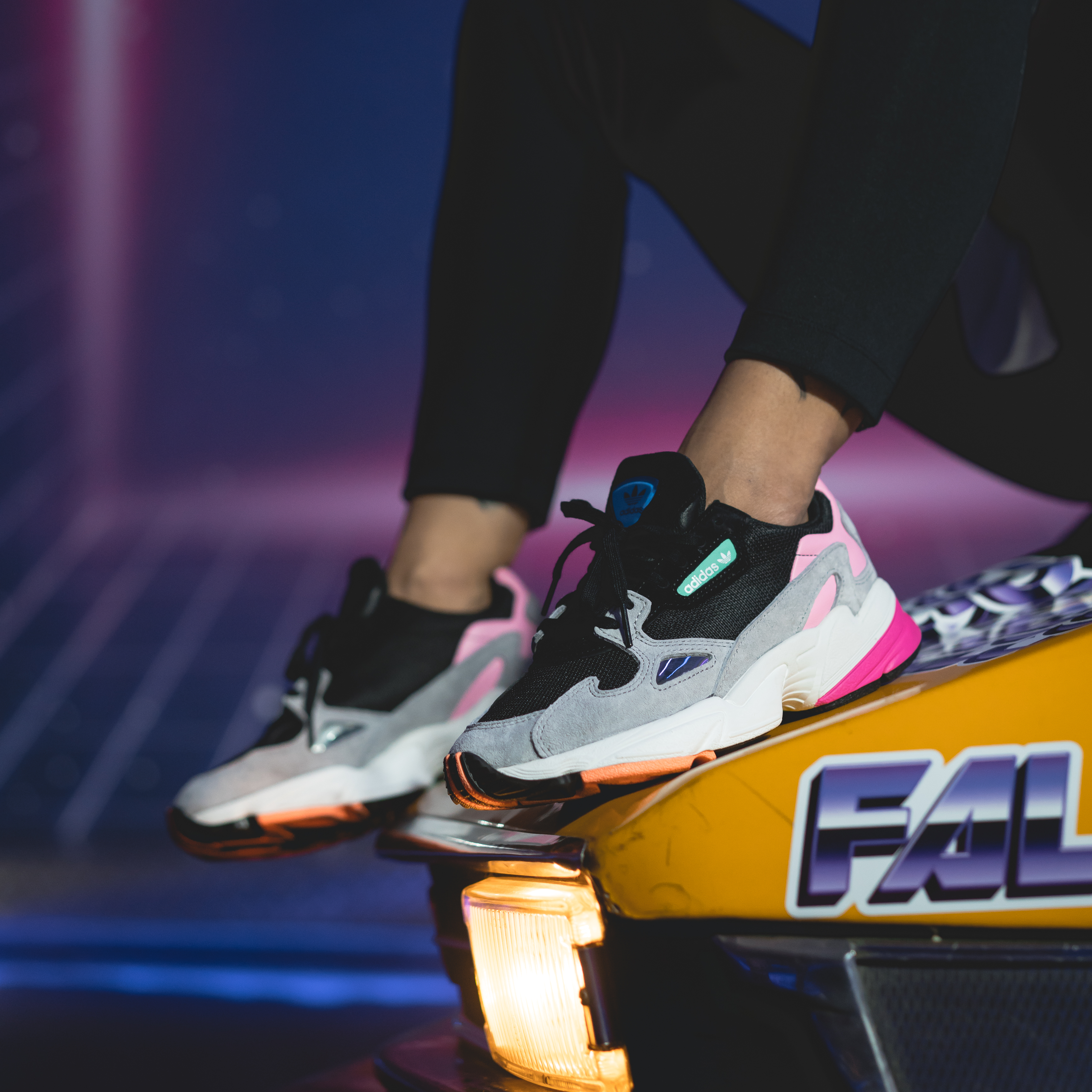 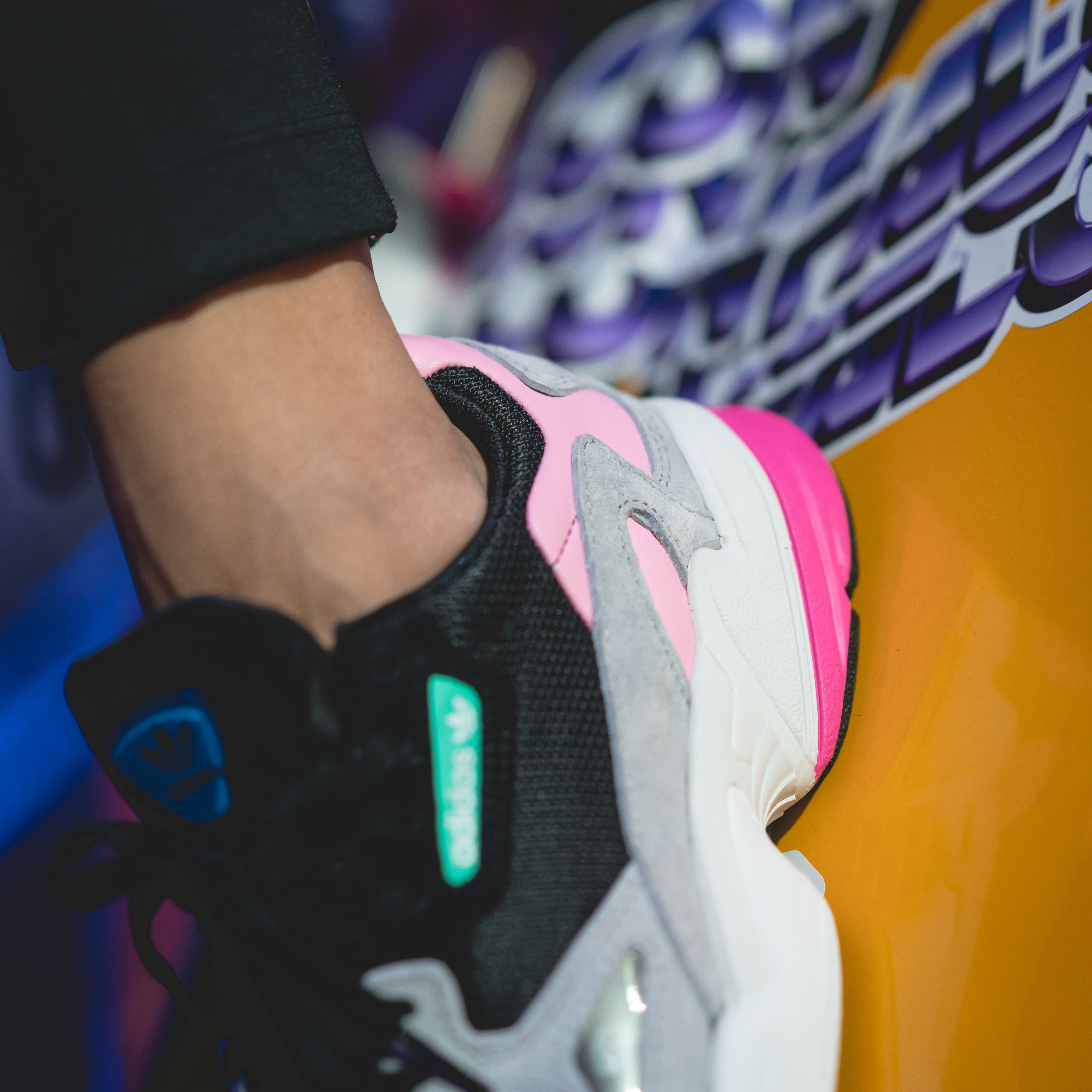 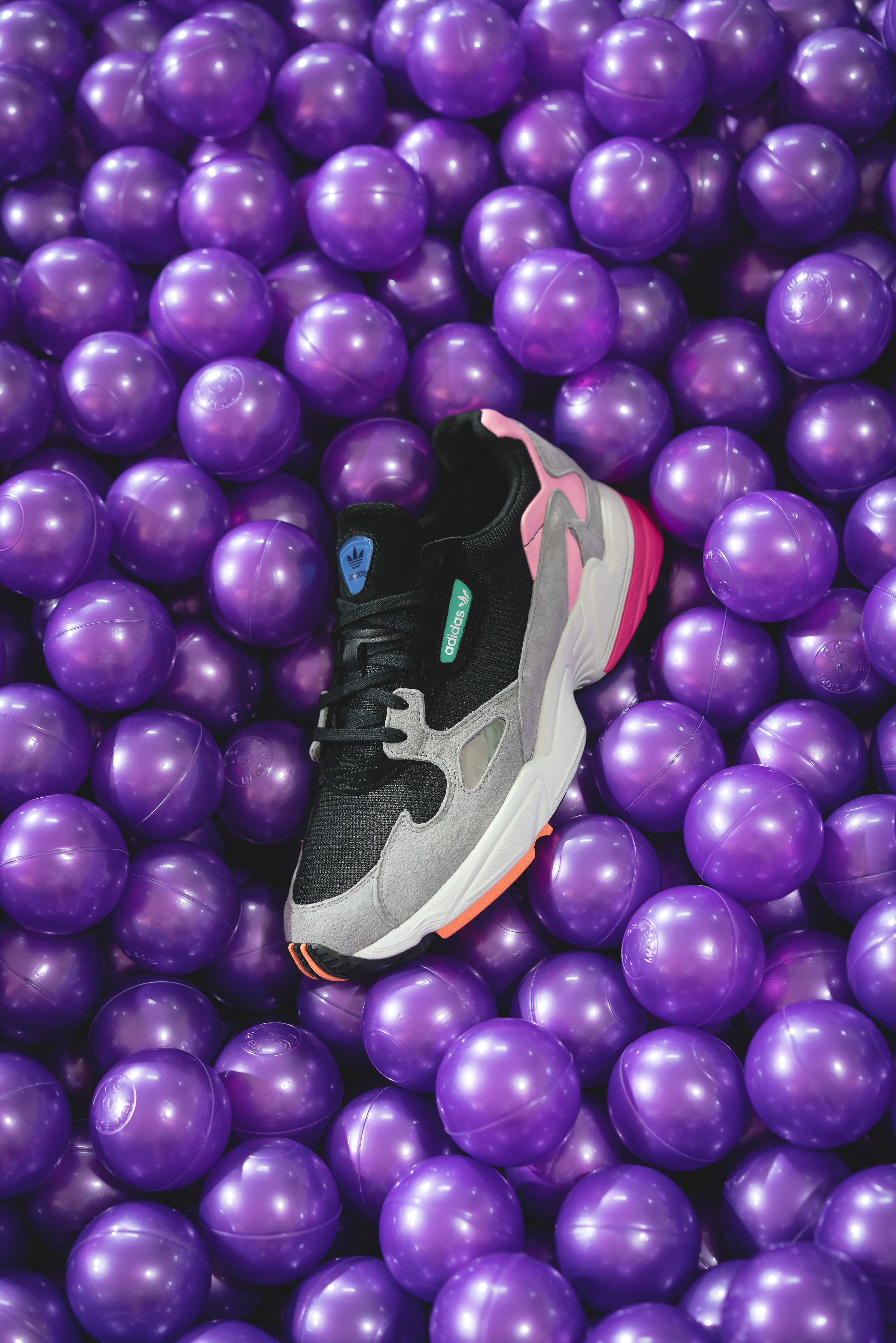 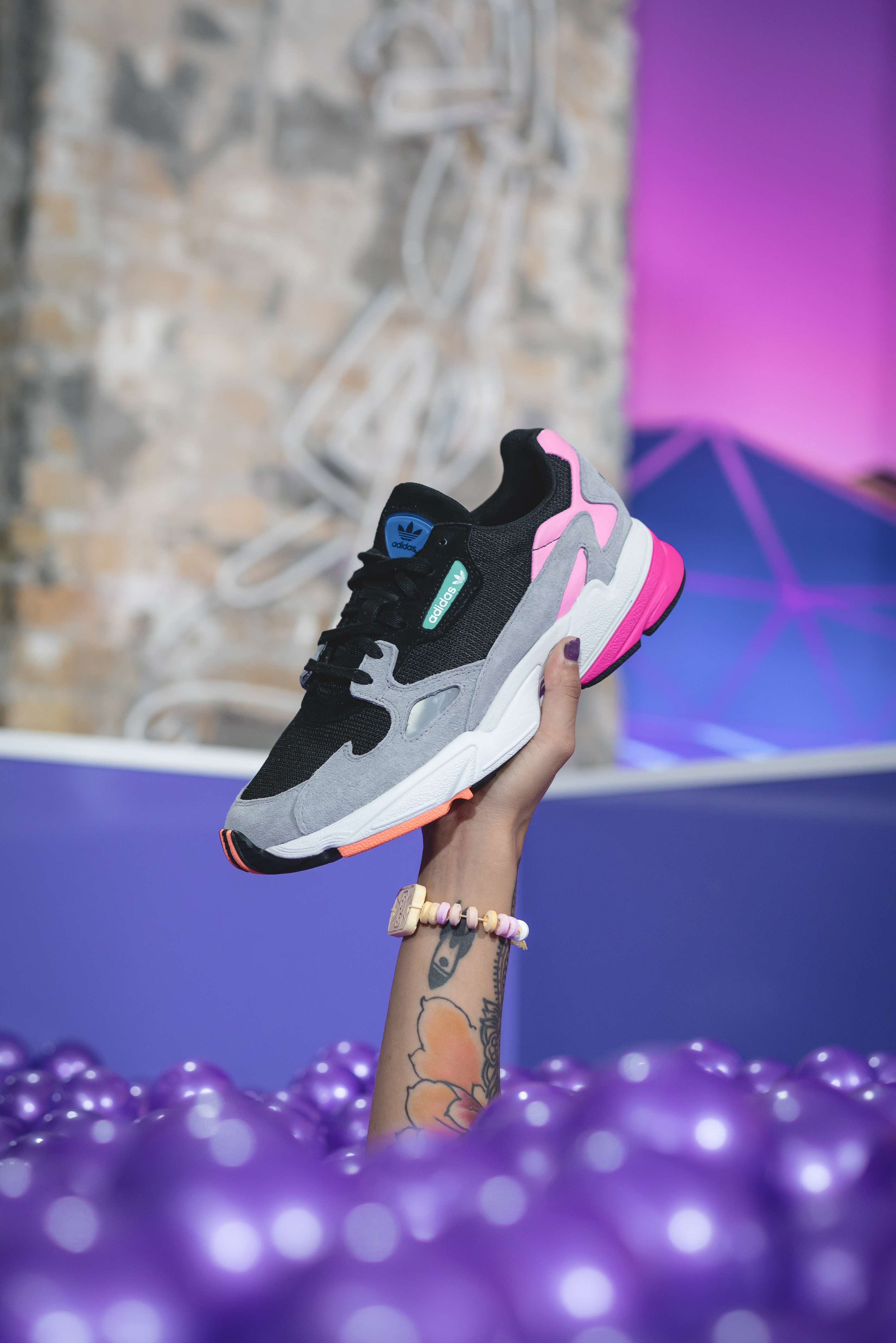 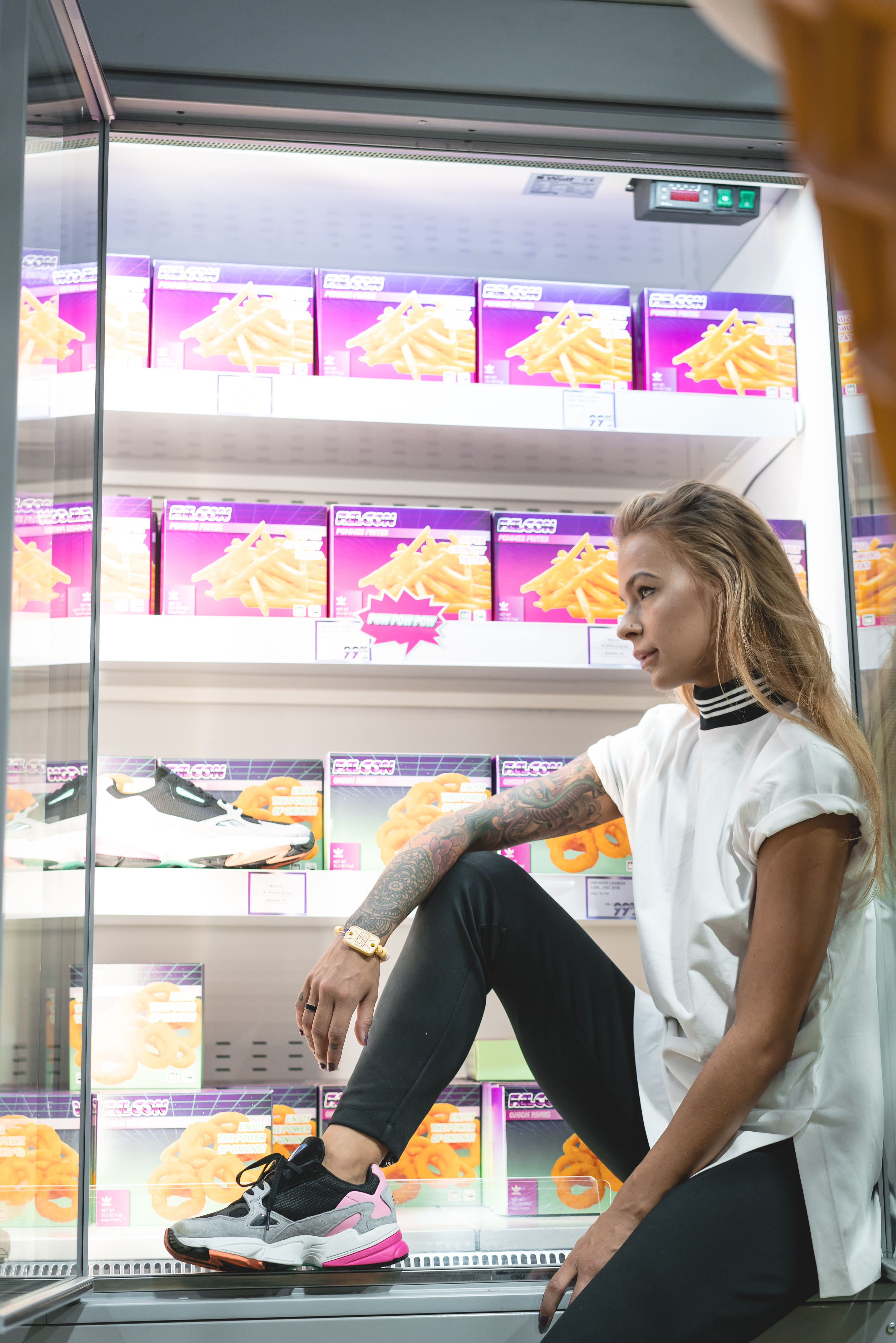 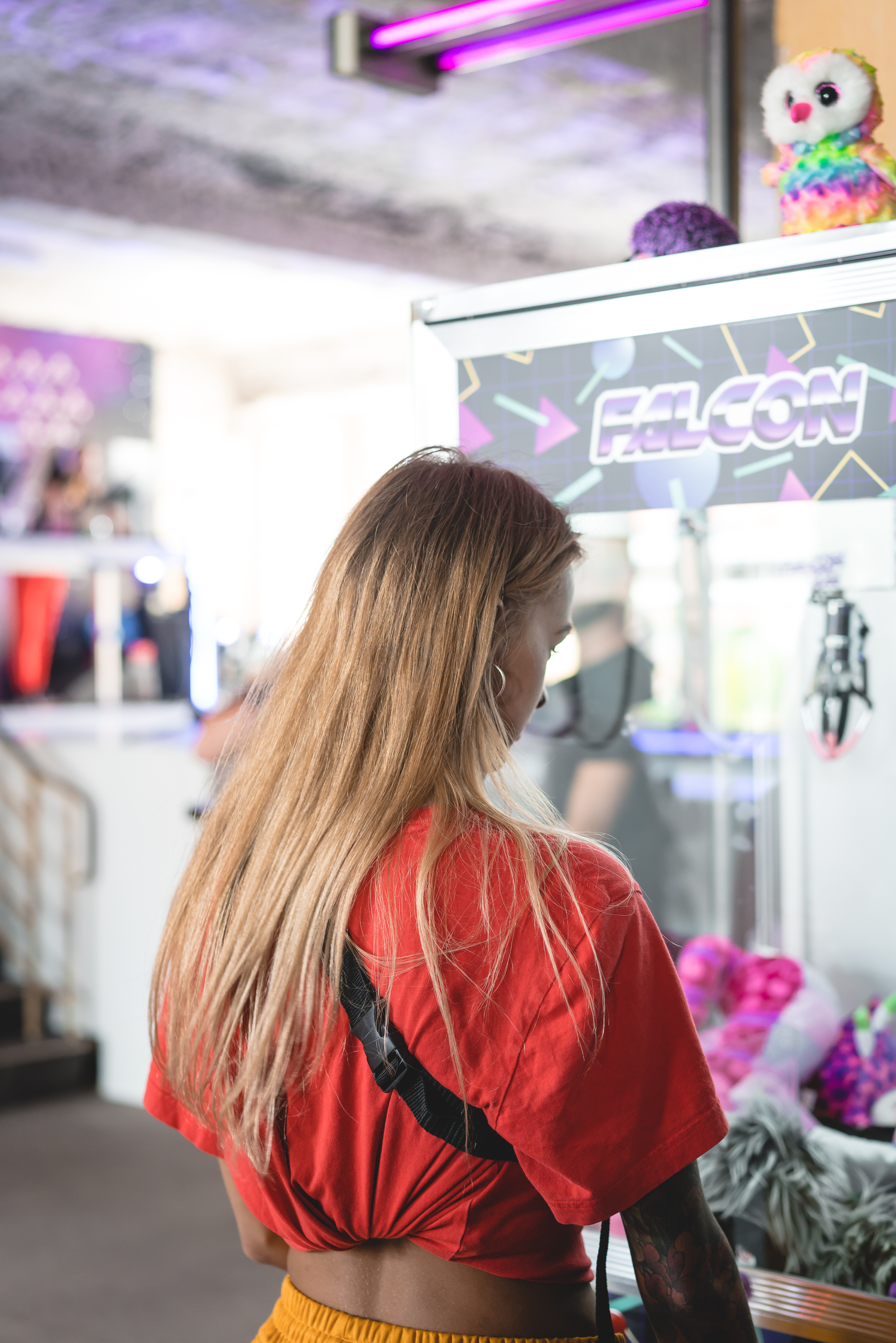 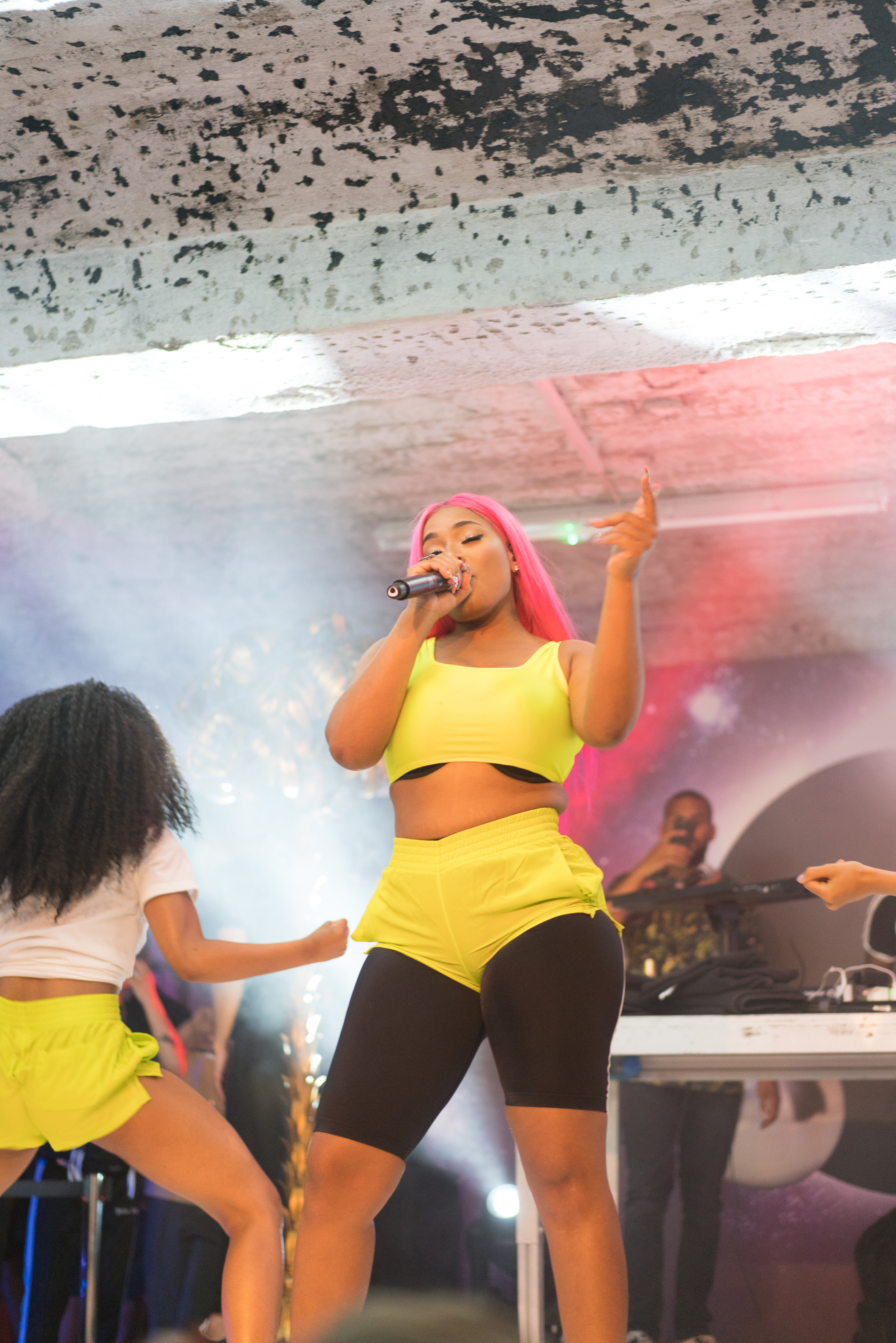 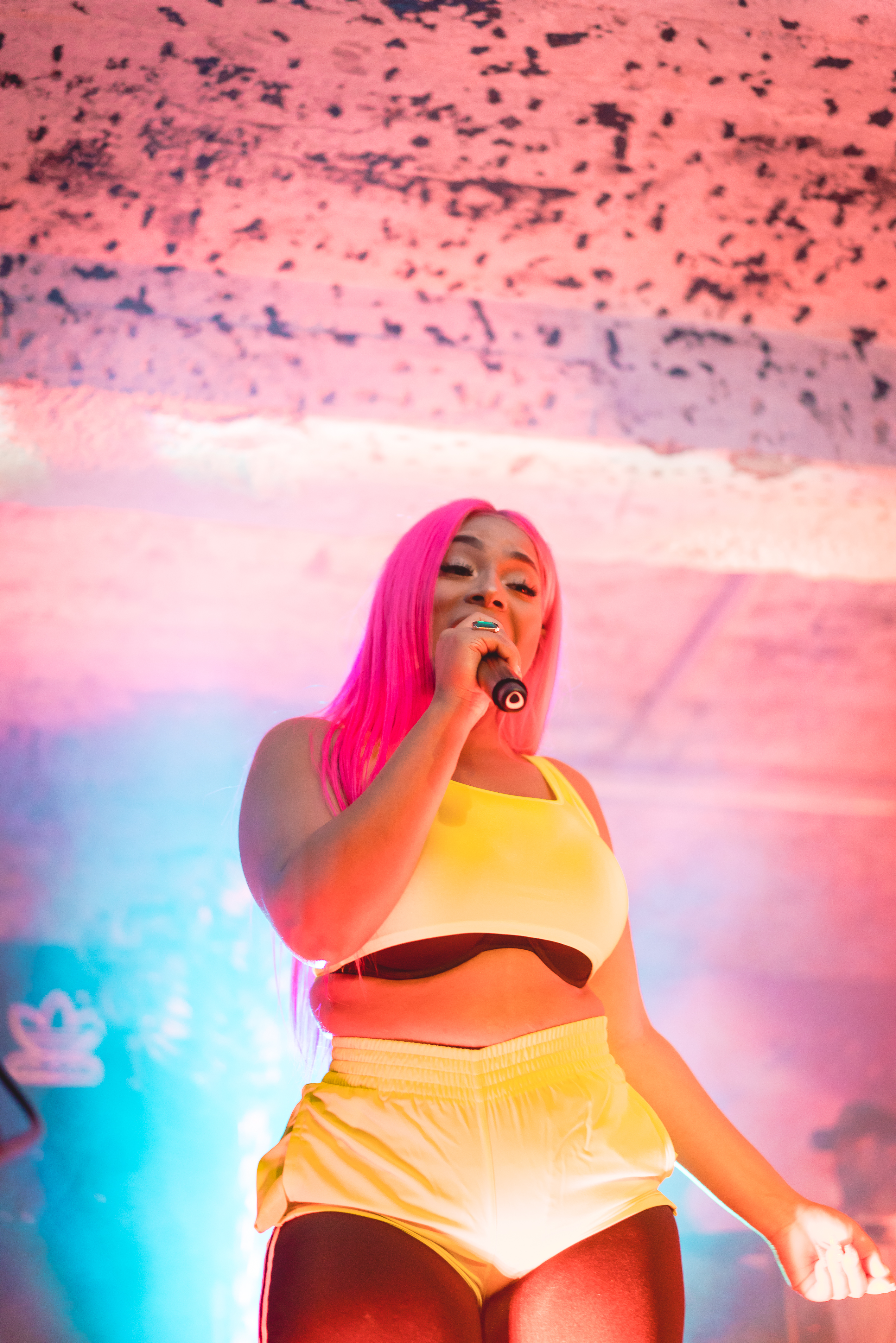