Born in Portland, Oregon, Columbia have been making reliable outdoor clobber for more than 82 years. However, the brand's rise to the top hasn’t been all plain sailing. Below, we shed light on how Columbia emerged from insolvency, became a television sensation and rose to become the family-led powerhouse it is today. 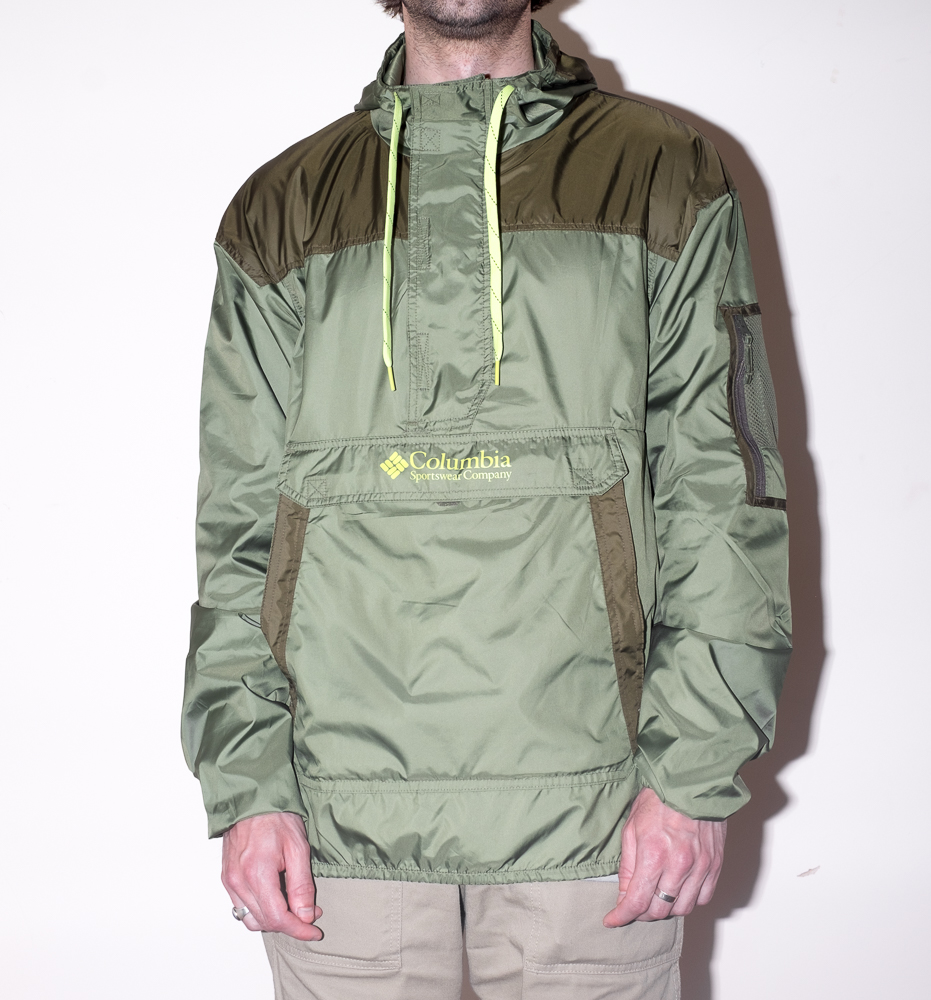 The journey started way back in 1937, when the Lanfrom family fled from Nazi-controlled Germany prior to the start of World War II. Resettling in Orgeon, the following year the family—led by Paul Lanfrom—bought a small hat franchise called Rosenfeld Hat Company. Which later became known as the Columbia Hat Company.

But Columbia wasn’t always the iconic name we know of today.

In its humble beginnings, the company maintained a low-key presence in the Portland area, only working as a small manufacturing firm that was capable of supporting Paul Lanfrom, his wife, Marie, and their children. 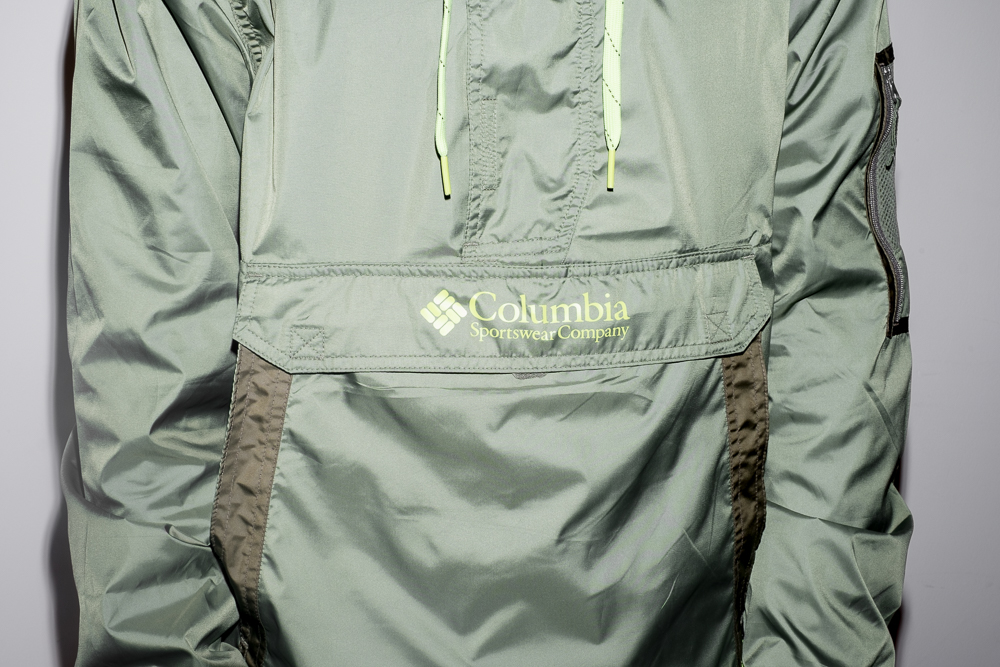 10 years after Paul bought Rosenfeld Hat Company, his daughter, Gertrude, married Neil Boyle, and as a result, Neal Boyle joined the family business. Neal’s rise to the helm took place in 1963 when Paul Lanfrom passed away and subsequently, Neal became president. Prior to Neal taking charge, Columbia had made waves in the hunting and fishing market, and this was largely down to the contributions of Gertrude.

Gertrude had designed and constructed a fishing vest jacket on her sewing machine which would lead the company into the forefront of the fishing and hunting apparel industry. The vest itself was bolero-styled and came kitted out with multiple pockets. A design which revolutionised fishing attire forever.

Once Neal Boyle took to the reigns, he expanded the company’s presence in this market further. However, Neal’s ownership would be short-lived as at the age 47, he sadly died of a heart attack, leaving the future of Columbia in the hands of Gertrude. 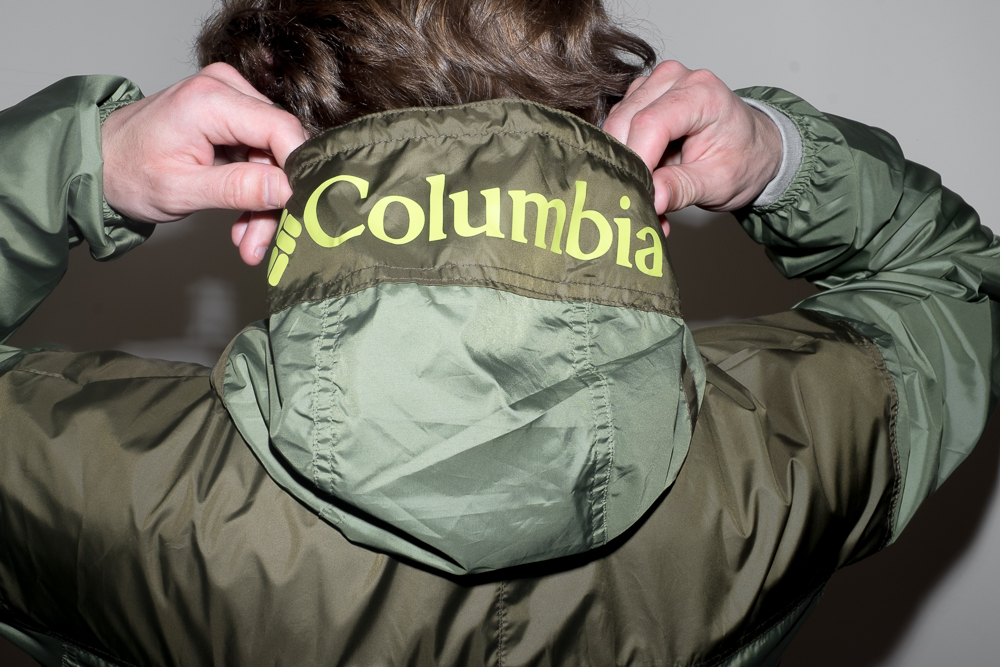 The 1970’s were a testing time for Columbia.

Although at the point of Neal Boyle’s passing Columbia were generating $650,000 a year in sales, they were on the verge of insolvency. Gertrude had inherited a floundering business. Bankers were unwilling to offer credit, many stores refused to stock Columbia’s gear and others even experienced delivery problems.

By Gertrude’s first year in charge, Columbia was hanging on for dear life. The situation was that grave that the mother of three was prompted into sitting down to negotiate the sale of the company. From across the table an offer of “$1,400” was swiftly shunned with Gertrude famously exclaiming

With the help of her son, Tim, who had now joined the company full-time after completing college, the pair had almost succeeded in running company into the ground. Columbia now had a net of -$300,000, and in an interview Tim Boyle gave to Sporting Goods Business 20 years later, both himself and Gertrude were to blame.

“We really blew it’ Tim had admitted, 'You name it, we did it wrong. We went in and fired everyone. We just didn't know what in the world we were doing.” 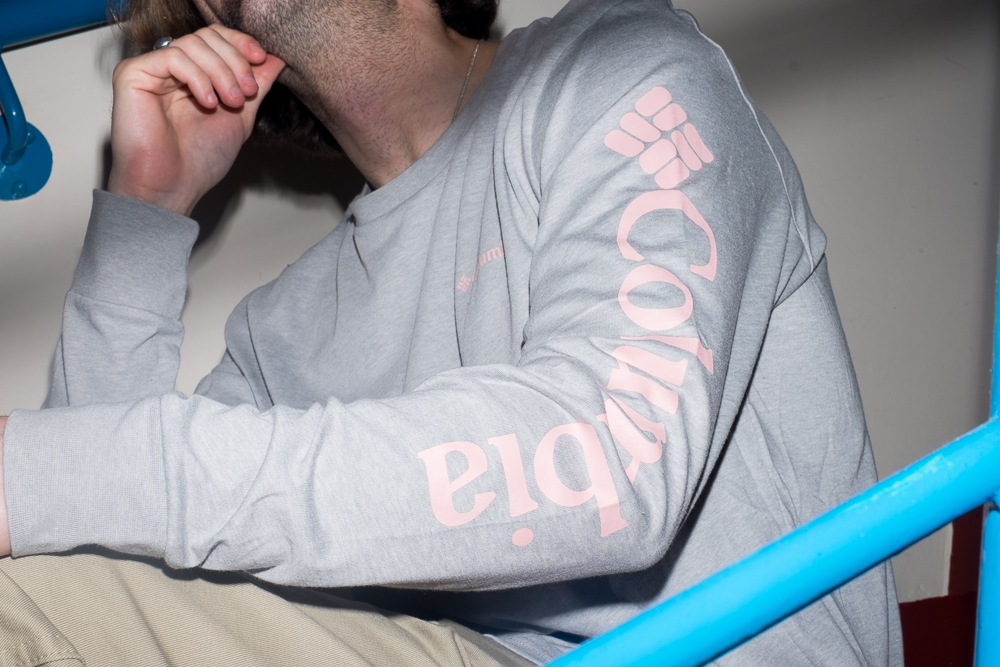 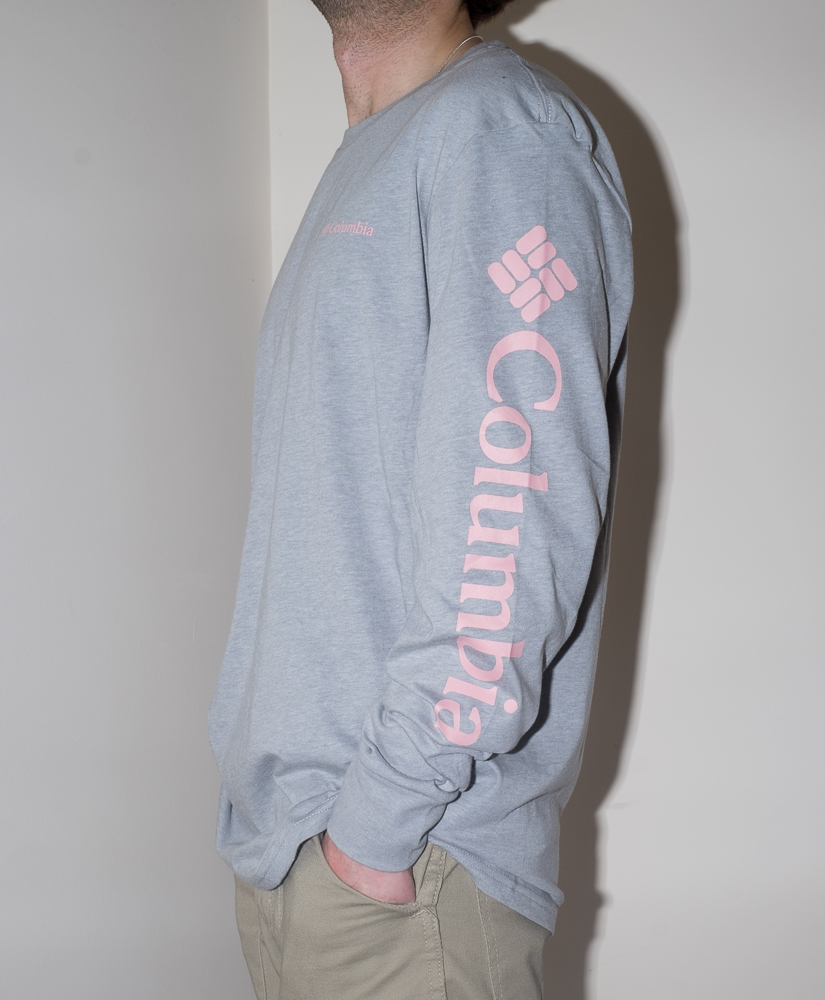 The Boyle team were finally handed a lifeline when they were given credit after pledging Columbia’s $200,000 manufacturing facility. As a result, they drastically reduced the company’s contributions in the wholesaling side of the apparel business, which had been minimising profits for years.

However, the big turning point happened in 1976 when Tim Boyle made a decision that would change the face of Columbia forever.

Tim’s number one priority was now building an advertising presence in Columbia’s markets. By 1978, Columbia had hit the $1 million mark in sales with the company continuing to garner a reputation in the hunting and apparel scene through their specialised advertising.

The 80’s brought a period of explosive growth for Columbia. Vice President, Don Santorufo, had employed Korean nationals to supervise trade overseas and this offshore production allowed the company to produce its apparel at a considerably lower price.

Another pivotal factor in the company’s rise was the introduction of what Columbia designers dubbed the Interchange System. This practical piece consisted of a lightweight shell jacket and an insulating liner that zipped together, providing the wearer with three separate jackets for various weather conditions.

These two key factors paved the way for Columbia to grow in the 80’s—but there was another key ingredient.

The ‘Bugaboo’, a skiwear parka released in 1986, was the company’s first venture into skiing apparel. By the end of its debut year, the garment was ranked the highest selling parka at its price in the industry. This elevated Columbia to lofty new heights and placed them in the same league as the largest outerwear companies in the United States.

The Bugaboo had skyrocketed sales from $18m to nearly $80m in just two years. Columbia’s ski sales now stampeded past all other rivals in the country’s ski industry, and this success was underpinned by a series of popular television endorsements that would cement their name in the outdoor apparel industry forever. 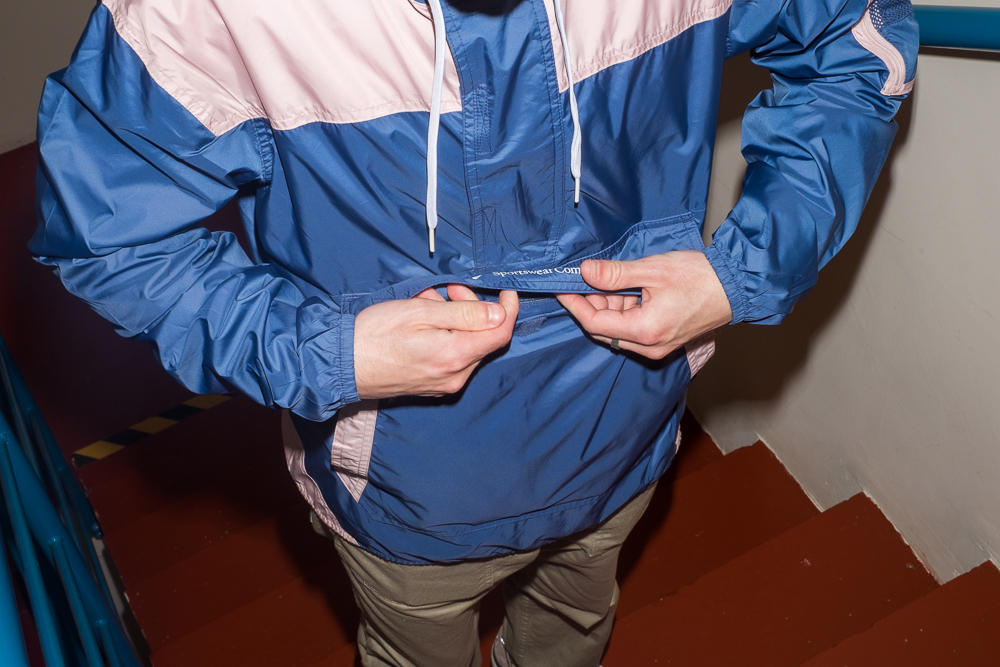 Debuting in 1983, the advert's storyline featured Gertrude Boyle putting her son, Tim, through a series of rigorous tests to demonstrate the durability of Columbia’s garments.

The amusing commercial—which portrayed Tim as the test dummy and Gertrude as ‘One Tough Mother’—was extremely effective.

By the early 90’s, Columbia had soared over the $100m sales, and the Boyles were now mapping out their aspirations of hitting the $1bn mark.

Boyle did this by adding several lines of apparel and accessories to the company. 1993 saw the introduction of new denim lines, featuring shirts, vest and jeans marketed under the ‘Tough Mother’ tag. '93 also saw the birth of a new footwear division that produced the ‘Bugaboot’: a robust, durable and practical outdoor shoe that was championed by Gertrude Boyle in the brand’s popular adverts.

These fresh ventures moved Columbia into the mainstream of the apparel market. 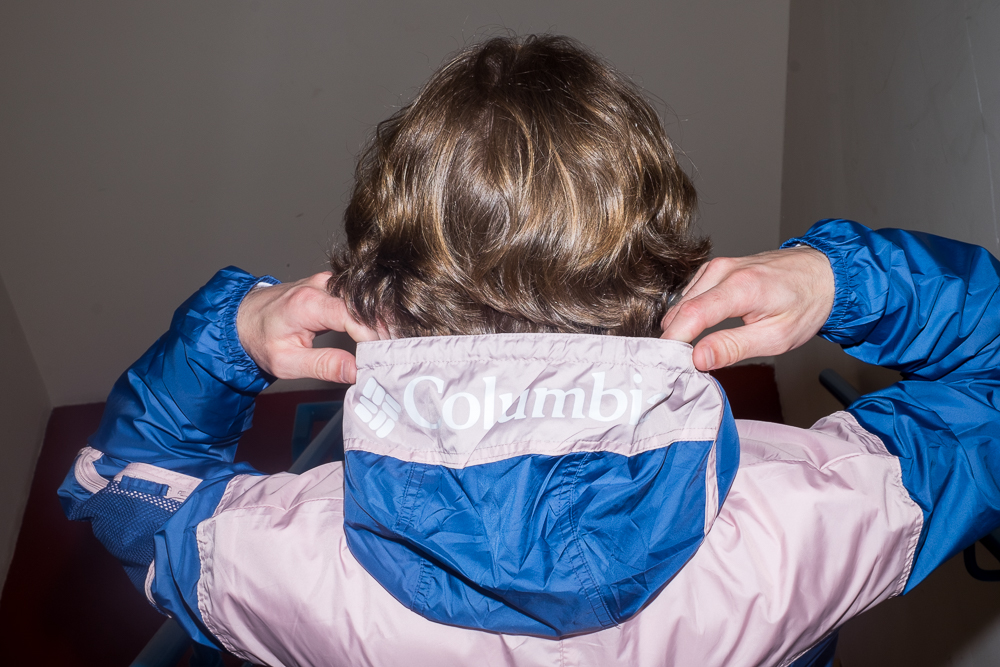 In 1994 Columbia was named the official supplier to CBS Sports for the Winter Olympic Games in Norway. In response to this, the brand once again branched out and entered the snowboard apparel scene with the introduction of its Convert line.

Tim Boyle diversifed further when he bought the space for Columbia’s flagship store in Portland in 1995. Opening the following year, the store displayed the extensive list of apparel Columbia now boasted. And shortly after, Boyle extended their overseas retail presence by opening another store in Seoul.

By 2000, Columbia had approximately 550 concept shops all over the world.

Today, Columbia Sportswear remains one of the largest outdoor brands in the industry. Their commitment to manufacturing robust outdoor clothing has been unwavering throughout the years.

And now—with Gertrude Boyle still at the helm over 40 years later—Columbia continues to provide no-nonsense apparel to suit every climate. 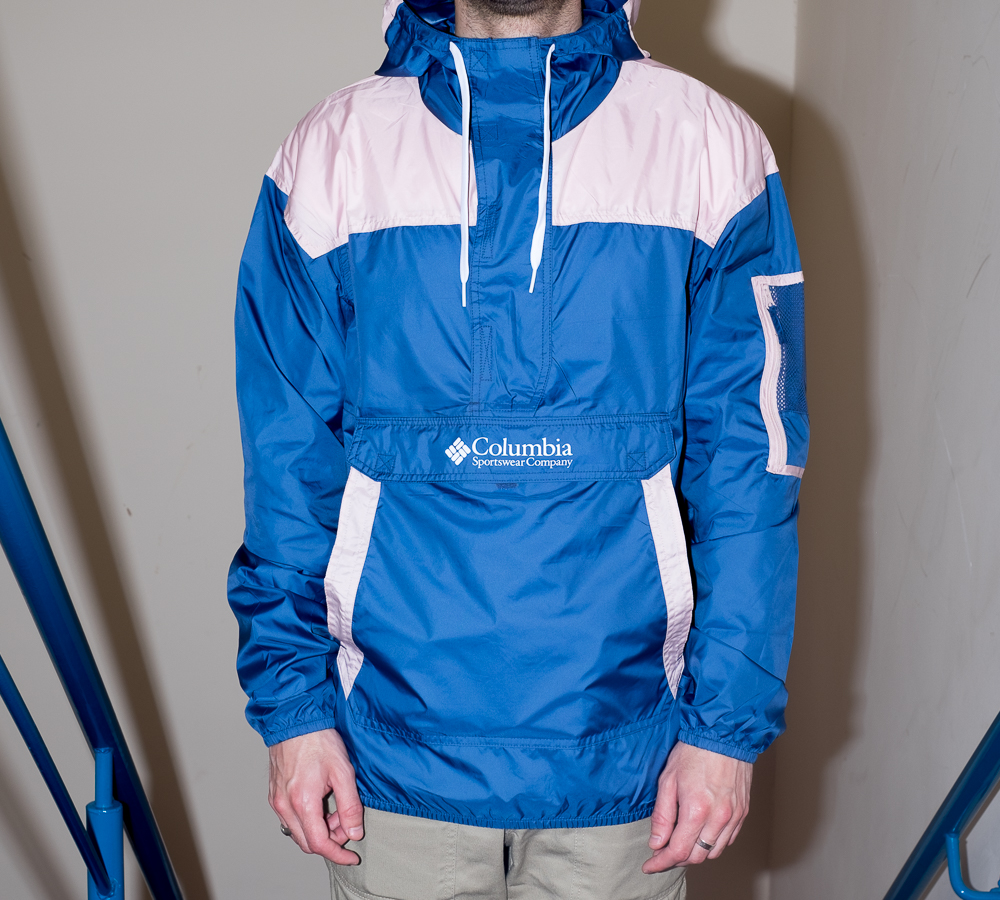 At size? we’re proud stockists of Columbia and this season we’re seeing a range of summer staples including these size? exclusive shorts that come in an assortment of shades. We’re also carrying summer-ready caps, bags and tees, all of which are decorated with the brand’s iconic logo.