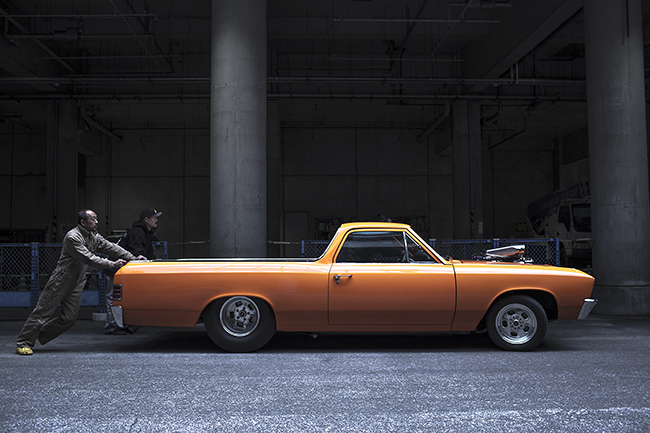 The low December sun has burst above the Pacific, off the coast of Yokohama, on the southern end of Tokyo Bay. Yellow-blue light is streaming into the loading bay of the Pacifico Hall convention centre. This cavernous concrete and tarmac space, which yesterday was populated by the Coin-Operated Laundry Convention, is this morning replete with the candy apple metal flaked tangerine dream of Americana. A slick-haired Californian on a skinny knucklehead twists the throttle in a cloud of fumes and decibels. A 30-something Tokyo graphic designer in a Deck Jacket and leather lid gives it the gangster lean in ’32 Ford ‘Deuce’ Roadster rubbed down to the primer, rocking skinny sand racing rubber. A heavily be-quiffed rocker from Nagano slips his 59 Impala into gear and flames burst from the pipes as heavy as the pinlined versions on his paint job. Welcome to the 26th Mooneyes Hot Rod and Custom Show. 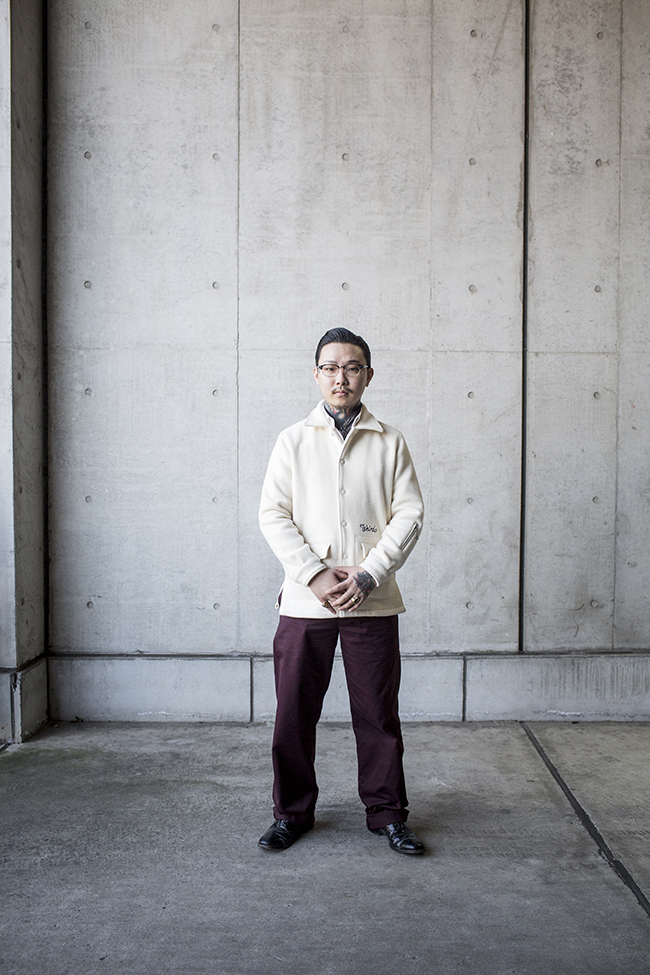 “We come to Mooneyes every year because it is the greatest show on the planet,” says Dean Micetich, founder of LA based indie custom culture bible Dice Magazine. “ We see people here every year — Californians, Australians, Brits, Euros and Kiwis. It’s just this spectacular melting point of people all into custom culture!” Dean knows what he’s on about. Dice is probably the most credible platform where this increasingly global scene communicates. He has seen how an urge for craftsmanship and mid-century cool have intertwined — and manifest in a growing and widespread lust for hand wrought automotive machines — and the culture that has arisen around these totemic pieces of hardware. “The Japanese in so many things are true artists,” he says. “They have been for thousands of years. And you can see that in the stuff they produce.” 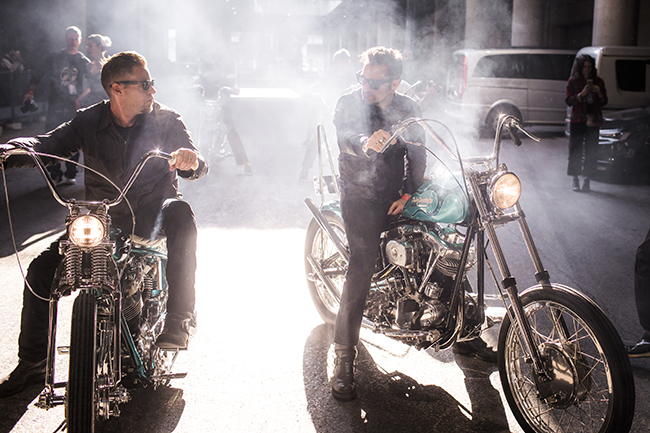 The Mooneyes story is a tale of trans-Pacific culture clash. The ‘Moon’ brand emerged in the 1950s  California engineer and Hot Rodder Dean Moon. The young Californian was part of that generation of mech-savvy young American souls — many of them fresh from the military and hammered on the anvil of a tough war — who had found themselves young and restless and back at home in the middle of the biggest economic boom in the history of the planet. They had an unprecedented level of disposable income and energy and everyone around them was telling them to go go go. As part of their response these kids grabbed their parents motors, hopped them up and dragged them hard and free on the streets of America. 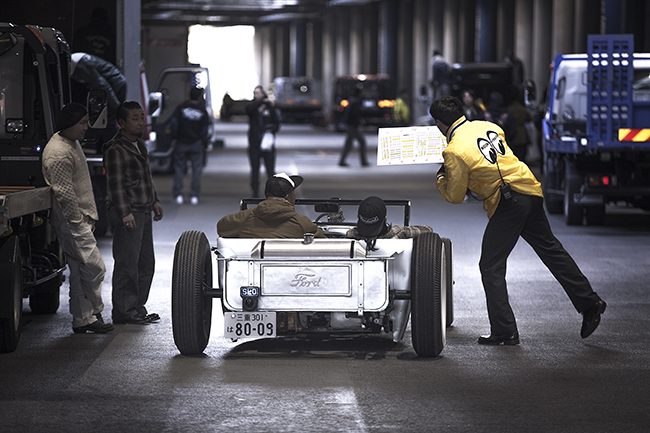 Alongside surf culture and Rock n Roll an imaginative and irreverent gear-headed creed was born. And it is a scene, of course, that has resonated for decades. Moon was one of the first people to machine bespoke kit for this culture — from things like valve covers, shifter ornaments and fuel tanks to the slick ‘moon discs’ you see on the wheels of Bonneville speedsters. The ‘Mooneyes’ logo became the company ident and a totem of credibility. The brand was all about stripped down focus on the quarter mile and to be ‘Moon Equipped’ was to to be ready to race without compromise or posturing. In a culture all about greasy know-how, horse power and straight line speeds, this really meant something. 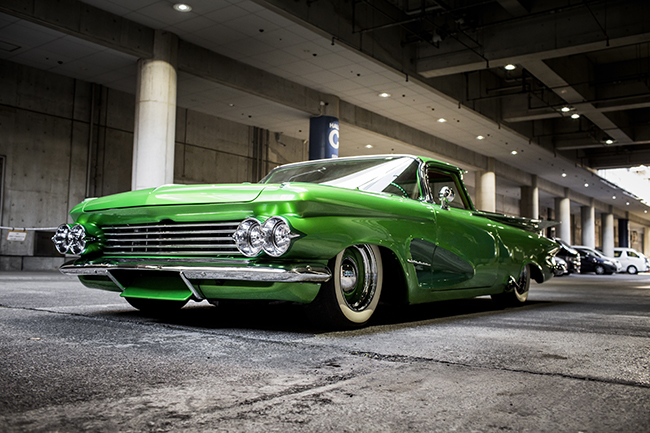 When company founder Dean Moon died in 1987, Japanese businessman and hot rodder Shige Suganuma, who was a Mooneyes dealer in Japan, was keen to carry on the Moon tradition. “Shige-San had been very close to Dean and the Moon family  — and after a transitional period he became the owner of the brand and the company itself,” Steve Sare, who worked for Mooneyes until last year, tells me. “In a way he inherited the company rather than simply acquired it.” And despite its Japanese ownership the company’s HQ is still in the same place, in the same building in Santa Fe Springs, California. “The company still have Dean Moon’s files dating way back to the 1950s,” Steve says. “They have retained the contacts and connections that were so vital a part of the culture of Hot Rodding and customising in post war America. I’m sure there were some misgivings in the beginning about someone foreign owning such an iconic brand that represented so much of what may be called ‘Americana’. But the way that the new owner did it gradually convinced people that this was still the Moon brand.” 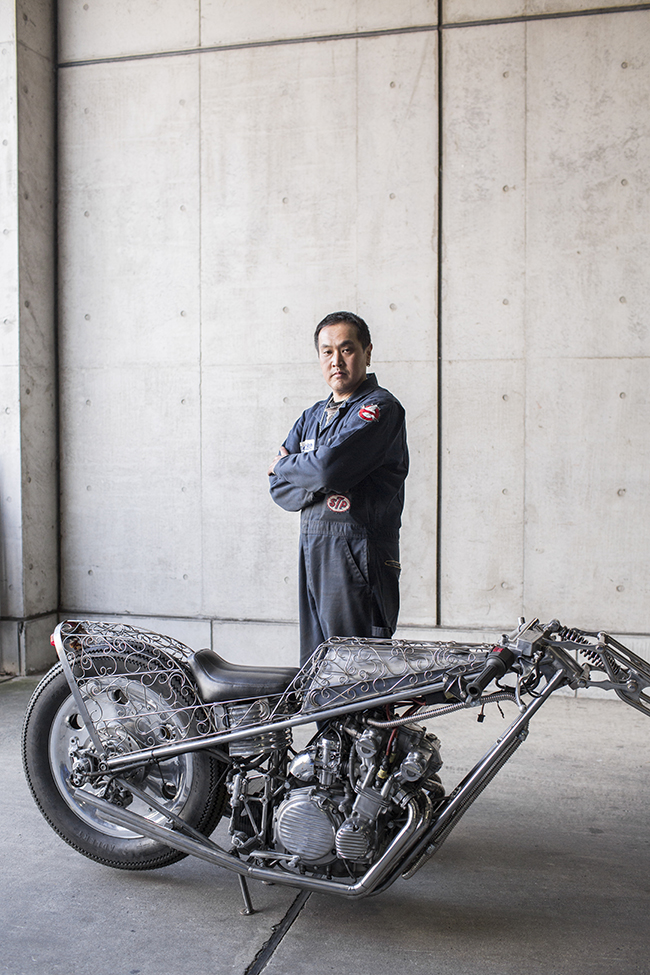 The Japanese economic miracle that occurred after defeat in World War Two and alongside American occupation meant that America’s energy and wealth was mirrored. But it was a twisted, hyperbolic reflection and one that has produced what you could see as an accelerated, hyperreal version of the yankee original. But Japan is bigger than the cultural universe – it produces more subcultures and scenes than anywhere else. Its history is one of endless cultural interpretation, mimicry and reflection. The obsession with Americana, particularly amongst younger people, is just one star in the Japanese cultural constellation — albeit an endlessly pulsing red giant of an aesthetic influence. 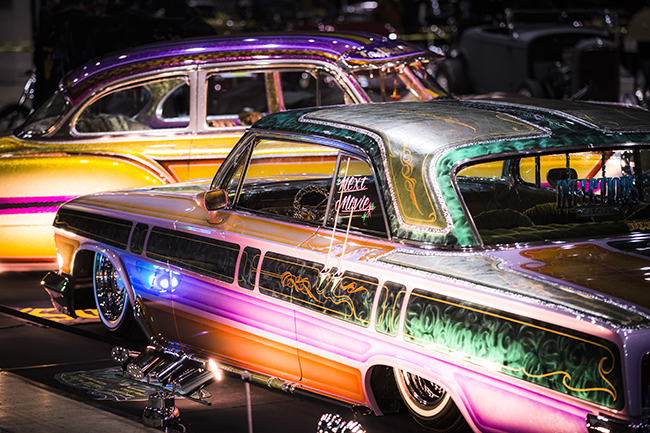 Mooneyes, then, is more than just a custom car and bike show. It is a place of pilgrimage for people from all over the world whose cultural reference points are rooted deep in the 20th century. And, these days, the event has its own unique feel  — its own singular way of presenting itself. And the display just keeps on getting better. And right here, right now — there is something unique and distinct about the style of the people who make the annual pilgrimage to Yokohama. For every wool-dyed outlaw Chopper maniac from Wyoming there is a Korean tattoo artist channelling Frankie Valli, circa 1960. For every Chicano lowrider in khakis and Cortez there is a cool 23 year old in watch cap, Converse and Independent Truck tee doing it just so. There are the cartoonish pin-up showgirls and fetishists of swing; there are surf guitar divas and custom bike builders who dress as if they were aboard a carrier in the Battle of Midway. But it’s the way they pull all these things together — and with a smiling face, that makes Mooneyes so special. You should go there before the internal combustion engine becomes a thing consigned to centuries past. SaveSave SaveSave SaveSave