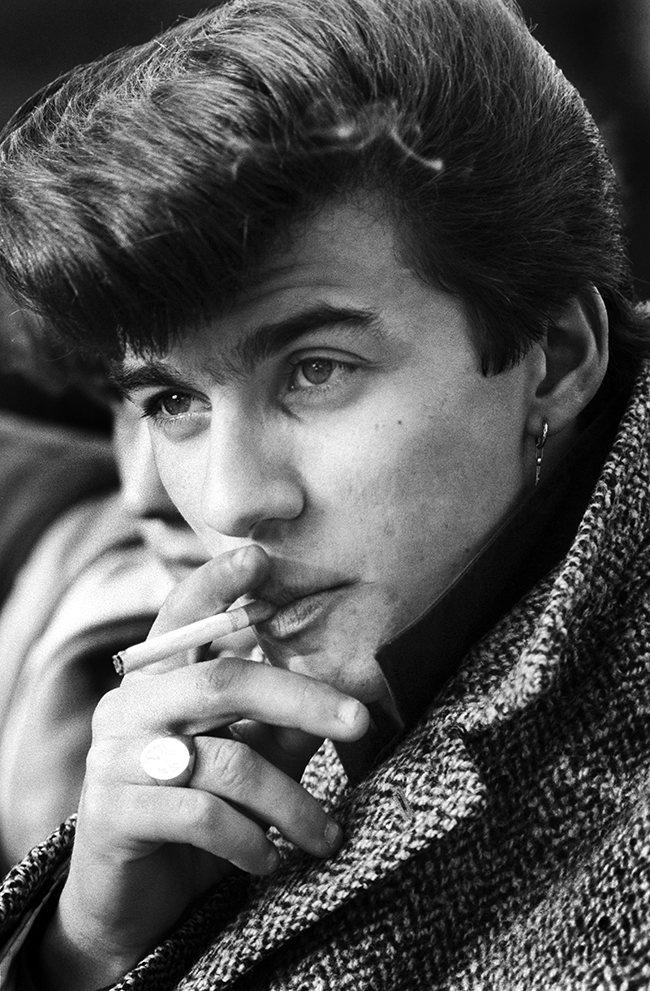 In the early eighties French photographer Gil Rigoulet stumbled upon a vibrant clique of Rockabillies in the city of Rouan in Normandy. Their scene was motored by a love of Americana in all its forms — from  Rock ‘n’ Roll music to brothel-creeping crepes and chrome-clad cars….  Two packs of beer sit on the bonnet of the blue Simca Chambord with the white roof. It’s a Saturday afternoon on a dead-end street in Rouan. We’re changing the rear light of the car and we discuss the rust spots on the motor’s nickel plating. We plan a trip to the barber shop and chat about tonight’s much anticipated party at The Ranch Club. A couple more kids with huge quiffs and varsity jackets arrive as the afternoon slides by. The sound of The Rhythm Rockers electrifies the air through the Chambord's cassette player while the V8 Versailles purrs like a fifties American. We pile in the cars and head into the evening. 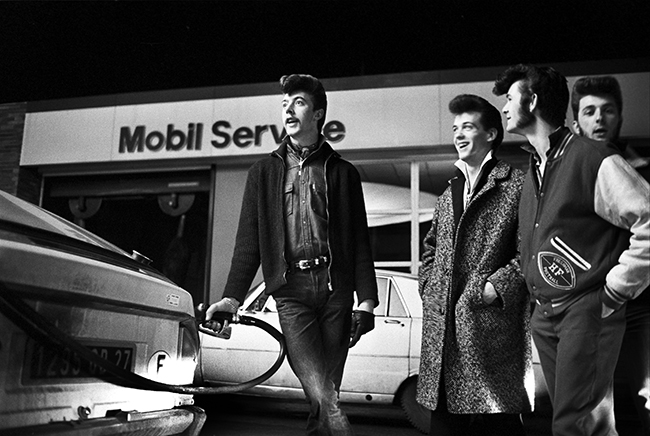 It was in the cold winter of 1982 when I first met this bunch of French Rockabillies. I was a young photojournalist. I’d collaborated with the weekly La Dépèche since 1975 and I had started to sell my photos in local newspapers and some of the Parisian magazines. Through a friend I was introduced to a couple of the guys. They came from ‘The Pavilion’ area of ​​St Michel in Rouan, a largely working class area with big housing estates. For four months that winter I followed Marco, Raynald, Michel, Eric and the rest. I hung out with them in their bedrooms. I followed them while they visited the ‘Tuffier’ hair salon. I dug in the crates with them as they searched for imported American vinyl at King Bee's record store. I looked on in the parking lots where they repaired their cars. I drank beer and danced with them at the Liberty Bar. For these Americana-obsessed kids, friends, I realised, were everything. These guys were part of an energetic revival of the Teddy Boy movement which dated from the late forties in England, which in turn had its own revival in the UK between 1972 and 1975. The original Teddy Boy movement came at a time of post war austerity as a fuck-you display of opulence and extravagance. ‘Teddy Boy’ referred of course to the long ‘Edwardian’ style drape suits they would wear. The rockabilly scene was a more casual, stripped-down look that referenced the poorer regions of the American South. Some have said that the scene really emerged in Rouan because of the arrival of the Cold War-era US airbase in Évreux-Fauville in the mid-fifties, and the popularity of the Liberty Bar, which had served the needs of the yank airmen and survived right up until the eighties, when these kids were doing their thing. Whatever caused it, there was a lively Rockabilly scene in these parts, and these guys were at the heart of it all. 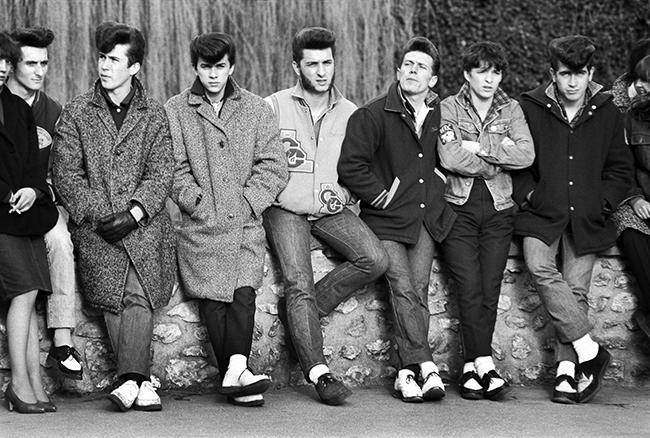 When they weren’t working in the factories they spent their time tinkering with their Simca Versailles and Chambords, which were miniaturised French versions of American classics like the ‘57 Chevy. When they weren’t messing about with their cars they were with each other listening to music — especially classic fifties rock acts such as Gene Vincent and Elvis Presley, but also the stripped-down Rockabilly of revivalists such as Welsh band Crazy Cavan and the Rhythm Rockers. The rest of the time they drank coffee, drank a little beer, practised their best James Dean and tried to get a girl. After a few weeks of spending time with the crew, they would give me the heads up when something cool was about to happen. The sessions at the hairdresser were especially important. Mr Tuffier was the master of ‘the banana’ as they called their quiffed hairdos. Their quiffs meant almost as much to them as their cars. One memorable night they invited me on a road trip with them. After filling up at the fifties-style Mobil gas station at Evreux, we took off on a hilarious drunken burn-up through the streets, Little Richard blaring on the radio. They were a million miles away from Memphis, but it didn’t matter a bit. They were living their very own version of the American Dream. 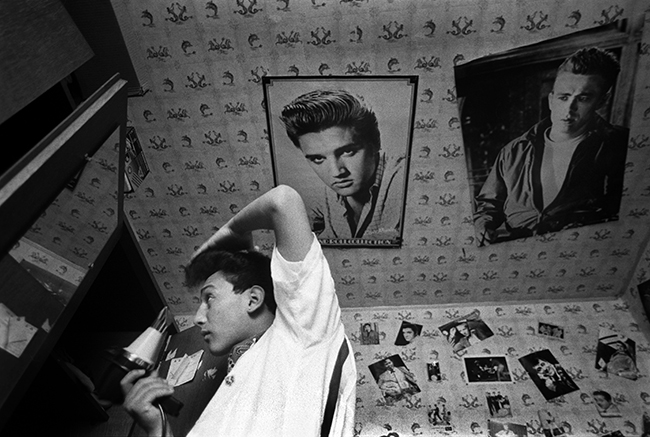 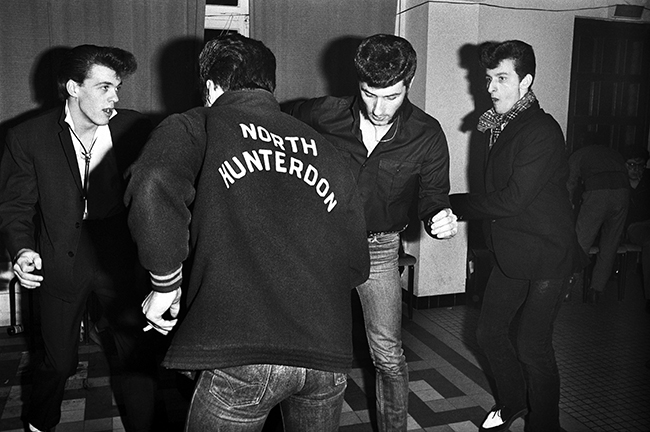 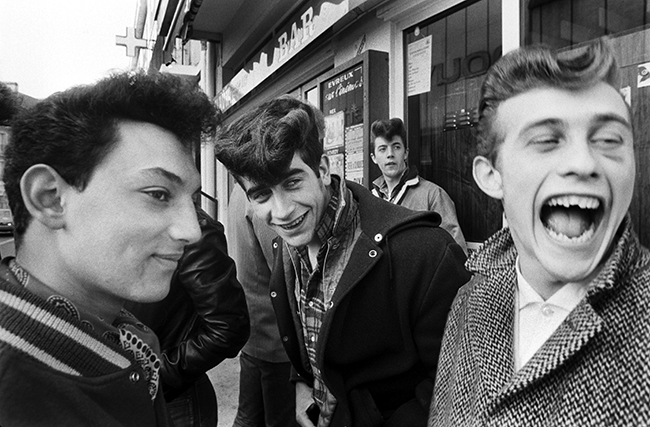 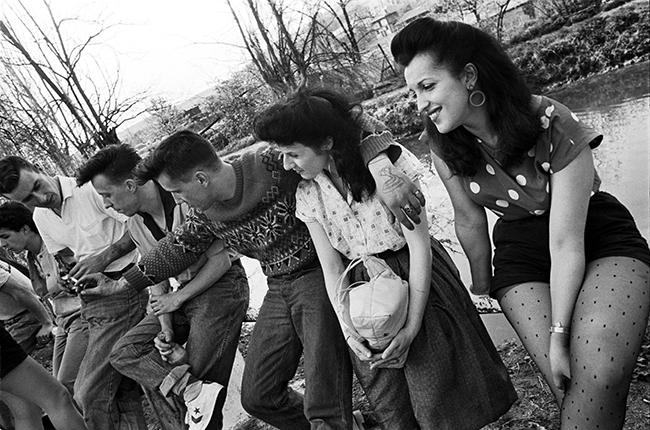