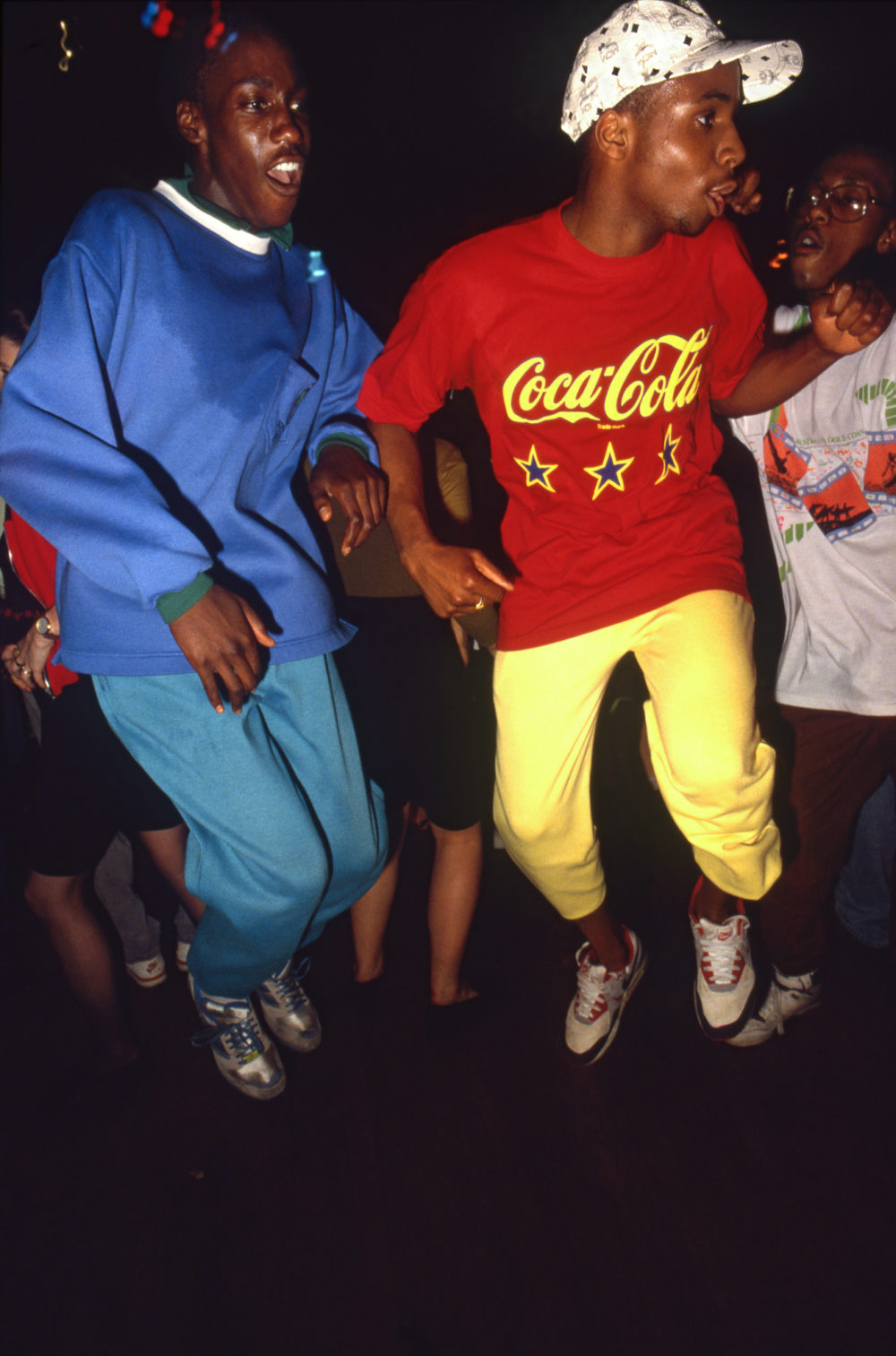 Suburban kids have always defined the true character of the subculture. Mainstream history might suggest it was the sons and daughters of the metropolitan ruling class who made things swing in the 1960s, but in reality the most resonant gyrations were raging in the hips of kids from the outlying environs. The world turns. Generations morph, create and fade. Each leaves its trace. In Britain these traces run deep. Swaggering suburbanites were wearing Ivy League and messing with the field of their cultural expectations right from the start of the thing they called ‘teenage’. David Bowie was one of them. Kids from Harrow-on-the-Hill and Ilford were the real denizens of Carnaby St. Suede-headed and suave and bespeaking from Savile Row the togs that would define their aspirations, these rapscallions were more London than the supposedly ‘real’ Londoners ever were. Similarly when the art-school posturing of the earliest punks began to be paraded along the King’s Road in the mid seventies, it took the Bromley Contingent to really challenge things. From Siouxsie and Billy Idol to souped-up clubland swingers like Philip Salon – so many of the people who would define the way London was consumed around the planet; its resonance, its effervescent and its ephemeral image – were created by snotty-nosed little rascals from the outside of the fashionable London postcodes. 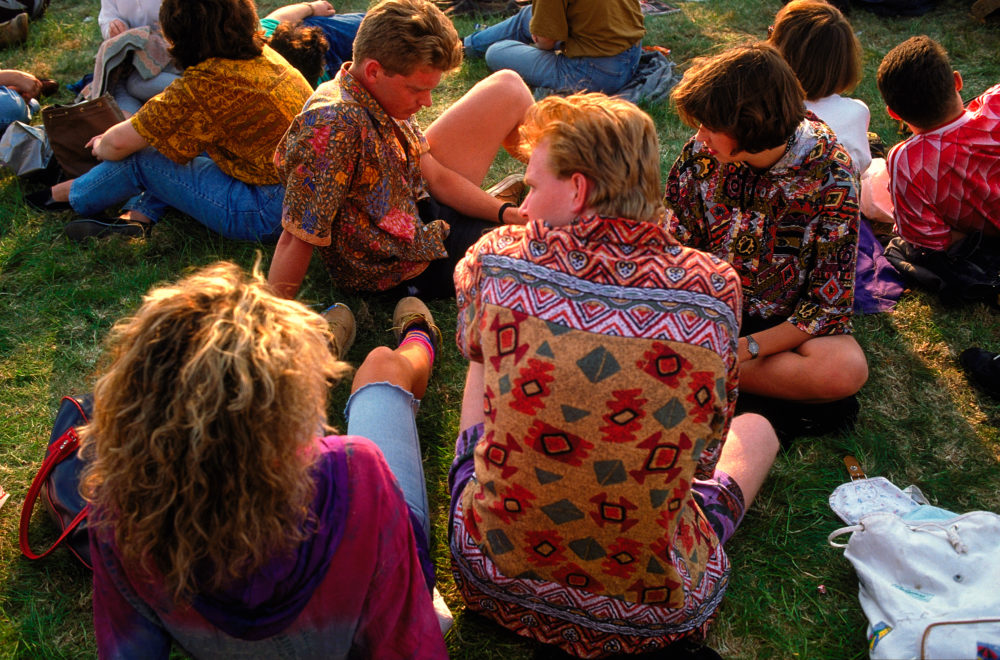 When punk gave way to soul as the defining sound of youth culture, and soul to dance music ten years later – it was again an energetic coterie of suburb-dwelling tykes who ran the clubs, dropped the tunes and changed the times in central London as well as Manchester, Stockport – or Tyneside and West Riding of Yorkshire for that matter. It’s a tale often told, with the details debated and argued over constantly. Here’s another wholly subjective précis: sometime around 1987 a small band of British DJs from these places made their way out to Ibiza to play some gigs and have a holiday. There they met a coterie of Italian club kids – DJs themselves from Rimini and the shit-kicking towns of the Veneto – and discovered with them colourful little pills of ecstasy. But that bonkers holiday romance didn’t end. They bought it back home to the old manor. Boom! Shoom! Bosh! Bob’s your aunty’s live in lover! Things would never be the same again. 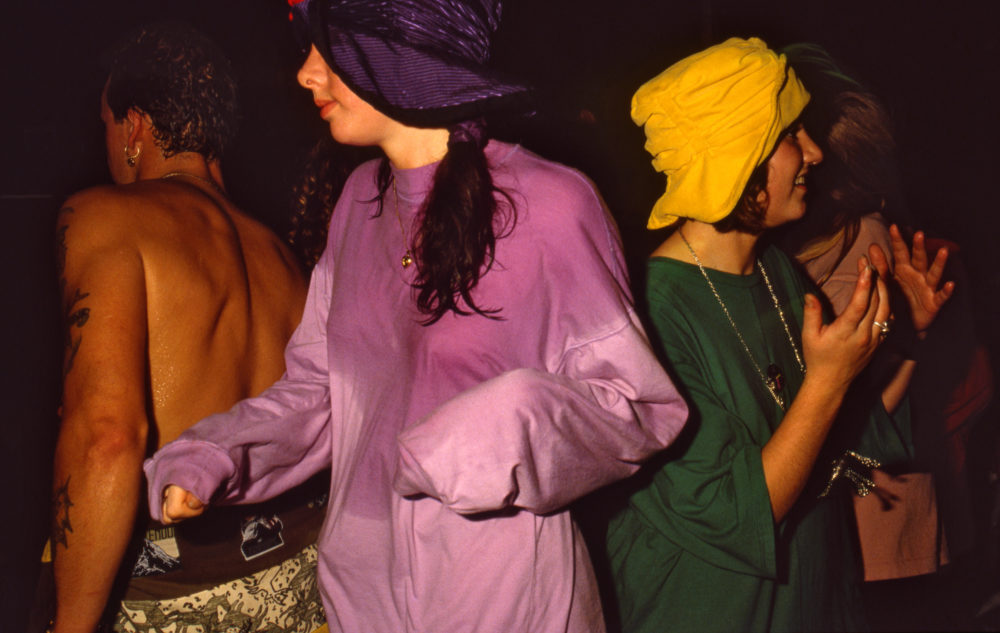 The existing spaces of Britain’s nightlife – from the neon and veneer-wrought discotheques of Sloane Square and Belgravia to the rambling mock tudor boozers out on the A roads – could never contain this amount of lysergically-motored hedonism. The old British hierarchies could not deal with the gurning smiles or the pie-eyes or the long sleeve t-shirts, top-knots and dungarees. When you were out and right on one, all that shit, the who-you-weres, the where-you-froms, where-you-went-to-schools and even what football side you supported was shown to be the bollocks that it was. All that mattered was the music and the people. All it took to change the way you saw the world was a space to dance and a couple of K of turbo sound. 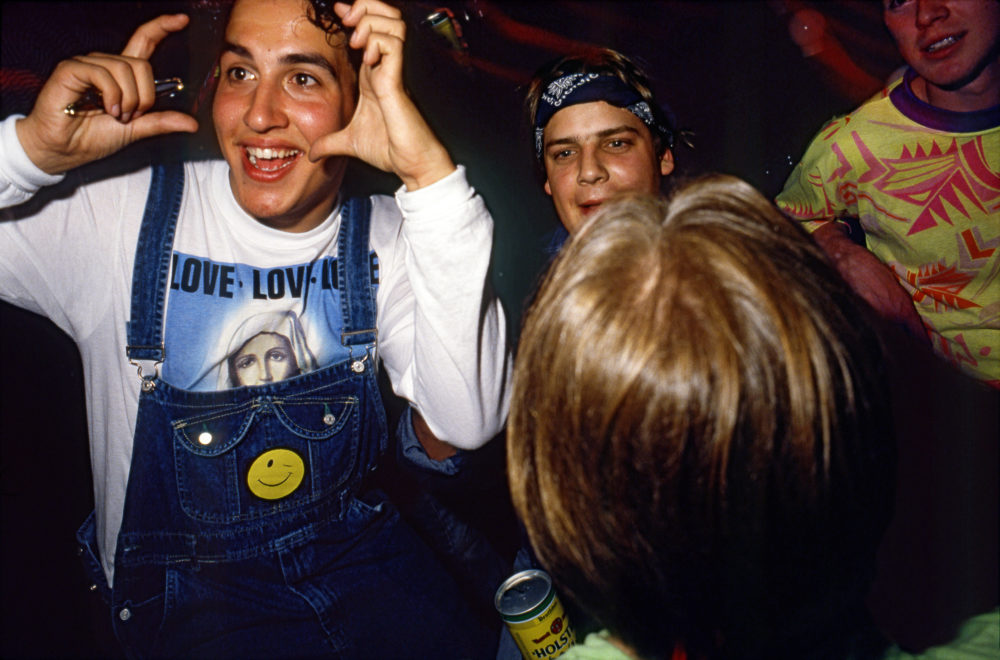 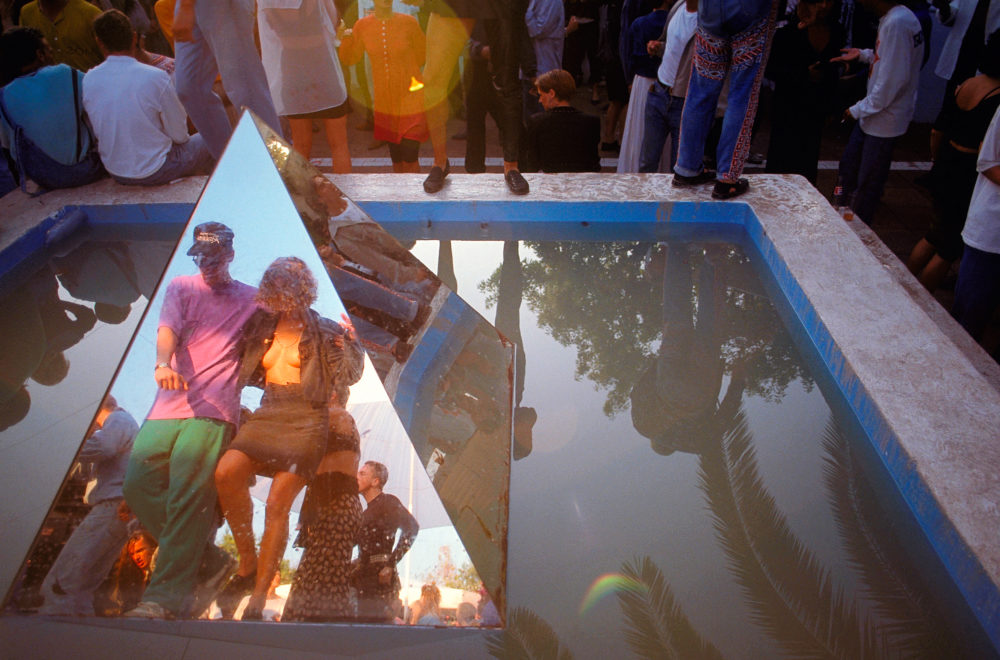 At first under-the-radar venues such as Clink St in Southwark or peripheral venues that gave rise to the Hacienda in the arse end of Salford were the arenas of so much change. Soon it spread to venues in the West End like the Astoria and Heaven on the Embankment – and the mainstream all over the land began to hear the whispered syllables of the Hac-I-En-Duh. But through sheer weight of numbers and the need for open spaces and behemoth sound systems, the kids soon took it back out to the edge of things – taking over abandoned warehouses, burnt out yards and fetid depots around the M25 and their equivalents in the north lands. News was spread via pirate radio stations and word of mouth. You scored a flyer from outside a club with a number. You dialled the digits and at the last moment the location of the rave was revealed on an answering service. This was before anyone had mobile phones and long before the internet. Keeping one step ahead of the Old Bill was all important. It was part of the sport of a Saturday night to screech up to a halt in your mum’s car when you saw a gaggle of pilled-up kids huddled round a phone box on a Hertfordshire bypass trying to get through to the hotline. 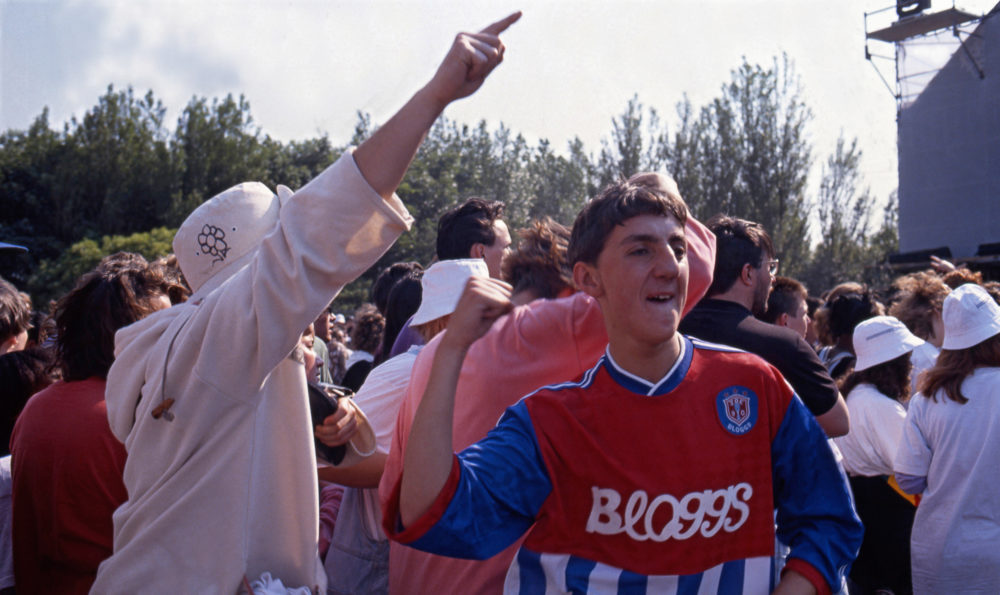 On June 22 1989 10,000 odd spaced out kids were coached to descend on an abandoned White Waltham Airfield in Buckinghamshire. As sun rose on the Sunday, the main hangar’s doors were pushed open to reveal the whole of the culture in its twisted glory. There were only a handful of coppers caught totally by surprise and an even smaller crew of paparazzi to capture the moment. It was indeed, a Midsummer Night’s Dream. 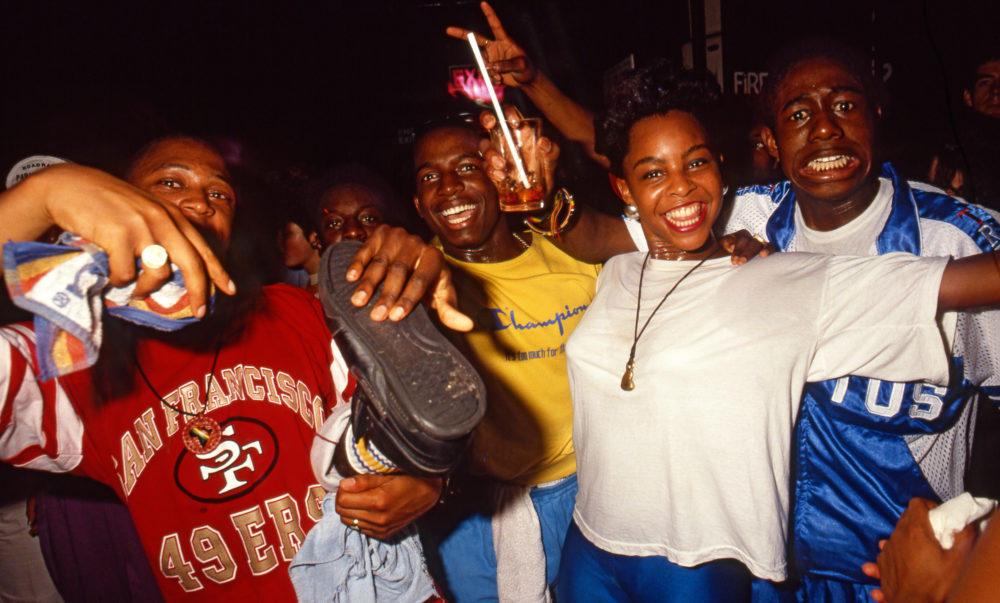 Predictably, tabloid headlines screamed moral panic. A generation of lagered-up soul boys and football hooligans had begun to eschew the deeply entrenched English creed of the football away-day and the eight-pint-and-fight-Saturday-night. What replaced that was an opening of the mind garnished with a kind of twisted euphoria where you realised anything was possible and that England really was changing. It was all about a few hours of blurry niceness cuddling one another on dance floor. This rubbed the Establishment up the wrong way. It divided even the youth. Either you were on one, matey, or you weren’t. The entrepreneurial energy was still there, however. This WAS Thatcher’s Britain after all. It took huge organisational skills to sort the sound systems, bung the bouncers and deal the drugs – and it was only when the margins on pills dropped dramatically through the flooding of the market that a nasty sort of gangsterism took hold. The chaps realised that charlie was a leaner, more profitable product than the happy tabs. Coke and smack began to corrode rave’s fleeting utopia. Parliament soon legislated against gatherings motored by repetitive beats and by the the turn of the decade Acid House and all that it stood for had been recuperated, absorbed, mopped up and gobbled up by the mainstream.
The onward march of development has meant that yellow-bricked housing estates have reclaimed rave’s holy land. White Waltham Airfield now hosts Learjets owned by the corporations in the M4 corridor. Another generation of kids from the suburbs rediscovered their guitars and were whining into their mics like rock stars again and the inner city spaces that changed everything forever are now high-rent creative suites staffed by tech companies. But stroll by them some time. Listen carefully. You just might make out the echoing pattern of four-to-the-floor. 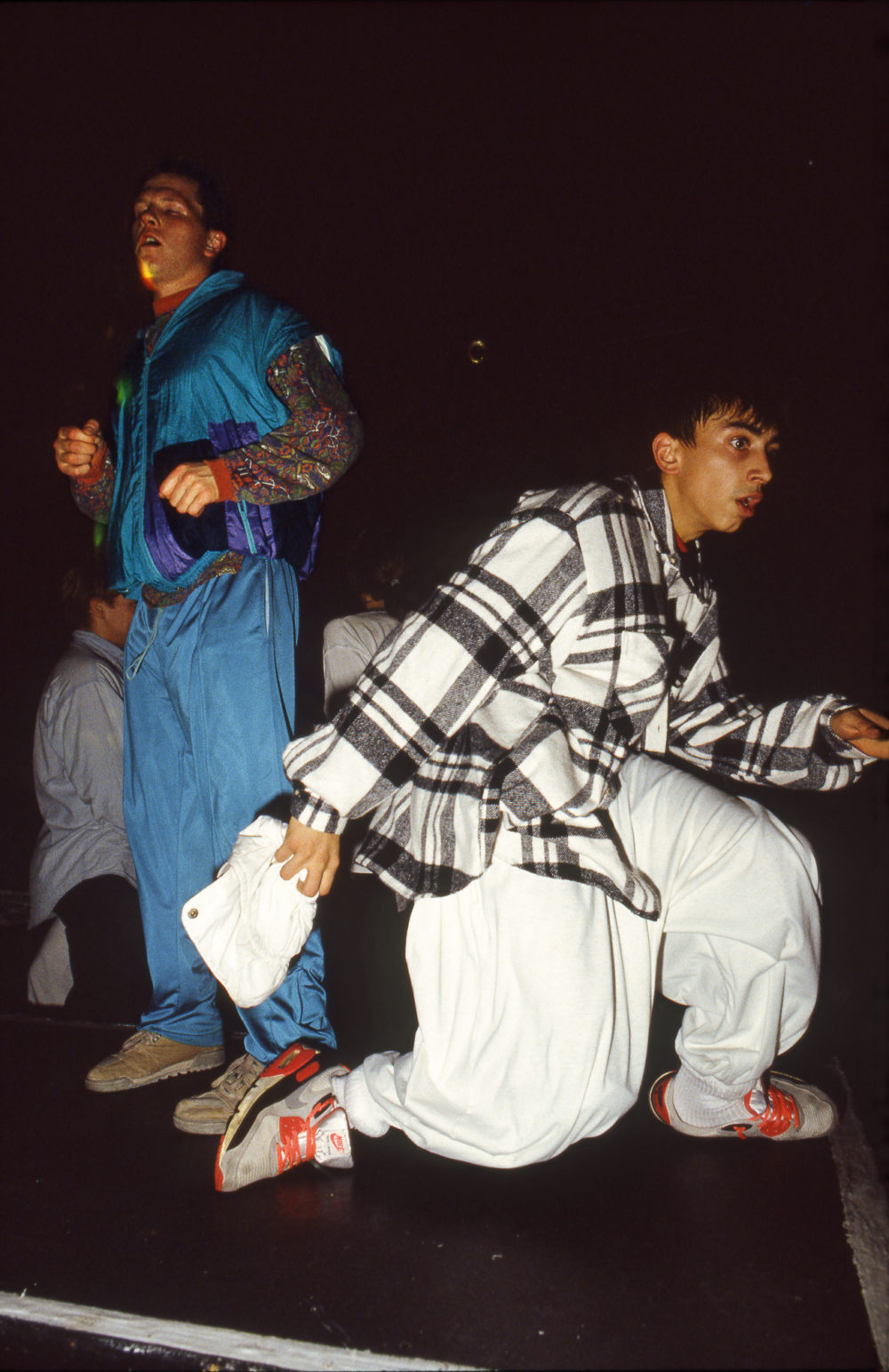