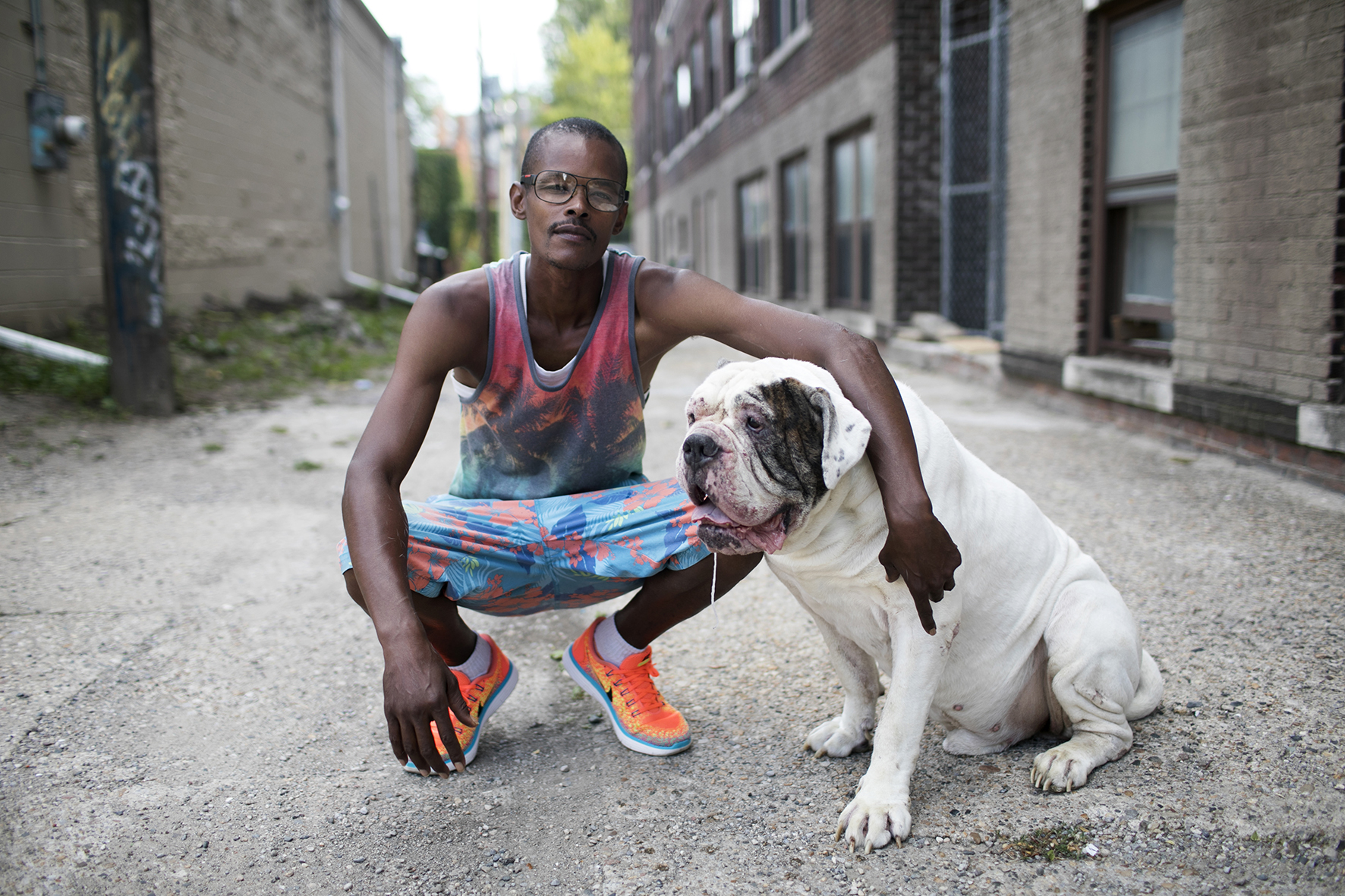 Words: Scott Popper Photography: Maddie McGarvey
The Rust Belt has become a bit of a thing these last few years. The term refers to the constellation of cities that form a ragged arc around America’s once invincible industrial heartland. It has been seen as the seedbed of Trump’s freak politics. It has been cast as a weigh station of America’s final fall from grace. It has been tagged as an harbinger of an apocalyptic future. But the reality is far more complex… Rust Belt cities like Pittsburgh and Philadelphia; Cleveland and Columbus; Akron and Detroit — have become bywords for all that went wrong in the story of America. They were once the motors of the American century before the rapidly evolving, constantly shifting economy of globalisation changed everything. But for all the stories of endemic drug dependency, gun crime and racist policing — there is a story in mirror image of resurgence, renewal and DIY hustle that’s creating culture anew. 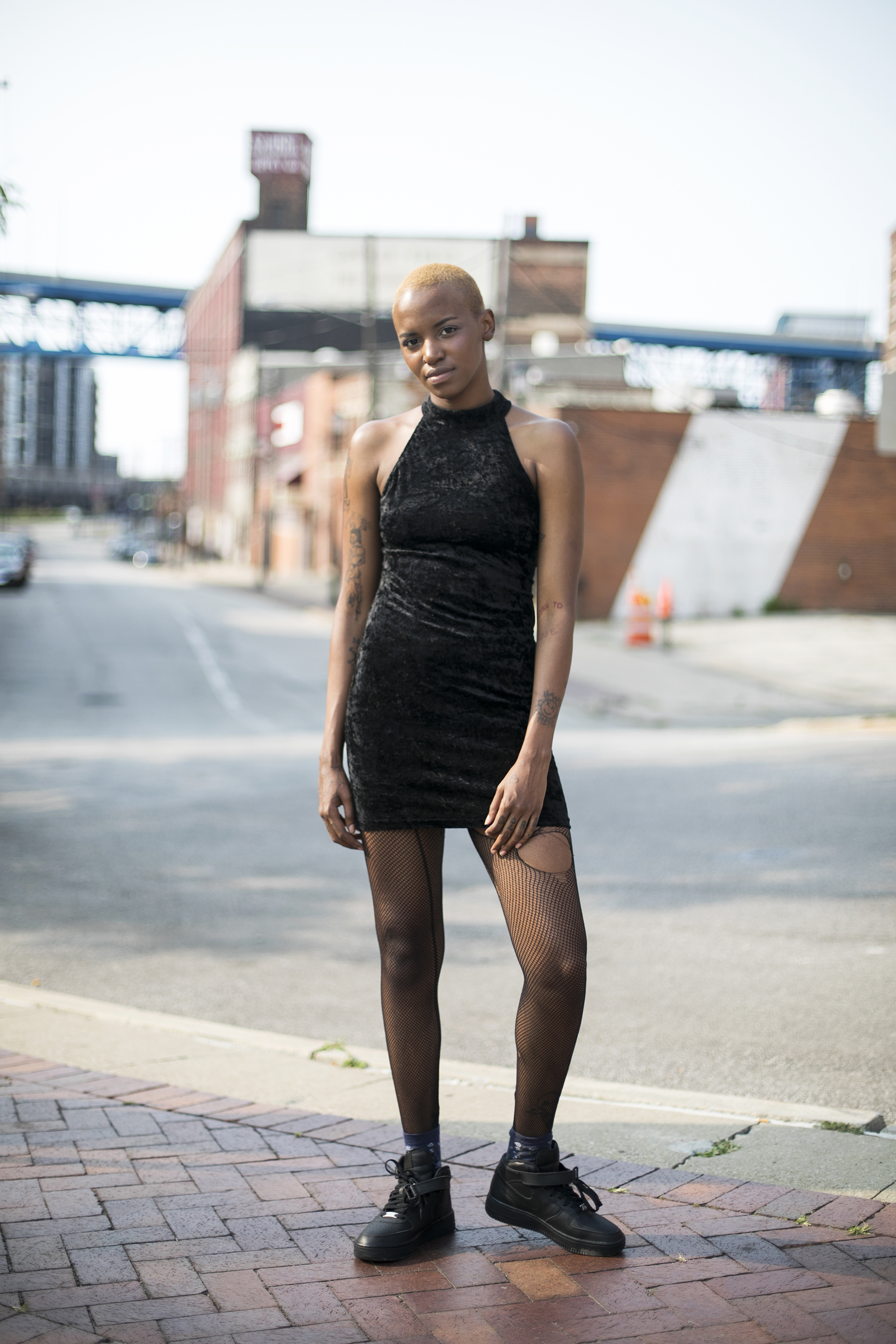 “When my dad was my age he was a top salesman for IBM driving an Audi,” says Kitty Myricks from Cleveland, Ohio. “I didn’t take on this straight edged kind of life,” she says. The 24-year-old is, like young creatives all over the world, taking her time to find out how she fits into the new world. “Growing up in Akron, Ohio was frustrating,” she says. “But things began to flow when I moved to Cleveland when I was 18. There are just so many more people here like me. I went to fashion school for two years but dropped out because I realised I could do it all on my own,” she says. And that is what she did. “I’ve always been into the punk and hardcore scene here in Cleveland. We explore abandoned buildings, put on shows and parties, do photoshoots. We make zines and are rebooting our own website later this year,” she says. Are there particular challenges in this place, in these times? “I’ve been a starving artist before and got tired of not getting paid for my ideas,” she says. “I just want to be able to share my creativity and my ideas. It’s probably a similar challenge to that faced by people everywhere.” 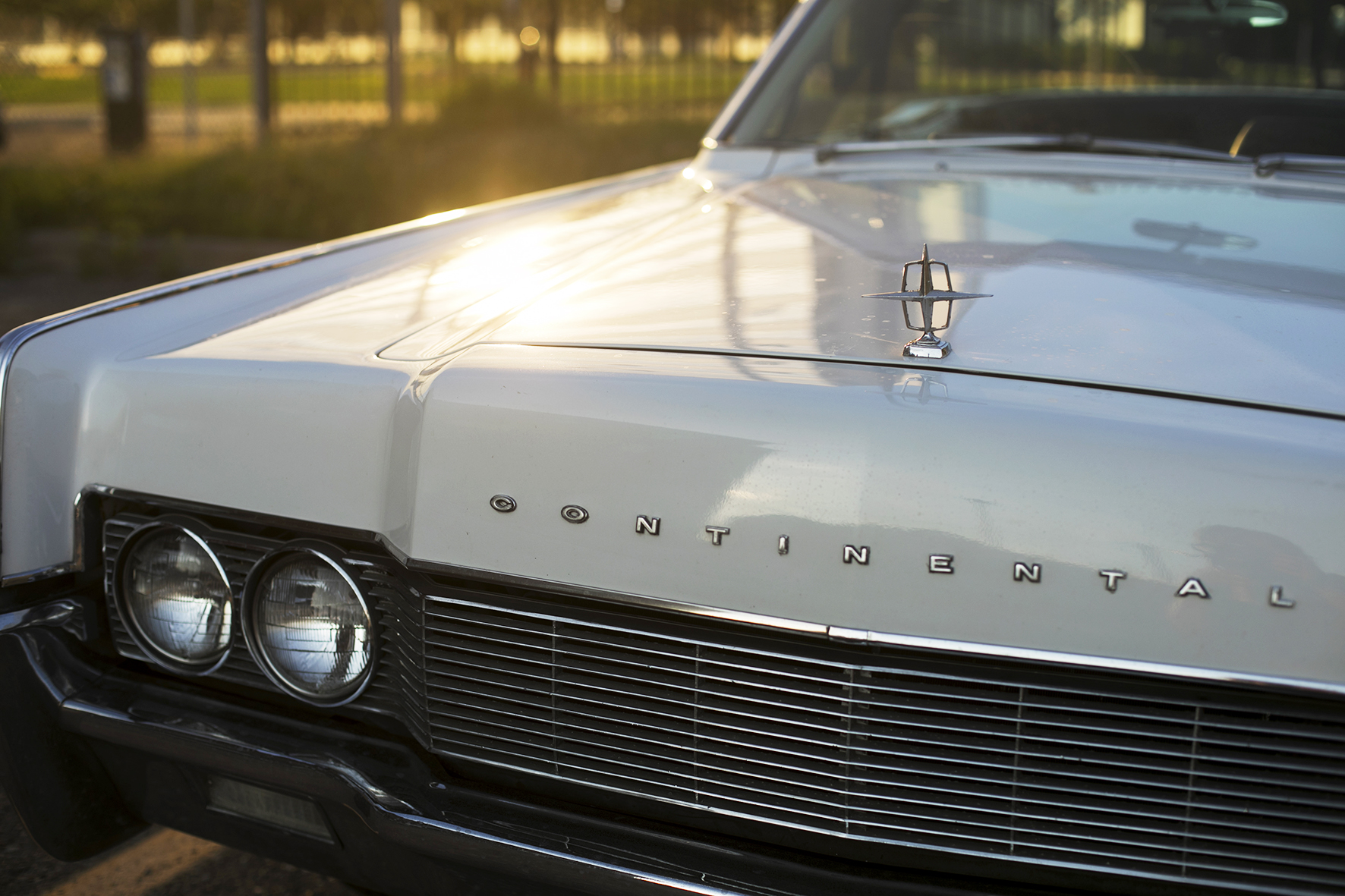 This region was once the motor of the greatest economic boom ever seen on the planet. World War 2 not only created a baby boom and a supercharged American economy — it created a nation in love with itself and its self-produced image. That narcissism was infectious. We all fell in love with that America. Who could blame us? It had created Jazz, blues and Hollywood. It created a Rock ’n’ Roll and a kaleidoscope of countercultural alter-egos. It created an endless stream of powerful myths. That romance lives on despite the complex reality of contemporary America. 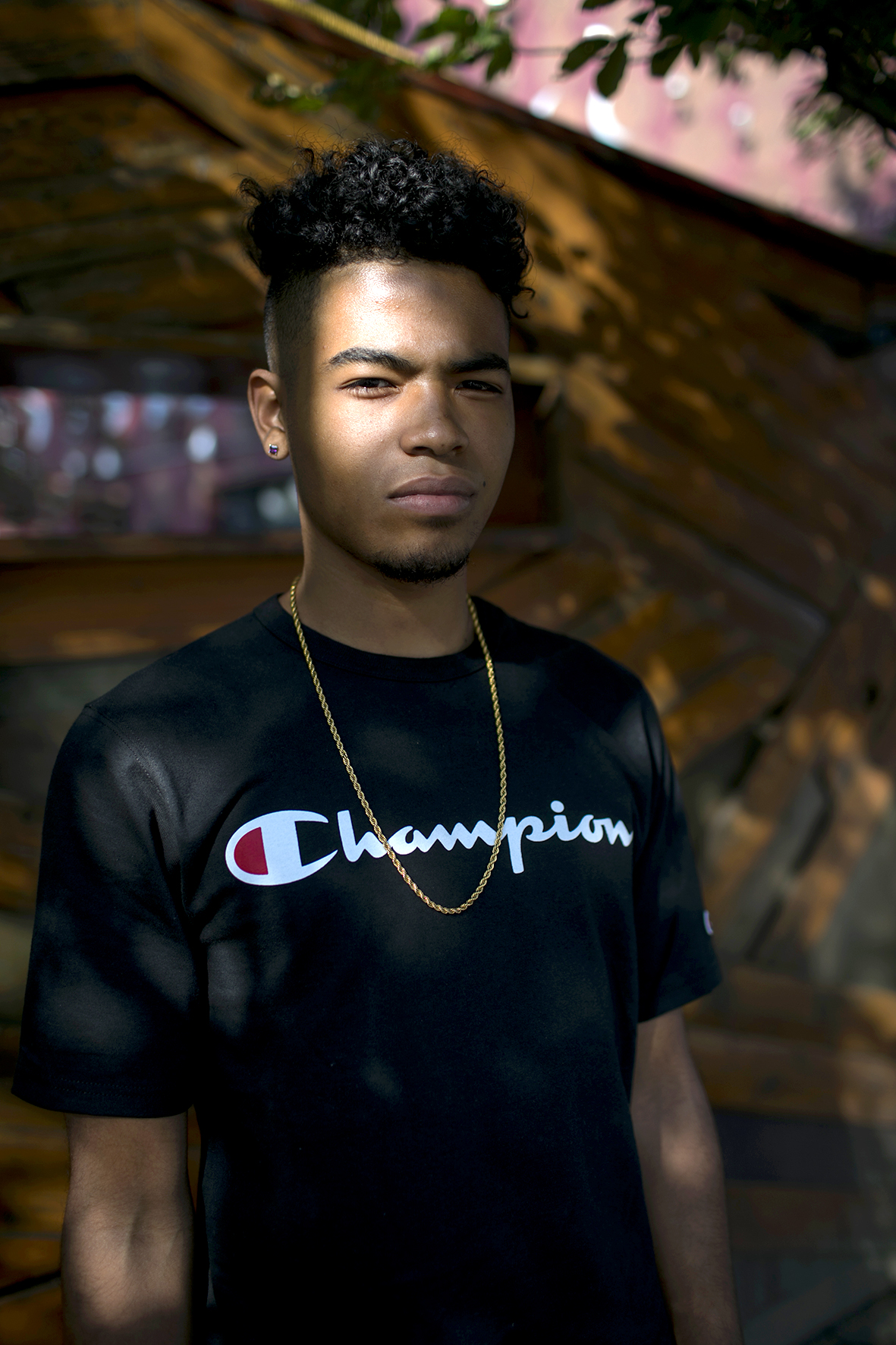 Photographer Maddie McGarvey lives in Dayton, Ohio and has an intimate relationship with the complex reality that is the American Dream. When she set out to photograph young people that define the Rust Belt’s reality, she wasn’t surprised by the accommodating, upbeat response she encountered. “Everyone I photographed was lovely,” she says. “There is a certain Midwestern friendliness that makes approaching people easy, but everyone I photographed was excited to have their city and style represented. There is a lot of local pride here and being from this region myself I enjoyed getting to know more people who love it as much as I do,” she says. Could the term ‘Rust Belt’ itself, then, be part of a problem? “I think the term Rust Belt can have a negative connotation, but in reality these cities run deep with history and are thriving again.”
“Rust Belt cities have seen their fair share of struggle, decay, and hardship, particularly when the manufacturing and steel plants shut down, but in the last decade or so there’s been a huge push to revitalise. There is a deep sense of pride from people that live in the Rust Belt, and its residents are always pushing to make it a better place to live.” As a native herself, what is it like to constantly breathe the air of America’s post industrial heartland? “Living in Columbus is amazing. The rent is reasonable, the people are friendly, and there’s a tonne to do,” she says. “It’s a hidden gem of a city. Where I live, a mile south of me there is a shuttered steel castings plant, but a mile north is a thriving, well populated area with all the restaurants, galleries, and shops you could need. People are reinventing abandoned factories and turning them into artist galleries and venue spaces. It’s very cool to watch and experience. It’s a big enough city to not get stifled, but small enough to form real relationships with a lot of different people.” 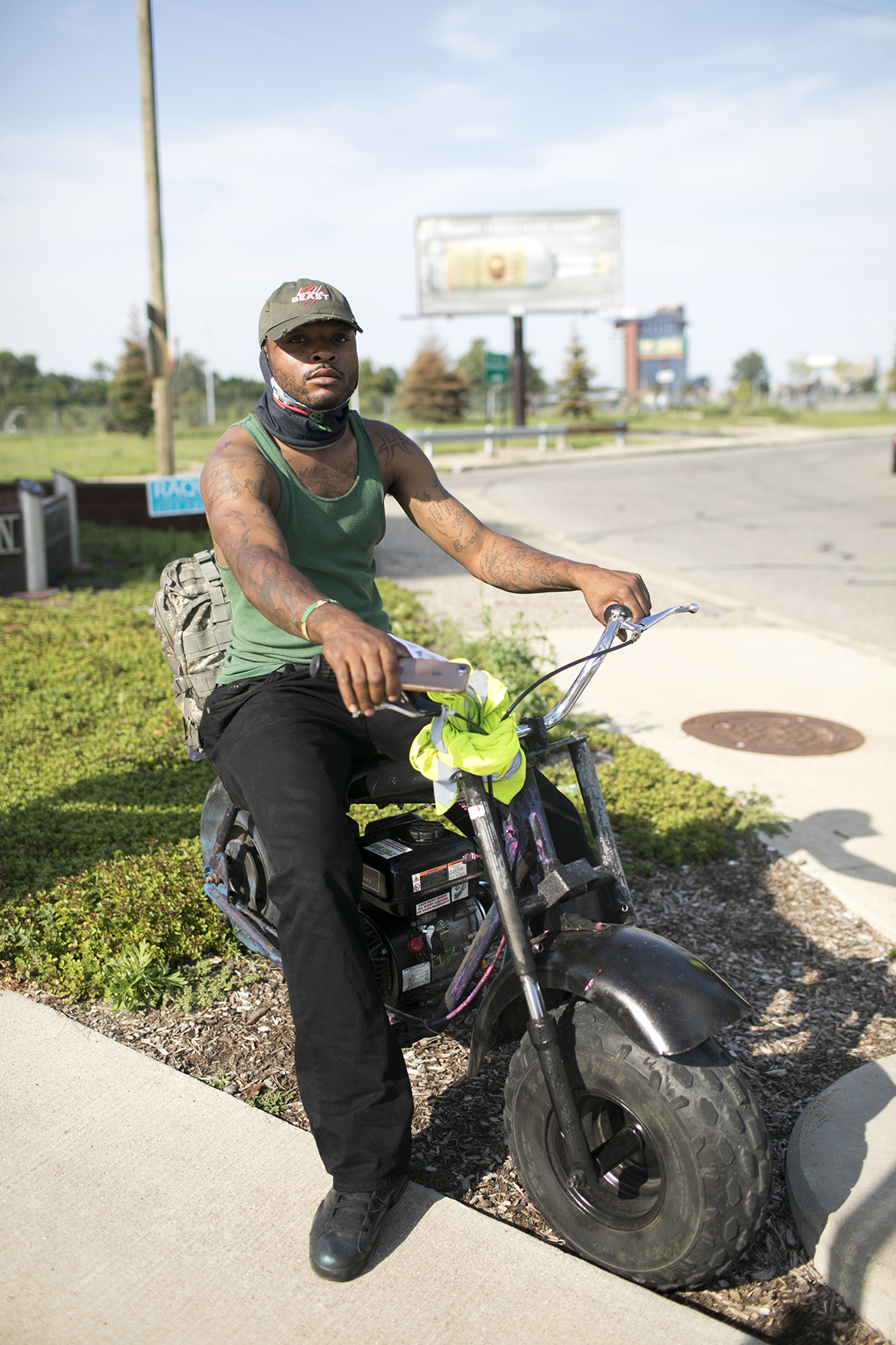 Cities like Columbus, Dayton and Akron were cities built to service Detroit. The biggest, baddest and most charismatic of the Rust Belt capitals, while ‘Motortown’ gave rise to some of the greatest pop music ever to grace a slab of vinyl. Launching in January 1959, the Tamla Motown record label arrived as the civil rights movement was gaining pace. This was a black-owned, black-focussed business at a time when segregation still blighted much of the American hinterland. Motown founding tough guy and ex-car-factory worker Berry Gordy’s vision was to give boom time America what it needed — a cultural factory that would match the car plants in their raucous energy — the motor of a driving, joyous groove that could encapsulate the optimism an endlessly booming economy creates. Whilst retaining its independence between 1960 and 1969, the label had no less than 79 Top Ten hits in America — including names that continue to resonate like Stevie Wonder, Diana Ross, the Jackson Five and Marvin Gaye. The Rust Belt’s cultural power was as enormous as the economic strength it wielded. The obsession with the music and style of America’s youthful working class is a motif through so many UK subcultures — but it has of course resounded worldwide. 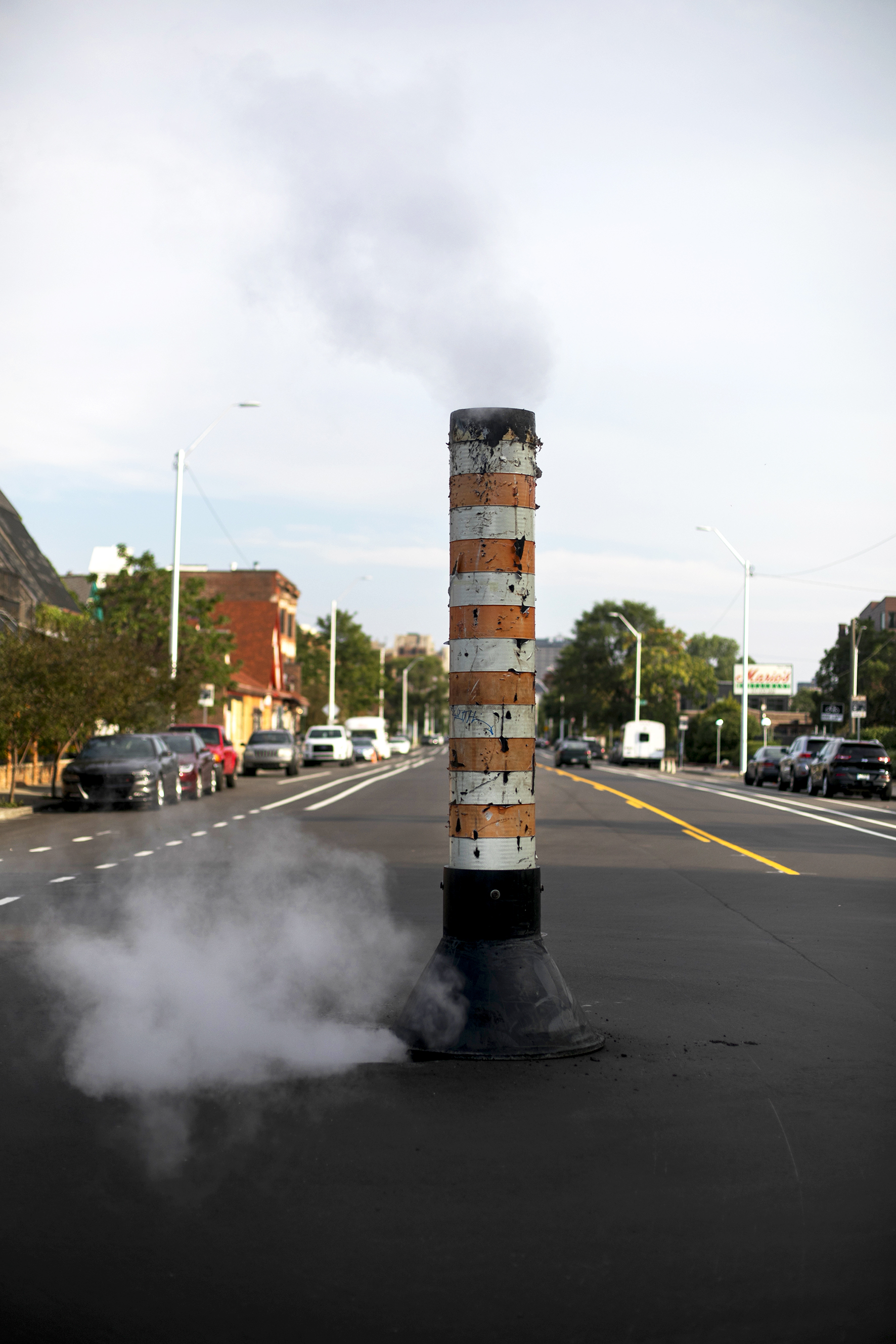 Shelby Stephens grew up in Dayton, Ohio and now lives in lively Columbus. “Dayton is super old and grungy. I love it and miss it but it is decaying, really,” she says, “though I can’t discount the thriving indie art and music scene in my home town. They absolutely rip.” Like Kitty, Shelby was disillusioned with the offerings of mainstream education. “I was studying Graphic Design but hated all my courses,” she says. “As someone who loves fine art it really wasn’t a good fit. The thing with my generation is that we have to adapt. We all want to be comfortable, to be creative. We just have to find new ways to do this.” 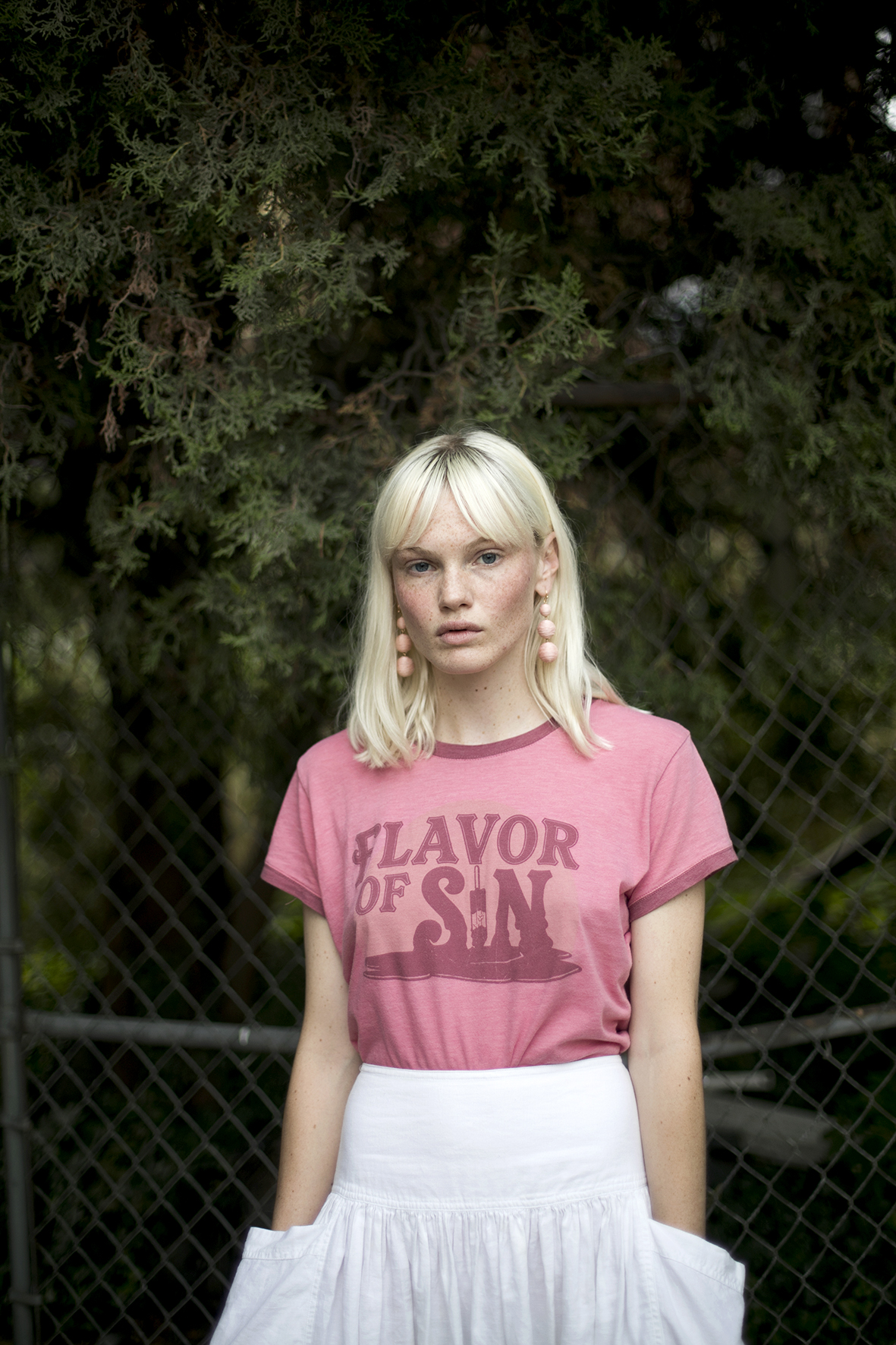 Maddie McGarvey’s images were shot for Spaces In-Between between Detroit, Columbus and Dayton, Ohio in the late summer of 2017; almost a year since the Donald Trump election victory. Trump’s ascendency to the Presidency was shocking to some — but for many it made sense. So much disillusionment. So much frustration. So much energy redirected away from the sort of mainstream politics that had failed America’s heartland. Maddie’s images are a litmus for the changing times.