In The Zone – Cosima 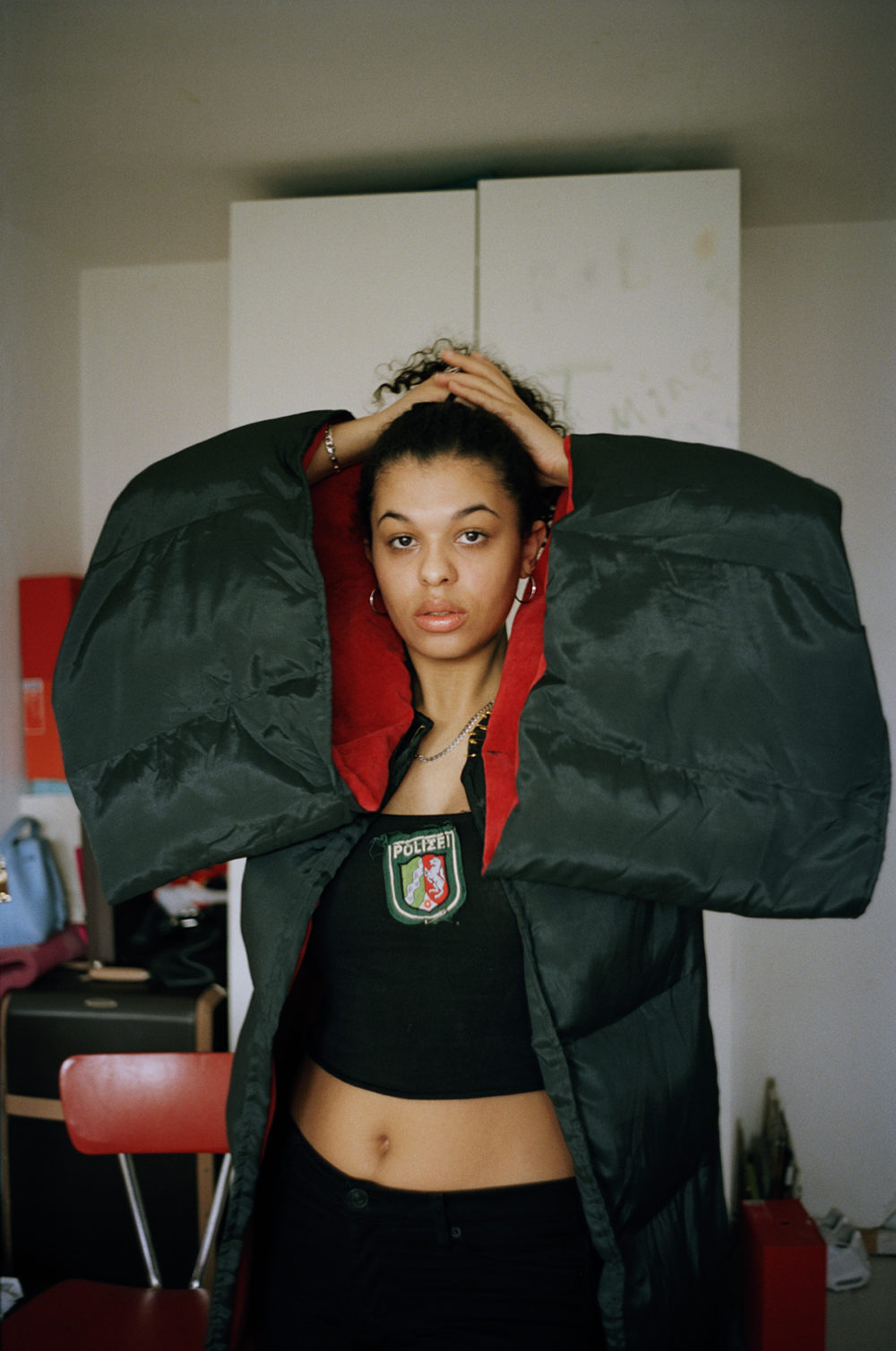 Soulful Peckham-born singer Cosima is making a name for herself on the global stage with comparisons to the likes of Sade, but it’s in her childhood bedroom that the artist feels the most inspired to create. Singer, songwriter and director Cosima first bubbled onto London’s music scene last summer with her double-edged track, ‘Had to Feel Something’.  Beneath the outwardly poppy sound and Vaseline-slick visuals, Cosima’s self-penned lyrics spoke of something deeper: “You’ve turned this city of millions/Into a dead-end town of one/And every day here’s a Monday/With no hope of Friday while you’re gone.” In the months since the release of ‘Had to Feel Something’, the 23-year-old vocalist, now signed to Island Records, has put out a trail of songs leading to South of Heaven, a bittersweet visual mixtape intimately charting heartbreak in all its stomach-wrenching pain. Cosima seems older than her years, and every bit as direct as her darkly beautiful vocals. Maybe because of her voice, or maybe because of the raw honesty beneath her lyrics, she’s already being compared by press to her musical influences in Nina Simone, Billie Holliday and Sade. “It was an accident,” Cosima says, when asked how she discovered her idols. “I found an Ella Fitzgerald CD at the library and I liked it, so I kept going back to that section and borrowed every CD until I had borrowed all of them. All music is so connected. You link up the dots.” The childhood bedroom where Cosima grew up, housed in a concrete tower block behind Peckham’s famous Rye Lane station, is where the artist spends most of her free time. “I don’t really hang out with friends at the weekend, I just stay home and focus on music,” she says. “London is insane so I may as well stay at home.” This is the Cosima that exists in that intimate, creative space. 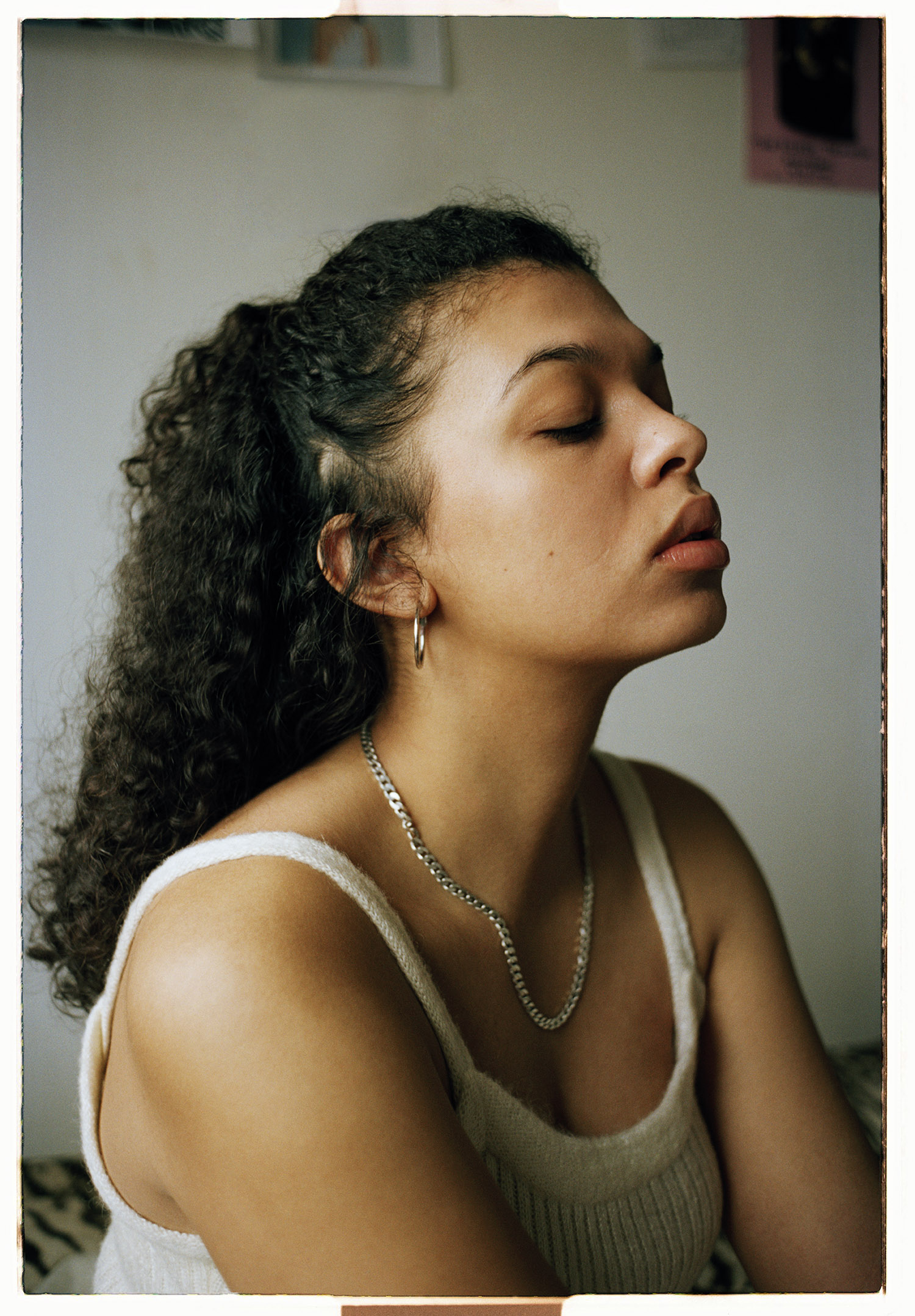 You’ve lived in this flat since you were a child. What was it like growing up here? My siblings and I had a funny upbringing. We spent most of it in the house or in libraries because we’re quite a close family. I didn’t really hang out with friends that much, it was more just me and my mum and my sister. I remember me and my sister standing at the window watching cars on fire outside. Kids don’t do that anymore. It was definitely different in Peckham when I was growing up. I didn’t like to go to certain places by myself. Which came first, singing or songwriting? I started singing first. I sung a lot of jazz and classical. Then, when I was 18, I moved to my grandparents’ house in Germany, to a village way outside of Stuttgart. That’s when I took classical music lessons, and when I started writing. Why did a teenager from Peckham decide to move to a remote German village? I was at The Box [nightclub in Soho] and there was this woman in the toilet who told me: “I have money and I have friends, but I don’t have kids and I don’t have anyone who loves me.” It was like the universe sent me a woman to cry at me in the toilet. I didn’t want to be her! I called my mum when I was on the bus and told her all I wanted was a one-way ticket to Germany. So what was that year in Stuttgart like? It was quite lonely apart from my family there. After a year I thought it was probably time to come back to the real world and try and pursue a career: there was only so far I could build a career in a small town! 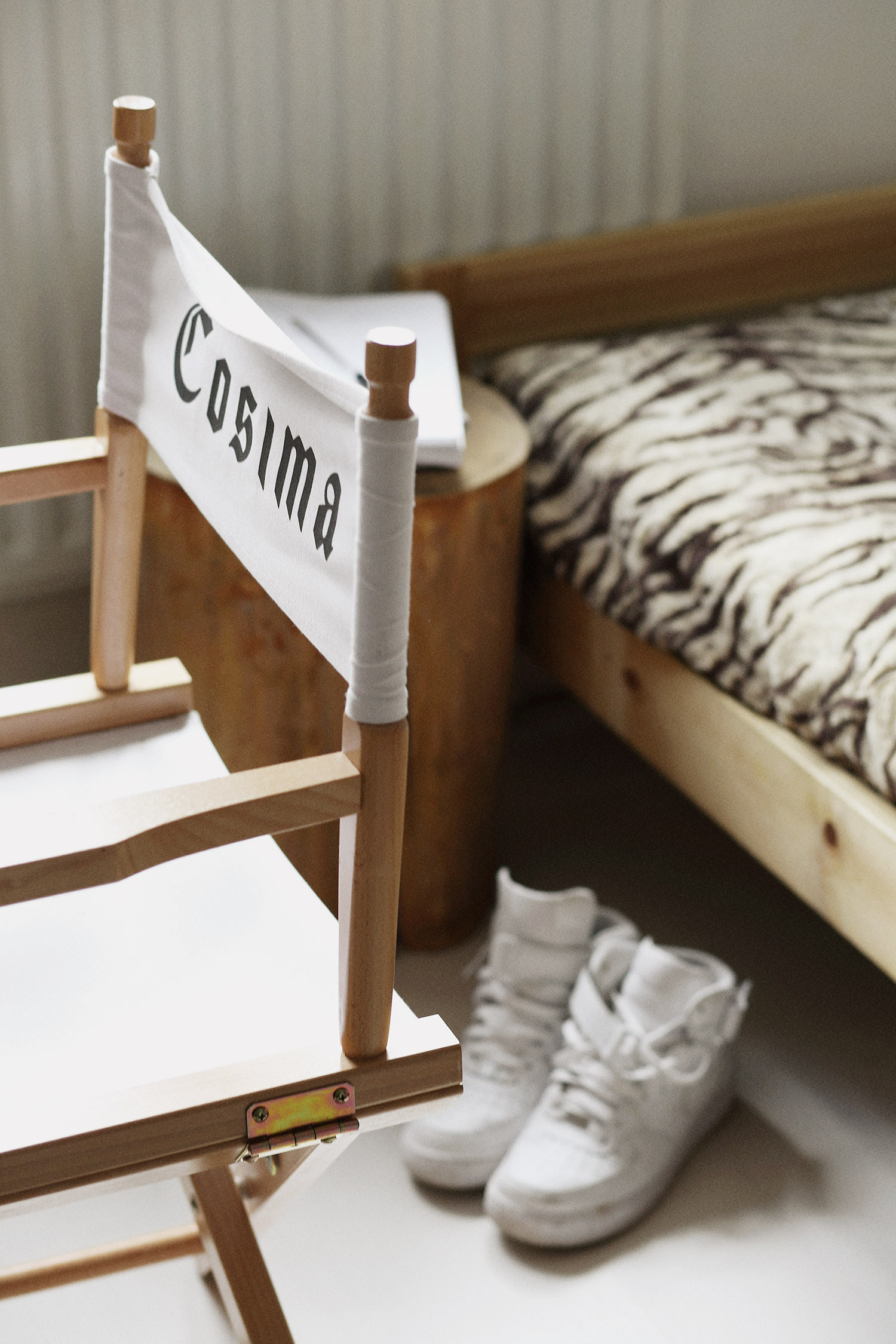 Were you homesick too? It’s funny. I feel happy in Germany because that’s my second home, it’s where my family is, but at the same time, when I come back to Peckham there’s a very specific “home” feeling. Everywhere around here has been part of my life in some way, even walking down the canal. I’ve walked up and down there with my mum a lot and had really important conversations with her. Knowing that this decision was made here, this feeling was had here — I think that’s really special. Does the area influence your music at all? When I first got signed, everyone had preconceptions about what a mixed race girl from Peckham would want to sing or sound like. I think it’s interesting to see that people are surprised by my pool of reference because I’ve never seen it like that. I’m from Peckham, I look how I look. What have you learnt in the three years since you signed to Island Records? I think compromise is really important. When someone is coming to you with constructive advice you have to take it — I learned that the hard way! I think the only way you can learn is by doing something and fucking it up. You know in your gut when you’re right and when you need to take advice from someone else. Where do you go to write music? Here in my bedroom, or I go for a walk around London. When I was a teenager I did a lot of night walks around London. It’s nice when it’s quiet. Do you have any rituals to help you get into a songwriting mindset? When I write, I’m already there. If I don’t have anything to write about that’s mine and that’s emotional, then I’d rather spend time working on the production of songs and come back to it. For me, the more I feel it, the easier it is to write. 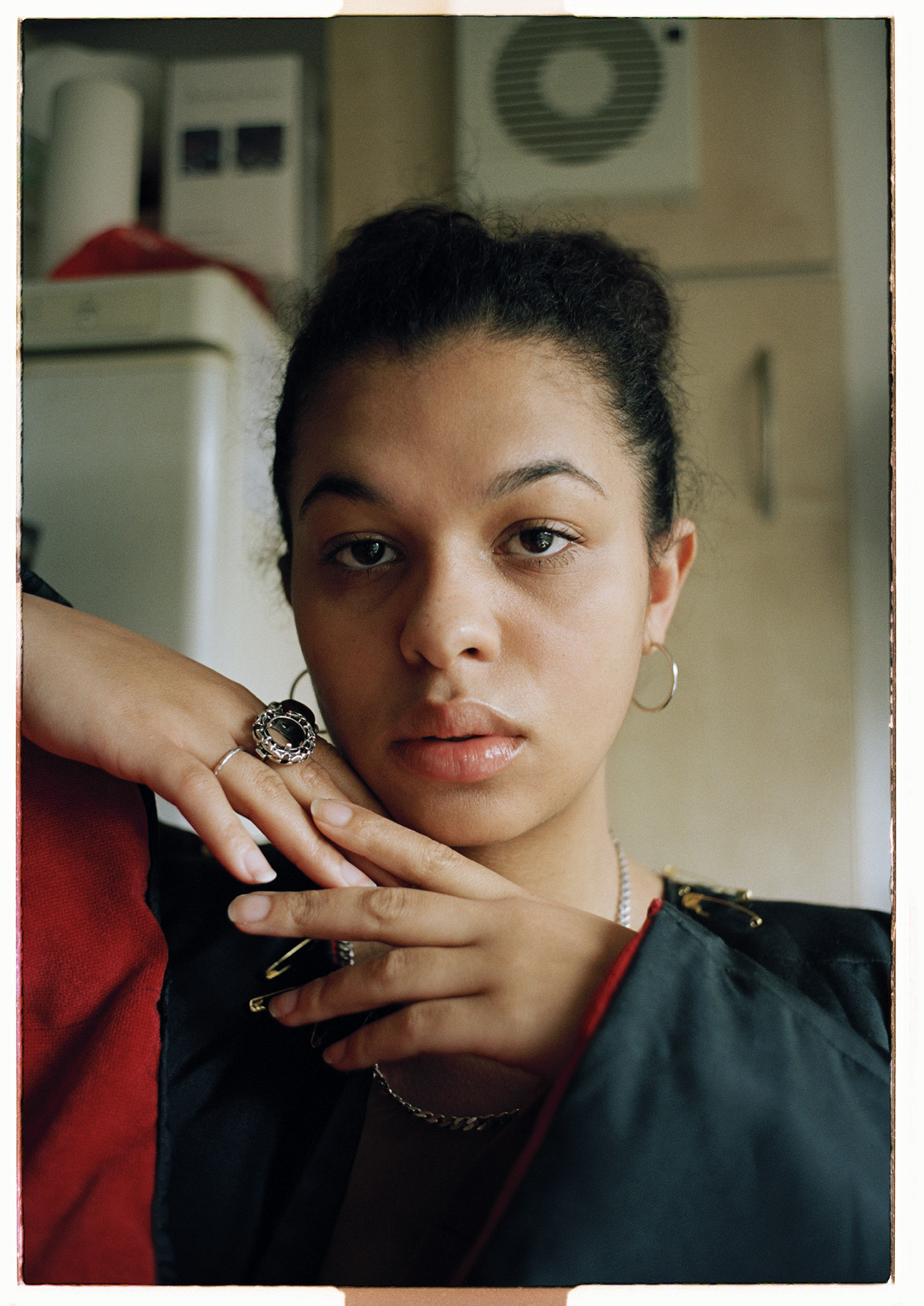 Do you ever worry you’re going to run out of experiences to write about? I always wonder that because with directing the videos too, sometimes life doesn’t happen. I’m in a session, writing a treatment, writing a shot list, editing, so sometimes I don’t go out, I don’t see people and I think fuck, what’s going to happen? Am I not going to have any more songs to write? You’ve got some live gigs lined up with Ray BLK. How does it feel performing songs that are so personal to you? When a song is on the radio it feels distant — I can hear it in parts — but when I sing in front of other people, I’m actually telling them the story, so it hits me twice as hard again. If there’s someone in the room who understands the feeling I’m singing about, that’s when I cry. How does directing differ to songwriting in terms of your mindset? It’s a calmer version of the songwriting mindset. The song is the most difficult part, the part when you have to get it out but also put it together in a way that makes you happy. The video is like the after party. 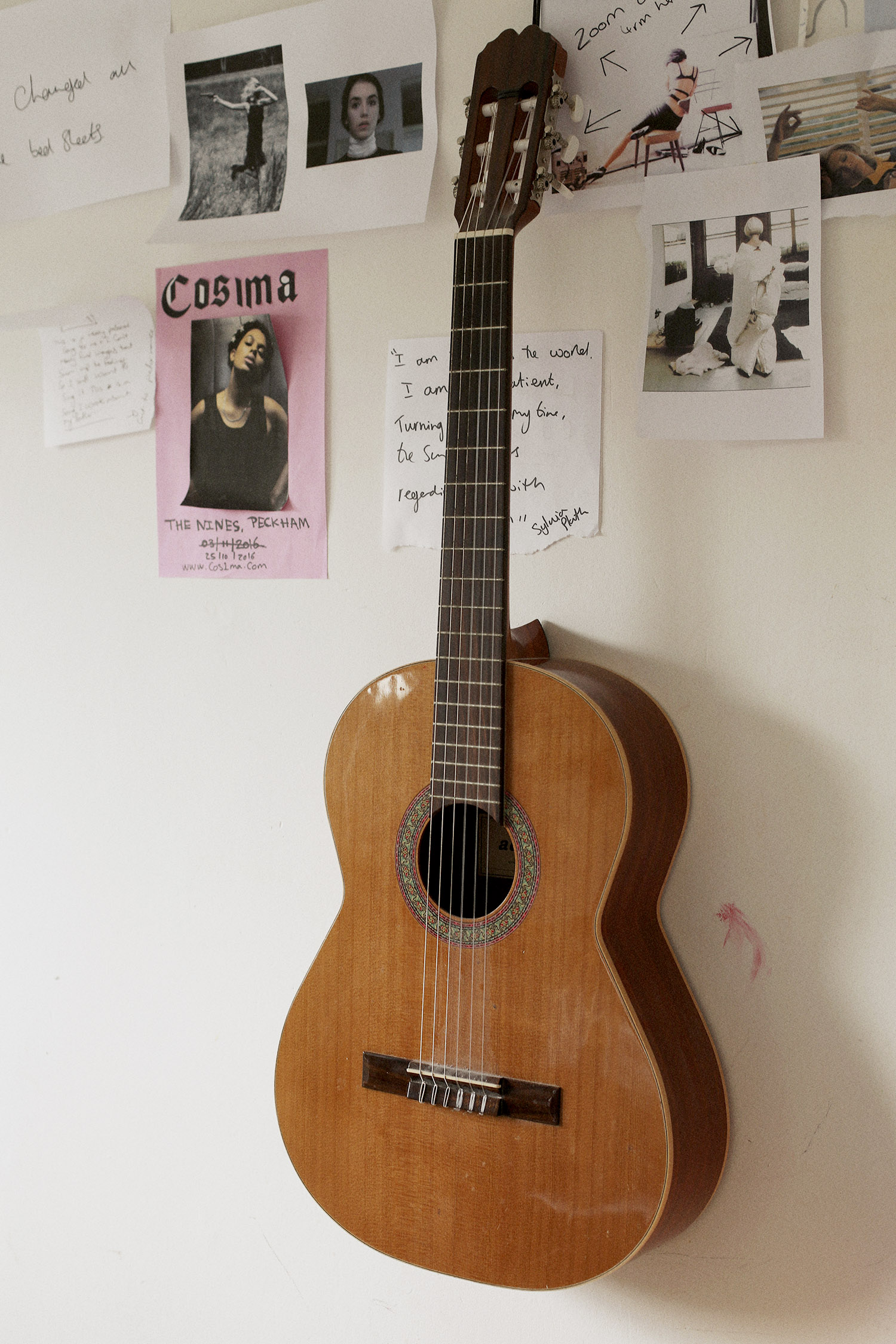 Taking on your own video direction from scratch must have been a big decision. Where did it come from? For me, it’s disrespectful to the song to put a video with it that I’m not happy with. I am the way I am and I’m not very good at not being that, so for me it was more necessity that made me direct. With so much control over your output as an artist, do you ever get overwhelmed? It can be very tiring! It can get to the point where I’m wondering how I can get stuff done. Home is where there are people who I can sit down with and talk to, a support system. Home is the place, but it’s most importantly the people.