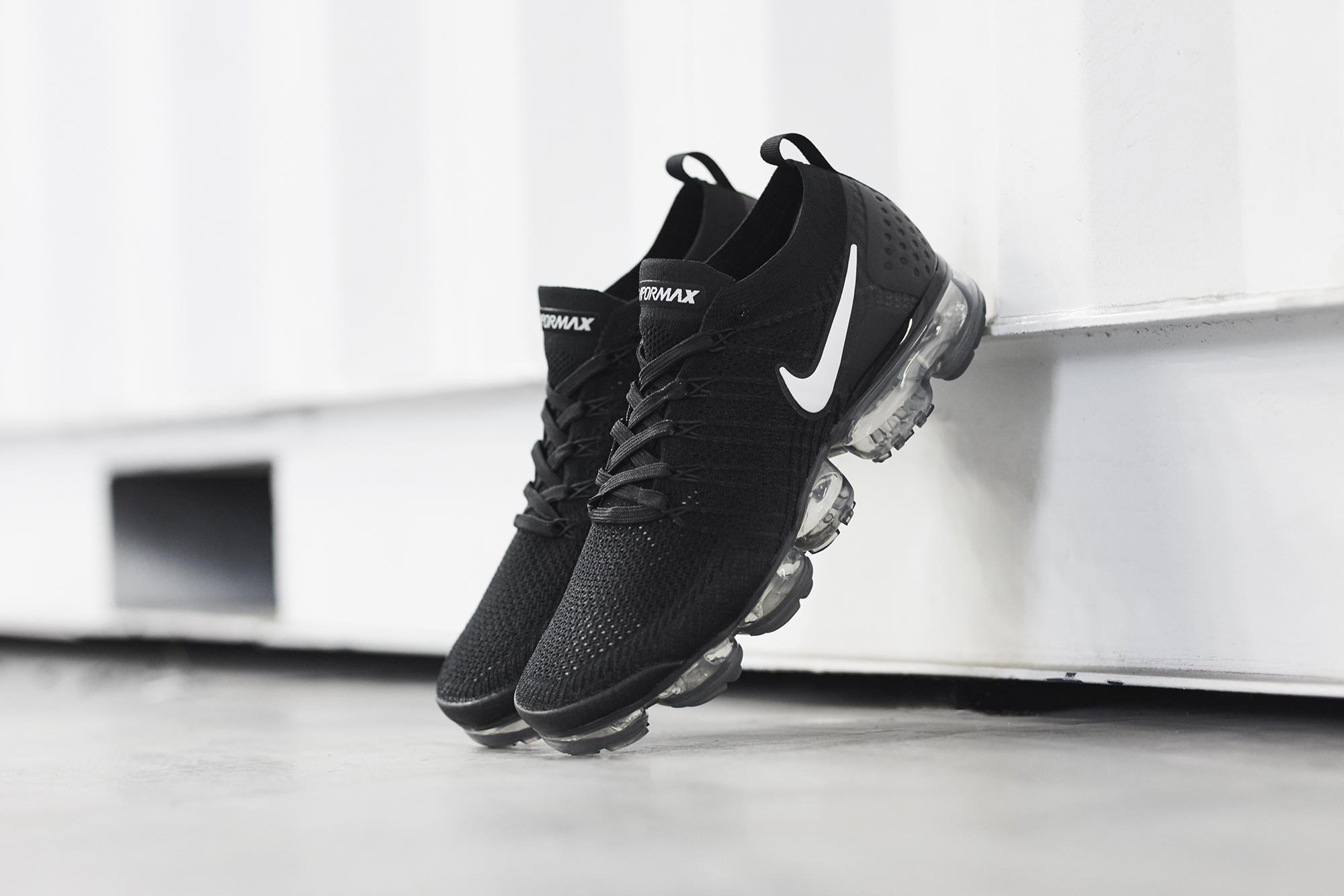 26th March will see Nike’s Air Max Day honour the game-changing midsole that propelled footwear design forward. In the lead up to the annual event, Nike are releasing an elevated version of a silhouette which epitomises the innovation of Air technology; the Air VaporMax 2.0. Aiming to stand apart from its predecessors, the VaporMax was formed with the idea of using less air, more efficiently. With the aid of pressure maps on the foot, Nike’s designers identified the precise amount of Air needed to support a runner’s step. Building on that technology, the team formed a tread patterned outsole which performed like small pistons; with each of its lugs being pushed into the Air unit and releasing at step-off for that energy-responsive, springy bounce. The VaporMax 2.0 is radically updated with new synthetic overlays on the toe and heel for enhanced protection. The lightweight trainer also features adaptive Flyknit uppers which move with the contours of your foot for an ultra-lightweight feel. Underfoot, the trainer’s bubble outsole is engineered with the highest levels of Air ever seen on a VaporMax silhouette for a feeling that brings you even closer to walking directly on air. The Nike Air VaporMax Flyknit 2.0 is available online and in size? stores now. 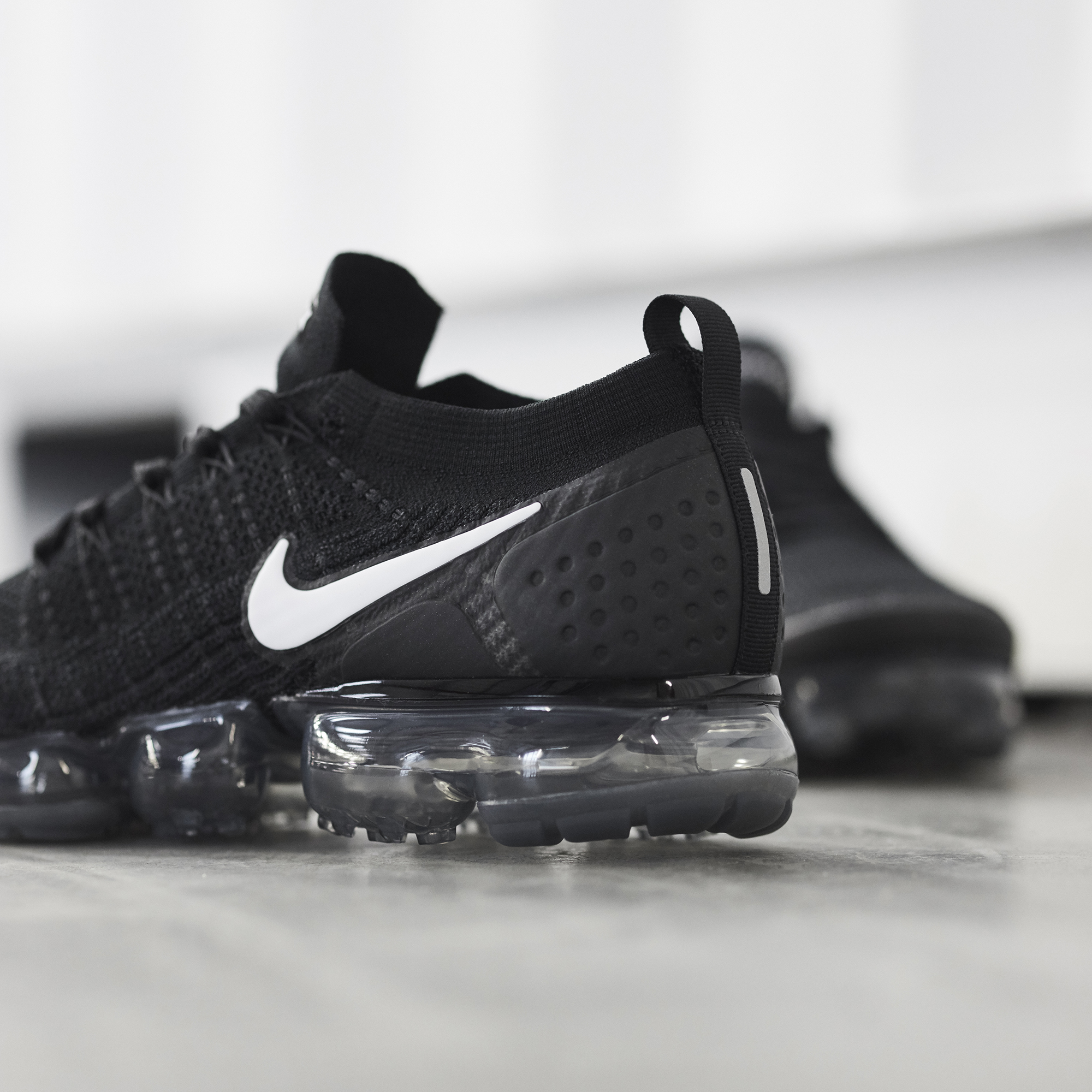 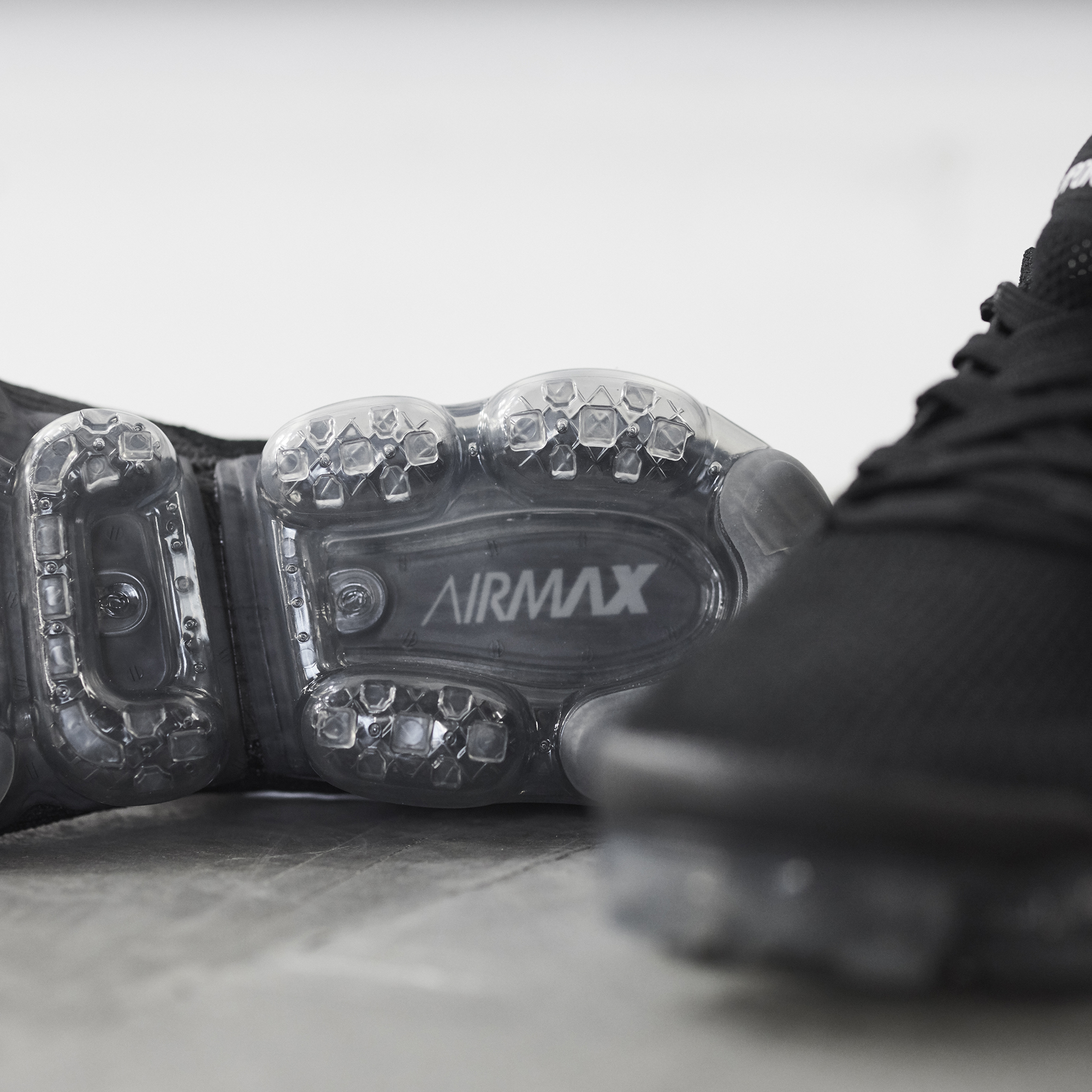