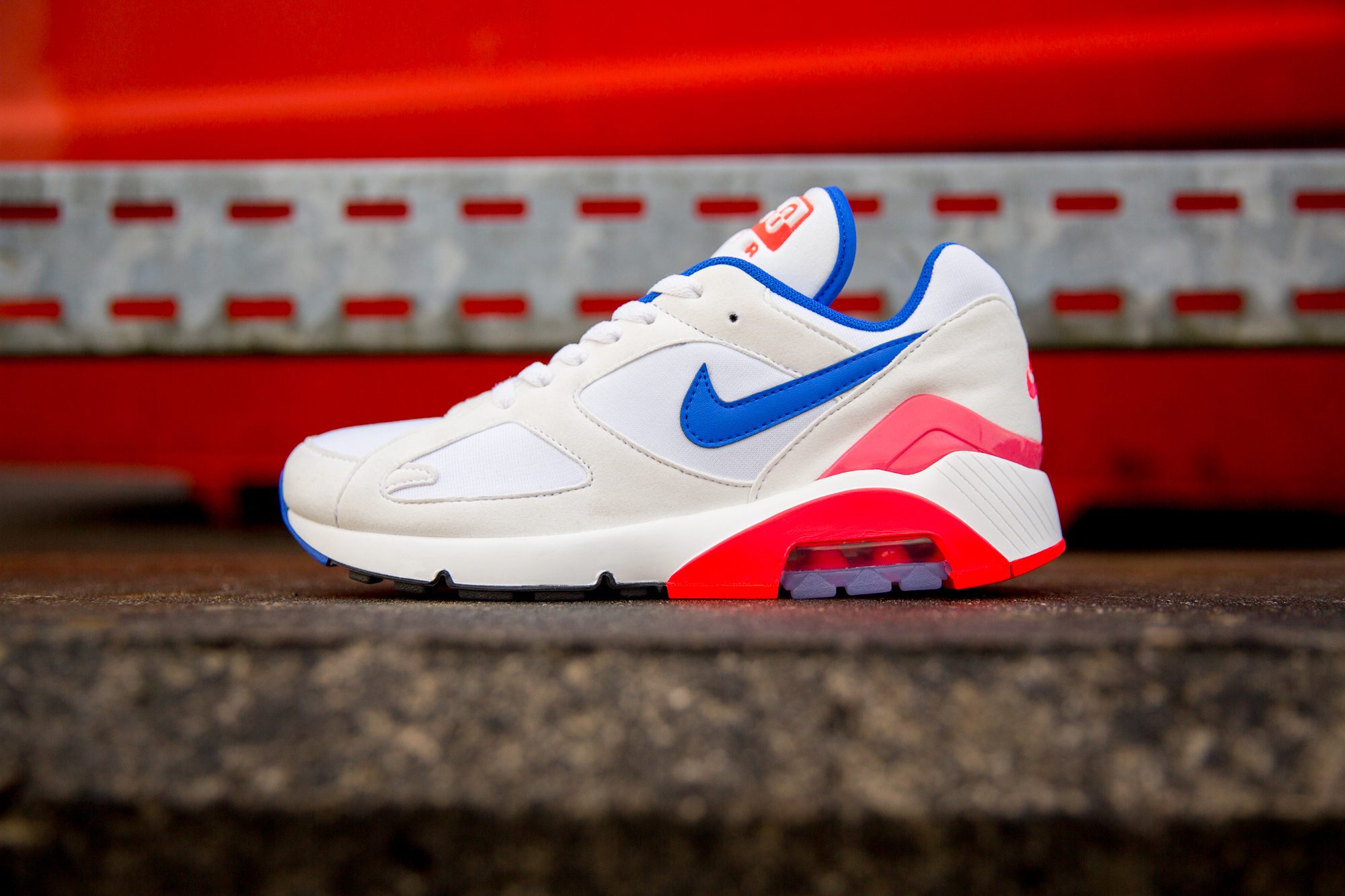 In the run up to the annual Air Max day celebrations this coming March (and as a pre-cursor to their forthcoming Air Max 270 silhouette) Nike present the innovative Air Max 180 in it's first Ultramarine colourway. It’s 17 years since the vibrant Air 180 debuted on the road; a new, lightweight running shoe that helped continue Nike's streak of innovation at the time. However, the utilisation of Air Max technology took a different direction to that of the Air Max 87 & 90 that came before it. 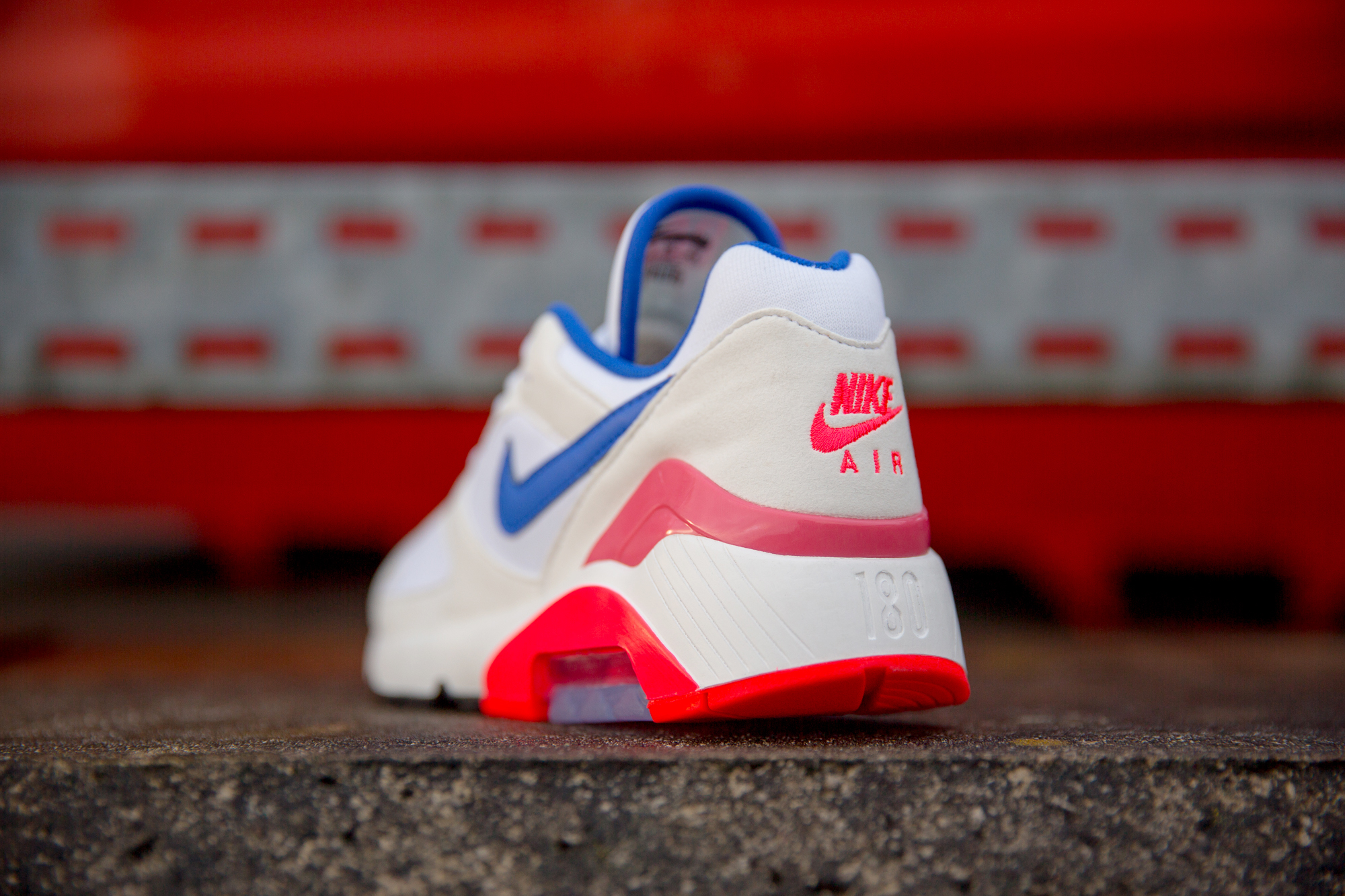 Looking back now it was probably the first experiment in the long and lengthy process of getting Nike to where they are today with the recent introduction of VaporMax. The unit within the midsole also acted as an integrated part of the outsole, so the airbag itself was essentially touching the ground rather than just absorbing the impact within two layers. Runners had always imagined what it would be like to run purely on air, and this was just a little taster of what was to come. 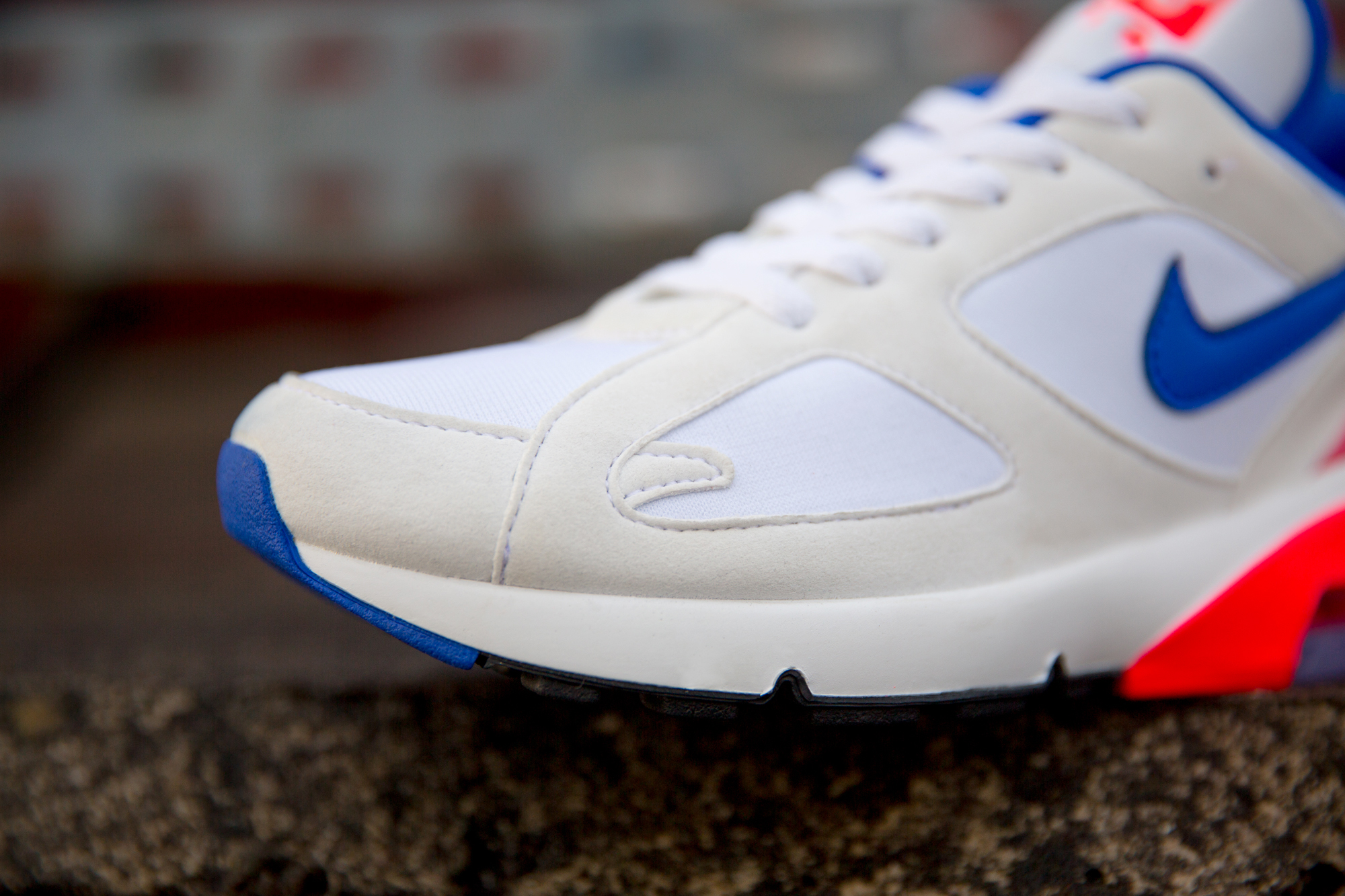 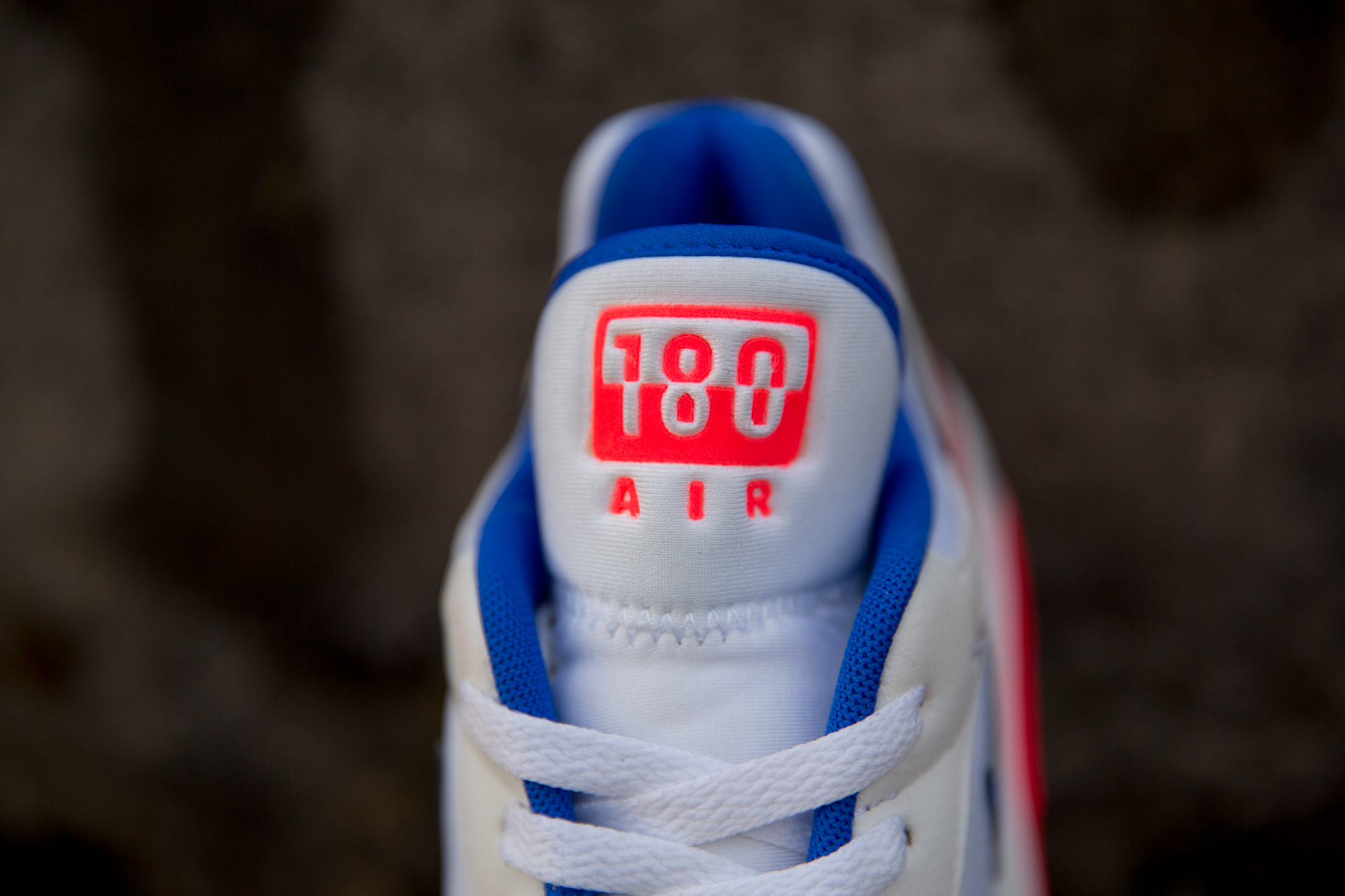 The original ‘Ultramarine’ colourway was the first to debut on the 180 in 1991, alongside a couple other make-ups that used the off-white nubuck as a foundation. It’s return this time around isn’t due to an anniversary, more for its involvement in the newly designed Air Max 270, a shoe that fuses design ideals from both the 180 and Air Max 93, which in itself made use of a 270 style airbag. The 180’s reference looks at how the unit incorporated the functionality of the outsole, and this has then been combined together with a newer, much more bulbous airbag. The Nike Air 180 OG ‘Ultramarine’ will be available online and in selected size? stores on Friday 2nd February, priced at £105. 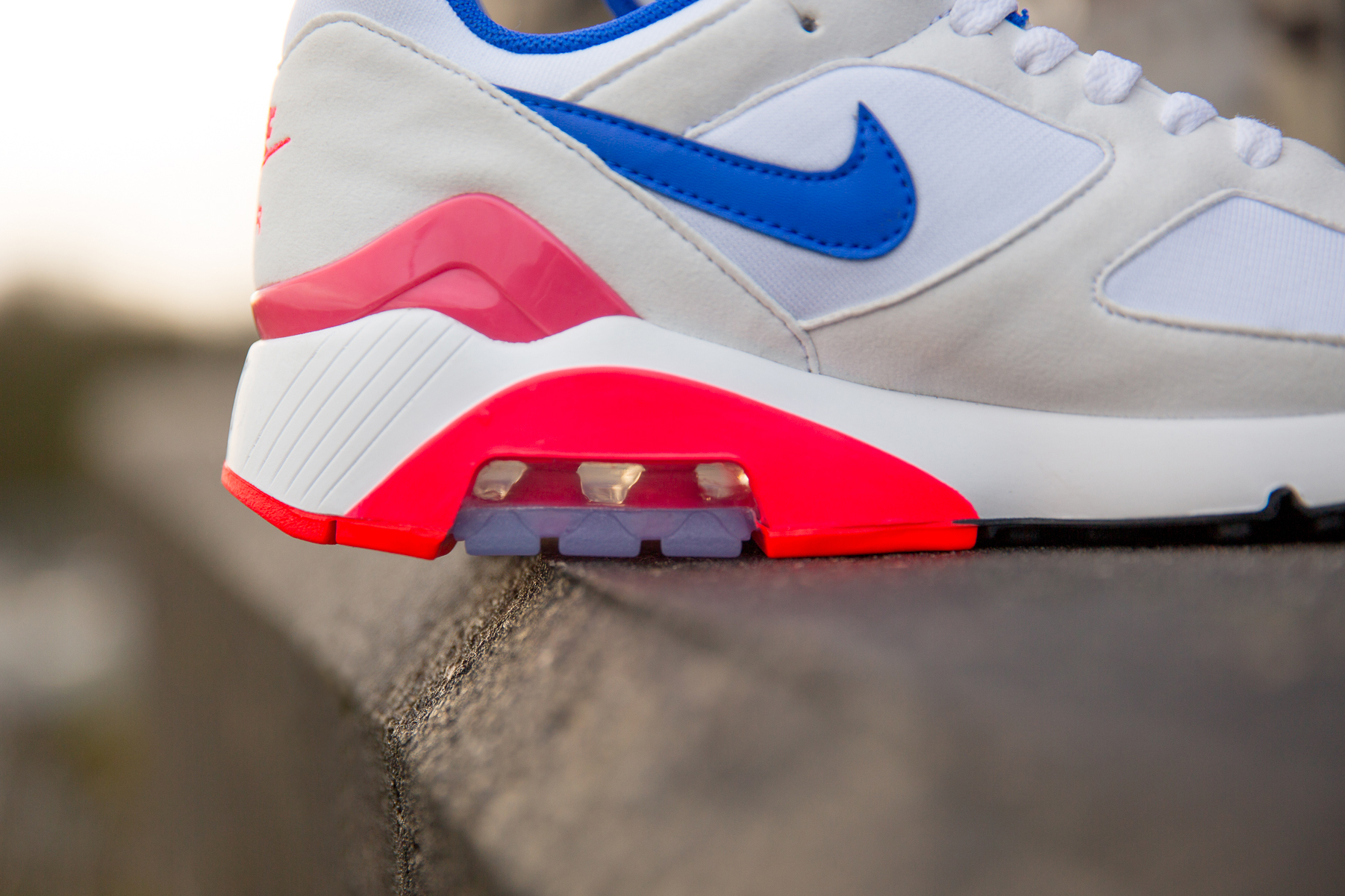