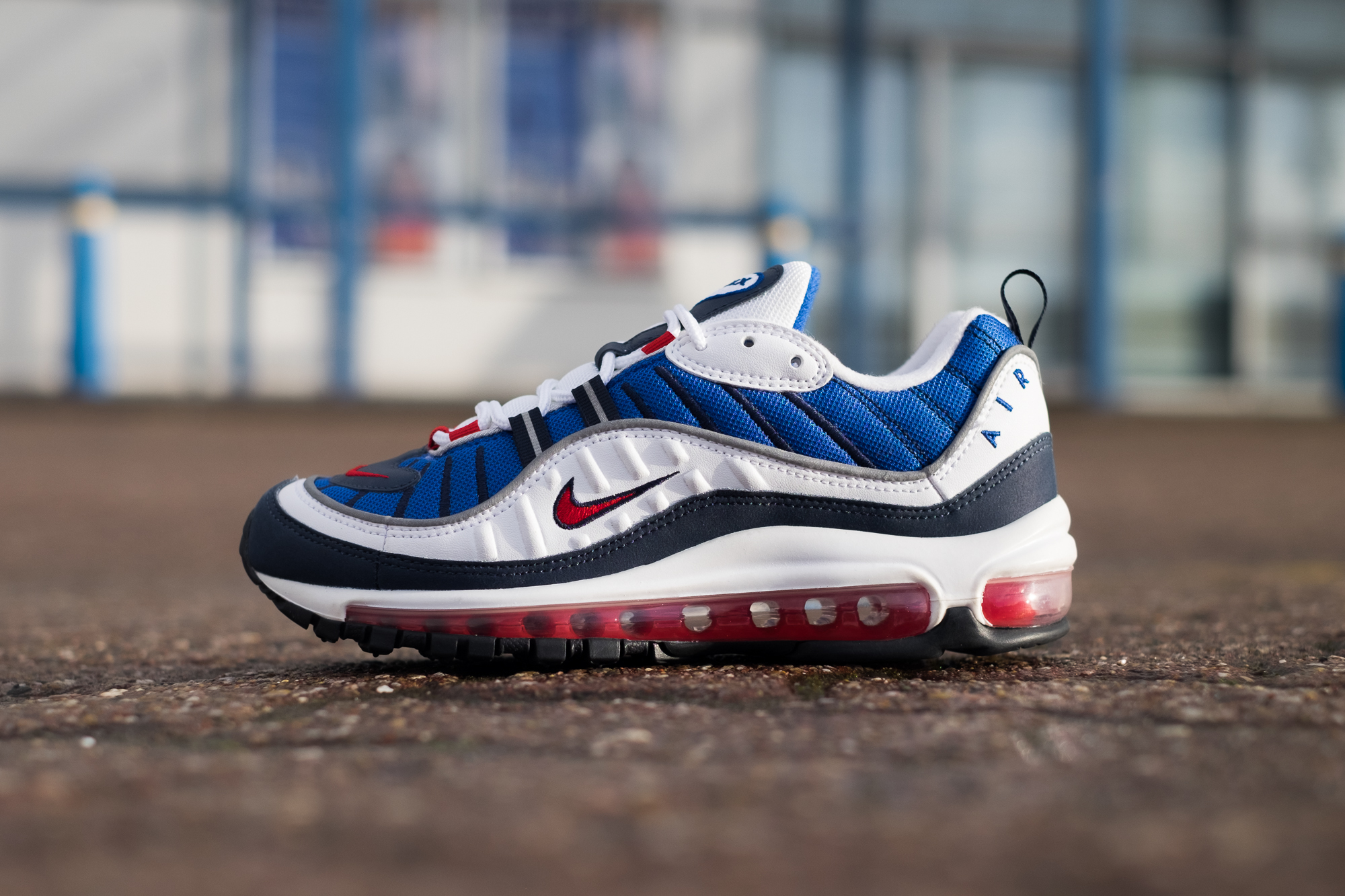 Leading the way in a string of great OG colourways due to arrive over the coming months to celebrate it's 20th Anniversary, the Nike Air Max 98 is back in it's classic Gundam colourway. The palette itself draws inspiration from the seminal Japanese anime Gundam, taking colours found on the armoured suits of the robots featured in the original 1979 TV series. The latest sibling from the Air Max family to reach two decades of relevance, it's been a good few years since we were last treated to 1998's rendition. The OG colourway popped up on its own about three years back, and then disappeared just as quick as it arrived! The 98 consecutively followed on from Christian Tresser's Silver Bullet from the previous year, and the reigns were handed over to Sergio Lozano;if the name rings a bell that'll be because he also blessed us with the Air Max 95 & 96. Over the course of these 4 years, the design duo rolled out some incredible creations. Branding on each release was reduced to a couple of 'miniswoosh' as opposed to previous years, and the focus appeared to be more on the sleek profile. 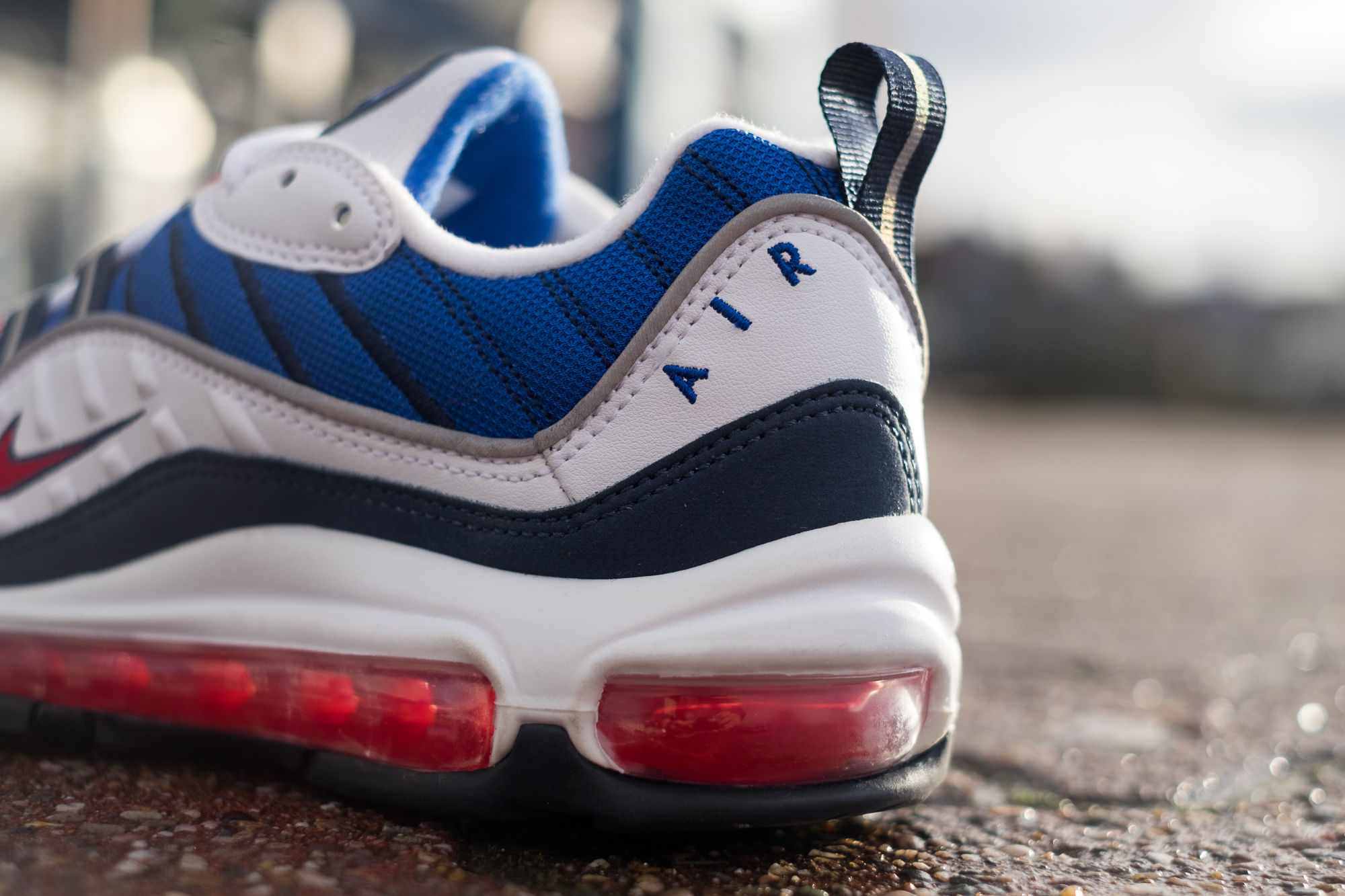 The Air Max 97 & 98 in particular appear to have a much lower profile than say, the 95 for example. It looks like an actual mechanical machine itself with all of the varying panels, textures, and considered lines found througout. Fittingly one of the most popular colour-ups of the Air Max 98 has always been the 'Gundam'. A palette of Black, White, Red and Blue took cues from the armour plating of the mechanical robots from the Japanese Anime series of the same name. Yoshiyuki Tomino's creation featured army's of Mecha suited warriors battling it out both on earth and in space. The Blue and white waved panels span the length of the 98's upper, complemented by the fire red contained within the full length airbag. The Nike Air Max 98 'Gundam' will be available via the size?previews App, and in all size? stores on Friday 26th January, priced at £140. 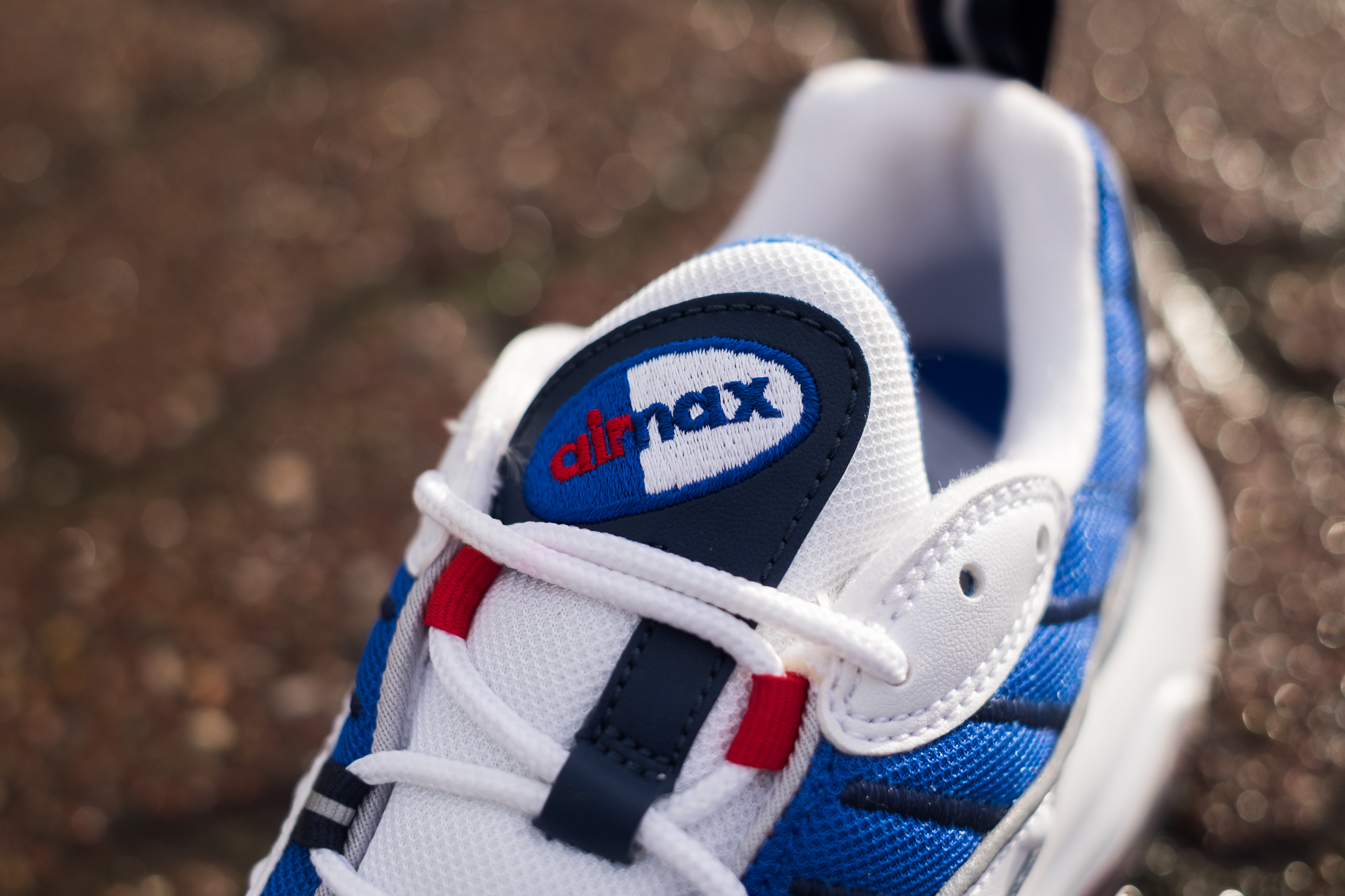 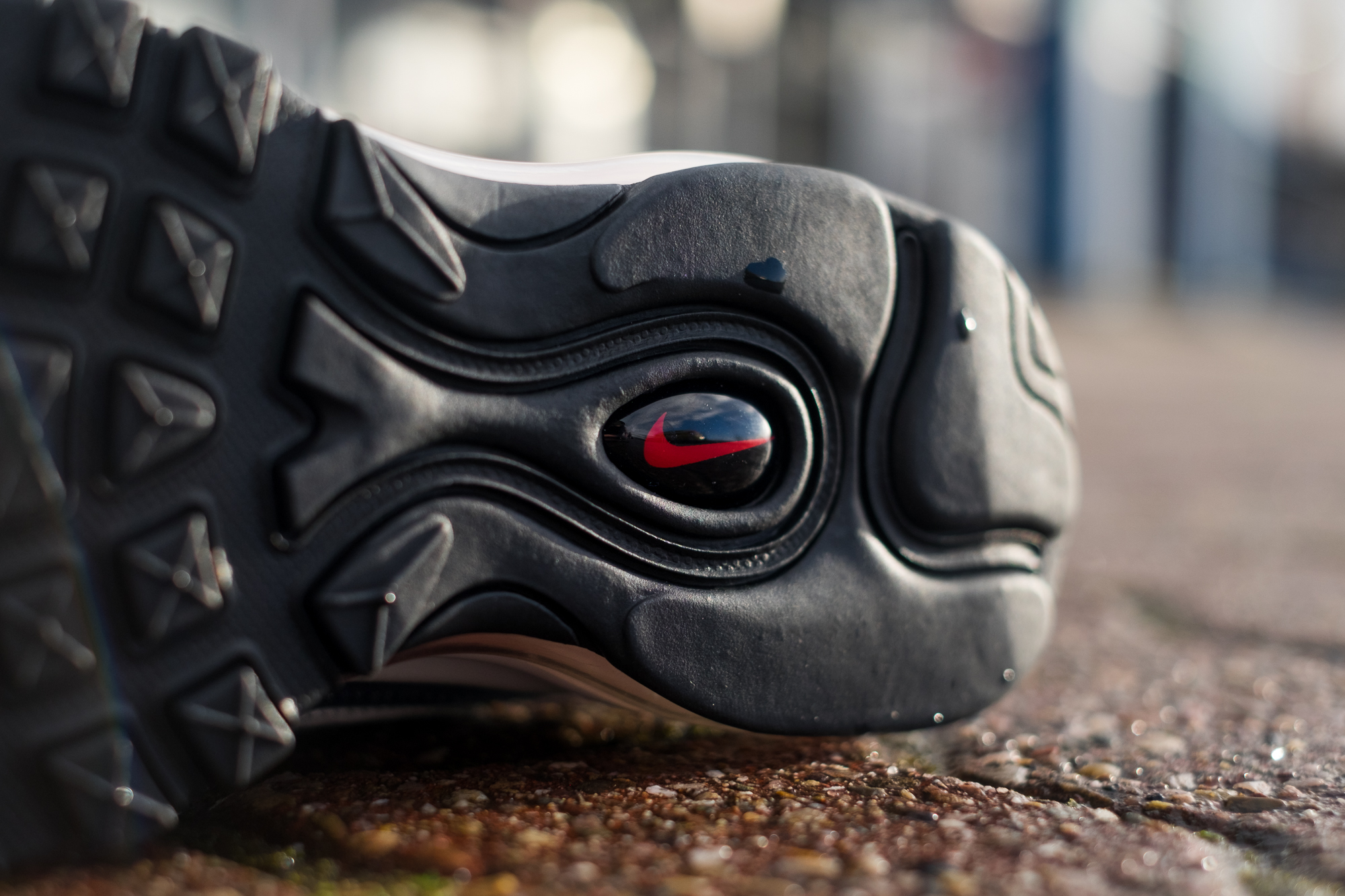 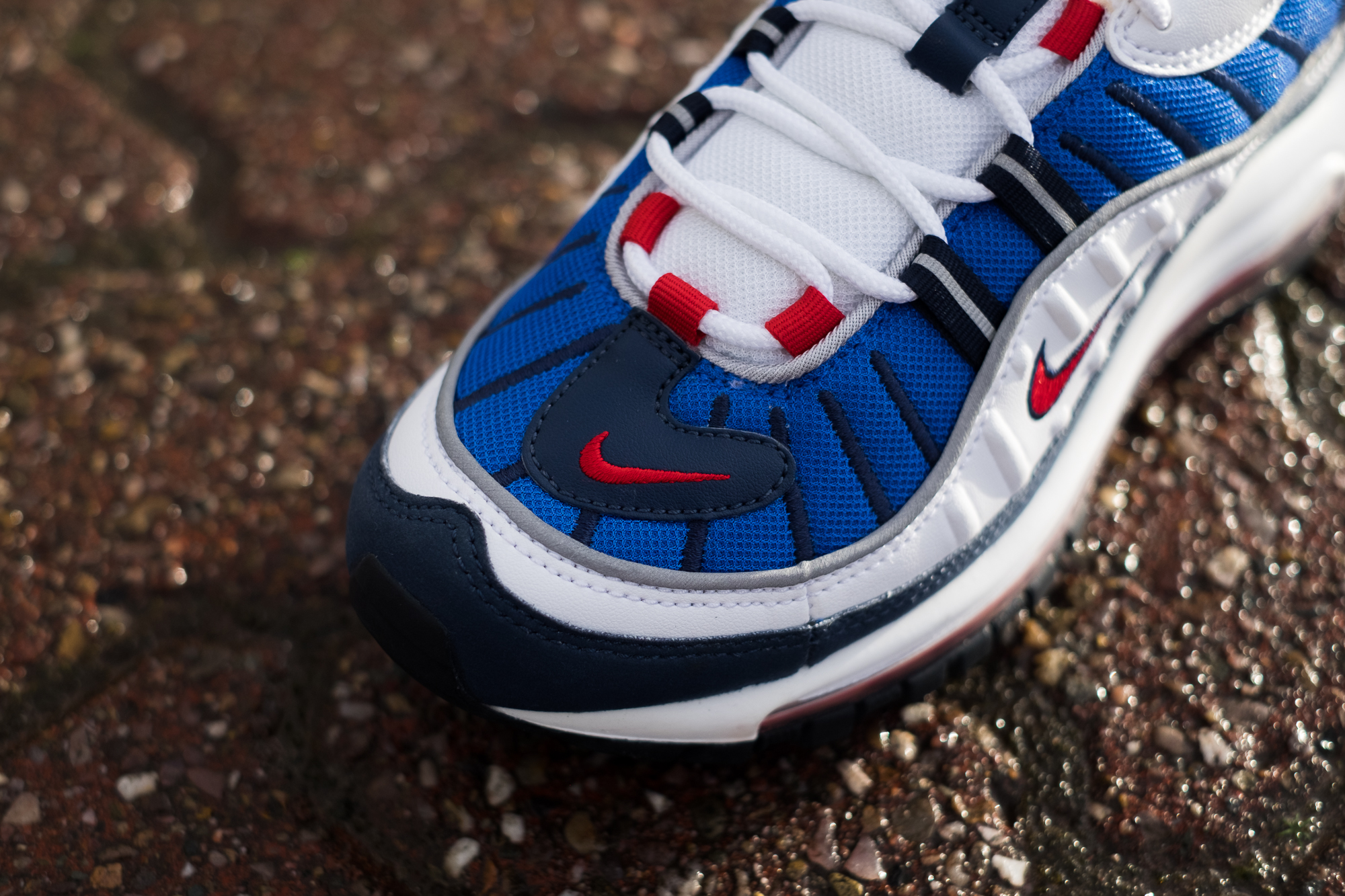 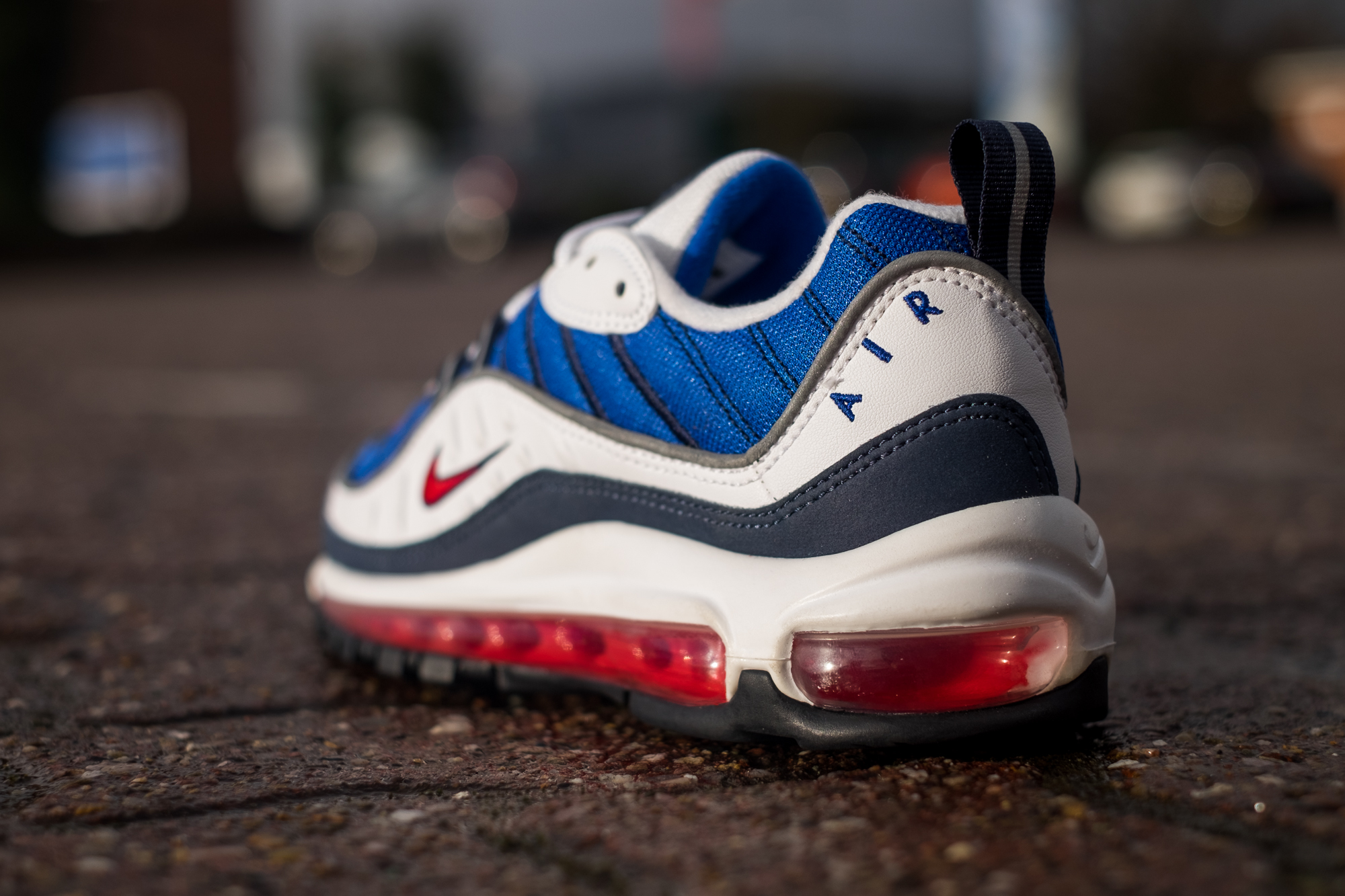