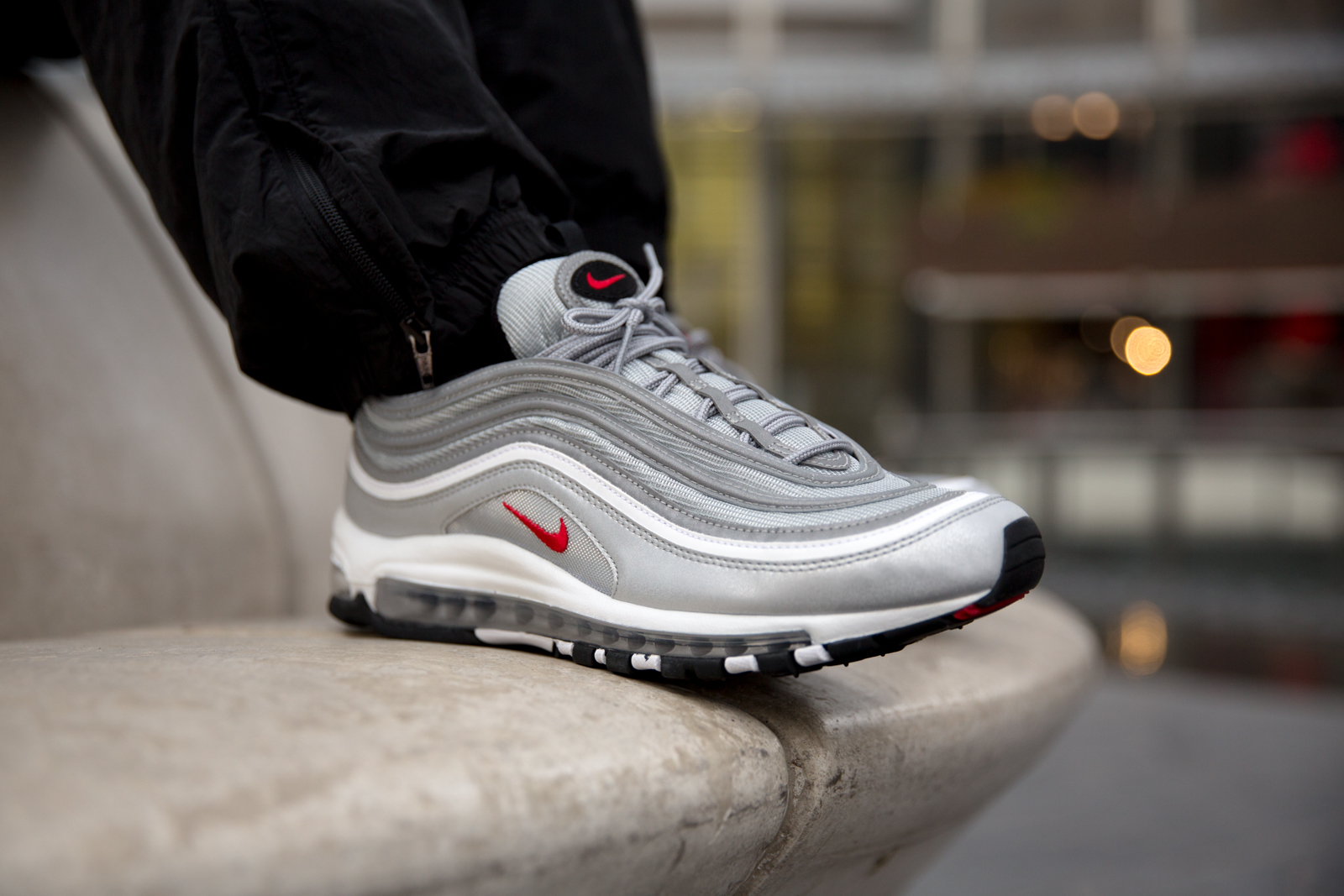 Returning for the last time this year in it’s unmistakable, full Silver hue, the Air Max 97 has made a strong comeback for its 20th anniversary. Affectionately known as “La Silver’ in Italy, the shoe’s original design inspirations come from further east. It’s streamlined aesthetic draws inspiration from Japan’s 200mph travelling transport system, the Bullet Train. Christian Tresser’s design incorporated many firsts for Nike, including the use of a full length air bag, full wraparound reflective 3M strips, and the introduction of a hidden lace design to mask the fastening system. 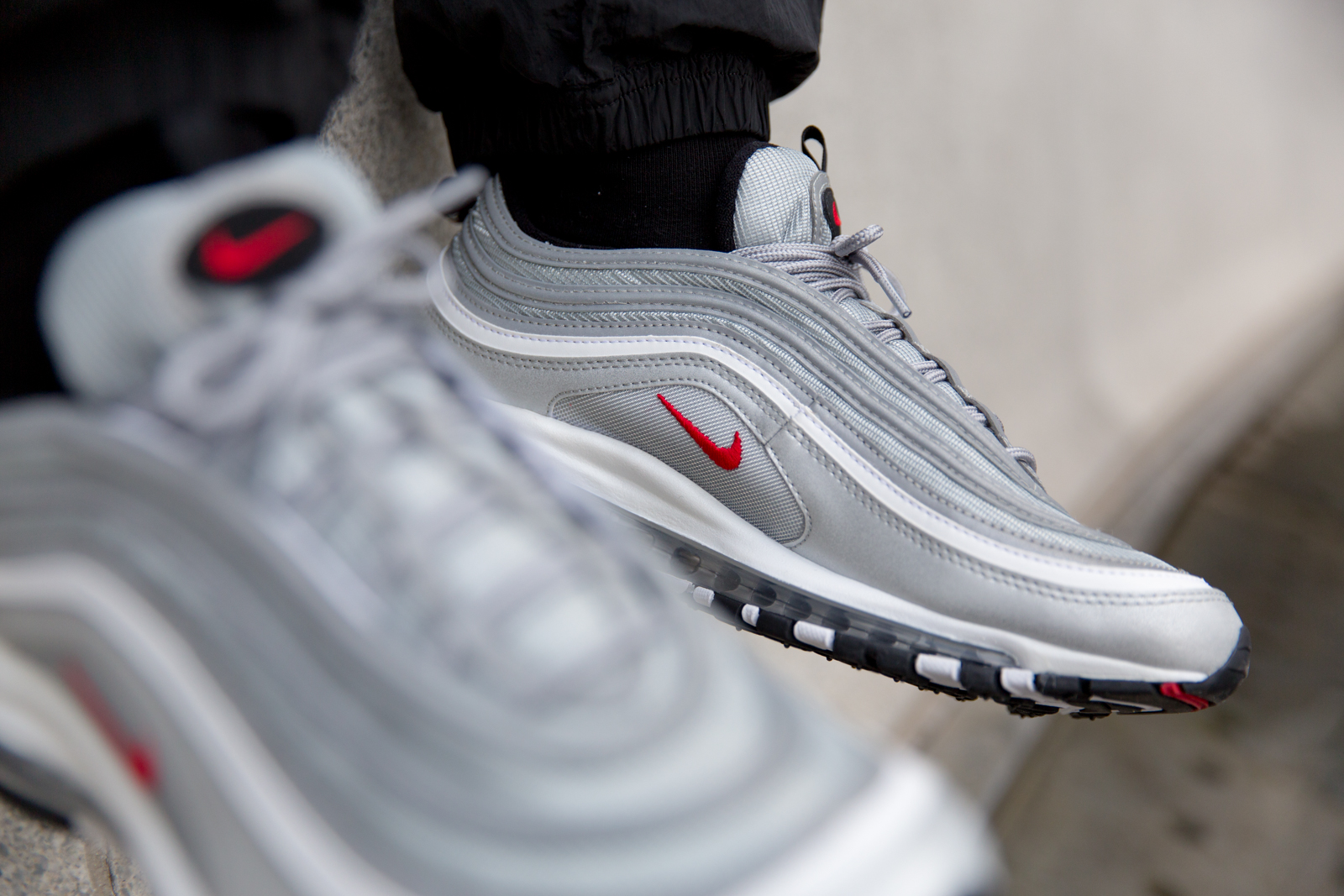 Such a bold, daring design caught the eye of the fashion community, and where better for a shoe to find it’s spiritual home than one of the most style conscious cities in the world. Adopted by an infinite number of Italian subcultures, the flamboyant design wasn’t designated to just one style. Taking influence from it’s predecessors the Air Max 95 & 96, the primary appeal of the shoe is based upon the entirety of the considered form over large, brash branding. An embroidered ‘mini swoosh’ sits on the side in traffic red, surrounded by waves of leather and 3M that appear to pay tribute to Sergio Lozano’s masterpiece from 1995. The Nike Air Max 97 OG ‘Silver Bullet’ will be available through the size?previews app and in all size? Stores on Tuesday 26th December, priced at £140. 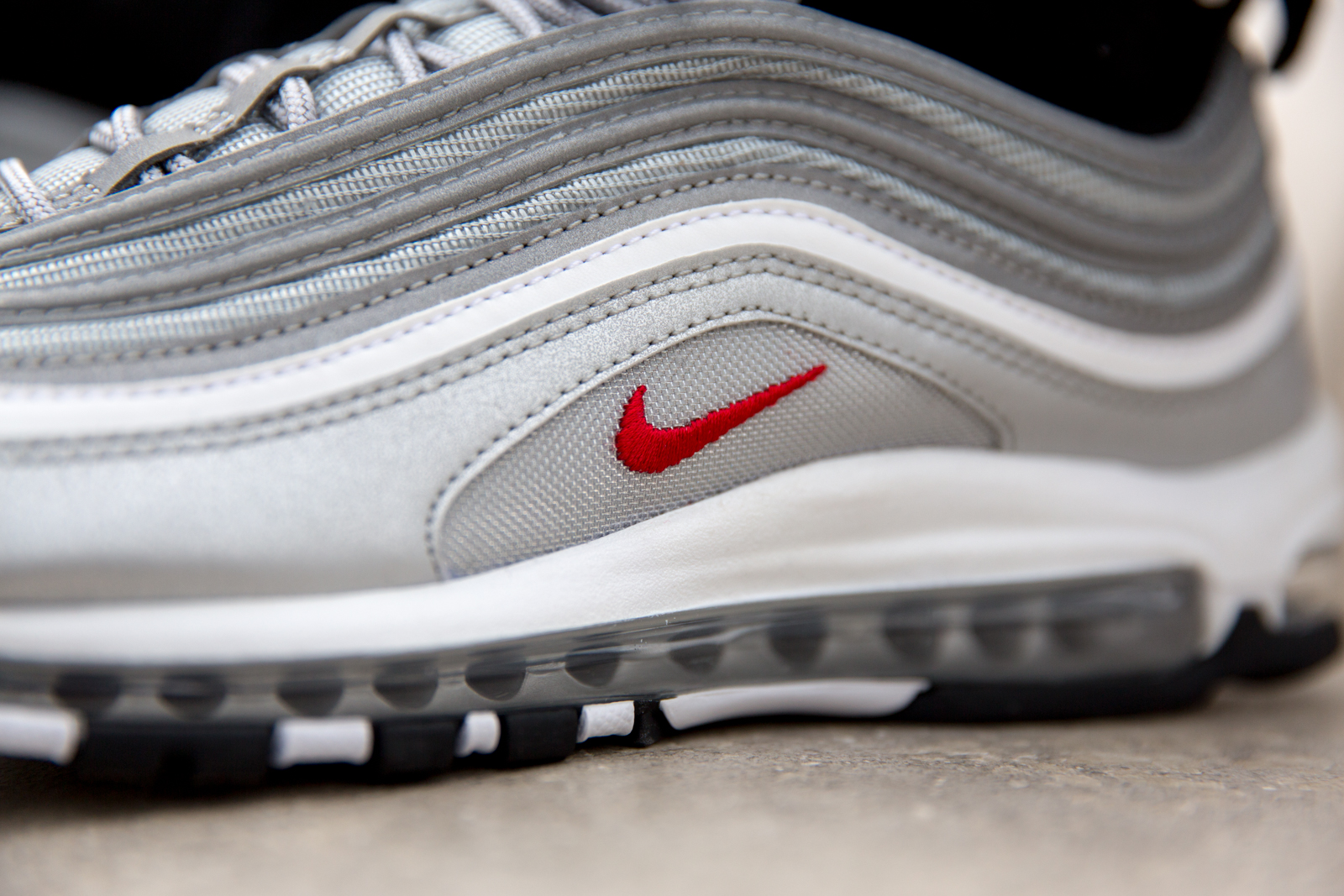