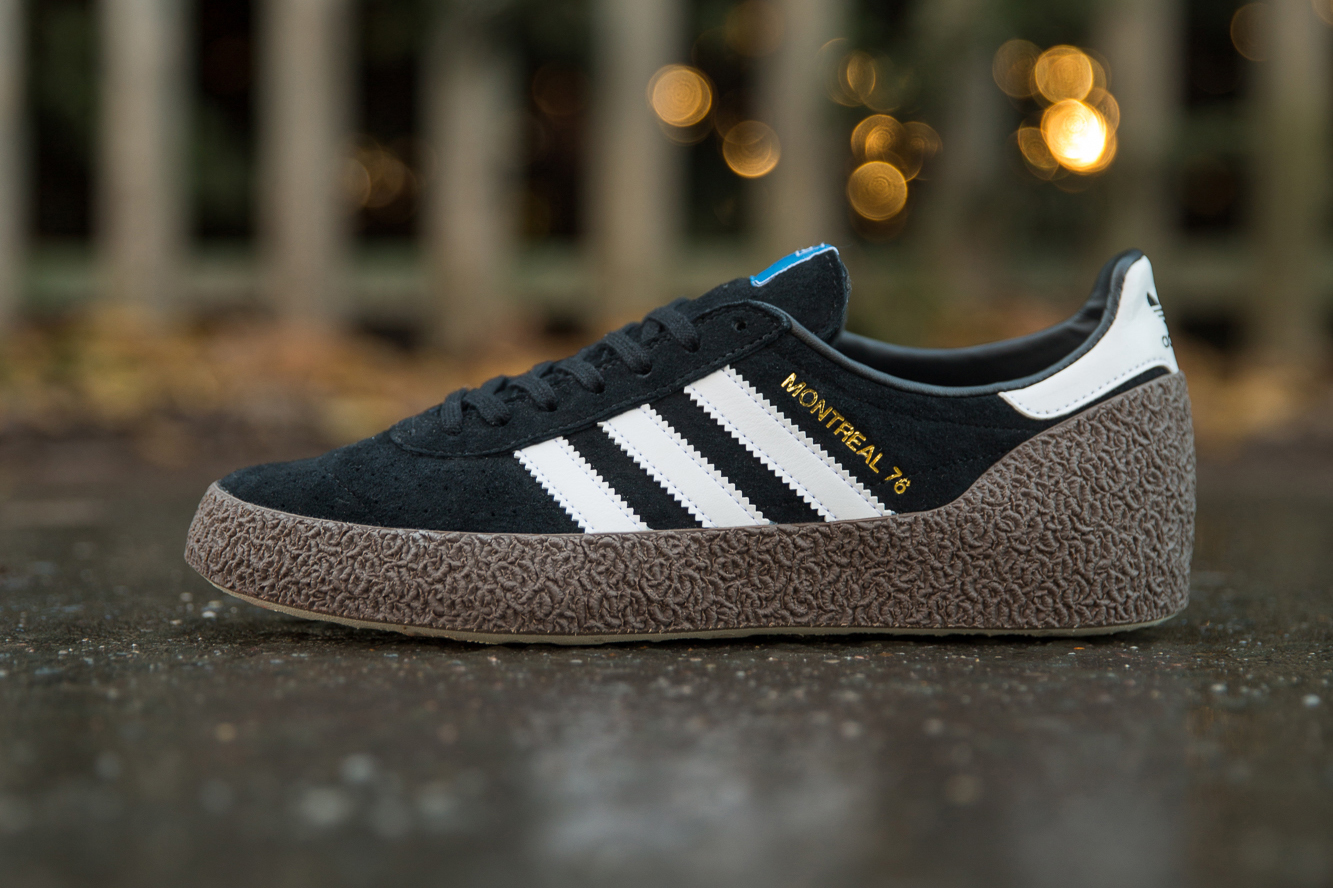 The first time the eccentric looking leisure shoe has been back on the shelves since 2011, adidas Originals have brought back the original shape of the Montreal 76. Rather than to be used as a physical sports shoe, it was designed as a post-football game shoe for the German team at the 1976 Montreal Olympics. The most obvious signature feature on the shoe is the elaborate midsole, with the rubber surround extending up and around the heel portion. This could be folded down to turn the shoe into a slip on, a more comfortable shoe to wear after ninety minutes of being bound by restrictive leather football boots. The shoe itself has seen a few variations over the years, with branding being placed on the midsole, plastic d-rings added to the eyestay, and even versions that didn't incorporate the wraparound heel and replaced it with a Samba-style midsole unit, but it's this classic versions that's usually associated with the name. This latest re-issue looks to be a very accurate representation of the first outing. Slightly lower profile than the last time we saw it, the '76 incorporated perforations in the toebox for breathability. The branding on the tongue-tab was much more simplified than future releases, and the gold branding was debossed in gold into the side panel, as with all classics from the brand. The first two colourways of the adidas Originals Montreal '76 will be available through the size?previews App and in selected size? stores, priced at £85. 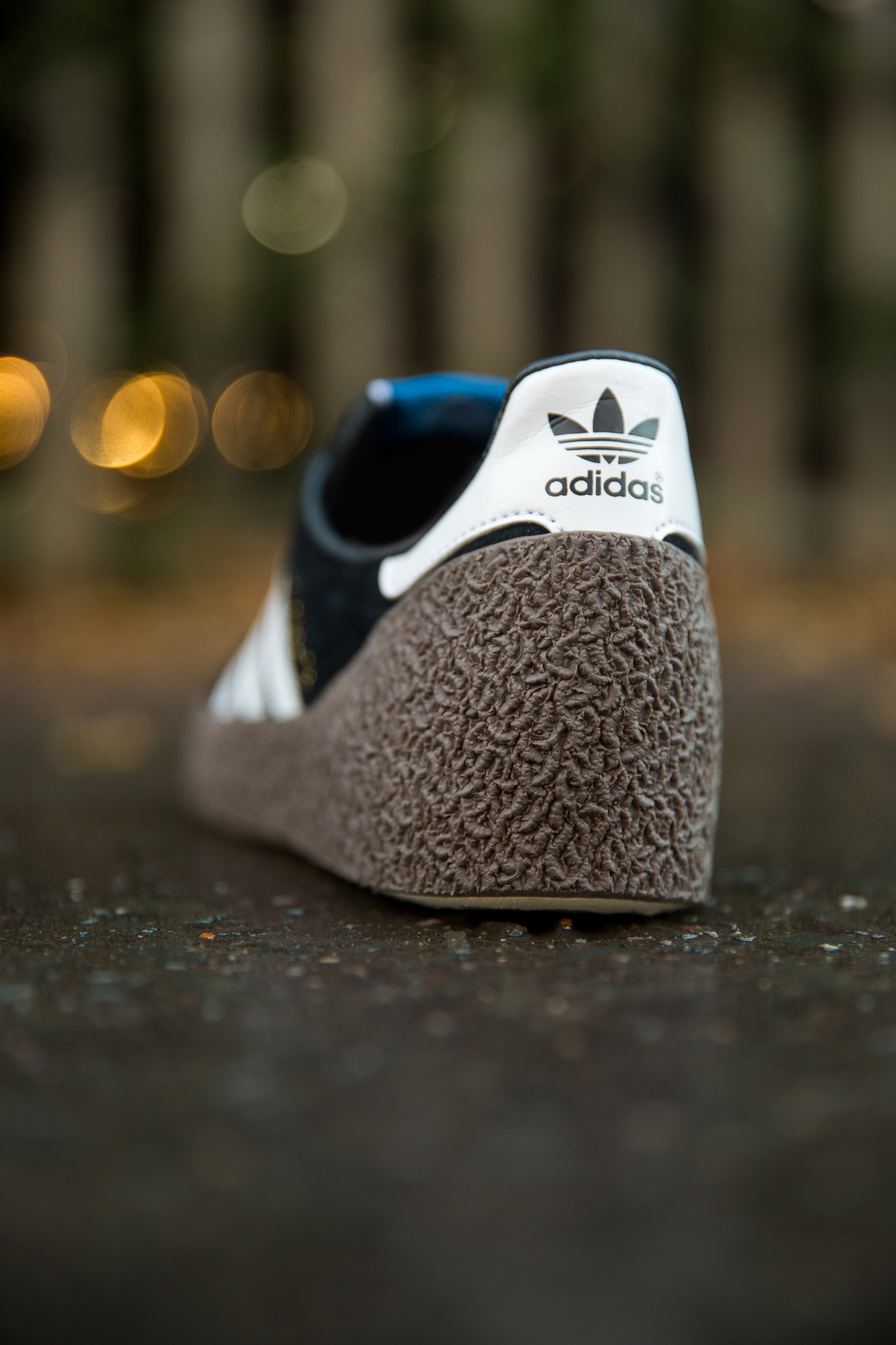 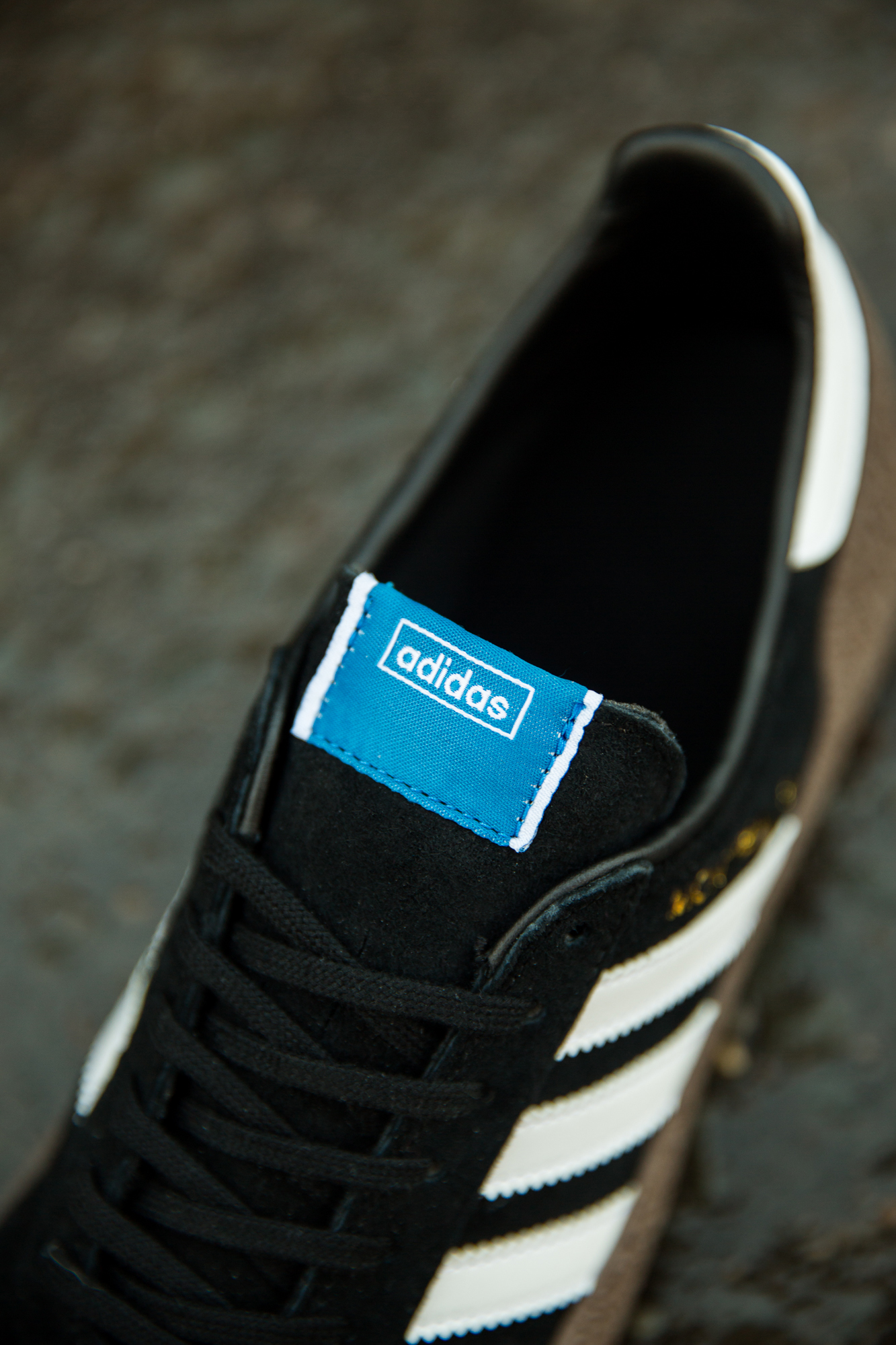 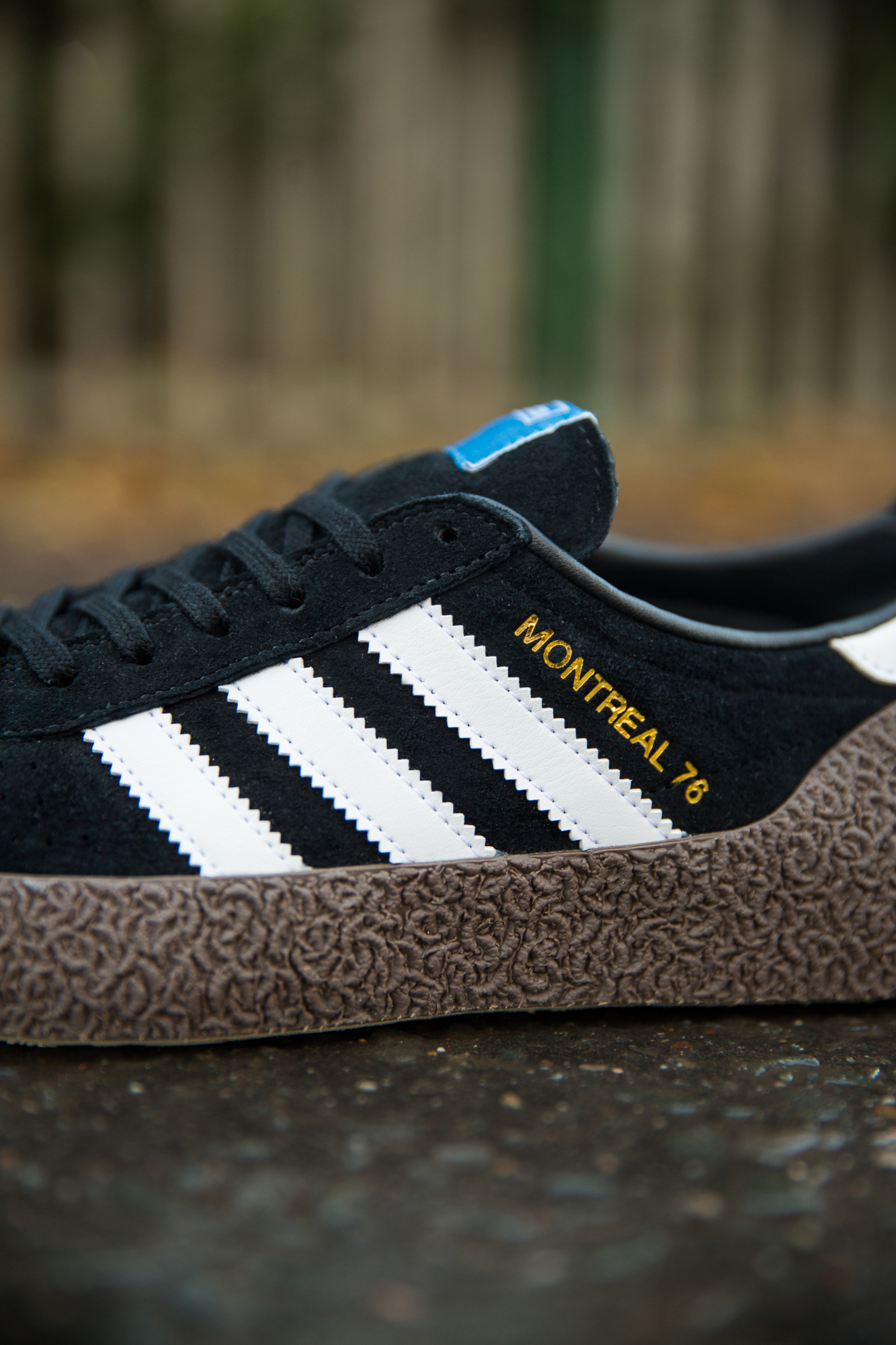 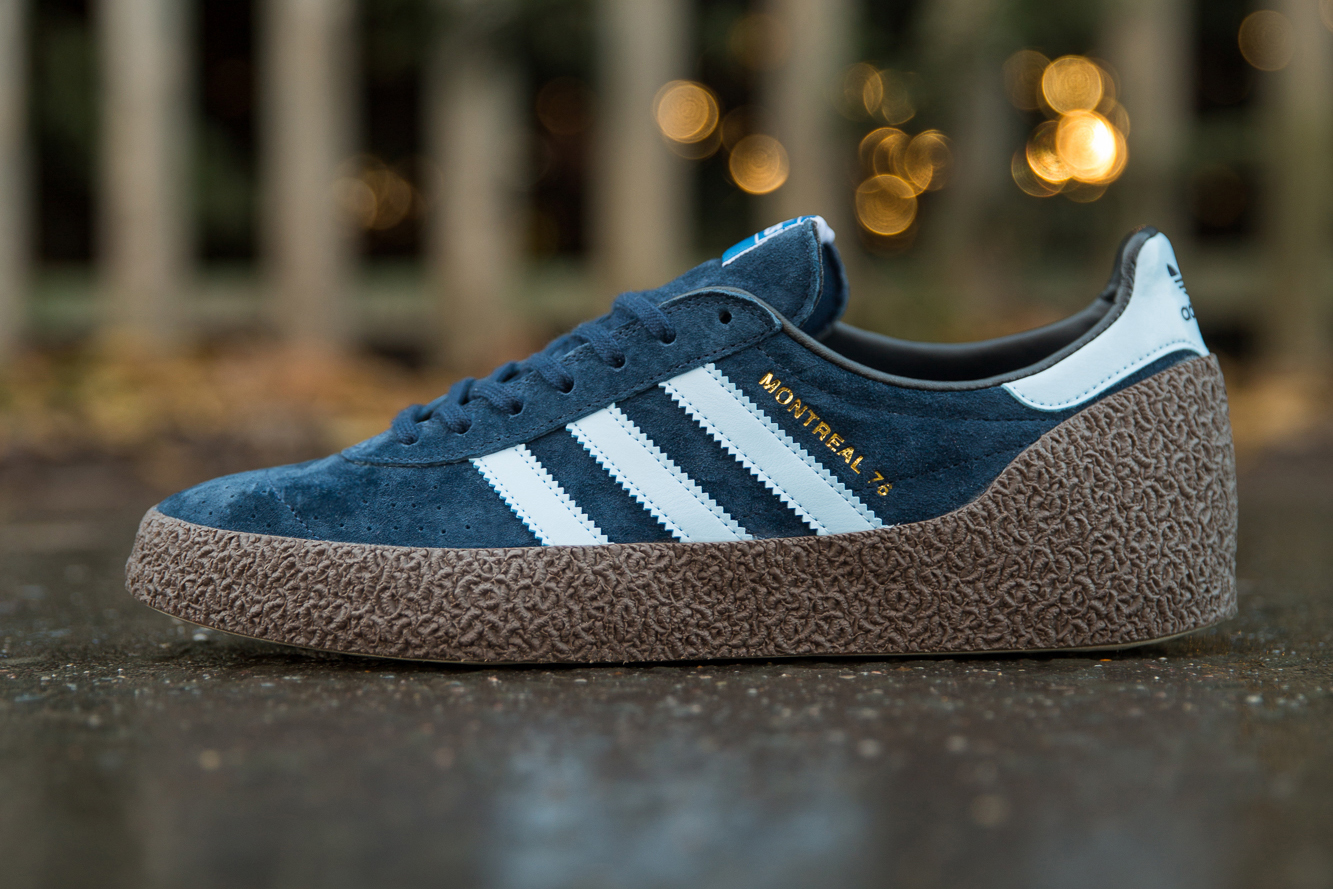 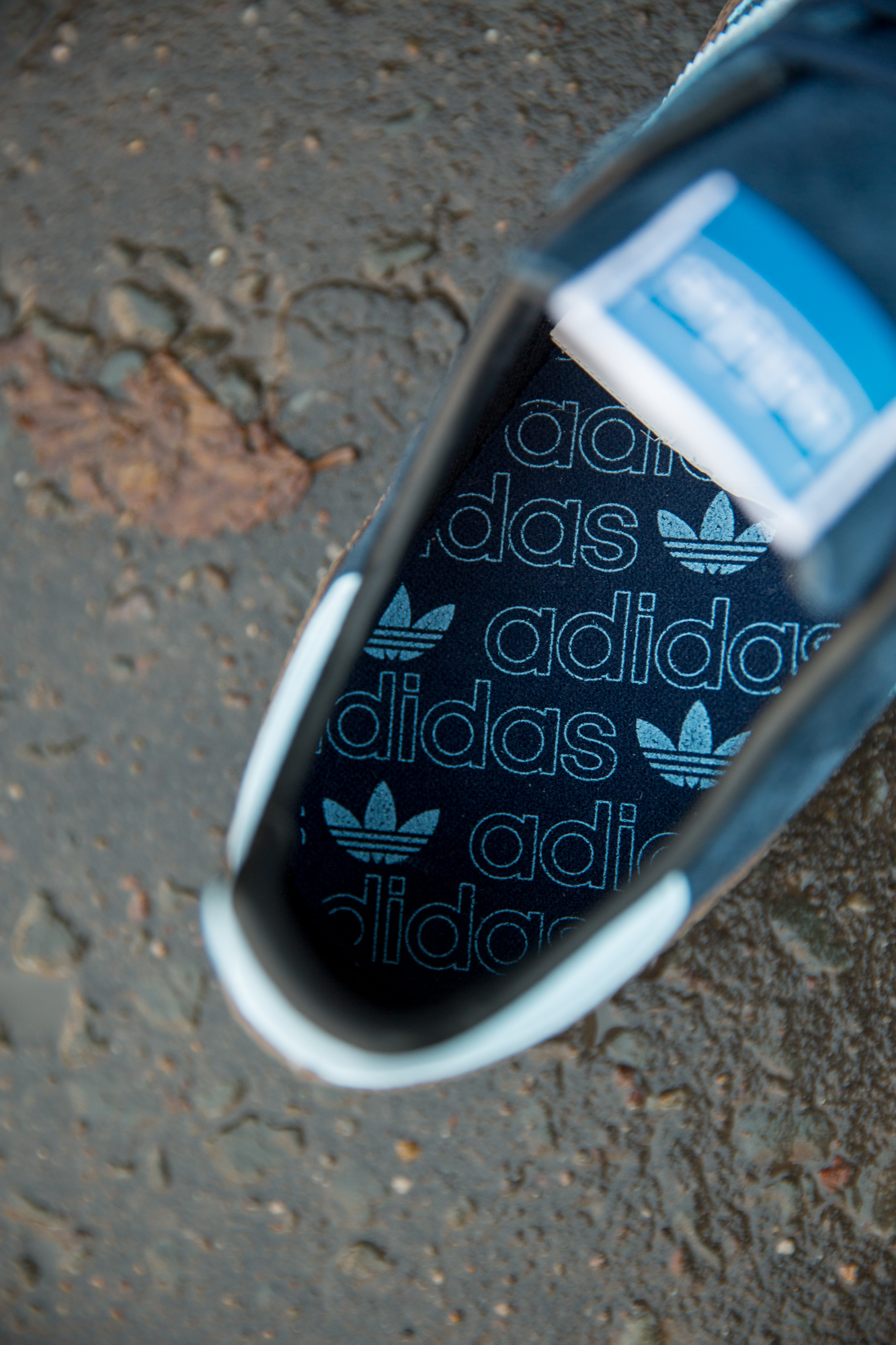 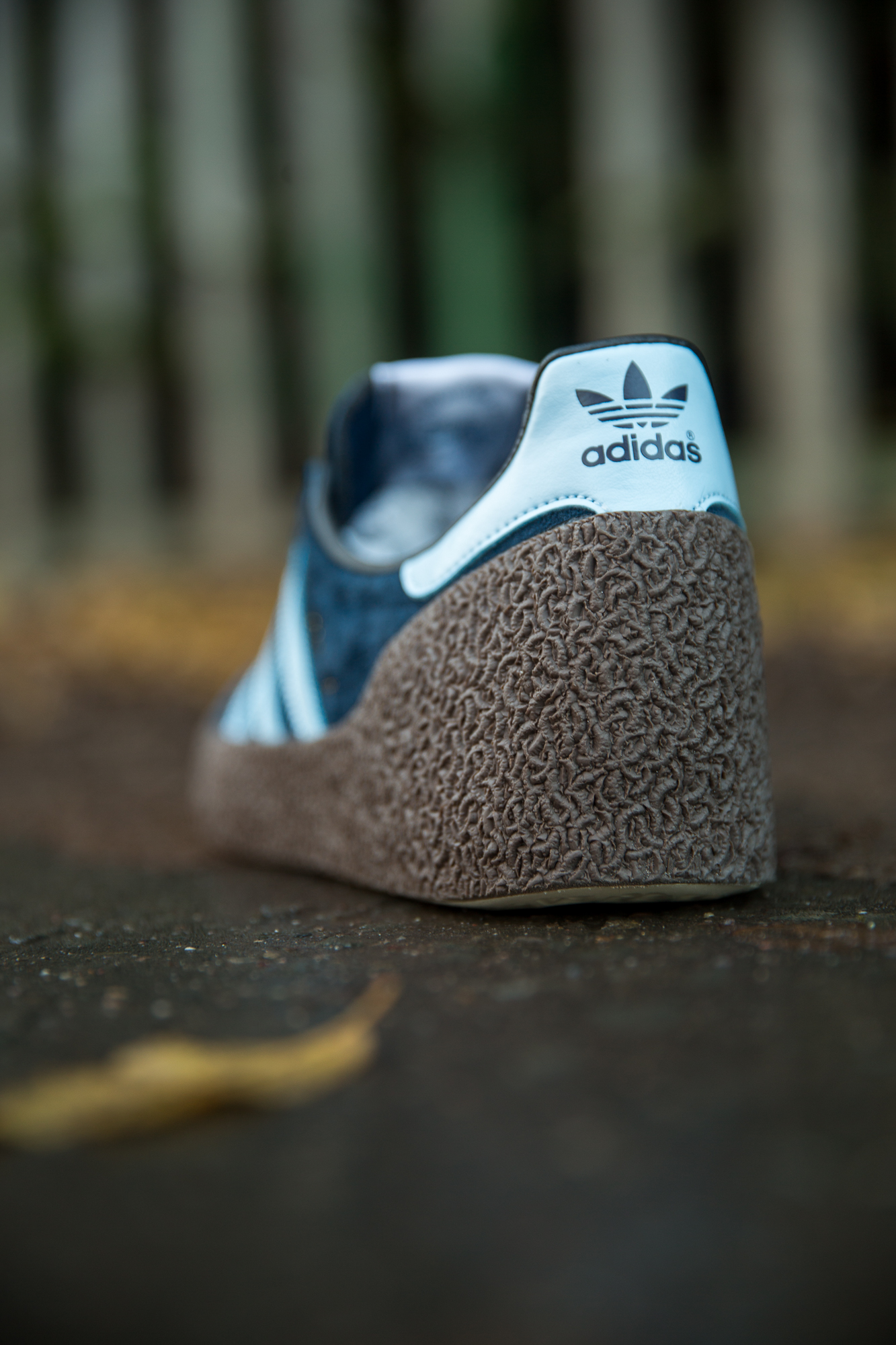 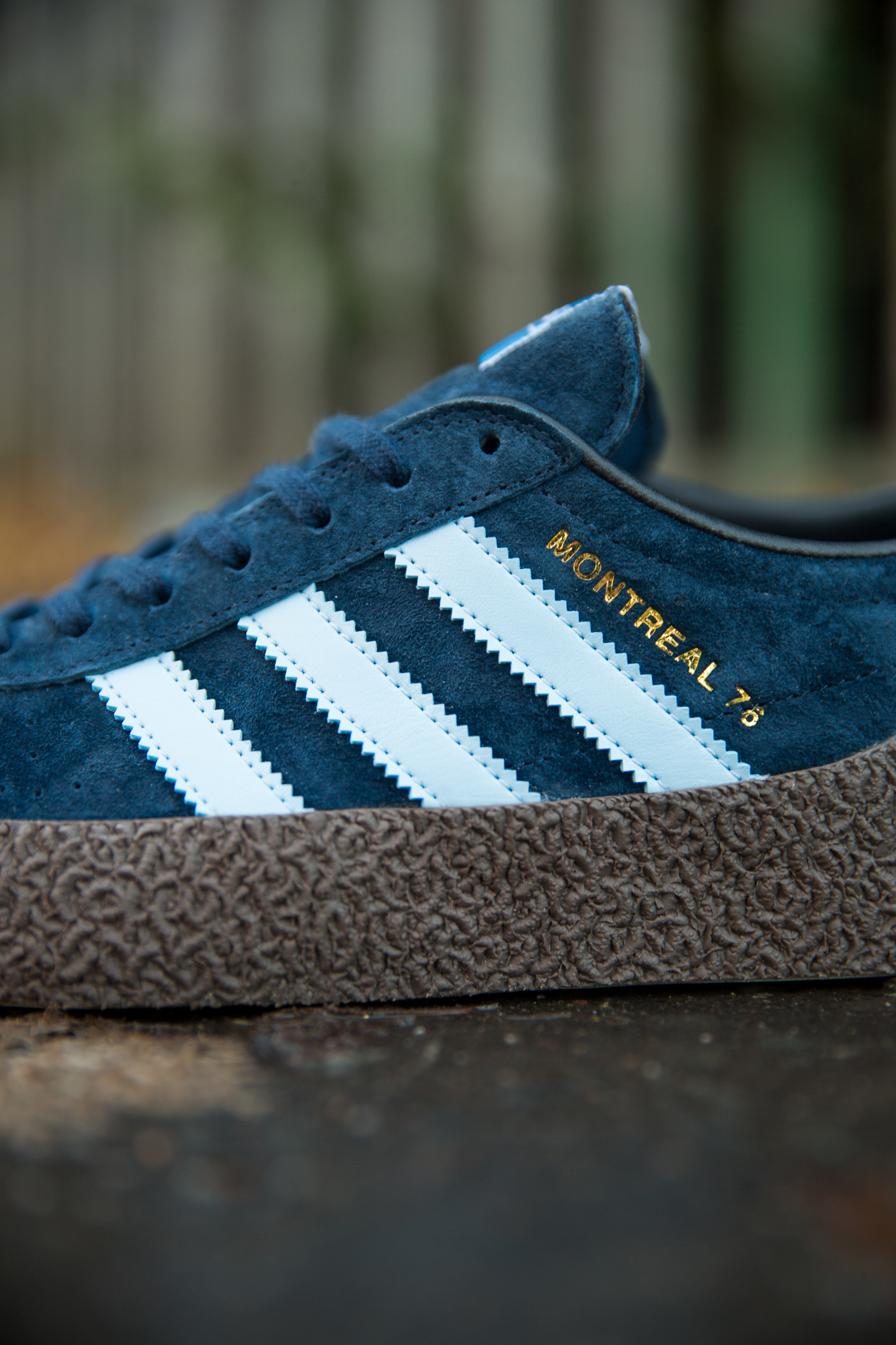 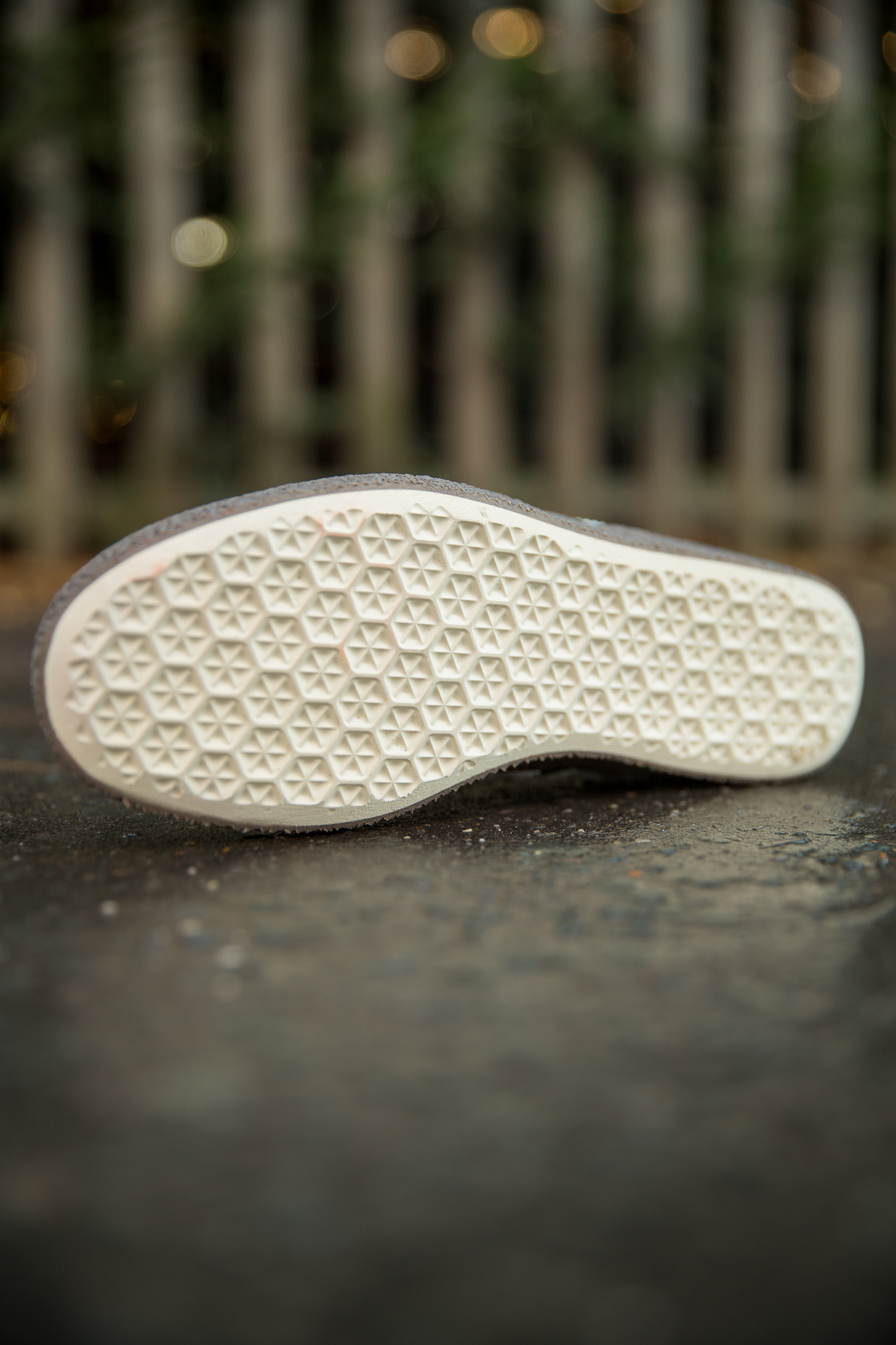