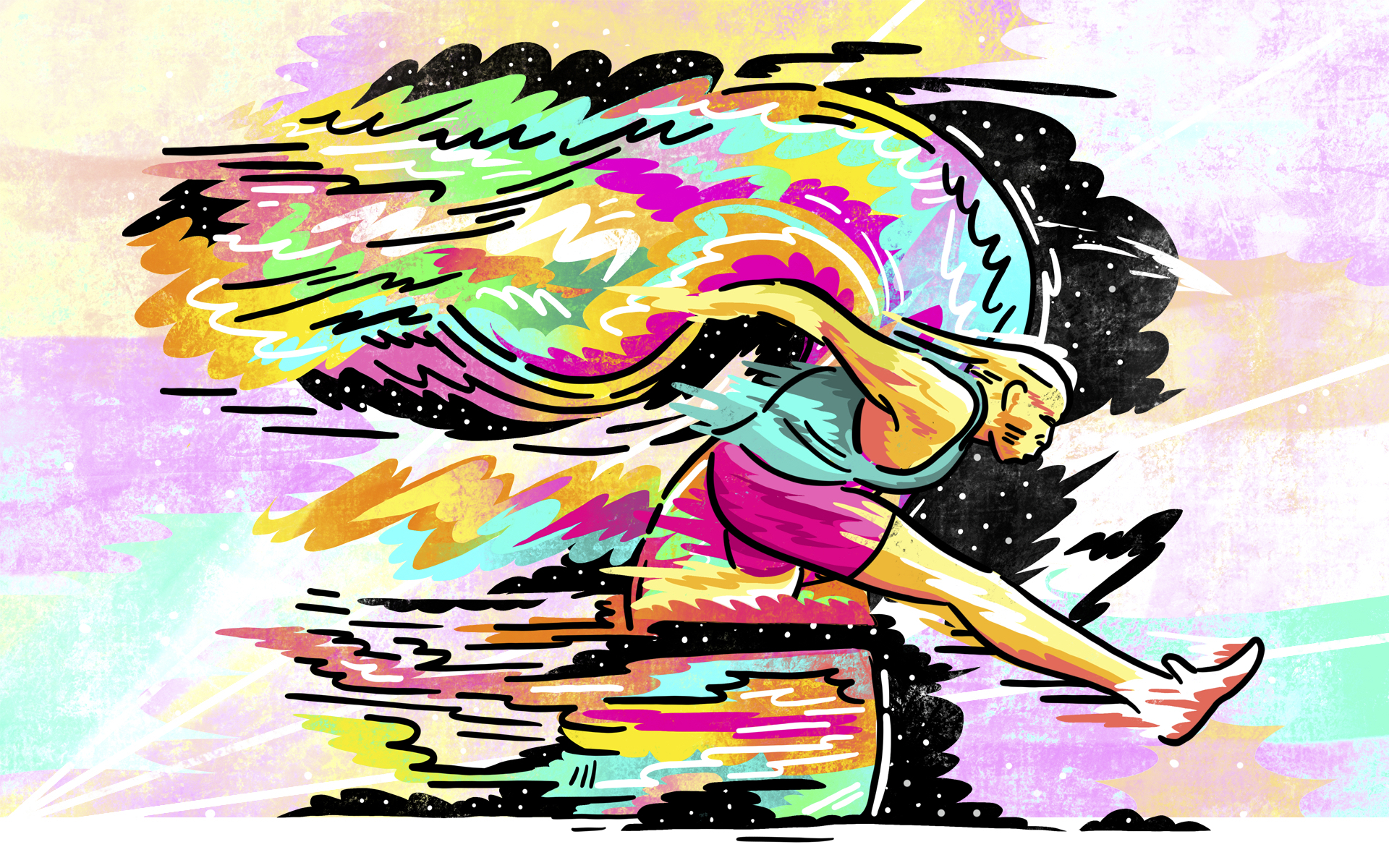 The next creative we’re presenting in our size? Series is freelance illustrator Geo Law. Hailing from the steel city of Sheffield, Law works out of the Roco Creative space - a hub of creative talent. Geo’s work references his personal interest in comic books, computer games, music, film, and football. His creations take up different forms, but are always rooted in his love of doodling. Geo has produced and created artwork for various channels of media such as; digital production, print, interior décor and mural works. 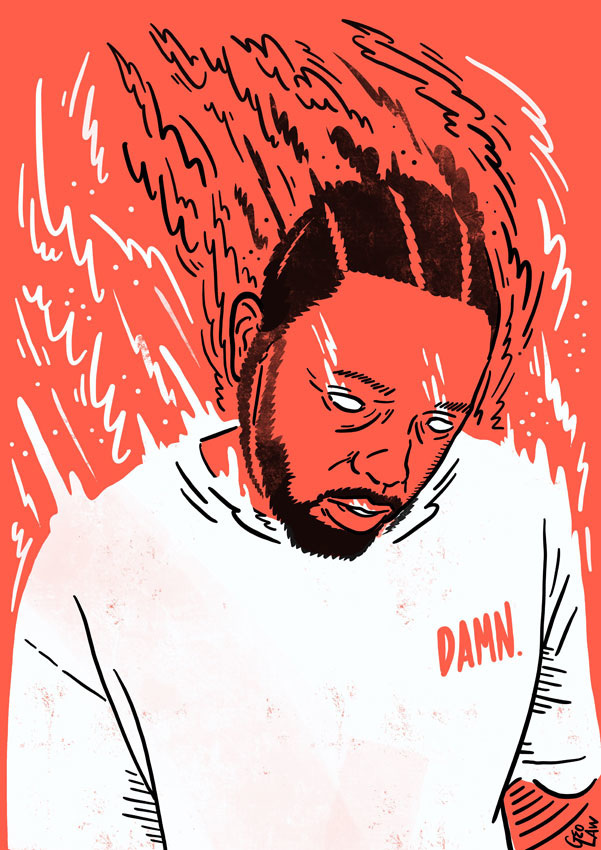 Following in the footsteps of Kid Acne and other established creatives based out of Sheffield, Geo Law references street art in his work, carrying on tradition in his signature style. Law illustrates in a cartoonist/animation style, with drawings heavily referencing his love for manga, comic books and other forms of popular culture, all finished in his unique style. Geo Law’s creative process usually begins with an inspiring film, piece of music or comic book. From there the concepts are born. Ideas are then sketched out and worked on until Geo’s happy what he has in front of him, resulting in a finished piece. As well as creating different styles of illustration, Law has also branched out into the world of fashion, originally opening the ‘Arcade’ store with a few like-minded friends, then eventually moving on to form Hantu Collective – the fashion focused side of his work - of which he has since moved on from to pursue a career as a freelancer. Geo Law has created illustrations for a varied mix of clients that include; Sprite, Converse, Facebook, Microsoft, Bloomberg Politics and the Leeds College of Art. 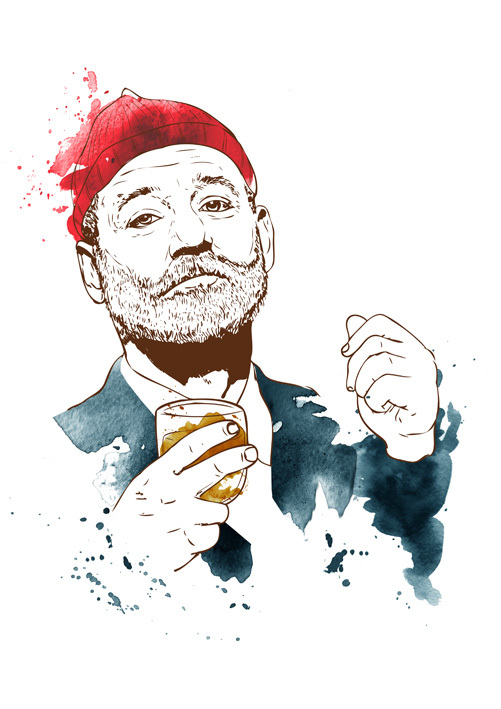 For our icon, Geo has taken inspiration from the sport, referencing the heritage of the brands we carry, while also staying true to his street art roots with the use of vibrant colour.  Enjoying the challenge of re-imagining our question mark, Geo also managed to get motion into the illustration – using Ipad pro and its various tools to add texture and colour. 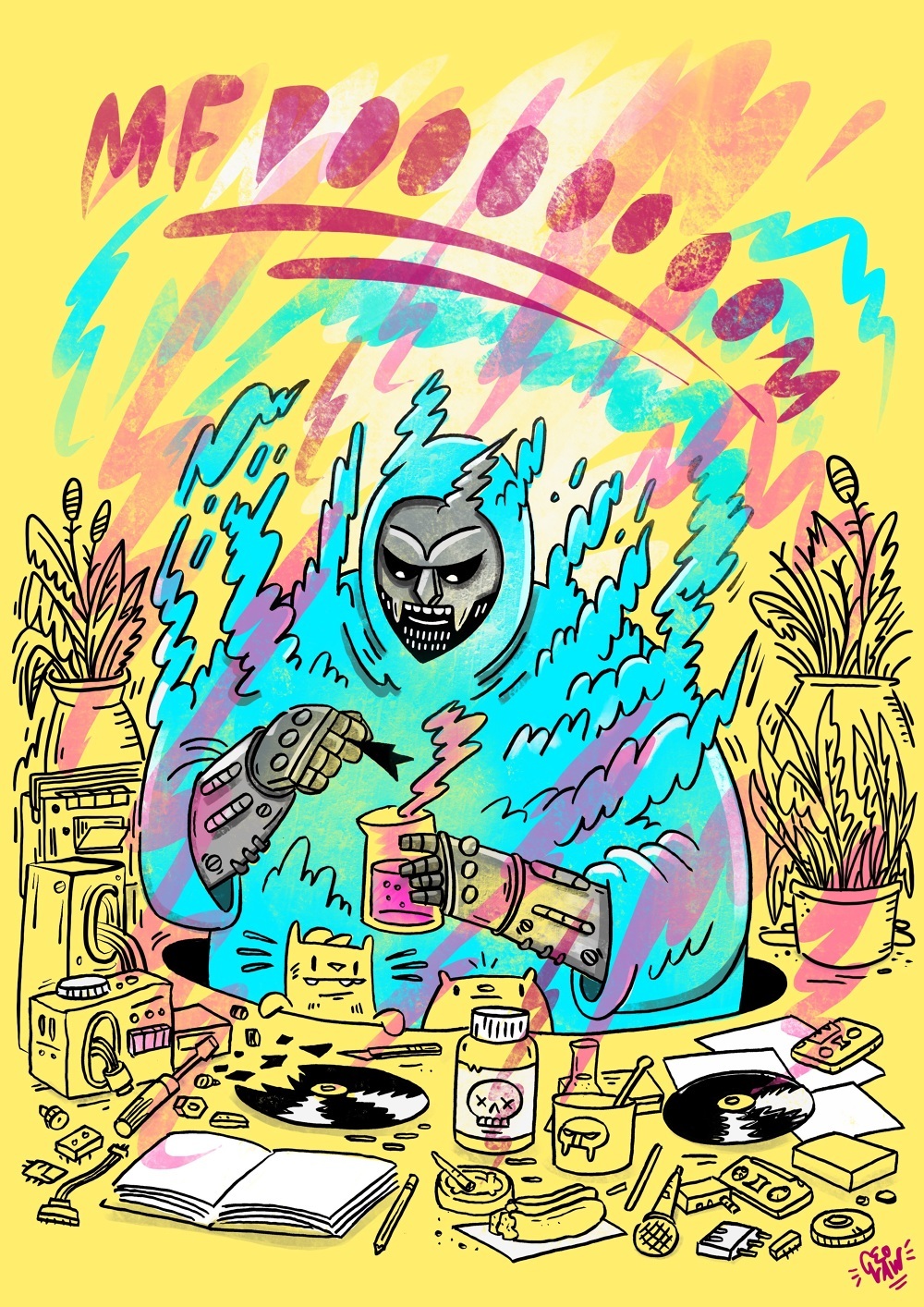 We caught up with Geo to find a bit more out about his craft and what inspired his size? Series piece: Hello George – could you tell us a bit about yourself and your style of illustration? I'm a freelance illustrator based in Sheffield but I work across many different fields from commercial to editorial illustration work. Sometimes I produce handdrawn doodled murals for clients on their office walls and other times I'll produce pieces digitally for print, web and other types of media. My style is a mix of a lot of things but I'd say it's heavily referenced from video games, comic books, street art and Asian visual culture. What inspires your work? A lot of beaty hiphop samples, internet culture, video games and graphic novels are my go to sources for new ideas and sparks. But a lot of what I see around me from other artists may spark an idea or new direction.  Could you give us an insight into your working methods and how you approach a new brief? I like to approach the brief with a couple of sketches like most in my field would do. But sometimes it might take a day or two before I tackle the problem visually, I like to ask the client many questions to get an understanding of what they're expecting. If they're giving me free reign then I'm happy with that but most of the time if the art director/ client has an idea of what they want, I like the challenge of marrying my vision with theirs to create something we both like. It can be a jarring challenge but if you nail it, it feels great like you've solved a problem both ways. Once sketches are sent off for amends and agreed upon, I'll always take to drawing and putting that drawing to screen for colouring and editing. I'm using an iPad pro with Apple Pencil currently it's sped up my work process a lot, although I do miss the feel of drawing on to paper, sometimes the speedier approach works because of deadlines and such.  You work over a number of creative disciplines, such as mural painting and graphic illustration. Do you prefer working under one style more than another? It depends, somedays I get quite mopey about having to draw murals but that's only if I have multiple jobs like those lined up one after another. Even working digitally from the studio can be jarring if you're spending days and nights stuck at your desk and adjusting on a screen. I prefer to mix the styles up and I do like working on smaller scale stuff as it gives me a lot of freedom to try new things and explore different areas. I'm trying to push this with my murals too with different ways of drawing characters and using minimal colour.   What projects are you working on at the moment? Currently I've just come off the back of some work for Google and the New York Times. I've been working on an editorial advertising campaign for the new Google Mini device which was fun. I've also been doing some work for Shortlist and Stylist Magazine for some campaign for First Direct Bank. A lot of commercial and editorial recently. In my spare time I've been working on a smart phone game based on a character I created called "Knives Meow" with a student at Sheffield Hallam, so that's pretty exciting. I also want to work on a series of risograph prints too, I like working on prints as I get to work on things that interest me, like drawing portraits of tv shows and rappers I like.   What’s the current creative scene like in Sheffield? Currently it's pretty buzzing we have some great artists and little scenes going on. We've got a few punk DIY gig spaces along side screen printing start ups and a host of artists such as Kid Acne, Tom J Newell and Mila K based here. We all cross paths and keep tabs on everyones working on and there is a nice vibe here, everyone encourages eachother to do new and exciting things.   You head up Hantu Creative – is this a purely fashion focused side to your work? Unfortunately I don't hold this role anymore I left the creative director's role a few years back to pursue my freelance career. But yes at the time it was a street fashion project for me and a means to try interesting ideas with my graphics work on all sorts of garments. Mainly t-shirts and crew necks were a good canvas to work with but like all things I just wanted to try something else in the end. Have you always held an interest in apparel? Oh hell yes, I'm a big collector of clothes and sneakers, I guess apparel is universally something you're interested in whether it's wearing, collecting or conjuring up designs for.  What inspired the illustration you’ve presented for our size? series? Could you talk us through the creative process? As soon as I was approached to be involved in the project I wanted to create something that was vibrant and full of energy. I thought about the type of apparel and footwear that Size? is known for and primarily it all originates from sports and leisurewear so I wanted to mix and match the energy from that and of street art. The ? is also a lovely shape to work with, it's got a lot of motion in it so I just kind of took it from there and made sure the illustration had some movement and colour to it all. I used the iPad pro and pencil with it's various brushes to see how much texture I wanted to put into the artwork, it's quite a fun process of digitally mixing colours and textures much like real painting but there's a kind of cleanliness to it. I'm pretty happy with how it all came out in the end though! 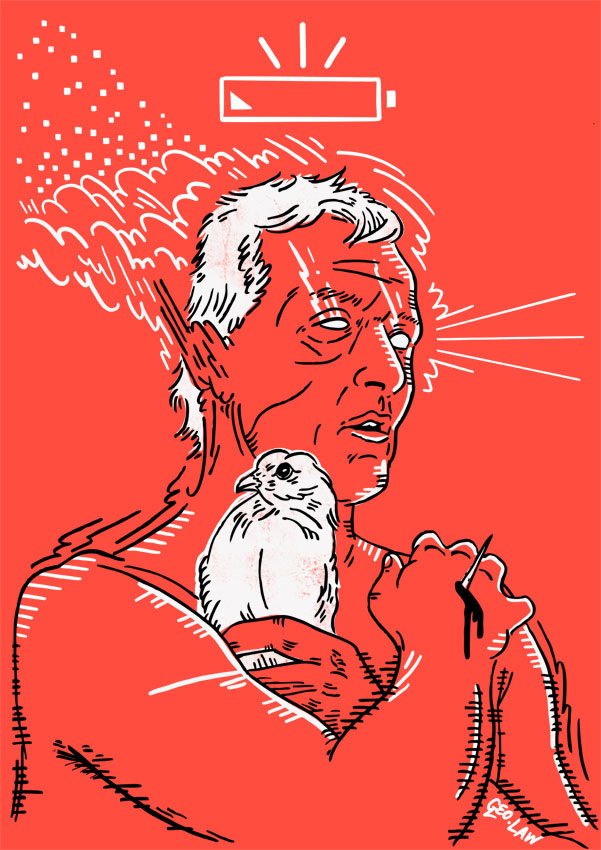