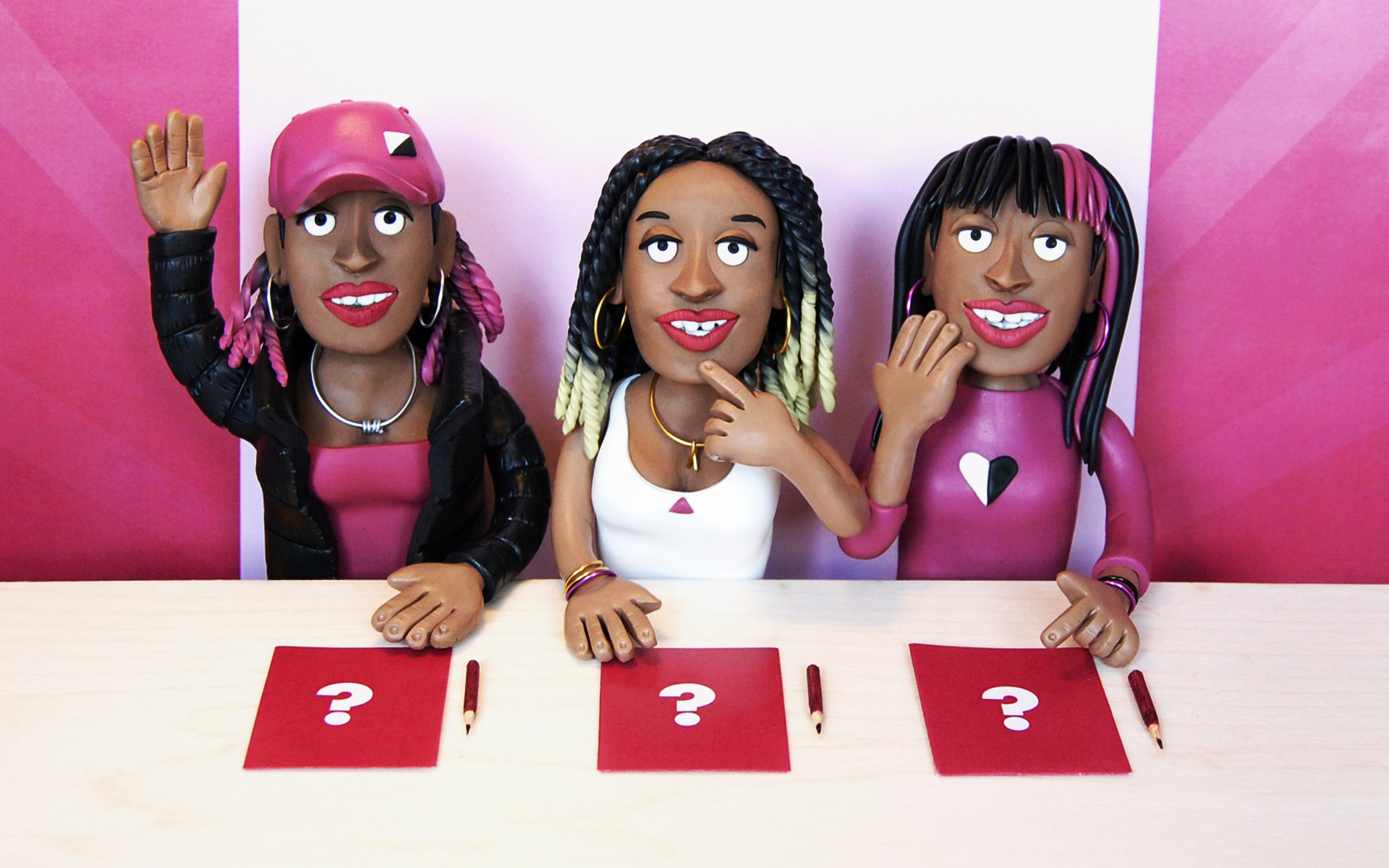 The next artist we’d like to introduce for our size? series is Midlands based creative Lizzie Campbell who works under the pseudonym ‘Clay Disarray’. Working out of her home studio, Campbell’s work and methods differ slightly to the other creatives we’ve presented - Lizzie molds characters and subjects out of polymer clay, before adapting the created character or characters into an illustration. Clay Disarray is also the name of Lizzie’s home based studio. Campbell graduated from the Birmingham Institute of Art & Design, studying Visual Communication, specialising in illustration. 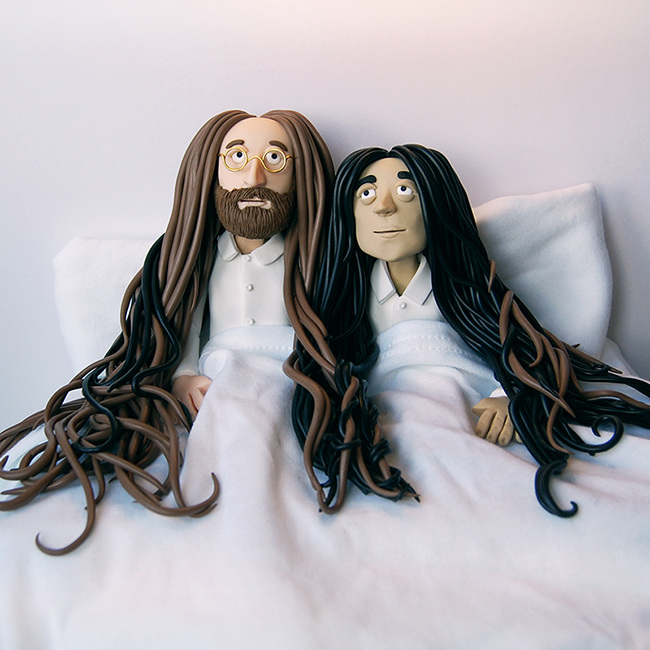 Campbell’s work takes inspiration from music, film and other contemporary artists. Lizzie’s latest illustrations have predominantly been with iconic cinematic images - depicting posters that inspire her creatively - re-interpreting them in her own unique way. A current project of Lizzie’s has seen her re-imagining posters from 14 horror movies, a genre Campbell has a personal affinity with. Lizzie has also had the honour of having her work exhibited at the 2015 ‘Breaking Bad’ exhibition, curated by legendary illustrator Ralph Steadman. 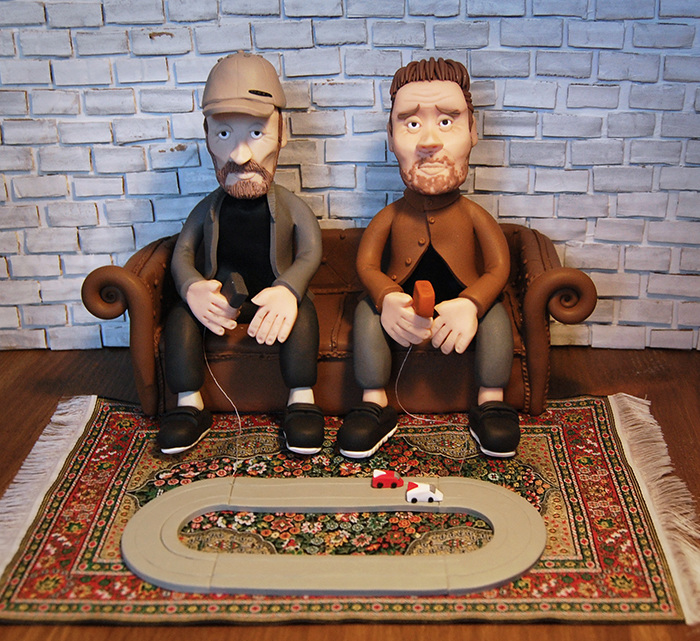 Campbell’s creative process begins once a subject has been decided on, from there the chosen character is sculpted from polymer clay. For the next element of the process, the character is photographed and then manipulated through Photoshop until a final image is produced in Lizzie’s unique, individual style. Clay Disarray’s extensive client list includes; BBC, Universal Music and Sony Pictures Home Entertainment, amongst others. 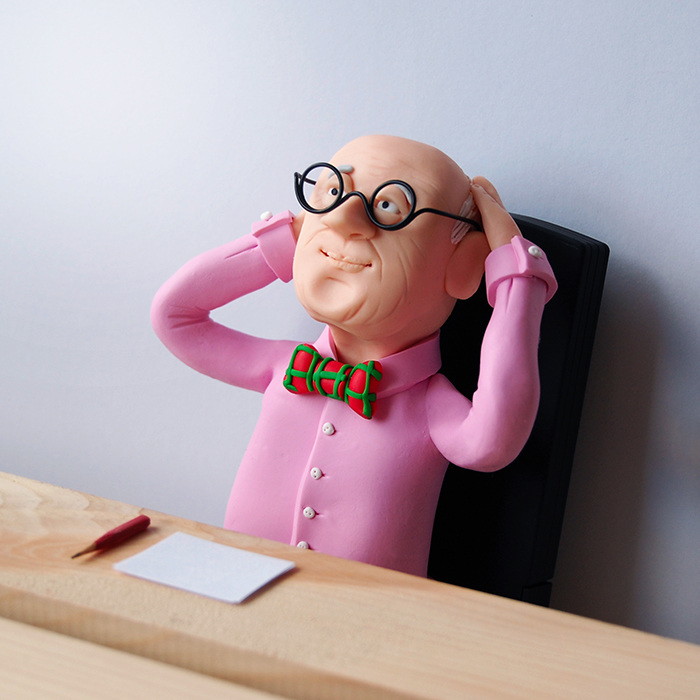 In-keeping with Lizzie’s love for music and popular culture, her interpretation of our icon takes inspiration form Destiny’s Child and their ‘Independent Women, Pt 1’ video - the iconic track and music video, a source of empowerment for women. We find our iconic question mark in front each of three teenage girls re-enacting their favourite pop stars video. The piece has been created in Campbell’s unique style of illustration. We caught up with Lizzie to find out a little bit more about her work and the creative process behind it: Hi Lizzie. Could you tell us a little bit about yourself and how/why you started to work under the pseudonym ‘Clay Disarray’? I’m a clay illustrator based in a village near Coventry with my partner and French Bulldog. I spent most of my working life in the charitable sector, but feeling like I had a large creative itch to scratch, I returned to art school in my thirties to study illustration. I’ve always had a passion for illustration and I spent many years trying different mediums and disciplines but I really struggled to arrive at a style that felt uniquely my own. Once I started working with clay, however, I felt a real connection to the material and was really interested in its potential for image making. As I’ve a pretty common-ish name, I was keen to use a pseudonym for my work. I arrived at ‘Clay Disarray’ really because of how much physical space polymer clay and various props I’ve collected over the years has taken up in my house! Having been very used to having a neat and organised space at home, I kind of struggled with the transition for a while, so I think it’s a pretty apt moniker. You have a unique method to illustration, starting out by sculpting characters out of polymer clay. Was it an organic transition or a conscious decision to use clay in your work? I think it was more of an organic transition, as I discovered air-dry clay at a workshop while at art school and I loved the results I was suddenly able to achieve – even though I’d cringe at them now! I continued experimenting with clay while working on other projects and over a year or two, it got to a point where I worked pretty much exclusively with polymer clay. You had your work exhibited at the 2015 ‘Breaking Bad’ exhibition. What was it like to have your work selected by legendary illustrator Ralph Steadman, in one of his curated exhibitions? This was completely amazing as who doesn’t love Ralph Steadman? Seriously, he’s a hugely gifted illustrator whose work I’ve long admired, so it’s definitely one of the moments I try to remember when I’m having a rubbish day in the studio and feel like packing it all it! You reference popular culture, particularly movies and cinema in your illustrations. How do you decide which movie posters to recreate? Do you have to personally enjoy the movie, or does the film need to have an interesting image to re-interpret? I need to have a personal connection with a film when creating a poster, as there’s such an investment of time and materials when it comes to creating a clay illustration. Nostalgia definitely plays a big part in the process too as many of the dark genre films I’ve chosen to work with are reminders of my own childhood and teenage years (even though I was way too young to watch them!) Could you tell us a little bit about the piece you’ve presented for our size? series, what the inspiration was for the illustration and the creative process you go through to get to the finished product? When asked to create an illustration themed around the question mark, I instantly thought of ‘Independent Women, Pt 1’ by Destiny’s Child. Not only is it an amazing song of empowerment for women and girls, but the music video is really iconic, so I created a scene of three teenage girls emulating their favourite pop stars. In terms of my creative process, I’ll sketch out a scene before I start on model making or putting a set together. As sculpting a character is a really lengthy process I need to ensure I have most things worked out before I start, such as positioning of figures, what they’re wearing and how they relate to each other, but I often change elements or slightly rework ideas during the crafting stage. Once I have all elements in a set together and I’m happy to proceed, I’ll then work on photography. This again can be pretty time consuming as my ultimate aim is to get that one image where everything ‘works’, which I’ll then tinker around with in Photoshop. There’s a lot of work that goes into each illustration I make, and the process is undoubtedly challenging at times. Ultimately I think it’s all worth it as my main aim is always to make illustrations that look and feel uniquely my own. 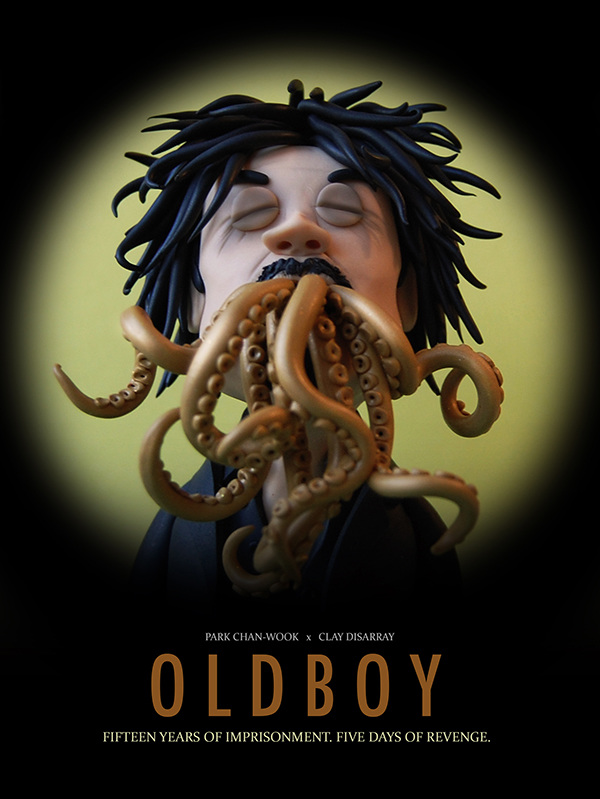