The next artist we’d like to introduce for our size? series is creative and illustrator Eliot Wyatt. Eliot, based in Bristol, is a freelance illustrator and member of Puck Collective – an evolving group of creatives founded in 2010, who create small publications as well as producing exhibitions. Eliot started illustrating at a young age, before going on to study Graphic Communication at the University of Bath, eventually finding his way as a freelancer. Being based in Bristol – a hub of creativity -  also inspires Wyatt’s work, with contemporary artists on the scene all pushing each other on to create new, interesting art. 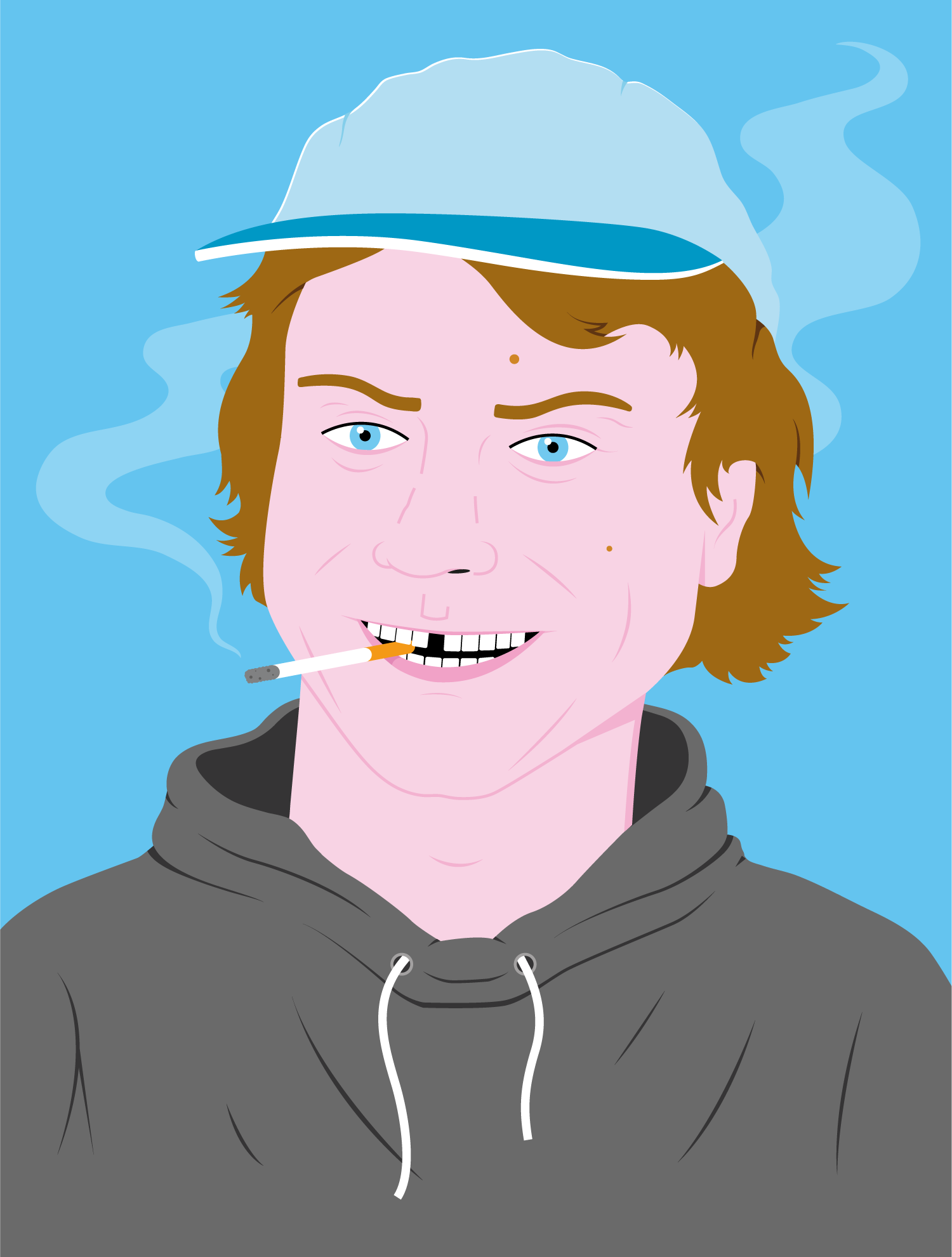 Eliot Wyatt incorporates bright and flat colours in his work, striking the perfect balance - creating fun and weird animated characters in each piece. Wyatt keeps his work simple and accessible, sticking to a limited colour palette to create a unique style of illustration. Eliot’s work usually starts off as a hand sketched drawing, which is then scanned and re-created digitally. Eliot Wyatt’s broad client list include; Google, Nokia, Microsoft, ASOS, Saatchi & Saatchi, Airbnb, New York Times, TCO London, Time Out mag and Mixmag. Eliot has also contributed to the ‘What I Love About Movies’ book from Little White Lies – a collection of testimonies and illustrations featuring some of the biggest names in cinema. Other projects Wyatt has worked on include crossing over to the world of music, re-imagining cult heroes such as Mac Demarco and David Mancuso, in his signature style. 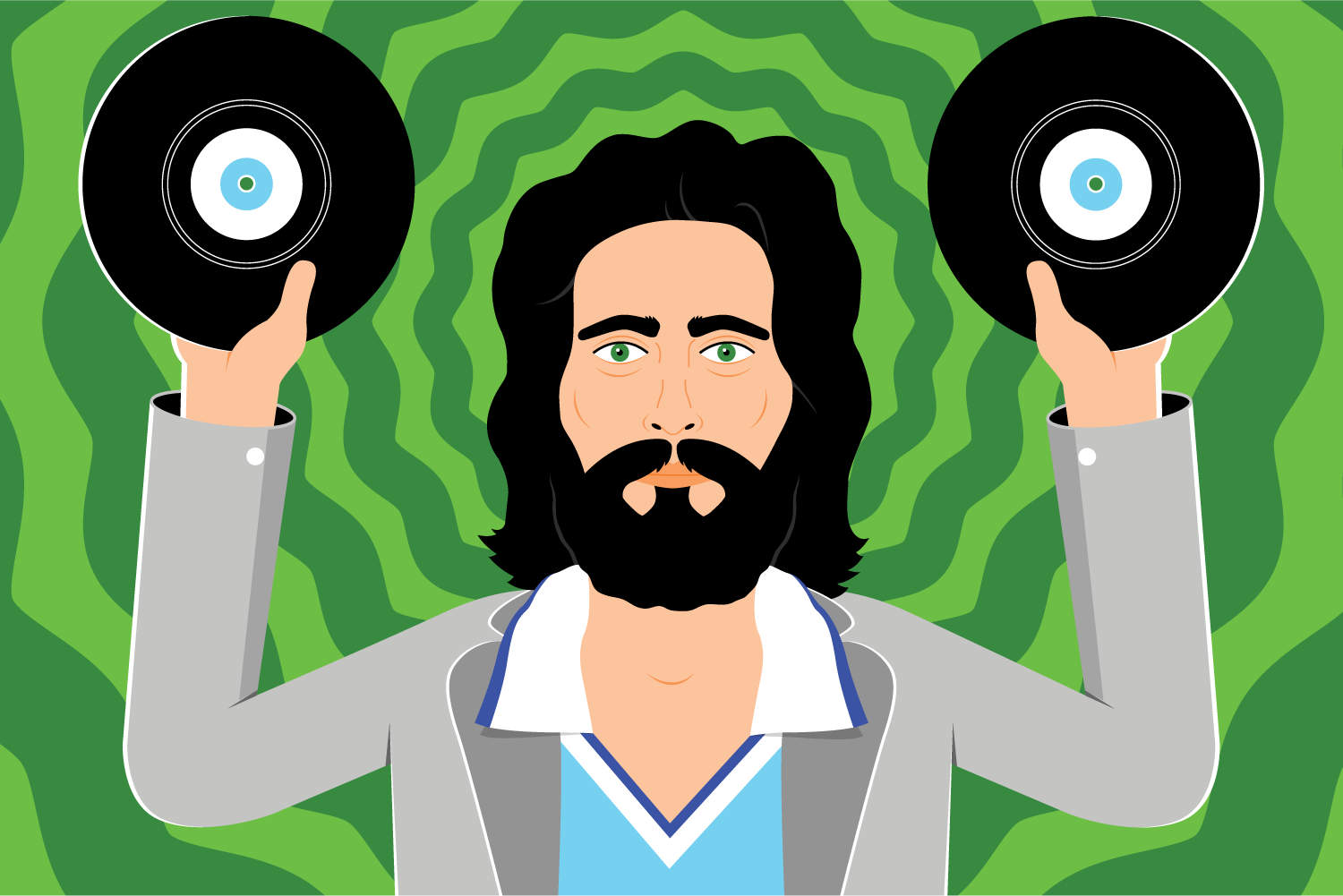 Wyatt has re-interpreted our icon in his typically unique style, utilising a broad spectrum of vibrant colours to compliment the piece. In-keeping with Eliot’s style of creating fun and weird animations, our question mark is depicted in a psychic’s crystal ball. Open to interpretation, the playful animation could be a play on the question mark theme, as psychic’s often initiate more questions than they answer. We caught up with Eliot to find out a little bit more about his work and what inspires his practice: Looking back through your past work we can see it’s very digital focused, are there any hand drawn parts of the process of building an illustration, or is everything created in-computer? Because so much of my process of working is on the computer, I try to push to keep everything analogue for as much of my process as possible. The beginning of any illustration will start in my sketchbook as a barely recognisable thumb nail sketch. I will continue to develop and redraw the sketch until the idea is fully fleshed out. Only when I have a solid sketch do I move across to working digitally. Do you find your creative process vary from client to client? Will you often have a few different concepts in mind when a brief is presented to you or can a more finalised idea come to you quite quickly? I approach most projects with clients the same way through a series of sketches that explore multiple ideas. Often an idea can be so strong that it pushes every other idea out of the way, but I find the more you dig and explore, the stronger and more rounded an idea can become. How do you feel the creative scene in Bristol helps nurture your work? Bristol is great, it harbours so many awesome creatives so it keeps me motivated to create better and better work. When you see so many of your friends creating interesting work (not solely illustration) you struggle not to want to rip open your sketch book and start drawing. The colours on each piece are very vibrant, almost acting as a bit of a signature end of the spectrum for you. Has this been a conscious decision to stay colourful throughout your career? At the beginning it wasn't a conscious decision, I just found I was drawn to working with a bright colour palette. As time has gone on it has become a signature part of my work, recently however with the new work I create I have been trying to explore more ways to apply colour so to avoid it looking too familiar. Could you tell us a little bit about the piece you’ve created for our size? Series? what’s the main idea behind the illustration, and how did you get to the final product? I have always found psychics to be pretty weird and find they bring up more questions than they answer, so thought that would be a fun idea to play on for the illustration. 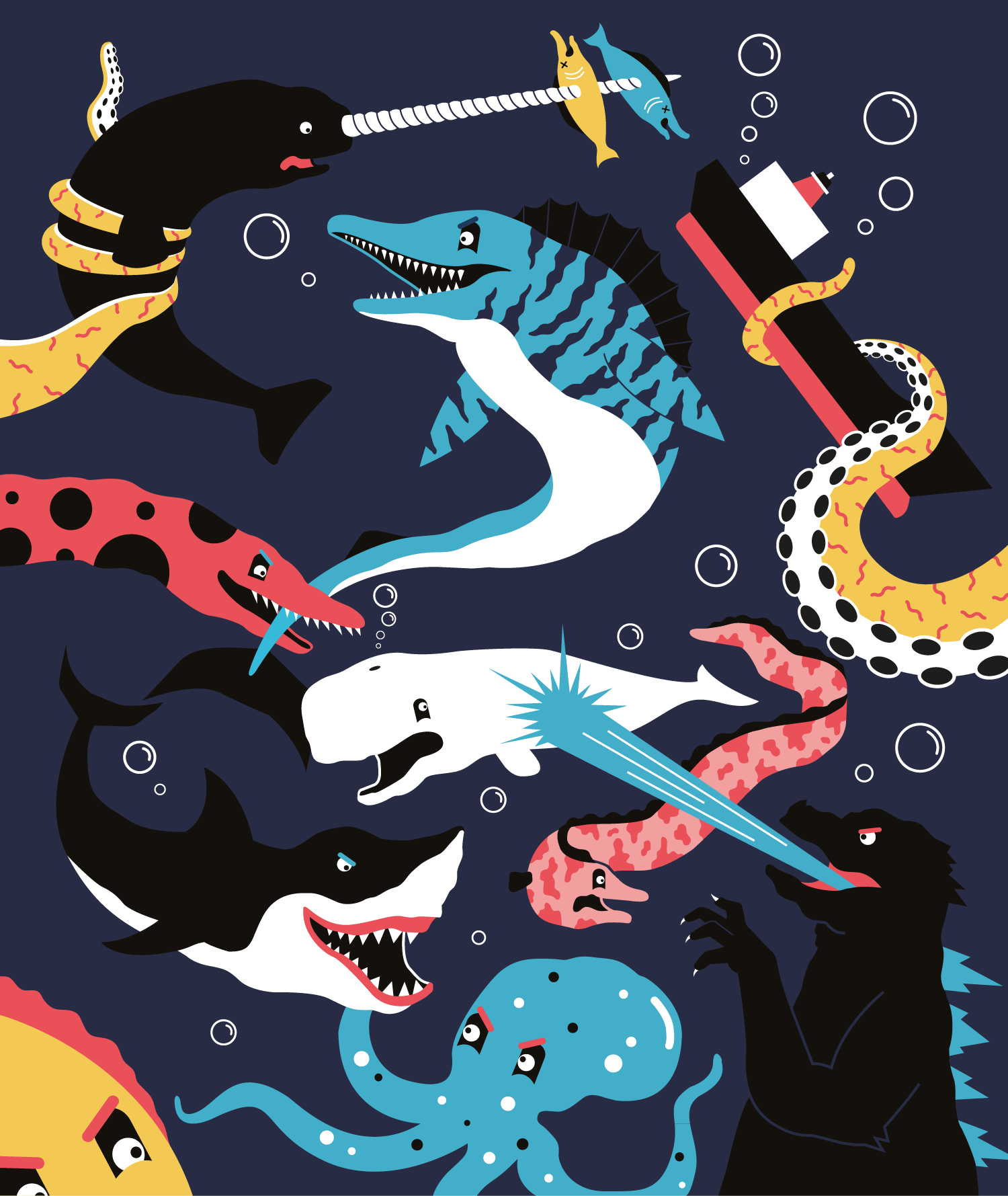