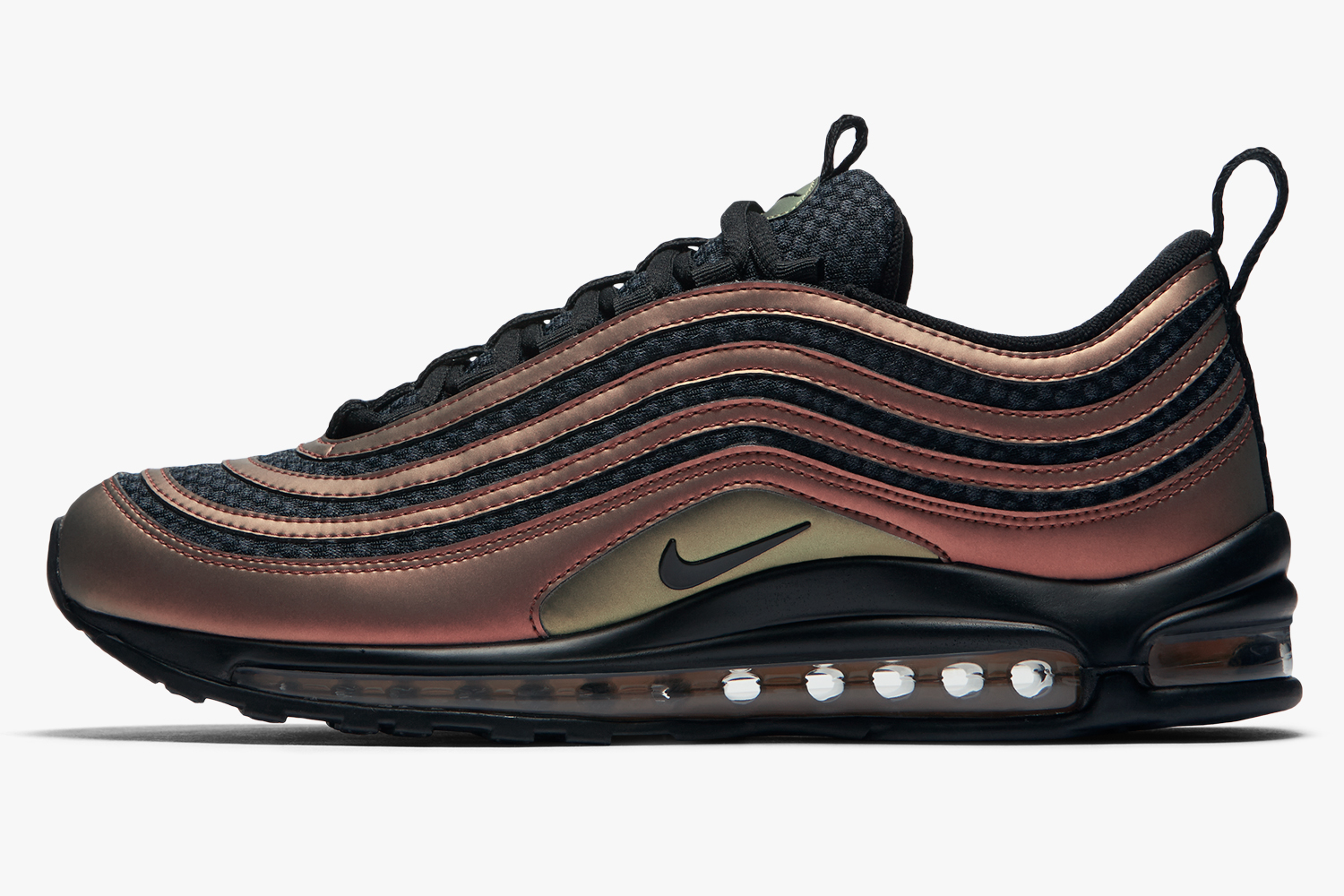 After rumours of a collaboration began bubbling under the surface months back when photos surfaced of a 'Blacklisted' themed Classic BW, Nike have finally announced their collaborative venture with Grime pioneer Skepta. 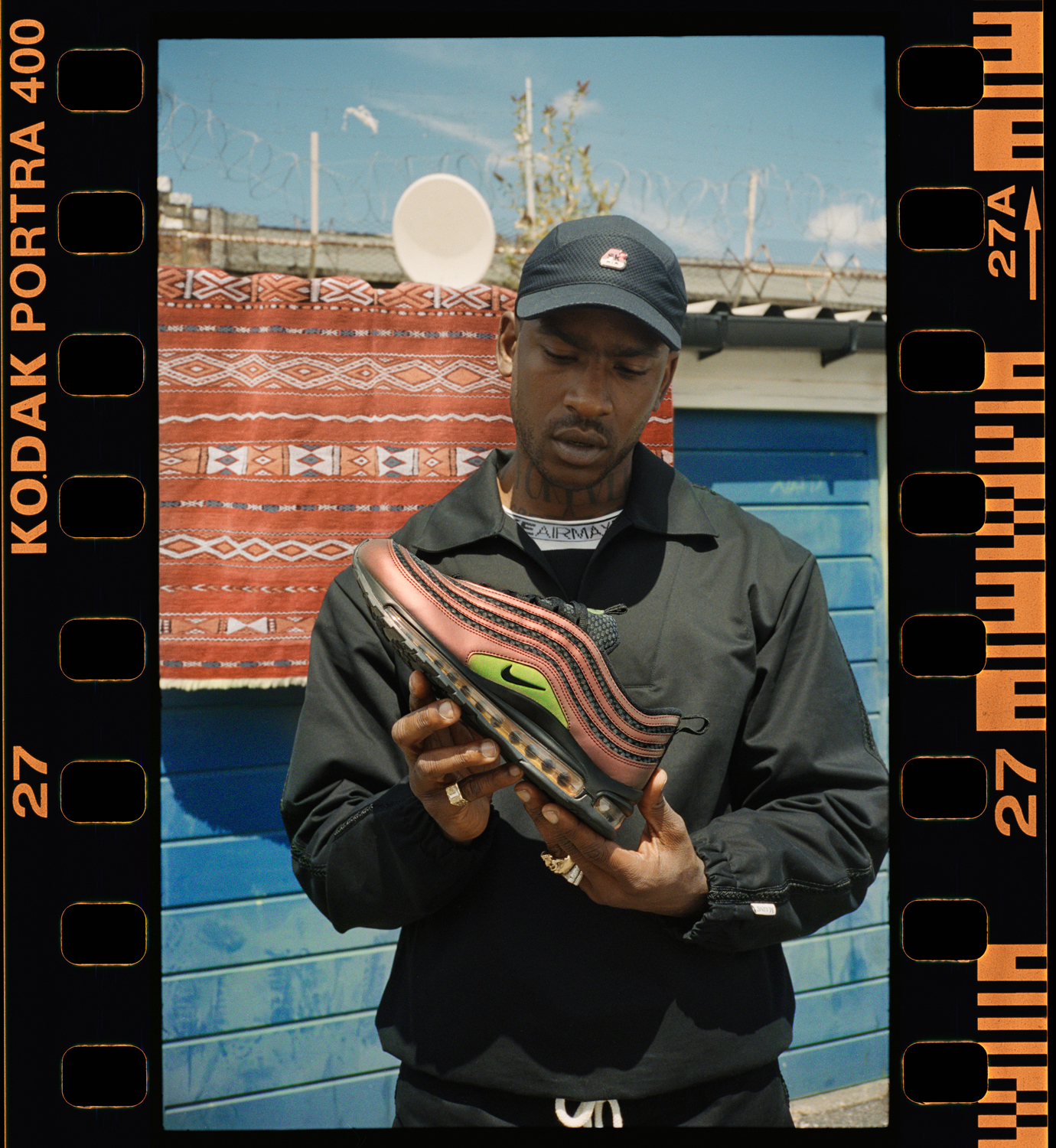 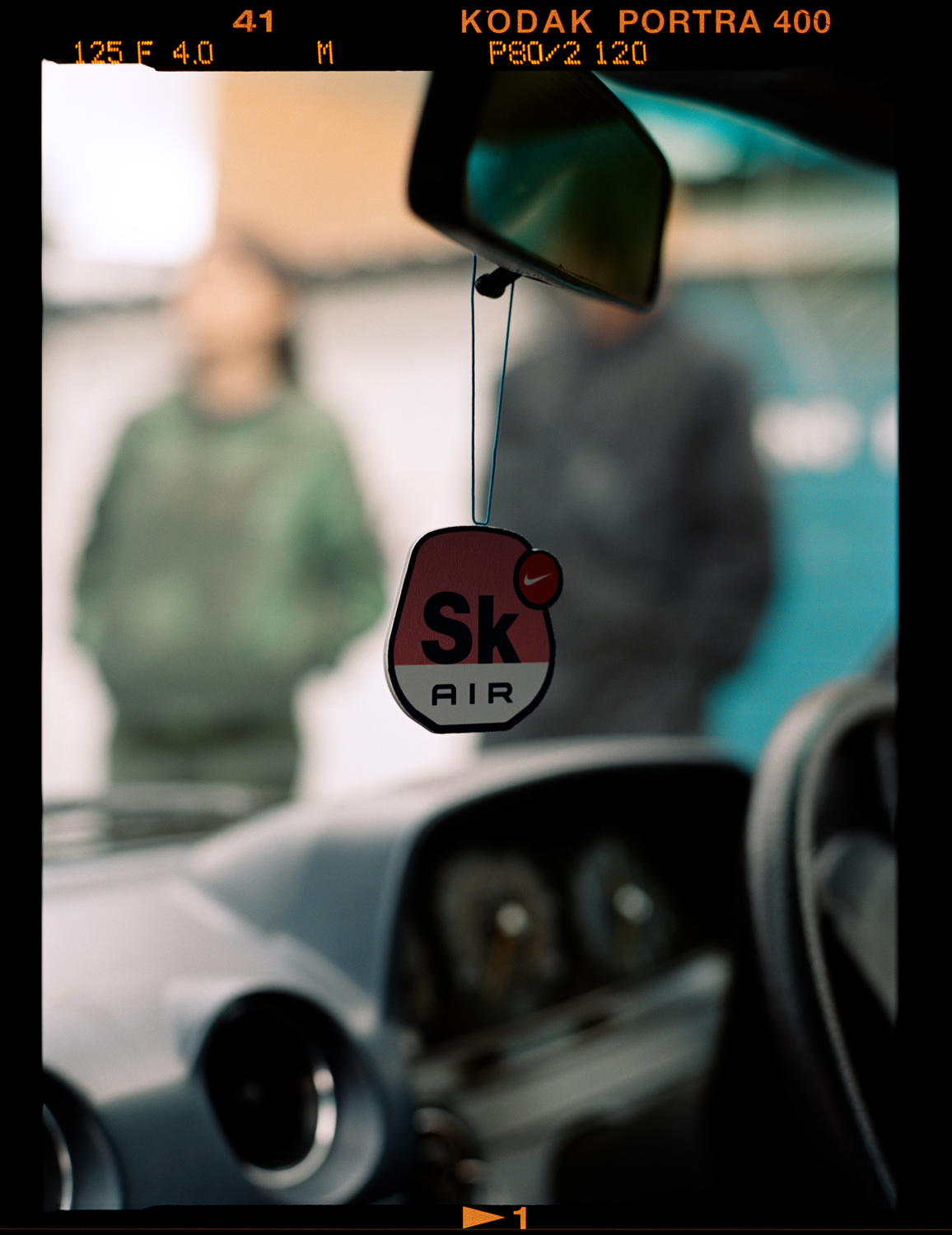 As a consumer, Skepta's had a relationship with the brand for years, and is in some parts responsible for the recent surge in relevance for many different Air Max silhouettes. The Tuned Air range in particular struck a chord with him, and it's these creations that spawned the idea of a colour-up for this new release. The iridescent upper harks back to 1999, when a Nike Air Tuned Max released with it's elaborate oil-like upper that changed colour from every angle. The Tuned Max itself was a move in from the Air Max 97 in terms of design and functionality, but you can definitely see the link between the two. This collaboration is almost a full circle of sorts with each shoe hinting at the other to create something new. 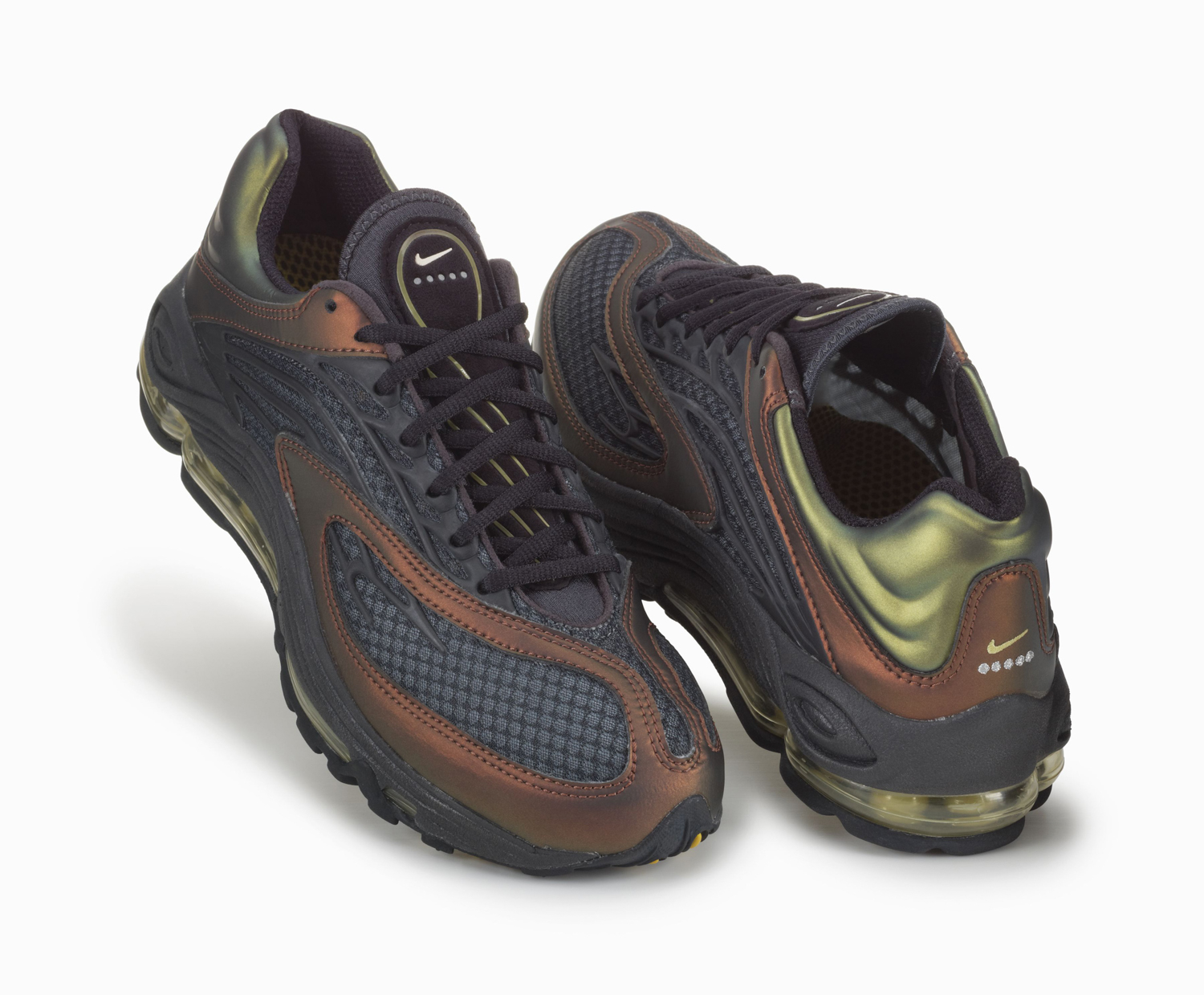 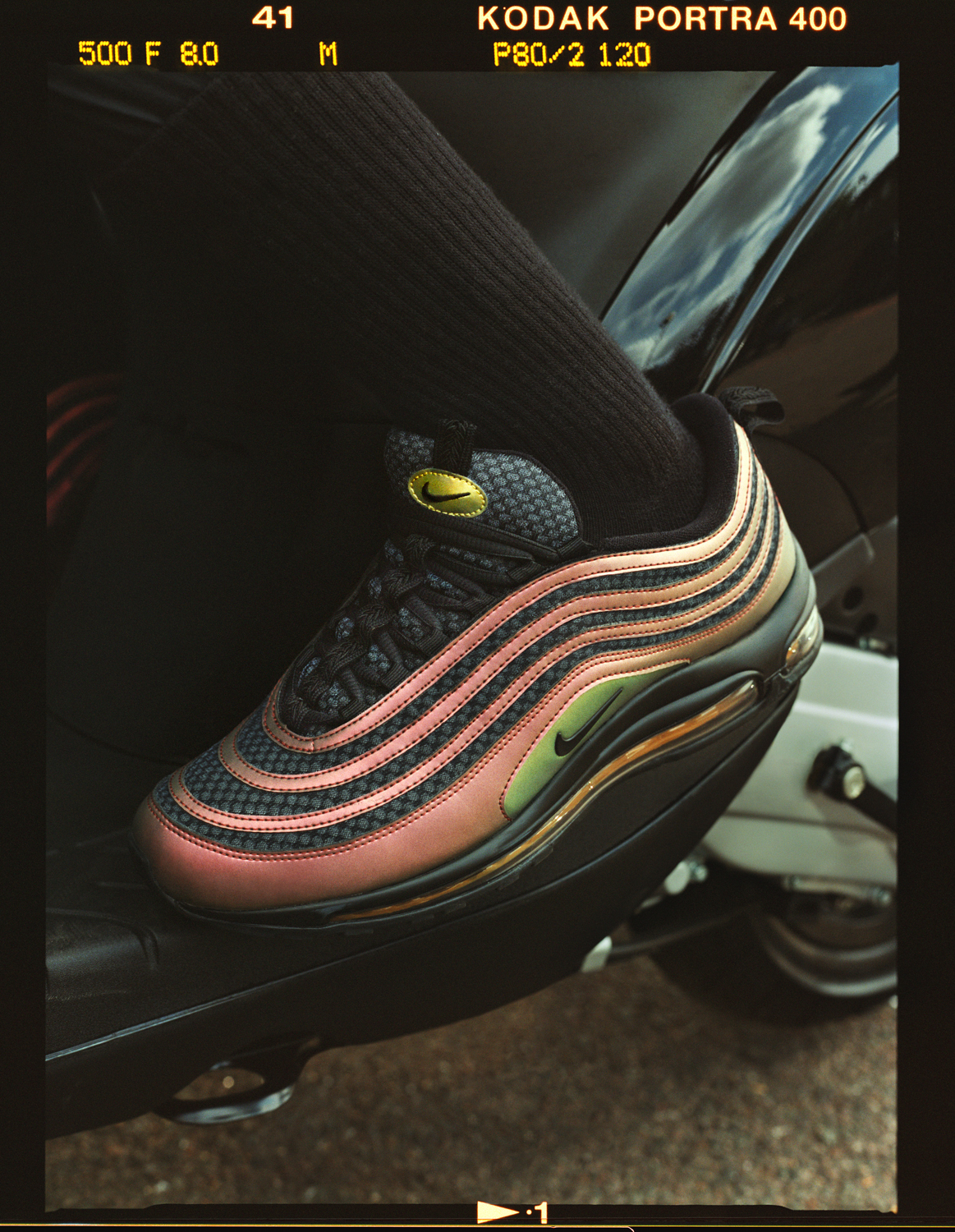 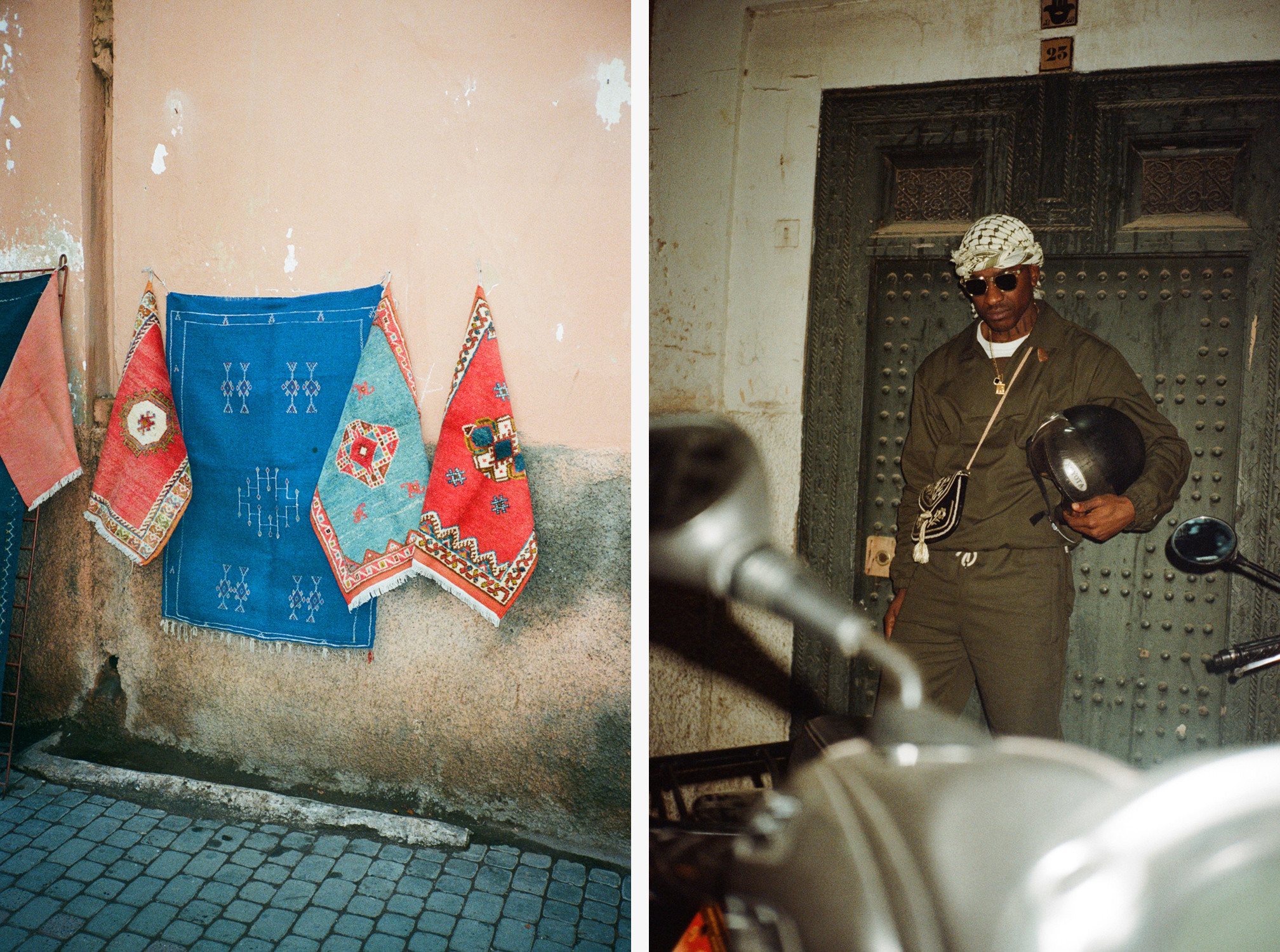 Thematically, the shoe references Skepta's spiritual home away from London, Marrakech. Embroidered elements found on the tongue and heeltab and reminiscent of those textures and patterns found while exploring the Souk's of the city, chaotic marketplaces that in some way might have reminded him of home. The Tuned Max was a source of inspiration as it was the first shoe Skepta saved up his own money to buy, so there's that personal nod back to his own history there. Adding to the personalisation element, an 'Sk' logo following the design foundations set by Air Max collections from years gone by has been placed on the insole of each shoe, with the shape referencing a UK plug. The Skepta x Nike Air Max 97 will be available online and in all size? stores on Saturday 2nd September, priced at £145. 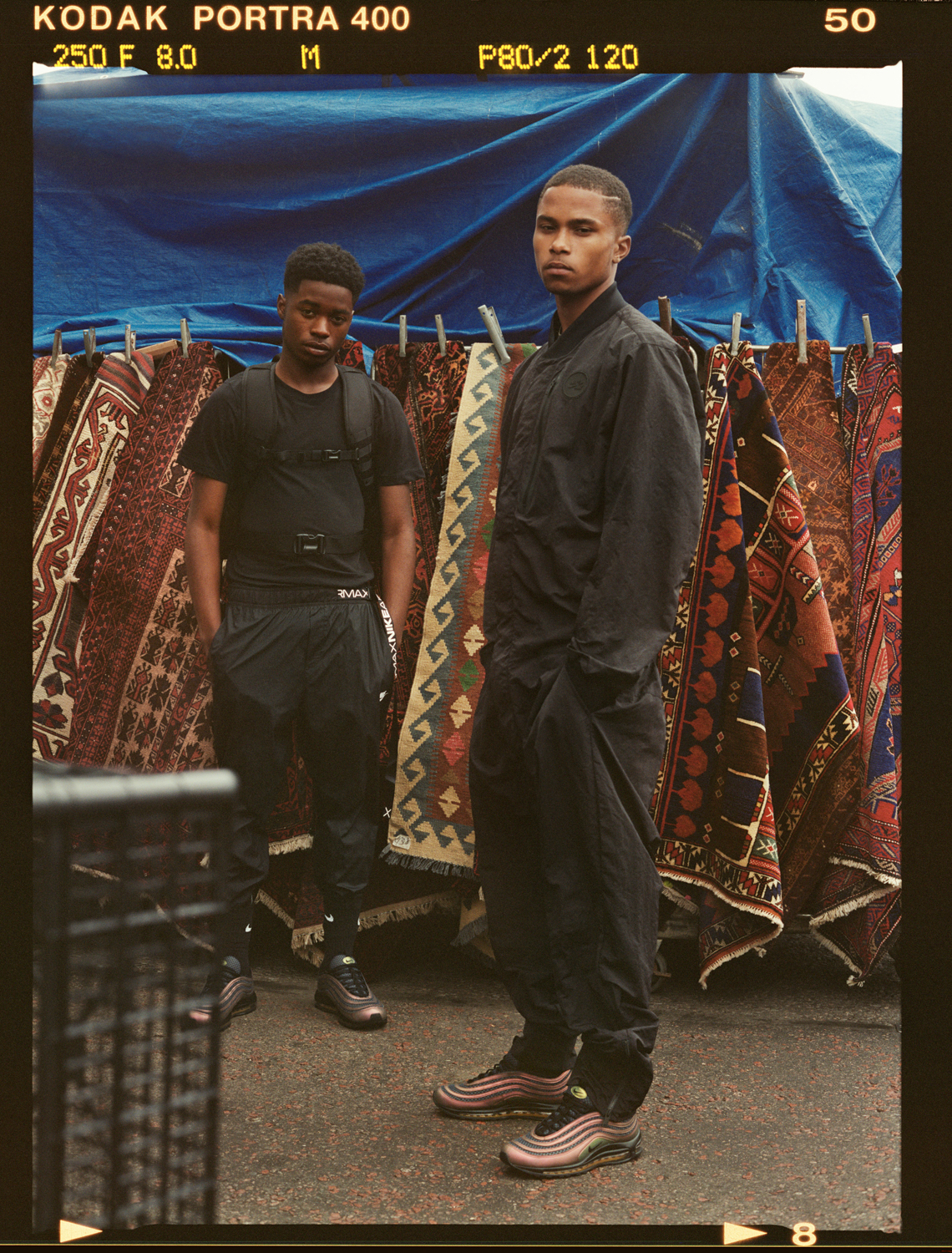 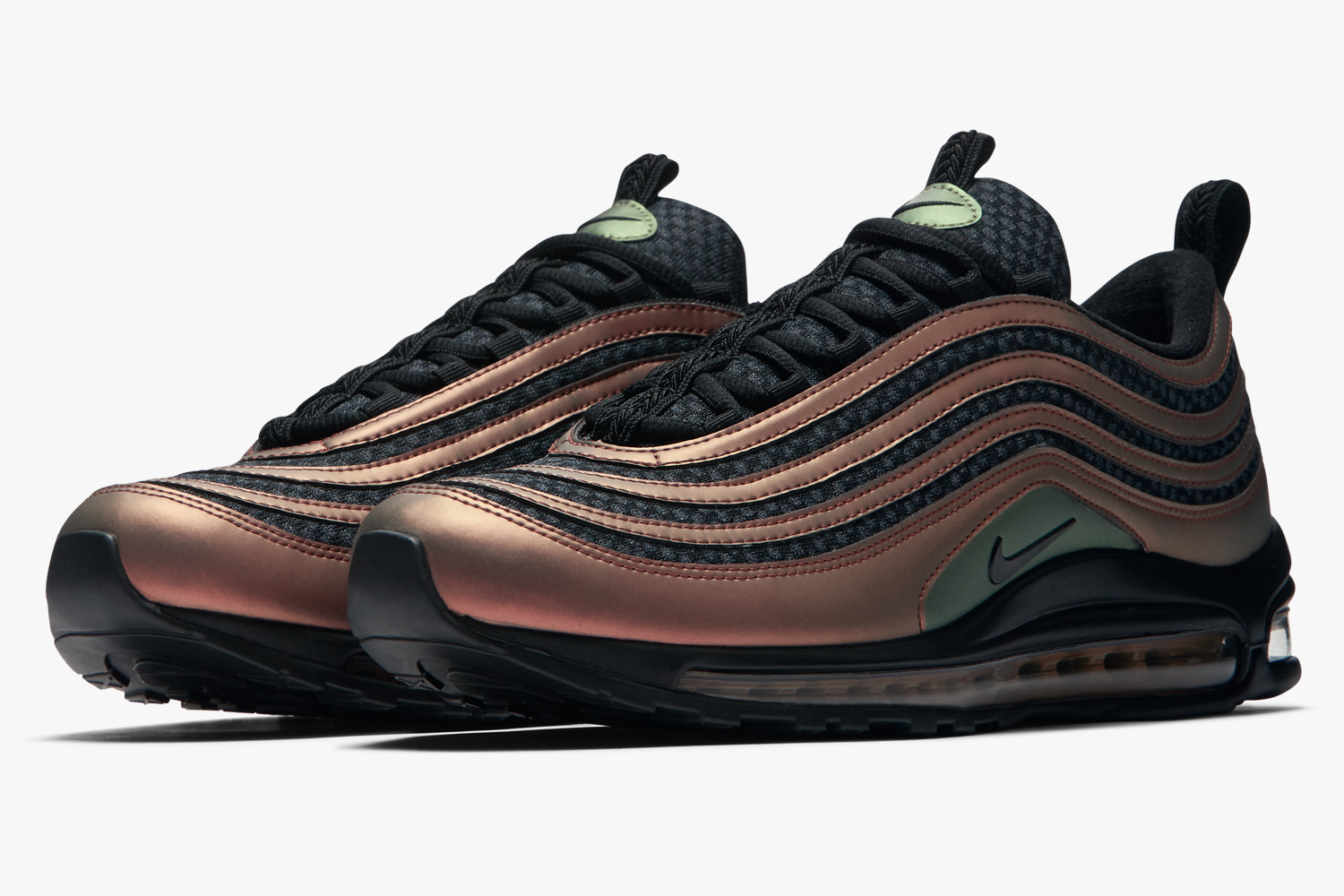 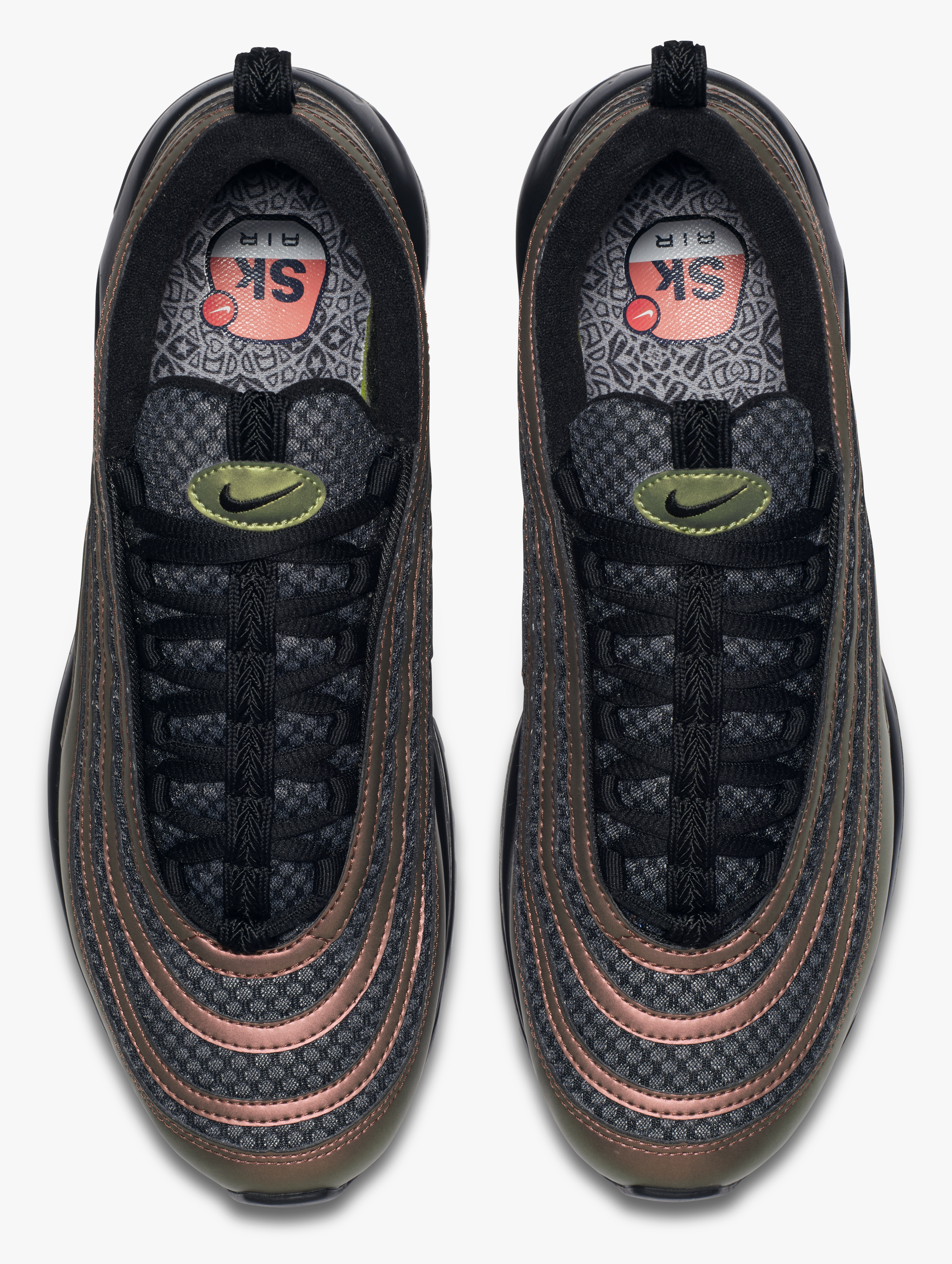