https://youtu.be/geXQ7MY9Zkk Bruce Kilgore’s basketball icon only gets better with age. The timeless Air Force 1 has bridged the gap between performance footwear and lifestyle ever since it’s inception in 1982. The original white/white make-up has stood as a favourite for decades, and provided the perfect canvas for untold colourways to keep reinventing itself. 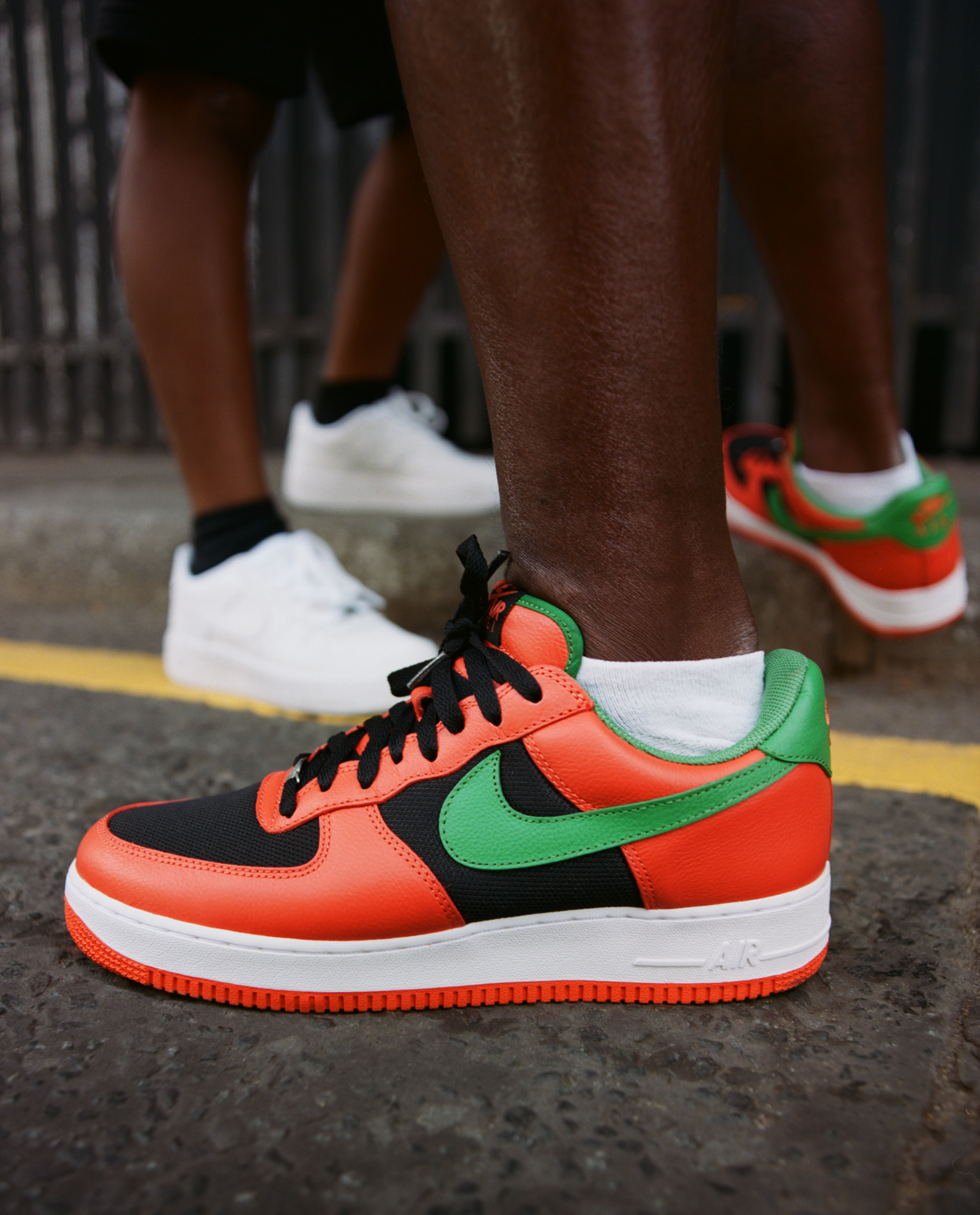 2003 saw two very special localised versions created to commemorate London’s vibrant Notting Hill Carnival, a coming together of international cultures that descend on the area to celebrate for the whole of the August Bank Holiday weekend. Materials wise, the original Carnival pack made use of some of the great foundation materials that made the Uptown such a sought after shoe throughout the mid 2000’s, thick leather panels sat on top of a wide-mesh underlay seen on the side wall and toe box. 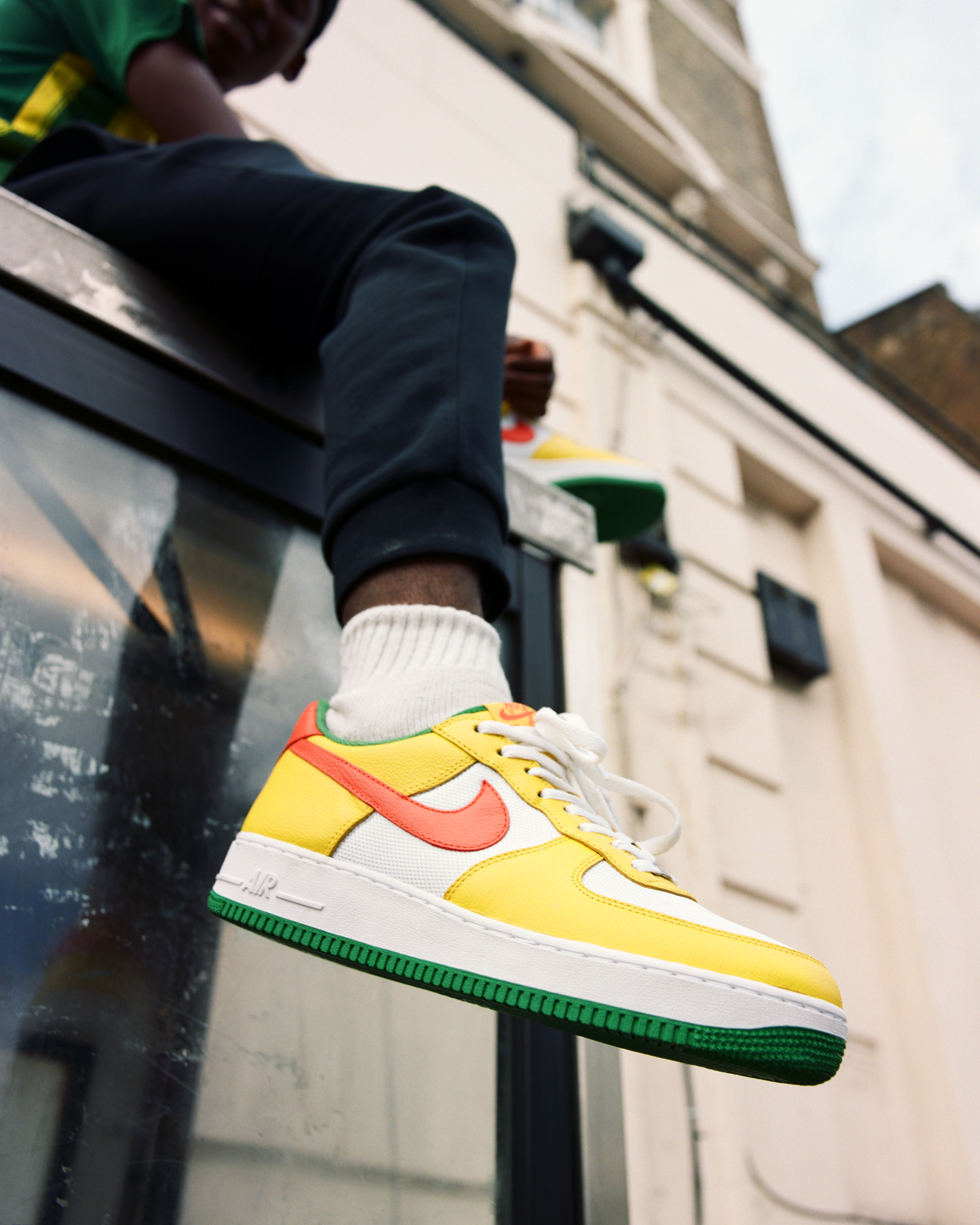 Each colourway makes uses of a range of flavours found around a carnival, the first pair uses a triple combination of black, red and green, and the second pair switches the placement up and introduces lemon yellow and white. Fast forward 14 years later and the duo are due to make their appearance again just in time for this years Carnival, and look extremely close to the originals. The only real visible update is the addition of a ‘Love, Peace, and Unity’ graphic on the insole, a direct nod to the meaning behind the Carnival to unite all cultures under an eclectic soundtrack. 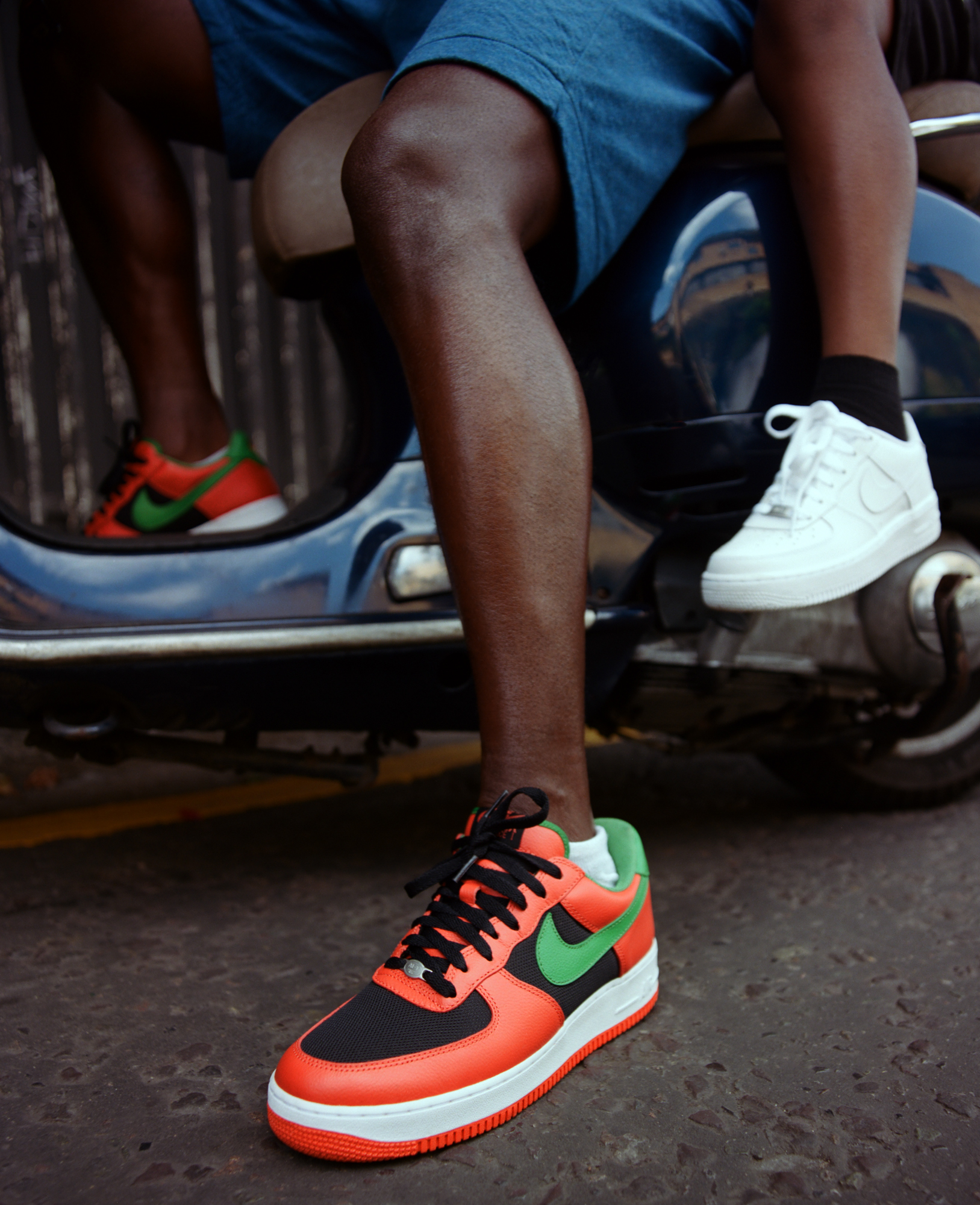 Heading up our visuals for the campaign are Amber, Libby and Honor Letts, daughters of cultural stalwart Don Letts who himself has been heavily involved with the event for years. Amber has lived on Portobello Road at the heart of the Carnival since she was 16, and her younger sisters represent a new generation of youth discovering the sights and sounds of the event, and showing how it caters towards all ages and backgrounds. Both colourways of the Nike Air Force 1 Carnival will be available online and in size? Carnaby Street, Brixton and Harrods only, priced at £100. 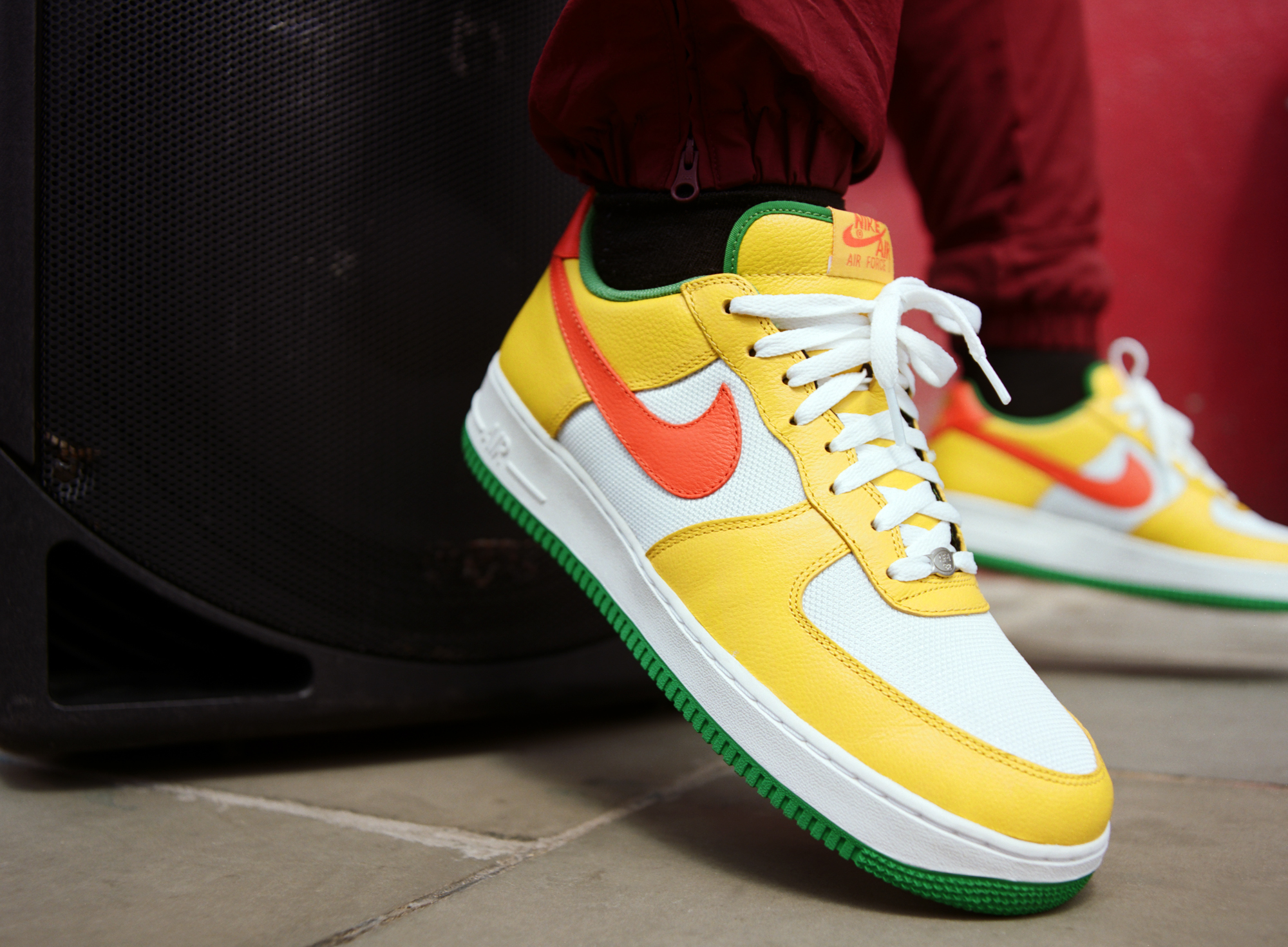 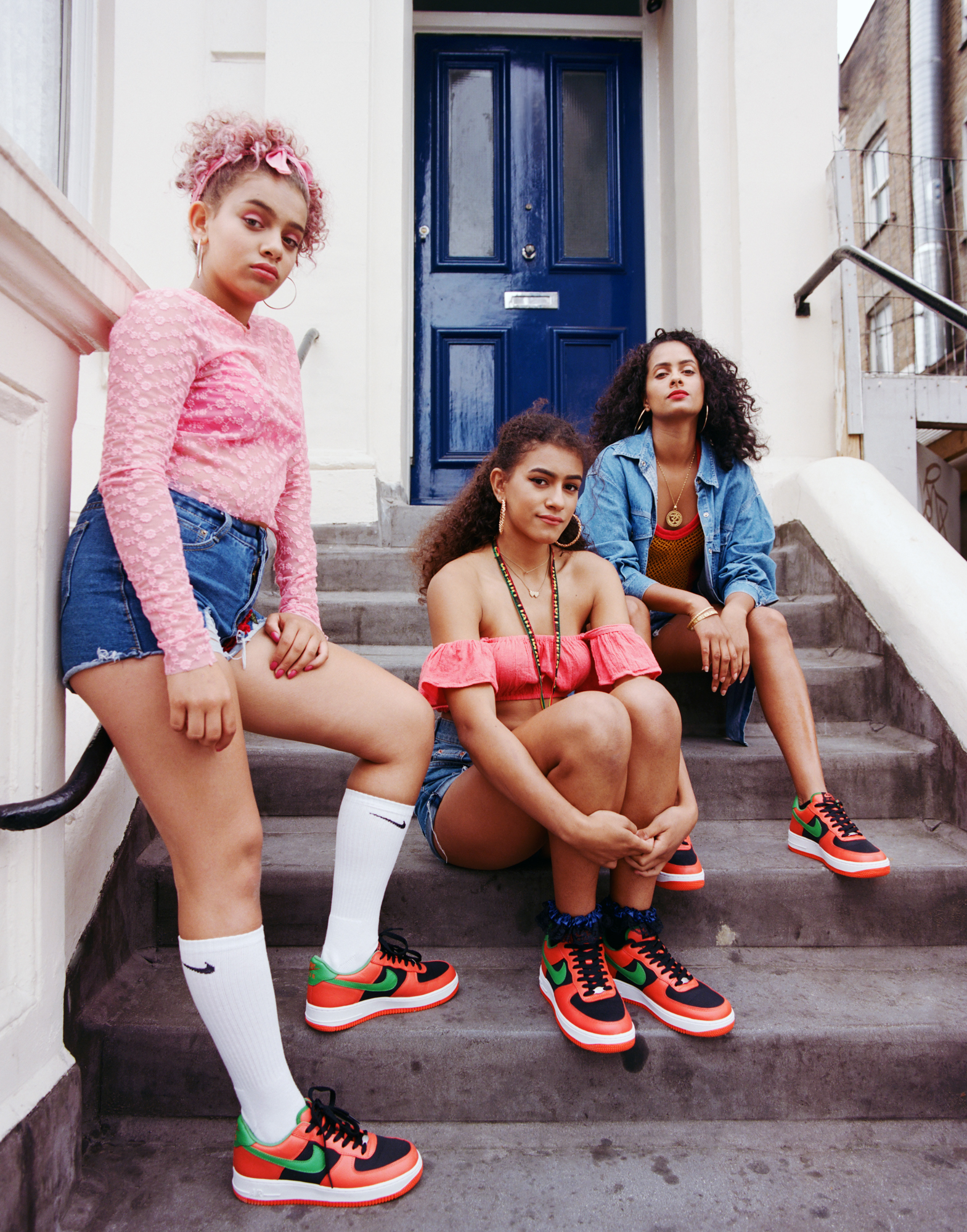 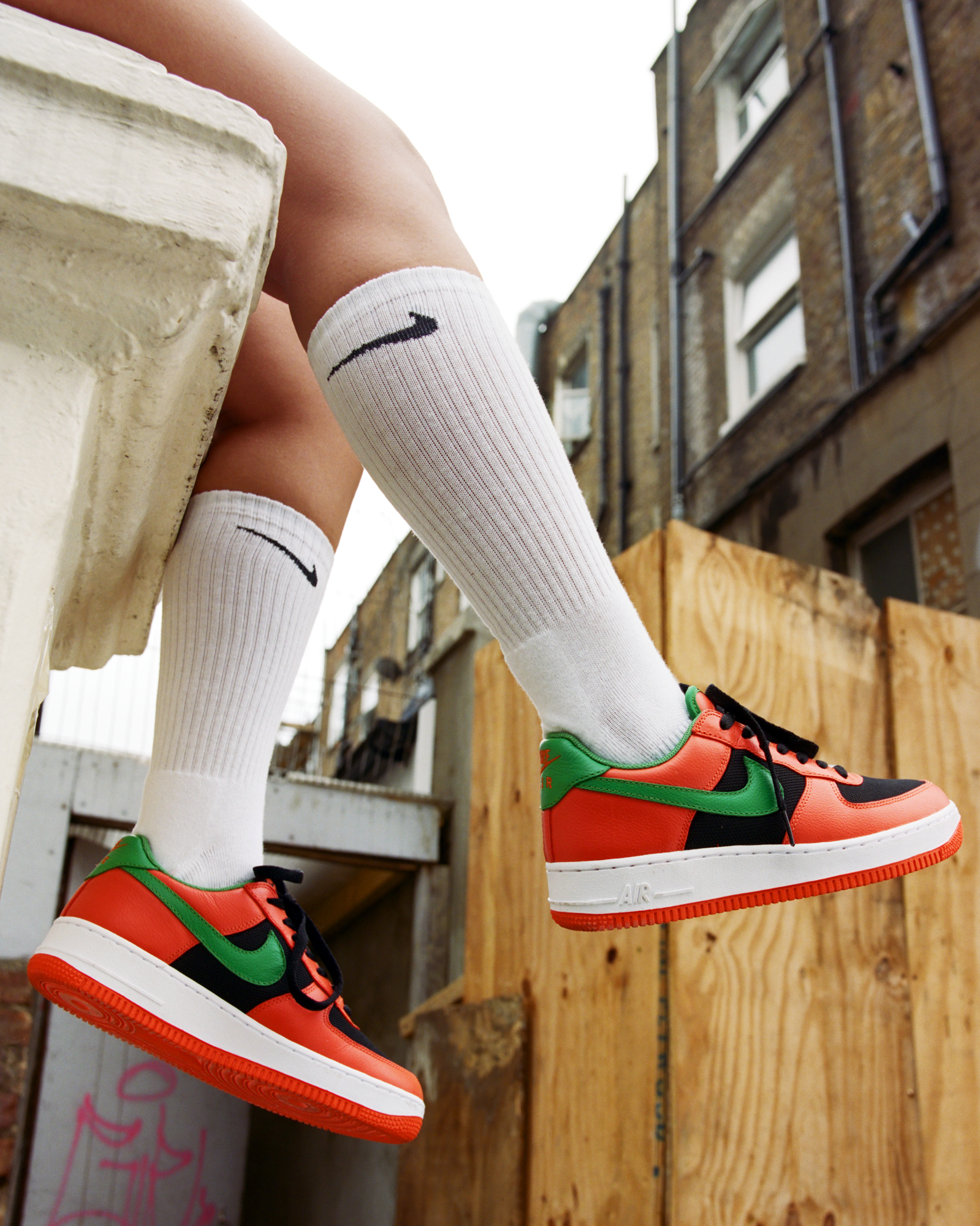 In conjunction with the launch of both the Air Force 1 pack and the Carnival itself, we've commissioned two London based artists to put their own spin on our Question mark logo. Both Jiro Bevis and Tim Head have taken inspiration from the carnival's extensive history, with each interpreting the theme and colourway in their own individual style. Jiro's playful illustrative style looks at the good vibes that surround the event, with music playing an important part of the whole weekend. Tim Head's piece draws inspiration from Soundsystem posters from days gone by. With every Instore purchase only of the Nike Air Force 1 Carnival, each customer will receive a matching tote bag and postcard corresponding to the colourway they've bought. Jiro Bevis 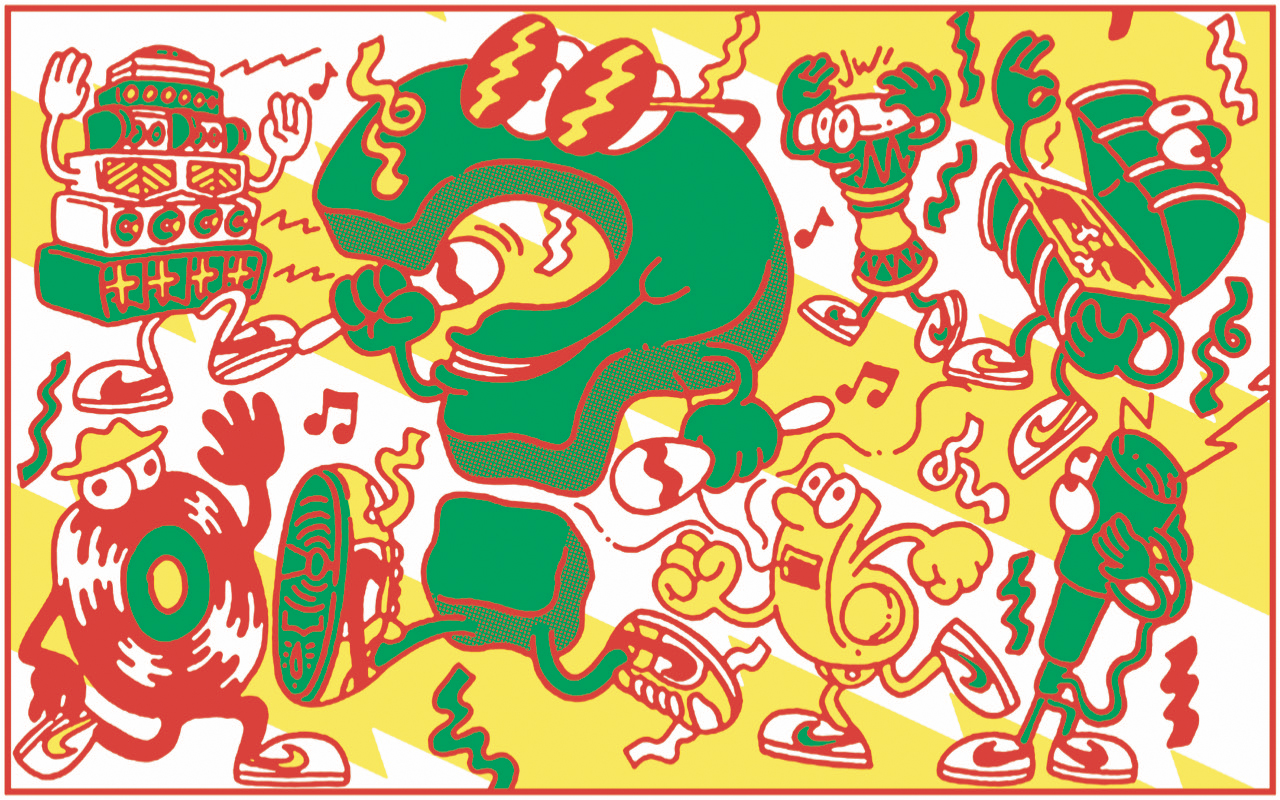 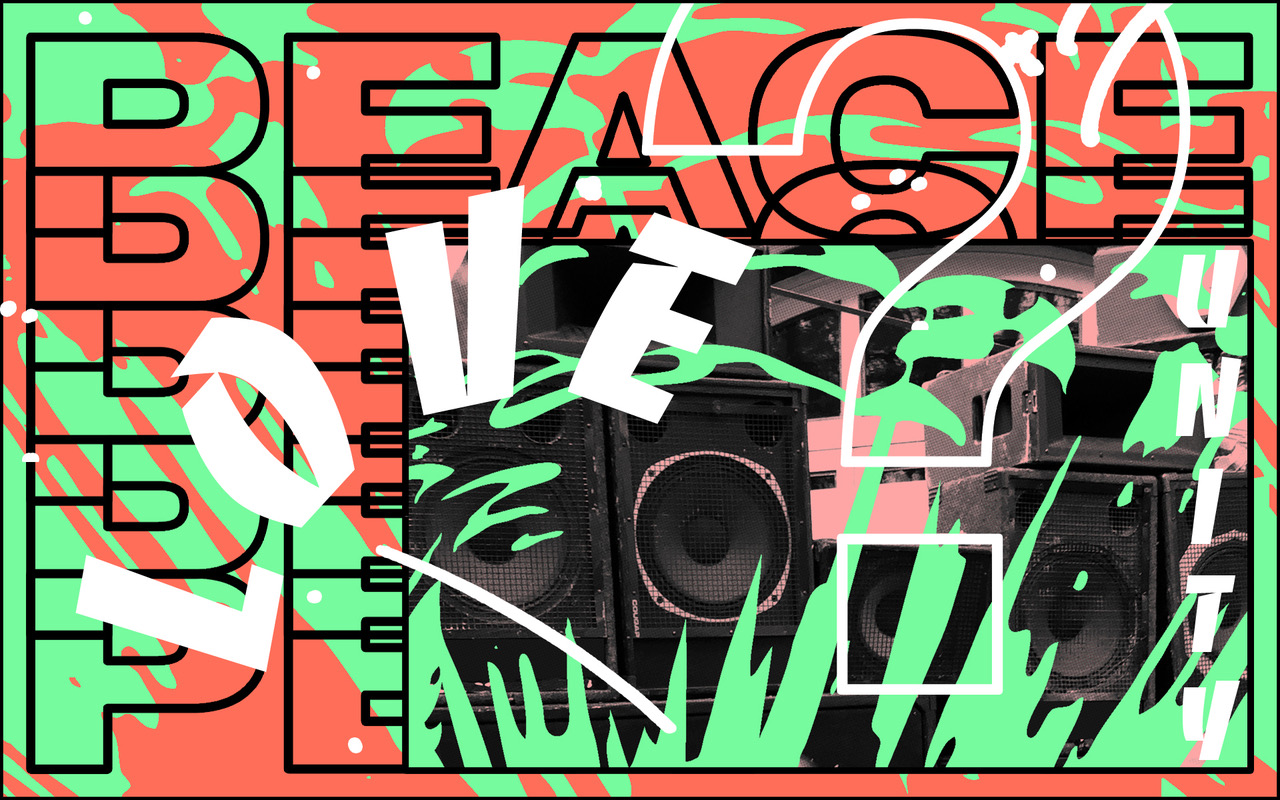