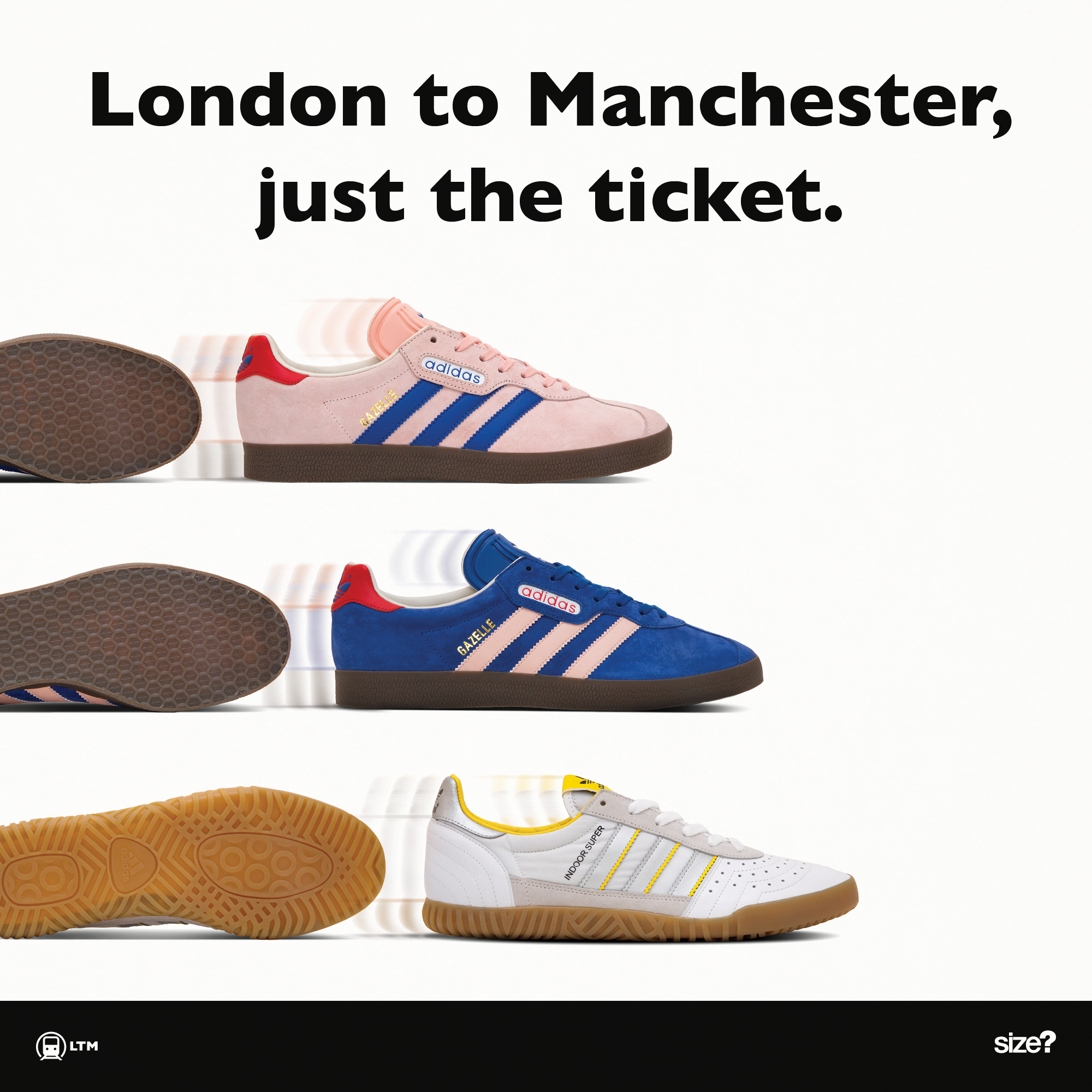 For our latest collaborative collection with adidas Originals, we present a pack inspired by traditional methods of public transport used to get to football games in two of the nation's largest footballing cities. Releasing across three consecutive weeks, the pack consists of two different colourways of the Gazelle Super and an Indoor Super. Both London and Manchester have a strong wealth of football teams representing their cities, and with that comes a legion of devoted fans that travel great lengths to make it to games every week to support their dearly beloved. 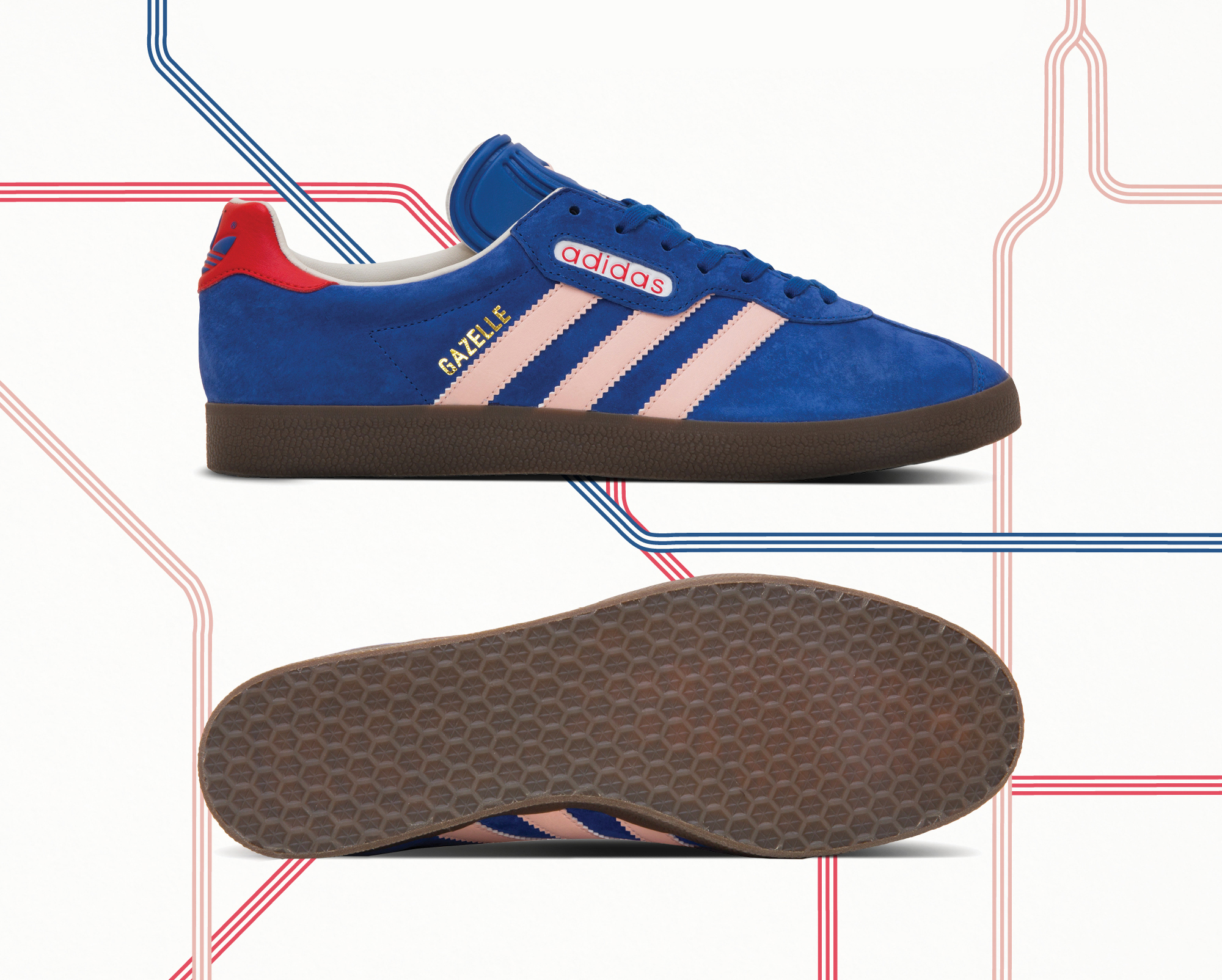 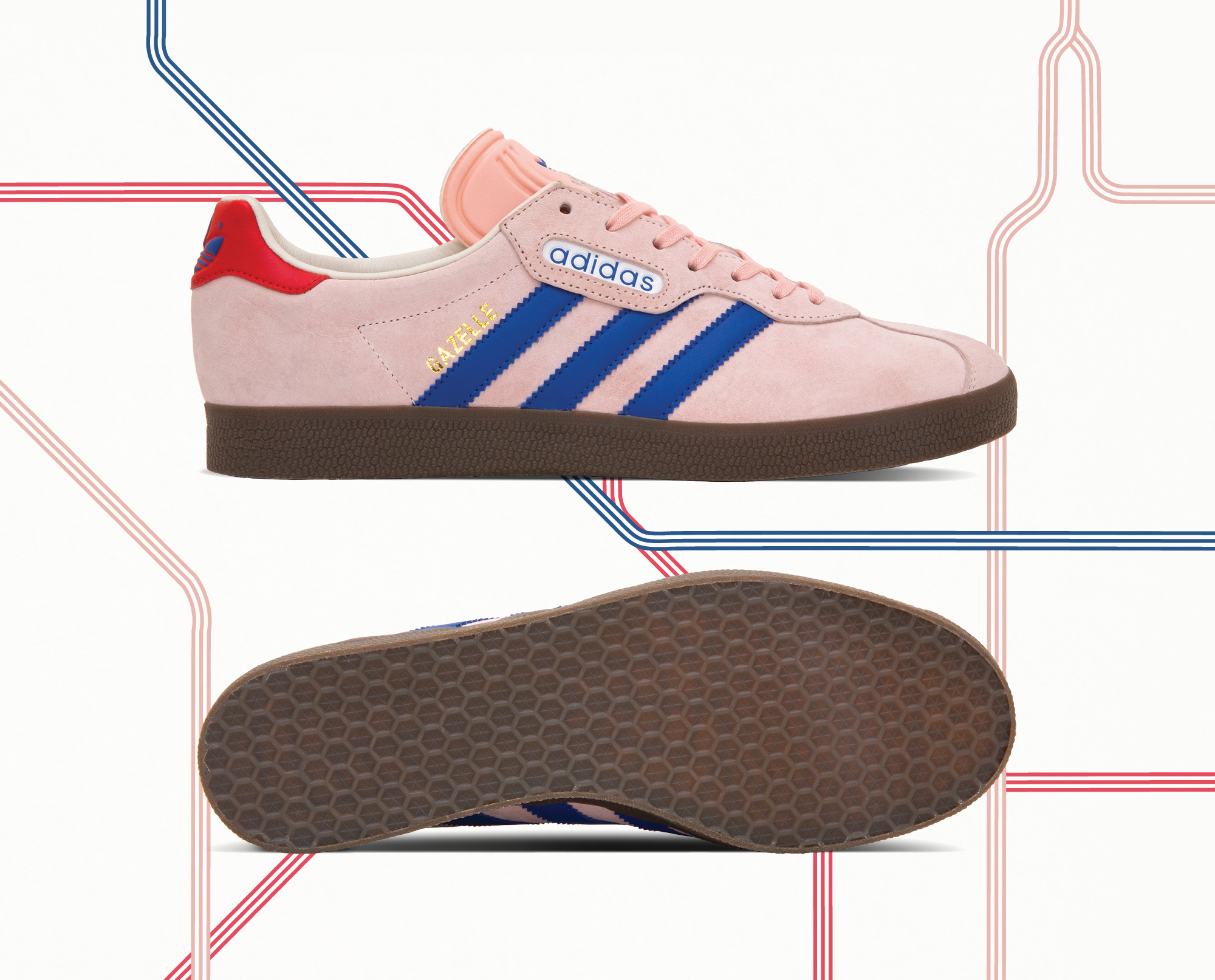 The colourways for each shoe involved in the 'London to Manchester' pack reference tickets and travelcards used to journey across the city to your team's hallowed ground. London is represented by two inverted blue & pink combinations on the Gazelle Super that will get you onto the London Underground, snaking through the underbelly of the city. Both shoes are dressed with suede and nubuck uppers and finished off with a red heeltab and brand detailing. 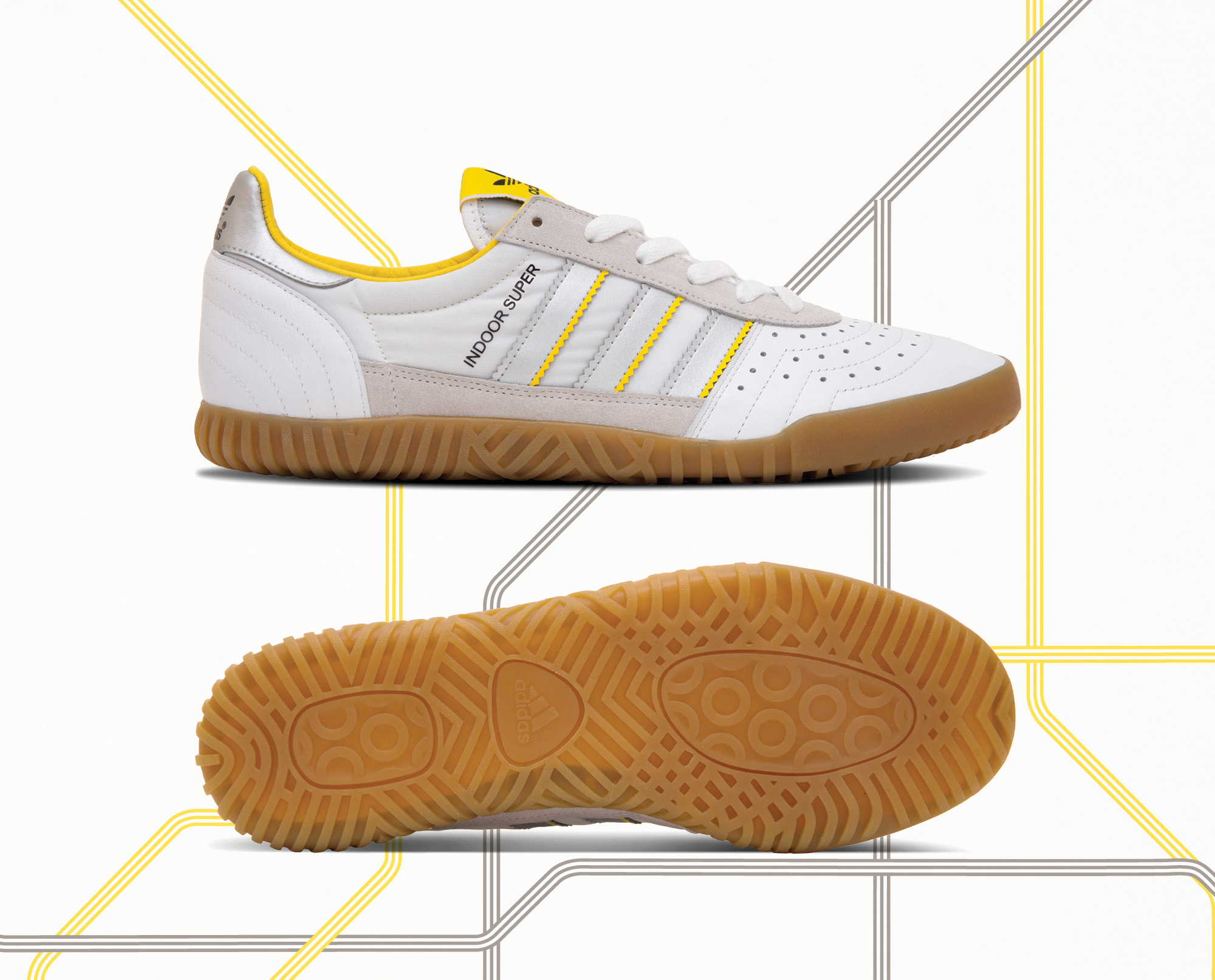 Further up north and above ground, Manchester's rendition comes in the form of a white & yellow Indoor Super. A three material hit of suede, leather and nylon sit in their rightful spots above the brown gum midsole unit, and are accented with silver leather touches on the three stripes and heeltab. The next shoe to release from the pack will be the adidas Originals Indoor Super, available online and in all size? stores on Friday 25th August, priced at £80. Save