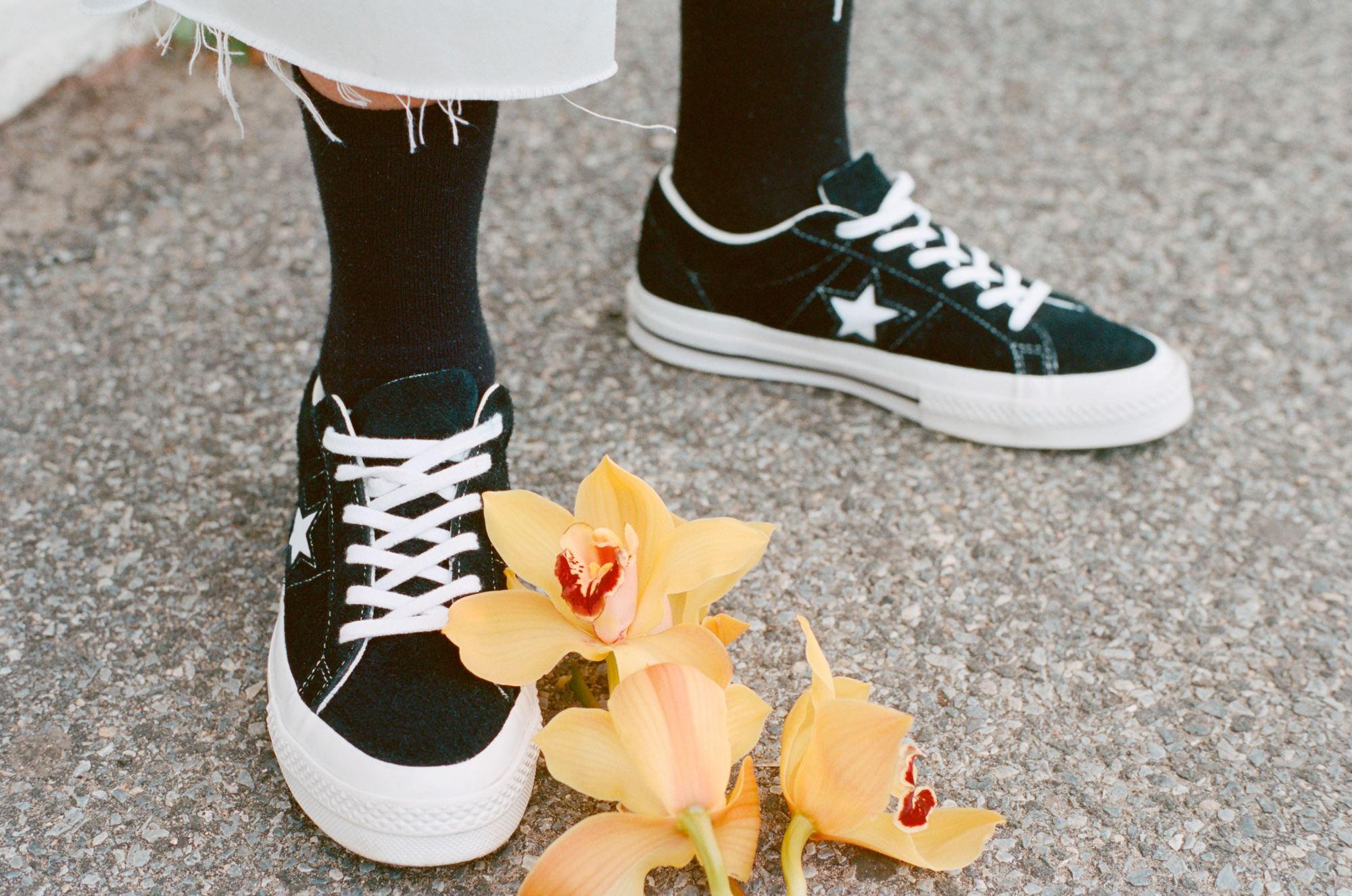 Following in the footsteps of it's elder sibling, the original Chuck Taylor, the One Star has often been one of the unsung heroes from the brand. It's reared itself head among a myriad of subcultures over the years (there are a couple of other great reference points on our blog here and here.) wether it be within skateboarding, on the feet of the late Kurt Cobain at the forefront of the Grunge genre, or more recently within it's adoption within modern day streetwear. 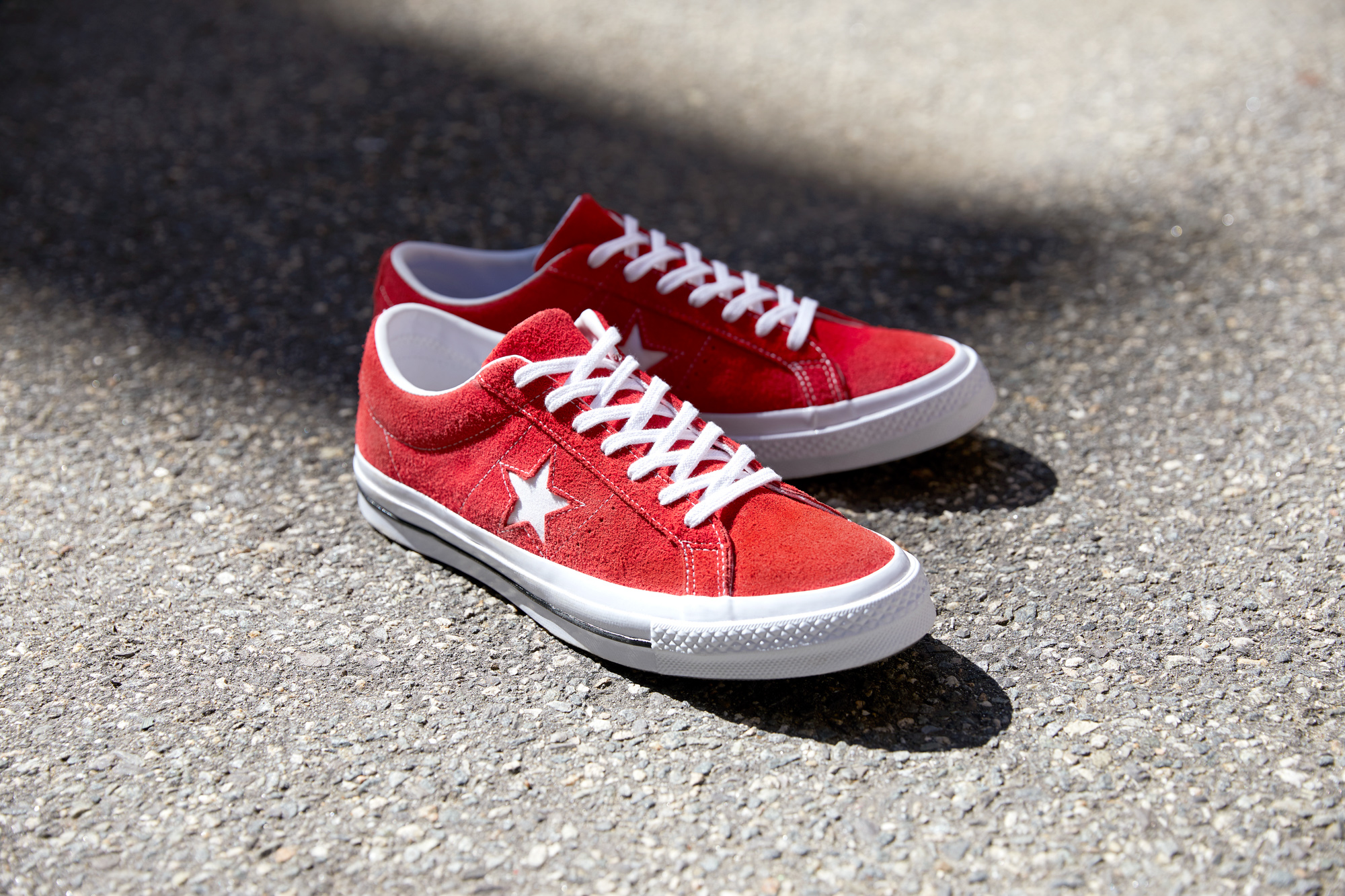 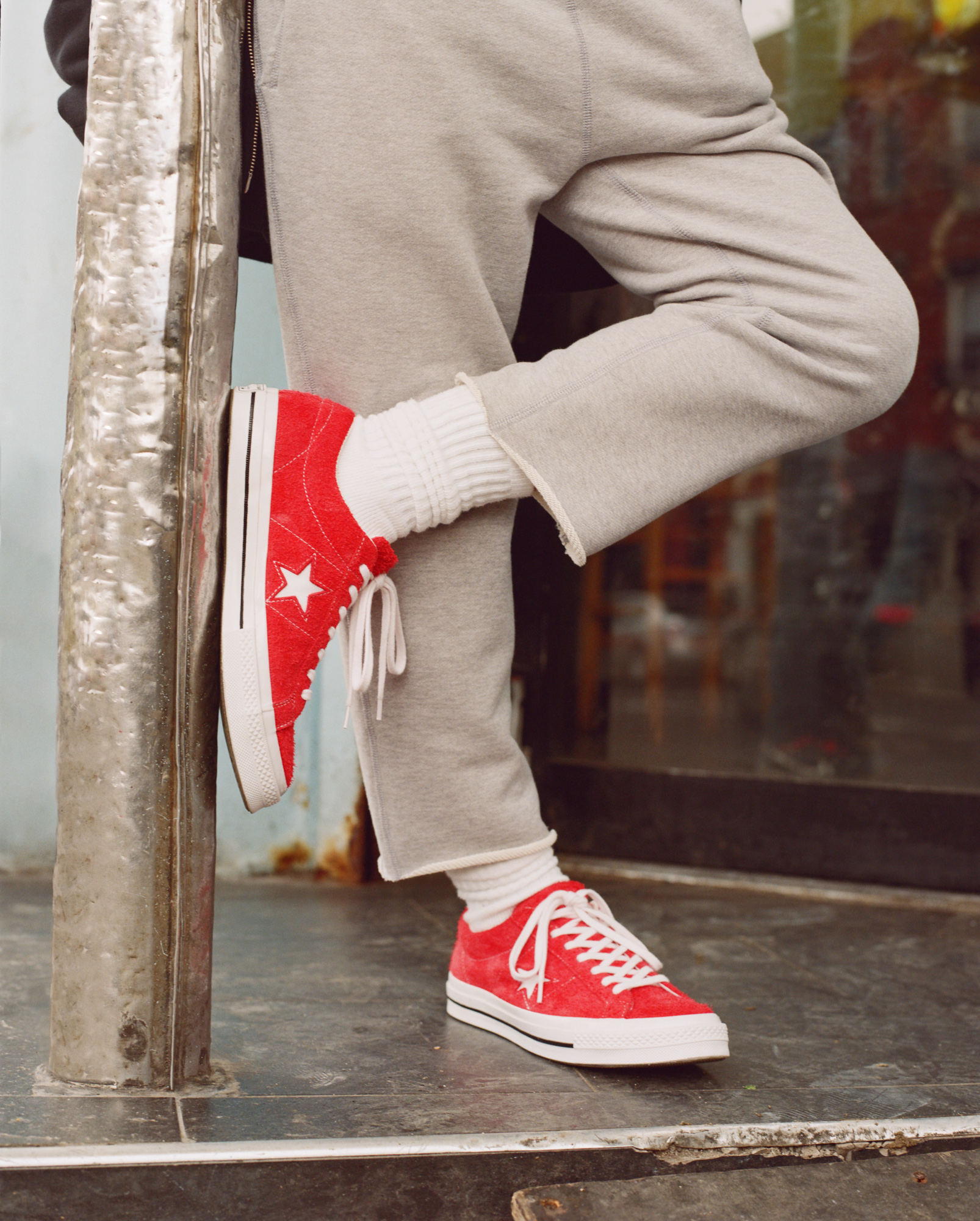 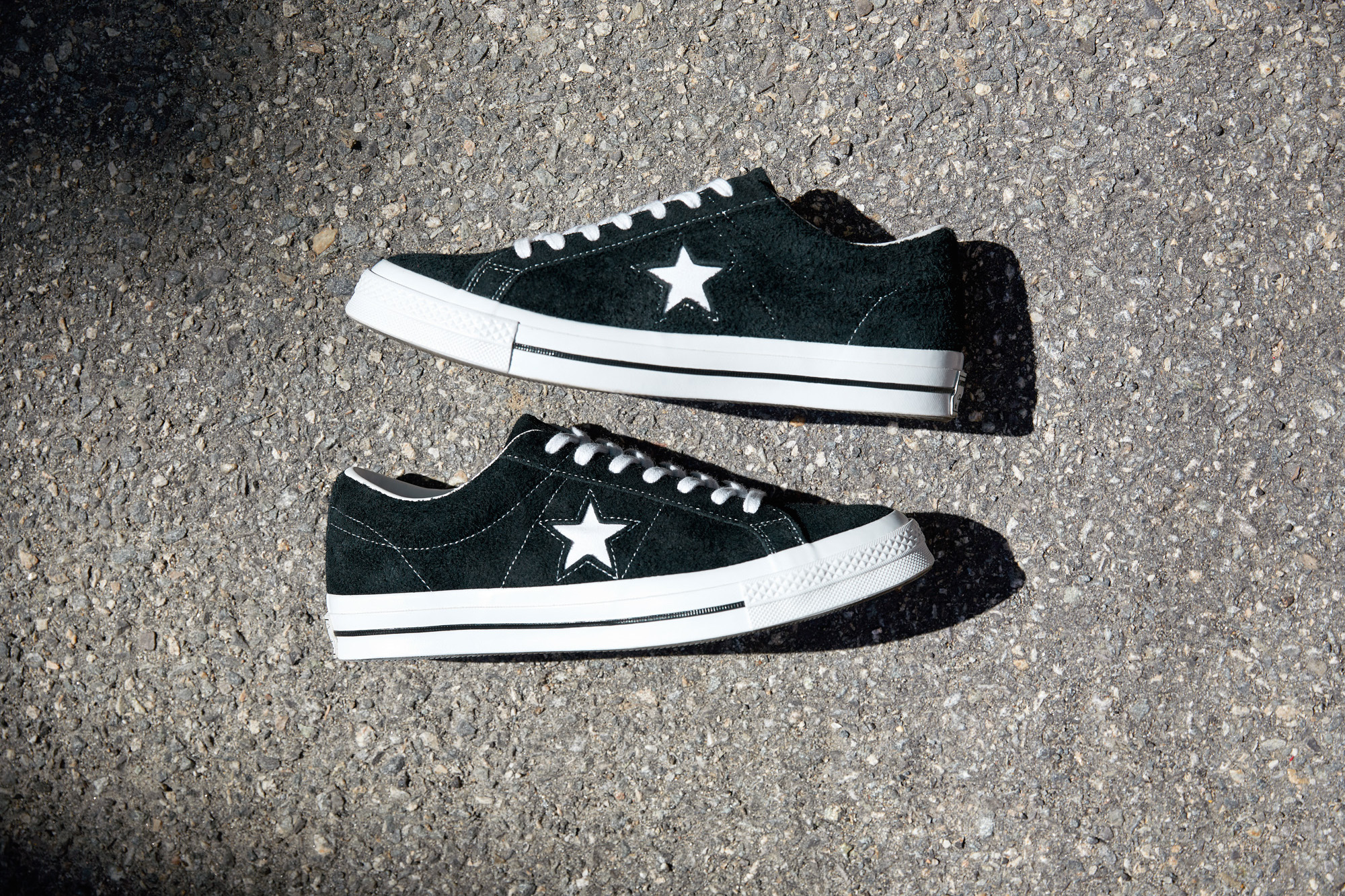 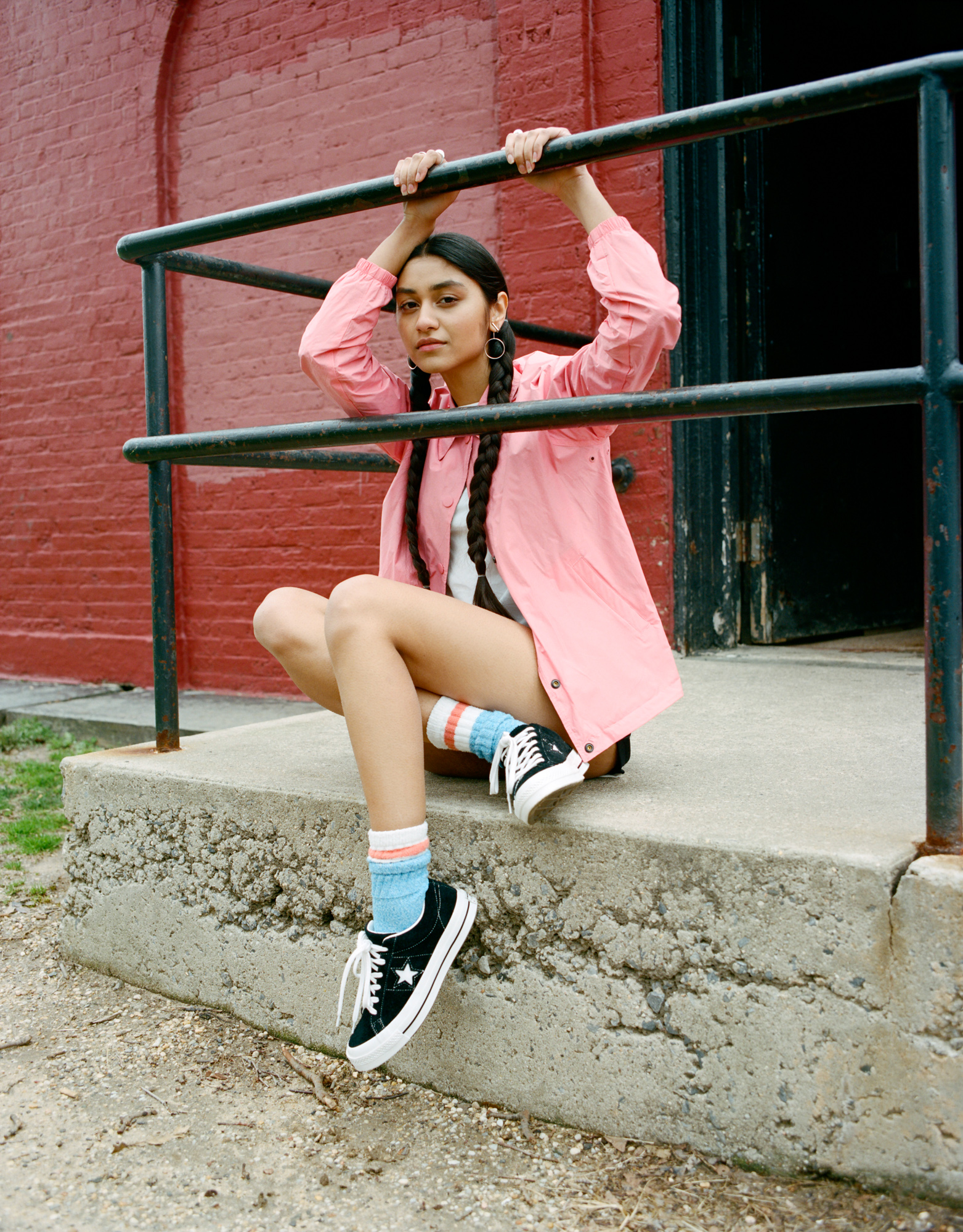 After it's latest recent reissue back in mid 2005, the One Star has steadily gained momentum from a wider crowd. The past few months in particular have seen numerous collaborative projects grace it's soft suede uppers, namely great releases by Stüssy, Neighbourhood, UNDFTD and Fragment Design that have helped bolster the shoes status among the greats. 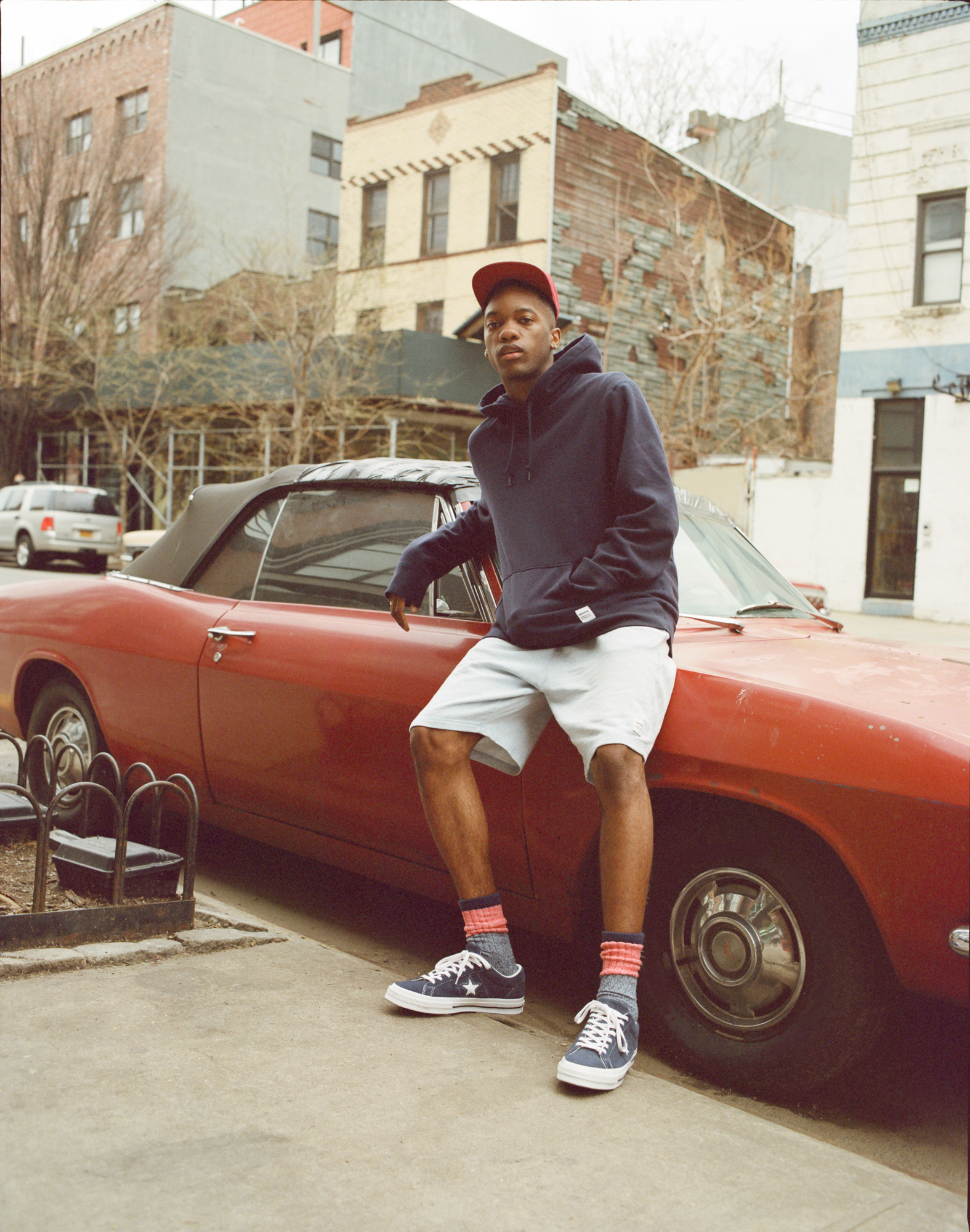 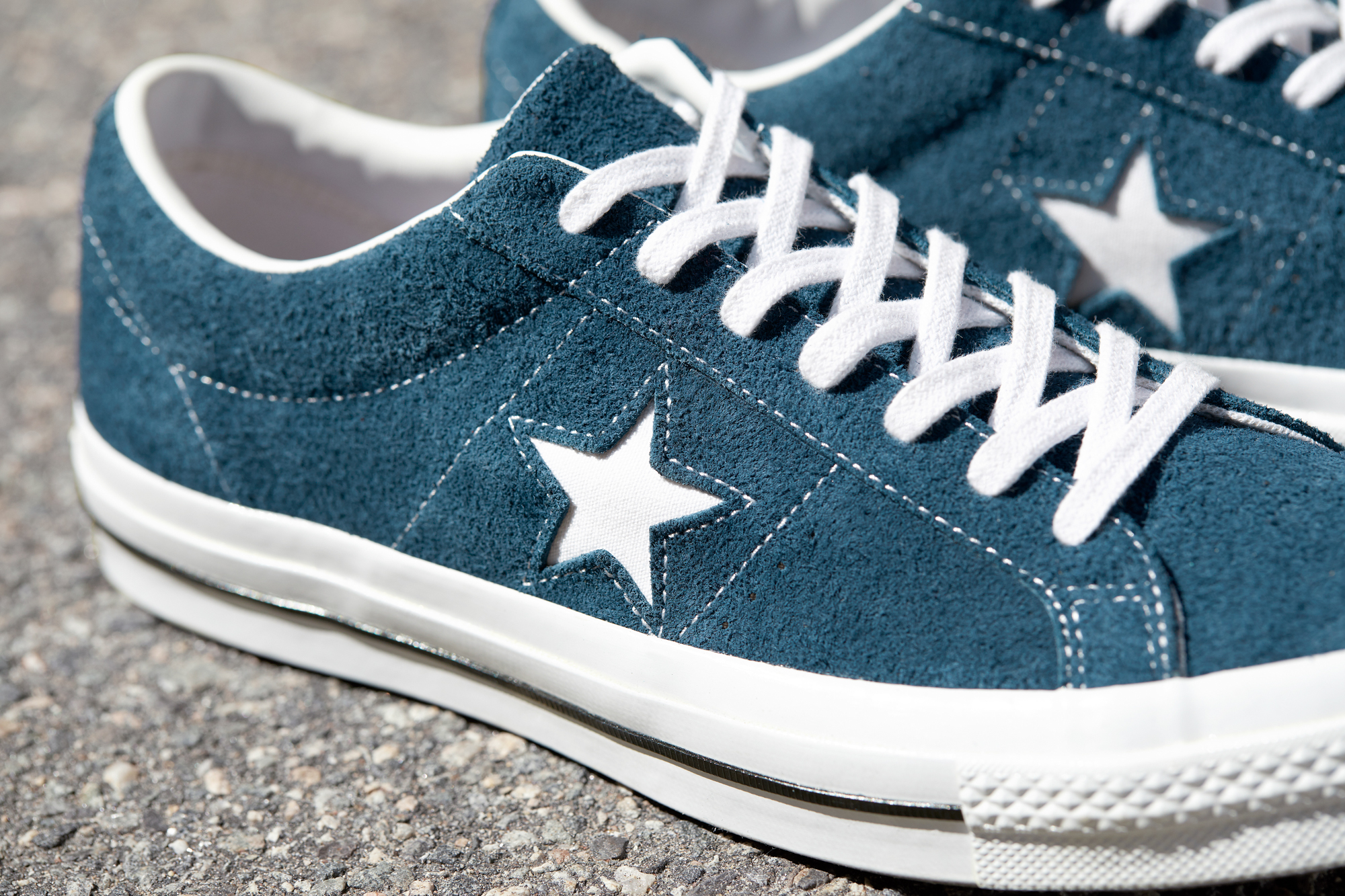 For Summer 2017, Converse have brought back a selection of core colourways of the One Star, all presented in premium suede, and finished off with considered white canvas detailing within the cutout star placed on each side. The four renditions include red, blue, black and light grey, which all sit atop white midsoles accented by the classic black pinstripe that wraps around the centre of the unit, and are finished off with Chuck Taylors stamp of approval on the heel. Stay tuned to our social channels this week for more news on the release of all four colourways of the Converse One Star. 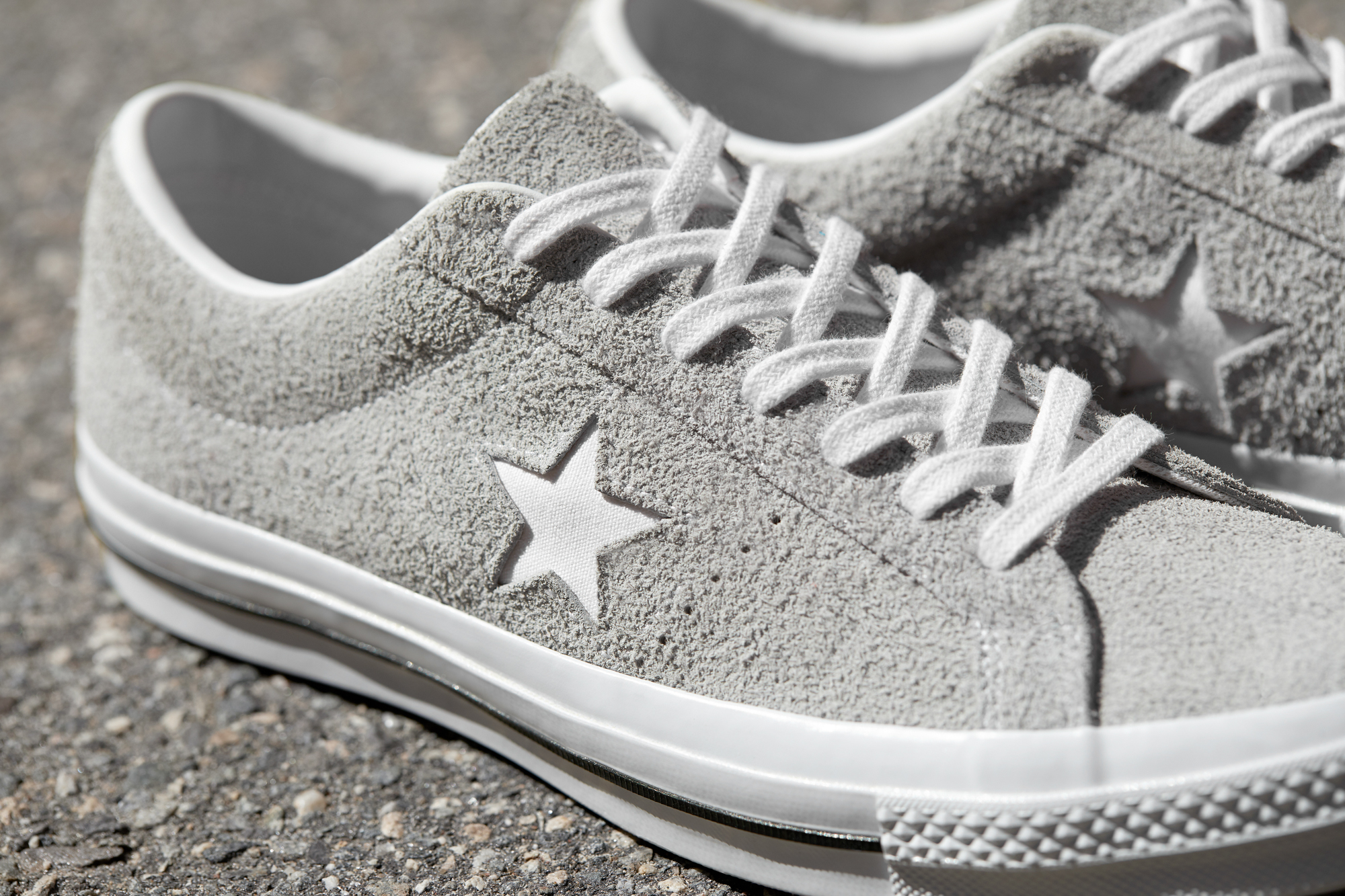 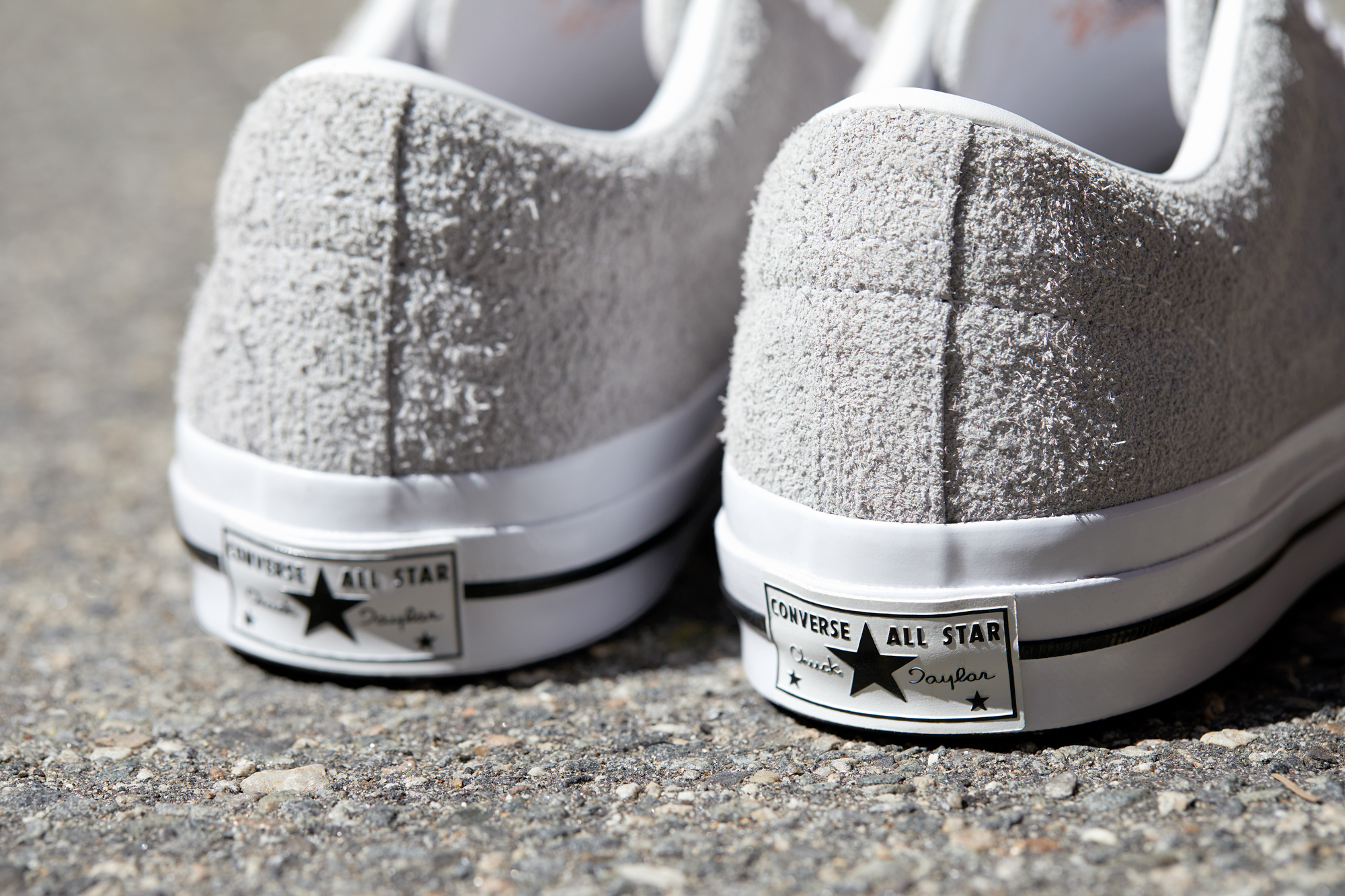 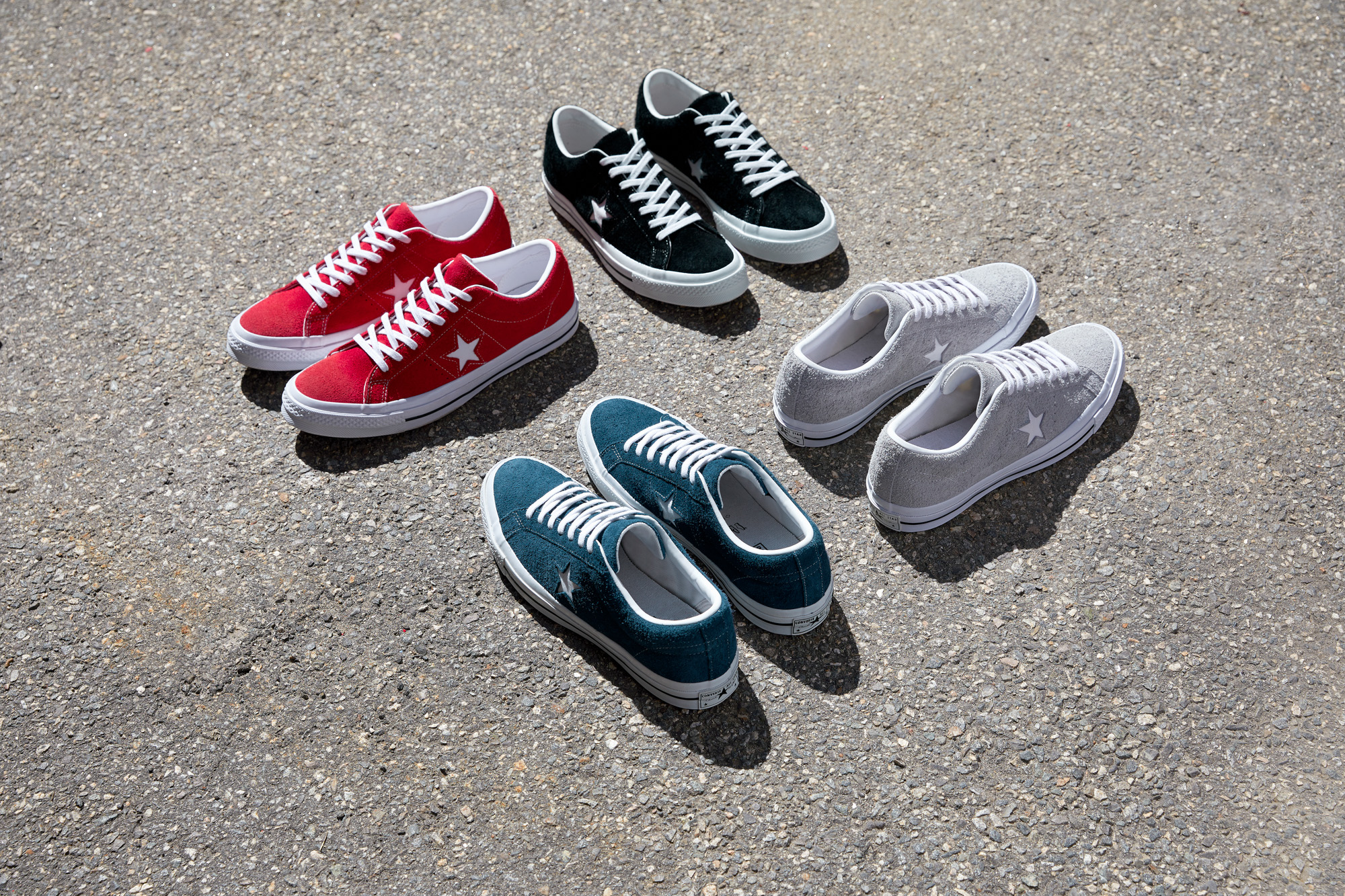