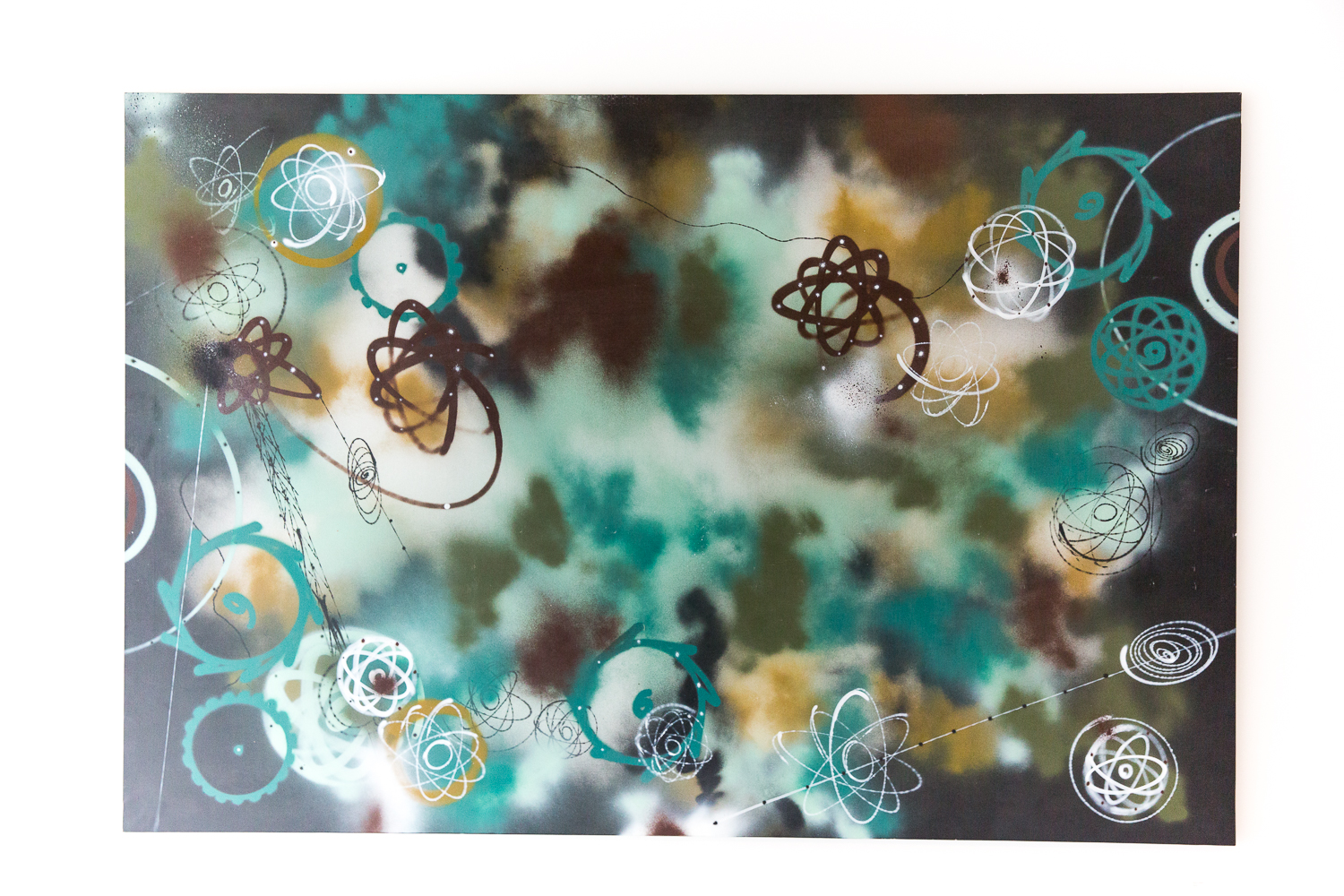 This past weekend, James Lavelle blessed the North with his presence at the Daydreaming with... Unkle - The Road exhibition at Leeds Docks. For those not already familiar, Lavelle is the mastermind behind eponymous Hip Hop label Mo Wax, and Unkle, a collaborative music concept who are about to release new material next month. 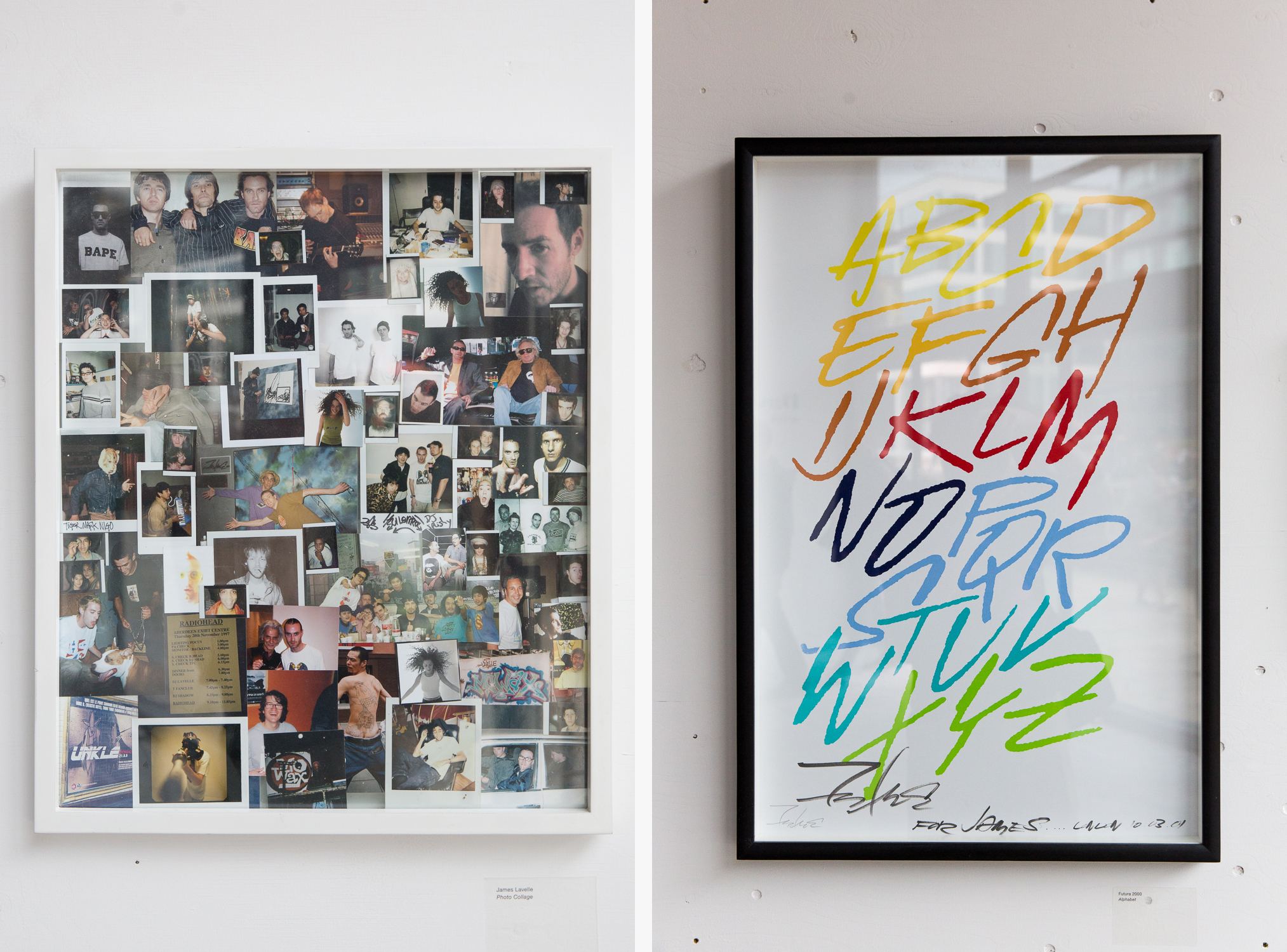 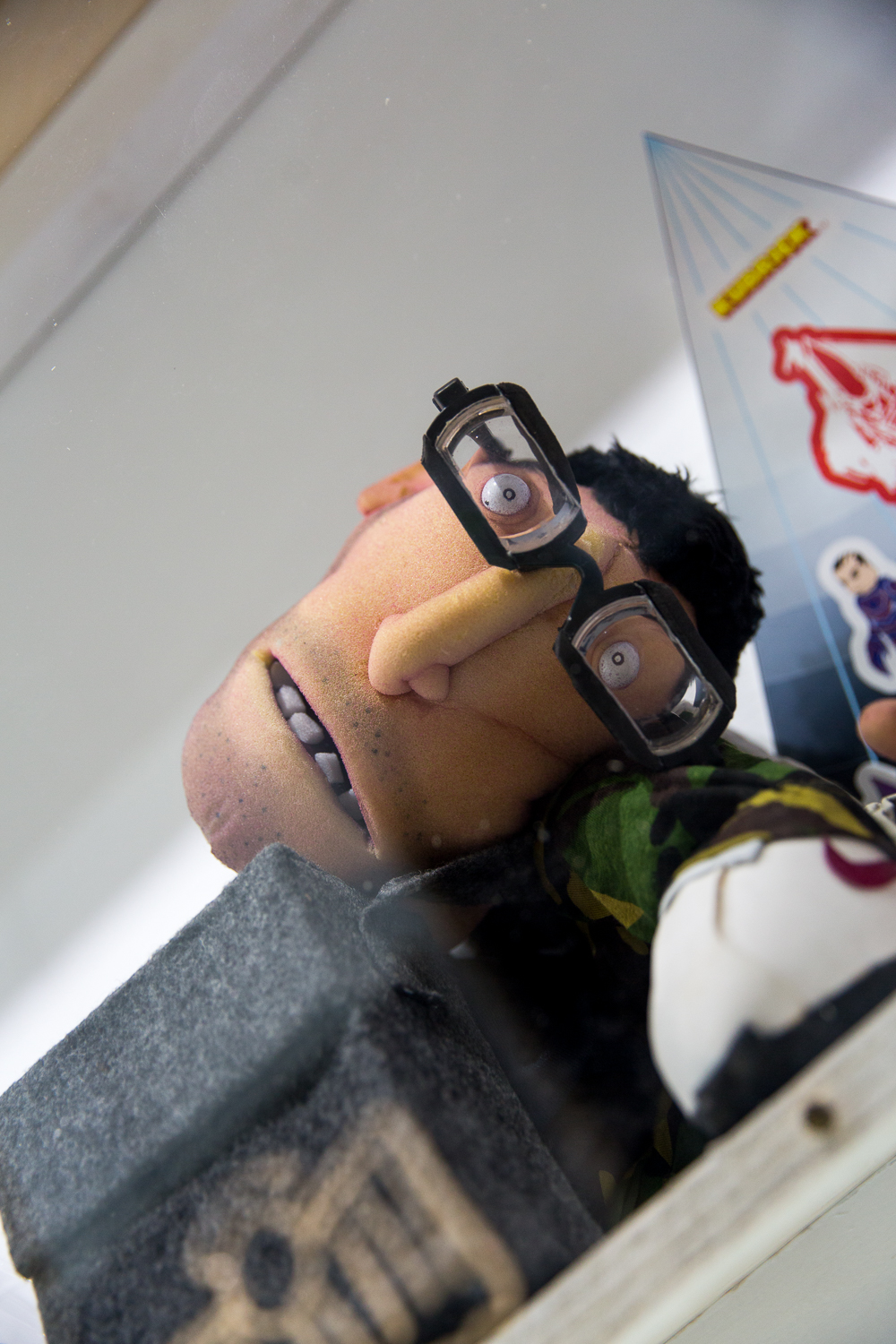 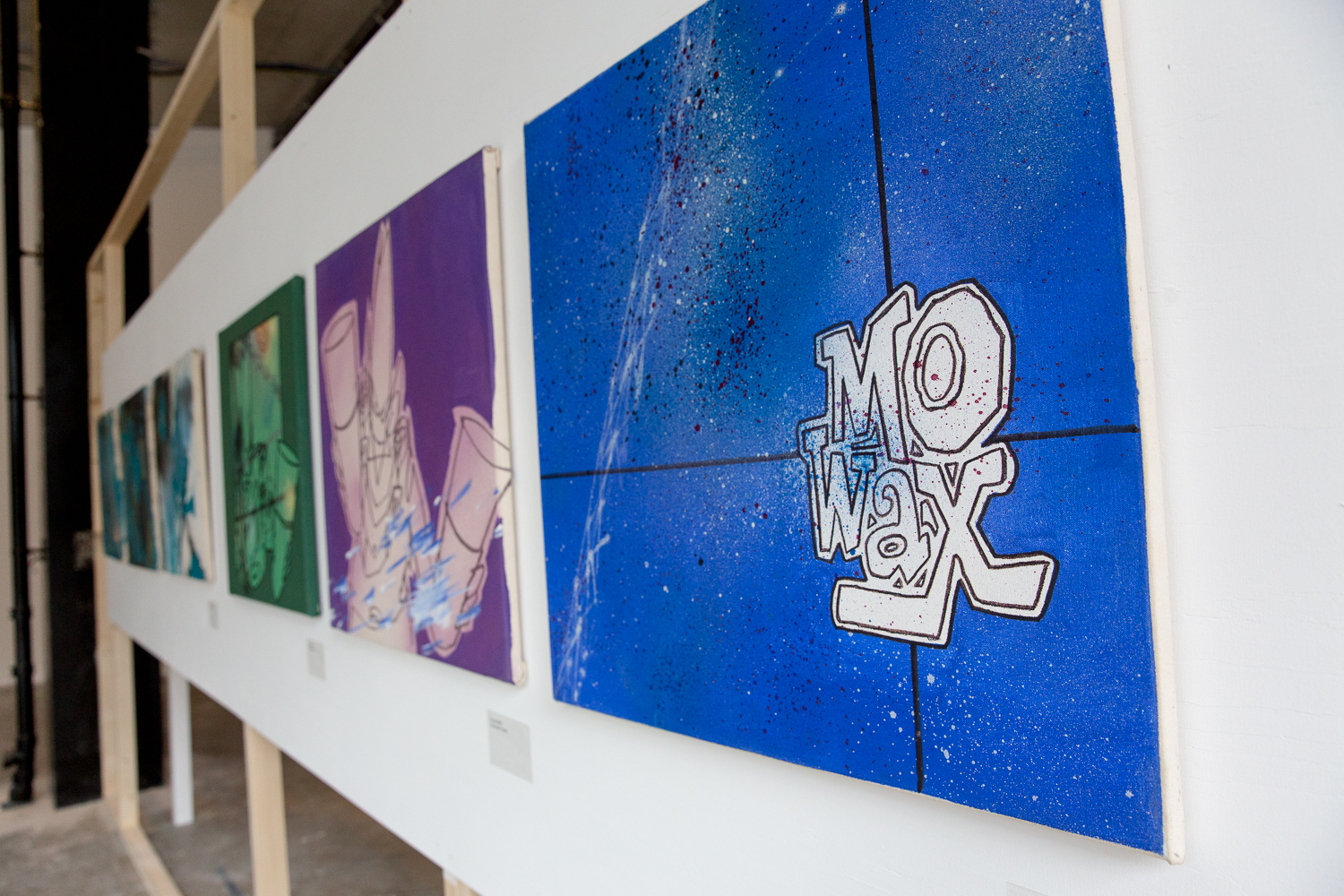 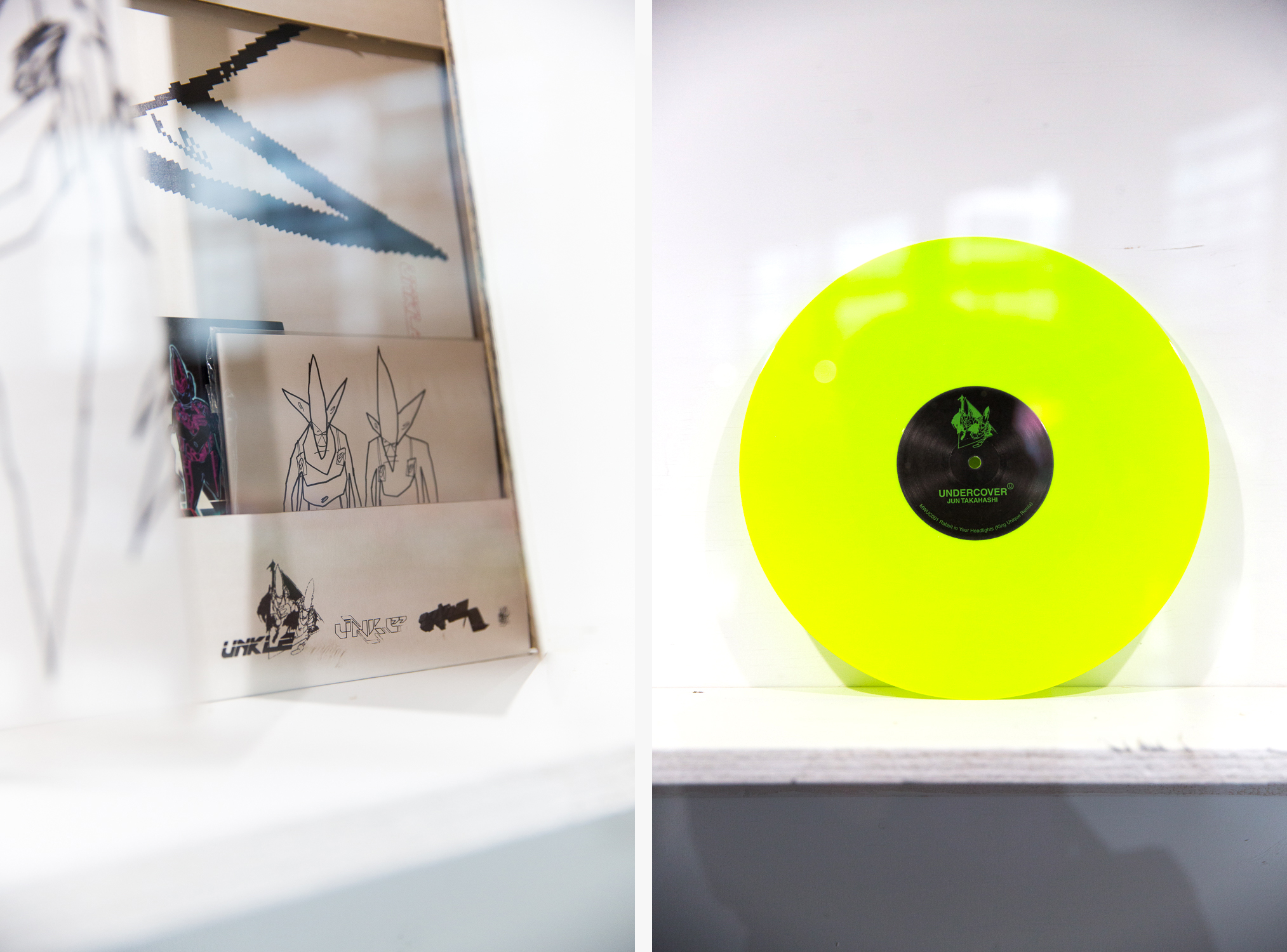 Starting out in the late 90's and after several different line-up changes over the years, Unkle's influence hasn't just been felt within music. James was somewhat of a cultural sponge, absorbing everything cool in his path as he grew, travelled, and made connections with creatives around the globe. The result is an incredible back catalogue of collaborative projects that spanned the breadth of both hip hop and street culture. Notable features on the original Psyence Fiction album included DJ Shadow, Thom Yorke, Ian Brown, and Mike D, and the list has grown exponentially with every record since. 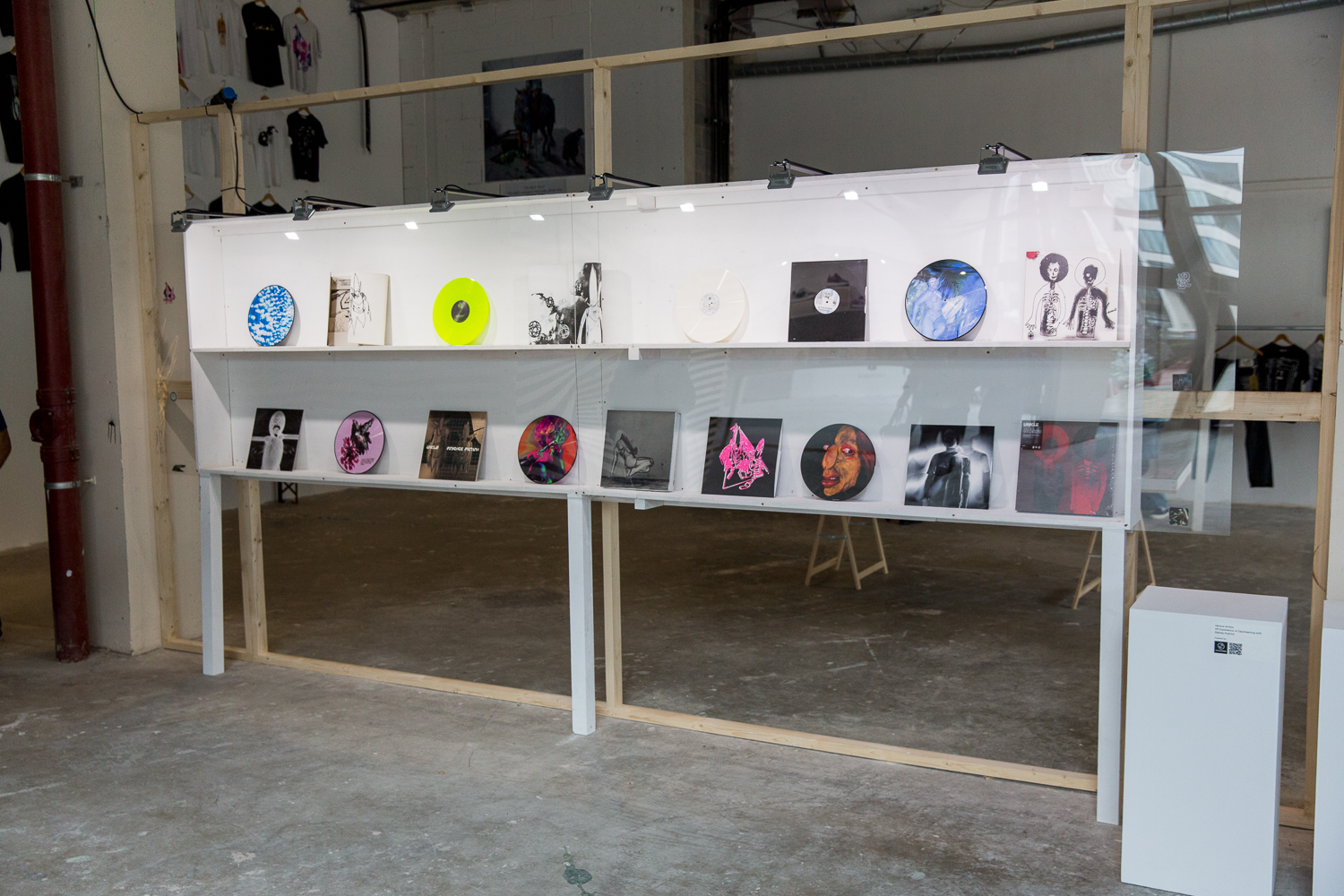 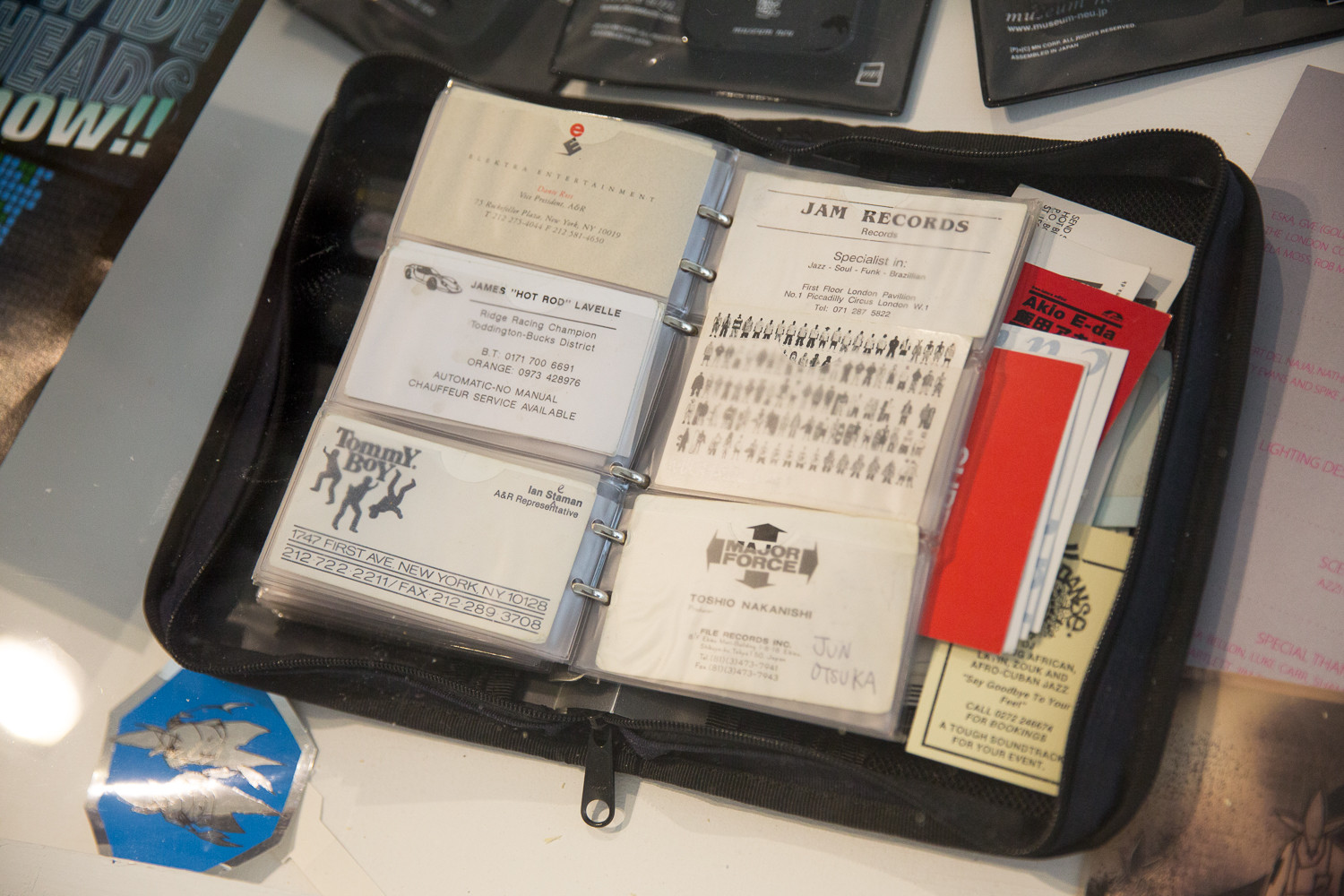 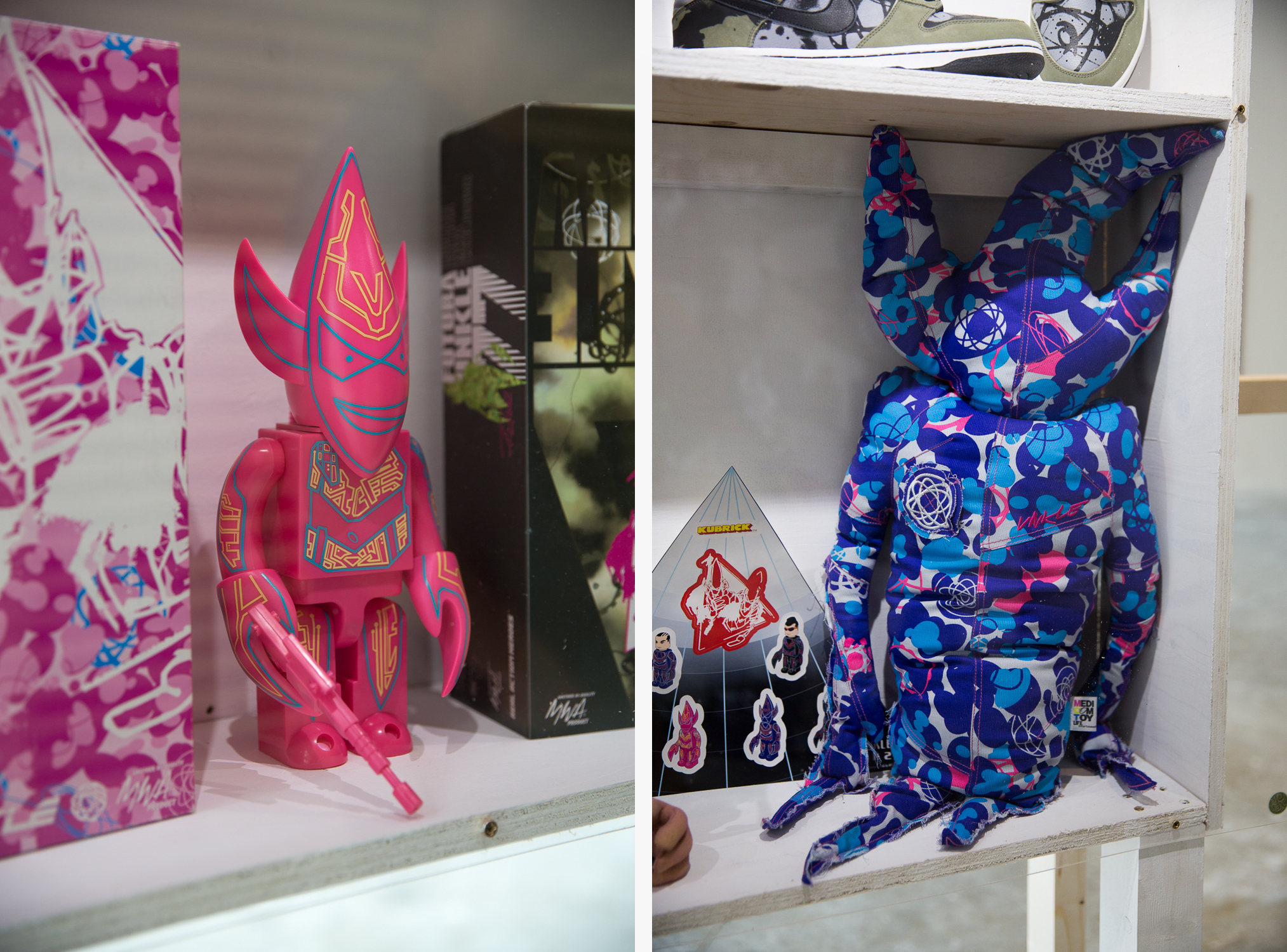 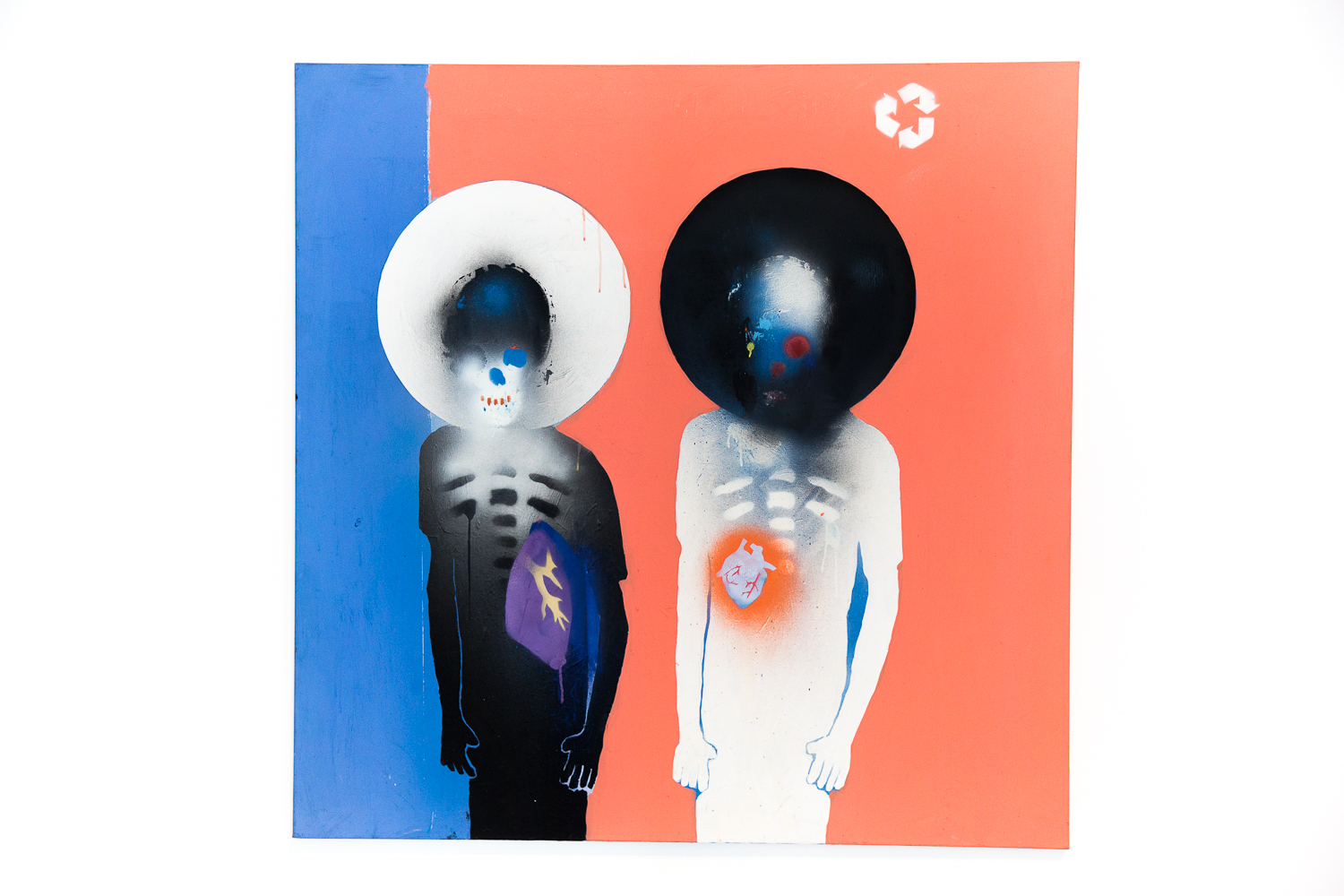 The group fused together the worlds of both music and art & design seamlessly to form their inimitable identity, constantly bringing in new blood to strengthen the brand. Designer Ben Drury was always one of the key orchestrators behind the visual output from Unkle, interpreting artwork by esteemed creatives Futura 2000, 3D and regular photographer Will Bankhead to dress the artwork of each release and consistently push the concept forward. 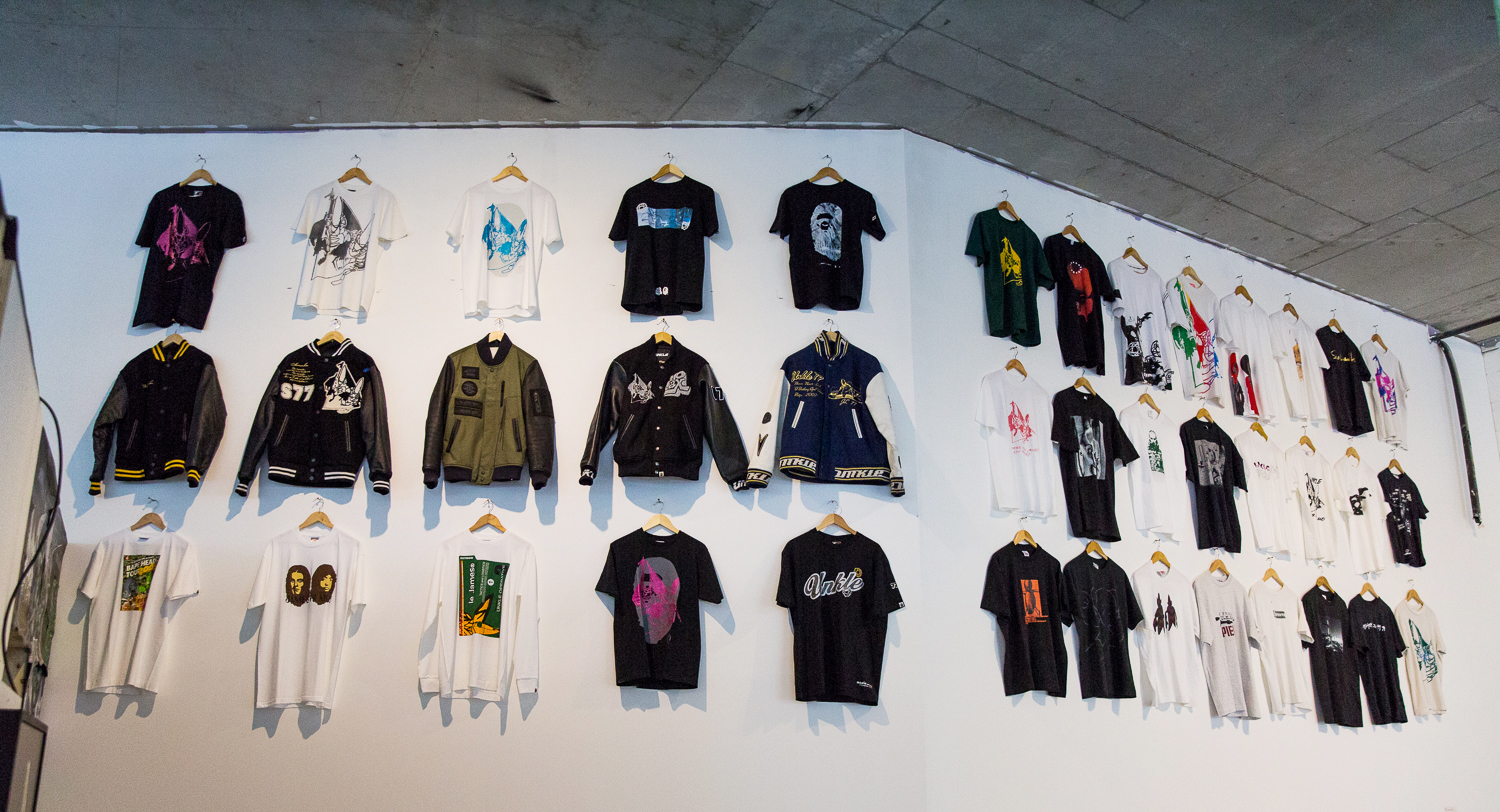 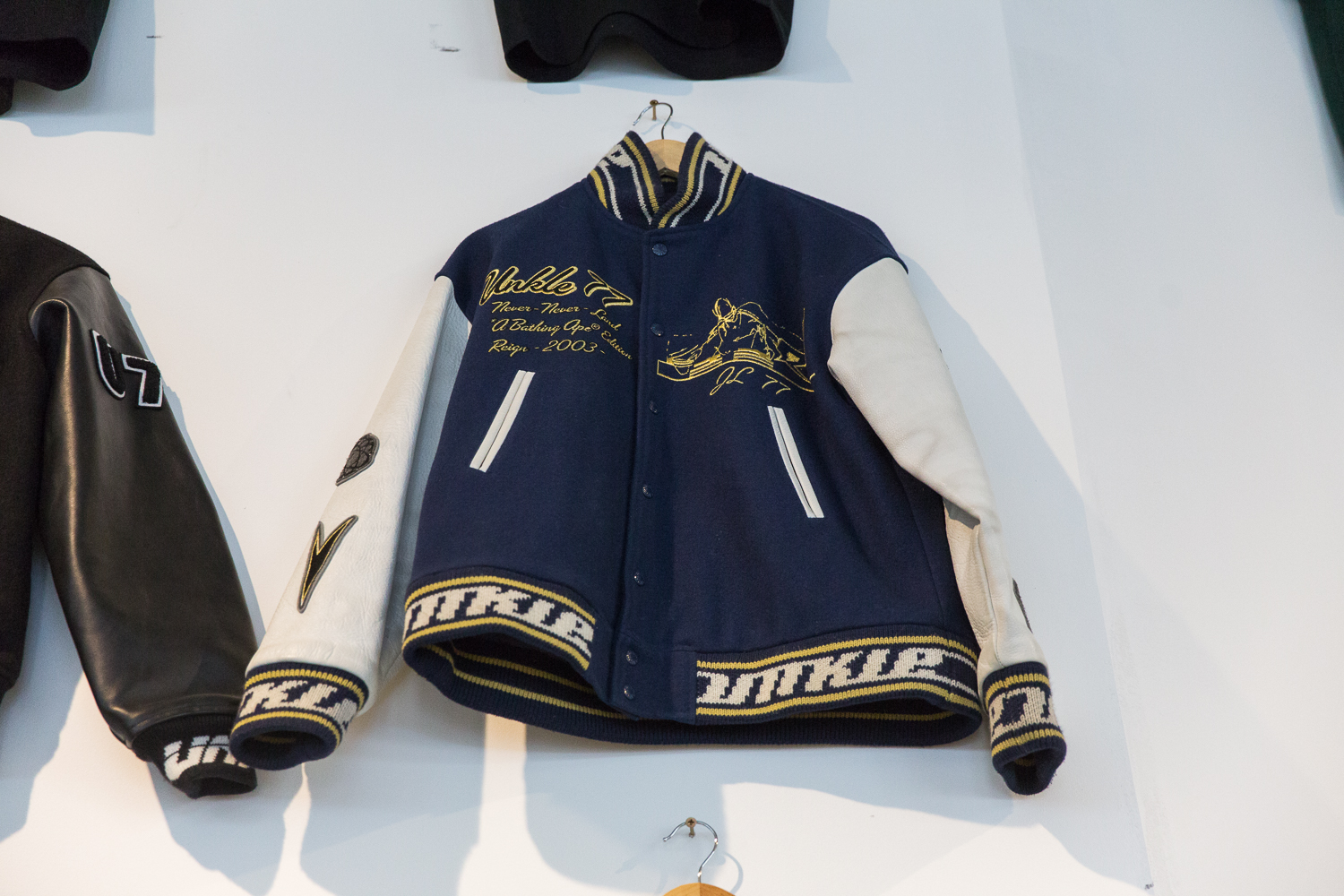 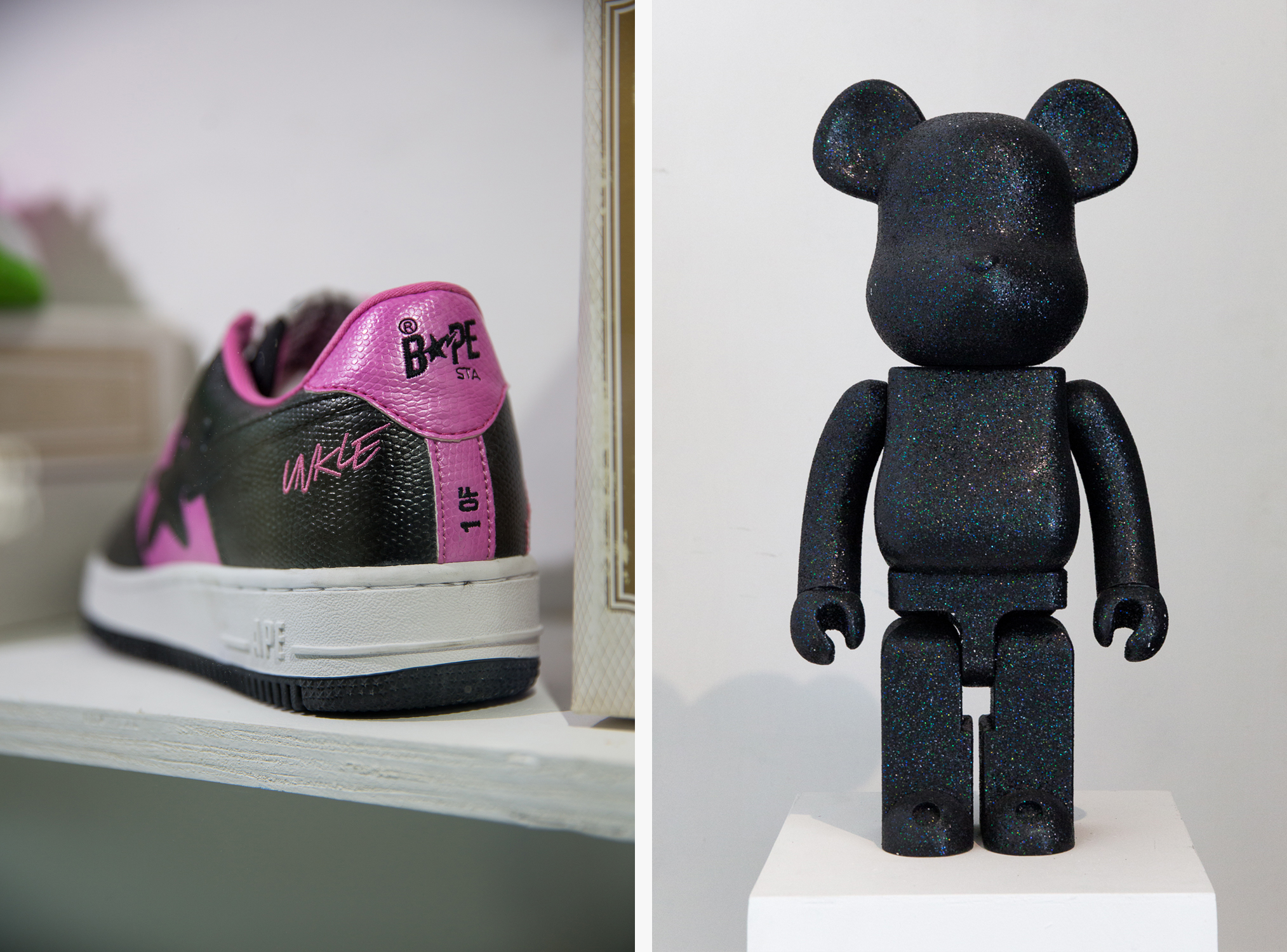 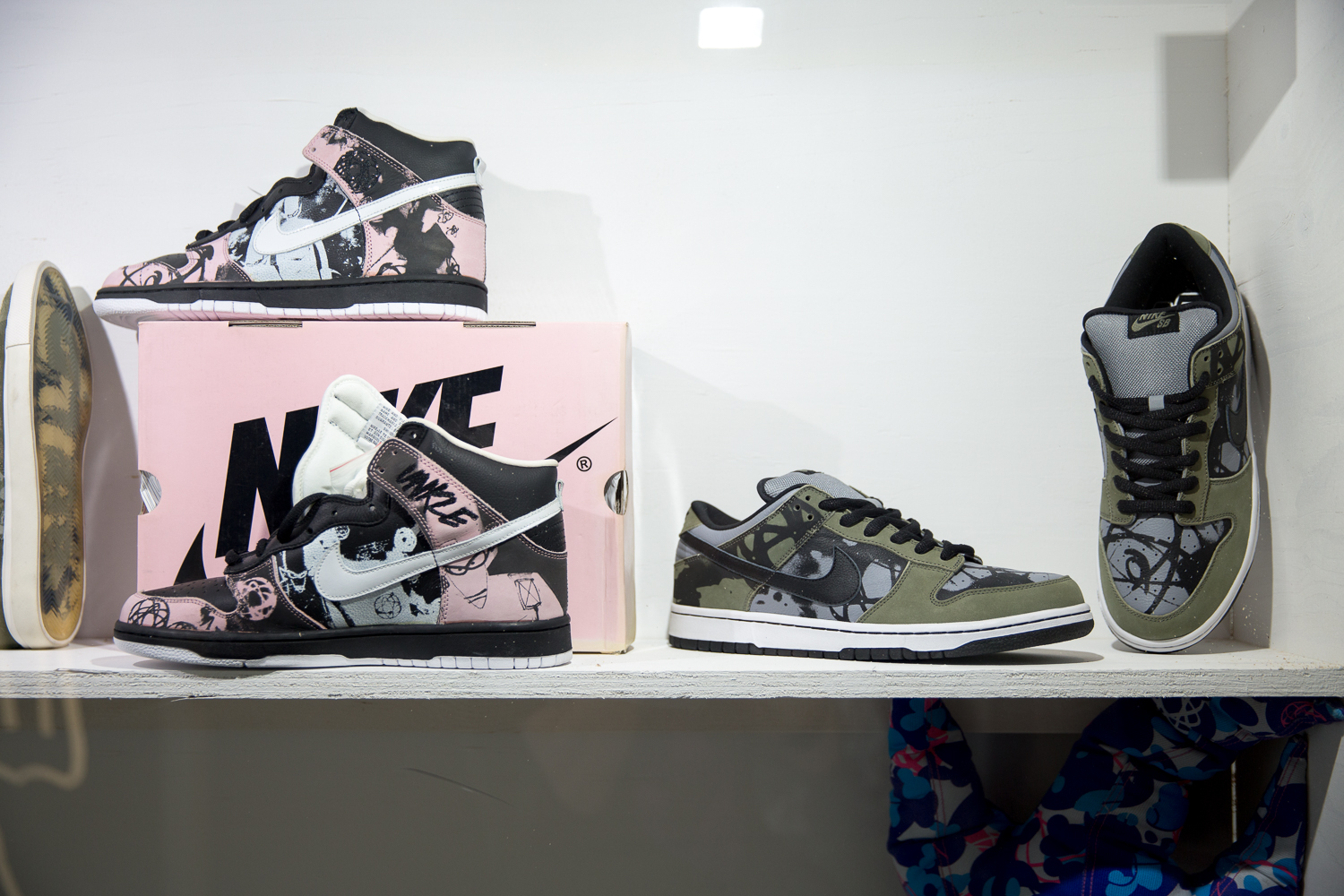 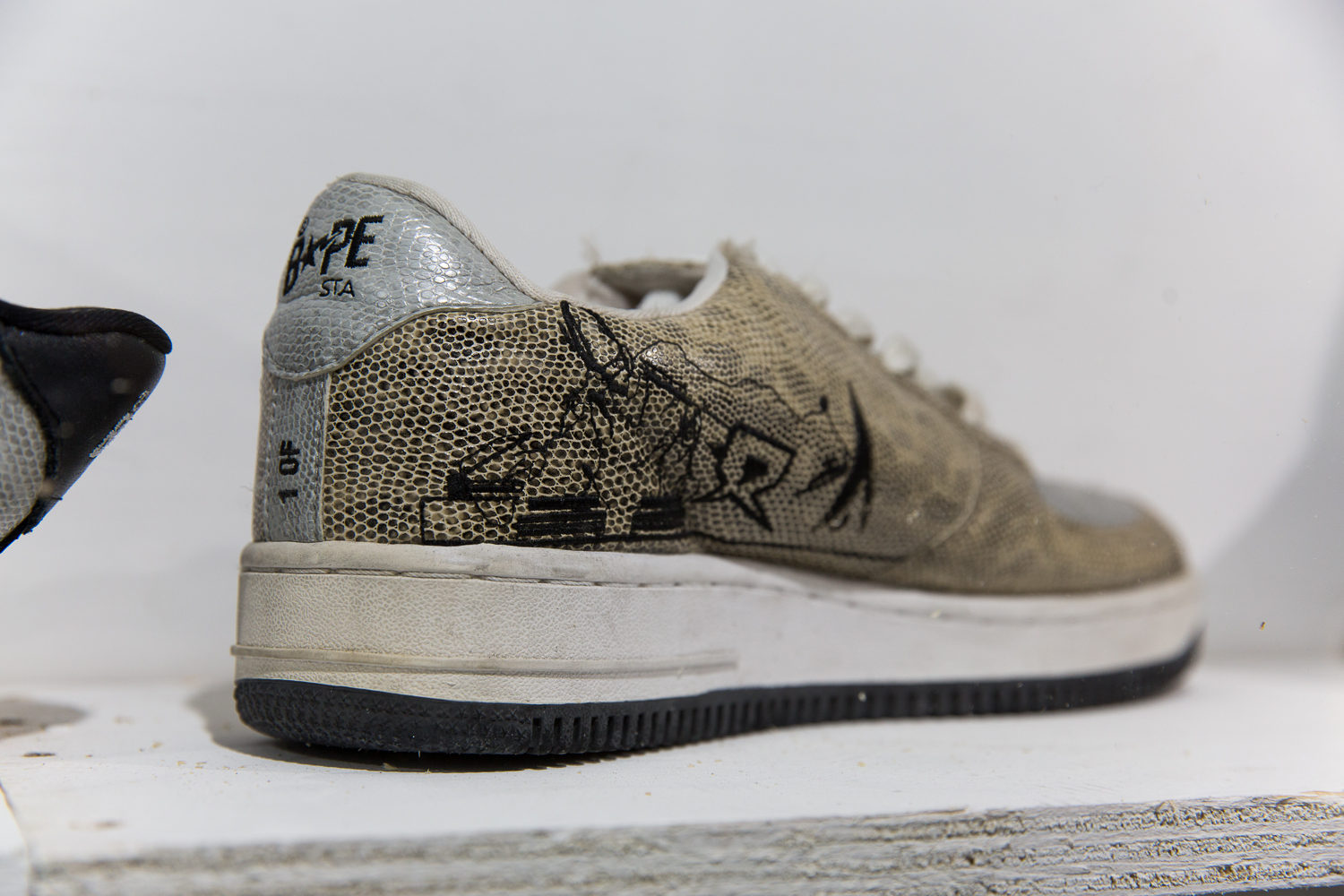 The exhibition showcased a small selection of James' possessions collected throughout his key years of operating Unkle (if you've ever read the Mo Wax tome you'll be aware of just how deep the collection runs!), including original enormous paintings by Futura 2000 and 3D, and several exclusive releases from his collaborative 'Pointman' vinyl toys with Medicom over the years. 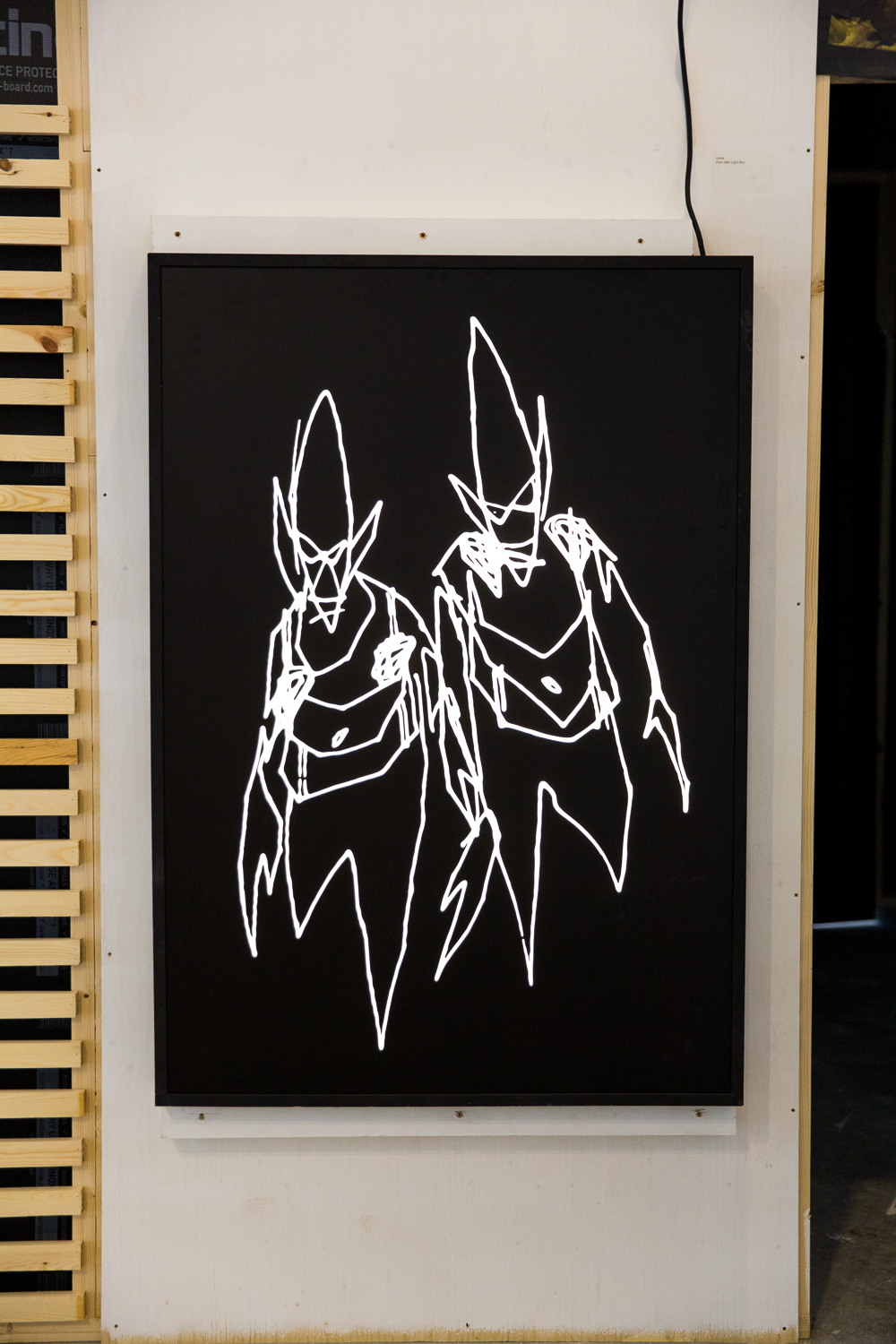 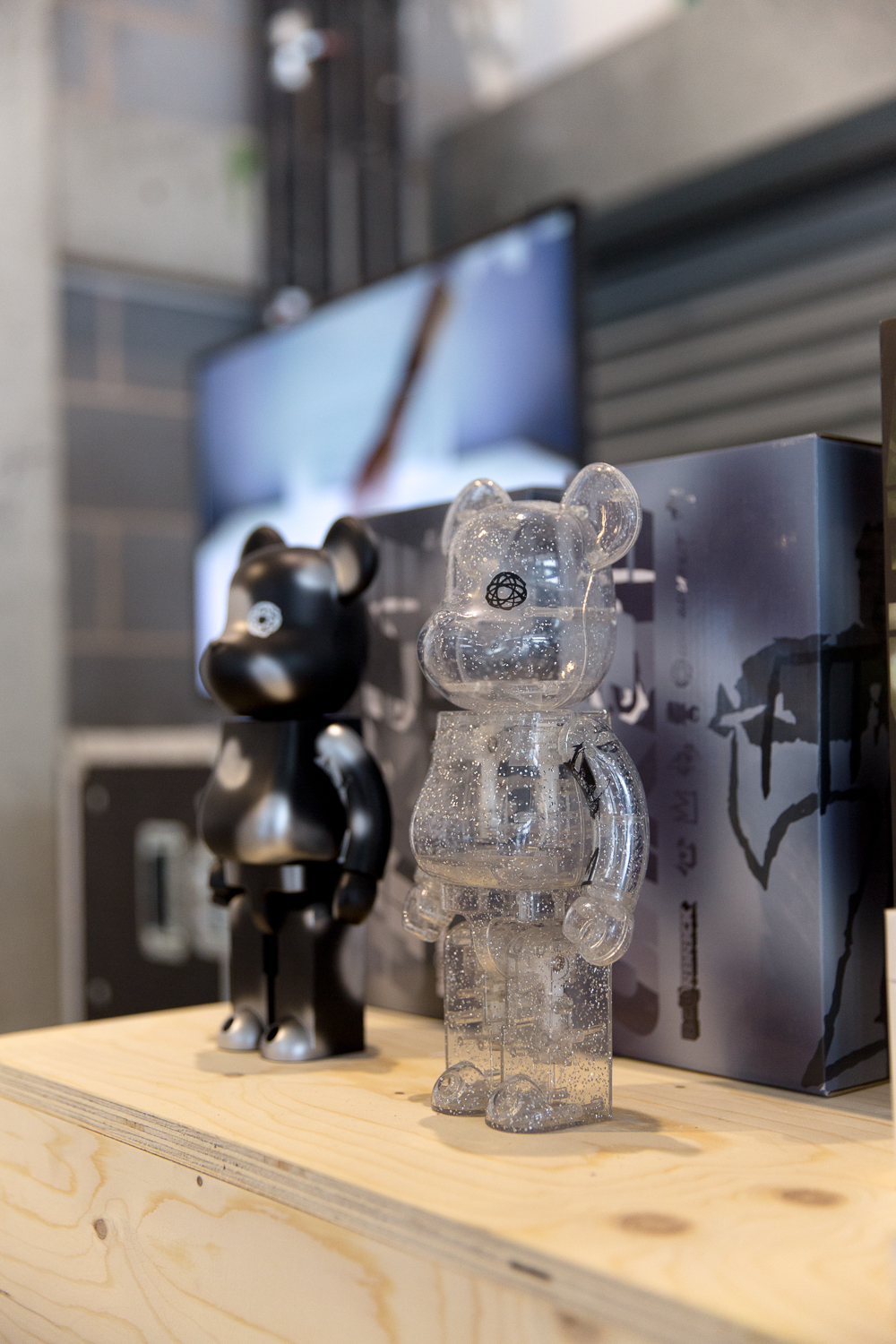 For the streetwear heads, almost all of the footwear collaborations with A Bathing Ape, Nike and Converse were on display including the legendary 'Dunkle' from 2004, created to celebrate the release of the groups second album 'Never, Never, Land'. Additionally, unreleased samples of 2015's 'Build & Destroy' Nike Blazer were also included to give you a glimpse of what could have been. Collab's with brands were never limited to just footwear or vinyl toys, and an impressive display of garments created with Japanese icons A Bathing Ape and Neighbourhood were draped across a wall and there was even one  of the Mo Wax x Supreme collaborative tee's (of which there are only 50 worldwide), complete with a cigarette burn in the chest! 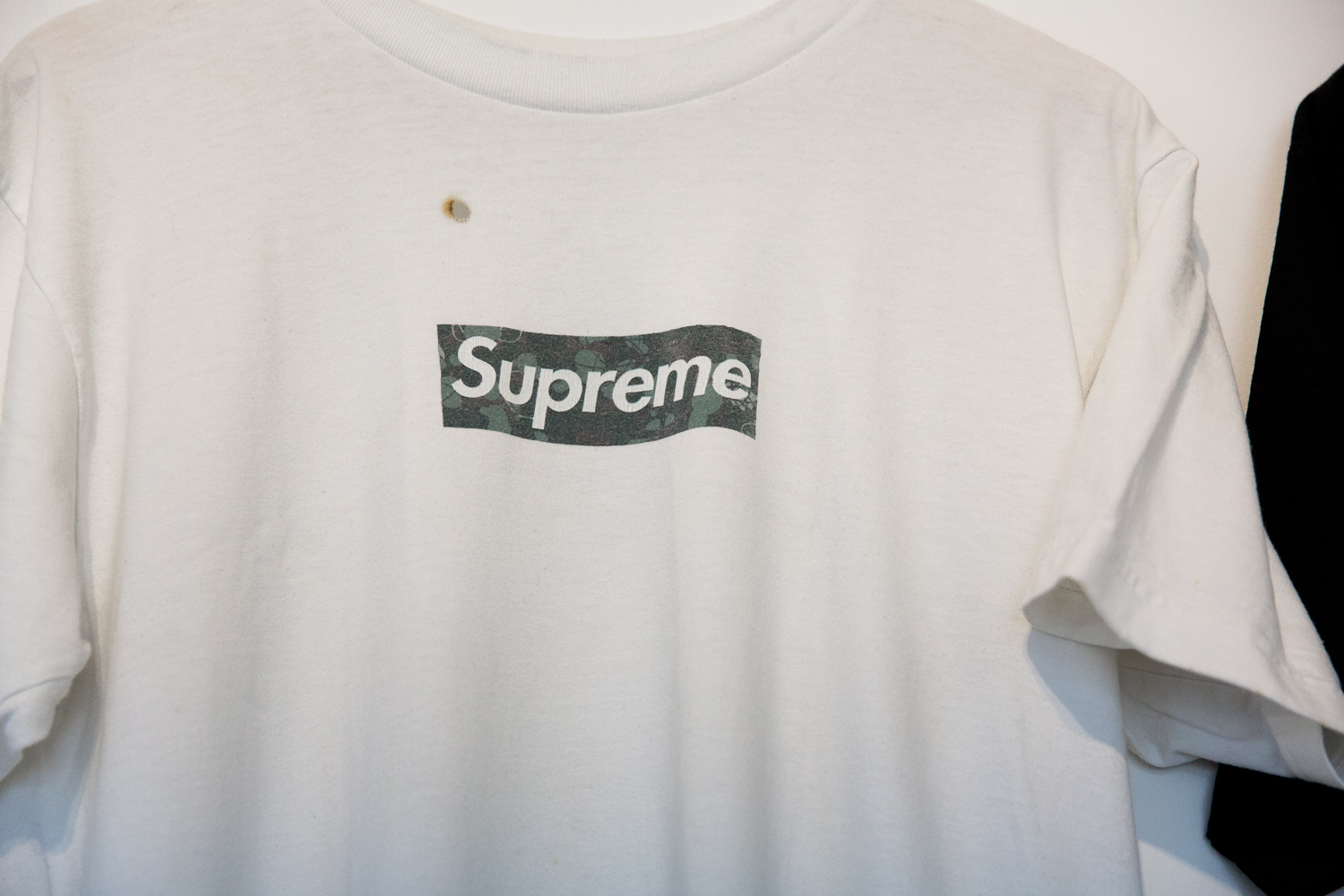 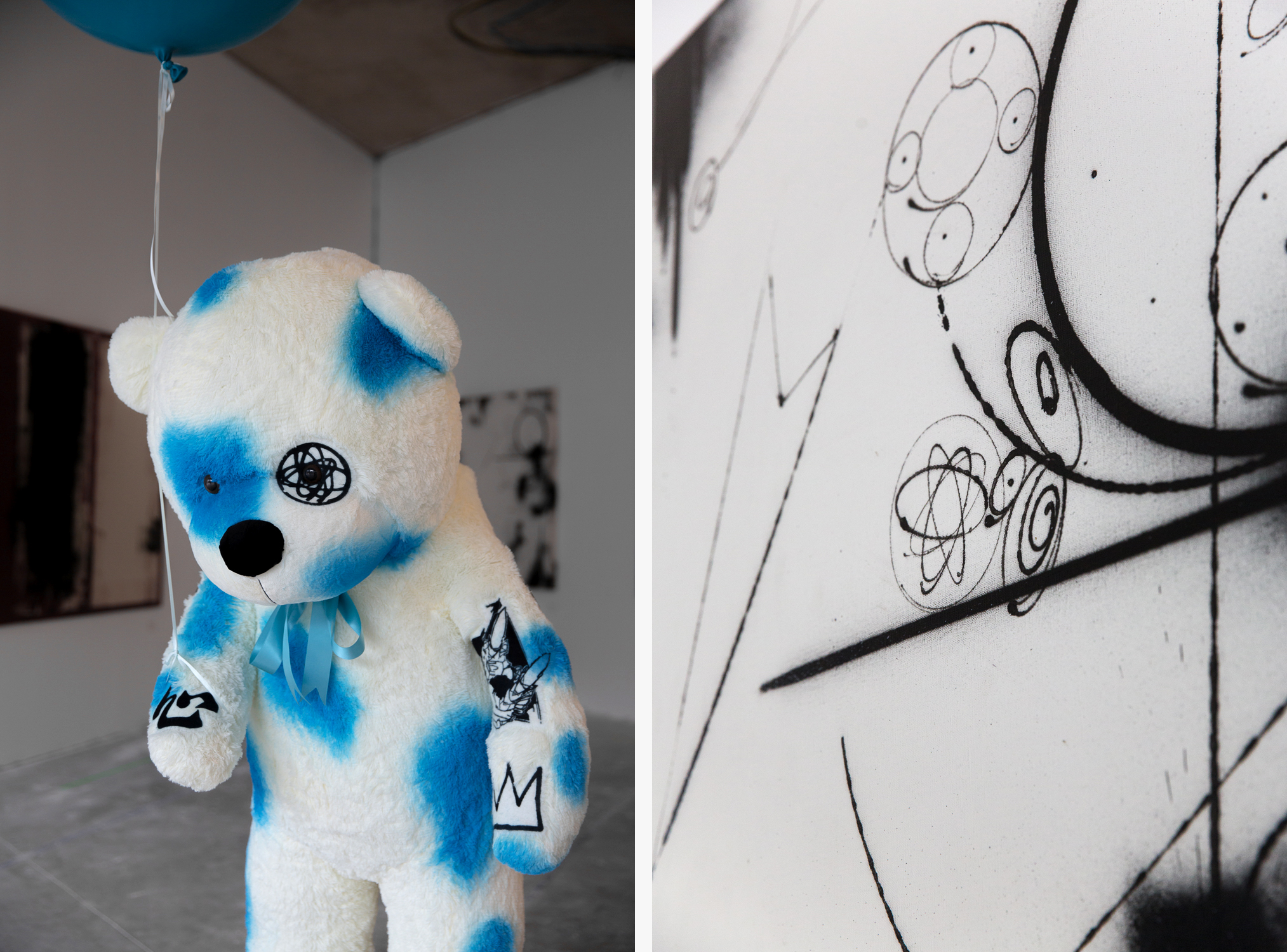 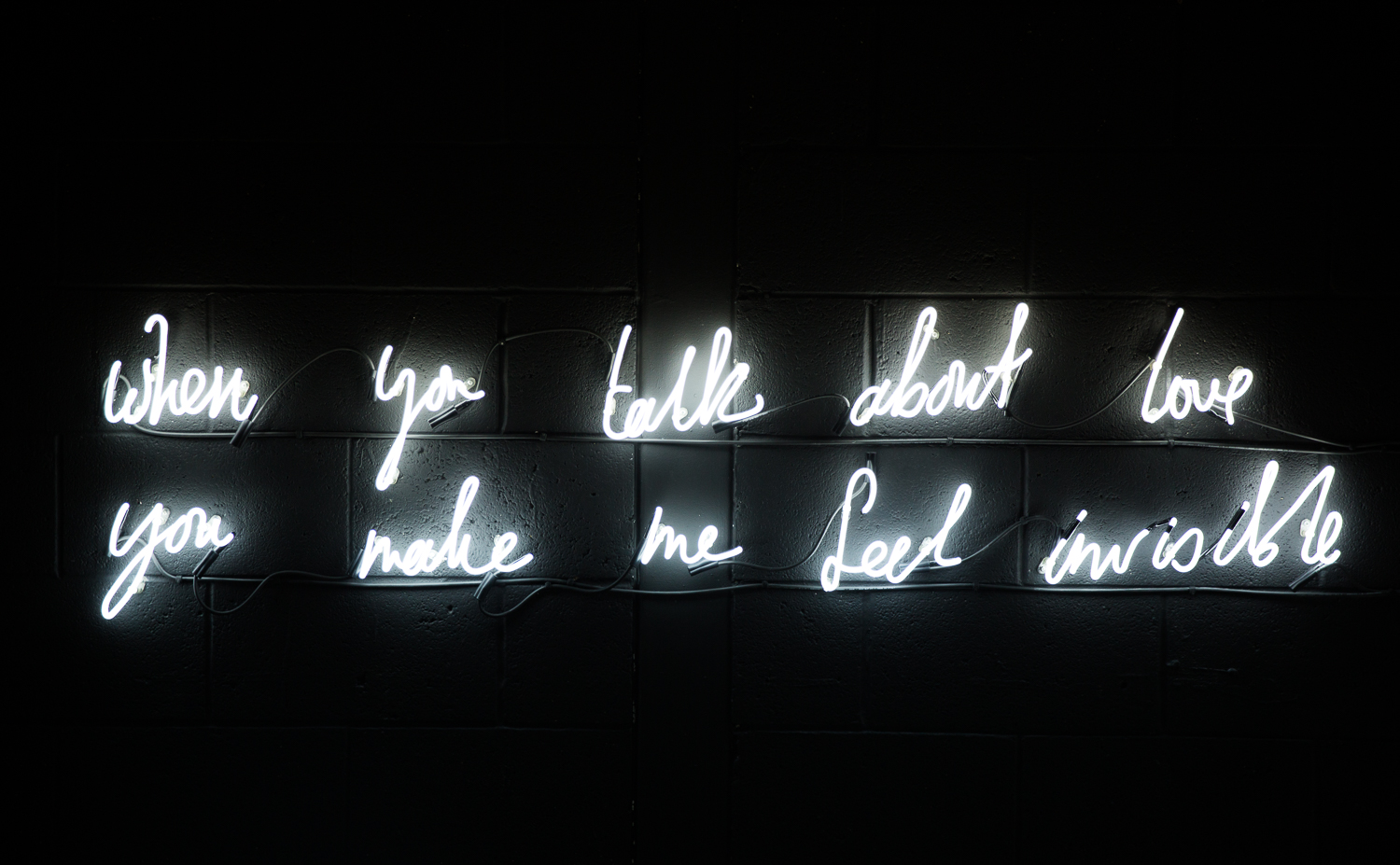 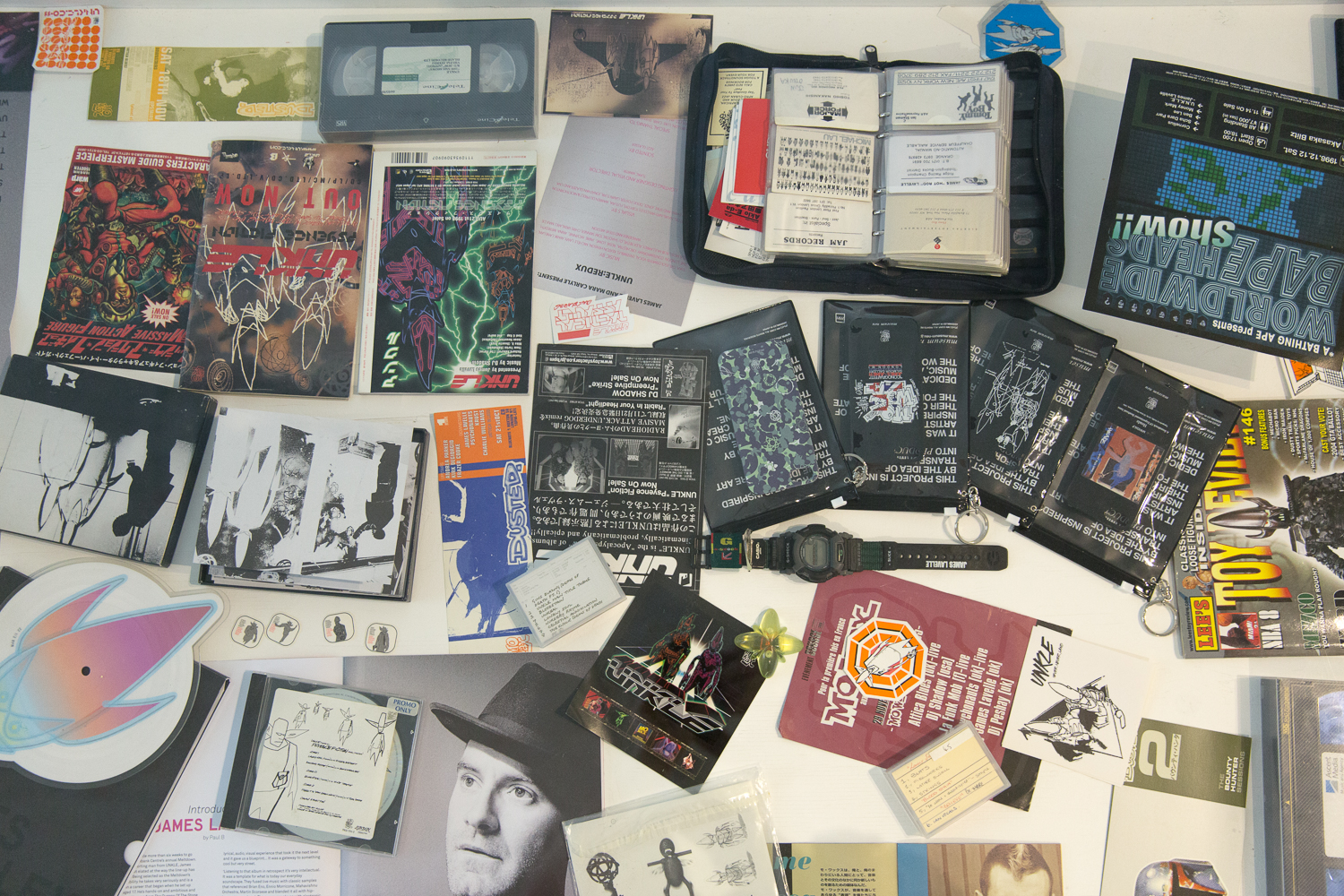 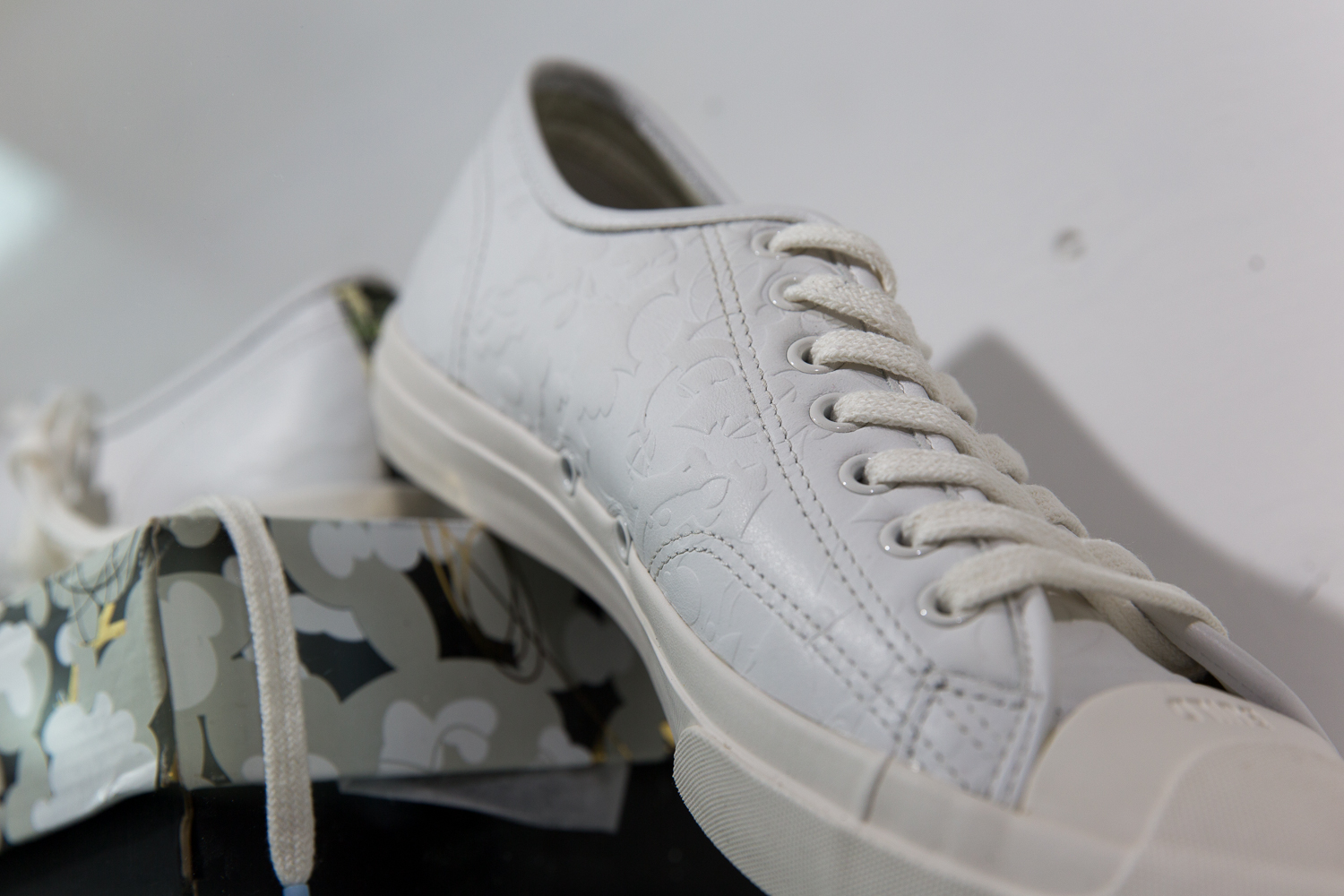 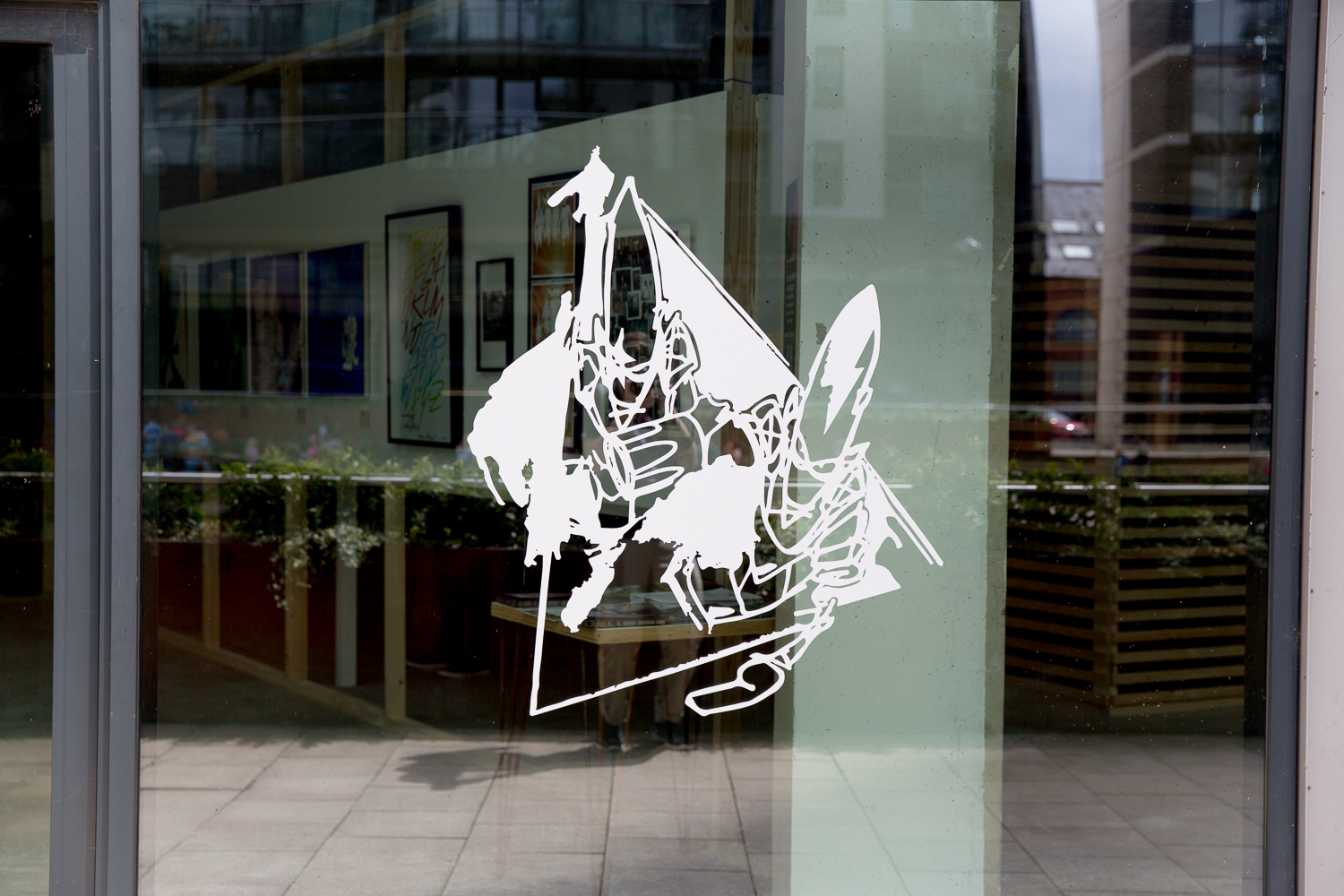