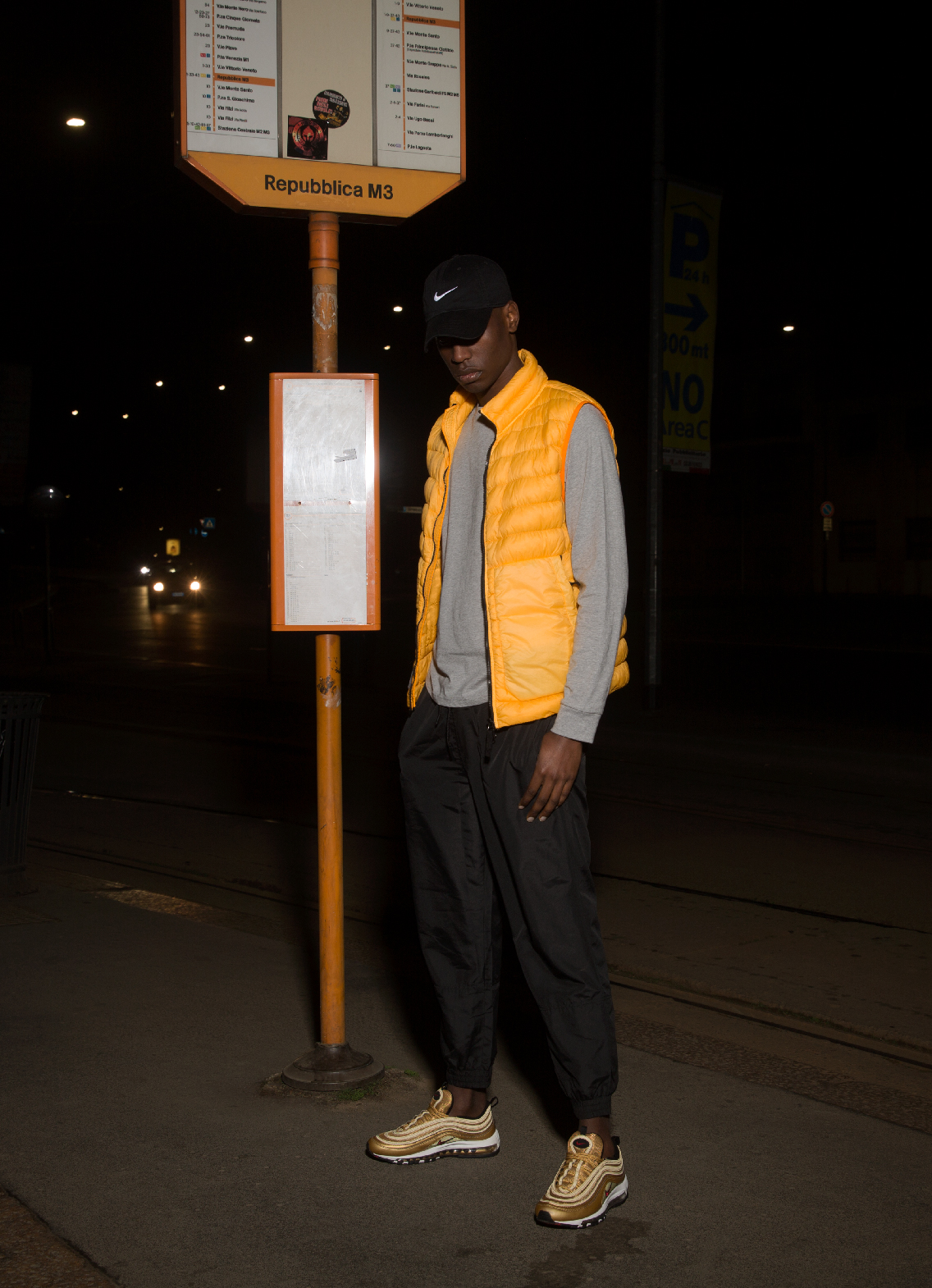 Following in the footsteps of the recent reissue of the legendary 'La Silver', it's gold counterpart is soon due to follow. Replacing the muted greys found on the OG with a headturning all over gold treatment, this release helps emphasise the reflective 3M accents that run across the sides of the sleek upper, inspired by Japan's incredible Bullet Train. Based on previous reissues over the years, I don't think we'd anticipated just how many people were excited for the anniversary celebrations this year, and we cant see this latest version sitting around for long at all. Such a bold, daring design caught the eye of many a daring fashionista, and where better for a shoe to find it’s spiritual home than one of the most fashion conscious cities in the world. Adopted by an infinite number of Italian subcultures, the flamboyant design wasn’t designated to just one style. Taking influence from it’s predecessors the Air Max 95 & 96, the primary appeal of the shoe is based upon the entirety of the considered form over large, in your face branding. An embroidered ‘mini swoosh’ sits on the side in traffic red, surrounded by waves of leather and 3M that appear to pay tribute to Sergio Lozano’s masterpiece from 1995. The Nike Air Max 97 'Gold' will be available online and in size? stores on Thursday 18th May, priced at £140. 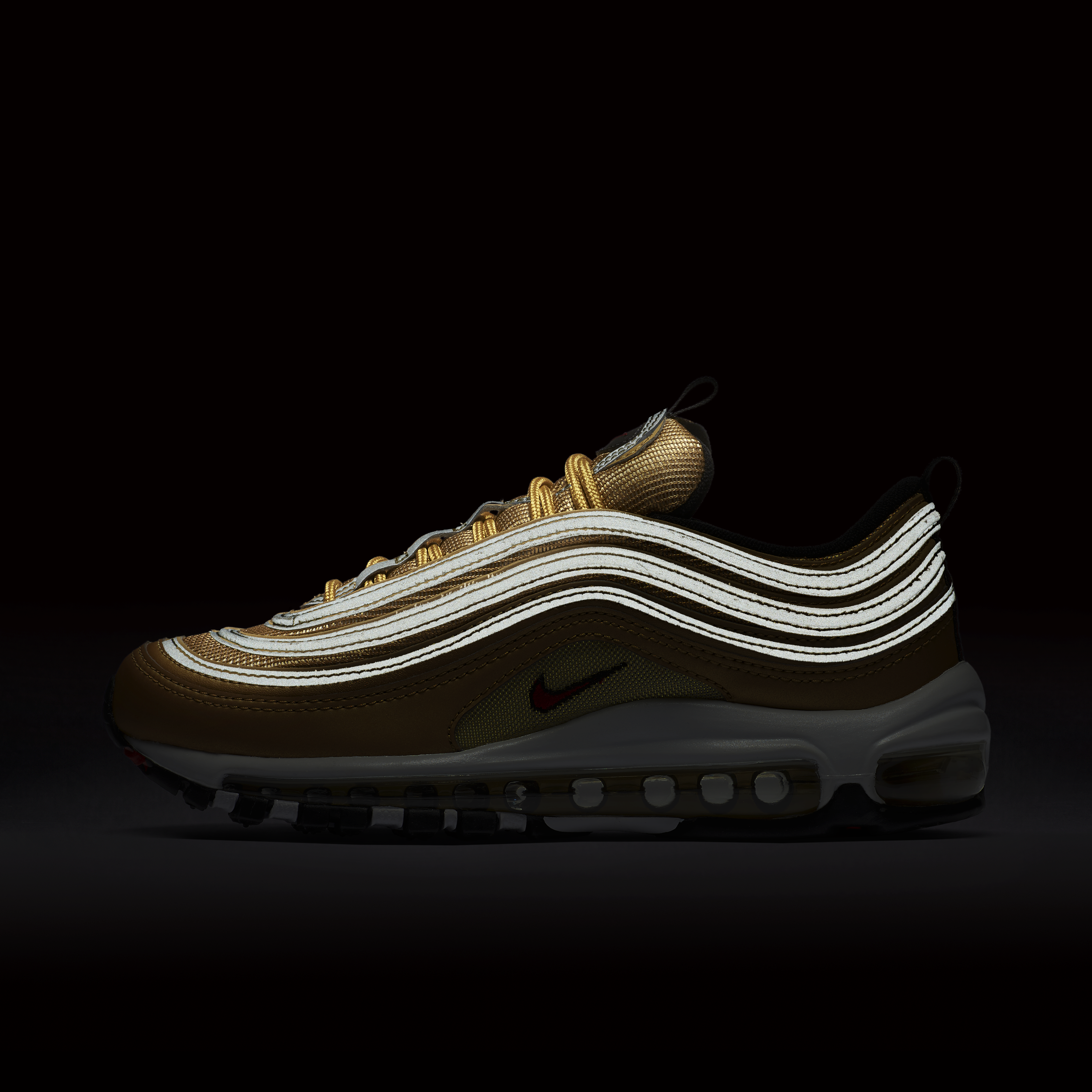 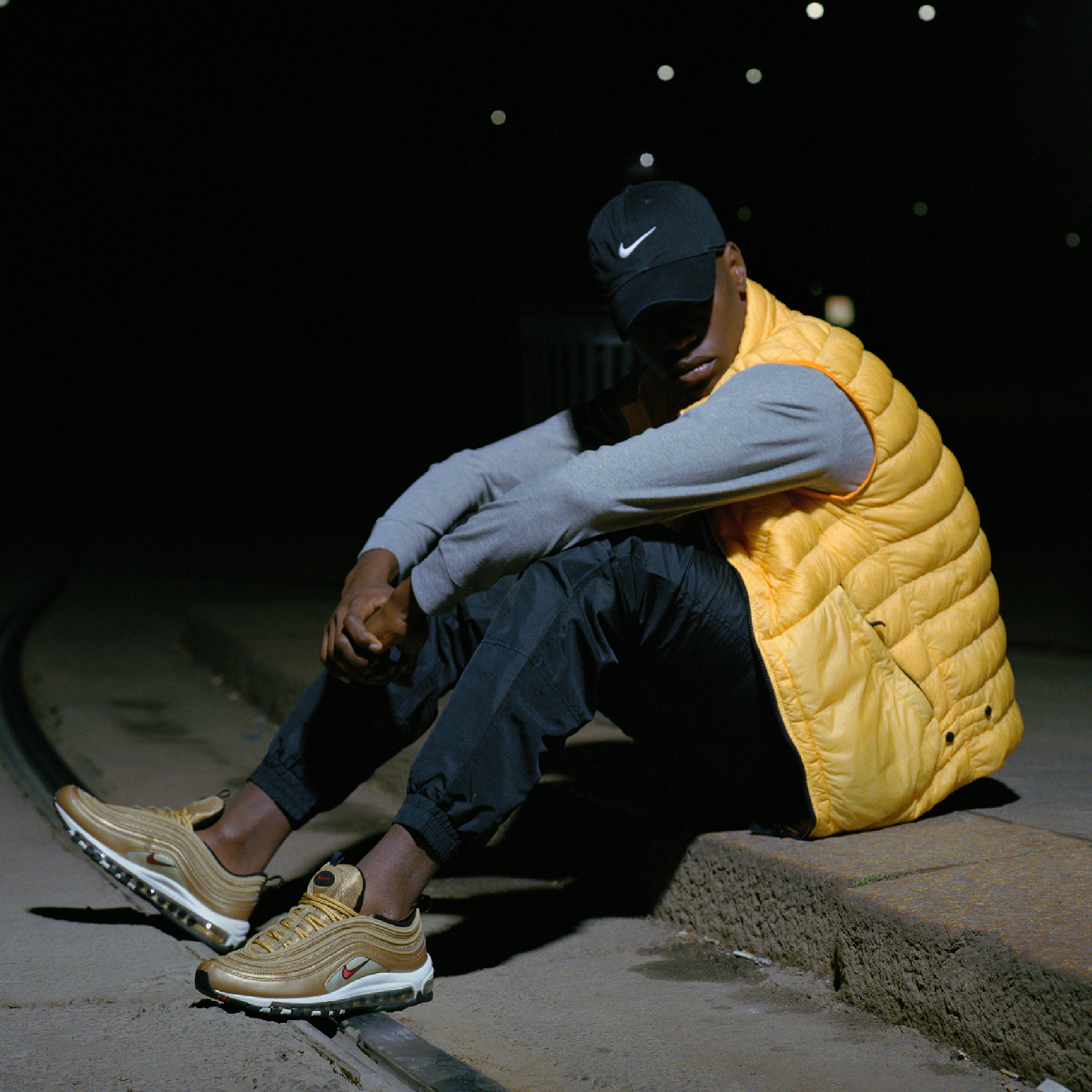 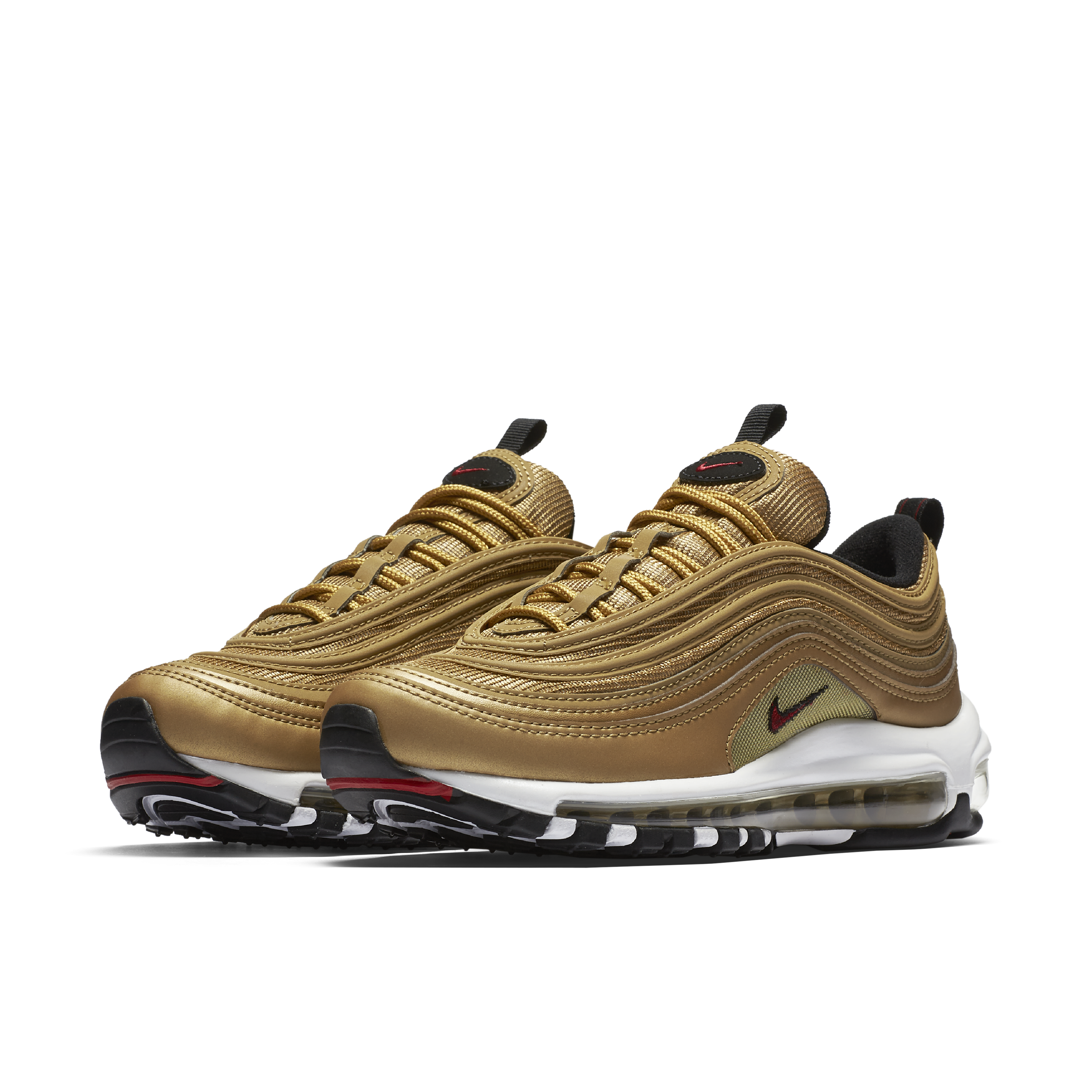