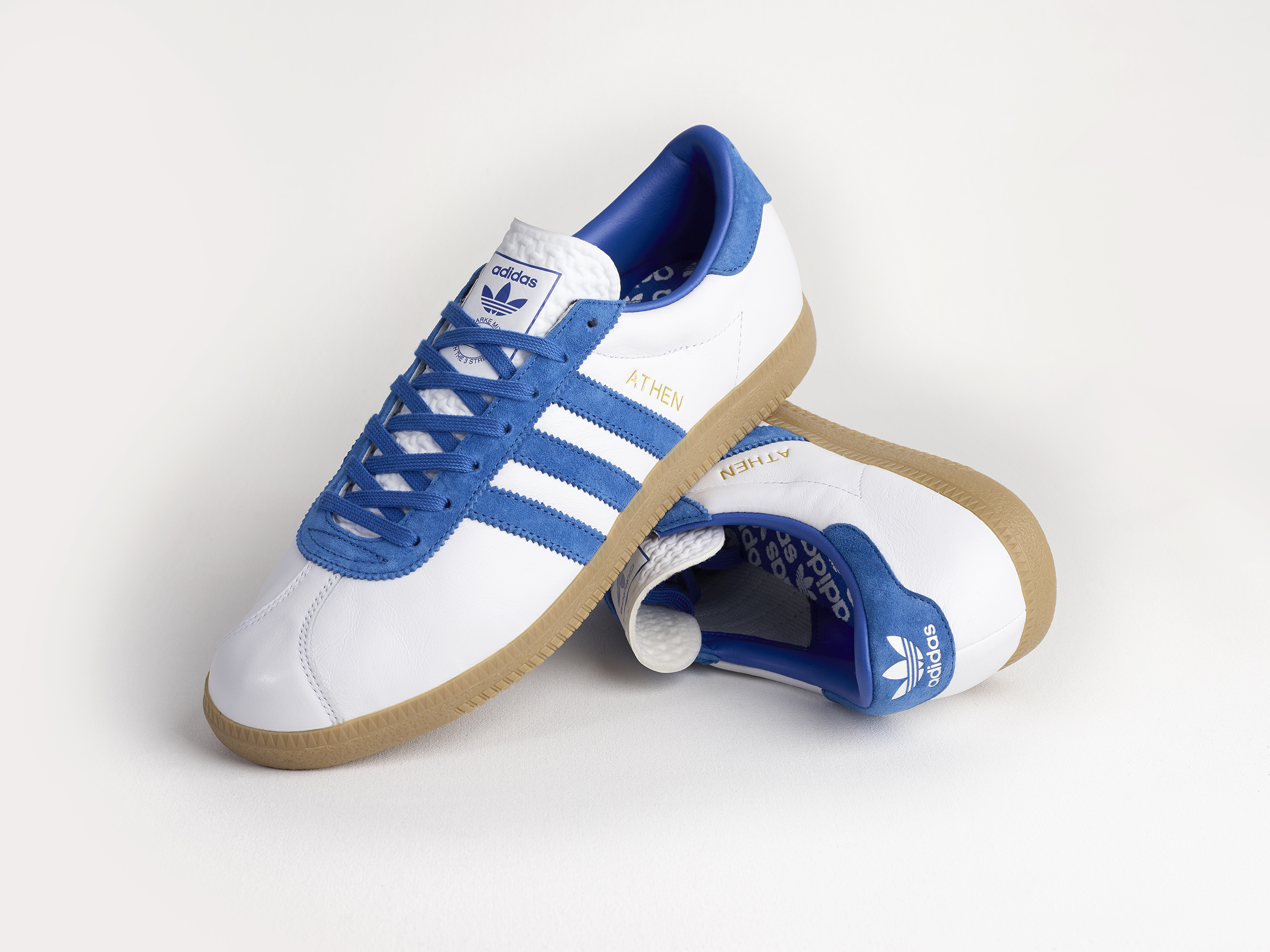 Following on from our bring back of two Original colourways late last year, we're proud to present our latest addition to the lineage of the adidas Originals Athen, in the form of a new and exclusive colourway to size?. Interestingly, the first time around it was originally released under the name ‘Jaguar’ in 1967, later switching to the Athen moniker in 1968 to fall in line with the increasing number of City Series silhouettes born around the same period. A lot of the City Series shoes of the time bridged the price gap between the premium Gazelle and the more budget Rekord, resulting in an affordably priced training shoe suitable for both an active lifestyle and casual wear. Over the years of developments and re-issues, the shoe has been altered several times due to changes in component manufacturers. Beginning with a ripple sole, Continental were then responsible for the hexagonal design used on the 1970 version. Later, an outsole similar to that of the Samba was introduced, and then in 1977 the ‘Odenwald’ sole with it’s turning zone and ‘suction cups’ was decided upon, you may recognise it from similar City Series models like the ‘Brüssel’ or ‘Bern’. This new colourway see's the original blue and white combination flipped out, with white taking priority across a premium leather upper, and soft blue suede on the side stripes, eyestays and heel tab. Gold foil 'Athen' branding sits above the top stripe, and the release is finished off with the signature gum Odenwald midsole underfoot. The size? Exclusive adidas Originals Archive Athen in White and Blue will be available online and in all size? stores on Friday 14th April, priced at £80. To celebrate the opening of our latest store, size? Hanley, we will be launching the Athen a day early in this store. size? Hanley will open at 9.30am on Thursday 13th April at 29 Piccadilly, Stoke-on-Trent, ST1 1EN. 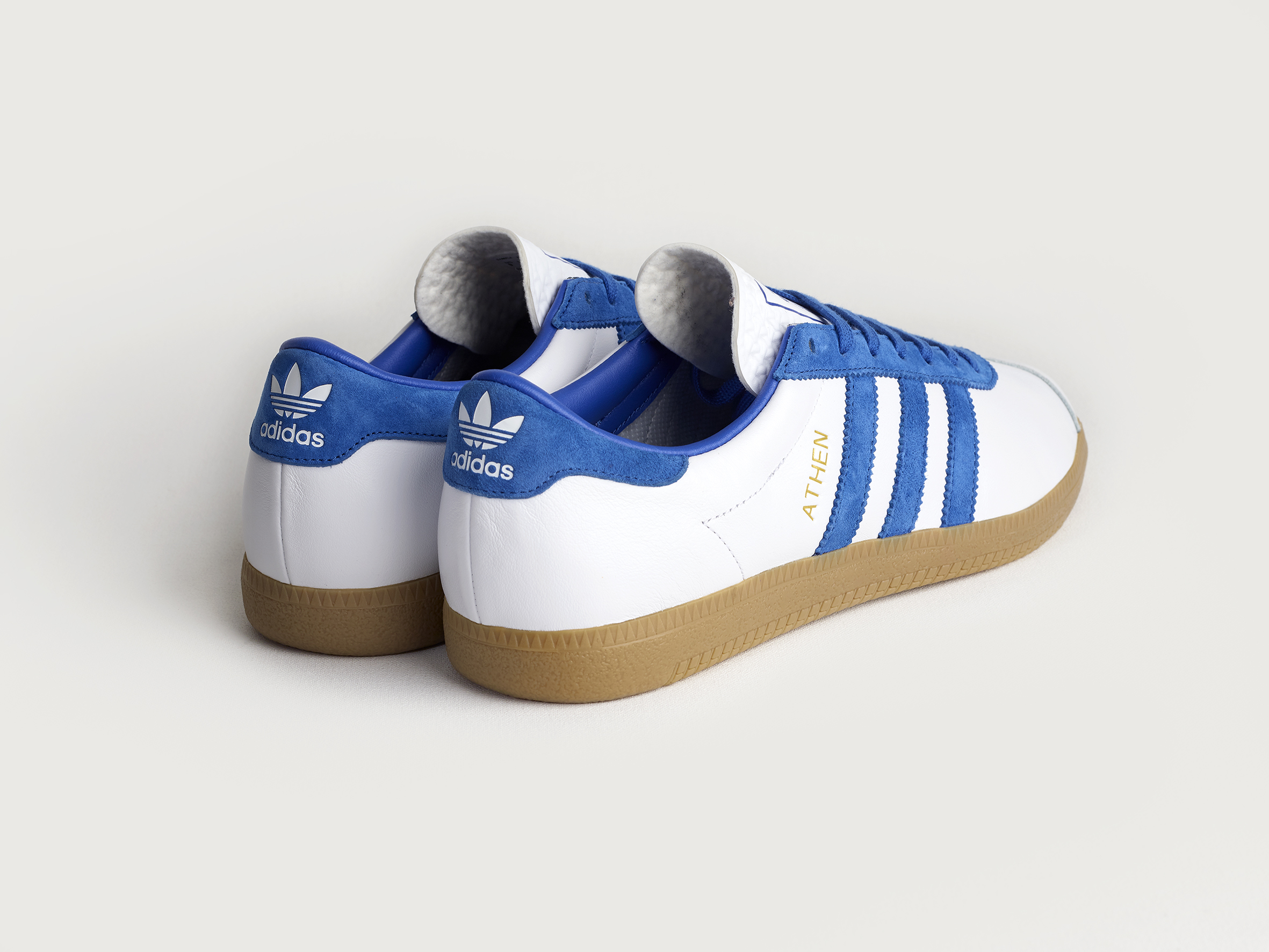 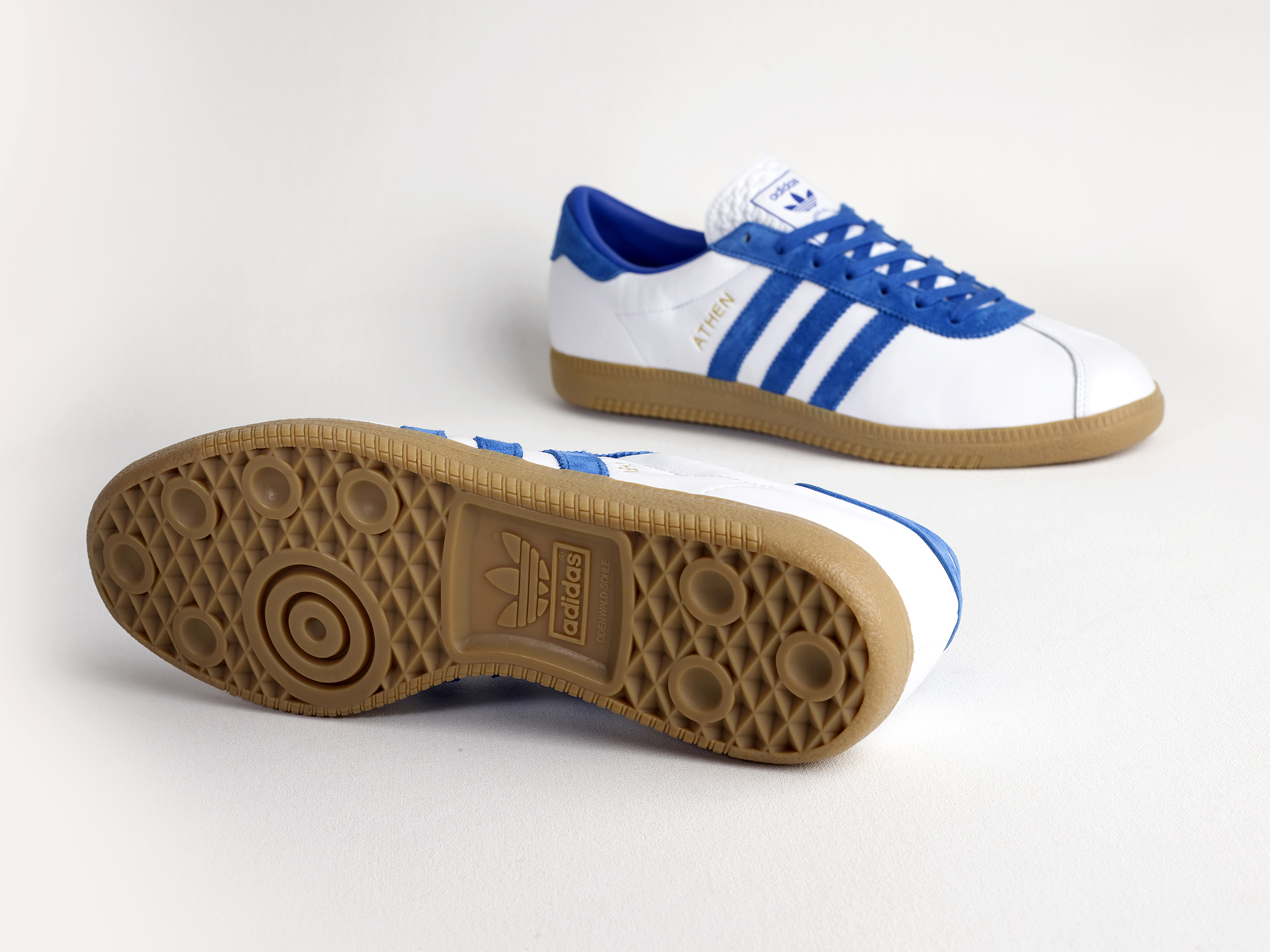 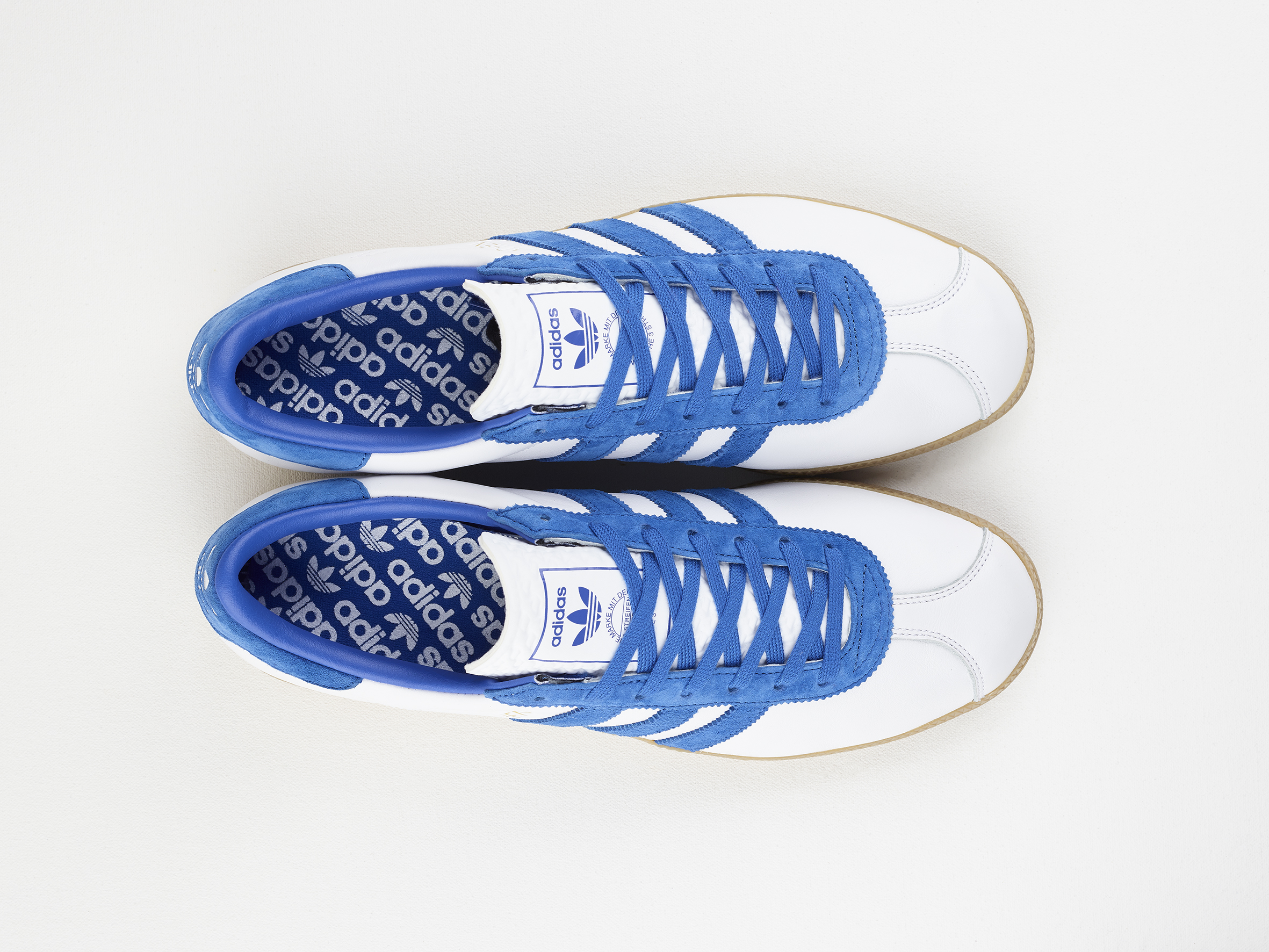 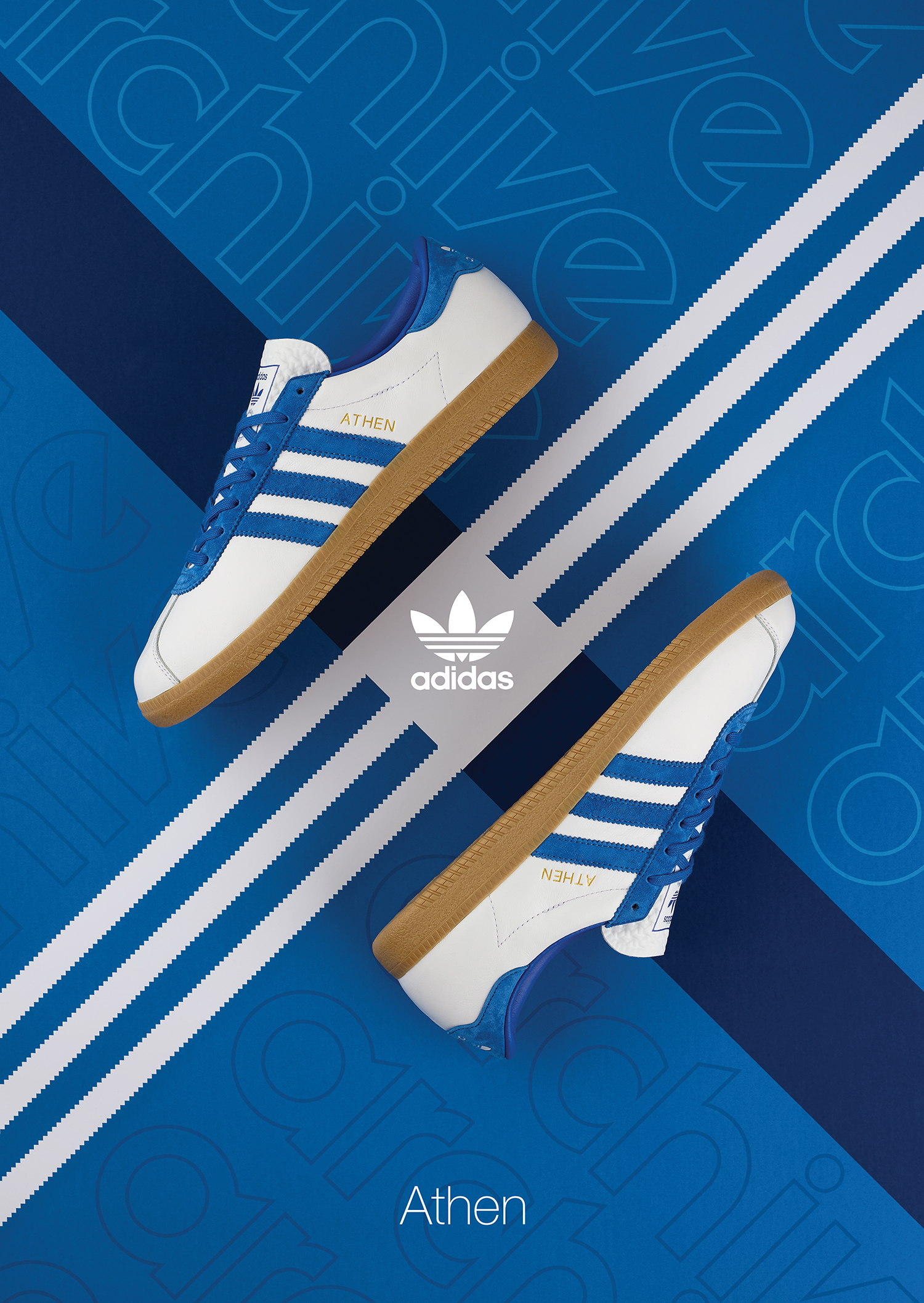