We've taken a closer look at some of our latest and greatest products that have recently arrived from adidas Originals that includes a very diverse mix of products. The recent resurgence of the EQT franchise seems to have gone down extremely well on a worldwide scale, and the brand don't seem to be showing any signs of slowing up and moving it on. The archive within EQT has such depth that there's a wealth of great product to constantly pull inspiration from and reinterpret for the present day. Our current roster of classic originals City and Island series shoes is also looking very strong, with the recent addition of Bermuda, Bern and new colourways of München sitting comfortably alongside staples such as the Gazelle and Stan Smith. Shop our entire selection online here, and take a closer look at some of our recent arrivals below adidas Originals Bermuda - Shop Now Returning for the first time in quite a while, the Bermuda falls in line alongside some of the most iconic trainers to come out of the brand. Released as part of the much sought after Island Series, each product from the collection took it's namesake from exotic locations around the globe. These latest iterations comprise of stripped back colourways with full suede uppers and sidestripes, working as great played down companions to a simple outfit. 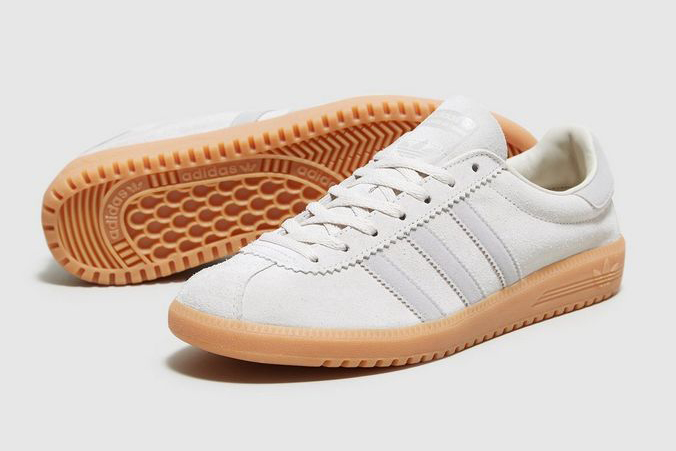 adidas Originals Samba OG - Shop Now One of the most recognisable original 'football' styles, the Samba has seen many variations released over the years. It's more well known in it's black leather 'Super' guise, complete with oversized tongue and performance outsole, but this slimmed down version commands just as much attention as it's sibling. This latest reissue see's a monochrome leather combination used across the whole upper, while the wraparound 'T' toe is cut in a light grey suede. A classic dark gum midsole runs the length of the shoe, bordered by serrated detailing also found on the signature sidestripes. 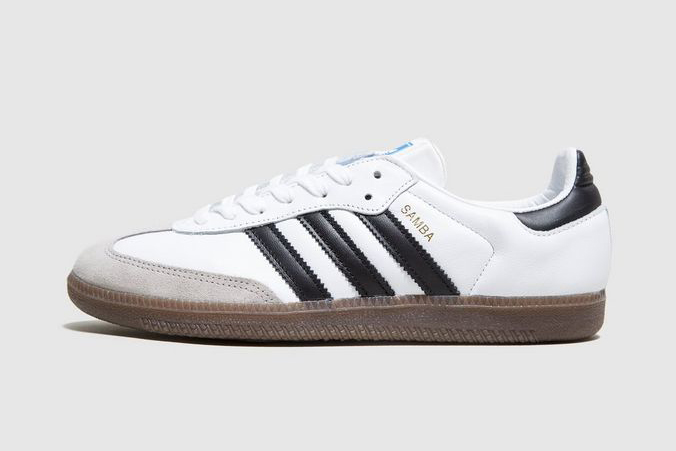 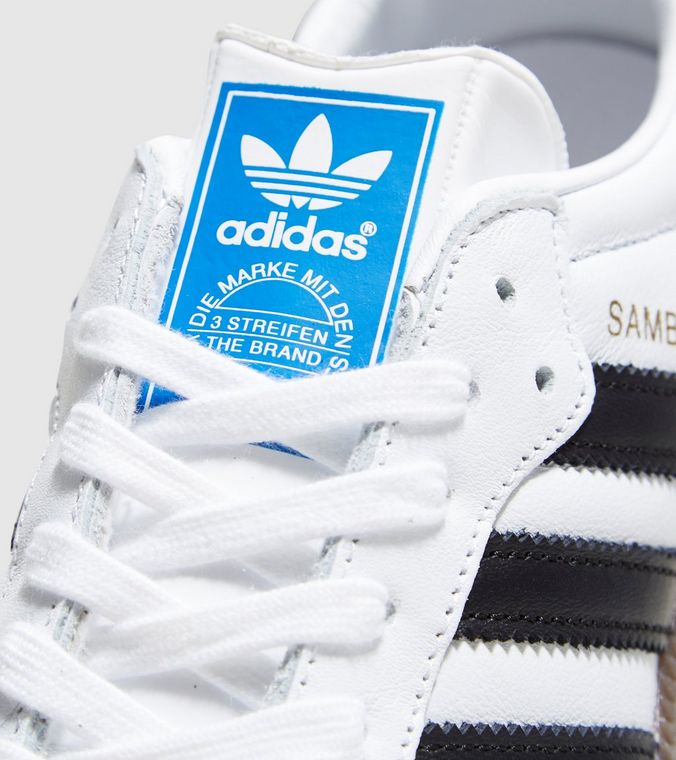 adidas Originals EQT Apparel - Shop Now Recent advances in technology have allowed adidas Originals to enhance their celebrated Equipment product for the modern day consumer in 2017. There was so much great looking product created in the early 90's that it seems only right to bring back some of that flavour and introduce it to a new crowd to appreciate. A key part of the EQT identity has always been the signature tri-colour palette of black, white and sub-green, which transfers into this latest collection through bold colour blocking that only subtly hints at the application of the 'three stripe' branding. 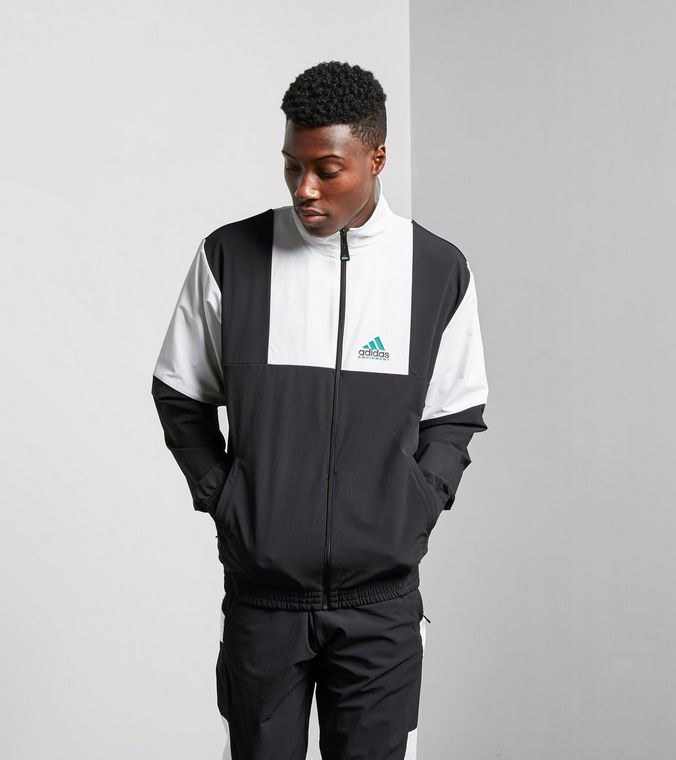 adidas Originals München - Shop Now The Japanese interpretation of the München has seen a lot of love this past year. Originally only available in Japan after being produced under license, it was reintroduced as part of the limited Spezial collection. Later in the year we then released our own exclusive colourways that paid tribute to city series shoes of the past. Making it available to a wider audience for the first time, adidas have pulled together a great three shoe pack of luxurious suede renditions that complement the transparent gum midsoles perfectly. 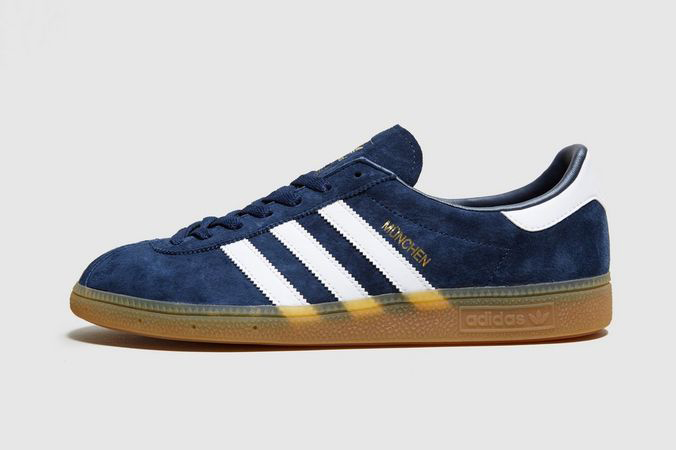 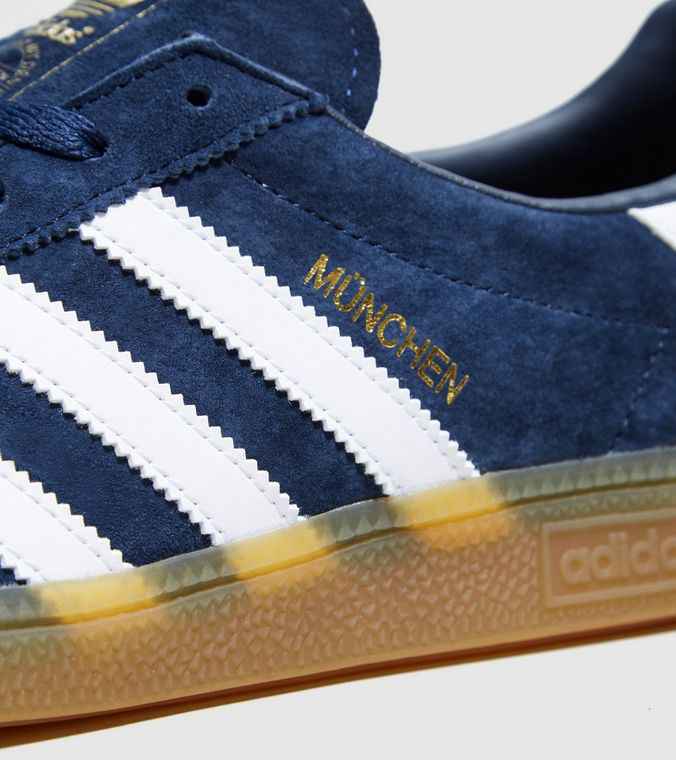 adidas Originals Classic Backpack - Shop Now The newest accessories range we've received from adidas Originals runs with a very clean aesthetic throughout, and this latest presentation of it's classic backpack is no different. Covered in a premium synthetic tan suede, the trefoil branding is subtly debossed within the front pocket, with other small branding hits also located on the adjustable straps and labels. On the whole it goes to show that brash colours and overpowering branding aren't always neccessary when your product looks this good. 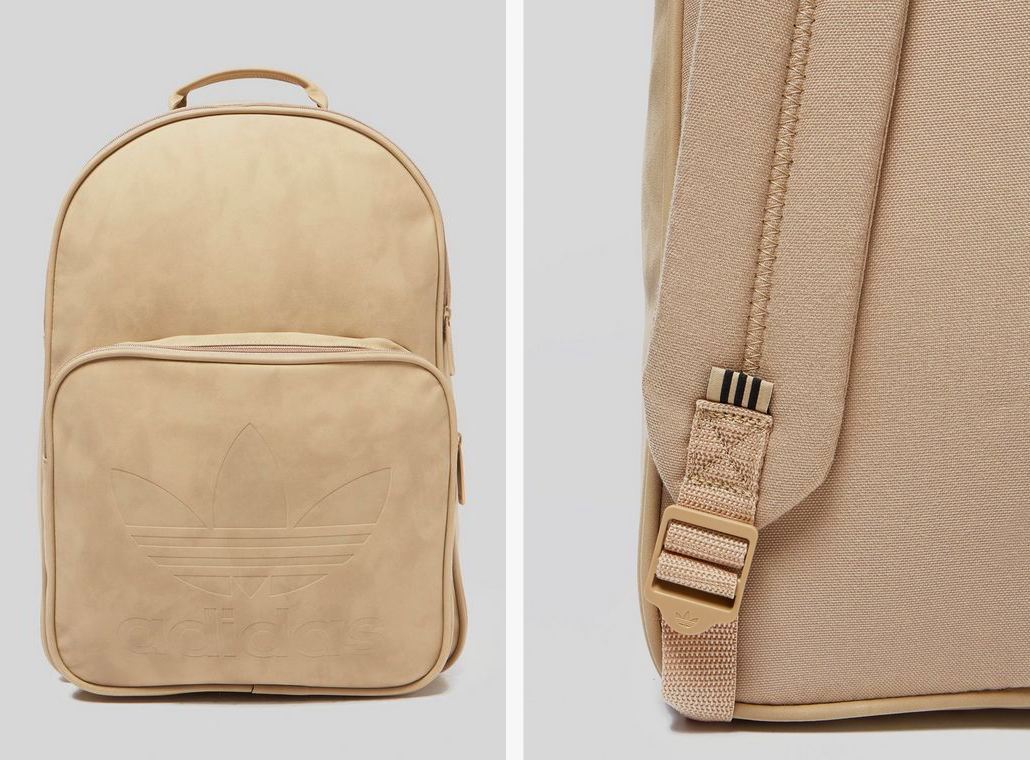 adidas Originals LA Trainer - Shop Now First debuting at the Los Angeles Summer Olympics in 1984, the LA Trainer was an innovation of the era. The use of removable plugs within the rear of the midsole meant an athlete was able to control the density of the unit to enhance comfort underfoot. You were able to physically alter the make-up of the shoe to your preference dependent on your heel strike. 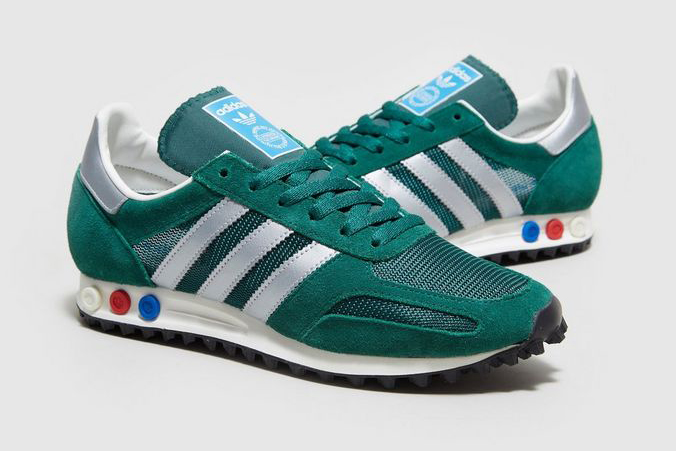 adidas Originals 83-C Collection - Shop Now A historic story behind a product is always a great addition to a collection. Supposedly designers from adidas Originals found the first '83-C' jacket in a thrift store, with the name 'J. Mano' embroidered onto it, but there was no record of such a product ever existing. After years spent searching eventually they discovered it belonged to a Car Racing Mechanic who changed tyres at a race track named '83-C'. The new collection pays homage to this original customisation  in both black and cream colourways, with Mano's signature still visible upon the sleeve. Additionally to the rework of the track top, the range now includes matching bottoms and a t-shirt. 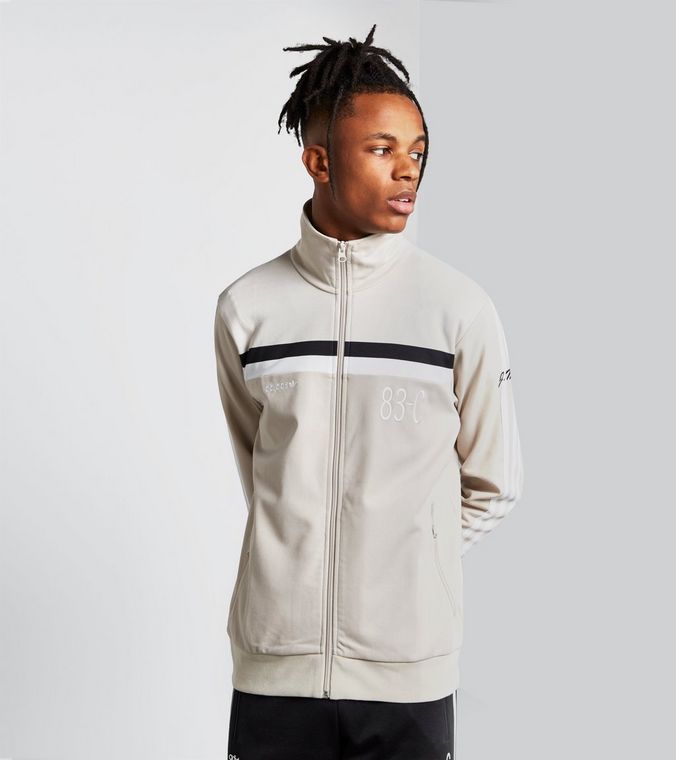 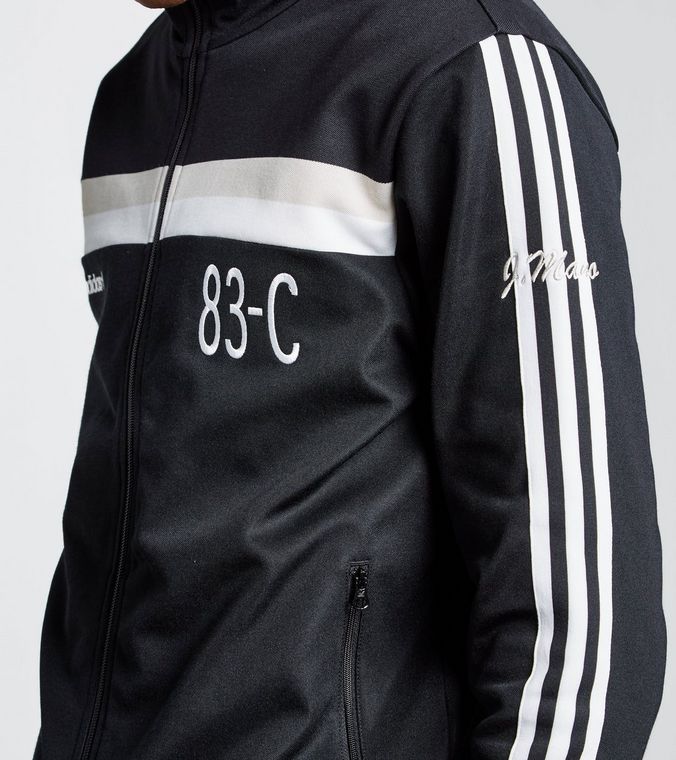 adidas Originals EQT Support Boost Primeknit - Shop Now The latest evolutionary form of the EQT support see's a full overhaul of almost all of it's original elements. Firstly the upper has been reimagined with a full Primeknit upper, making use of a new 'wooly' composite that replaces the suede panelling on the first version from 1993. The Riemen straps are still present on the side, acting as a support mechanism to hold the foot in place. These lead down to the Ultra Boost midsole, the latest in comfort that appears to fit the streamlined profile of the EQT perfectly. 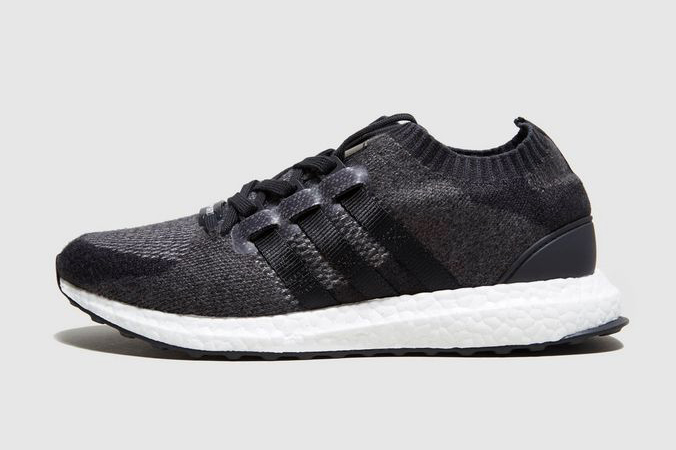 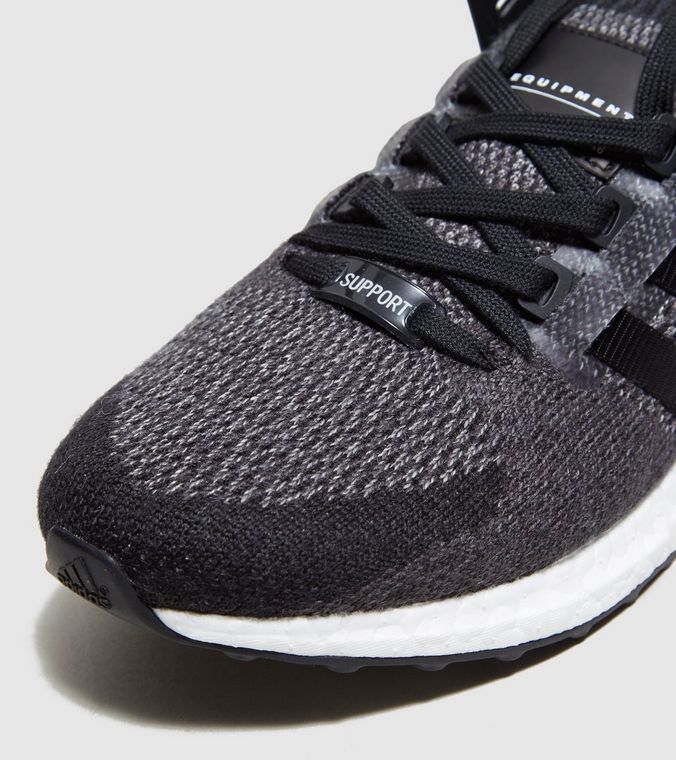 adidas Originals Gazelle - Shop Now Finding its feet last year after last years reintroduction, Gazelle returns again for 2017 in a host of new tonal colourways. Similar to the Bermuda's we mentioned earlier, simple tonal hue's are teamed up with the semi-transparent light gum midsole.  After the success of the 'perfect' version, we also recently saw a reissue of the Gazelle Super that features a side branding 'window' similar to that seen on an original Samba Super. We're looking forward to seeing  a few more variations as the year progresses, especially as we head towards the warmer months when colours get turned up a notch. 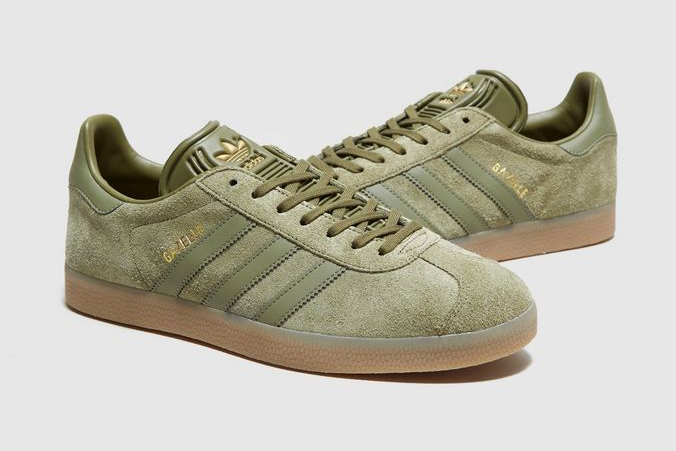 adidas Originals NMD Luggage - Shop Now A continuing theme with the NMD collection as a whole has been an encouragment to get outside and explore. This mantra has been carried over from the popular footwear line into a selection of hardwearing accessories designed to keep your belongings safe while travelling. Our current range consists of several different sized pieces, from backpacks, to large totes and small coin pouches, each decorated with the multi-lingual translation of the 'Brand with the Three Stripes' strapline. 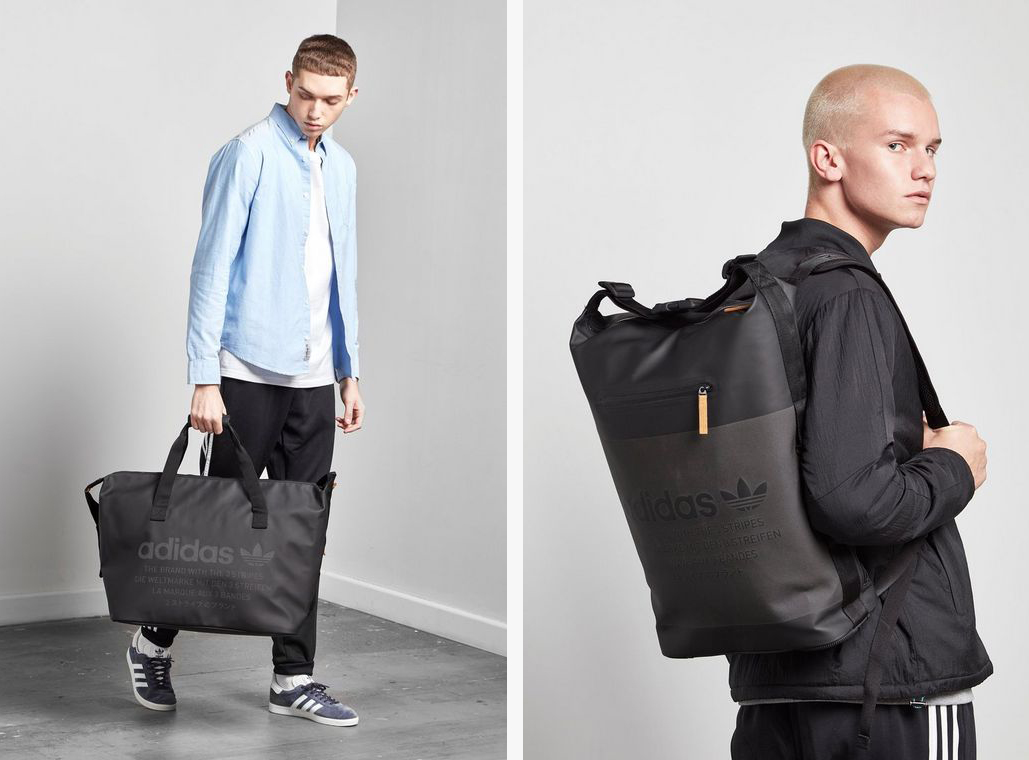 adidas Originals Valencia - Shop Now Taking on the guise of a running style in place of the standard city series form, the Valencia bares a striking resemblance to another training shoe of the era, the Jeans MKII. Dressed in full leather across the upper this OG version of the 1980 Valencia hasn't been seen on shelves in decades (it's a struggle to find much information on it!) and we're interested to see where adidas Originals take it next and update it throughout 2017. 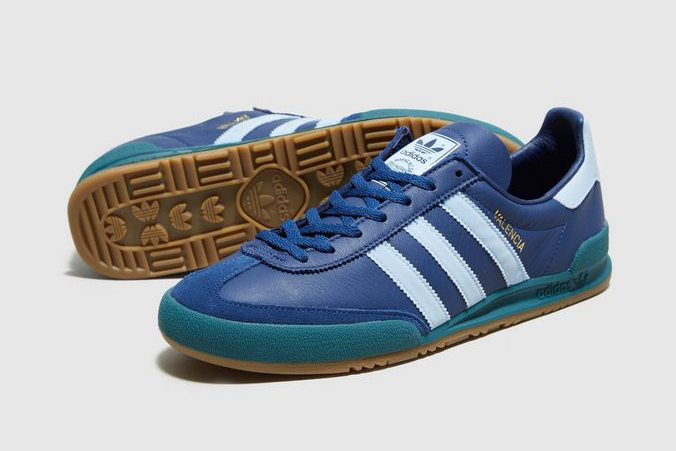 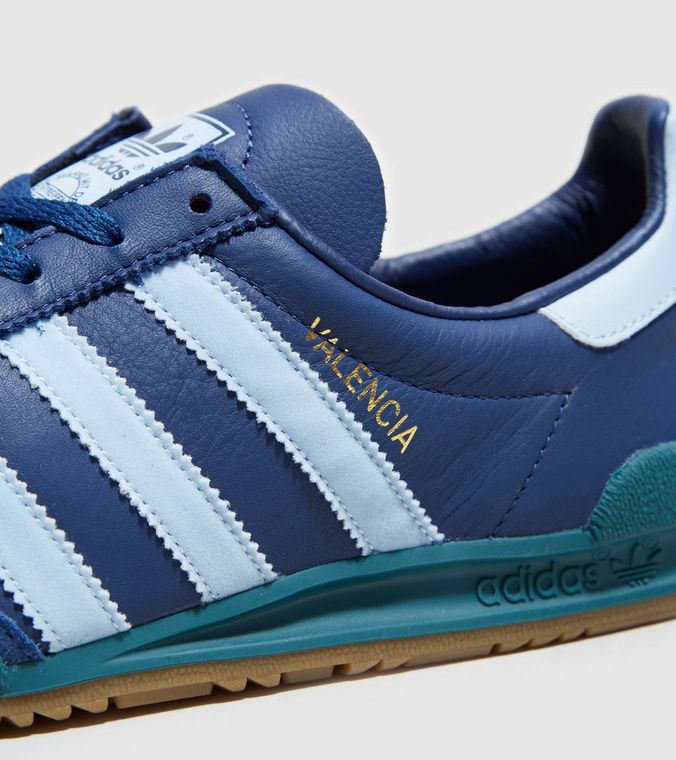