Combining the latest and greatest technologies available at adidas Originals to reinvent one of the most celebrated product collections in the brands history, the heralded Equipment range makes a return for 2017 in a host of updated guises, and with it's new signature colourway Turbo Red. The core pack of this weeks releases see's the brand continue to evolve with the times and reinvent what was already a greatly successful product line. Using the core DNA of the Support aspect of Equipment, adidas Originals present three new iterations of the lineage, Support Boost, ADV, and 93/17. Support Boost is the closest resemblance to the original release from 1993, with it's various suede panels wrapping around the upper, it's new addition comes in the form of a full length Ultra Boost midsole to aid with cushioning. 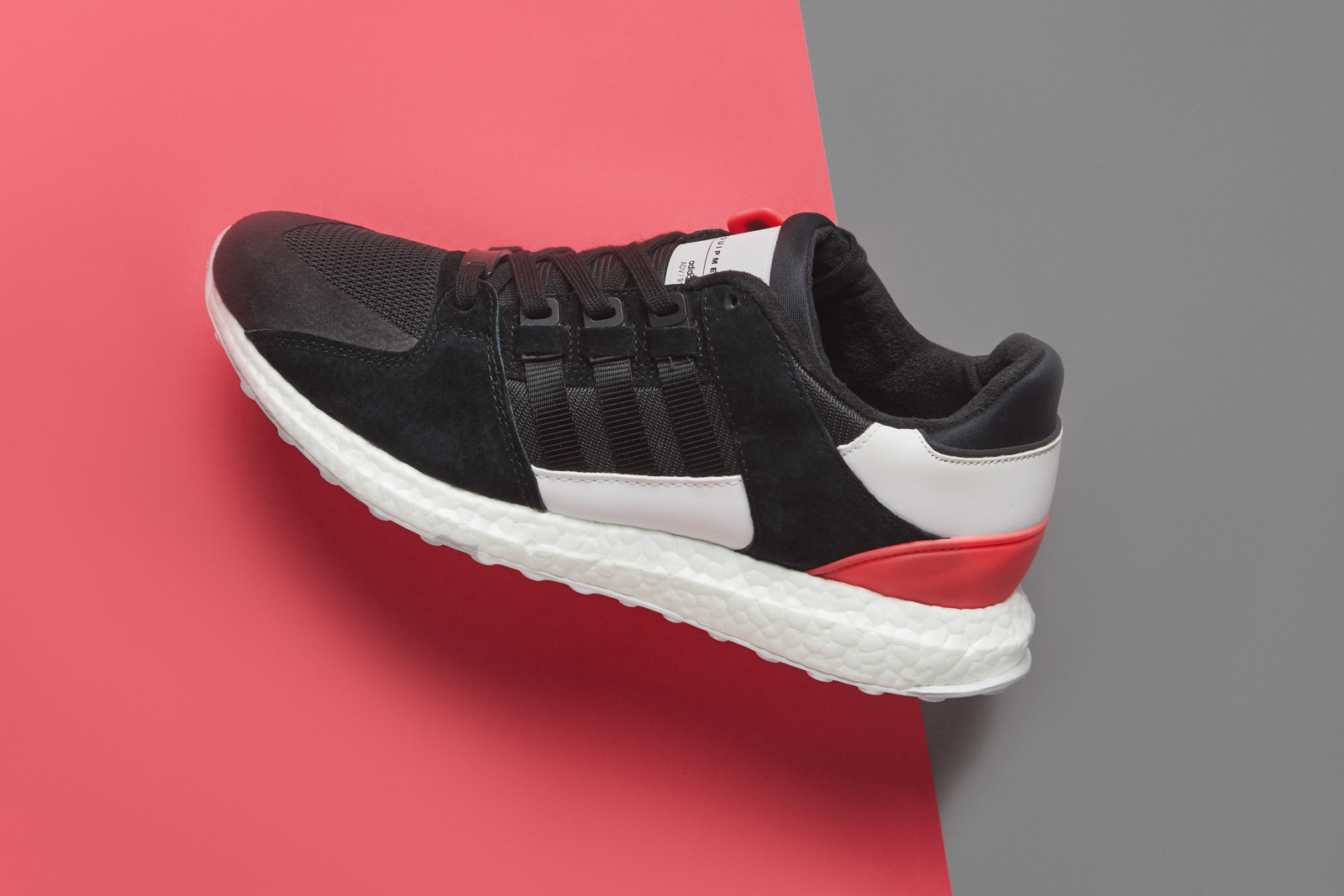 EQT ADV made it's debut in the middle of last year and instantly became one of the favourite releases for many. We were given a lightweight reinterpretation with a much more streamlined profile to suit the european connoisseur. Changing form again for 2017, a full primeknit upper replaces the suede and mesh combo, decorated with a linear pattern spread across each pattern which also denote differeing areas of elasticity. 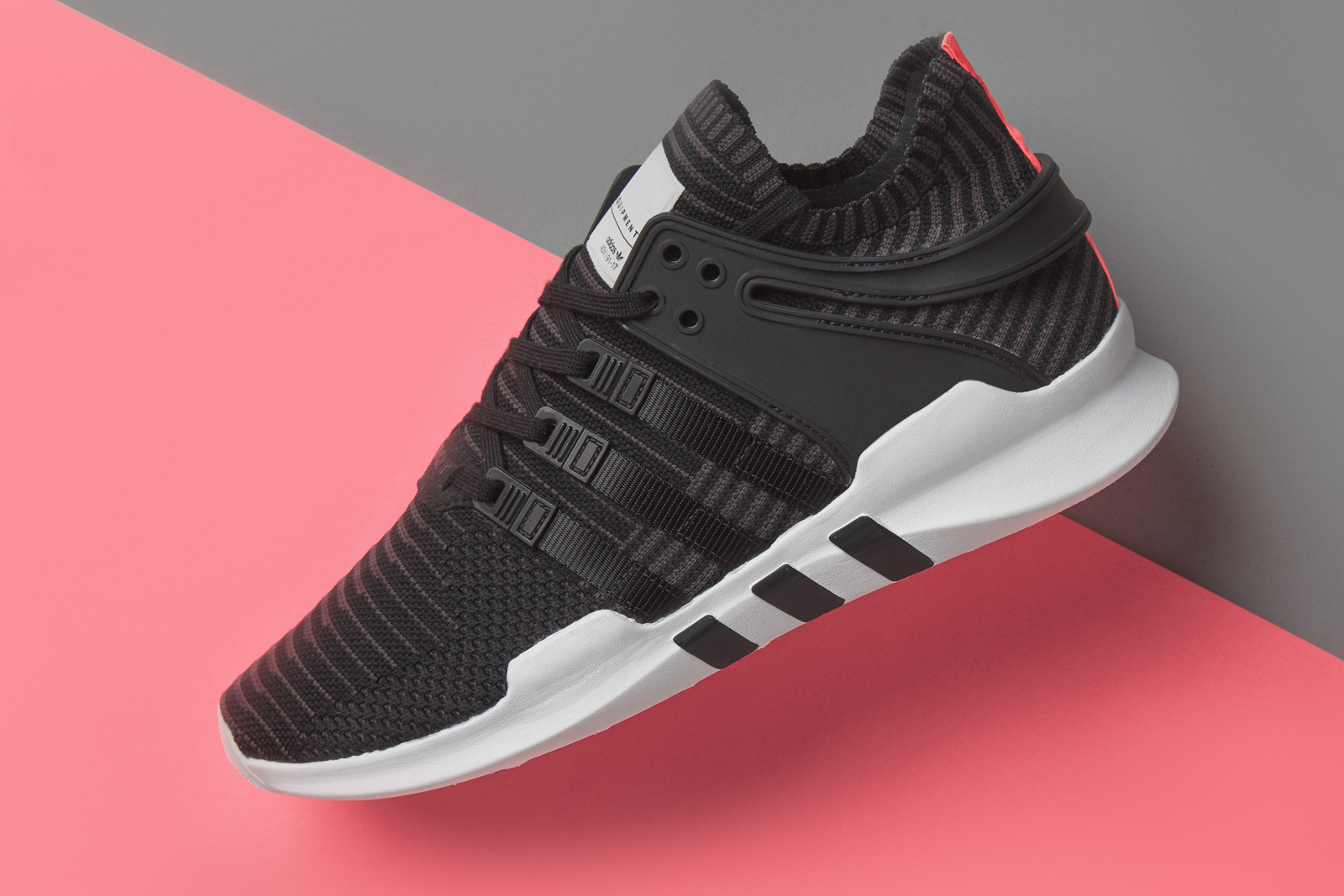 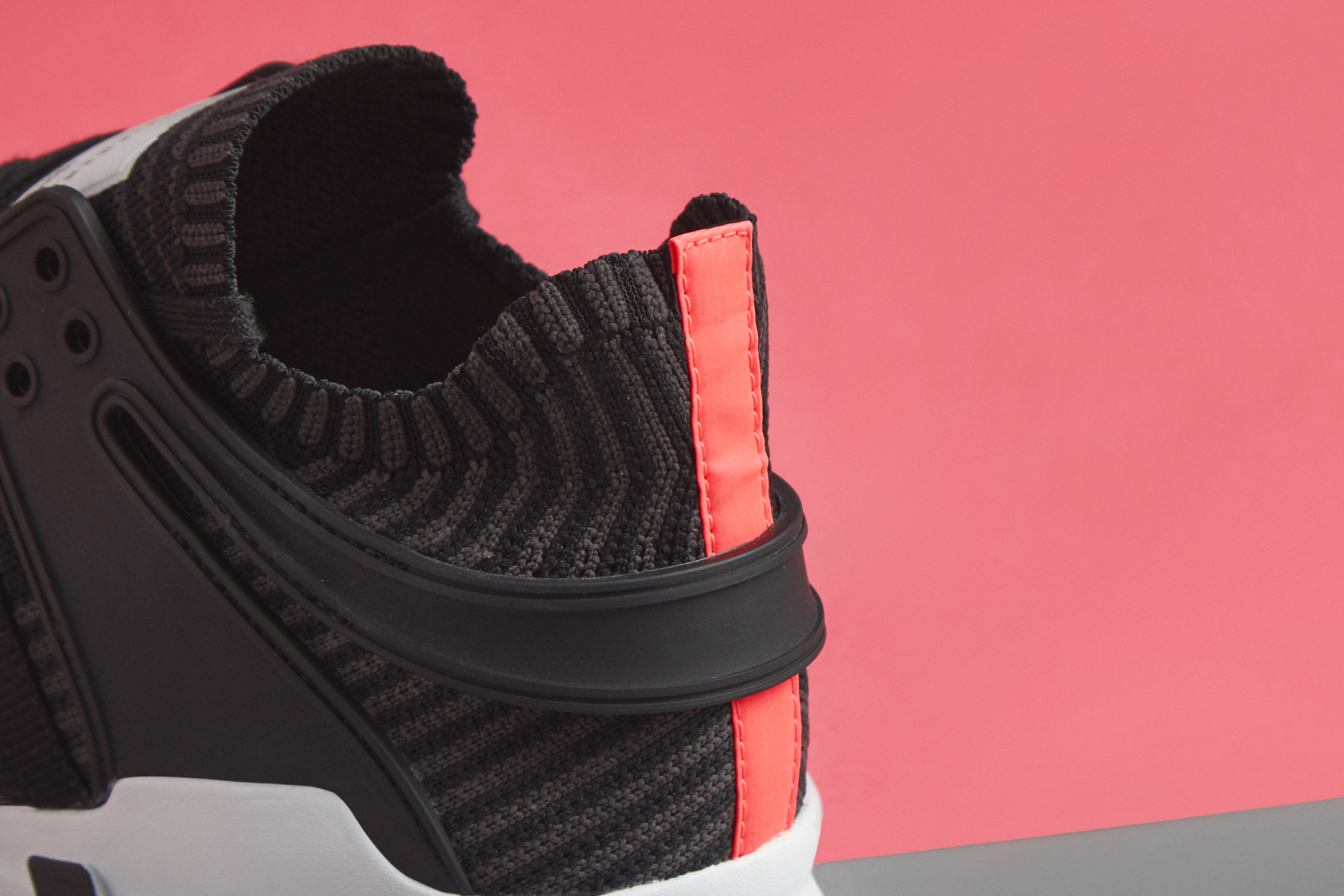 Finishing the trio, the EQT 93/17 is a brand new silhouette that boldy introduces the new era of EQT. Featuring the signature plastic cage support found on original EQT styles, it features a brand new formed Boost midsole unit that continues the side-strap detailing onto the sole. Noticeably present on all three is the new 'Turbo Red' hue, an updated version of the 'Sub Green' we're used to seeing  on OG models, in a way serving as a new OG rendition for the modern generation. 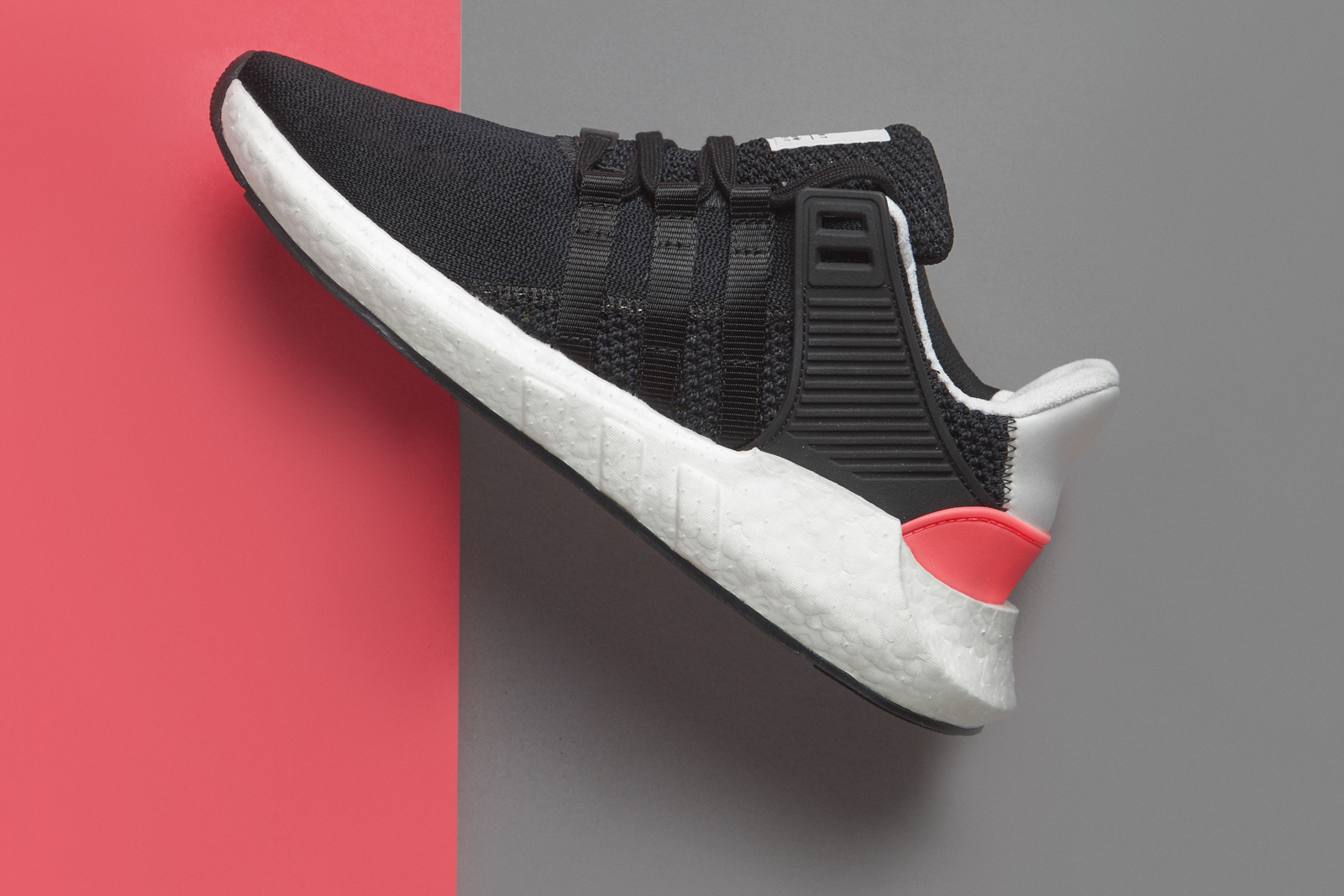 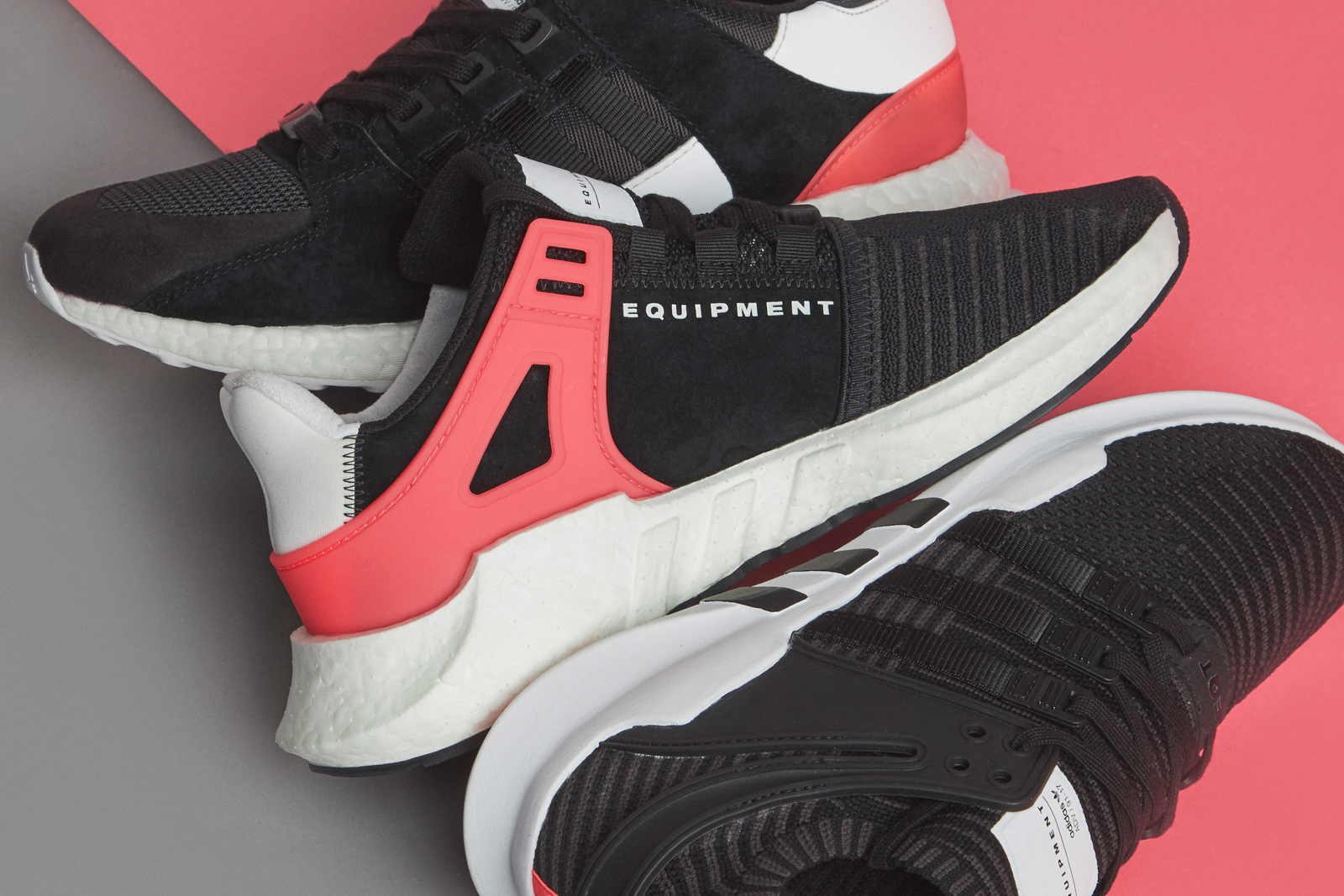 Also releasing this week are a great pairing of monochrome EQT Support Boost. Dressed in full primeknit, the fibre used is a lot more textural than your standard issue Primeknit, giving a slightly woollen effect. This new rendition further bridges the gap between performance and lifestyle, combining the premium upper with a reactive Boost midsole for everyday comfort. The whole adidas Originals EQT Support collection will be available online and in size? stores on Thursday 26th January at 00:01am, make sure to keep an eye on our social channels this week for more information on pricing. 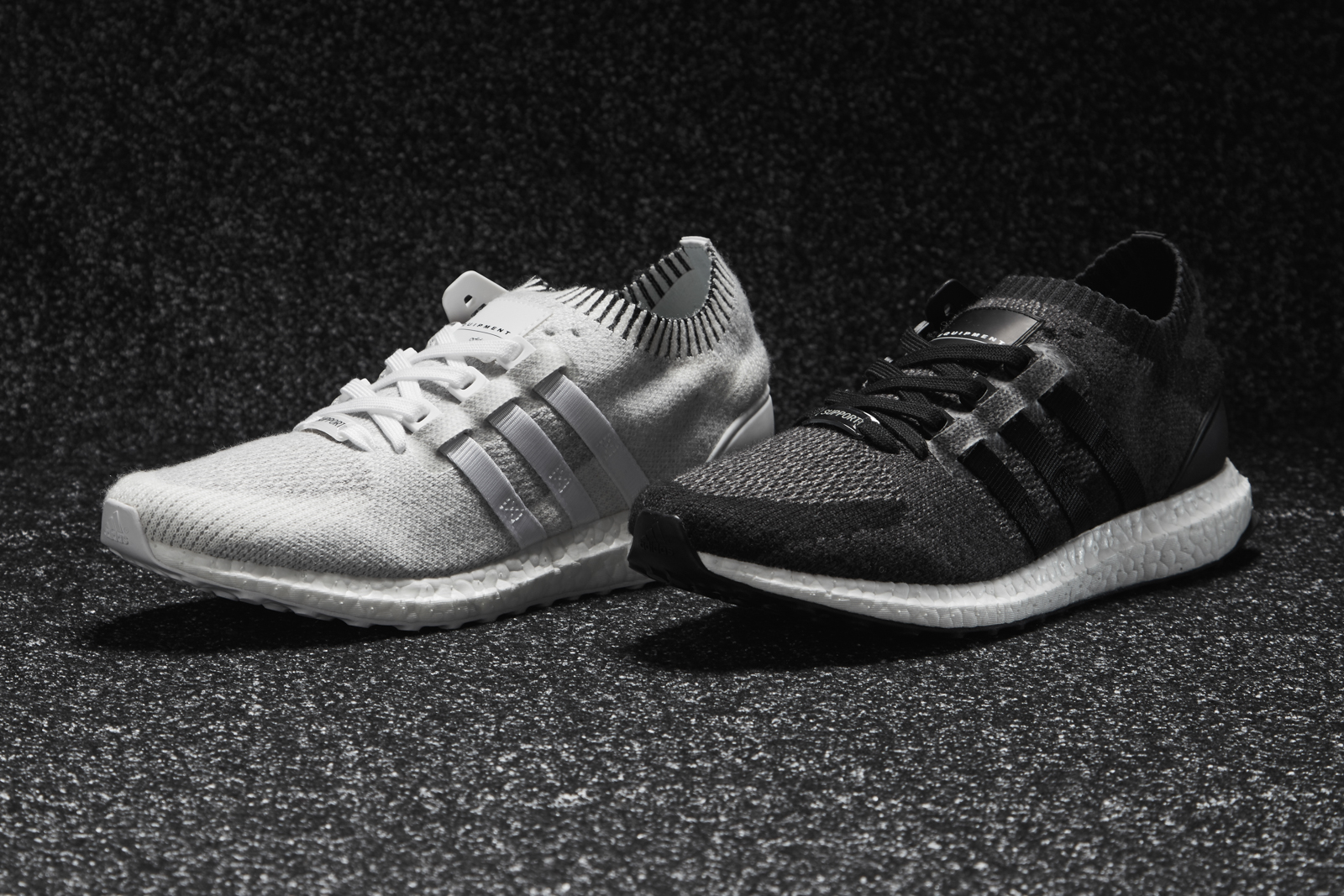 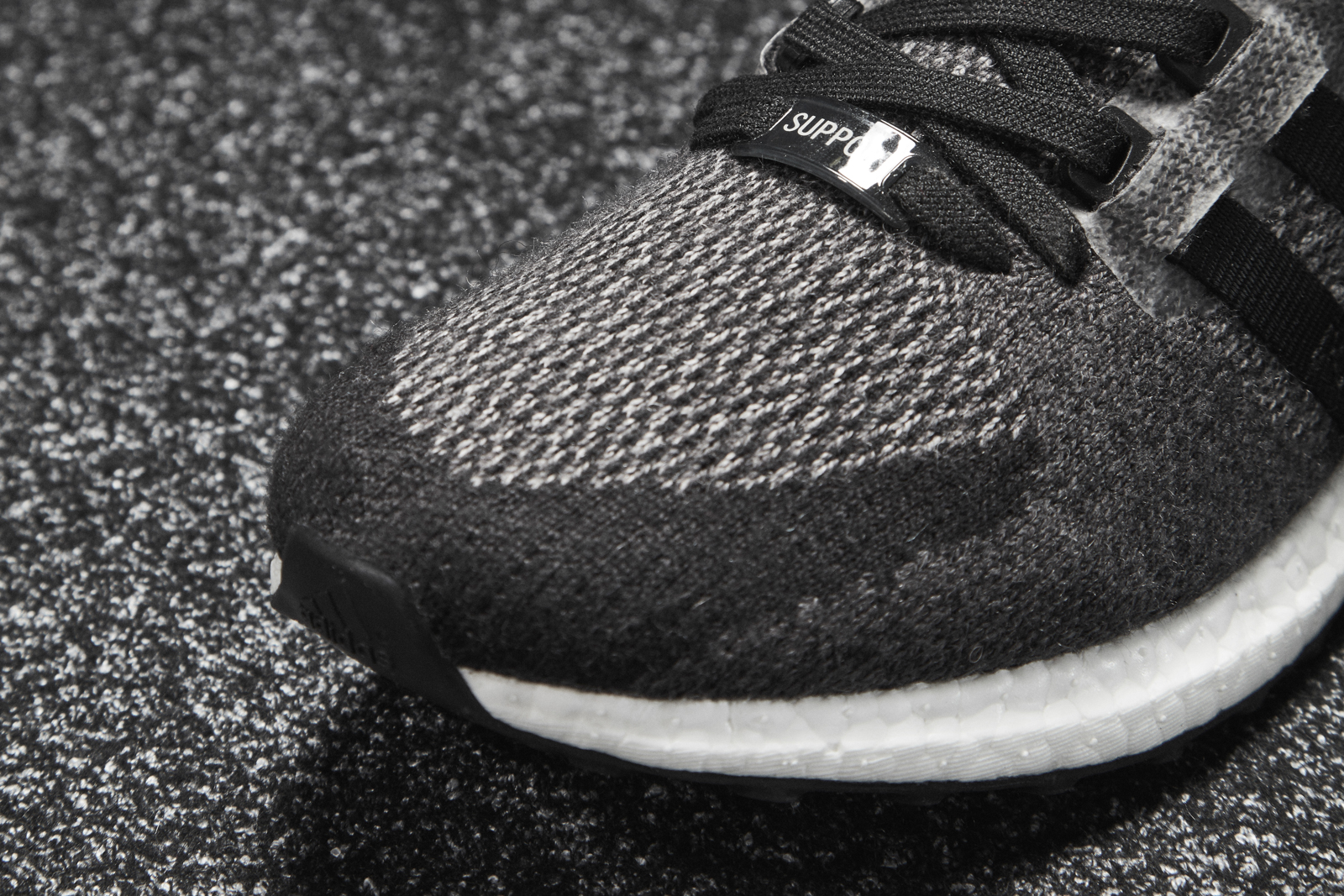 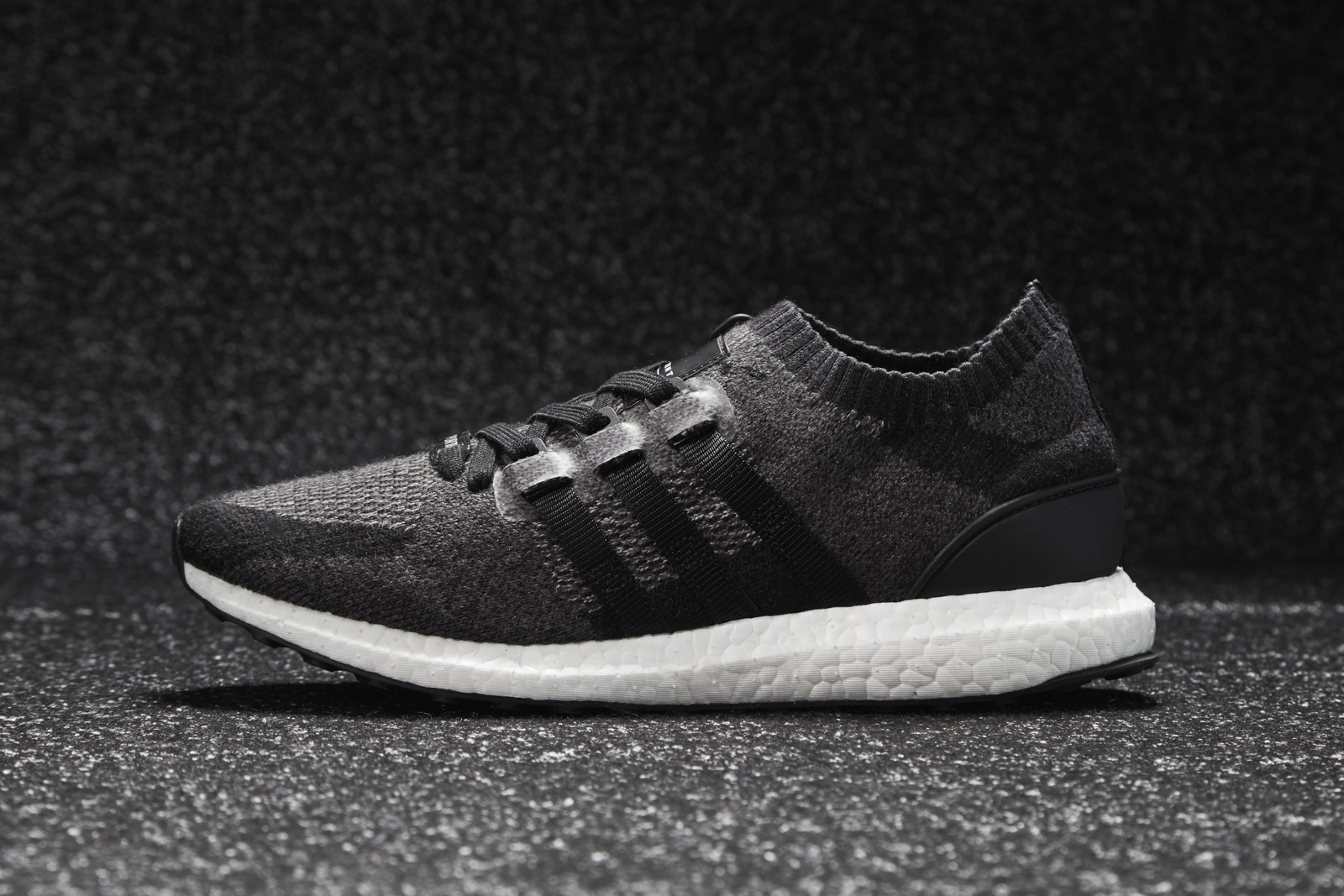 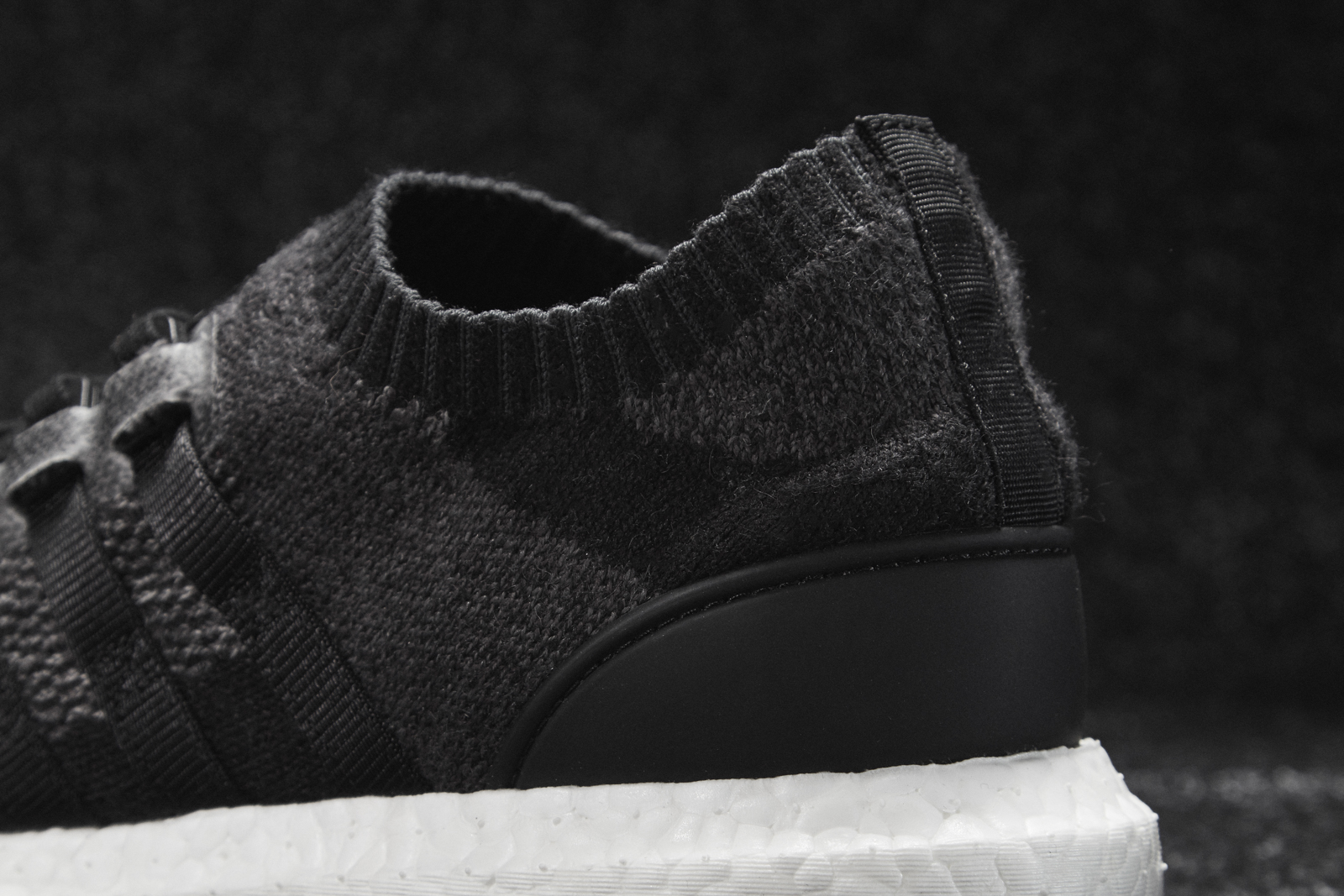 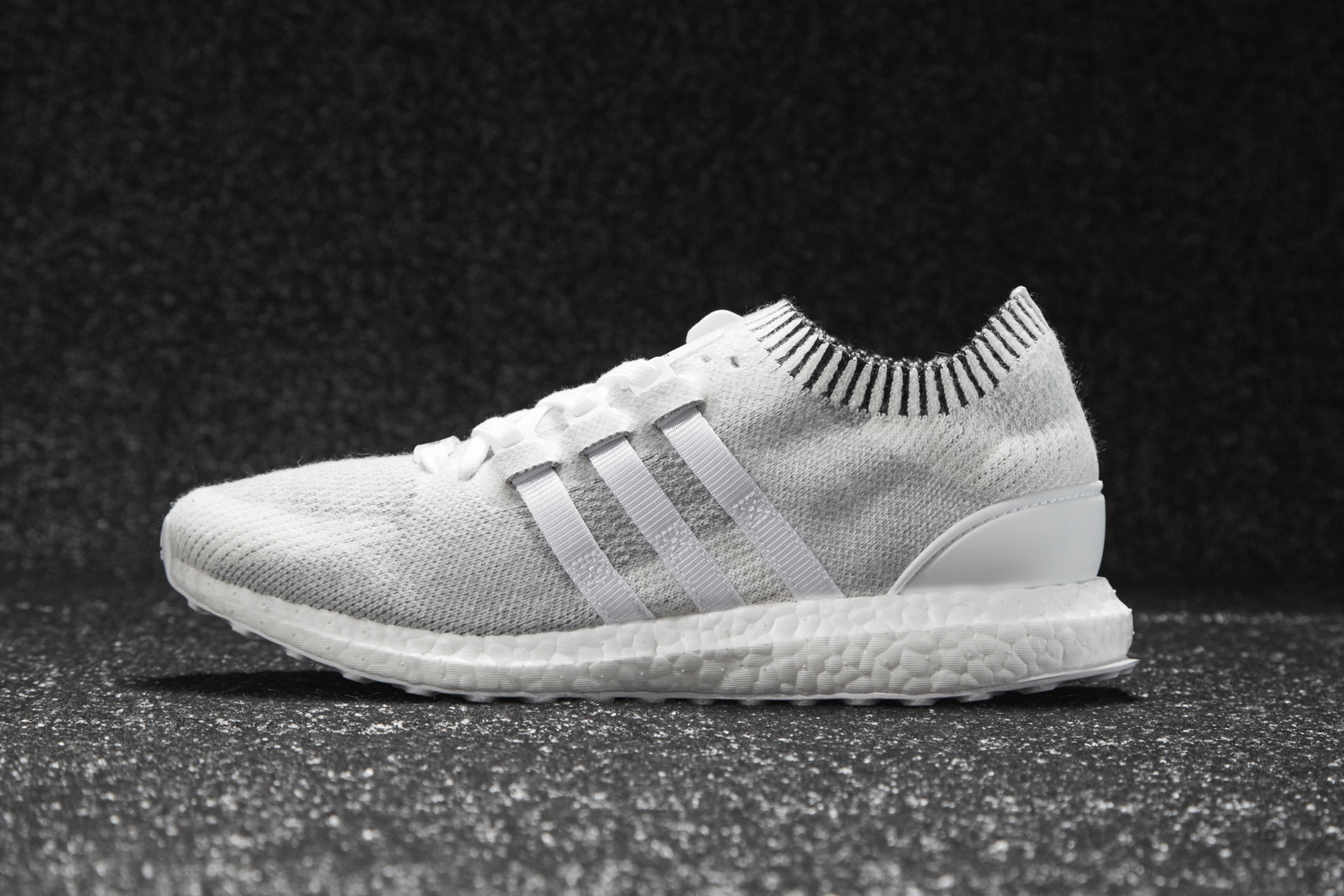 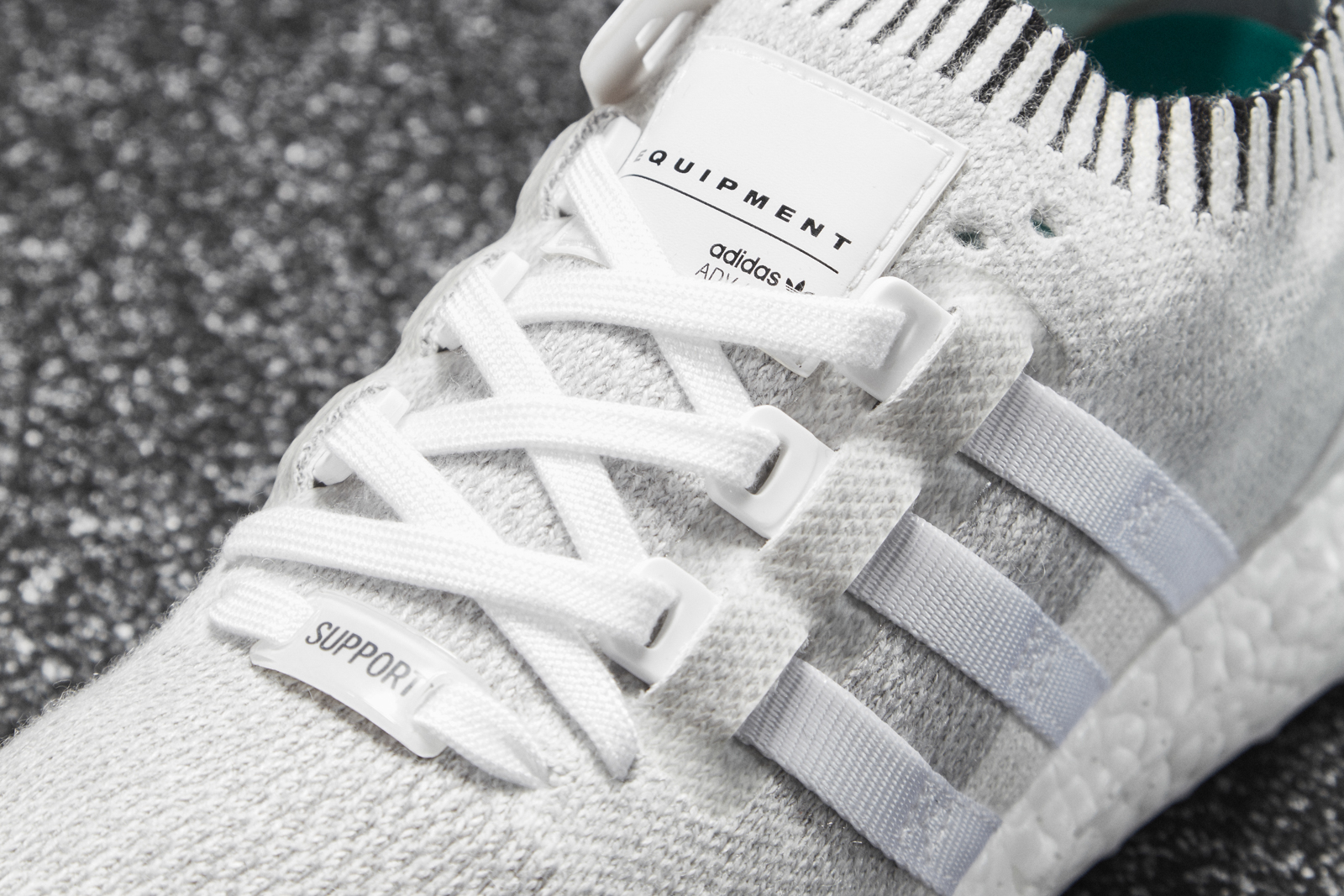 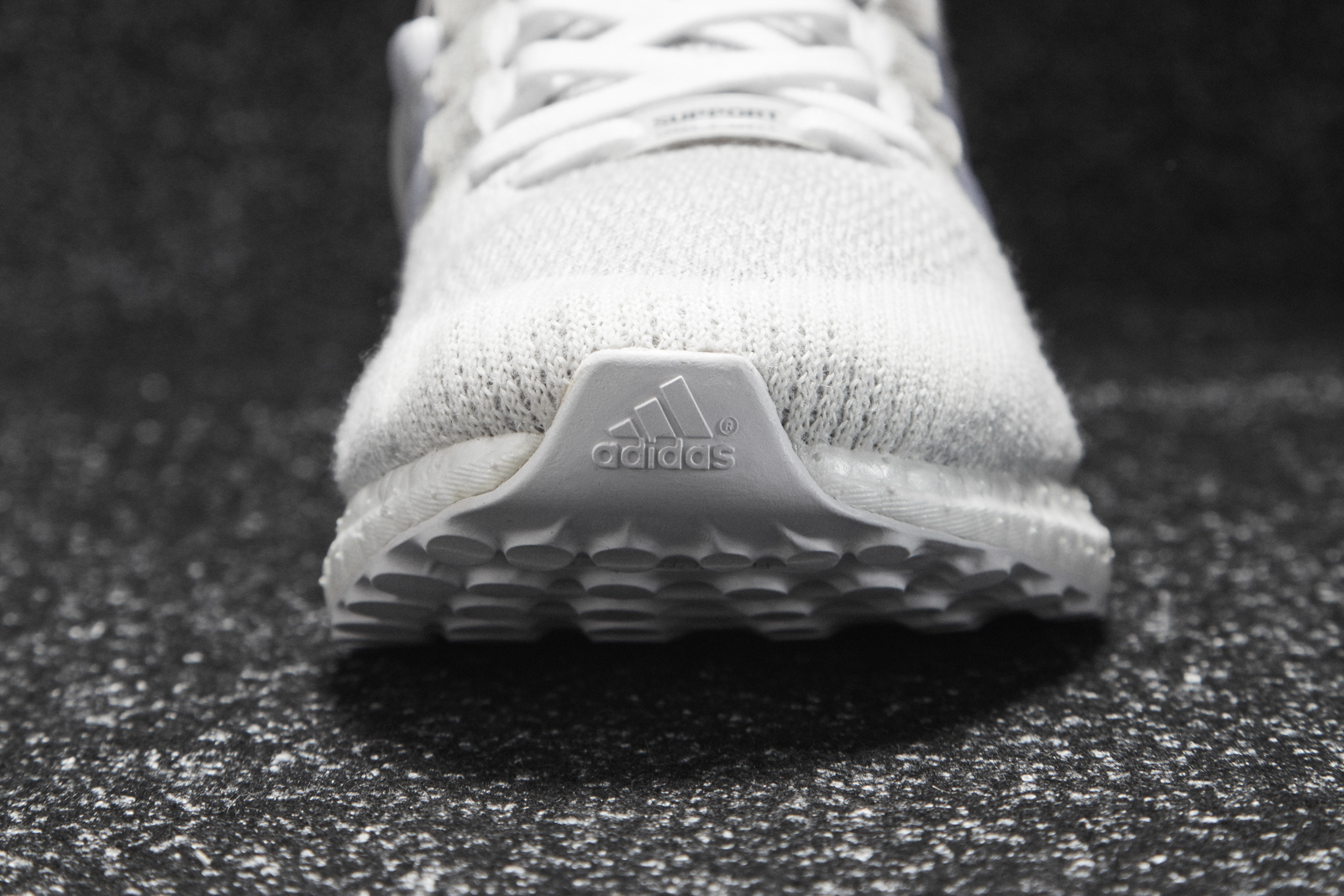