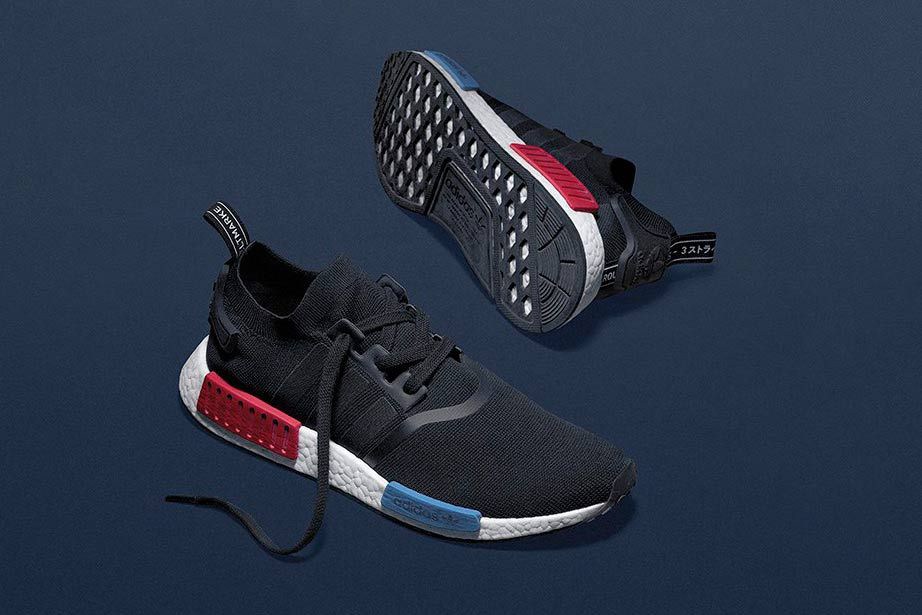 Returning in it’s original form once again to introduce the year, the adidas Originals NMD OG is back in it’s black, red and blue make-up. Of all the newest iterations of the archetype, this first version is still one of the most sought after.

Dressed top to bottom in the innovative woven fabric Primeknit, design details plotted throughout the shoe bring together the worlds of heritage and future. While Primeknit sits at the newer end of the timeline, the protruding plugs that pierce through the midsole were originally used on the Micropacer, Rising Star and Boston Super as a technical method of altering midsole density during the mid 80’s. The red and blue tones were also used on the midsoles of all the aforementioned, hence why they’ve found a new home on this recent outing.

Boost cushioning technology wraps around each of these plugs and spans the length of the midsole unit, enhancing comfort for a wearer who’s on the move throughout the day. Both of these technologies combined results in an insanely light shoe that works with your foot seamlessly.

The adidas Originals NMD_R1 PK OG will be available online and in all size? stores on Saturday 14th January, priced at £130. 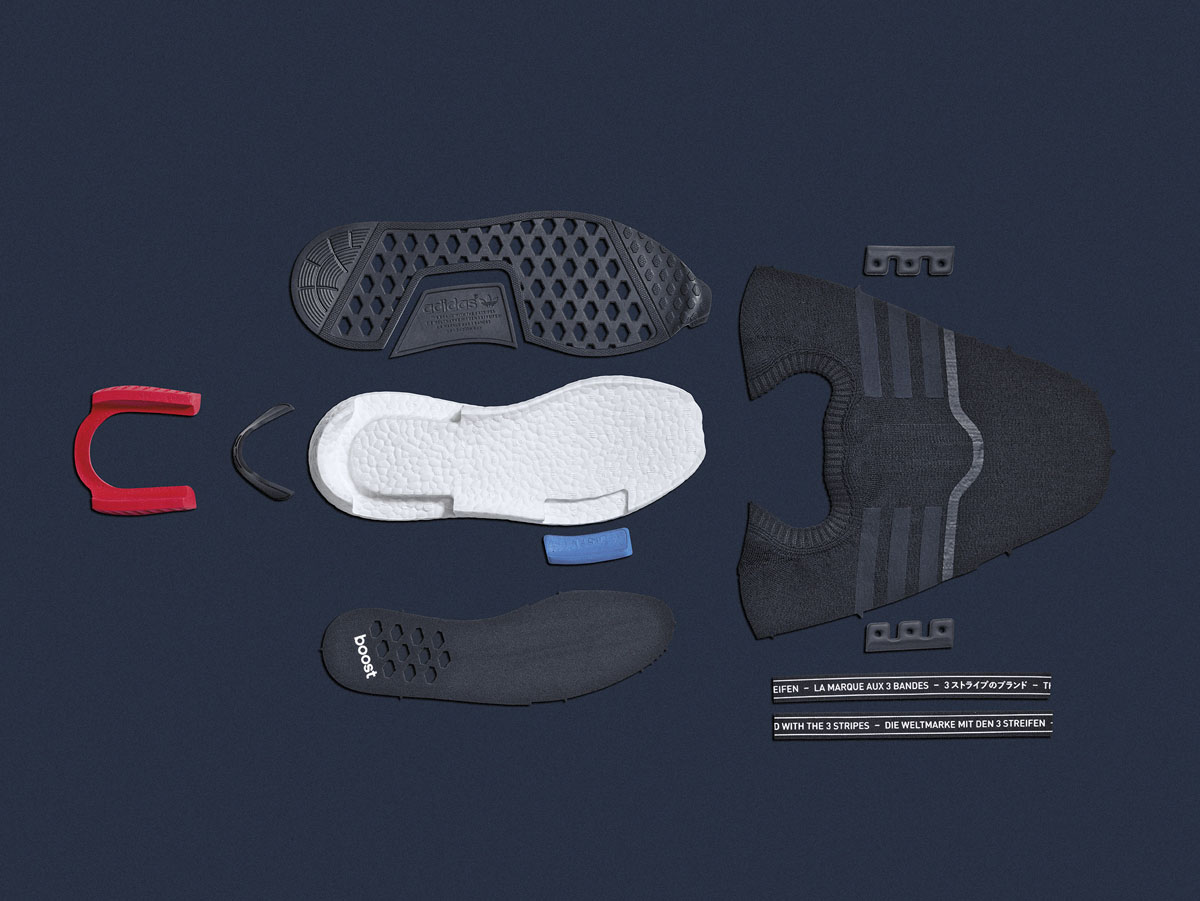 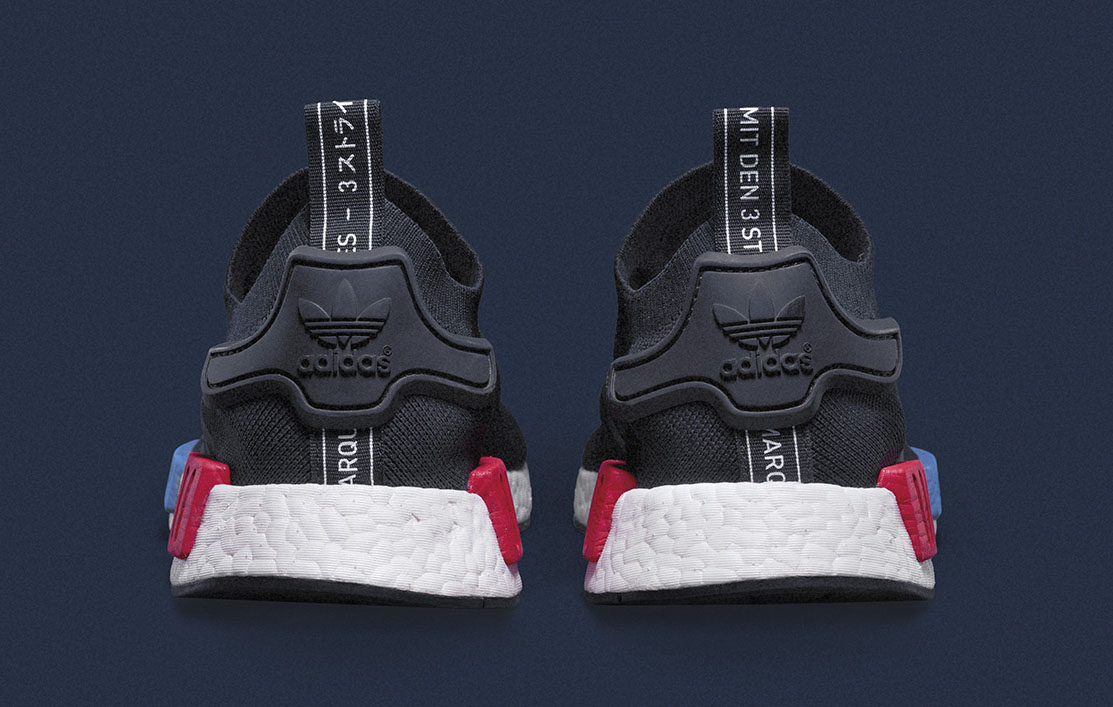