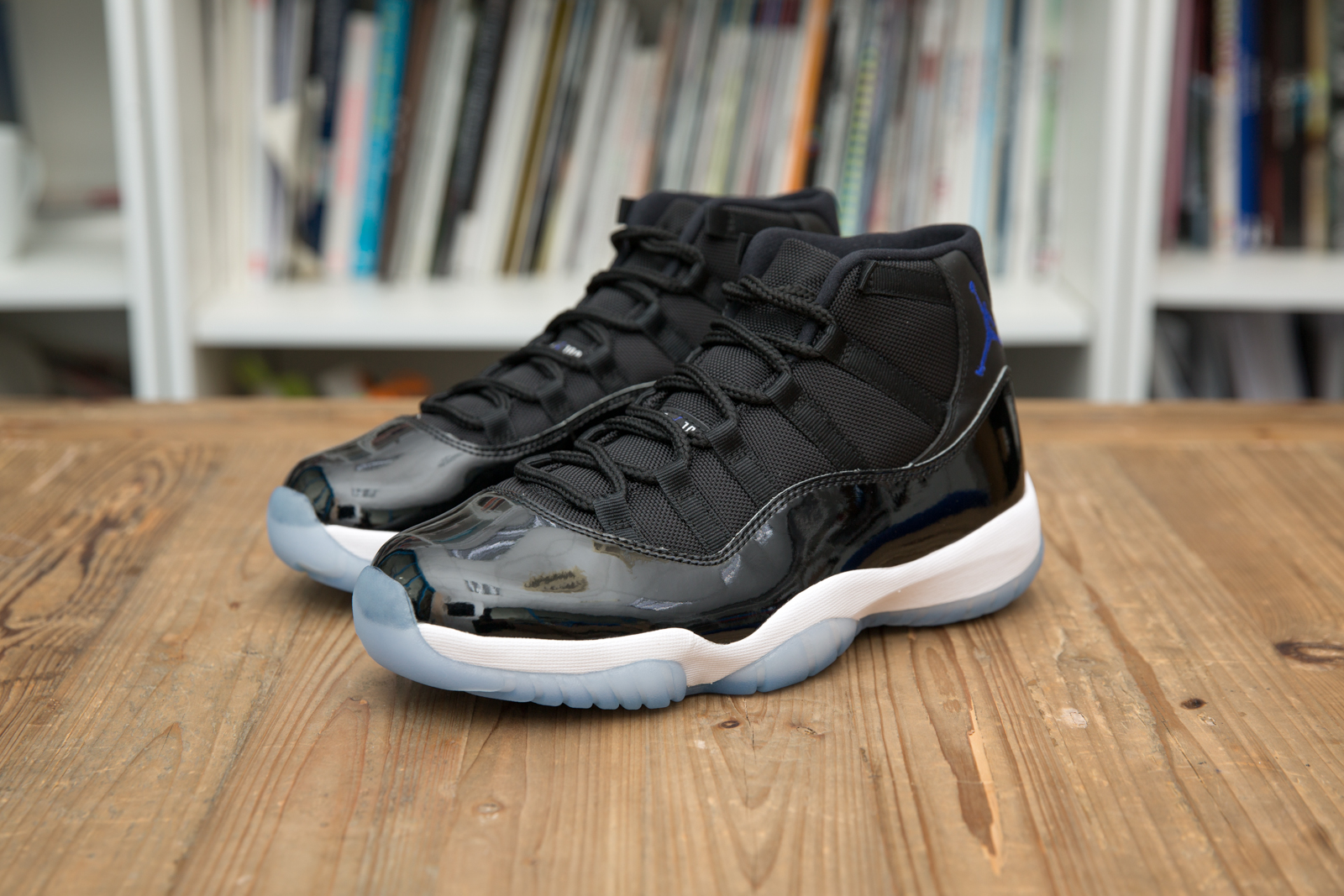 As seasoned collectors will be more than accustomed to by now, it's the time of year when we look forward to the latest holiday release of the Air Jordan XI. It's become somewhat of a tradition to drop either a brand new or retro colourway of the signature model around the holiday period, and this year is no different. Celebrating the 20th Anniversary of the highest grossing basketball film of all time, Jordan have delved into the archive and pulled out the "Space Jam'. Last seen on shelves (not for very long!) in 2009, this is the first time the shoe has ever been retro'd with the number 45 on the rear, a number with several  sentimental meanings to the athlete. 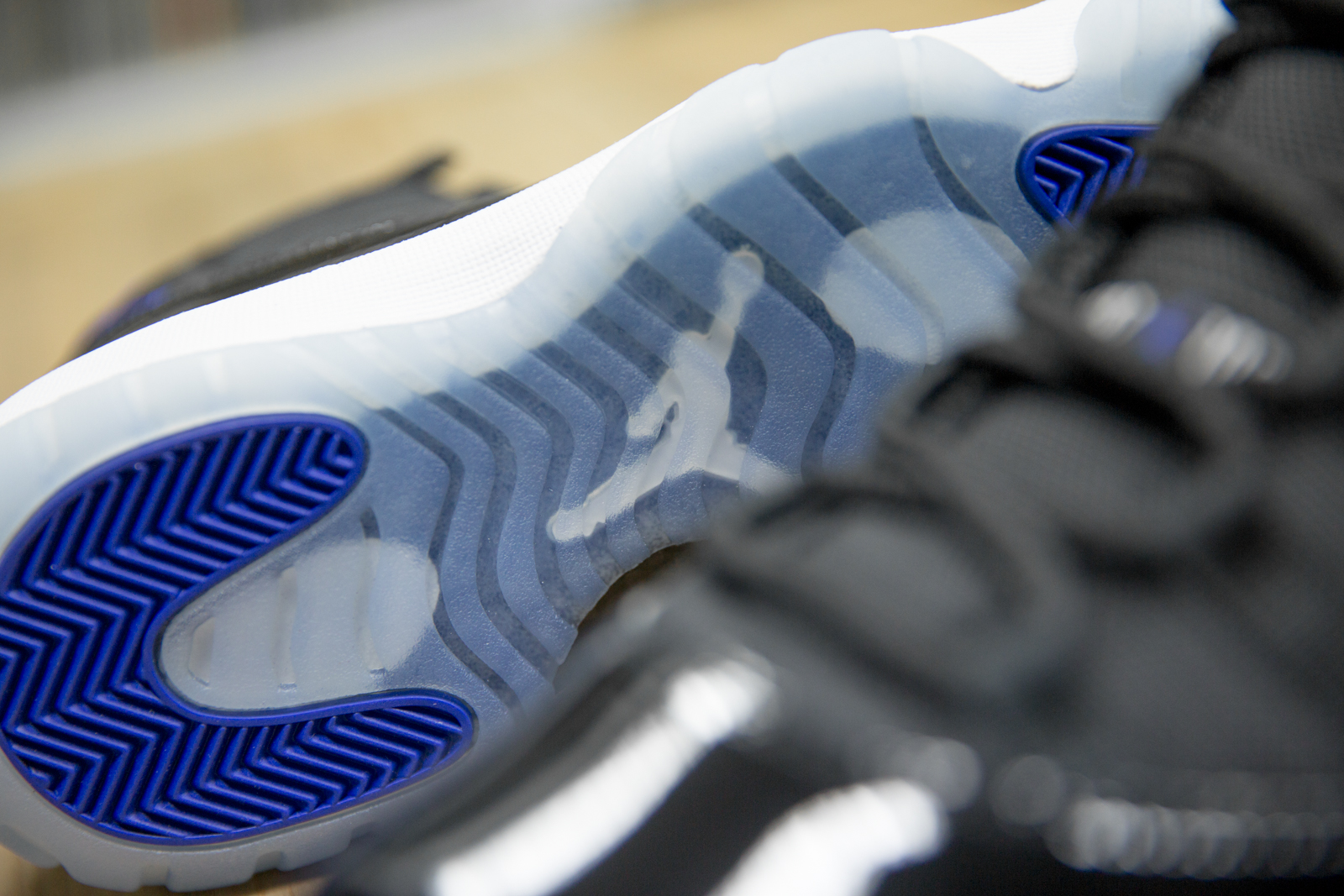 45 was the number Jordan originally wore on his jersey while playing ball throughout high school, and continued until he started playing with his older brother in the Varsity league, who also wore the same number. Mike halved, rounded up, and ended up with 23 which stuck with him into his professional career, right up until his temporary retirement in 1993. His short lived baseball career also saw him don 45 onceagain, and this carried over upon his return to the NBA in 1995 due to his 23 jersey being retired. 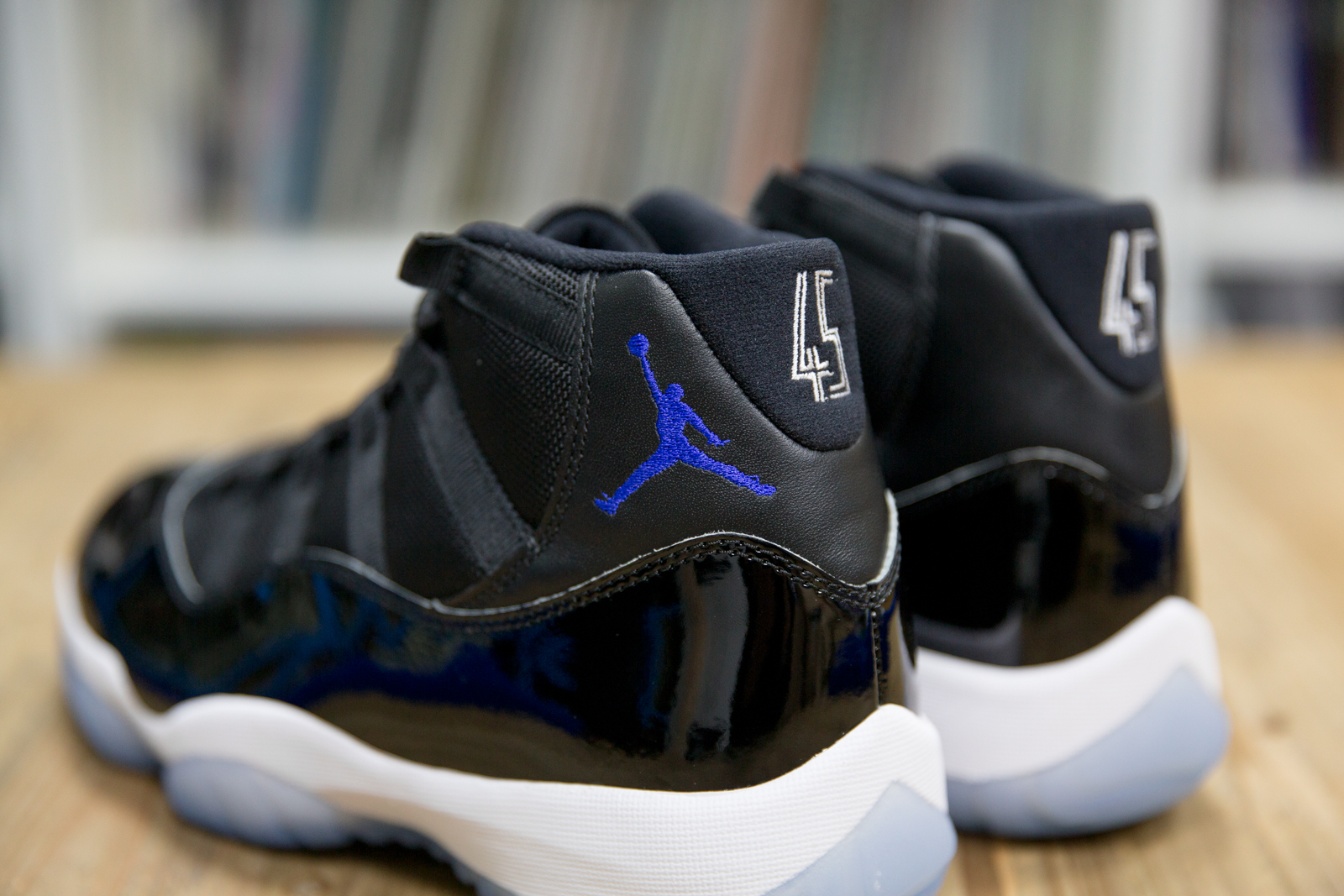 Jordan's relationship with Bugs Bunny began in 1992 with the Wieden & Kennedy directed campaign for his seventh signature shoe, featuring Mike and Bugs teaming up against a group of hardwood bullys. Bugs returned the next year for another ad spot that also featured Warner Brothers character Marvin the Martian, modelling the new Air Jordan VIII. 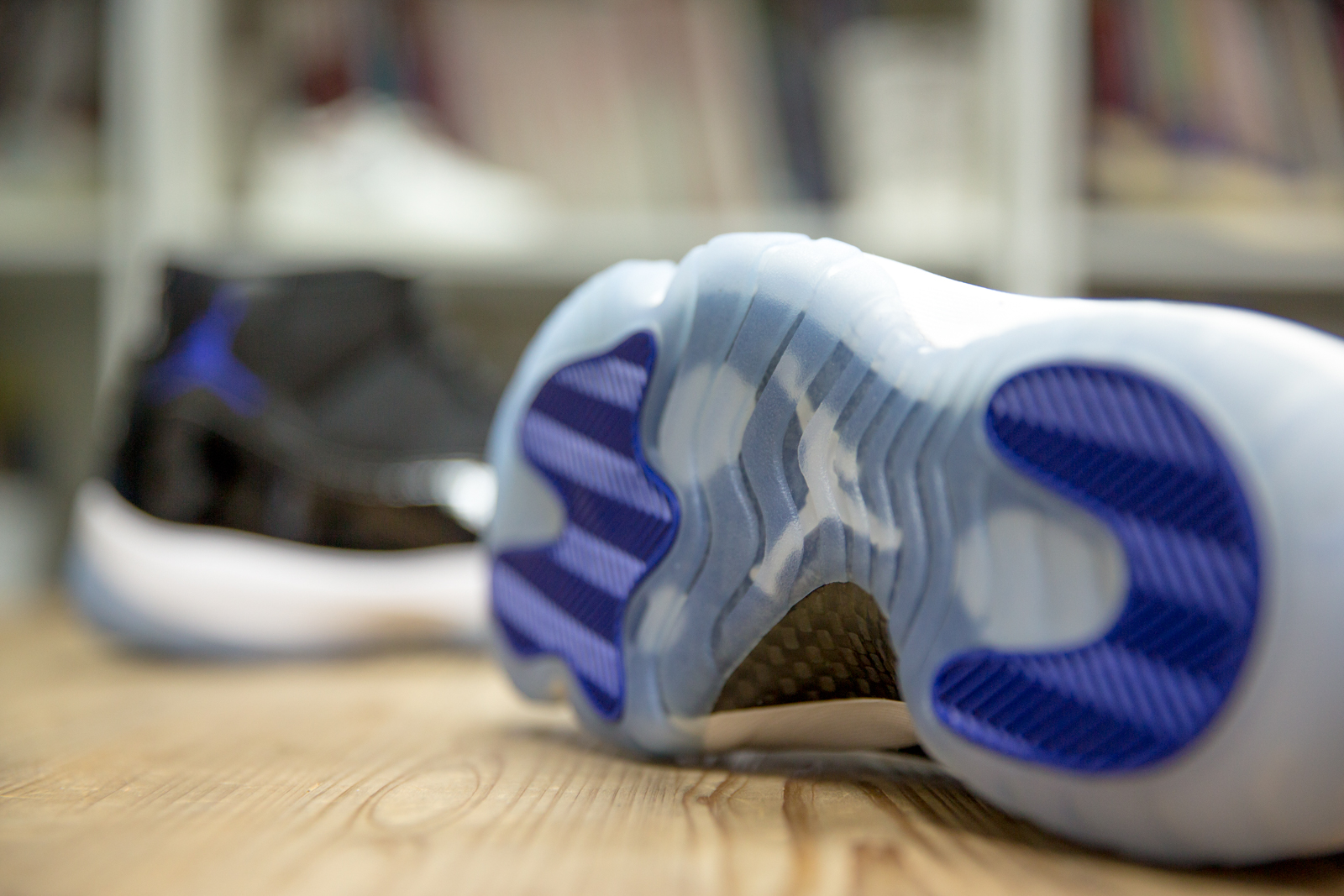 Fast forward to 1996 and the pairing found themselves working together once again, this time alongside other famed WB franchise characters as well as Bill Murray, Wayne Knight and Danny DeVito. The film plot chronicled Michael's eventful life and featured his retirement from the NBA and subsequent move into baseball. Bugs and the Looney Tunes find themselves captured by aliens and used as entertainment, and in order to defend themselves they challenge the Nerdlucks to a game of basketball, without realising they plan on stealing the talents of Patrick Ewing, Charles Barkley and many others to cheat their way through the game. In the future-deciding finale, Michael dons the black and blue XI's to take the team to victory via a triumphant final shot. 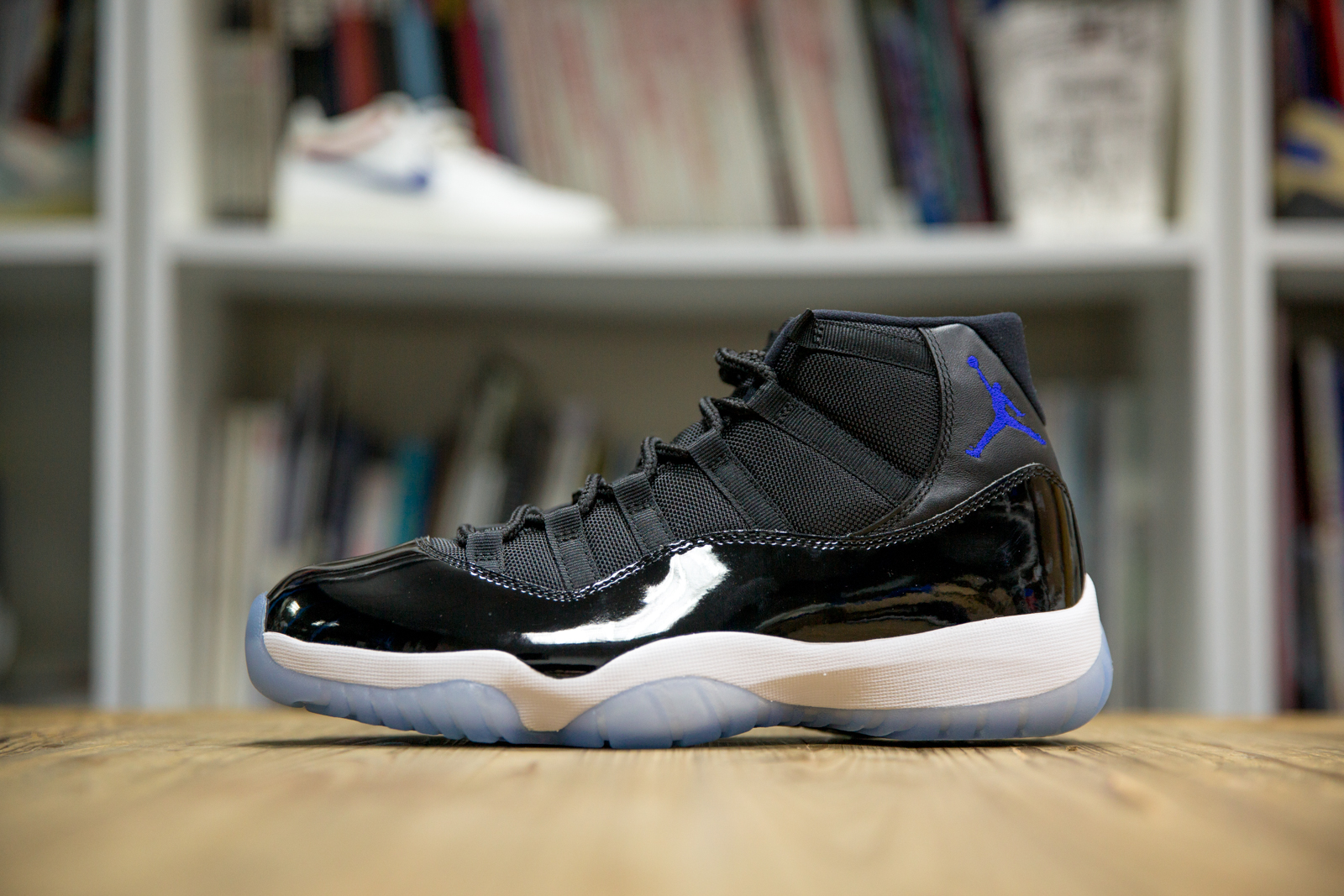 The 2016 rendition of the XI is a solid anniversary release from Jordan to honour the legacy of 'His Airness'. Featuring a clear, icey outsole, signature black patent leather wrap and blue jumpman on the heel, the only major change is the addition of the '45' on the rear. A special edition box honouring the Looney Tunes impact on the original shoe is realised in a graphic '23' made from cartoon elements from both the Looney Tunes and Monstars. The Air Jordan XI 'Space Jam' will be available online and in selected size? stores on Saturday 10th December, priced at £165. 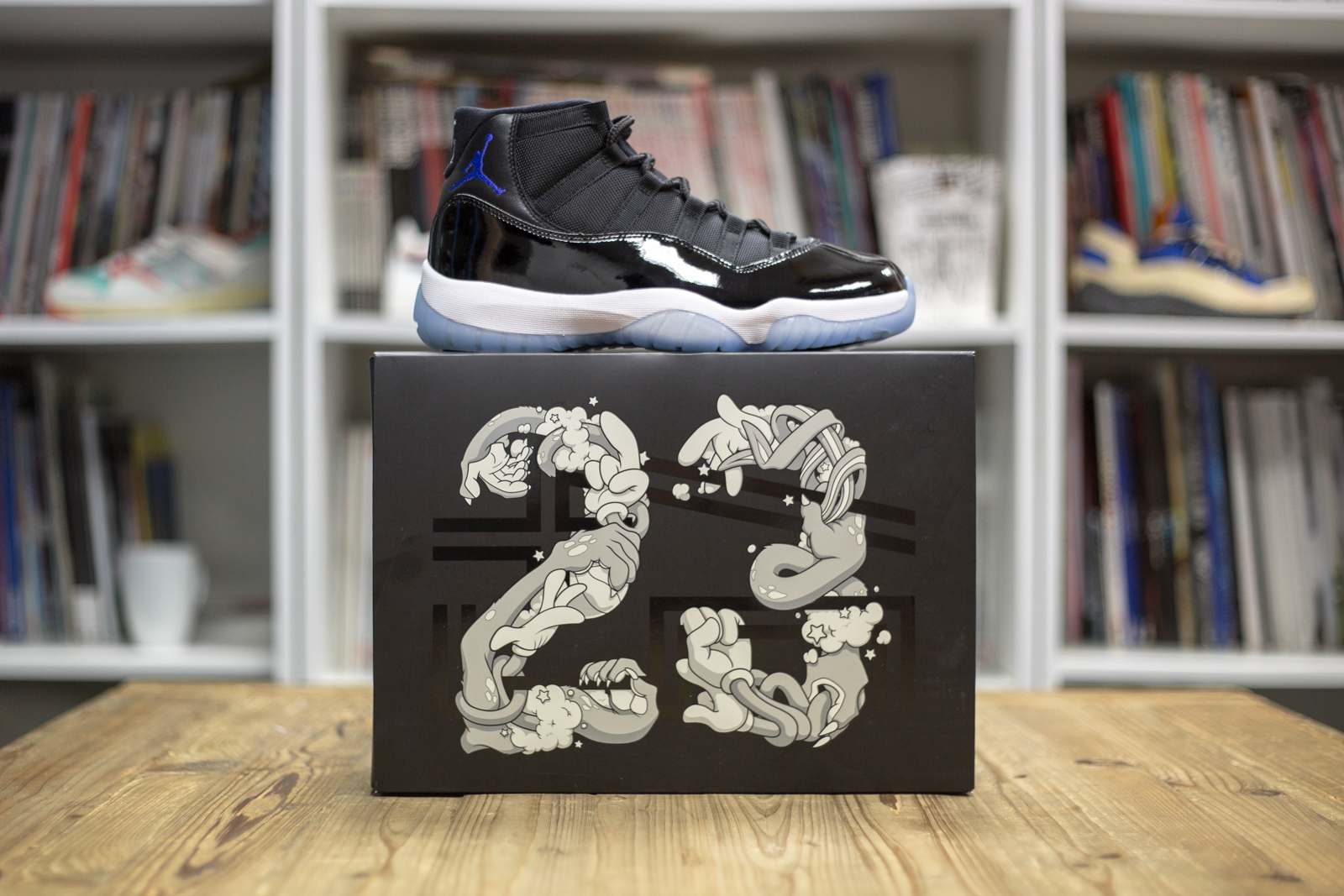 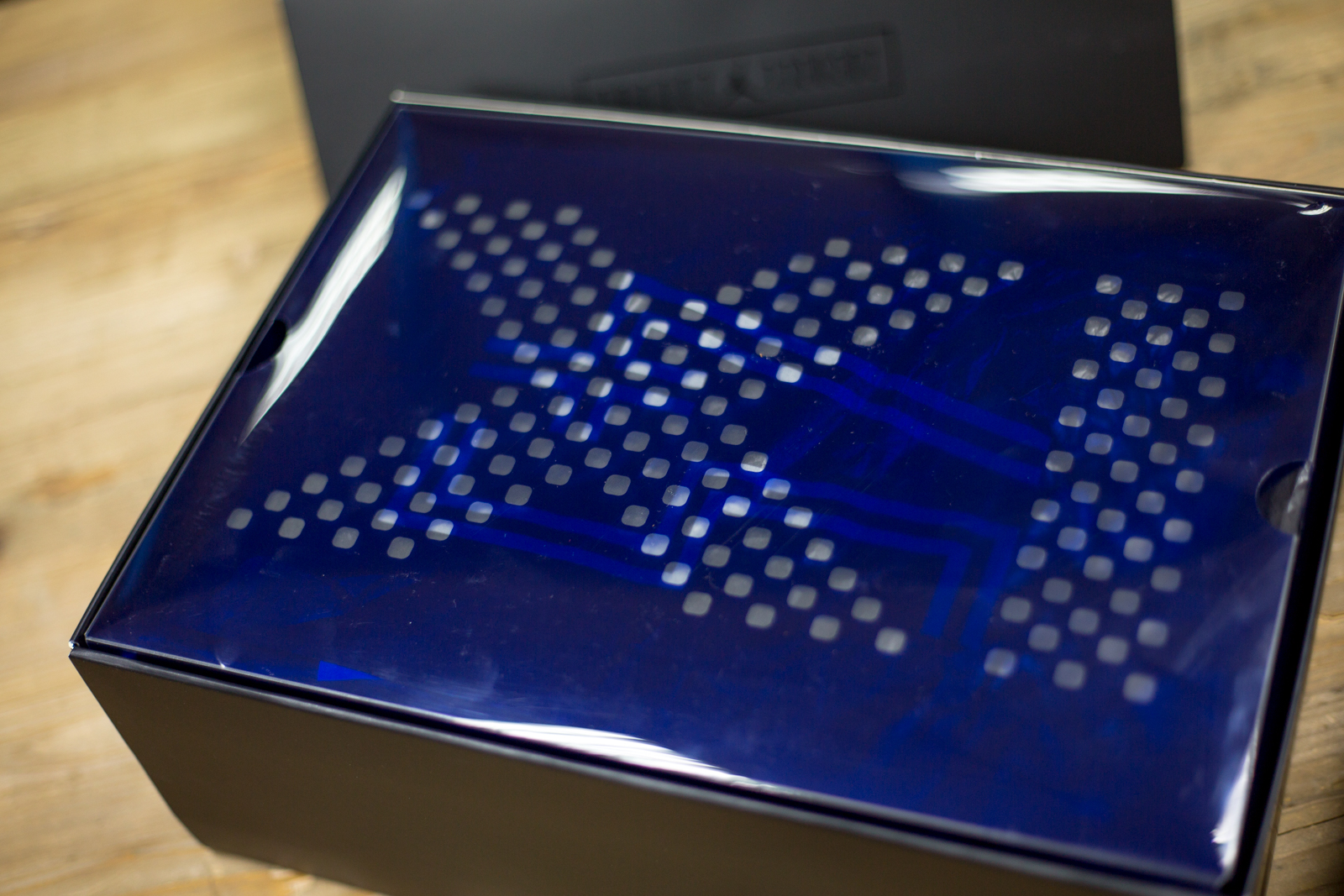