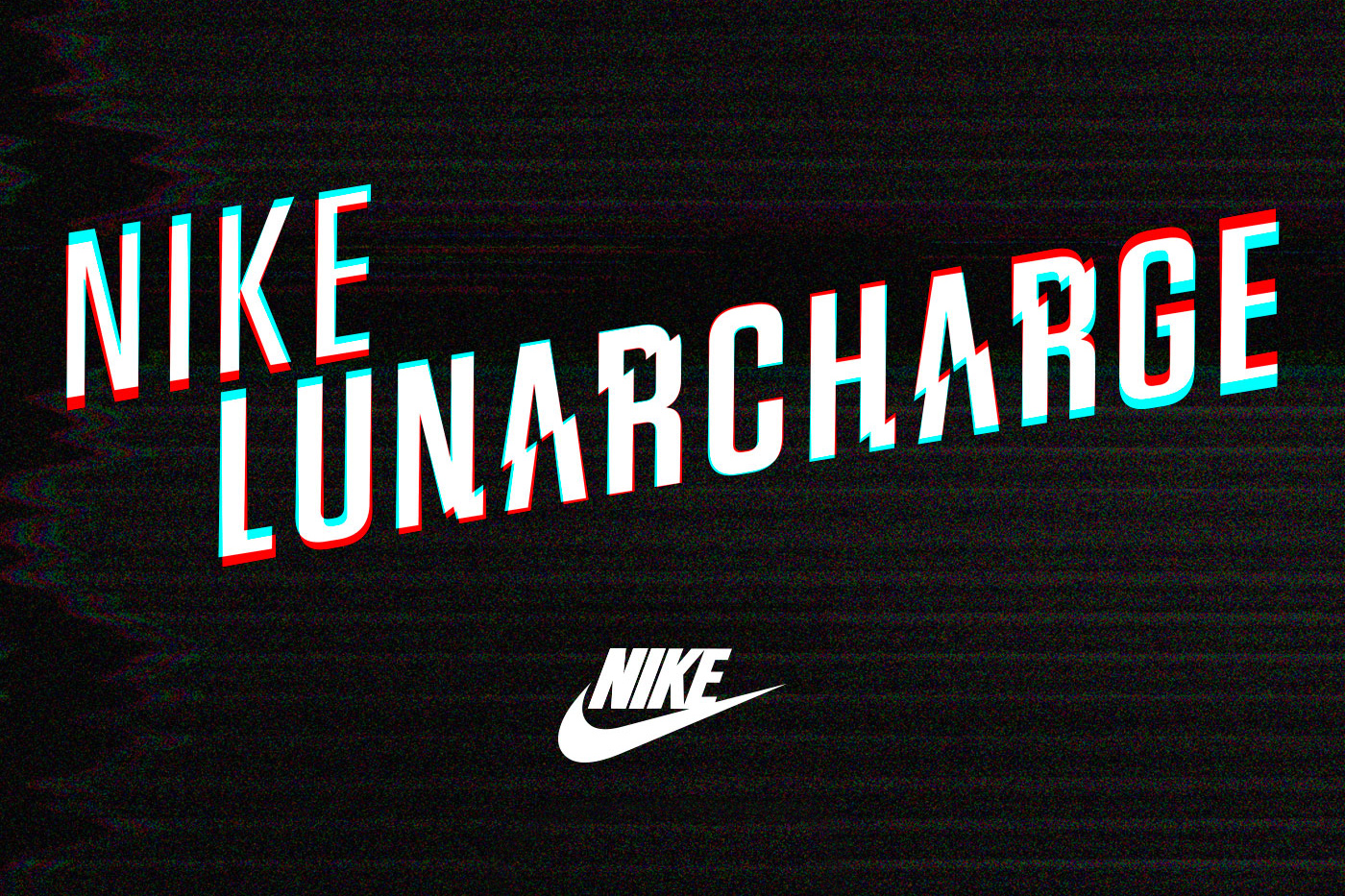 It must be pretty incredible to be a brand with such an extensive back catalogue of revolutionary products that have helped changed the face of sports footwear for decades. Nike have just that, and it’s from their deep archive that they’ve pulled inspiration for this energy-fueled newest release, aptly named the Lunarcharge. 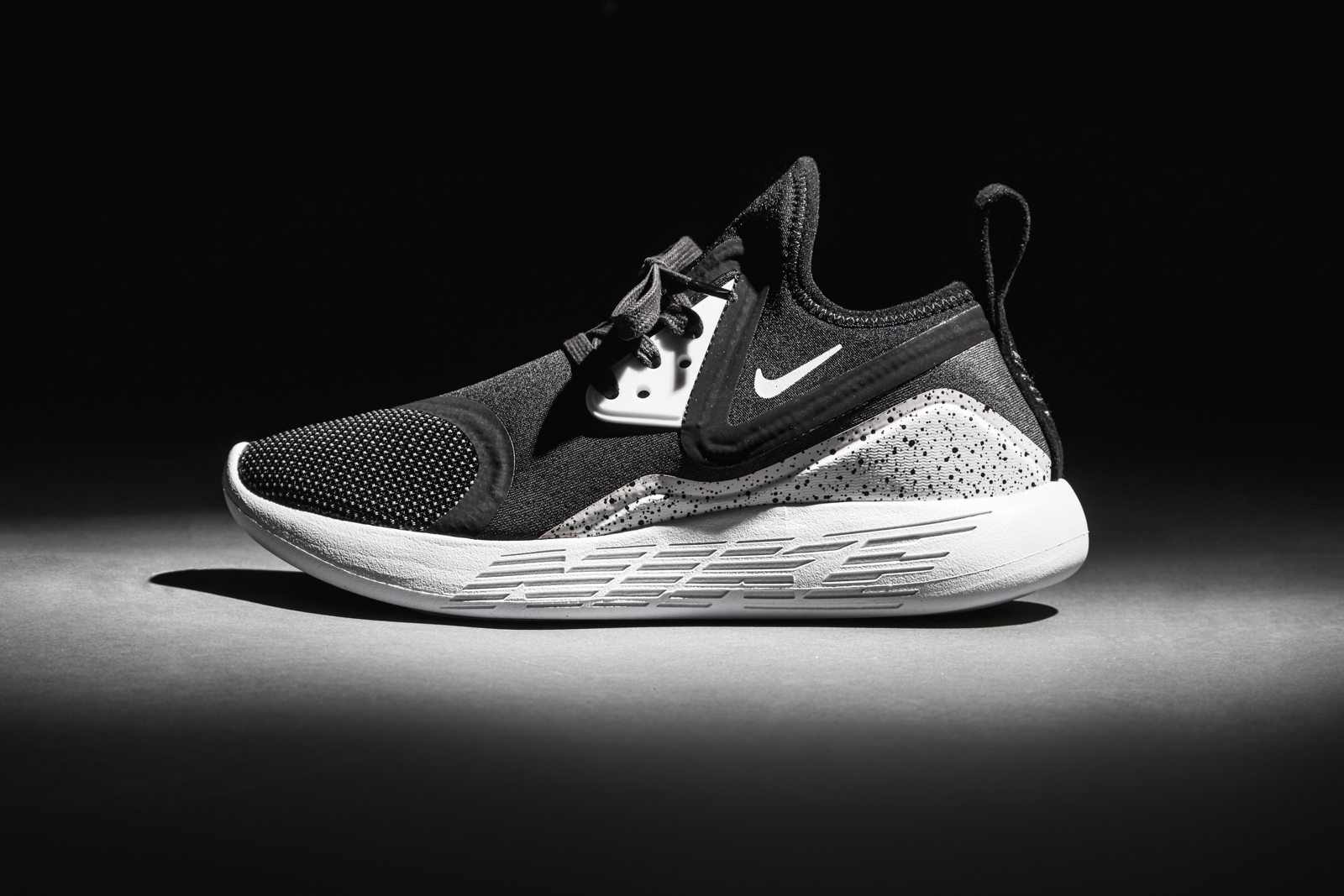 Pulling together characteristics from five Nike shoe’s from days gone by, this latest concept brings together the worlds of performance and lifestyle orientated, fashion-forward footwear. Here’s a brief run down of where each of the elements come from: Eyestays from the Air Max 90: First debuting on the Air Max Light in 1989, the plastic eyestay would find it’s more recognised home on the side of 1990’s vibrant third installation of the Air Max saga. Premiered in an eyewatering bright infra-red hue, the Air Max 90 found popularity across a variety of subcultures worldwide, particularly in the UK where it was adopted as THE rave shoe of the 90’s. Bootie Construction from the Air Presto: Change was brought about at the turn of the century, shoe’s needed to feel as though they were an extension of the human anatomy. Tobie Hatfield’s innovative form fitting caged design was dubbed a ‘T-Shirt for your Feet’ due to it’s unique sizing structure. The base of the upper was formed in a similar way to that of a sock, allowing your foot to slip in and out comfortably. Neoprene upper material from the Air Flow: Preceding Tinker Hatfield’s Air Huarache by three years, 1988’s Air Flow was one of the earlier examples of utilising neoprene on the upper of a running shoe. Stretched around the toebox area, the material allowed for a structure that let your toes move freely inside the shoe, while also maintaining an adequate amount of lock-down whilst running. Profile shape from the Air Current: A younger sibling of the aforementioned Air Flow, the Air Current also made use of neoprene to form it’s upper. Due to not having much in the way of structure in the ways that a leather pair of shoes might have, the whole profile of the shoe is very sleek and streamlined, with clean lines that lead down to the toe area. The perfect fit was secured by an elasticated band that wrapped around the dorsal area. Midsole from the Lunarepic: One of the more modern aspects which has been added to the Lunarcharge is the addition of the latest Lunarlon technology from this years Lunarepic. Utilising exactly the same innovative outsole pattern, the exterior of the sole has been altered for this release by means of laser engraving Nike’s block capital branding across the side in a way that depicts speed and motion. The Lunarlon system ensures one of the most comfortable rides going wether you’re using the Lunarcharge for an active workout or everyday leisure wear. The Nike Lunarcharge launches online and in all size? stores on Friday 9th December. 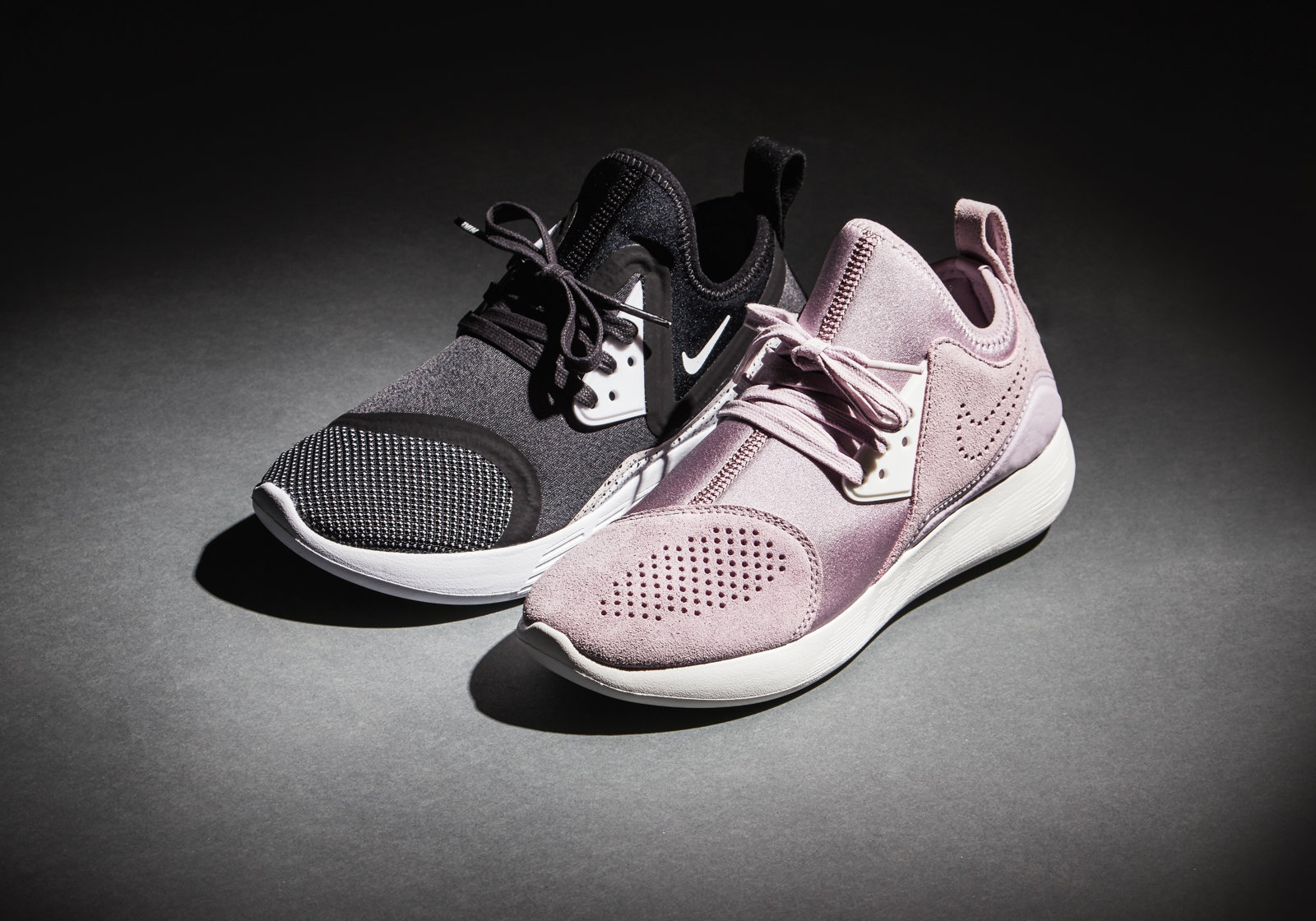 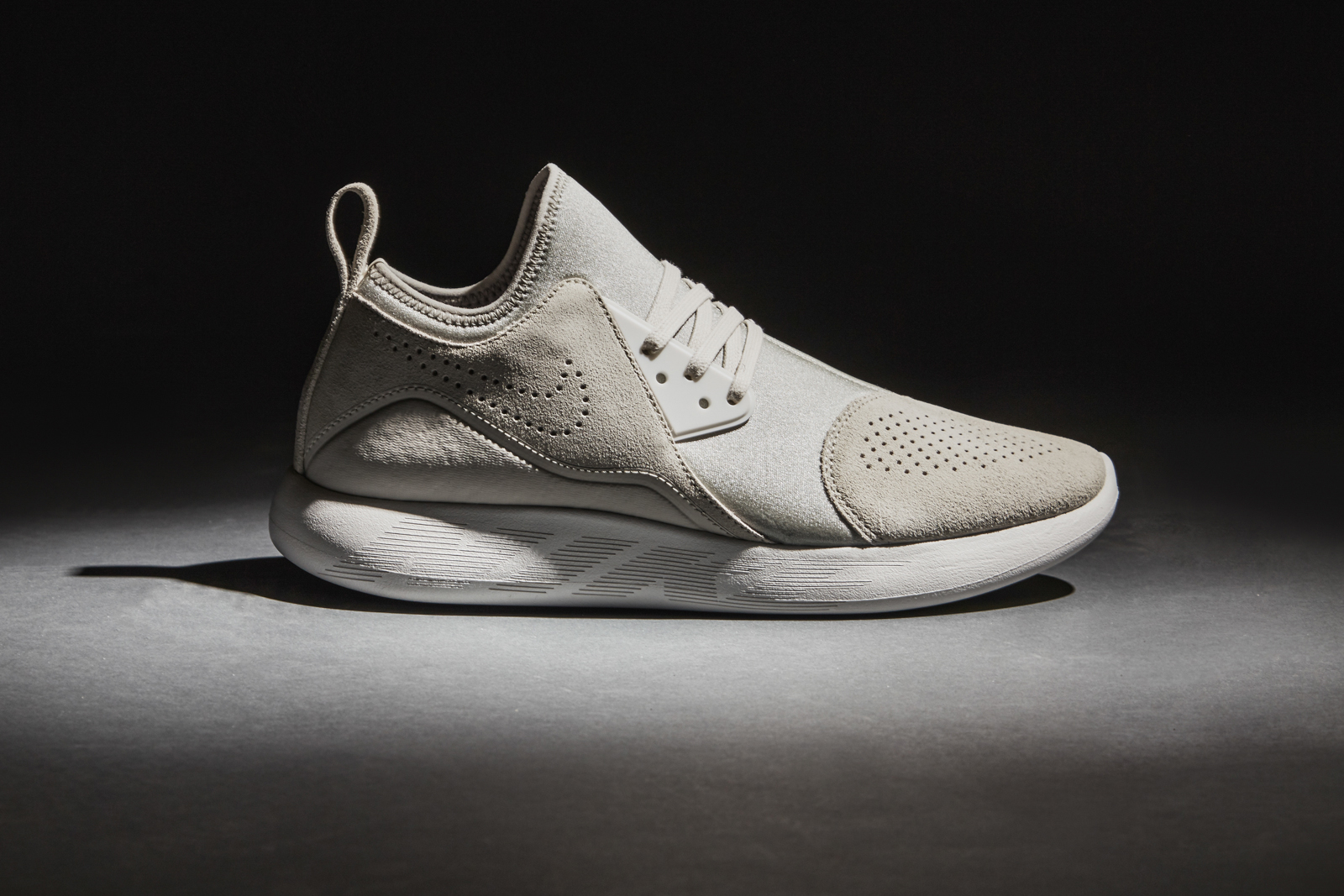 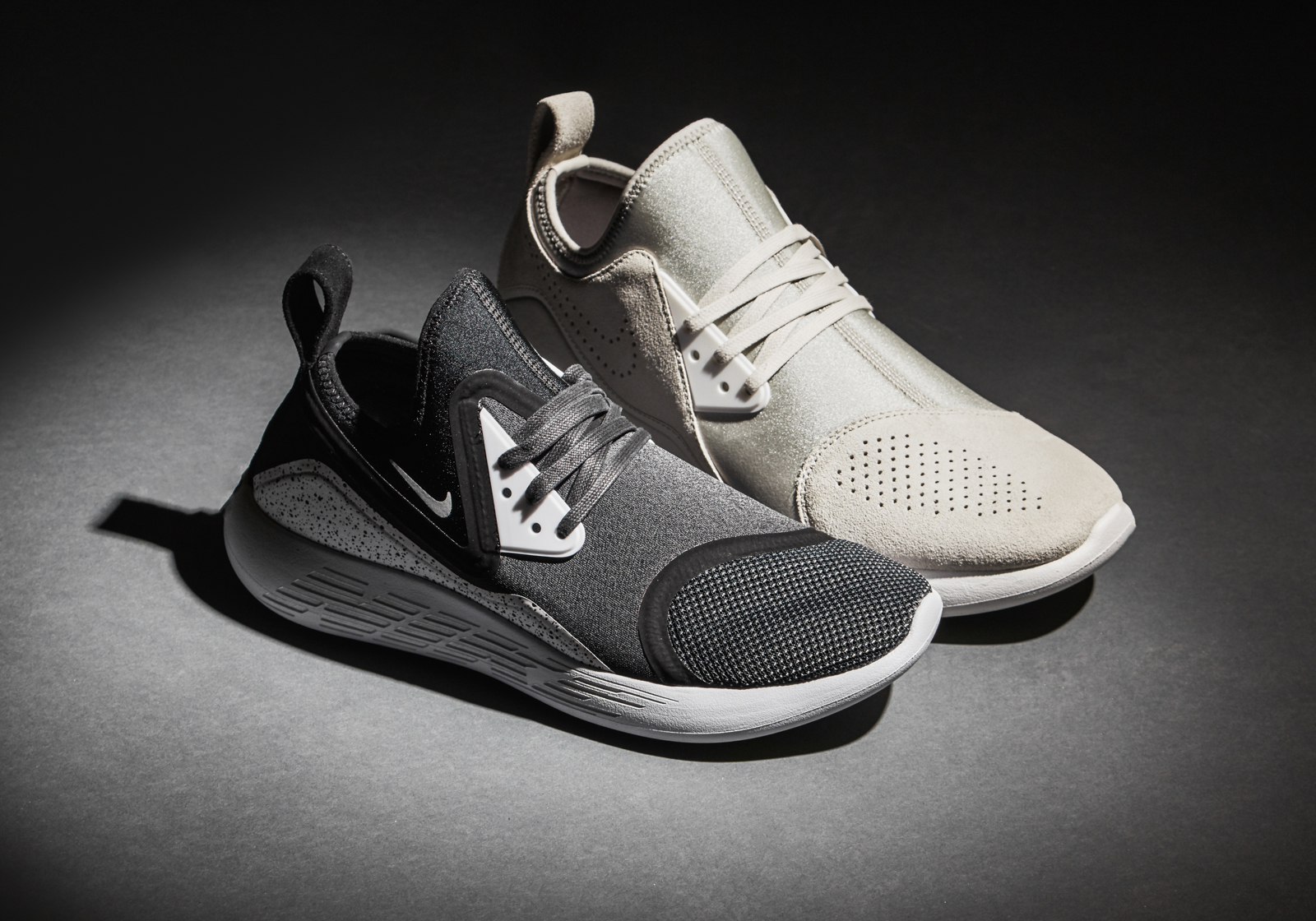 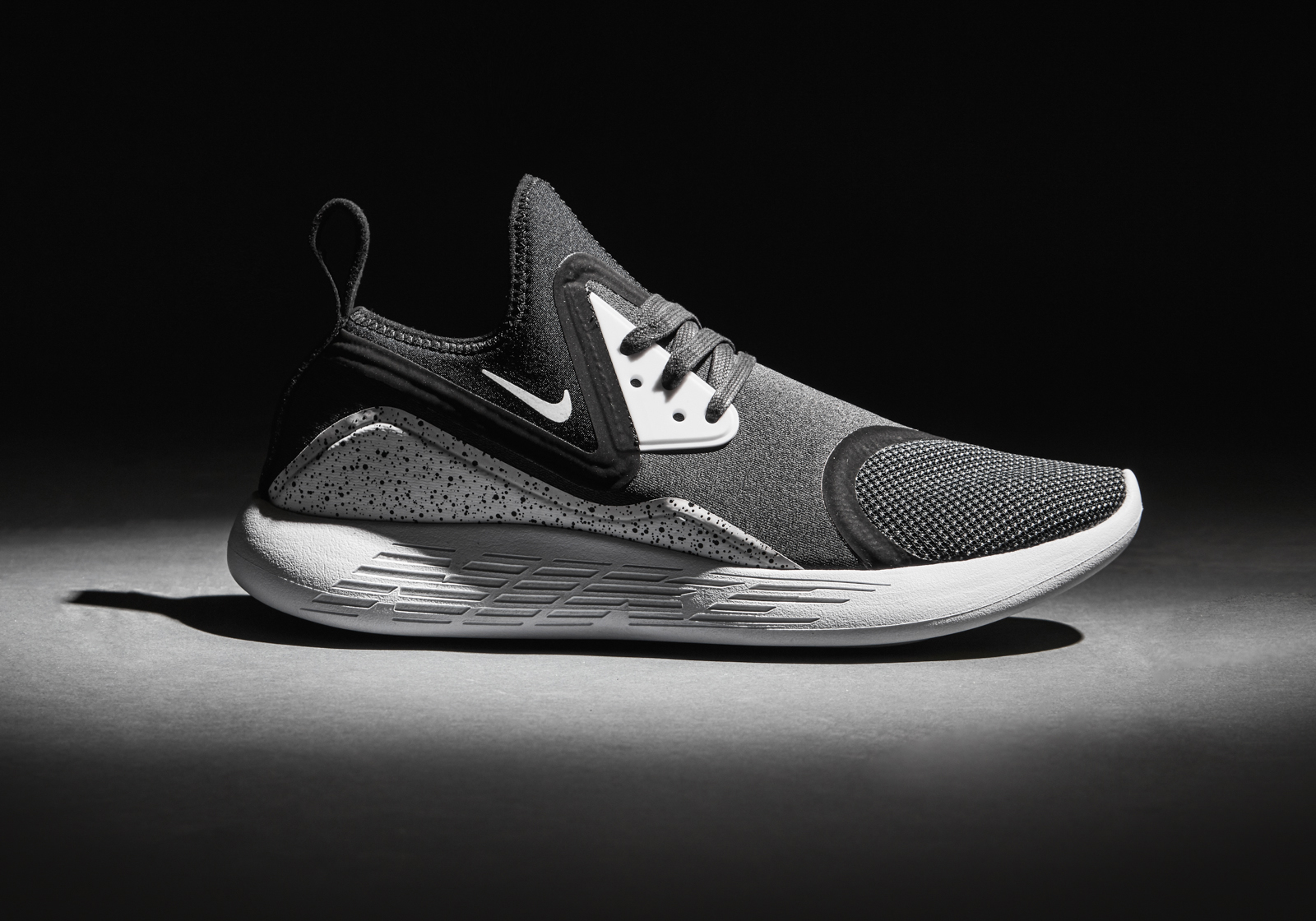